To promote my mathematics blog: that's what I do here most Sundays. In case you missed it, here's the past week's articles. I'm back to lower volume but I think no less interesting stuff:

What was happening at Motor City Fur[ry] Con on Saturday after the Animal Magic Show? Here's pictures: 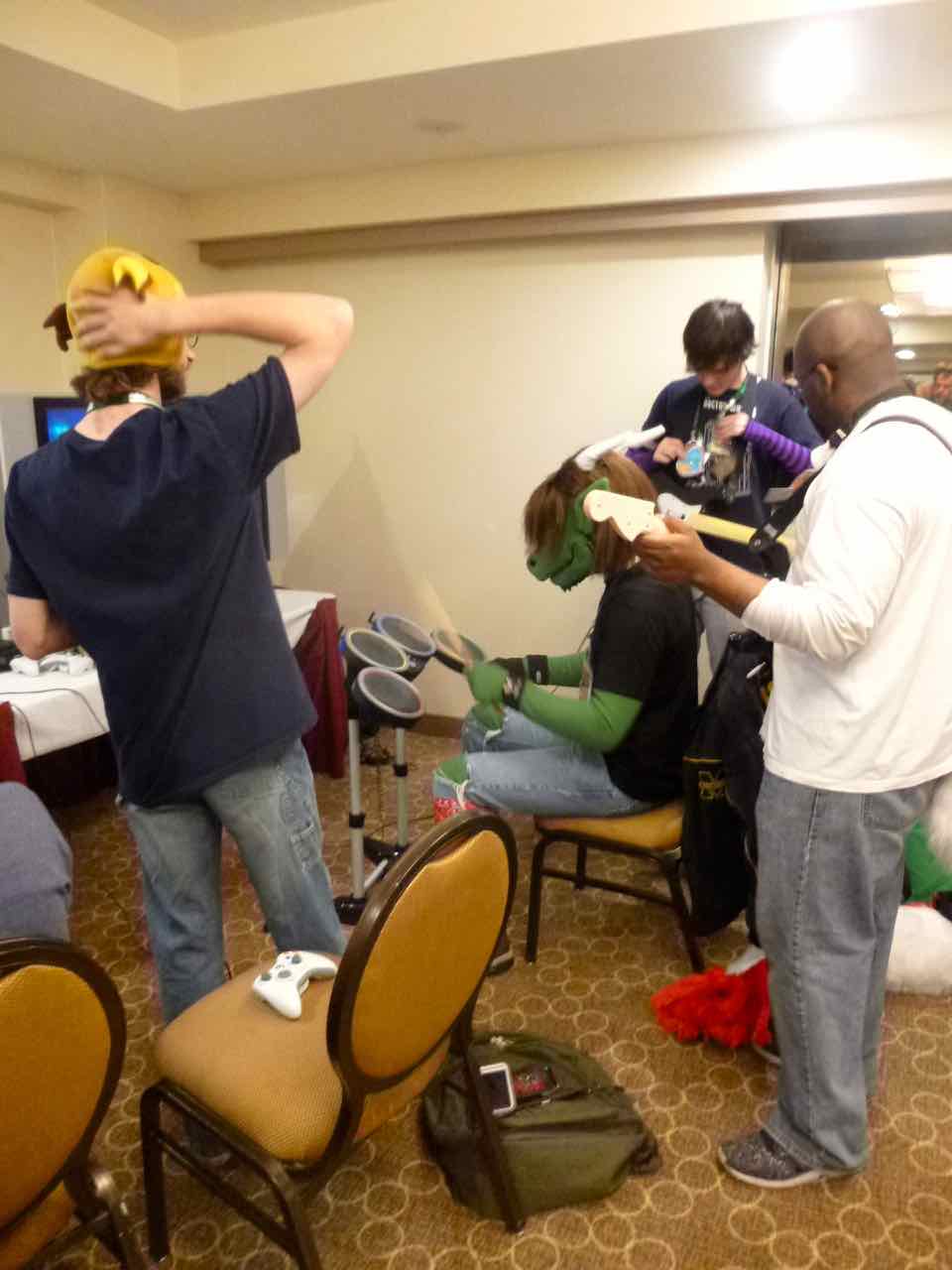 Dragon, on drums. The Rock Band corner of the video game room at Motor City Furry Con 2016. And I always like costumes that let people do normal stuff in them. Possibly a lizard instead of a dragon. 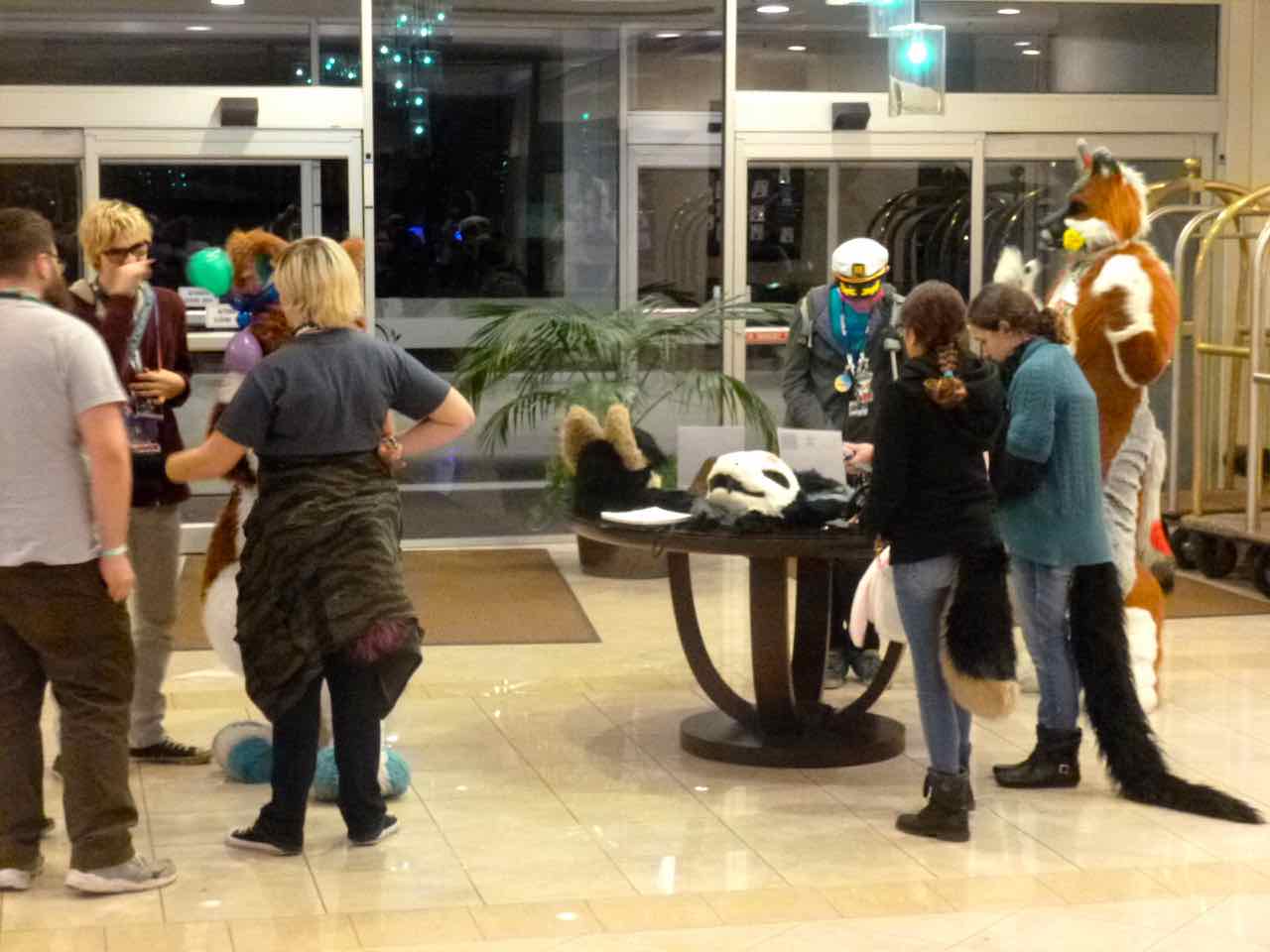 Hanging around the hotel lobby at Motor City Furry Con and wondering, like, when did all the fursuiters decide they didn't mind going around headless? Didn't that used to be a big deal? 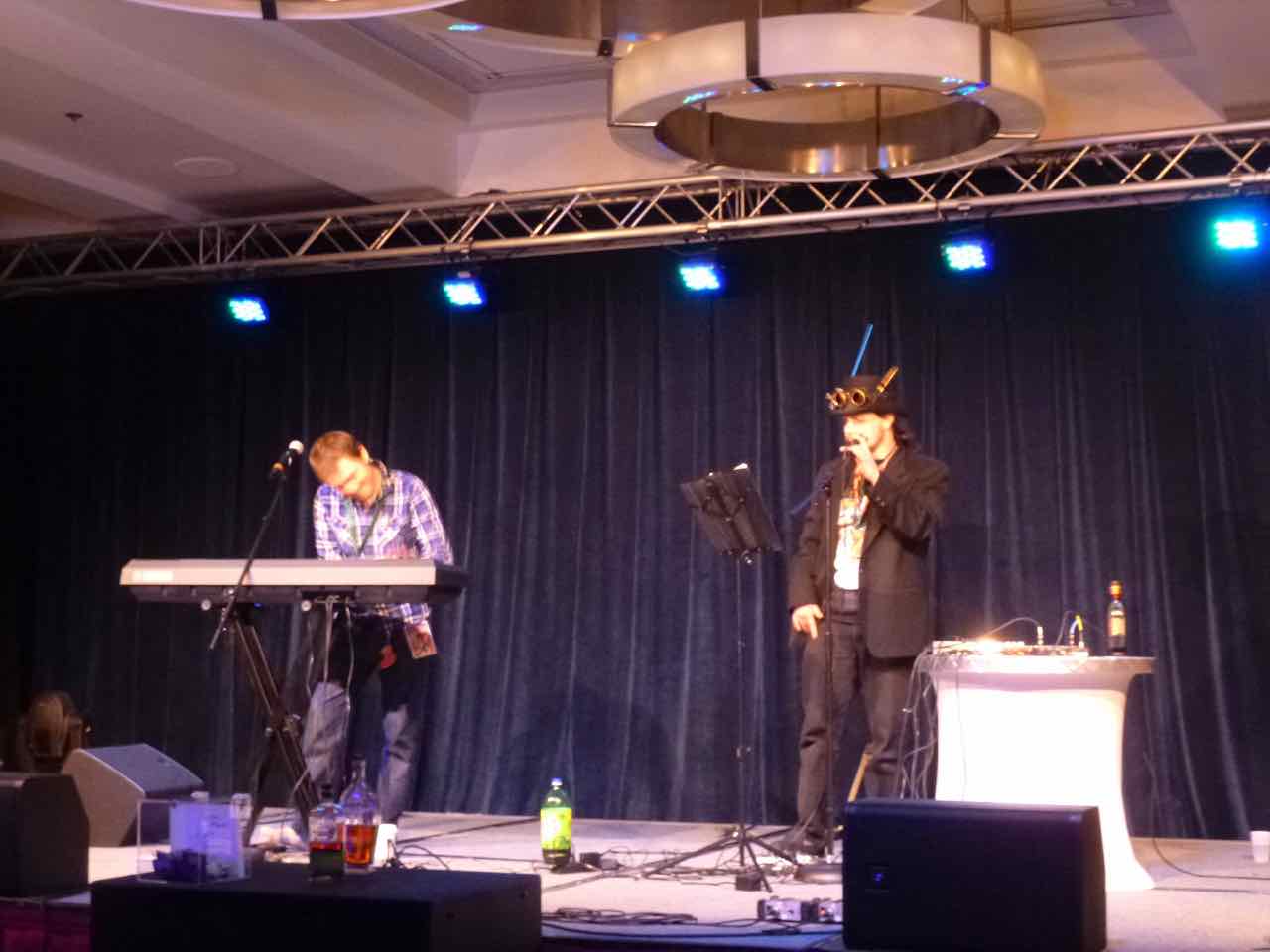 Fox Amoore and Pepper Coyote's Saturday, drinking, show. The charity box and some of the bottles of whiskey and whatnot are in the lower left. Oddly, though I had better seats for this show, I got much more boring photographs. Sorry for that. 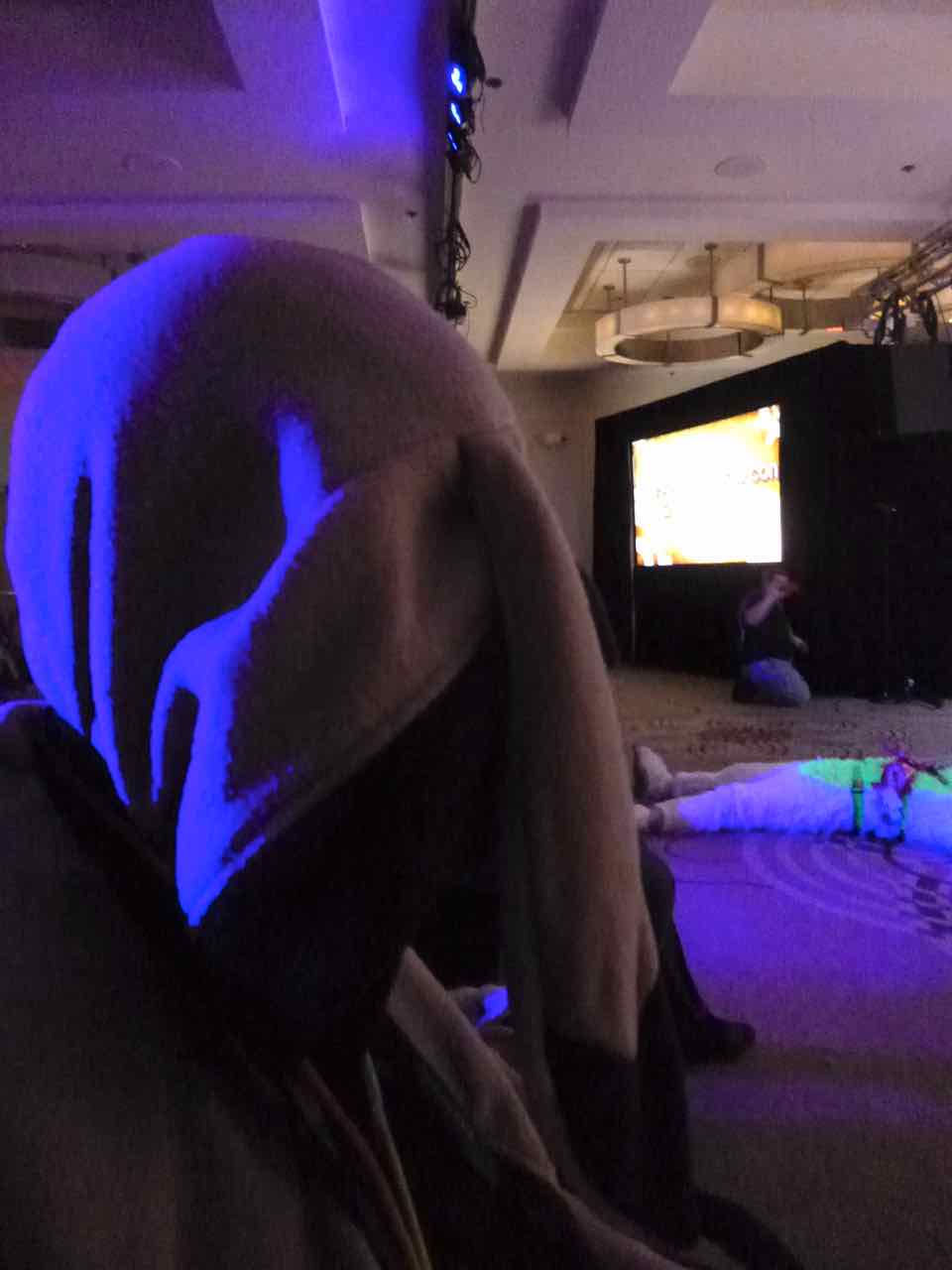 bunny_hugger hides her head after some particularly corny joke at the Fox Amoore/Peper Coyote drinking show. Note that one fursuiter's been knocked out entirely by whatever it was, which I admit, I don't remember. 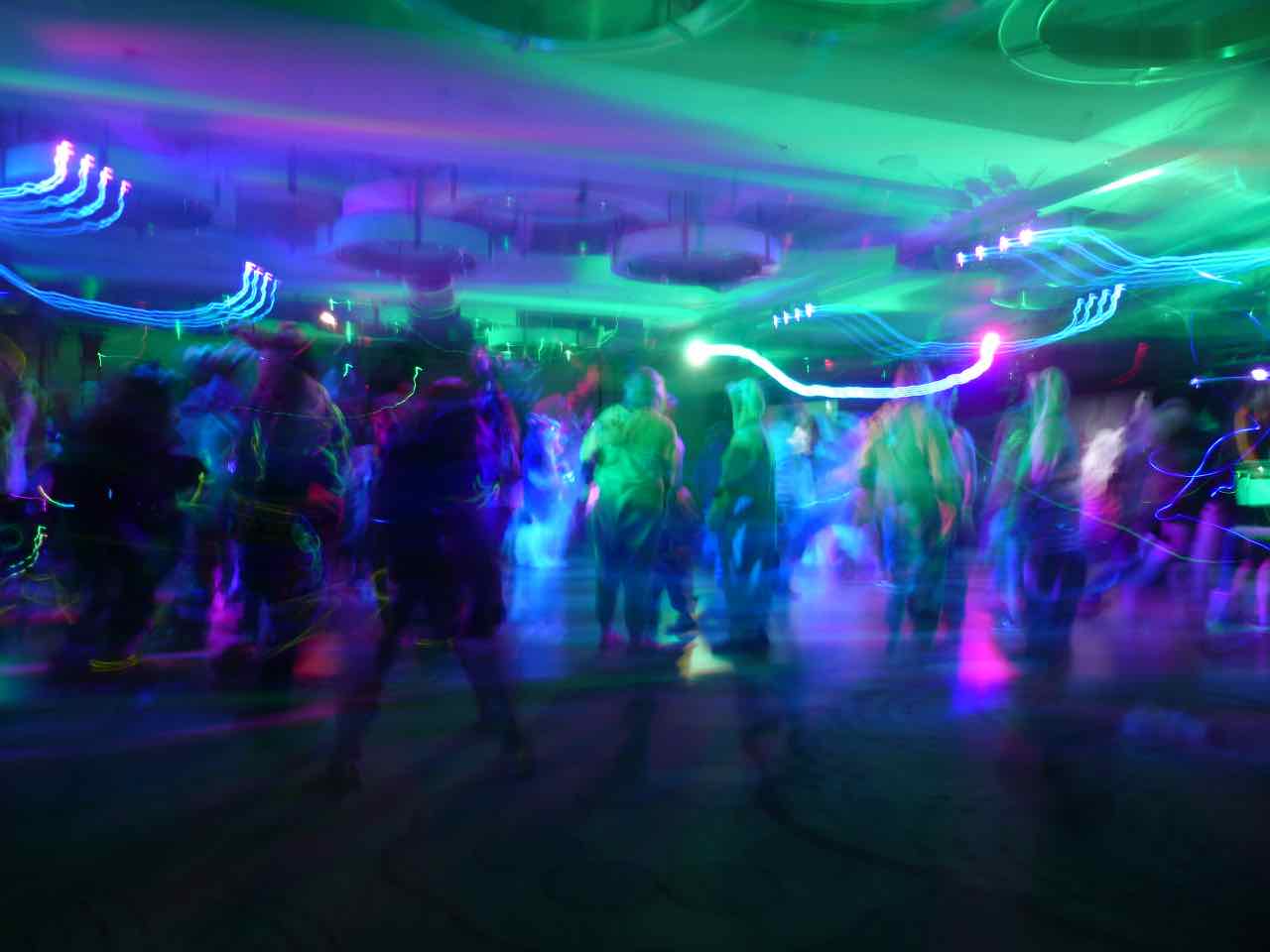 And on to the Saturday night dance! I'm guessing that my hand twitched during the one-fifteenth of a second the shutter was open, so as a result we got the fandom's album cover.

Currently Reading: Attention All Passengers: The Airlines' Dangerous Descent - And How To Reclaim Our Skies, William J McGee.