From my mathematics blog (mine) this past week:

If you'd like to read these as they're posted, you can get them e-mailed to you and see where I noticed stuff in need of editing just a little too late. Go over there and subscribe! Or you can put it on your Friends page, or if you have an RSS reader that isn't just Livejournal's RSS-to-friends-page-stuff you can do that too. It turns out if something has an RSS feed you can make a Livejournal Friend out of it, as see for example The Daily Bunny. Neat, right?

And now some pictures from Pinball At The Zoo, 2016 Edition: 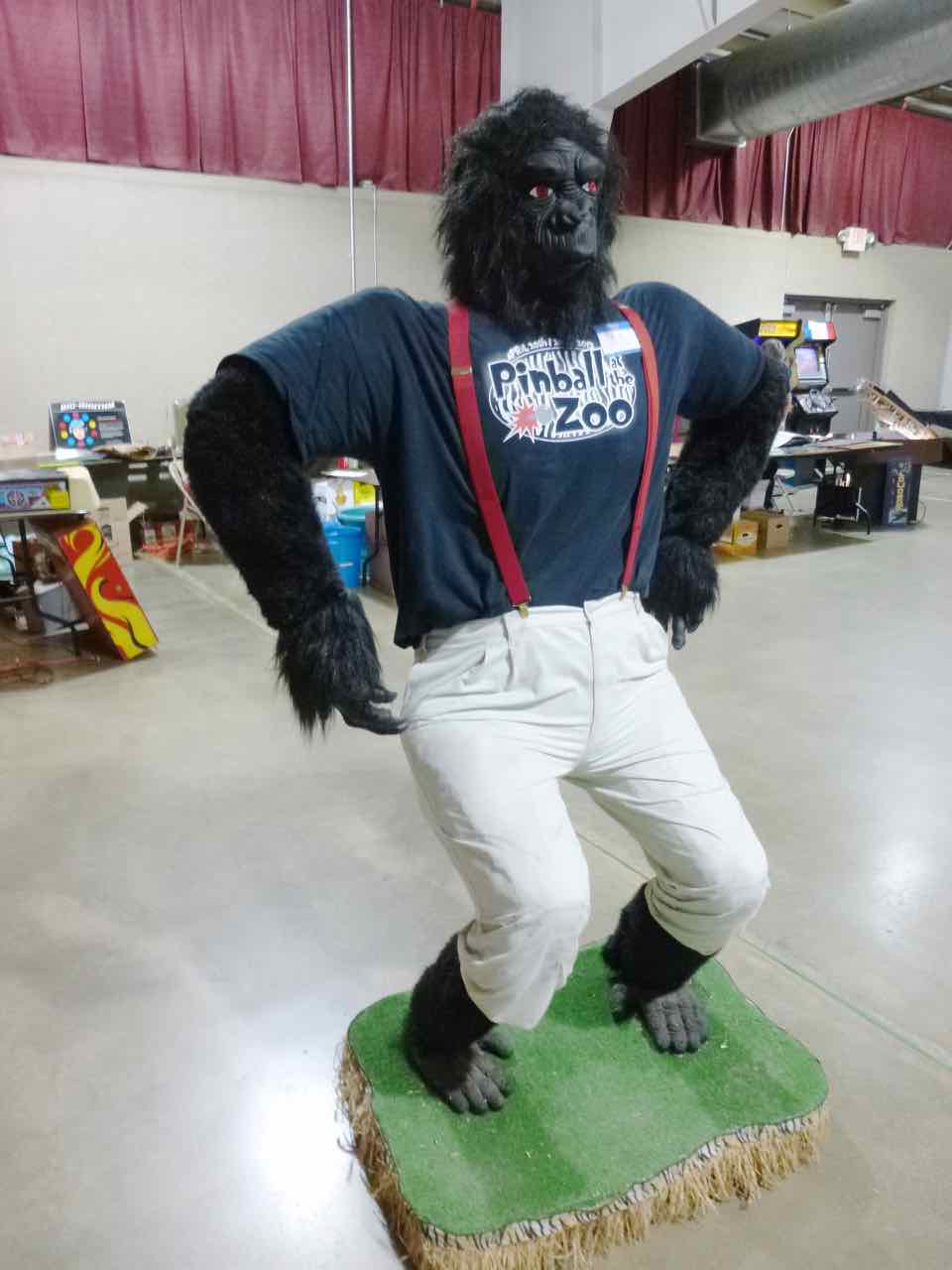 Figure greeting everyone at the Pinball At The Zoo center. The gorilla's there every year. Behind him is the soda pop table, run by the guy who has the Klassics Arcade in Gobles. He's the not-exactly-local Moxie distributor. 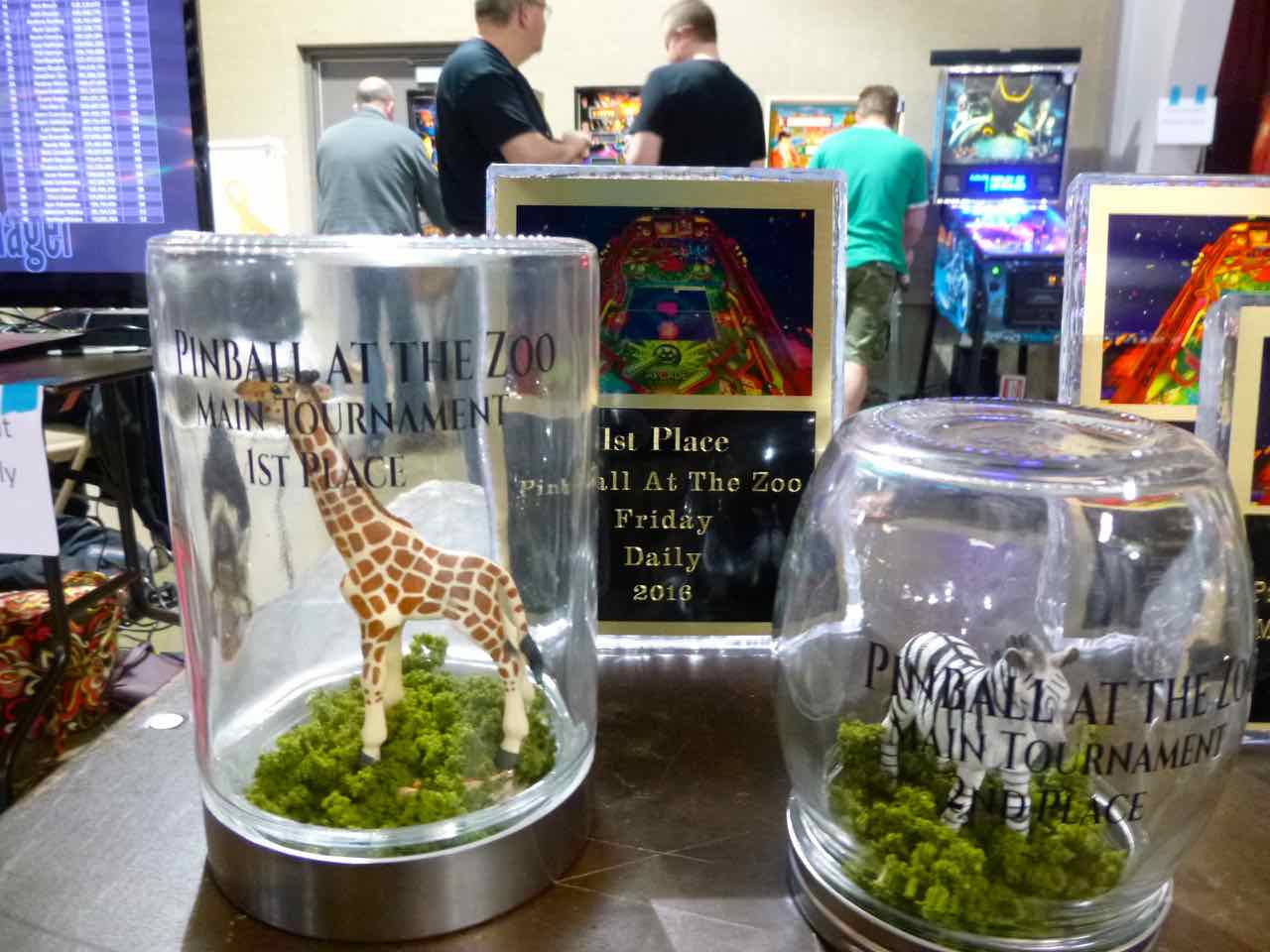 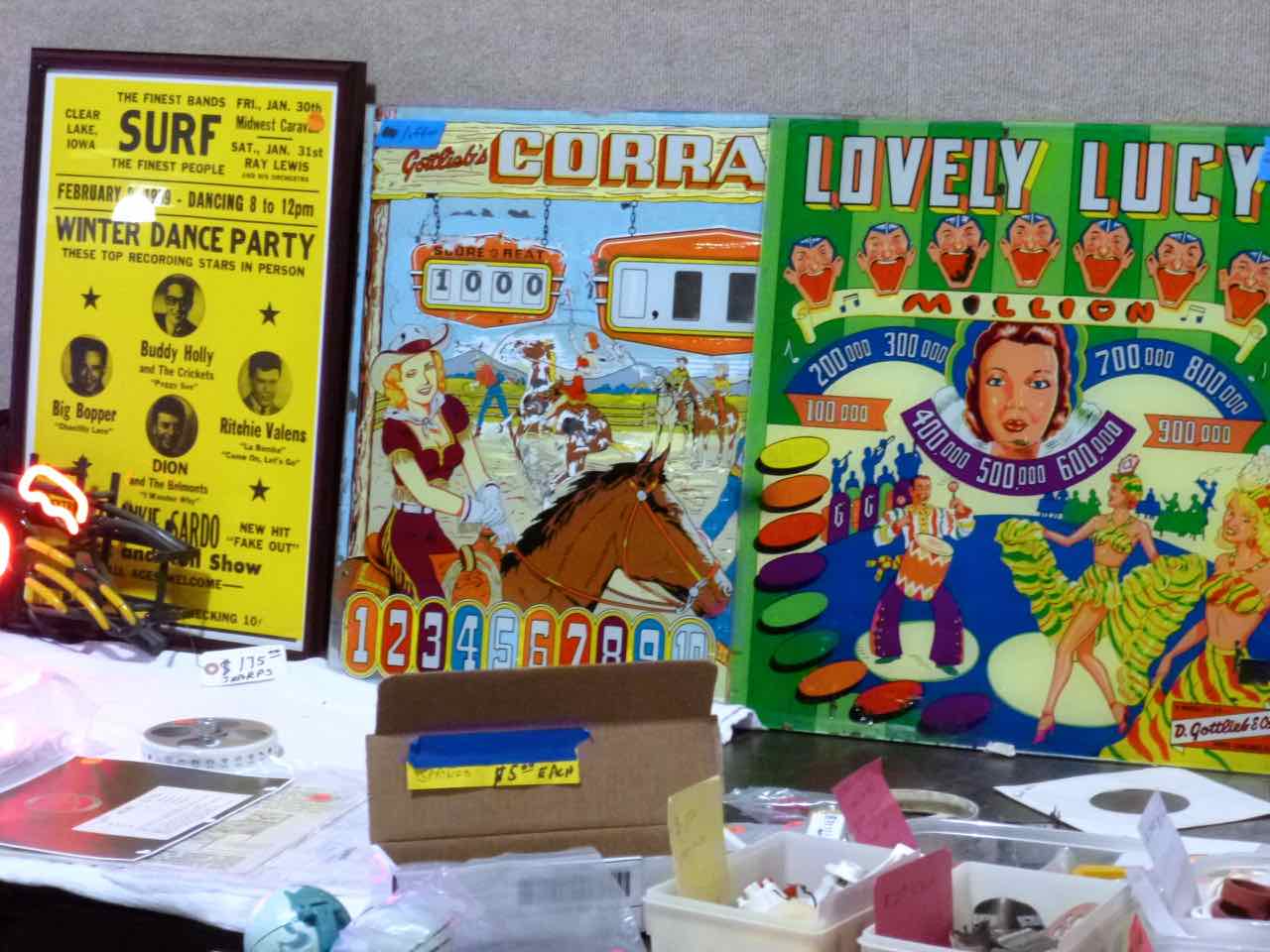 Merchandise table for Pinball At The Zoo. Backglasses are popular items to sell, as works of art or because replacements are needed. And then there's whole bins full of miscellaneous parts, including a lot of lights and switches. There's also a credits-available score reel on the table, underneath the Winter Dance Party poster. 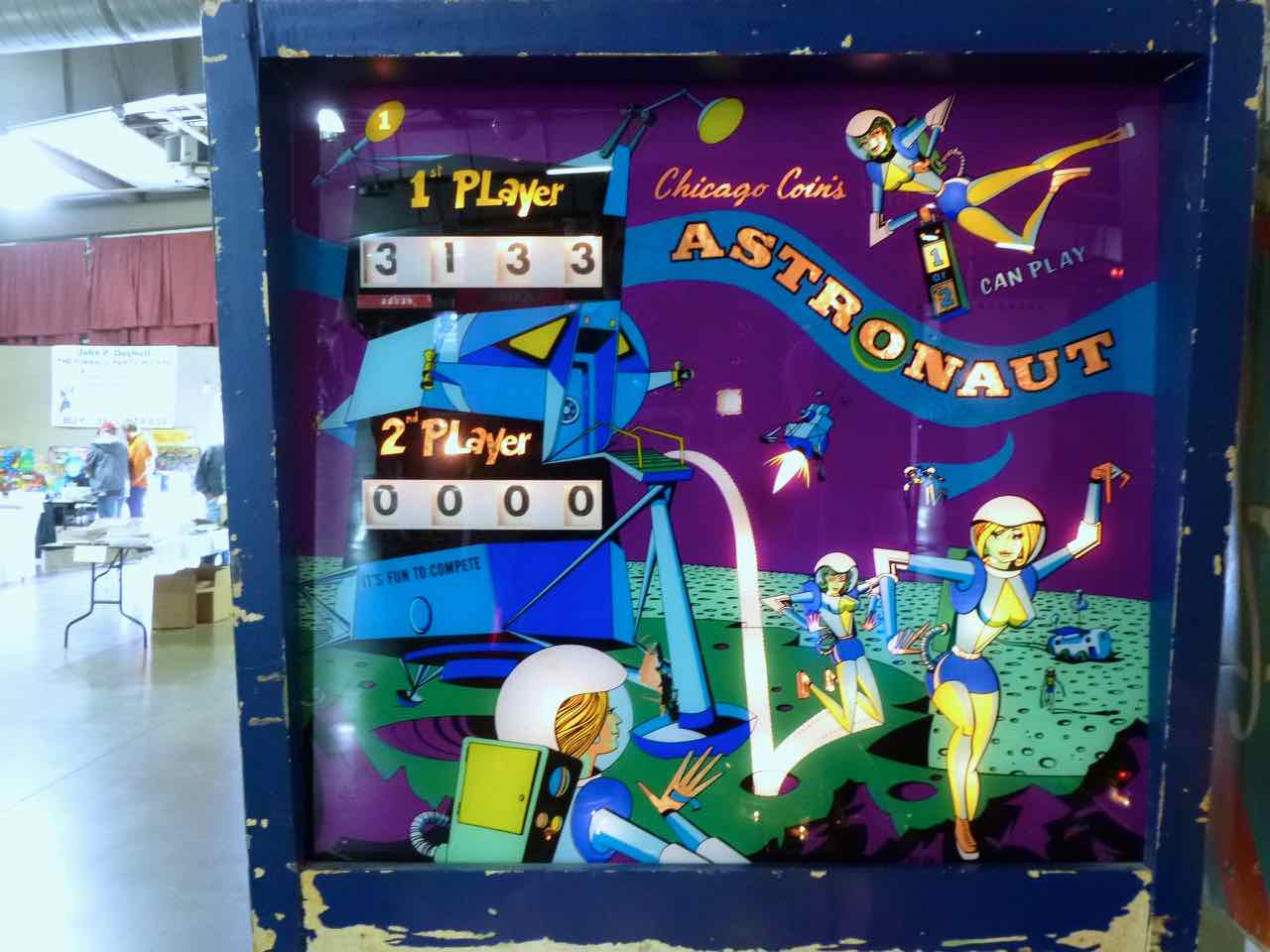 Part of the fun of this sort of thing is playing exotic or rare games. Or just admiring the weird artwork of them. Here's Chicago Coin's Astronaut, a 1969 game that's got the Lunar Module shapes about right but seems to think the crew more numerous and more lightly dressed than realistic. The art here is by Christian Marche, who did a lot of tables, including the Tri Zone we own. One of the vendors had a backglass for 1978's Lectronamo but I failed to get a good picture of it, which is a shame since it's got quite the art. 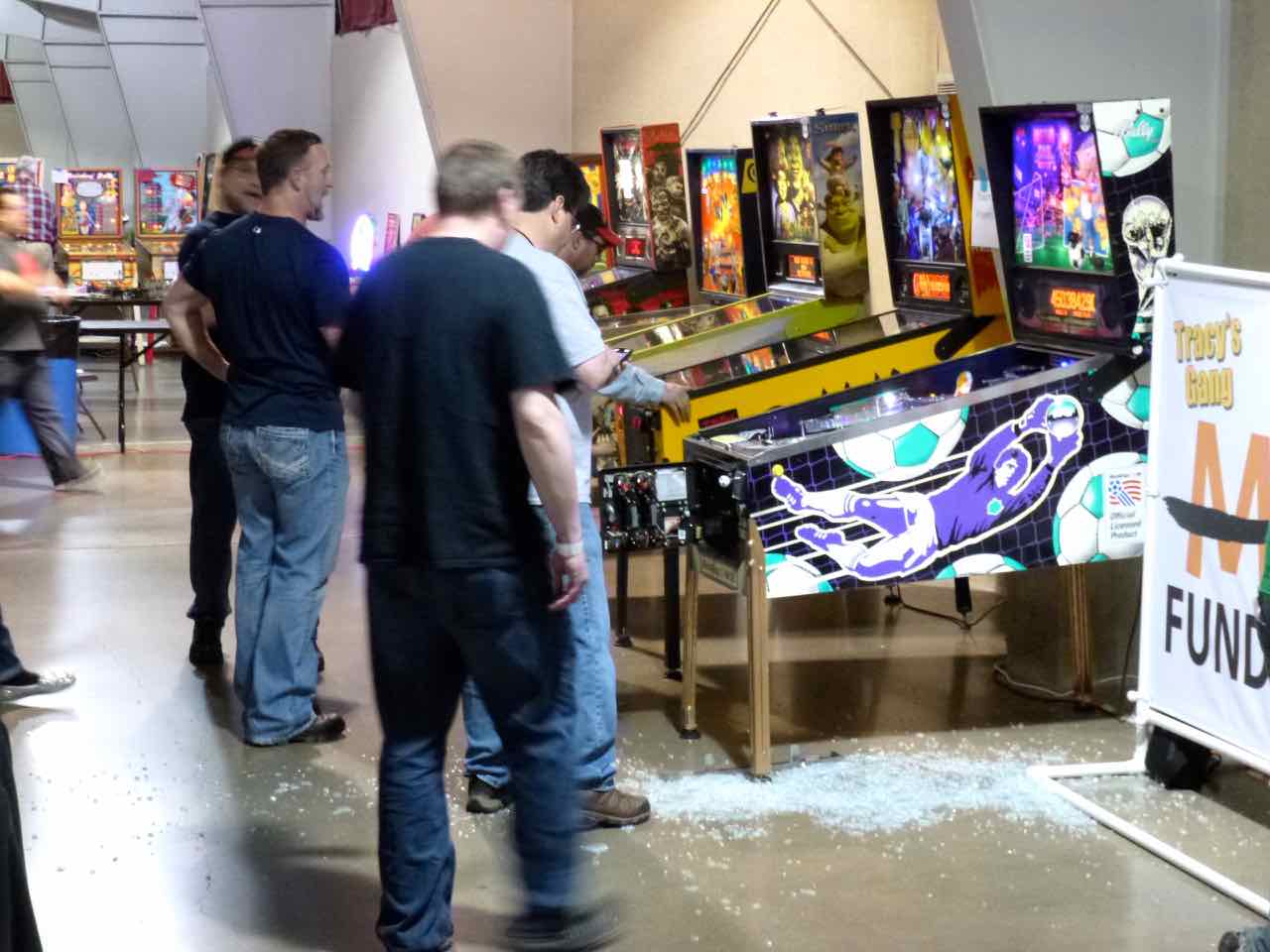 Disaster! The glass was removed to handle some minor mechanical issue with qualifying play and then something or other happened and there was a major mechanical issue. This is what everybody is scared of when they start taking the glass off. But nobody was hurt, and the glass was cleaned up in strikingly quick order. Play continued. 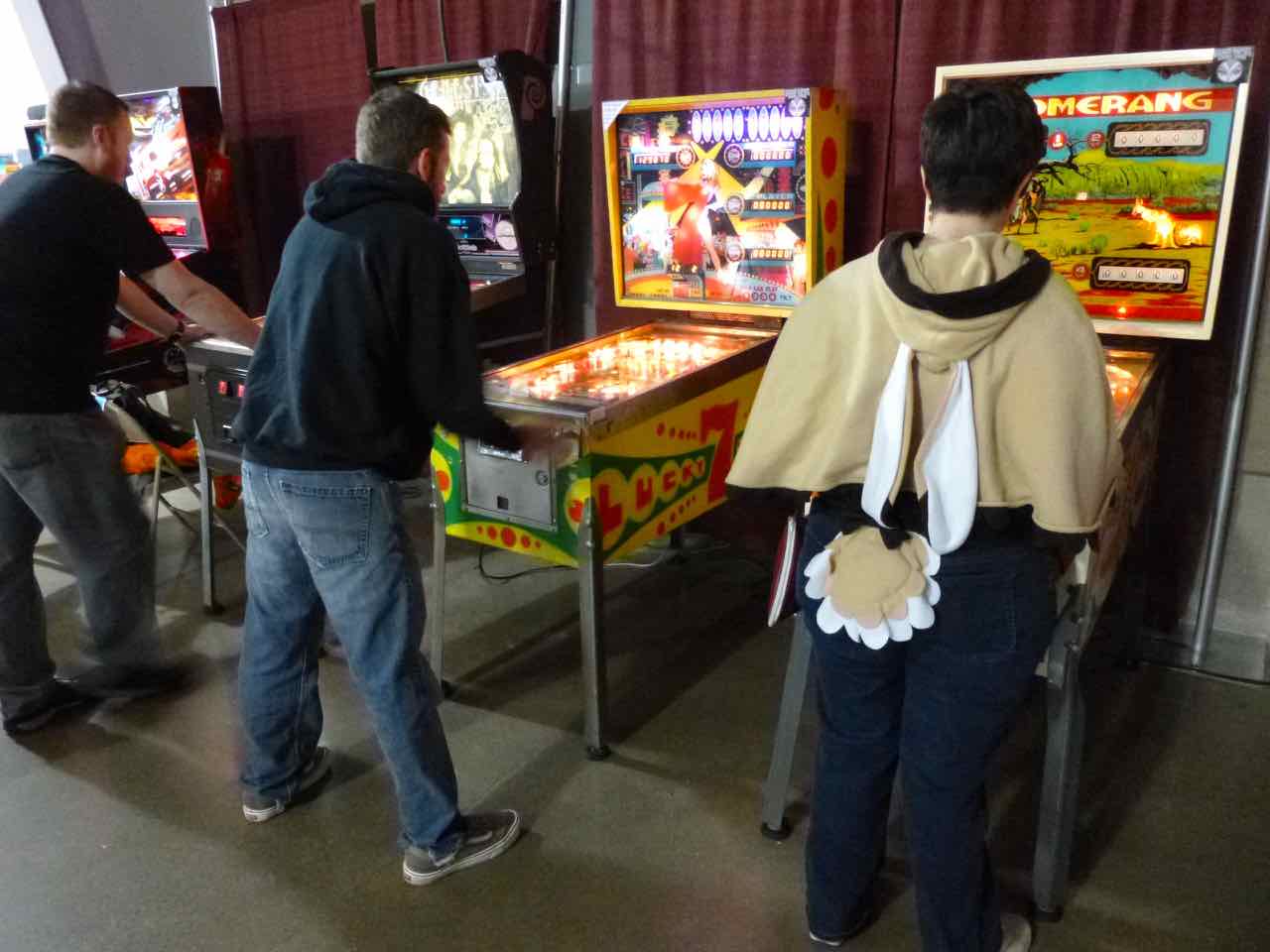 bunny_hugger hard at work qualifying for the Classics tournament.

Trivia: George Washington owned 1,200 acres in Alexandria, and his wife's grandson George Washington Parke Curtis owned 950 acres (in what is now Arlington Cemetery) when he set the borders for the Federal District to include Alexandria, Virginia. John Adams would years later complain the decision had increased the properties' values a thousand percent. Source: Washington Burning: How A Frenchman's Vision for Our Nation's Capital Survived Congress, the Founding Fathers, and the Invading British Army, Les Standiford.

Currently Reading: Pictorial Lansing: Great City on the Grand, Helen E Grainger. Grainger was a local history guide for mostly school trips and the text is basically what she'd say, with paragraphs in ascending order of reading complexity.