As Friday, more or less, it's Humor Blog Awareness Day. If you didn't catch it on your Friends page, there's the RSS feed, or just this pile of links:

Now back to AnthrOhio photos and the most photogenic of the days, the one with the Fursuit Parade: 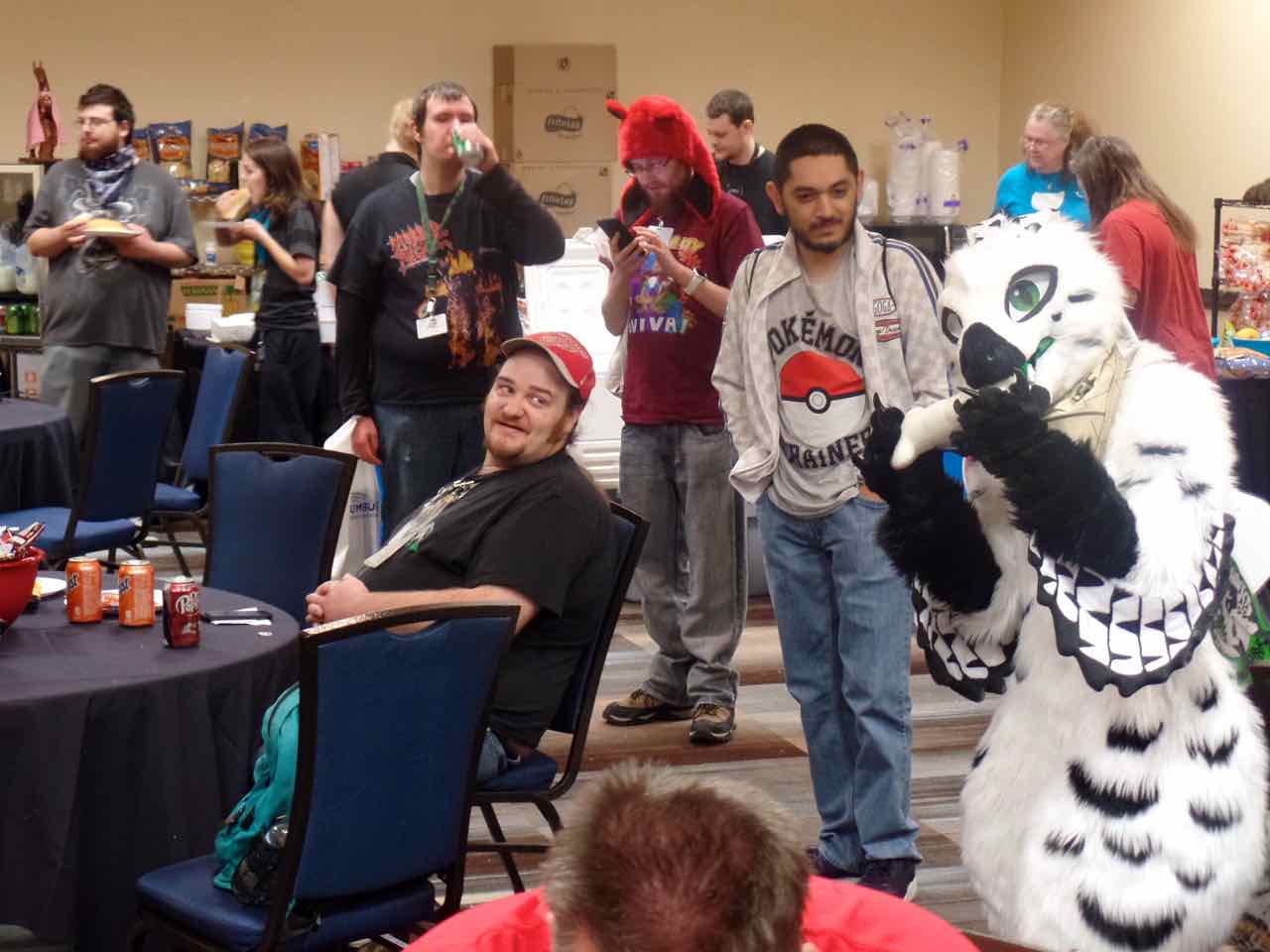 Con suite, Saturday morning. It's a lot of nibbling without a particular central focus. I make out three people staring at cell phones here; you? 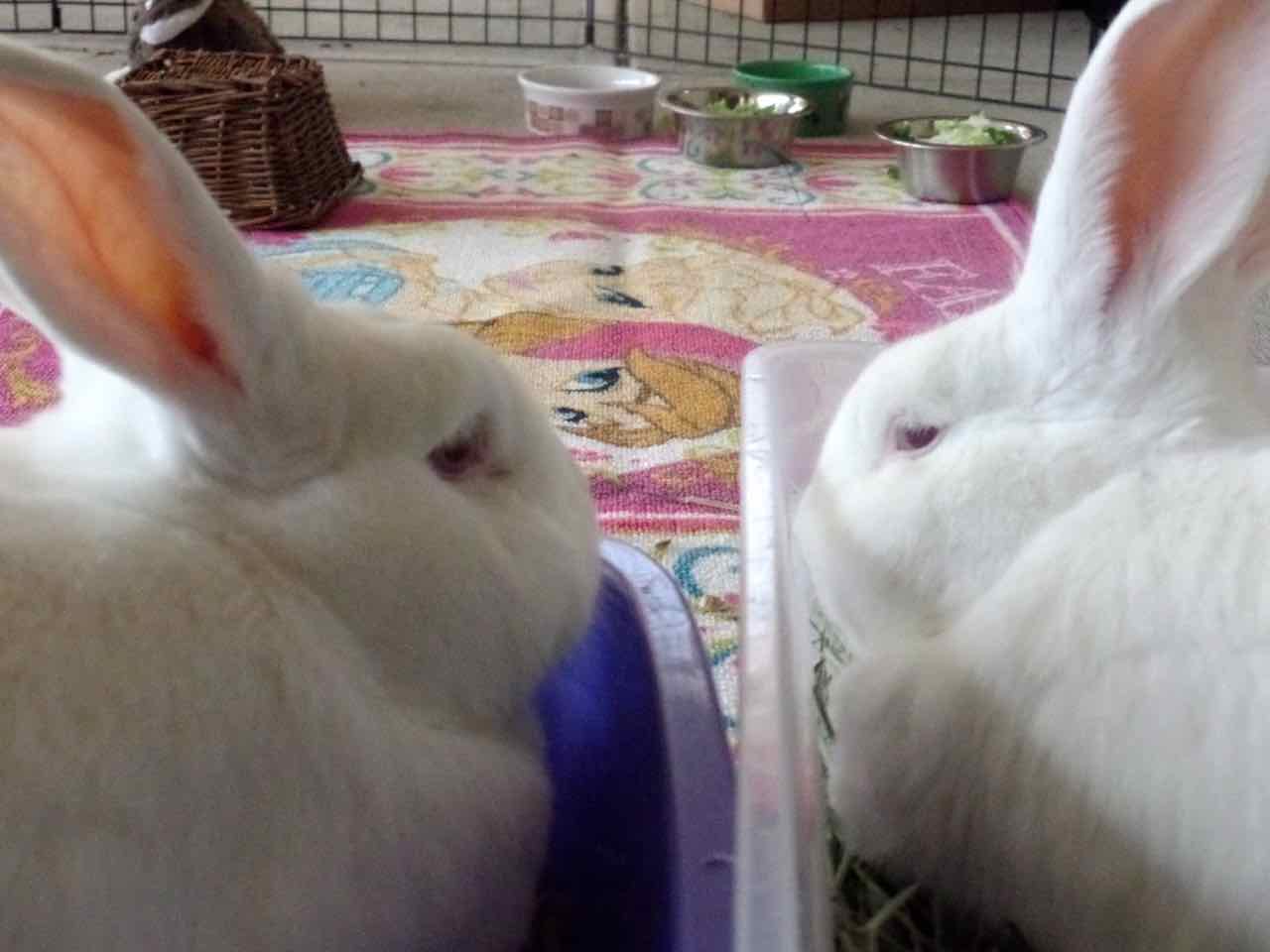 Bunnies! The morning rabbits from the Ohio Rabbit Rescue Society. A couple nice white bunnies that I believe were a bonded pair. Yeah, that's some Frozen towels in the background. 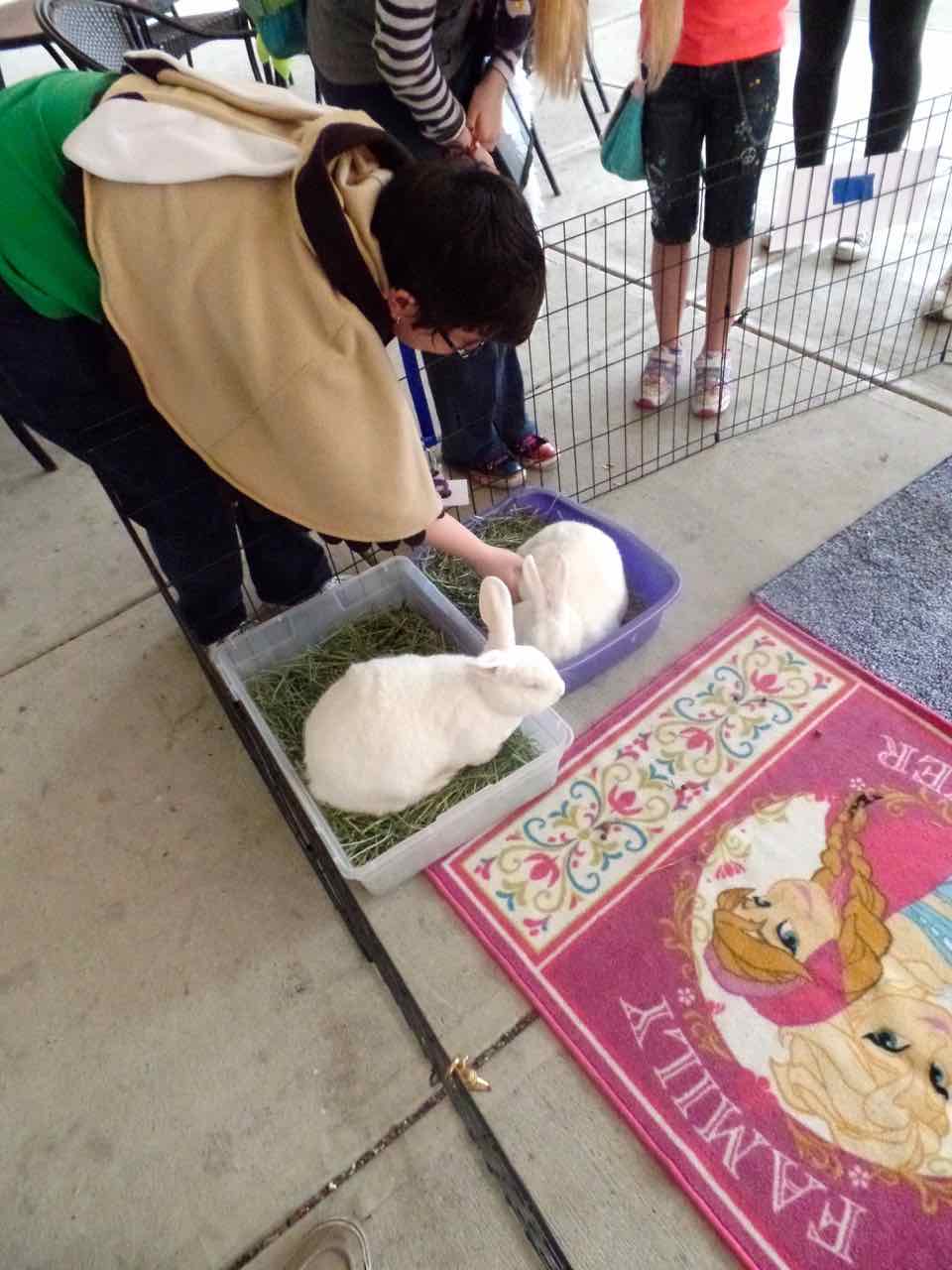 bunny_hugger, who's wearing her bunny cape. Adorable, isn't it? The darlings of the Fursuit Parade this year: exactly who you might expect. I don't know what happened to last year's Rocket Raccoon. Also far off on the right, someone who has a similar nice long striped tail to mine, but doesn't have the courage to wear it up. 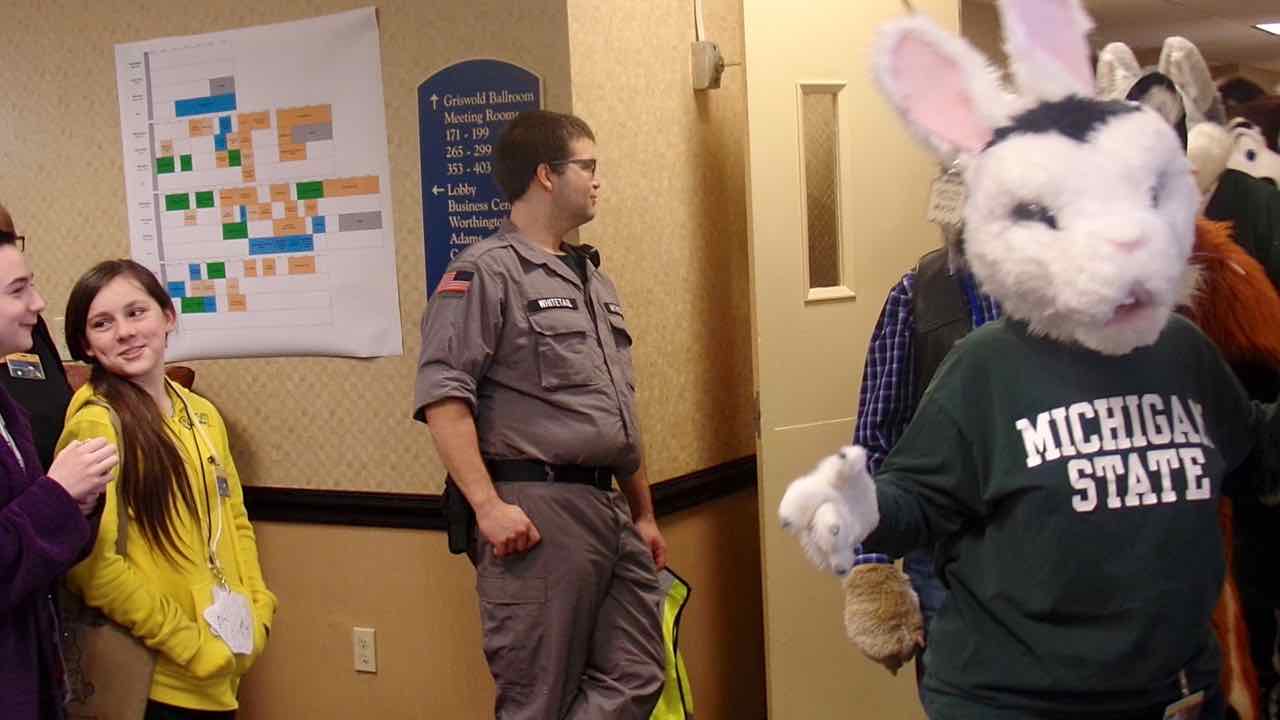 bunny_hugger's moment walking past me in the Fursuit Parade! Also I'm not sure but I think that's Dwight Schrute dressed as a Ghostbuster to her right.

Trivia: While developing his lie detector Charles Keeler, experimenting on himself, discovered a minor cardiovascular abnormality which caused his heart to skip a beat when he was stressed. (It resulted from an old streptococcus infection.) He switched to using friends and roommates for testing. Source: The Lie Detectors: The History of an American Obsession, Ken Alder.

PS: Theorem Thursday: A First Fixed Point Theorem, because I figured this would be a nice easy thing I could dash off in a hurry and then it was two thousand words.