Mathematics blogging: it's on your Friends page. Or it's in your RSS feed. Or it's here. Run the past, slightly less busy than normal, week:

And how did AnthrOhio's Saturday wrap up? Dancing, hanging around, karaoke, that sort of thing. Proof? I can give you proof. 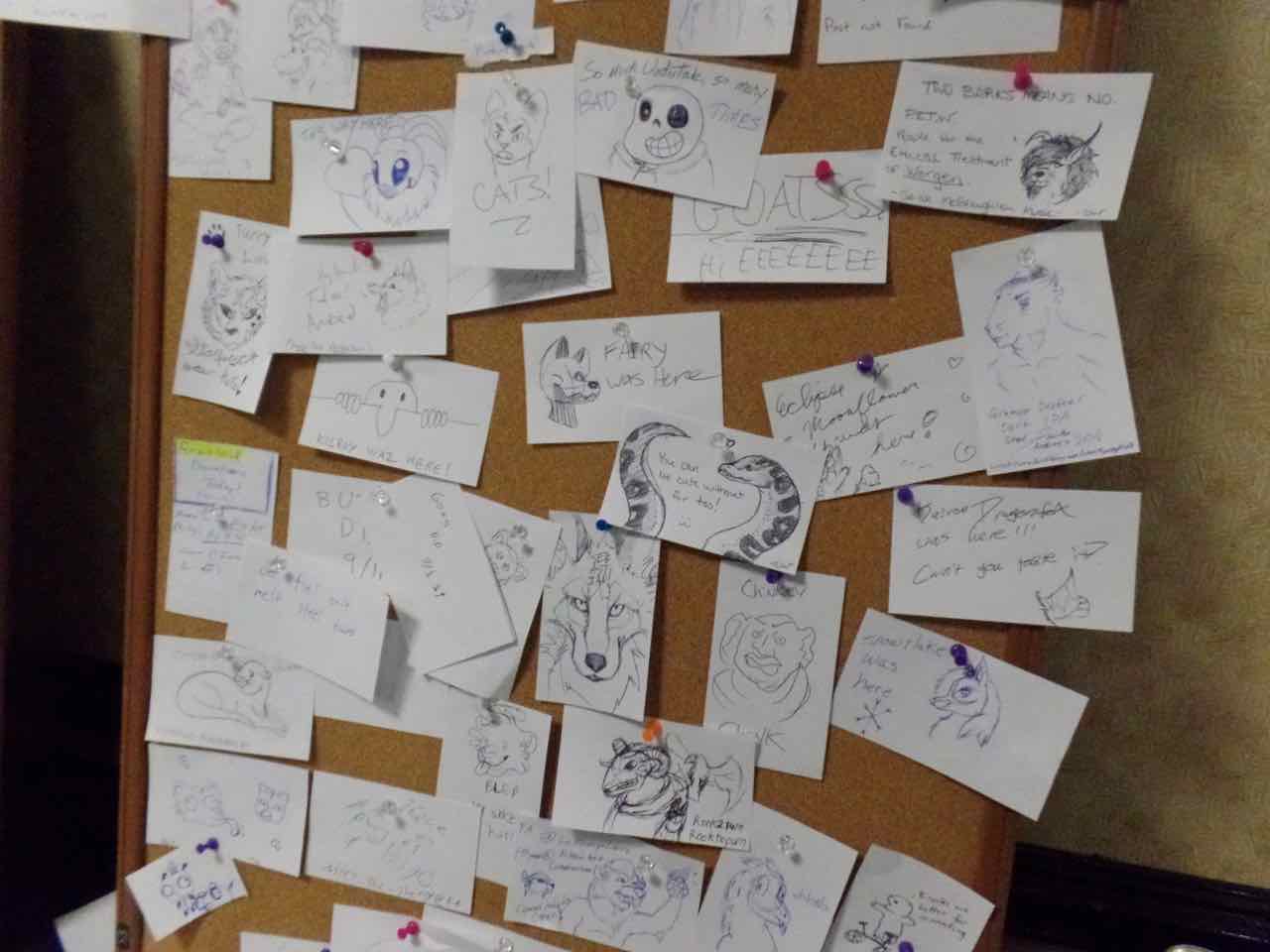 The message board: what we did before Twitter. Also, since it's a way of people announcing they're here and showing pictures to draw attention to themselves, it's still what we do with Twitter. 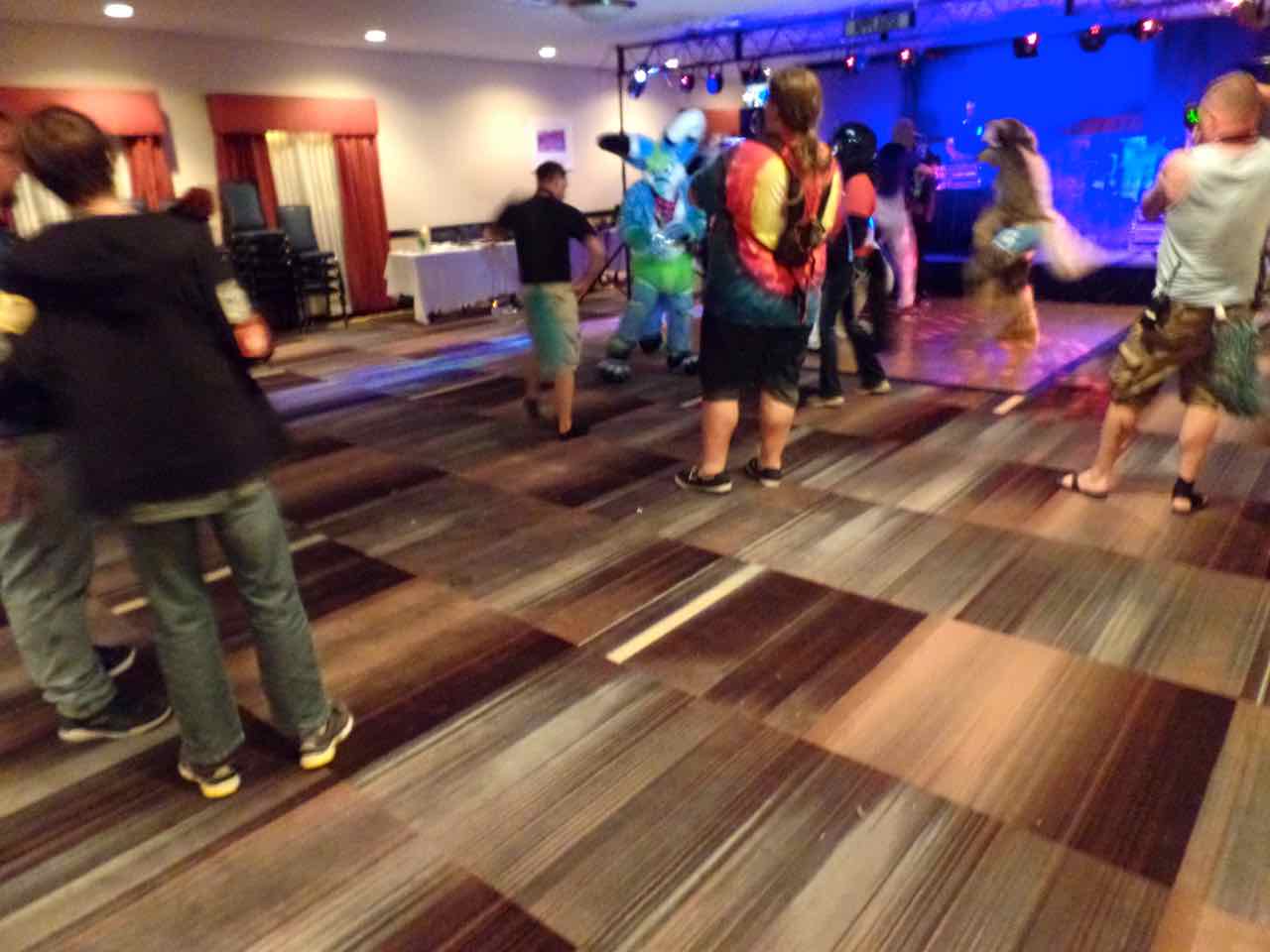 Quiet moment at the Saturday night dance. I didn't get any good pictures of mobs of fursuiters dancing. 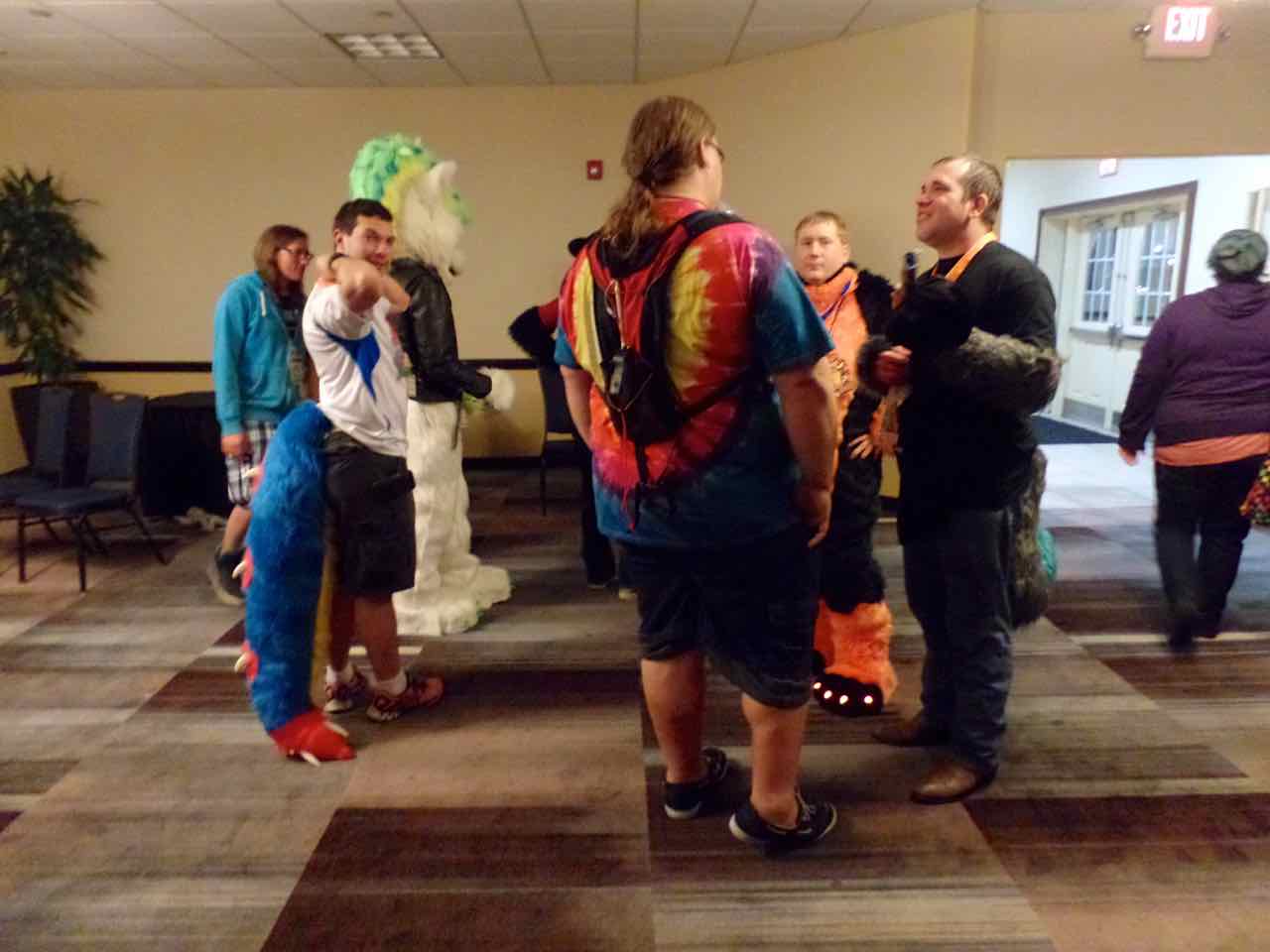 The crowd gathered in the anteroom outside the dance. The room arrangements allowed this and that was good in giving a convenient spot to retreat if you needed a little rest. 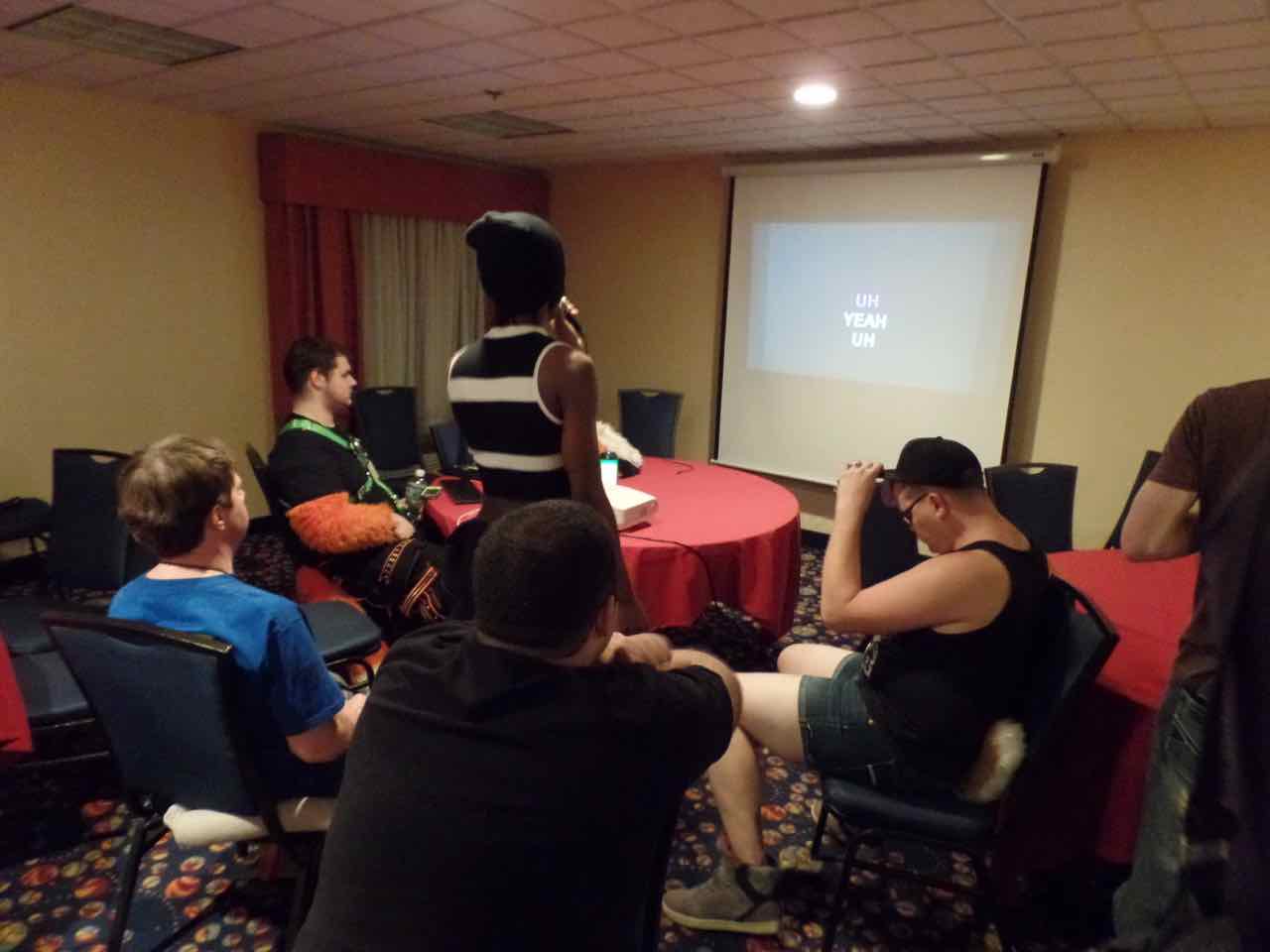 Karaoke, successful! With some of the less-inspired lyrics on the screen. (``Uh Yeah Uh'') 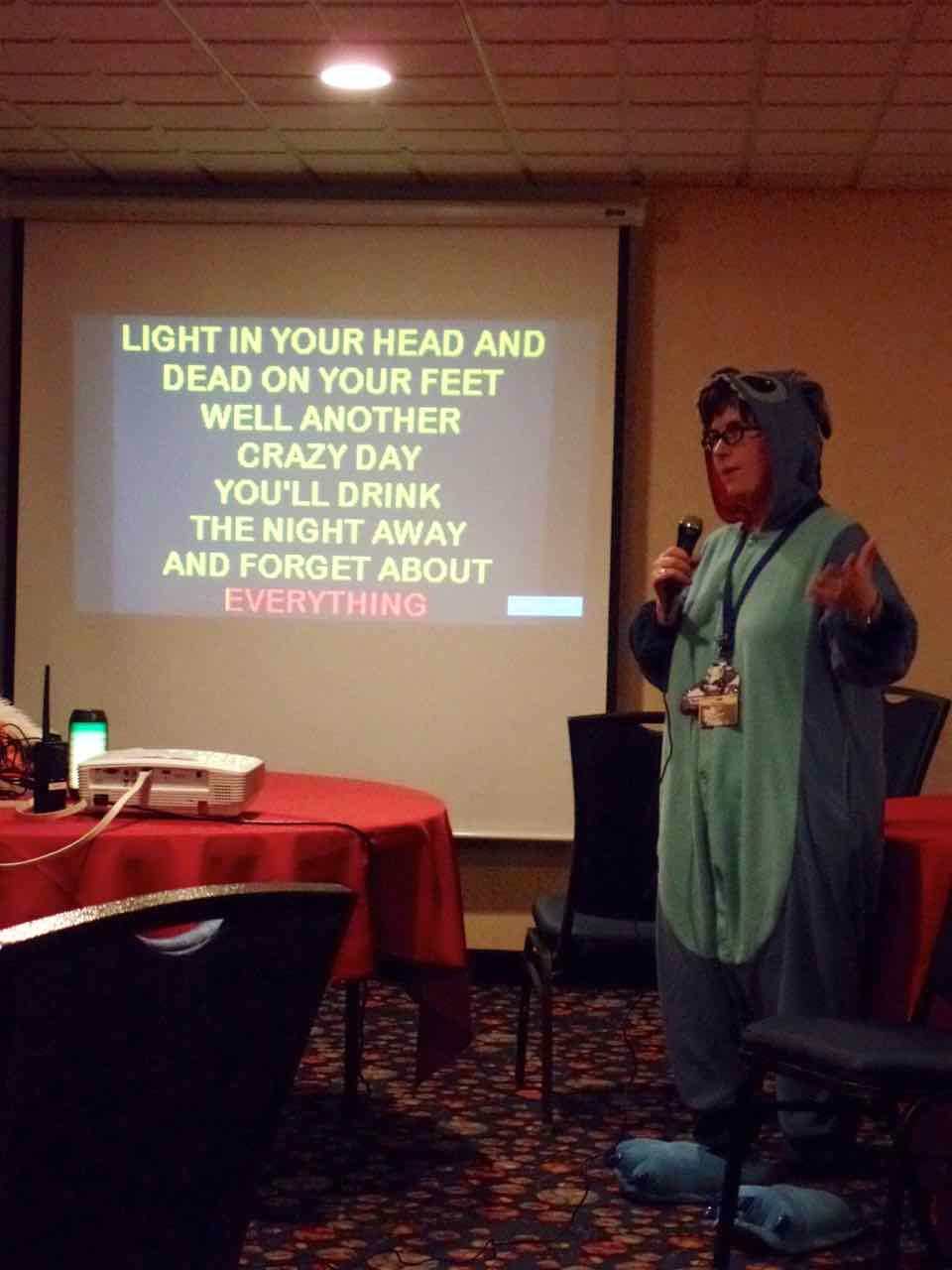 Trivia: Technically, the last major league game forfeited because a team failed to show up was on 17 July 1902 when the Baltimore (Orioles) failed to field a team against the Saint Louis (Browns). Source: The Rules of Baseball: An Anecdotal Look at the Rules of Baseball and How They Came To Be, David Nemec. (The team had only five players available, the result of a contract battle you would probably be amazed to learn about. Also, don't take baseball team names from that era too seriously.)

Currently Reading: The Camera Does The Rest: How Polaroid Changed Photography, Peter Buse.