I've made it another week without running out of stuff on my humor blog! It could be on your Friends page or on your RSS feed, but if you like here's a list of stuff I had the past week:

Back to Holiday World! Features some actual family besides 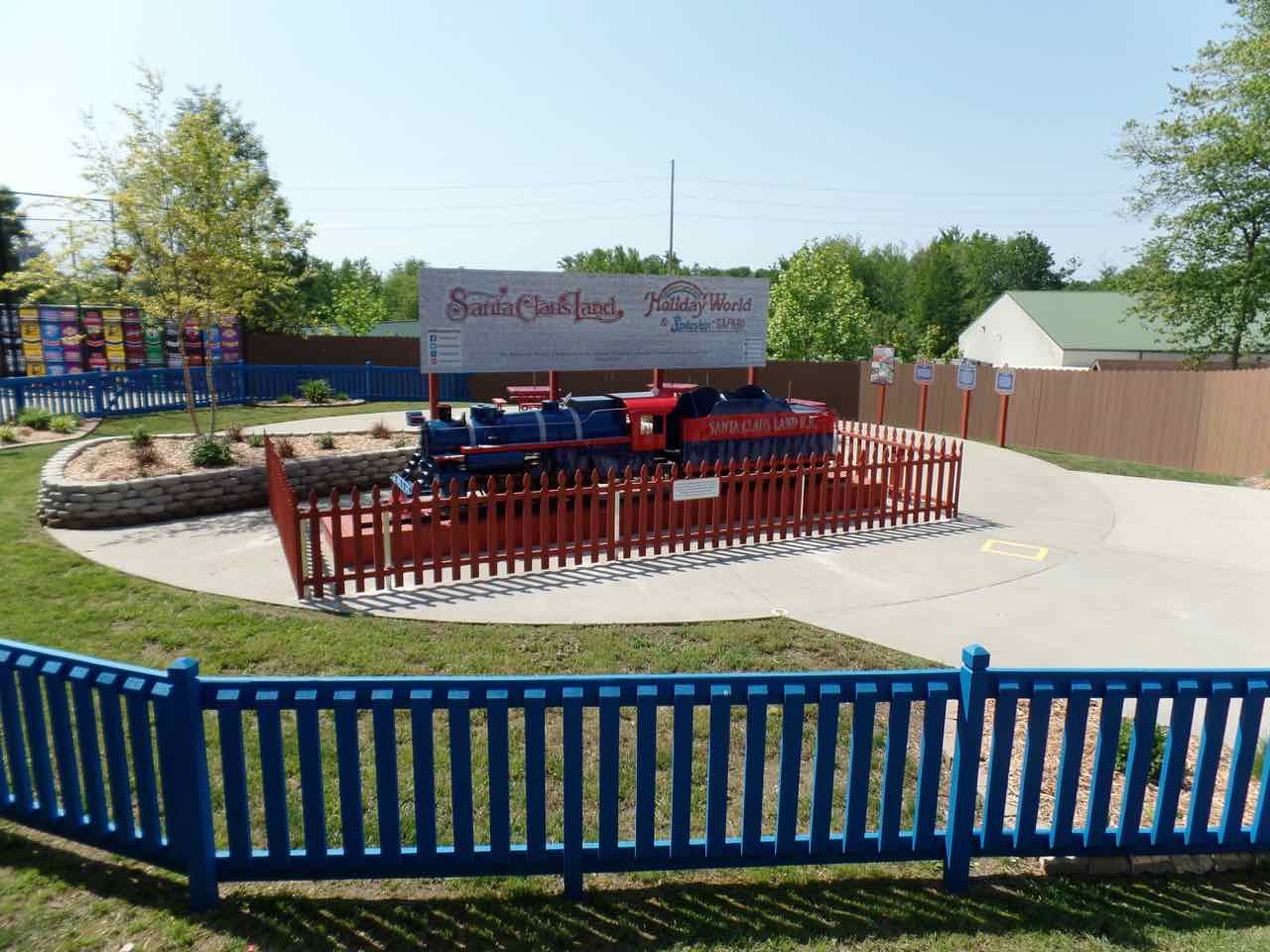 New old decoration for 2016: Holiday World opened in 1946 as Santa Claus Land, probably thus the first real theme park as opposed to amusement park since all the attractions had a theme. The train there was one of their oldest rides, possibly one of the original ones. It ran along a scenic rail track until a few years ago when, to the breaking of everyone's hearts, it was deemed beyond repair. A replacement train now runs through a set of fairy-tale dioramas. 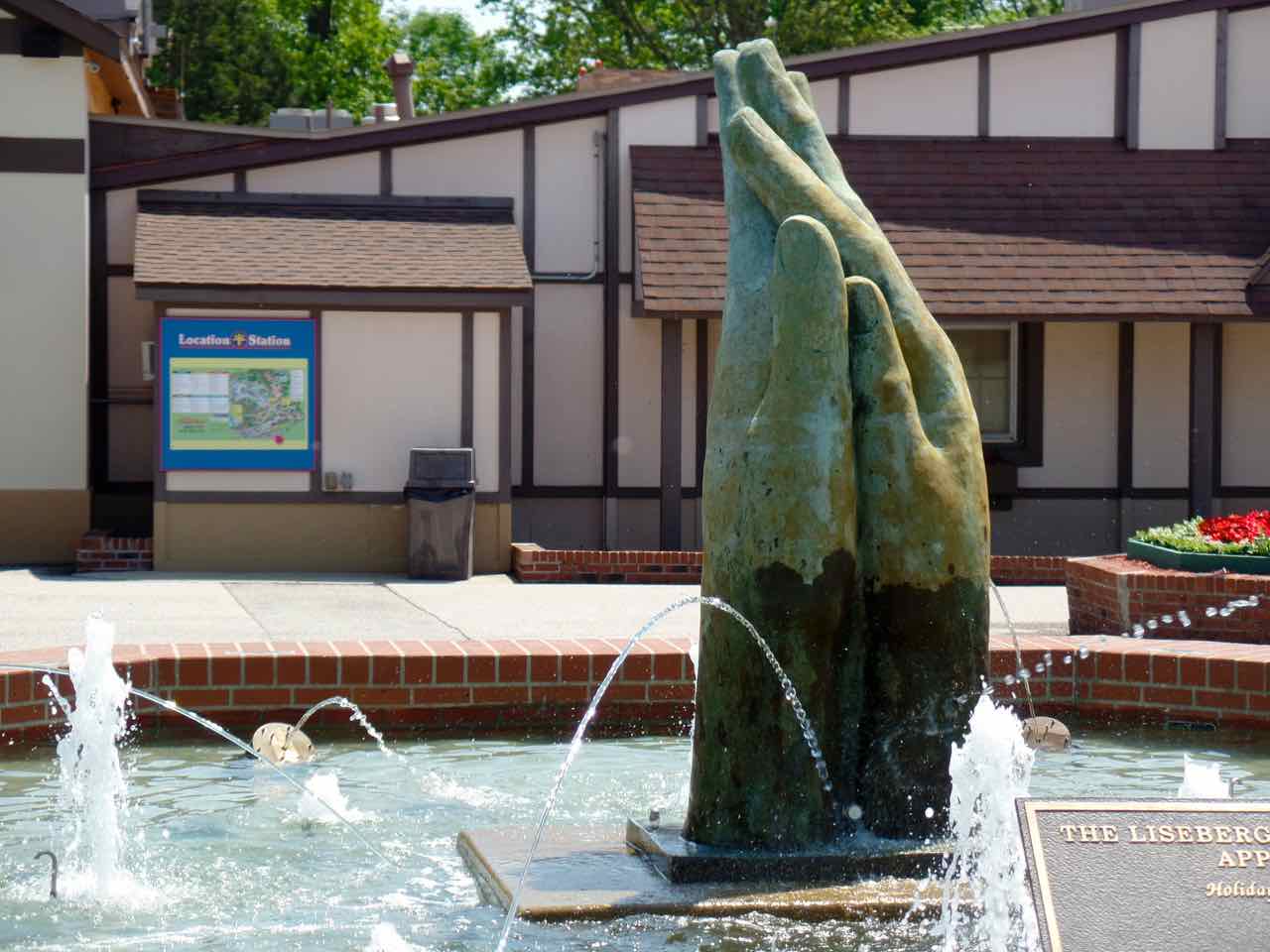 Fountain representing Holiday World's 2004 receipt of the Applause Award. The Applause Award is given biennially by the Swedish amusement park Liseberg to pay tribute to outstanding amusement parks. People snarking thoughtlessly on Holiday World's Bible Belt location (the southern end of Indiana) call it praying hands, because apparently they have never looked at praying hands. 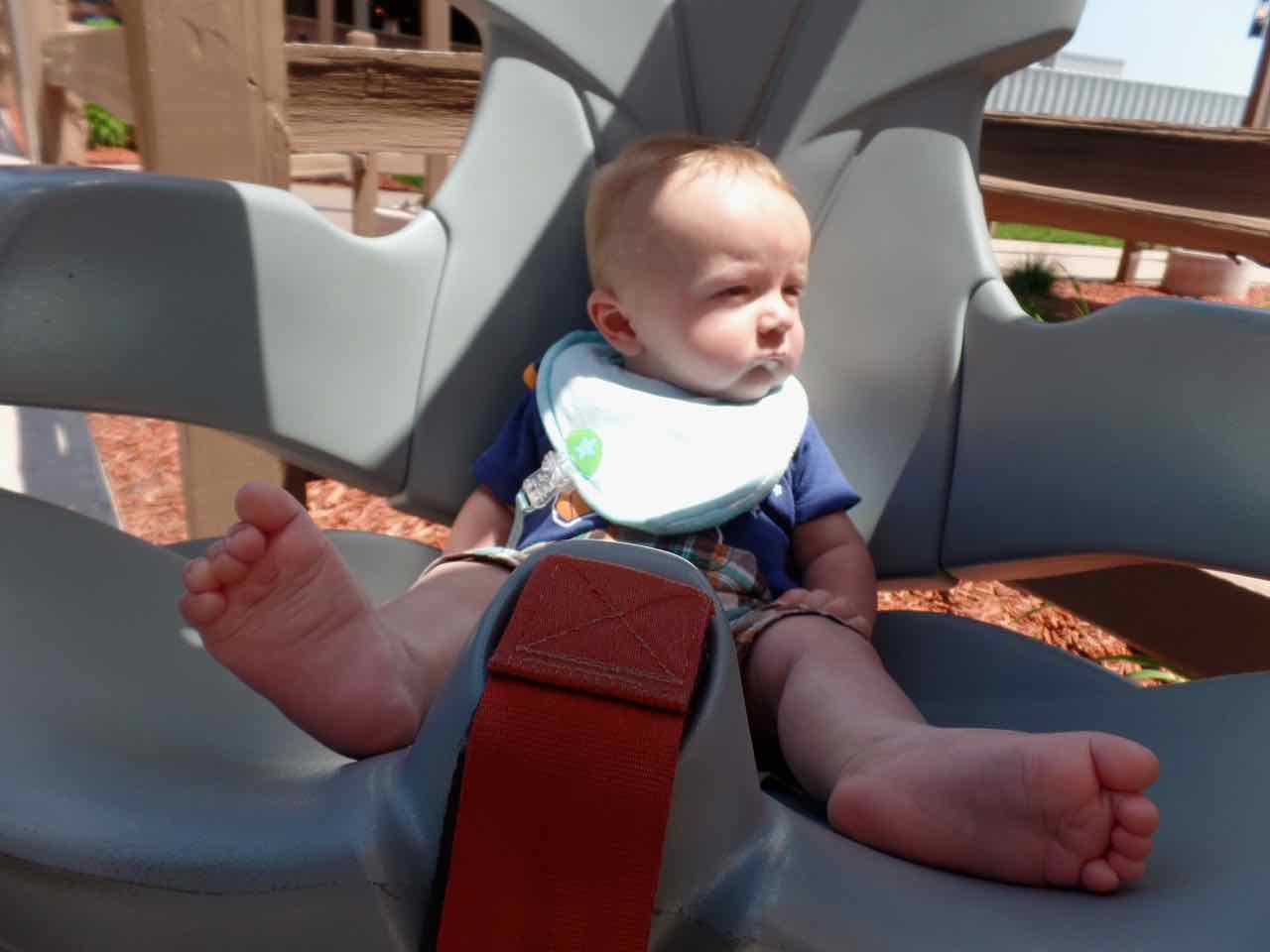 My nephew, not (then) yet six months old, in the test seat for Thunderbird. As hilarious as I find this photo, my sister took a better one, with the shoulder restraint completely obscuring his upper body. My brother-in-law tweeted the picture saying the kid was riding his first roller coaster, trolling his mom very well. 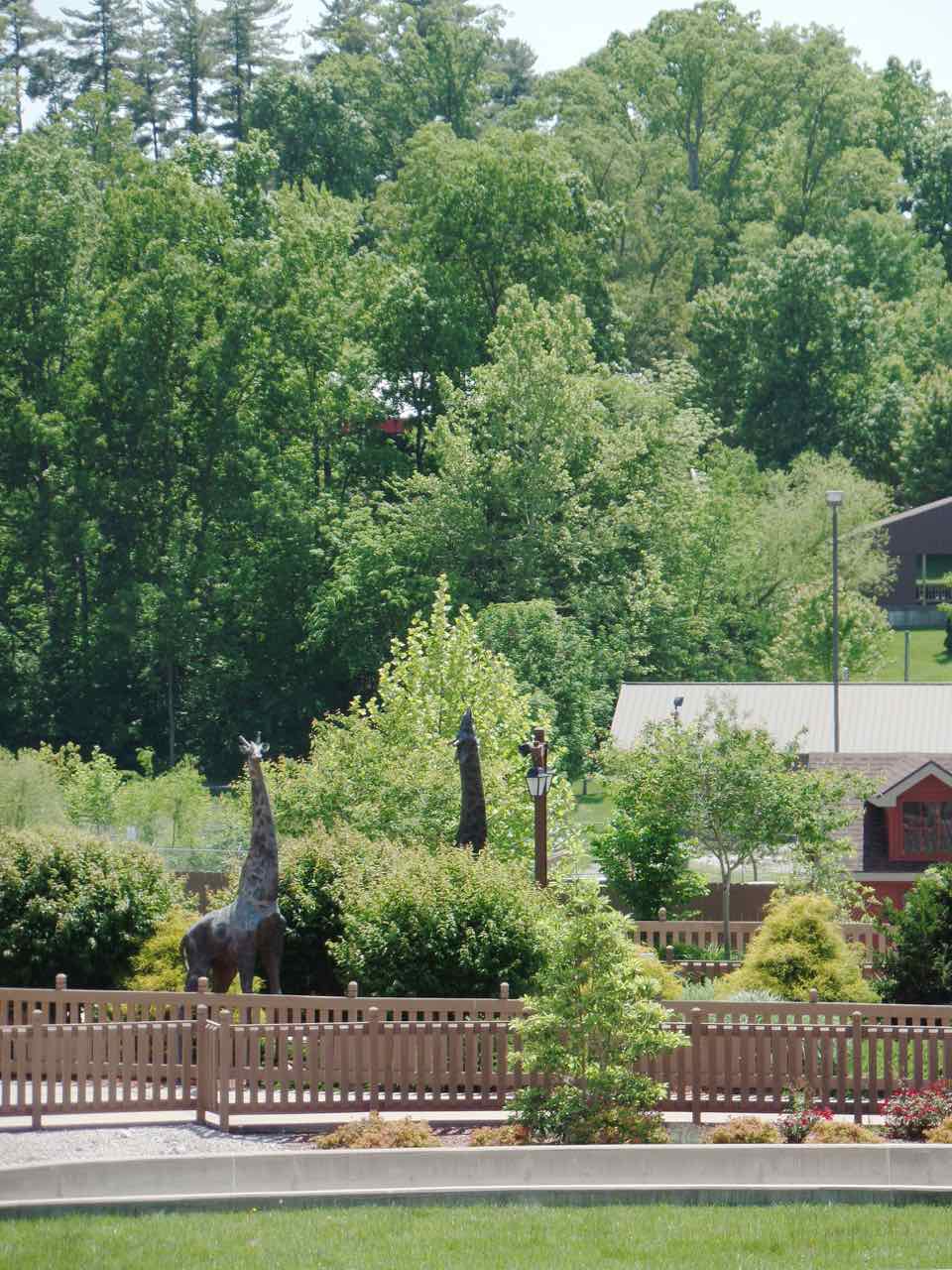 Yeah, those are some giraffes. Bit of scenery left over from the Giraffica shoot-the-chute water ride Holiday World took out years ago but haven't fully dismantled or repurposed or moved. 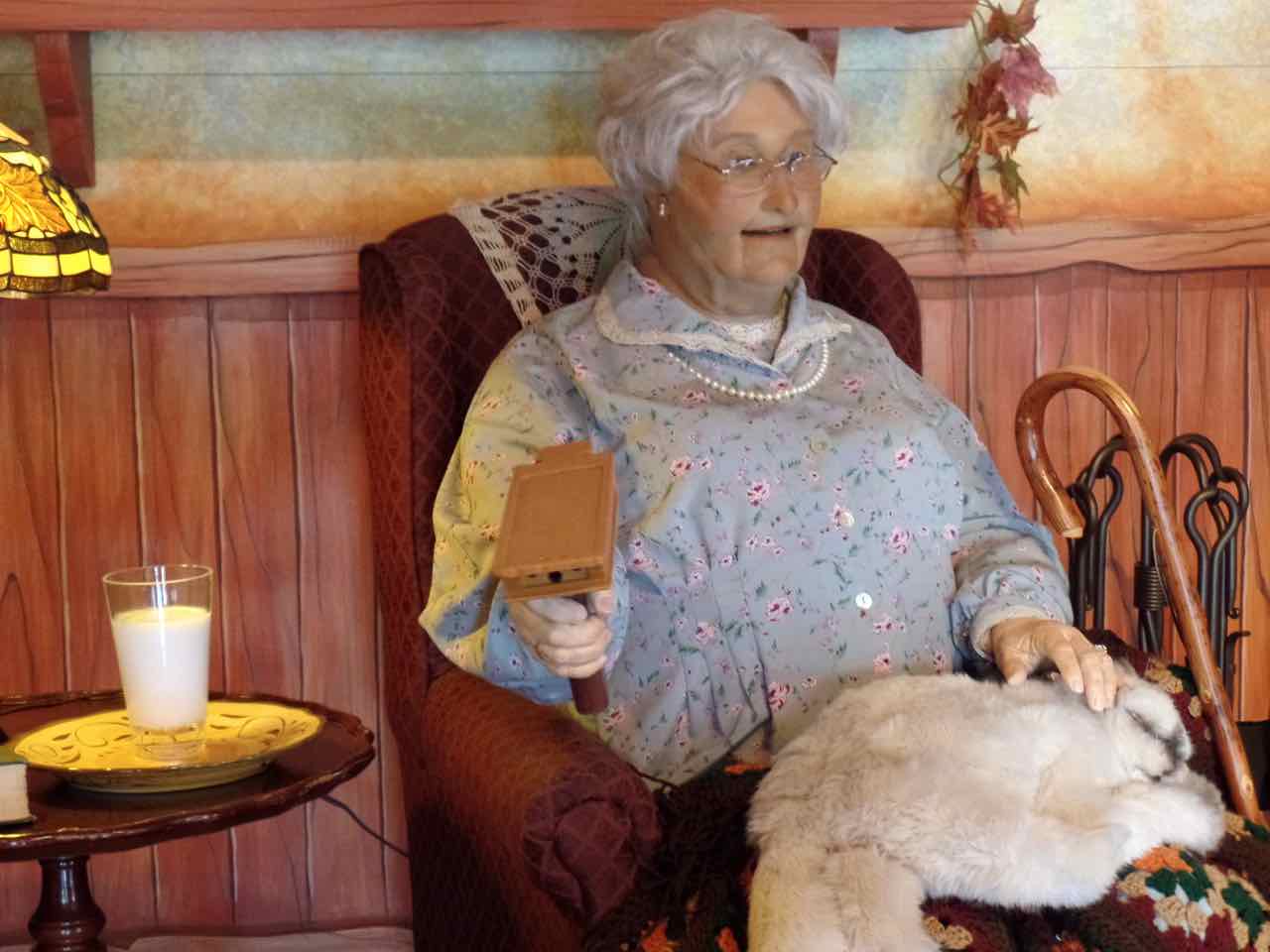 Grandmom Andy Richter is ready to take out the Cybermen! Animatronic prop in the entrance queue to Gobbler Getaway, the Sally Interactive dark ride. The robot explains the rather complicated backstory to a ride in which you shoot the infrared gun --- excuse me, you signal using the big turkey caller --- at targets to bring frightened turkeys out of hiding in time for Thanksgiving.

Currently Reading: Flash Gordon On The Planet Mongo, Alex Raymond, Don Moore. Editor not at all clear from the text. Different book from what I was reading earlier in the week, though with overlap in content.

PS: Why Stuff Can Orbit, Part 4: On The L, which is about the only bit of wordplay you can really do with angular momentum.