So that was my humor blog the past week. Here's pictures from our anniversary-week trip to Cedar Point, and our first ride on Valravn. 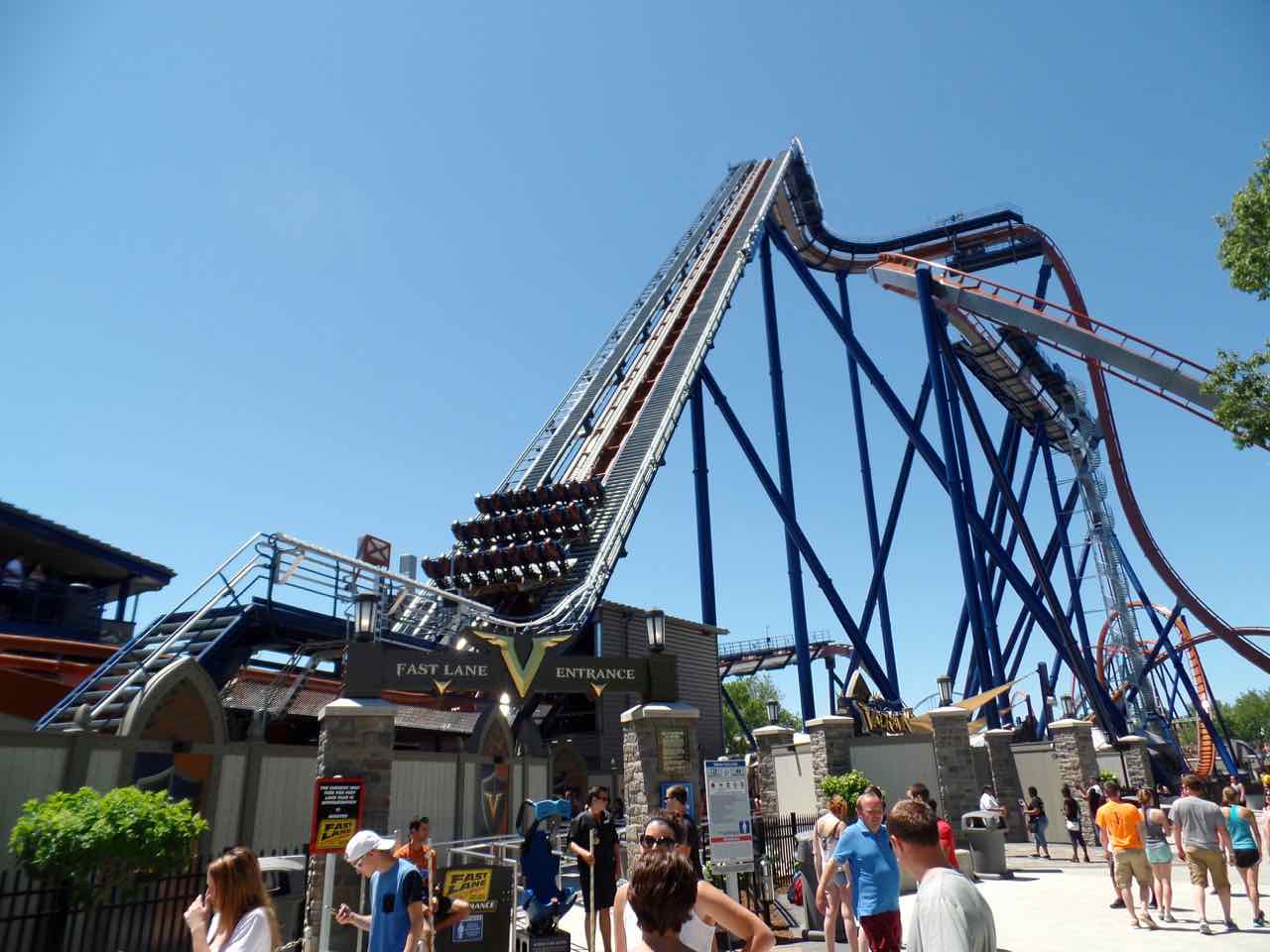 Valravn, as it was in June 2016. They've wholly embraced the Fast Lane cheaters' entrance. The whole area used to be a cars ride, the sort where you putter around a course in a lawnmower-engine-powered car. The new roller coaster space goes over a renovated Marina Gate and opens a second channel for foot traffic along the park that, I have to admit, really opens the place up. 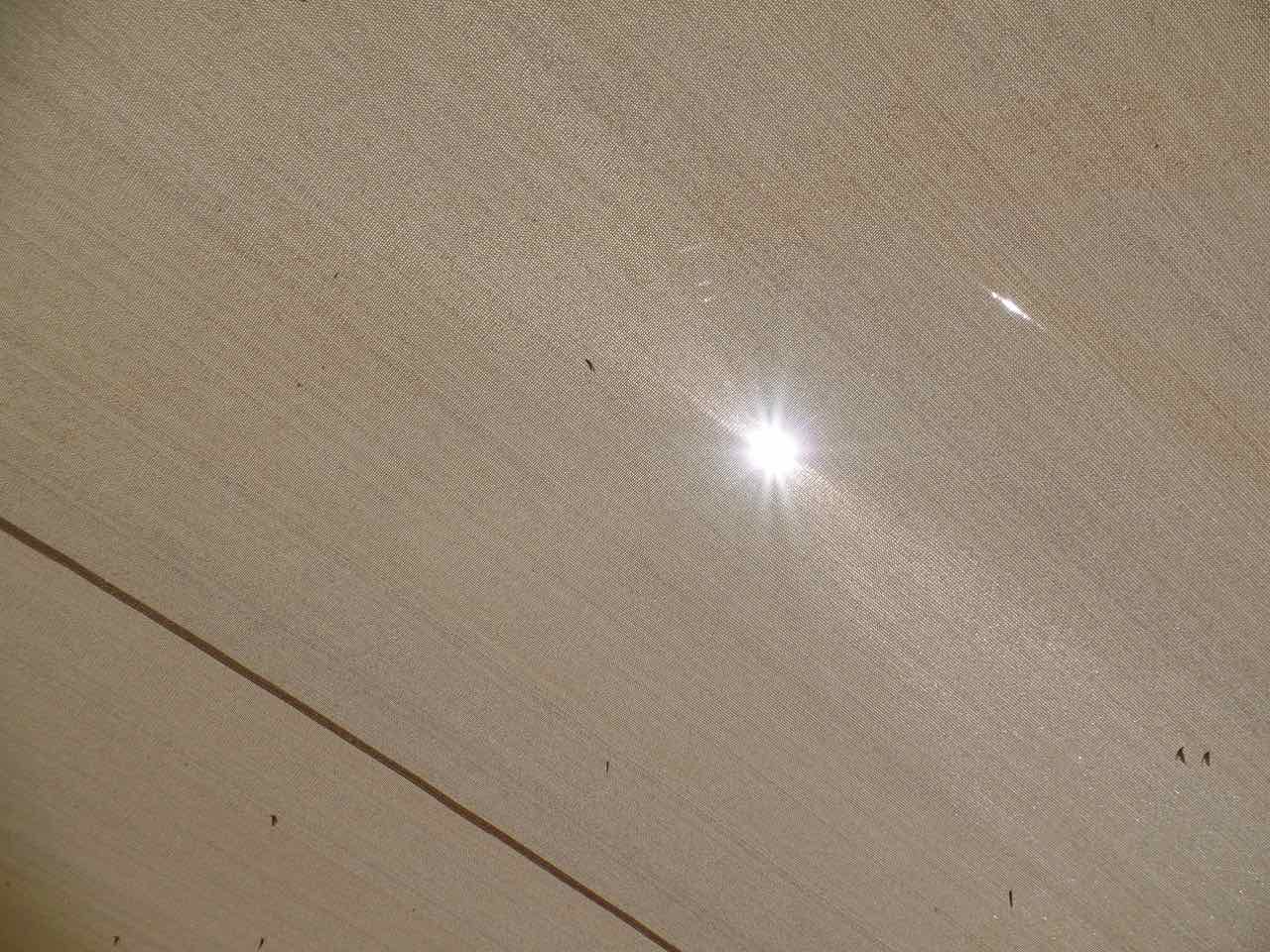 Sun, and mayflies, seen through the Valravn queue umbrellas. It gets really hot there in the summer midday and this does make a long line more tolerable. 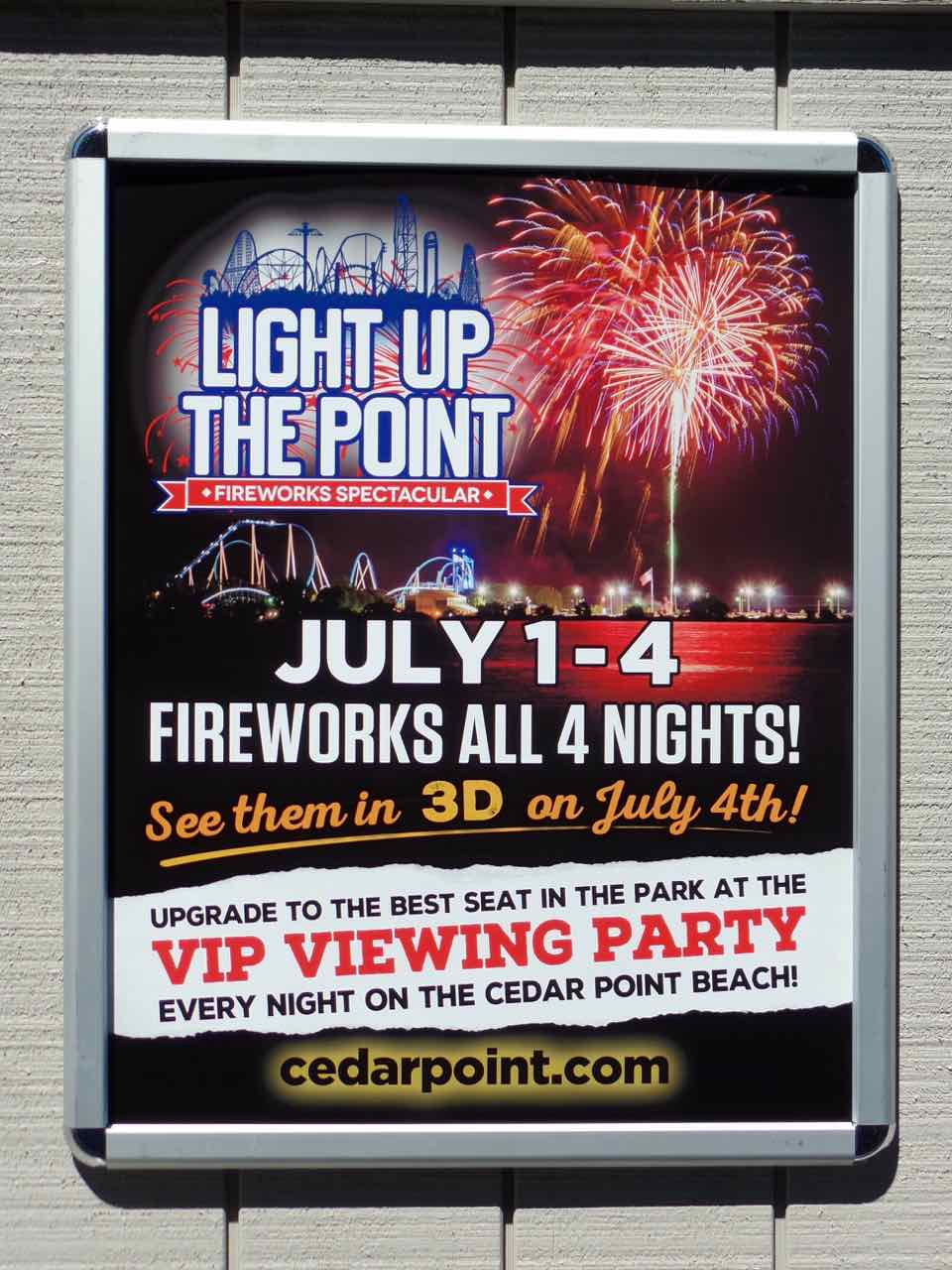 You know, as opposed to those two-dimensional fireworks rinky-dink places like Six Flags Great Adventure have on offer? 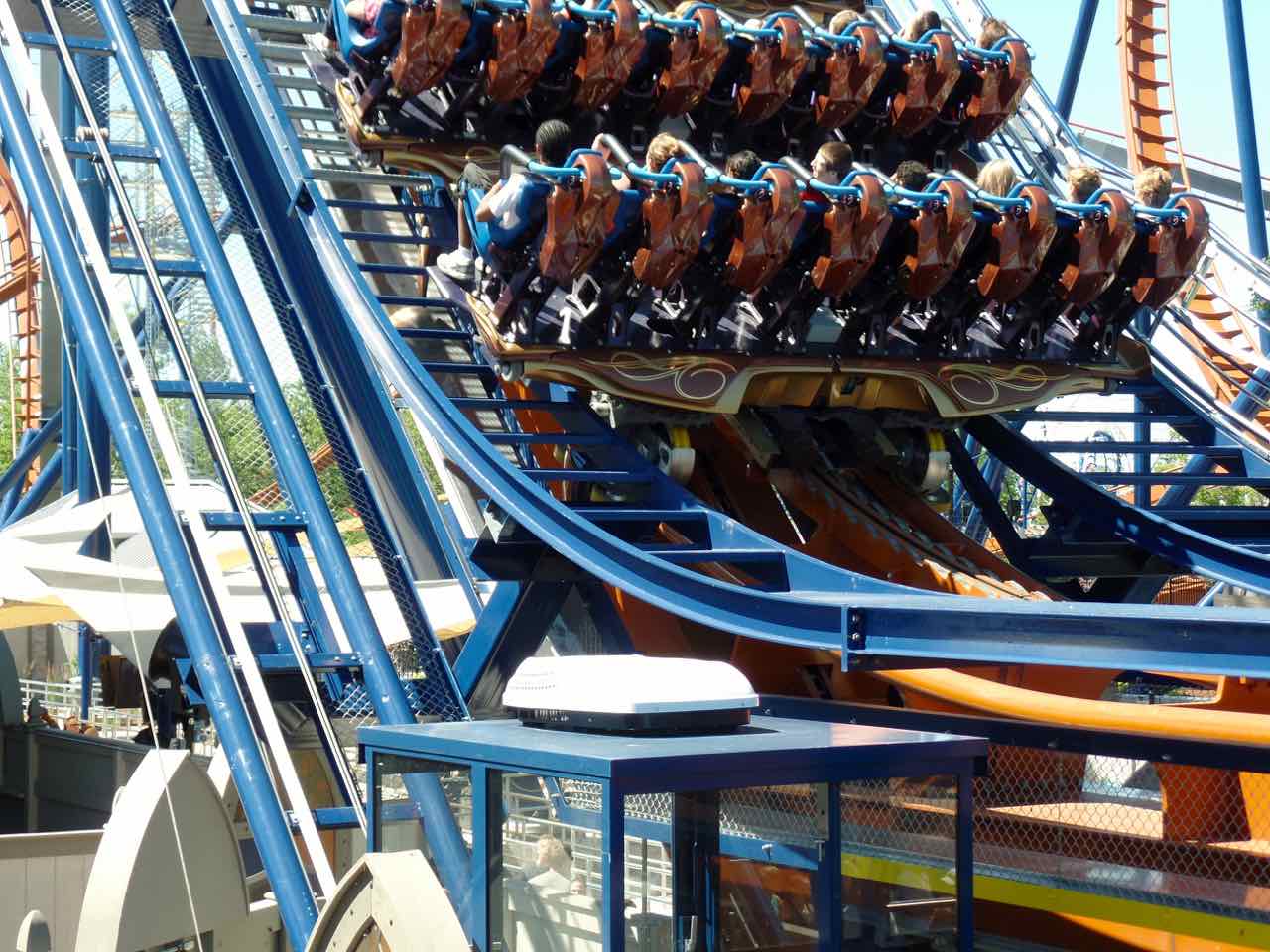 Valravn train at the start of the lift hill. There's only three rows in a train, which is why the train is eight (count 'em) seats wide. The point of a dive coaster would be lost if everyone weren't facing mostly down at the end of the lift hill, so the trains have to be shallow and wide. 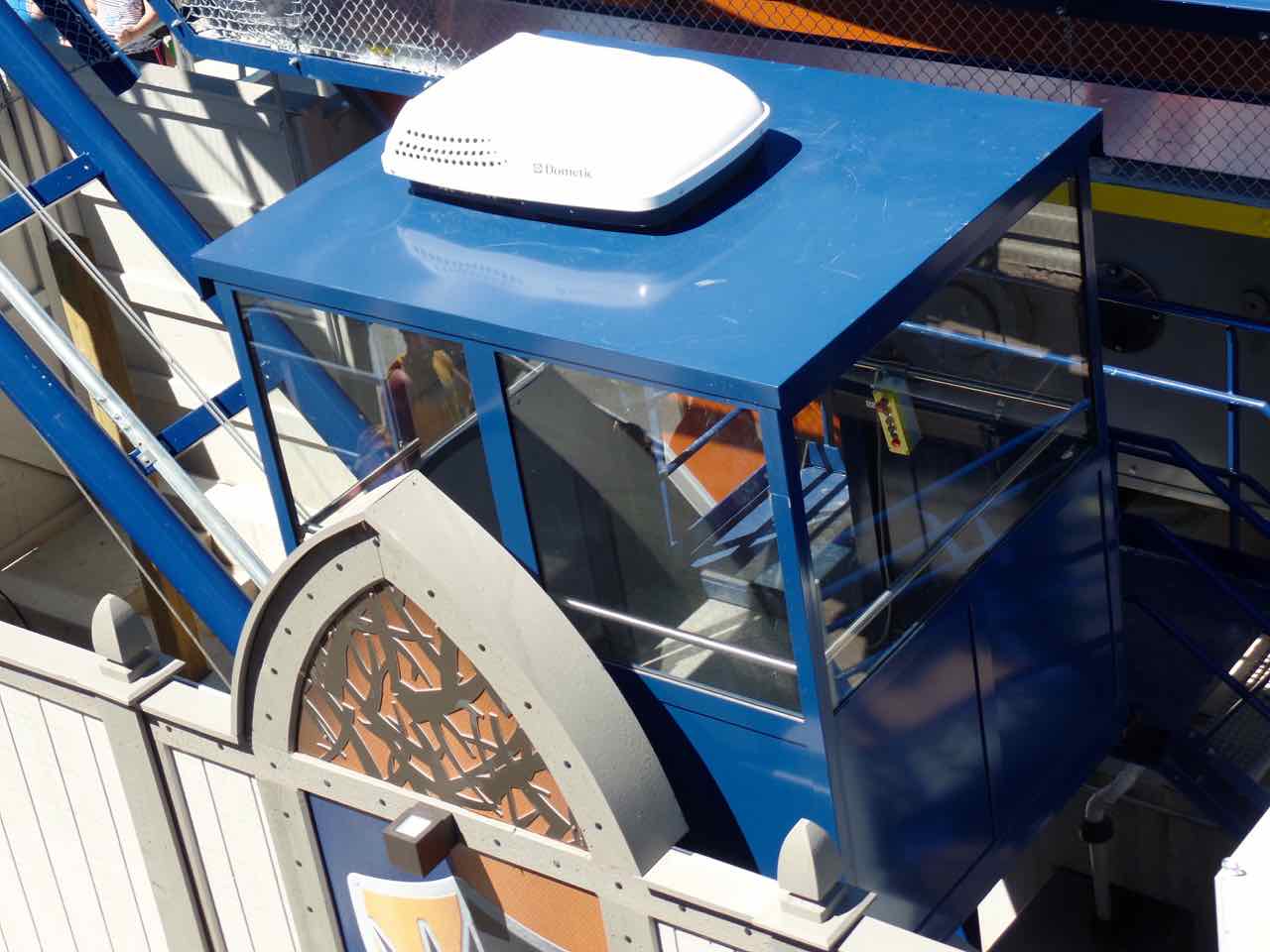 On the side of Valravn's lift hill is what looks to me like a small funicular cab. I speculate, wildly, that this is to help unload people from a stopped train with less fuss and fewer people streaming down a thin walk space. The vaguely rune-ish figures on the crown in front of it give a taste of the station's decoration. 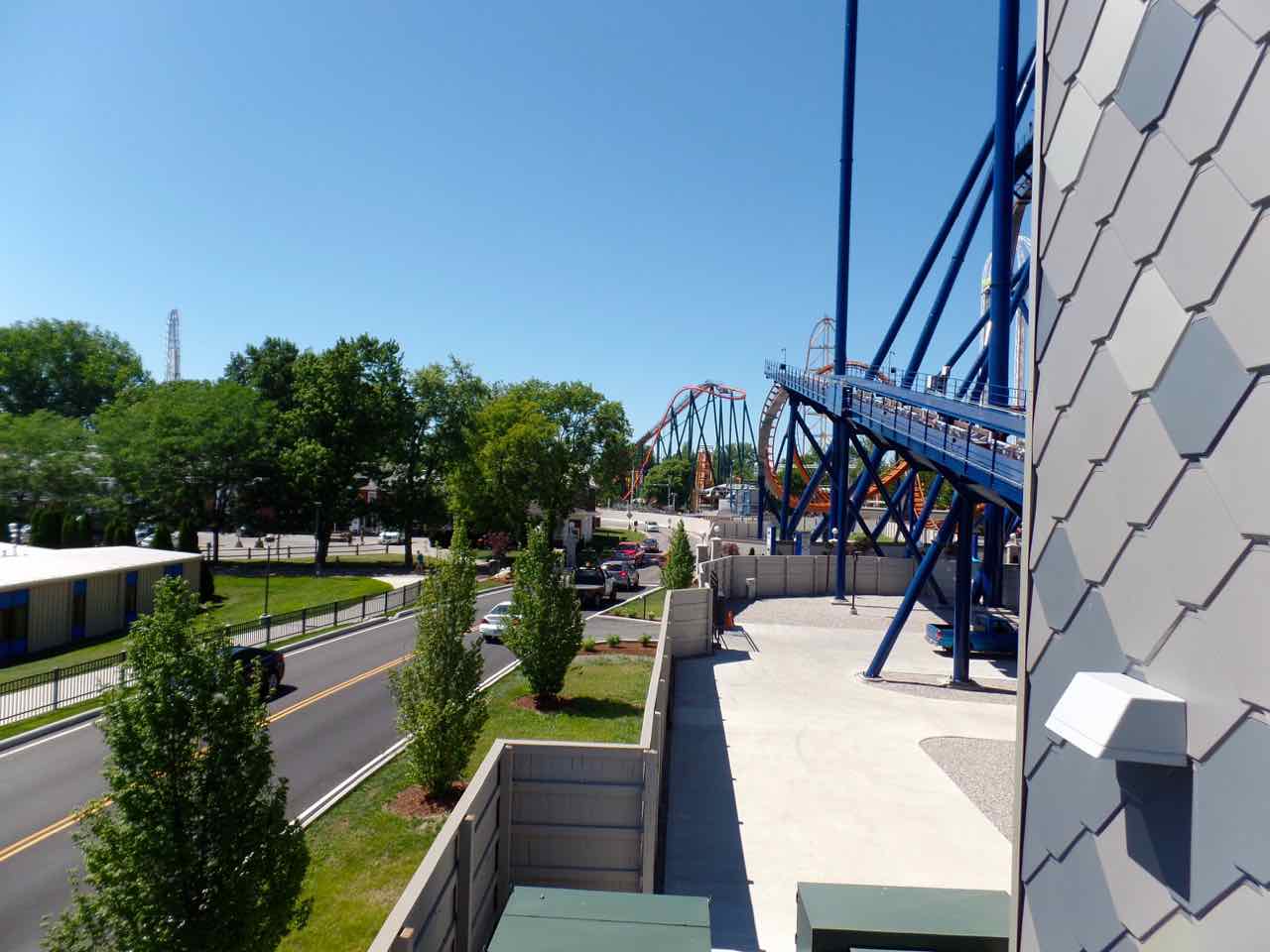 Exiting Valravn. The station is the scale-covered wall on the right, with the return leg of the ruller coaster coming in. On the left is the road that winds around Cedar Point and leads to the water park and hotel. Cars are stopped at the path for the Marina Entrance, a tiny gate renovated with Valravn's construction and mostly offering access to a couple of restaurants and, of course, the marina. You can go from marina to amusement park, in case you have a boat and don't want to drive to Cedar Point.