I was back to a somewhat normal schedule of three things a week on my mathematics blog. of course readers on the Friends page or the RSS feed know one of those was a particularly low-mathematics-content article but some folks might not have seen. Here's what's run since last Sunday:

We had the Rocket Robin tournament in late June too. Here's some pictures of that along with some miscellaneous other bits of things. 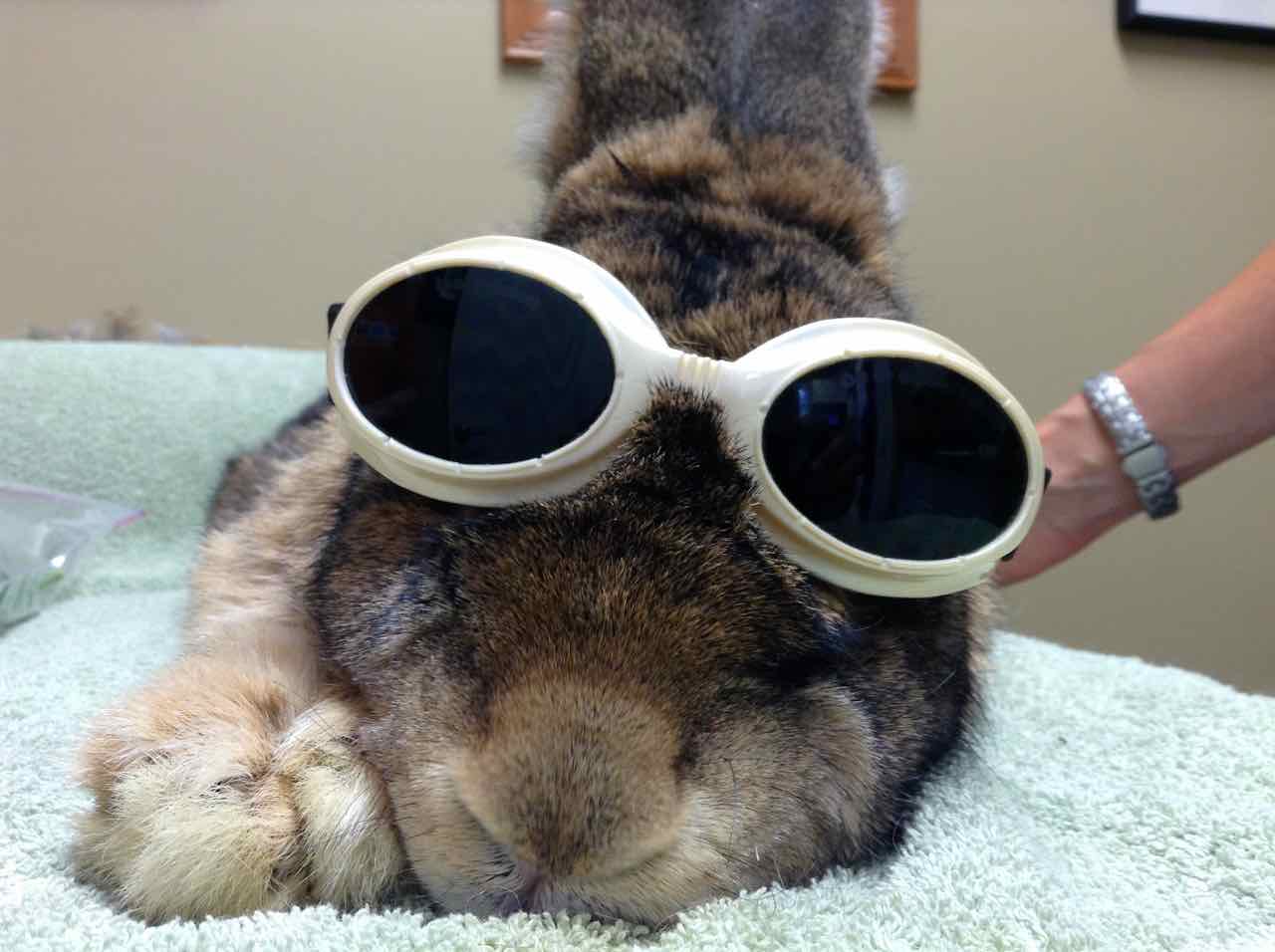 And a bit that doesn't quite fit. Our pet rabbit wearing the dog goggles (``doggles'') nominally for eye safety as the cold laser is put up against his nose. But mostly because he looks so fantastic in his British New Wave band. 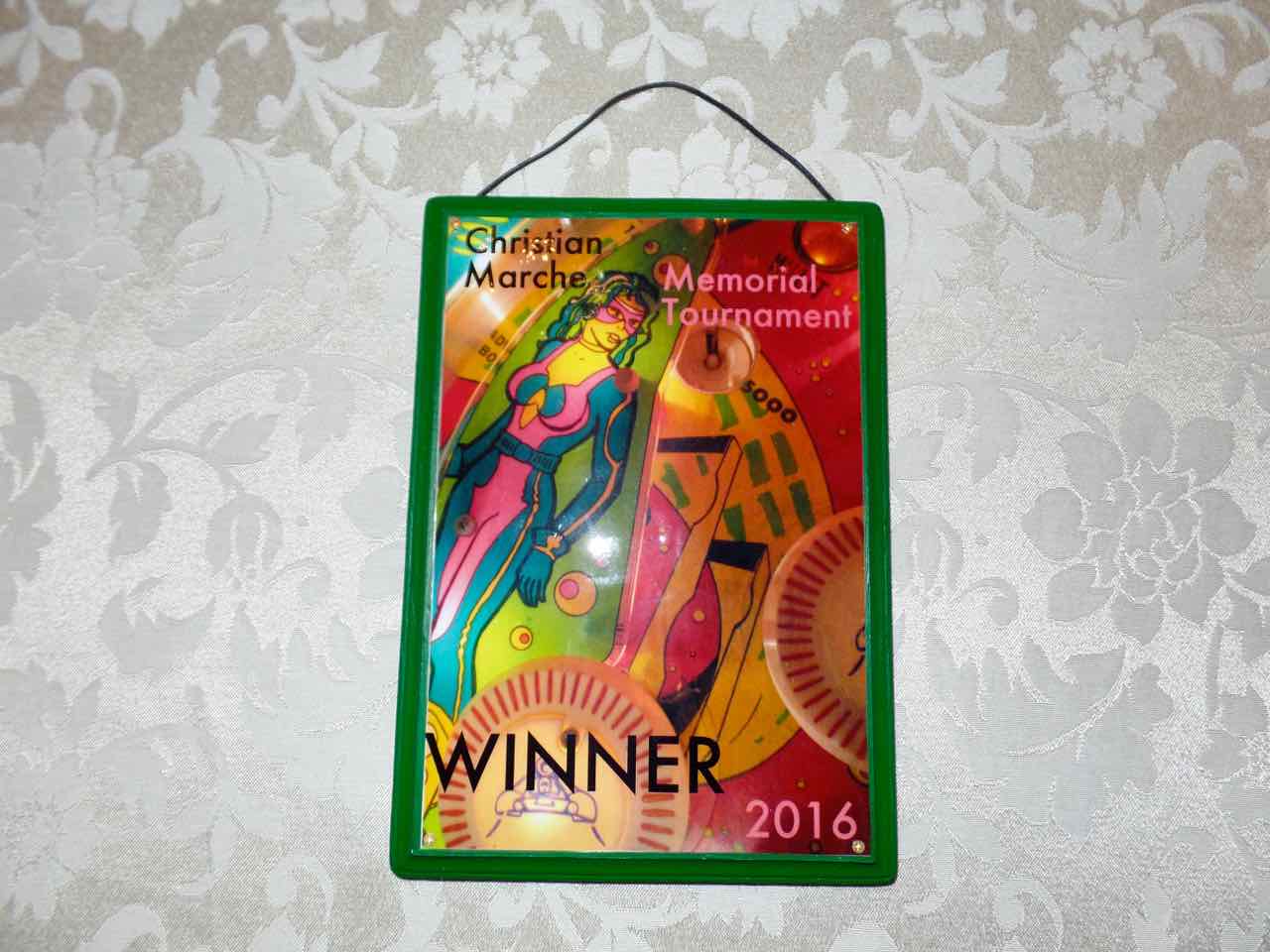 Also a bit that doesn't quite fit: the first-place trophy awarded for the Christian Marche Memorial Tournament, our little garden party held in mid-June with a trophy given for the best Tri-Zone game. The art here's a photograph from the table, up near the pop bumpers. 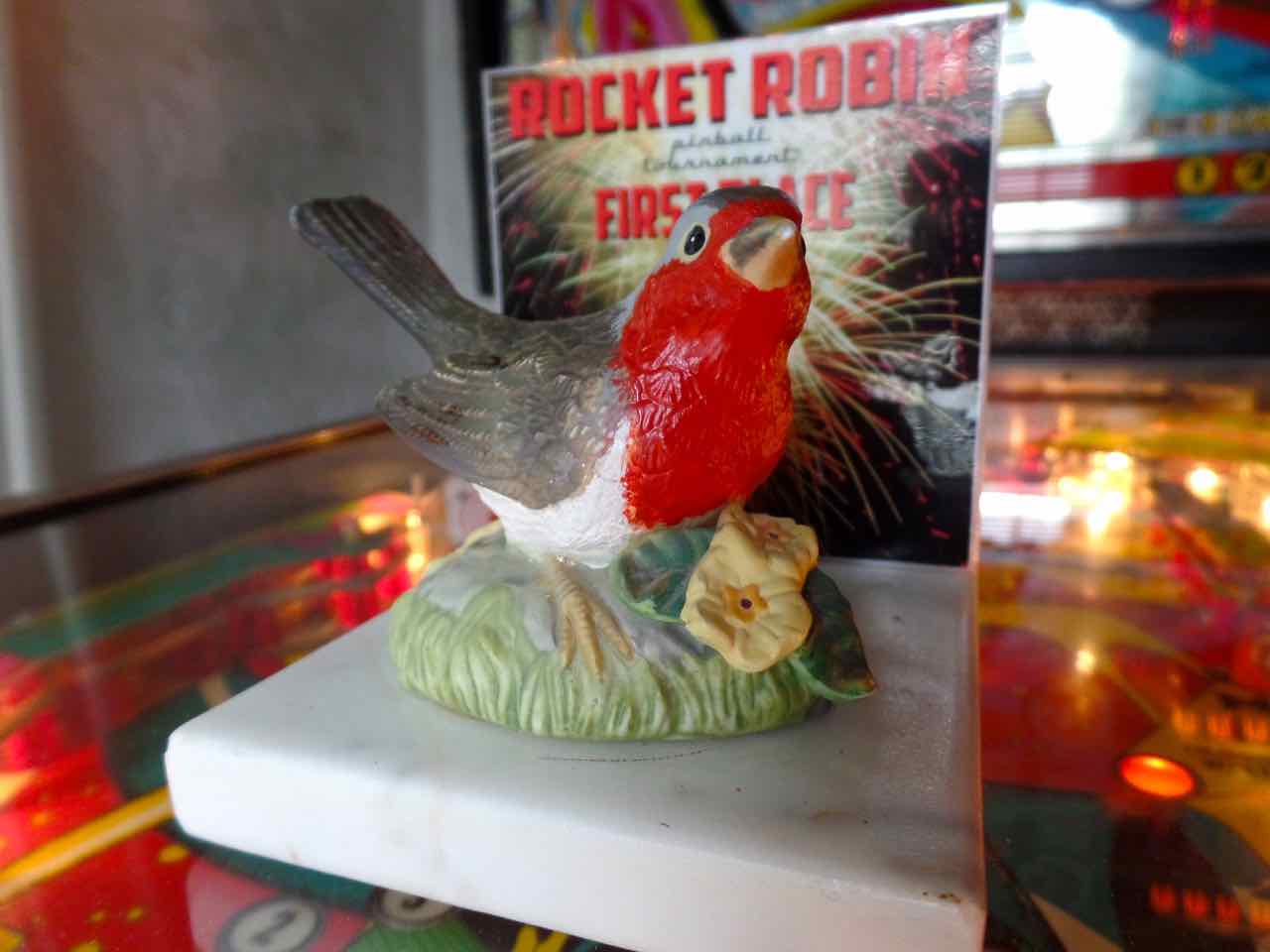 And the first place trophy

bunny_hugger made for the Rocket Robin tournament. The trophy was a bird trophy she found at the Goodwill store, and she repainted it to be a bit more robin-y. The back panel on it she made from a fireworks photograph she'd taken. And yes, it's sitting on our Tri-Zone. 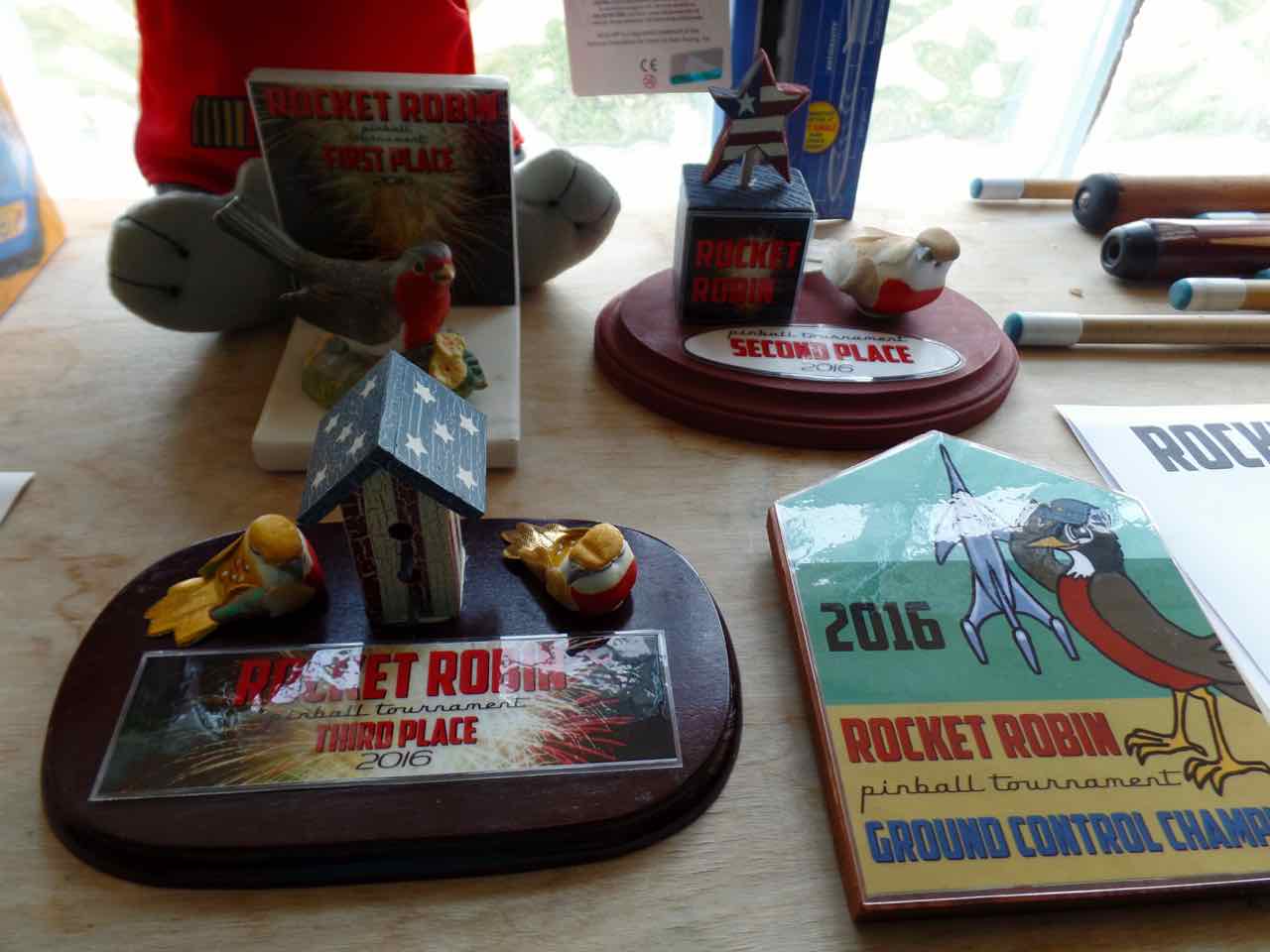 The second- and third-place trophies, along with the side tournament trophy, for the Rocket Robin tournament. Here they're sitting on the window ledge at The Avenue, or local hipster bar where the Lansing League meets and where we held the tournament. Also visible around the edges of the frame: some of the door prizes people (mostly GRV) donated to the cause. Also some of the cues for the bumper pool table nobody knew how to play. 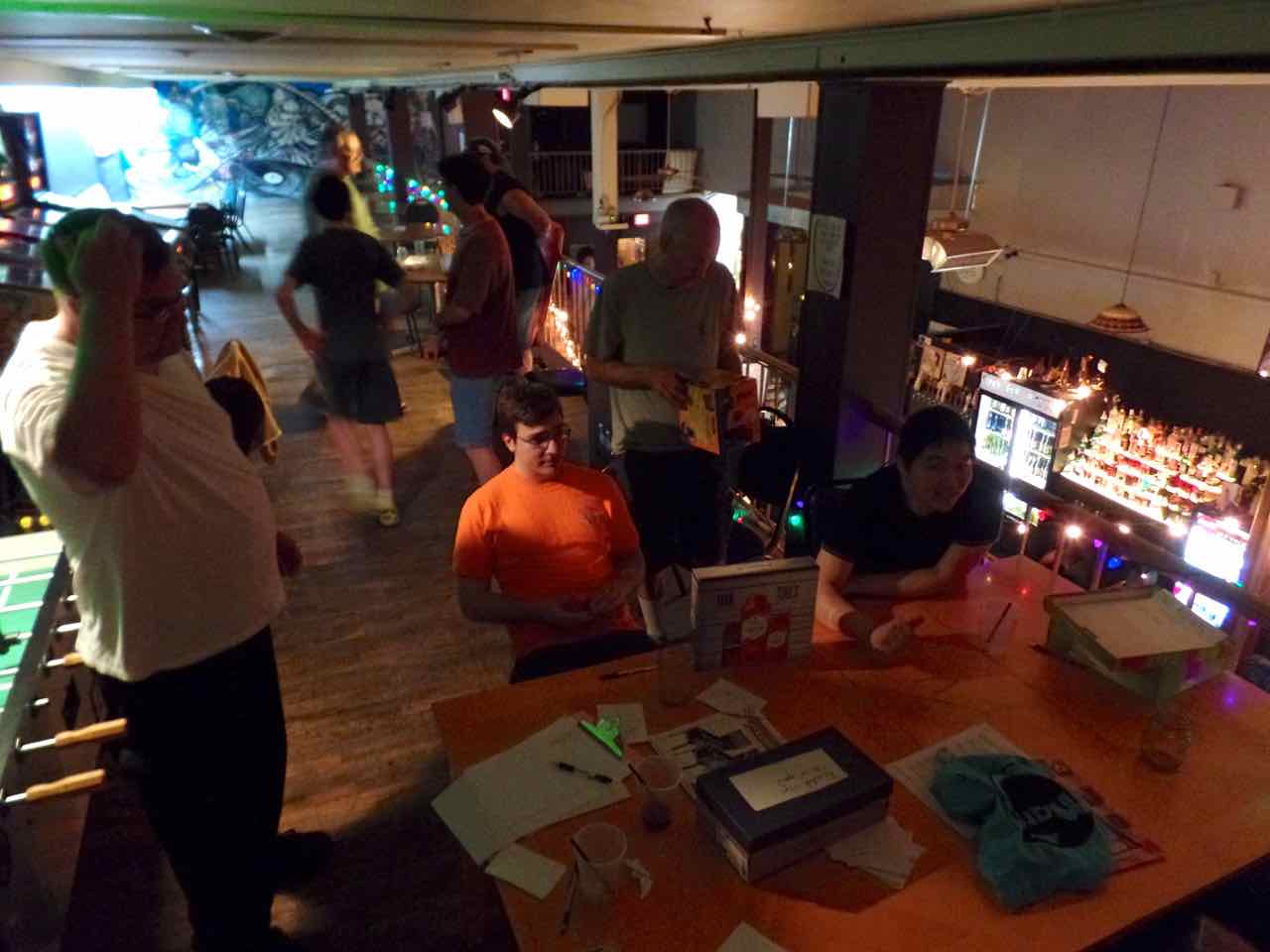 Later in the night: people sitting around plotting strategy in the hipster bar's loft. Some of the door prizes are on the table or being held by, possibly, the folks who'd won them. I'm not sure just when the photo was taken. On the table are the boxes we used to record game results and some of the many, many, many slips of paper the games generated. So many slips of paper. So very much paper. 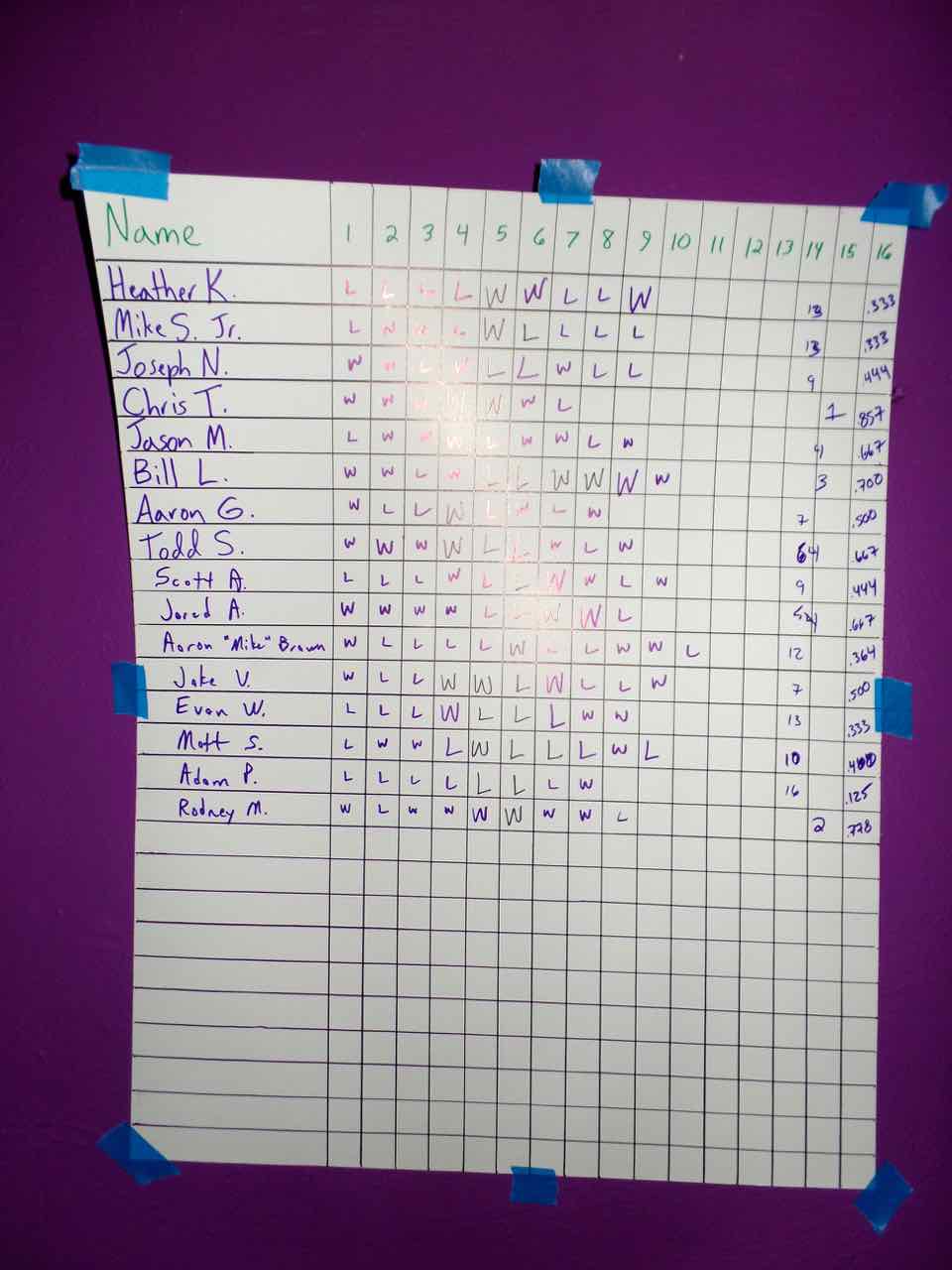 A tournament at a glance: the big posterboard we used to record who won and who lost in all these games. Because of the Rocket Robin format --- one person stays at a table, one person goes back into the queue, and the person at the front of the queue goes up to play the newly-empty table --- not everyone played the same number of games. The person who played the fewest games, it happens, had the highest winning percentage. You can also see in columns 14 and 16 the sad results of my trying to divide the number of wins by the number of games played. I got them right eventually as far as anyone could tell.

Trivia: In 1935 though London's Croydon Airport had run out of room for further expansion it still had no hard-surfaced runway. Source: Naked Airport: A Cultural History of the World's Most Revolutionary Structure, Alastair Gordon.