Is it really time to talk about my humor blog again? Yes. Yes it is. Friends page, previous link. RSS feed, this link. Stuff that's run there the past week:

Now let's zip back to

bunny_hugger's and my fourth anniversary, a day spent at the Indiana Beach amusement park in Monticello, Indiana. 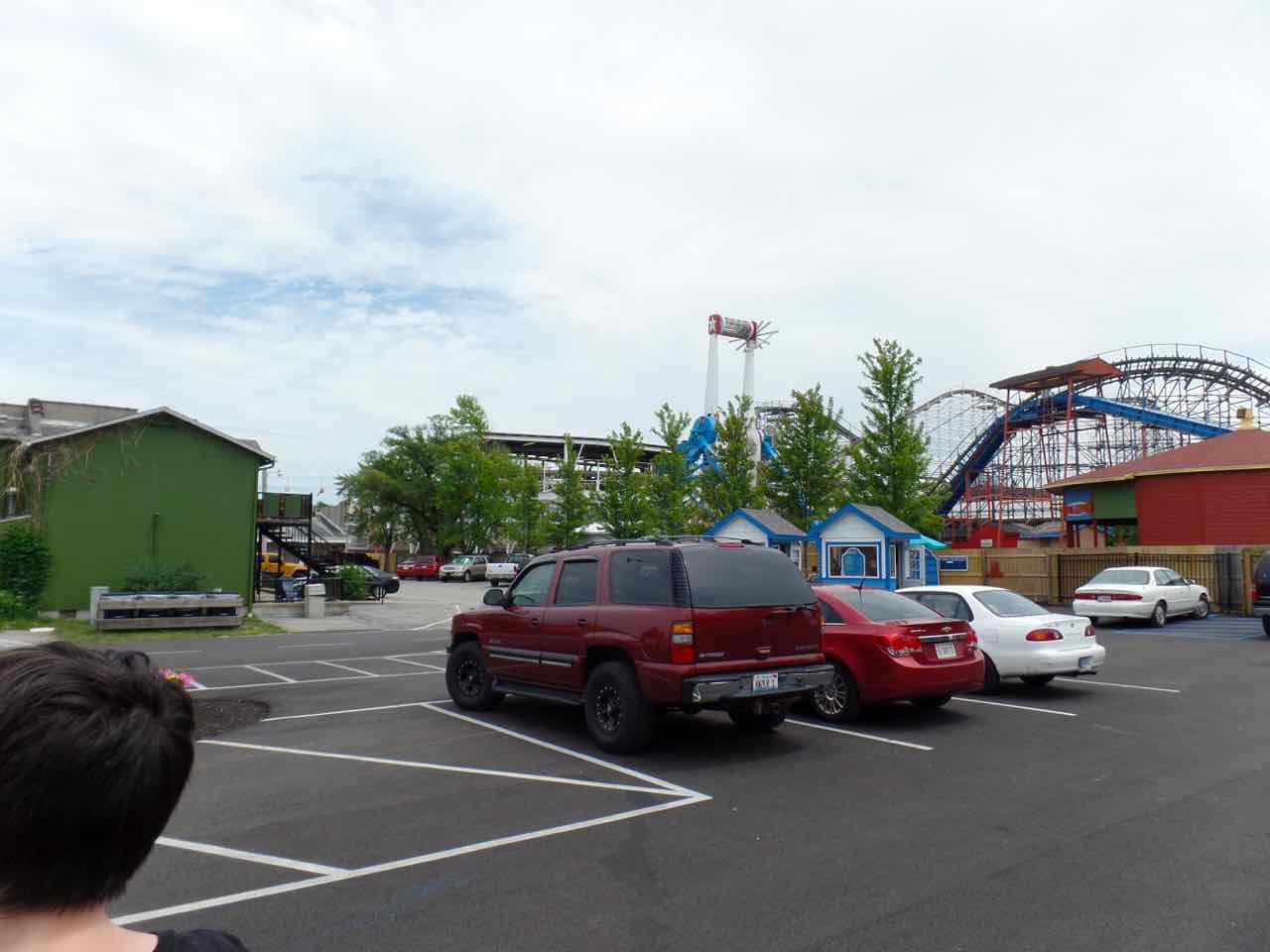 Indiana Beach, as seen from its main and small parking lot. There actually is the park entrance there --- the two little blue huts obscured by the trio of cars --- but there's not a grand focal-point attraction. The park was for most of its existence ungated and still shows that; it looks and feels more like a boardwalk park on the Jersey Shore than anywhere else. 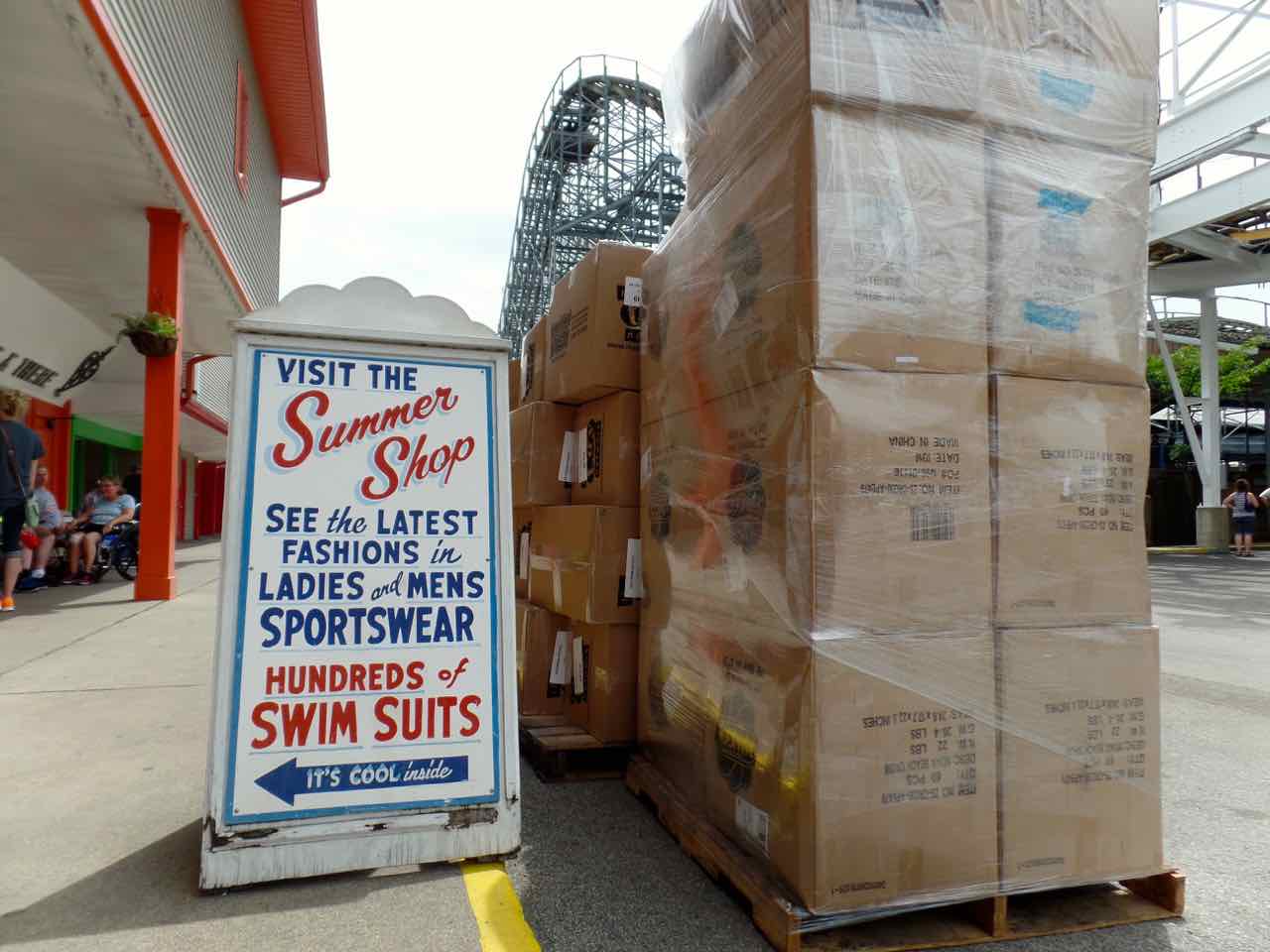 I didn't put it together until gathering these photographs for my Livejournal here. But I'm rather sure those wrapped boxes are full of stuffed I.B.Crow dolls, two of which we'd buy later in the day. Also, if you're not charmed by absolutely everything about the Summer Shop sign here then I am afraid we are not truly friends. 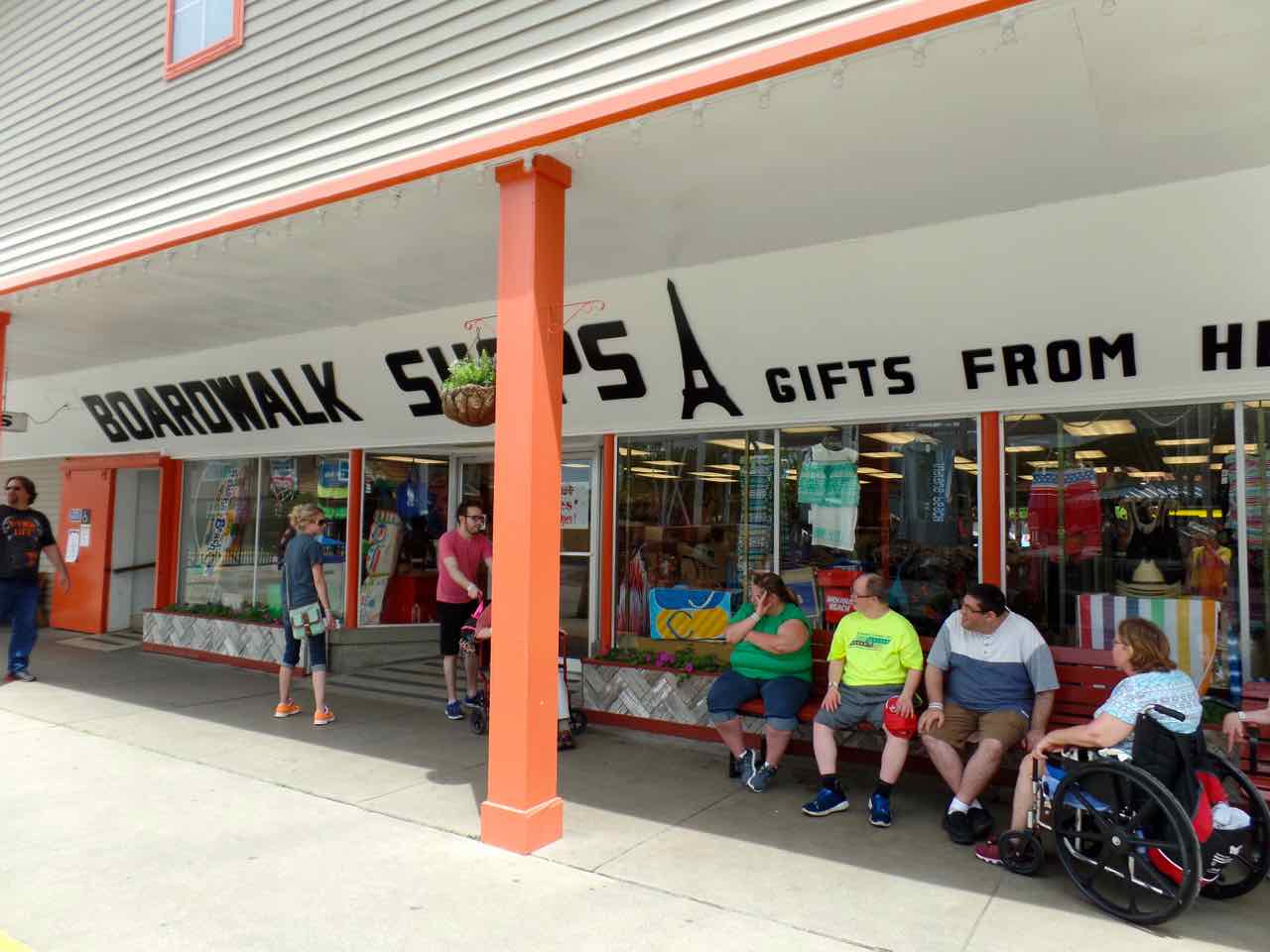 Boardwalk Shops: Gifts From Here And There, as the sign goes on to explain. Yes, that's a little Eiffel Tower silhouette there. Again, if you don't find this charming then we just do not understand one another and we never will. 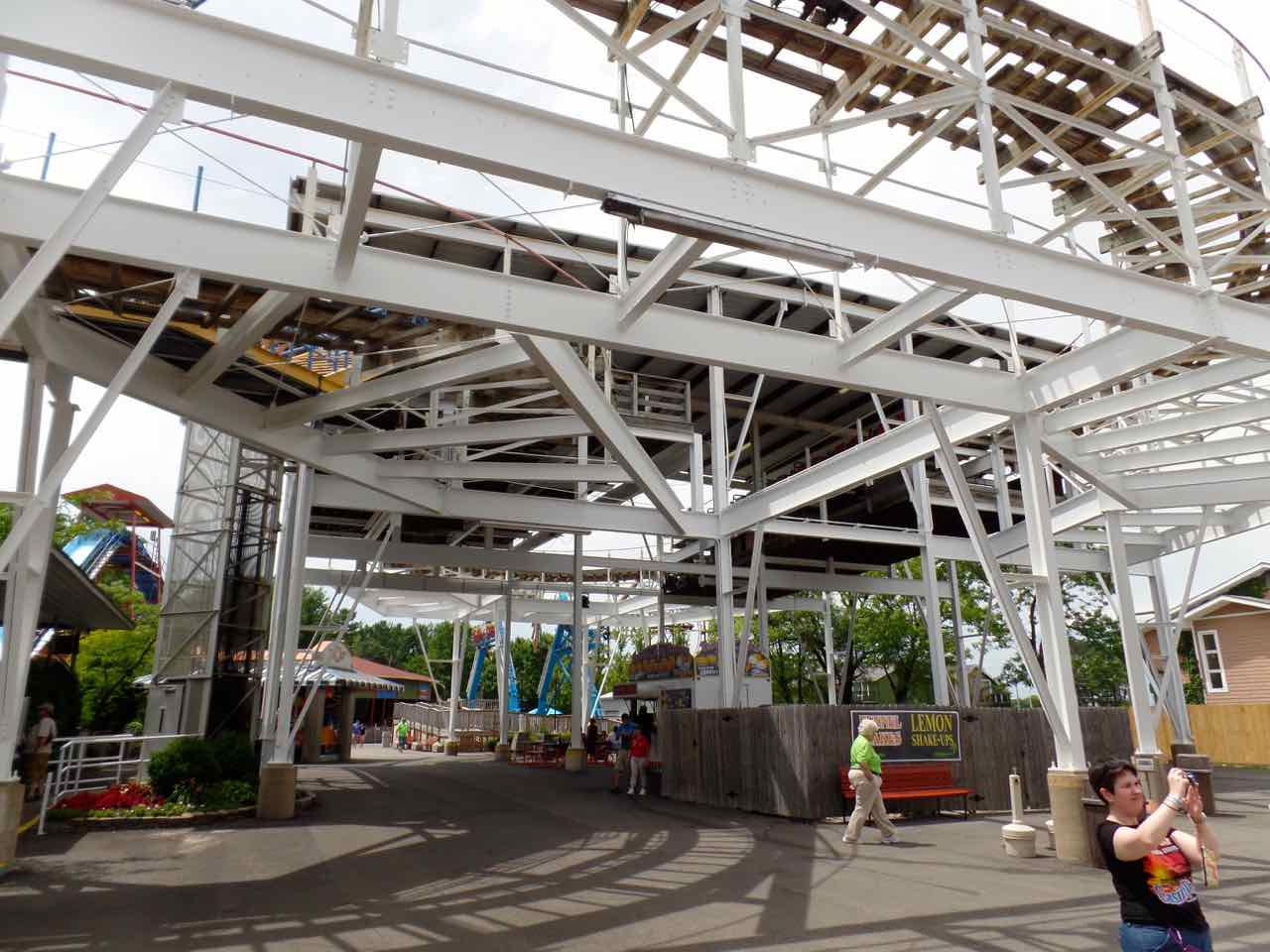 bunny_hugger getting a snap of the Boardwalk Shops, while standing in front of the Hoosier Hurricane. The picture gives some of the flavor of Indiana Beach: there are a lot of substantial rides but the place is so tightly packed and space-constrained that, well, everything is on top of something else. This gives it that Jersey Shore feeling to me; it's also reminiscent of Blackpool Pleasure Beach. 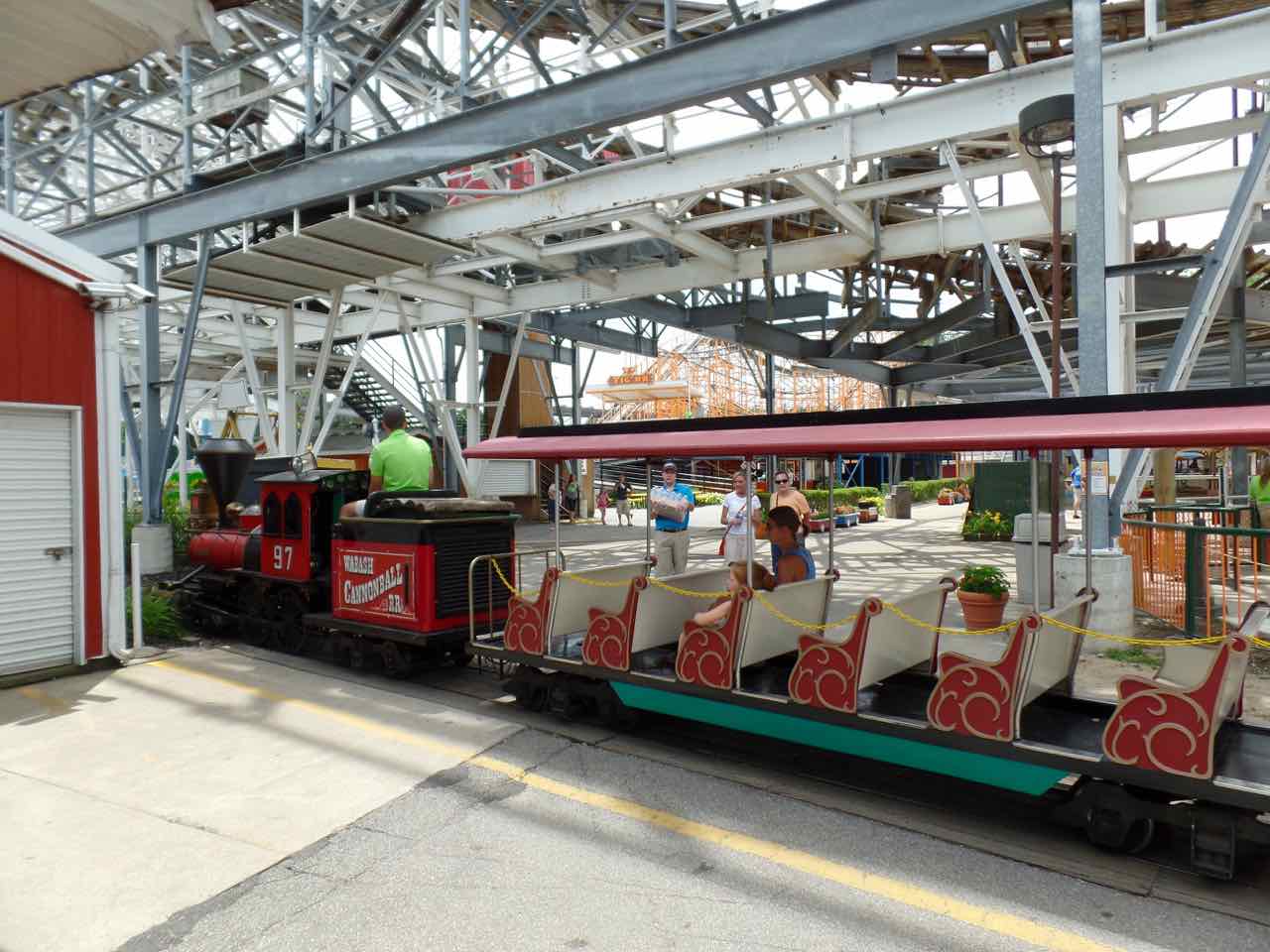 The Wabash Cannonball, passing --- at grade, unguarded --- underneath the Cornball Express roller coaster. There's the Tig'rr Coaster, the orange-and-black one, in the background, and the kiddieland area to the right of that. 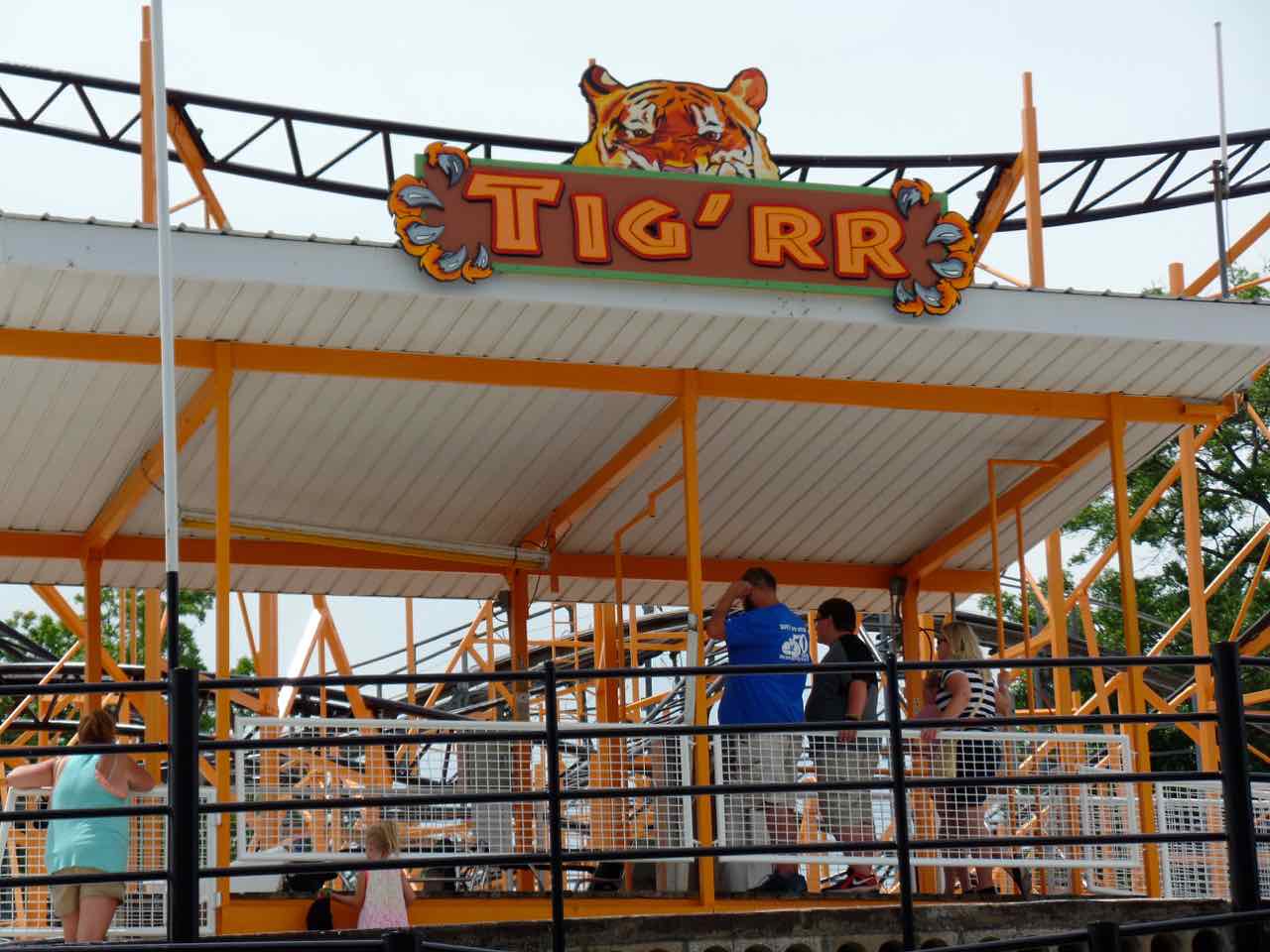 Tig'rr Coaster, up close. This is a small ride, the kind that could be a fairground roller coaster. The logo's changed since

bunny_hugger was at the park last; it's gotten more, well, grown-up. The name is still adorable, though.

Trivia: During the fiscal crisis to hit Ford Motor Company over the winter of 1920-21 the company's Highland Park warehouse was found to have something like $88 million in surplus spare parts. (The parts were used to make more cars than dealers ordered, and shipped to the dealers, payment demanded on delivery; most dealers paid Ford's demands even if it required they take out their own loans.) Source: Ford: The Men and the Machine, Robert Lacey.