It was another four-post week in my mathematics blog. I can't take all the credit. Splitting a comics post over two days did a lot of the work. Anyway, I put out one of my massive posts too. If you weren't reading, here's what you missed:

And now back again to Indiana Beach and some more pictures of the amusement park there. 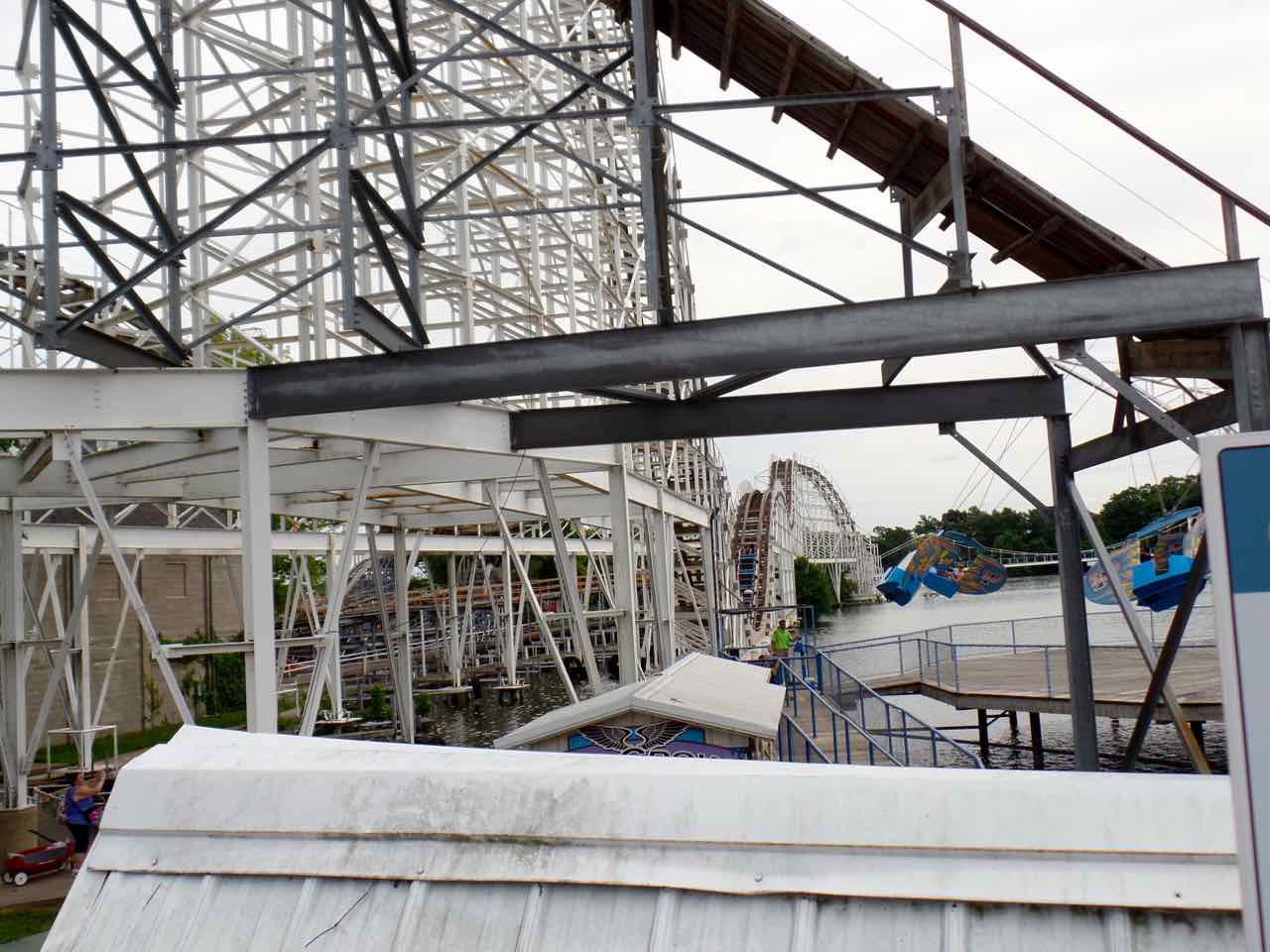 The Cornball Express, their name not ours, running down the shoreline of Indiana Beach. One of the park's features is in the flying scooters ride on the right there: they have to build out over the waterline, which adds considerably to the thrill of any ride. (Much of the roller coaster is also over water, but it's harder to appreciate that.) 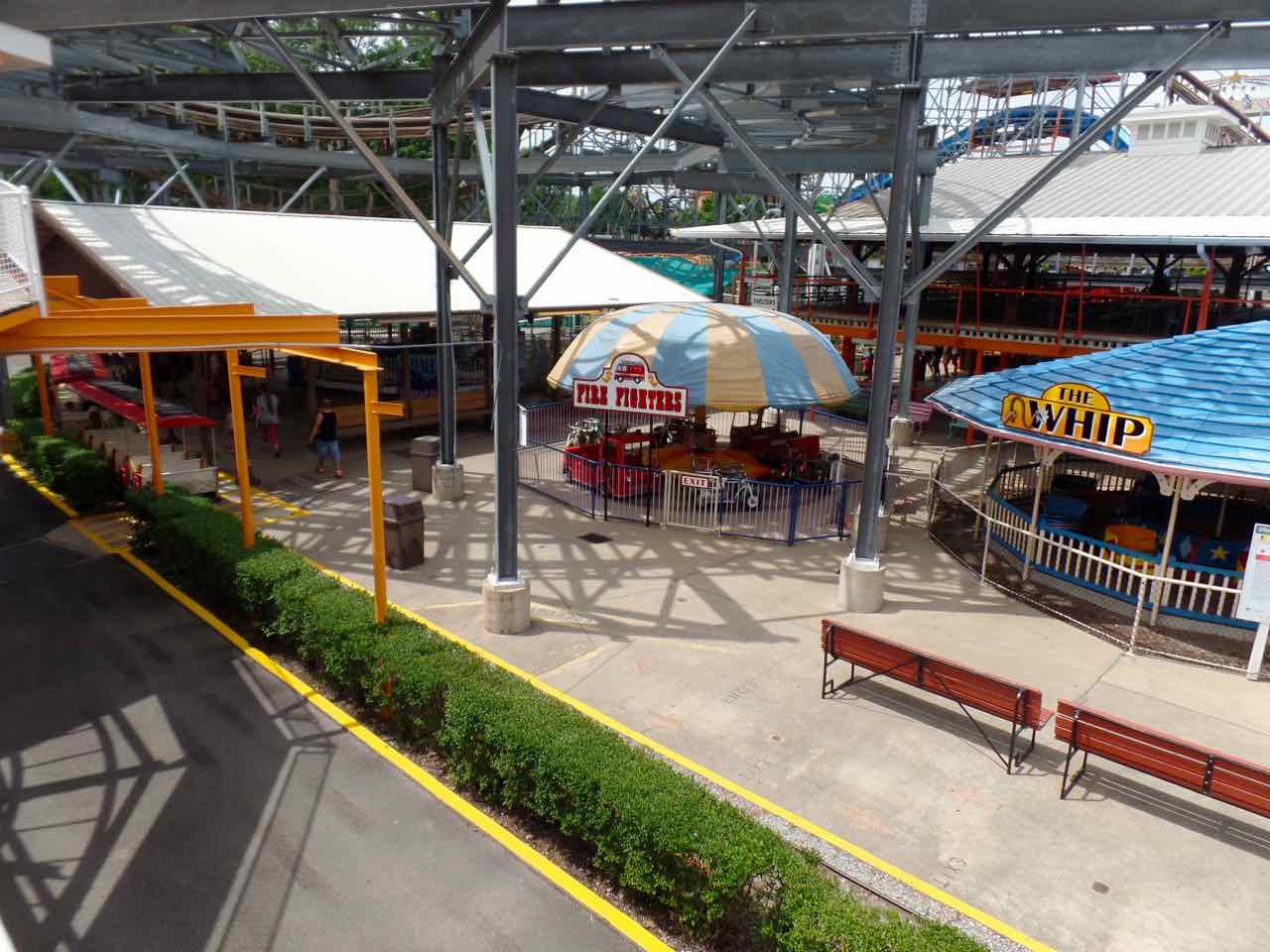 Peering out from the Cornball Express station at the Kiddieland area, with a firefighter ride, a junior Whip, and the Wabash Cannonball miniature railway. The paint on the ground suggests that the railroad used to stop outside the pavilion, somewhere near where the benches on the right are. No idea why they changed. 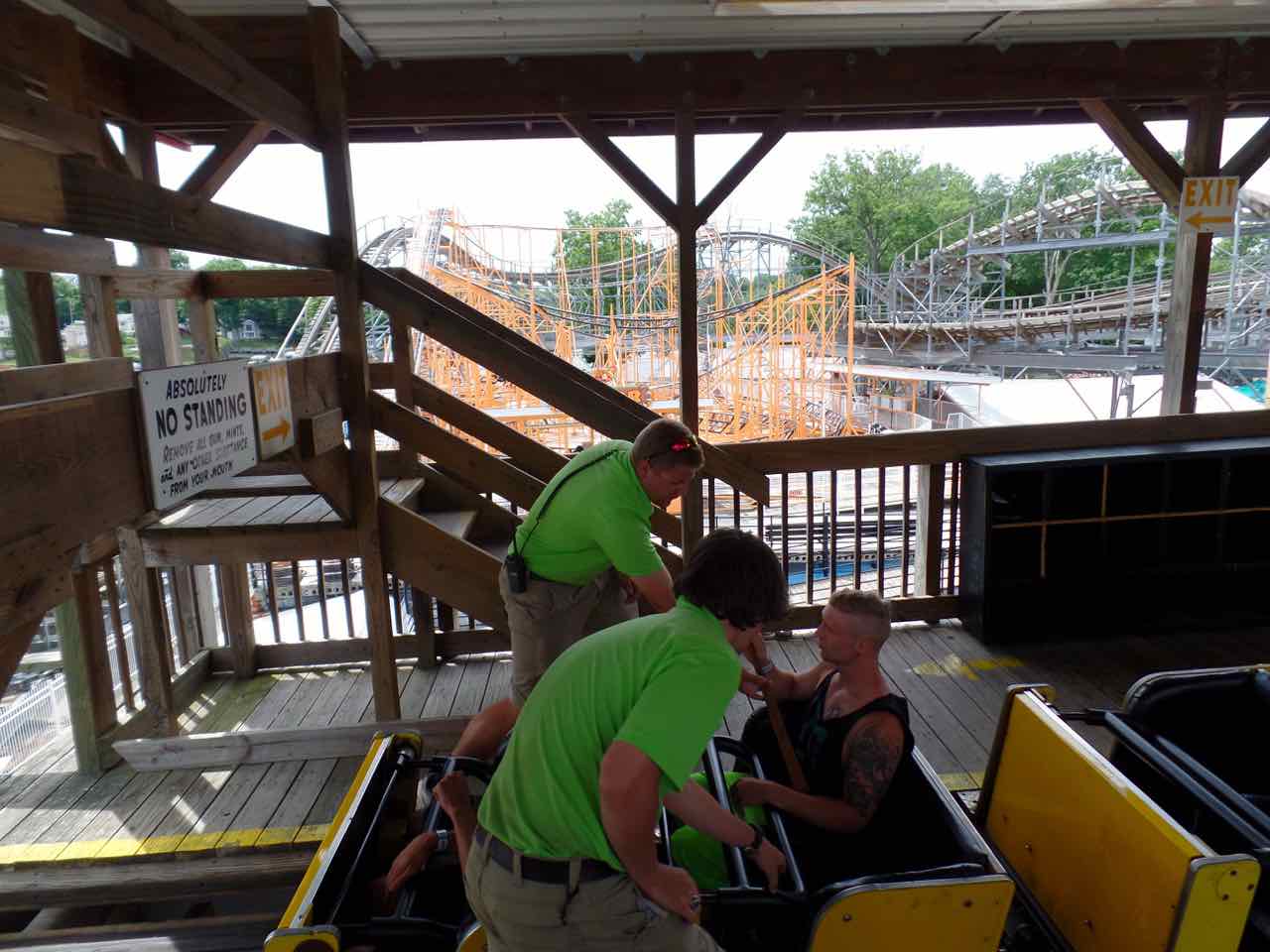 And the Cornball Express from its station. Tig'rr Coaster's in the background. Again, if you don't love the safety sign there we have issues. The elevated walkway means that as you leave you do walk over the train tracks, always fun and a sign of park crampedness. 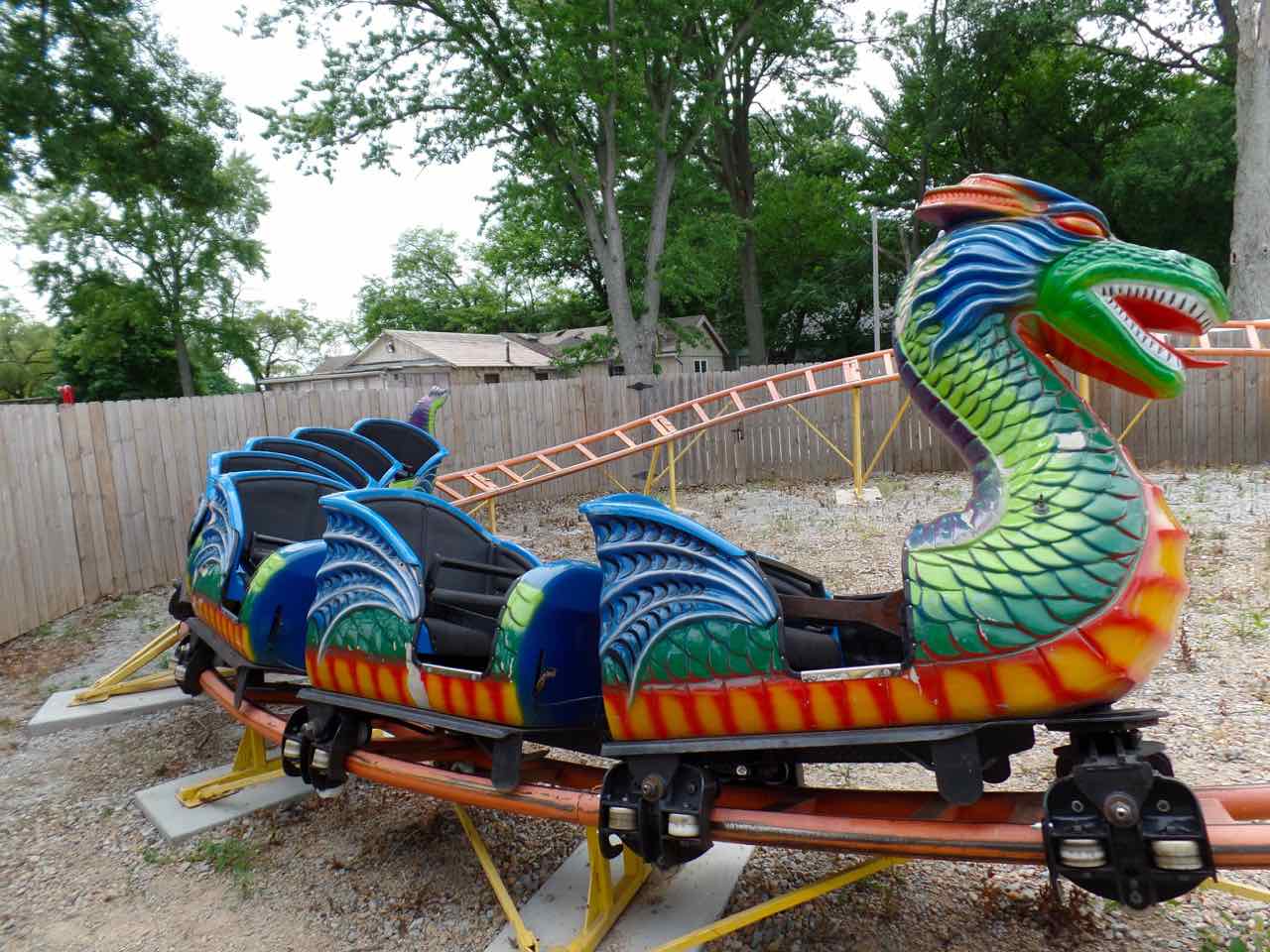 Dragon Wagon! The kiddie roller coaster that could have been

bunny_hugger's 200th, if it were running. It wasn't, and it didn't look like it would run anytime soon, but apparently we just caught it on a bad day. As desolate as the area looked apparently the ride's normally operating. 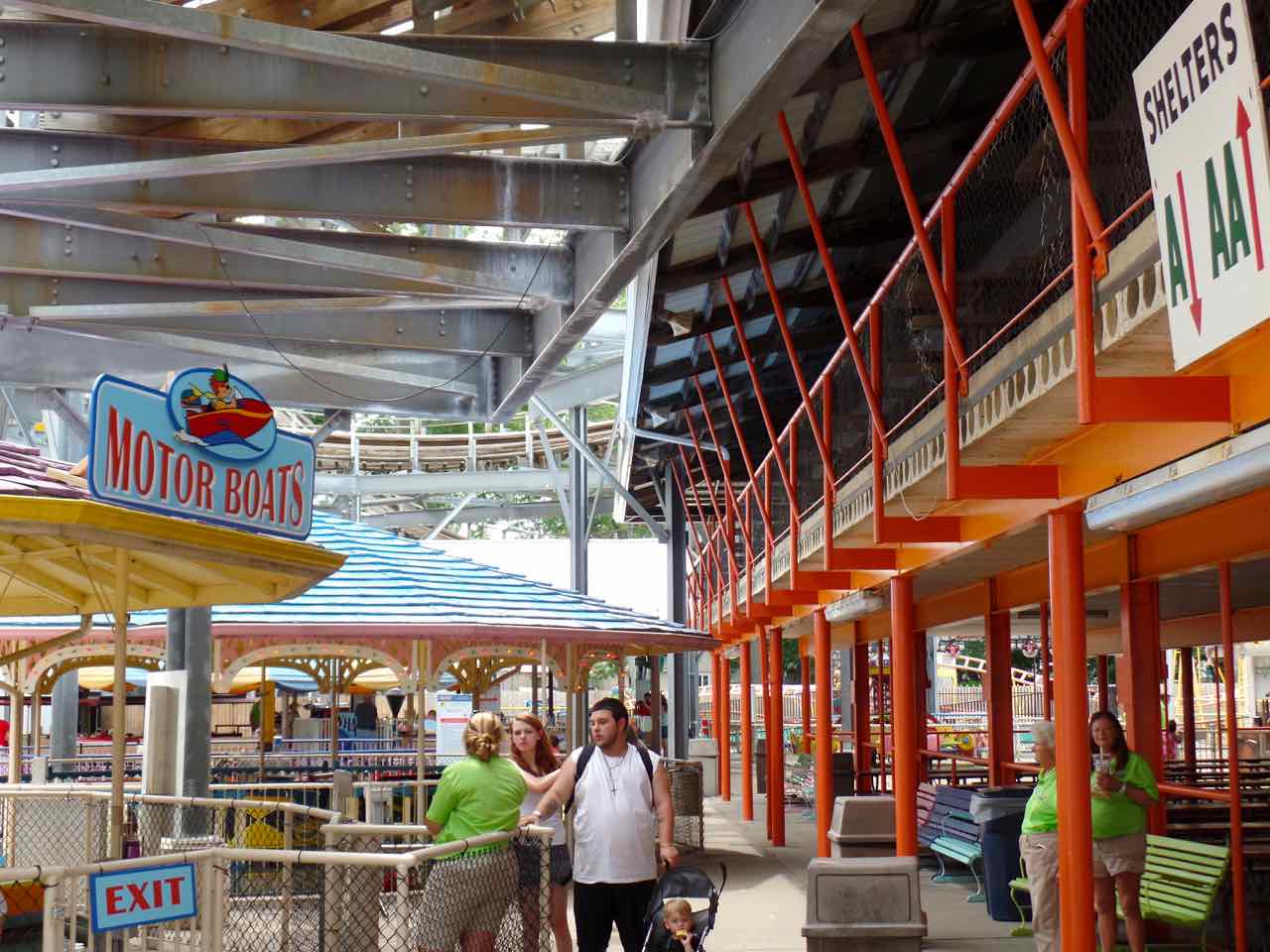 On the left, the kiddieland rides. Above, I believe, are supports for the platform Tig'rr Coaster and the Cornball Express are on. To the right, picnic pavilions and shelters A and AA. Not seen: shelter CHOO. 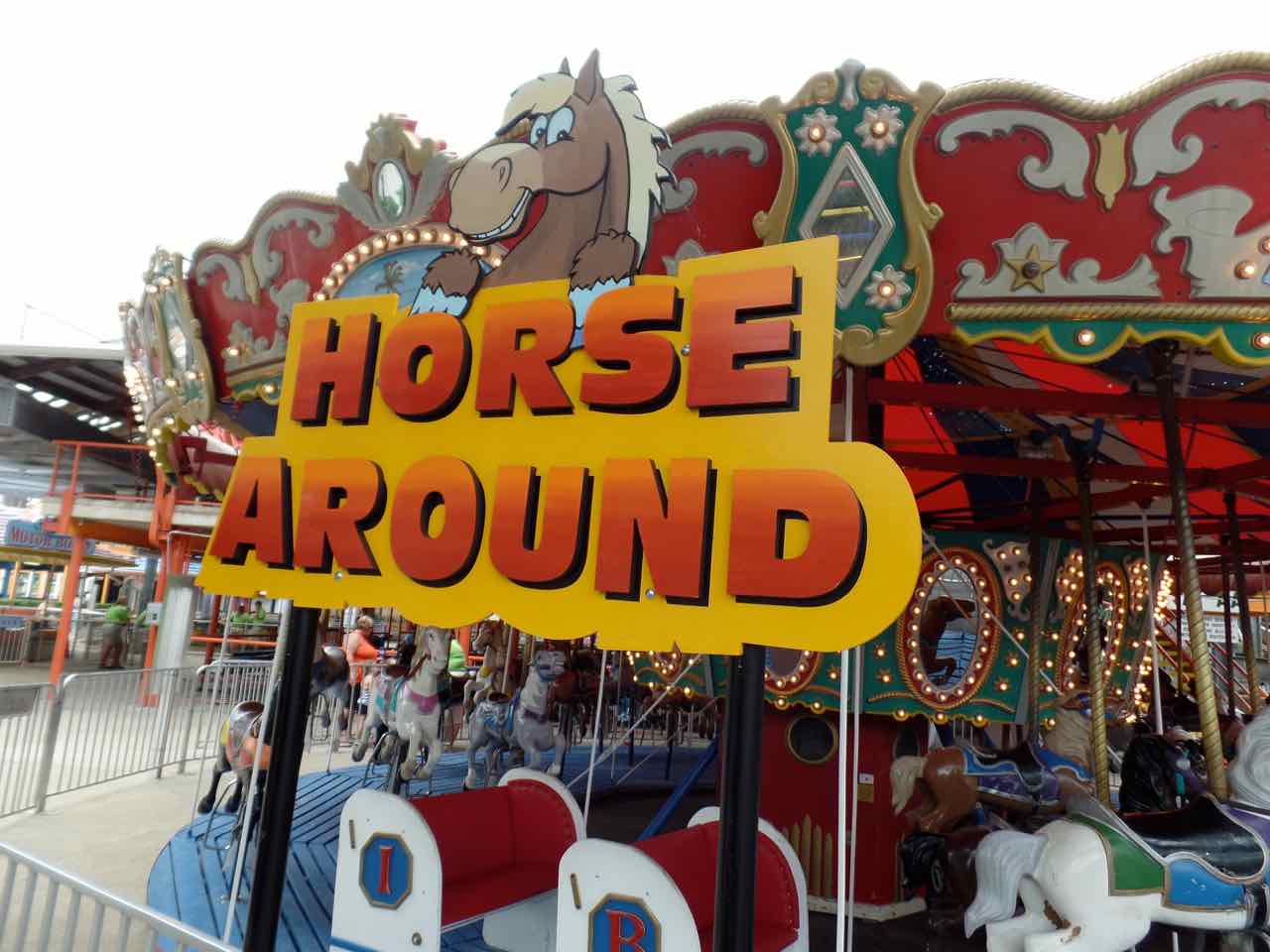 The 1950s aluminum-body carousel, for a rarity not named Carousel or Grand Carousel or the like. Horse Around is if nothing else a distinctive name for the ride. It's a small carousel and we failed to get a picture of the maker's plate, unfortunately. We suspect the Herschell company. The chariot is plain but marked I B, so at least they have that to tell you which park it is.

Trivia: Insurance rates for ships around 1460 Italy would range from about 1.5 percent of the insured value for a single voyage from Genoa to Marseilles; 5 to 7 percent for a single voyage from Genoa to England; around 10 percent for Genoa to Flanders. Salt would require higher premiums than cargo which could safely float in barrels in case of shipwreck. Source: Gold and Spices: The Rise of Commerce in the Middle Ages, Jean Favier.

Currently Reading: DC Showcase Presents: Superman Family, Volume 1, Editors Robert Greenberger, Emily Ryan Lerner. ``Here it is, Chief ... the story of the greatest dog hoax of the century!'' You know, Jimmy, I'm going to go ahead and give you that.