I didn't forget my humor blog. Here's what it's been doing the past week:

Once more now we take in pictures of Indiana Beach. It's a small park I admit but we haven't got near all the interesting stuff there. 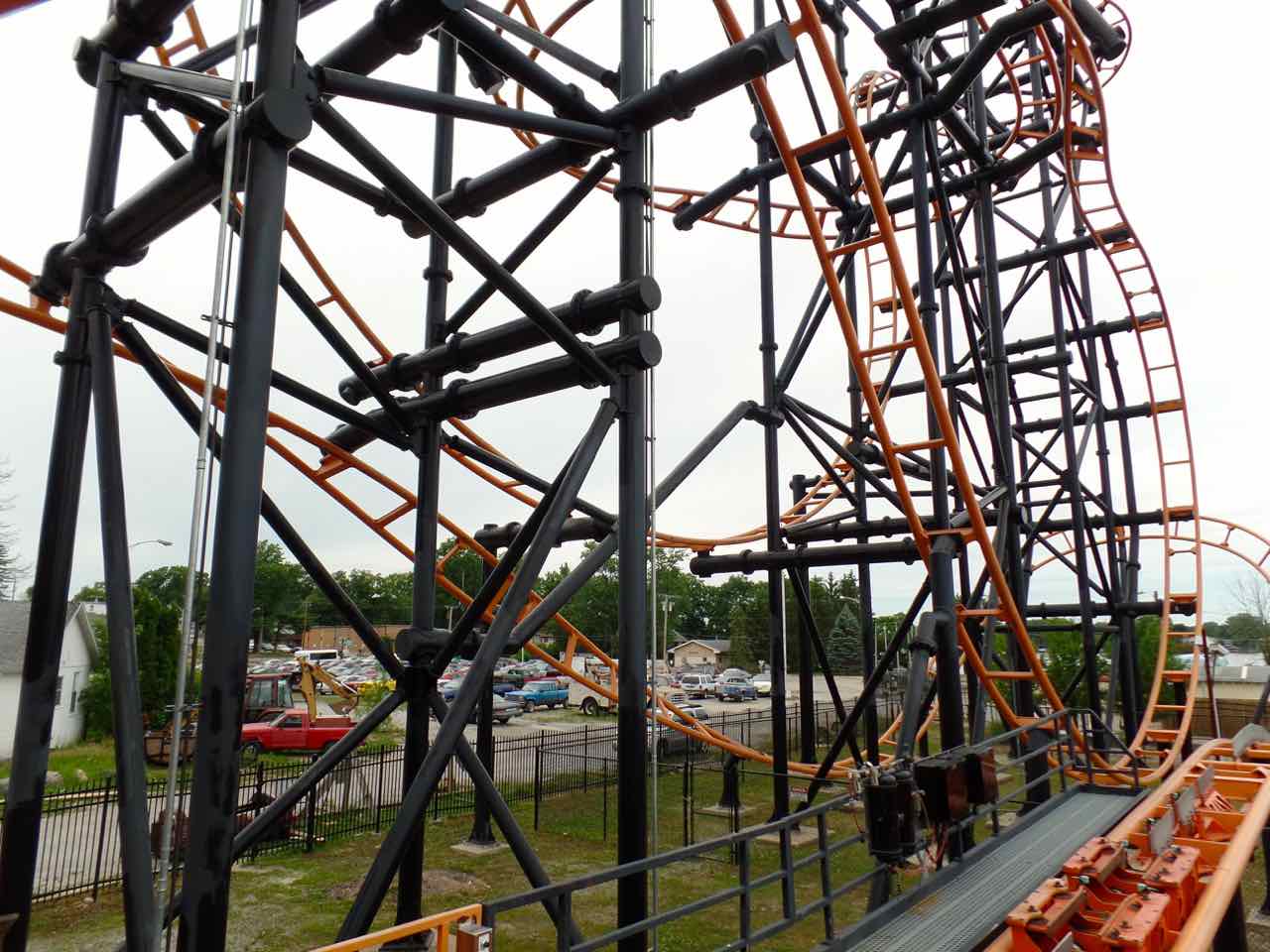 Steel Hawg: their newest coaster. Also a very compact one, despite appearances. It looks quite a bit and spirals around, but it's got a very narrow profile. The ride's off on the other end of the parking lot from the rest of the park, as if Indiana Beach figured it would grow in that direction before the financial crisis of 2007-08 spoiled everybody's fun and poor management leading up to 2015 really trashed the park. It's a breathtaking ride; don't leave your camera in your cargo pants pockets as that will press into the seats. 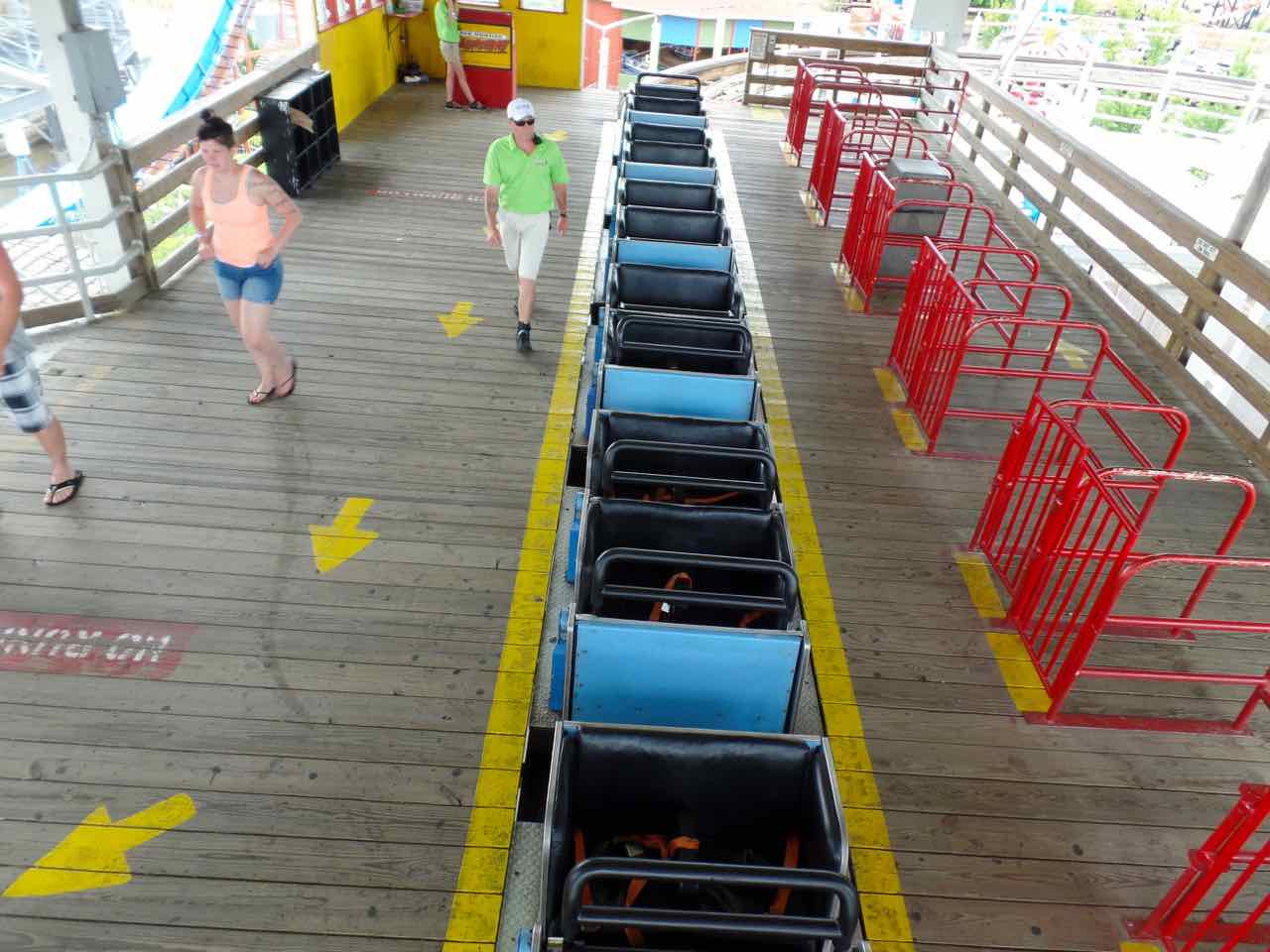 Hoosier Hurricane's launch station as seen from the pedestrian walkway leading into it. Later in the day for some reason the front seats would be closed off, but we could get a front-seat ride early. Light day of business at the park. 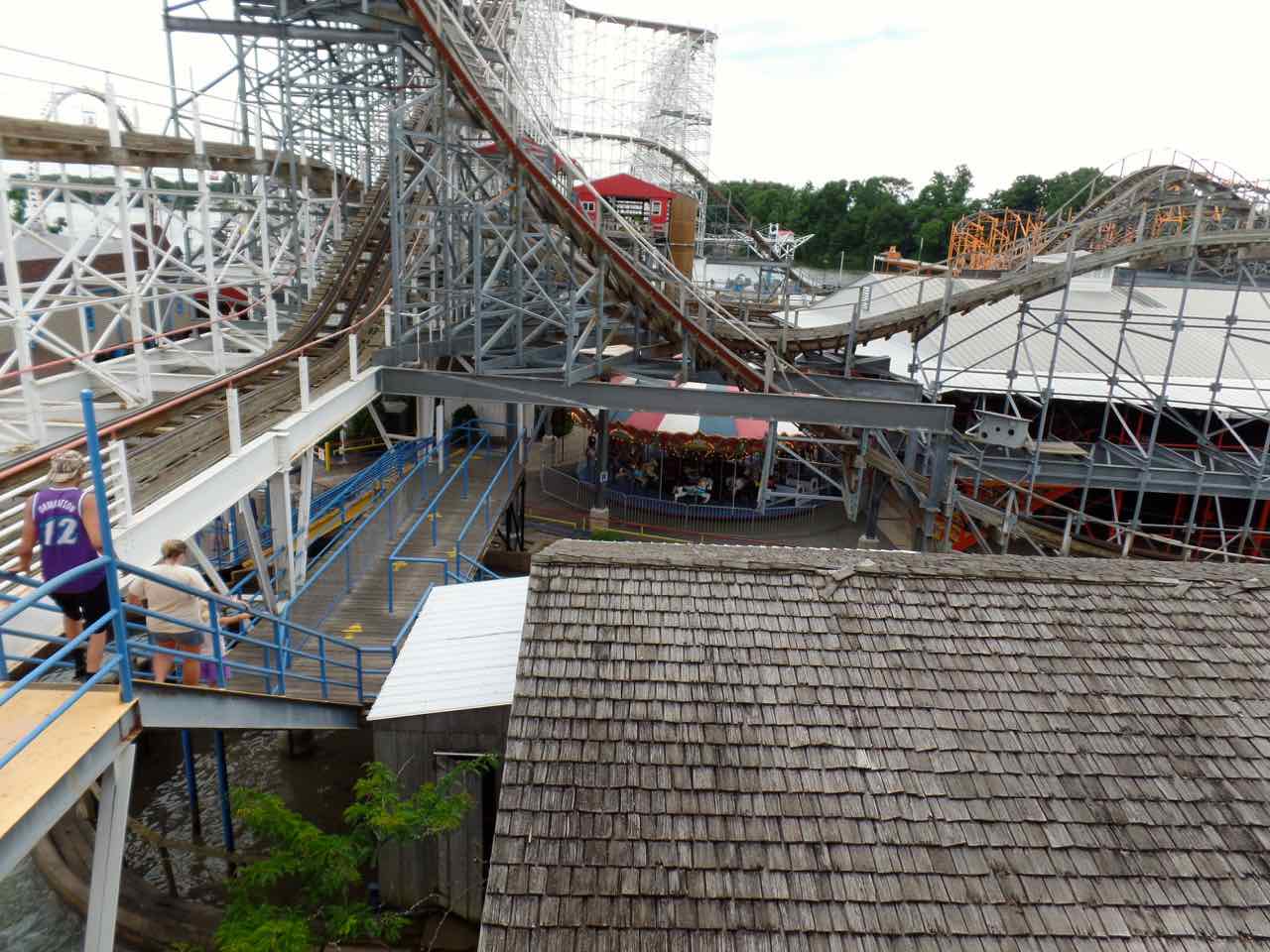 Looking back on the main park from the Hoosier Hurricane station. There's a log flume, Siamese twin to the roller coaster, in the foreground. Horse Around and the kiddieland are in mid-range. Cornball Express and Tig'rr Coaster are in the background. Total depth of field here: like 25 feet. It's a really packed space. 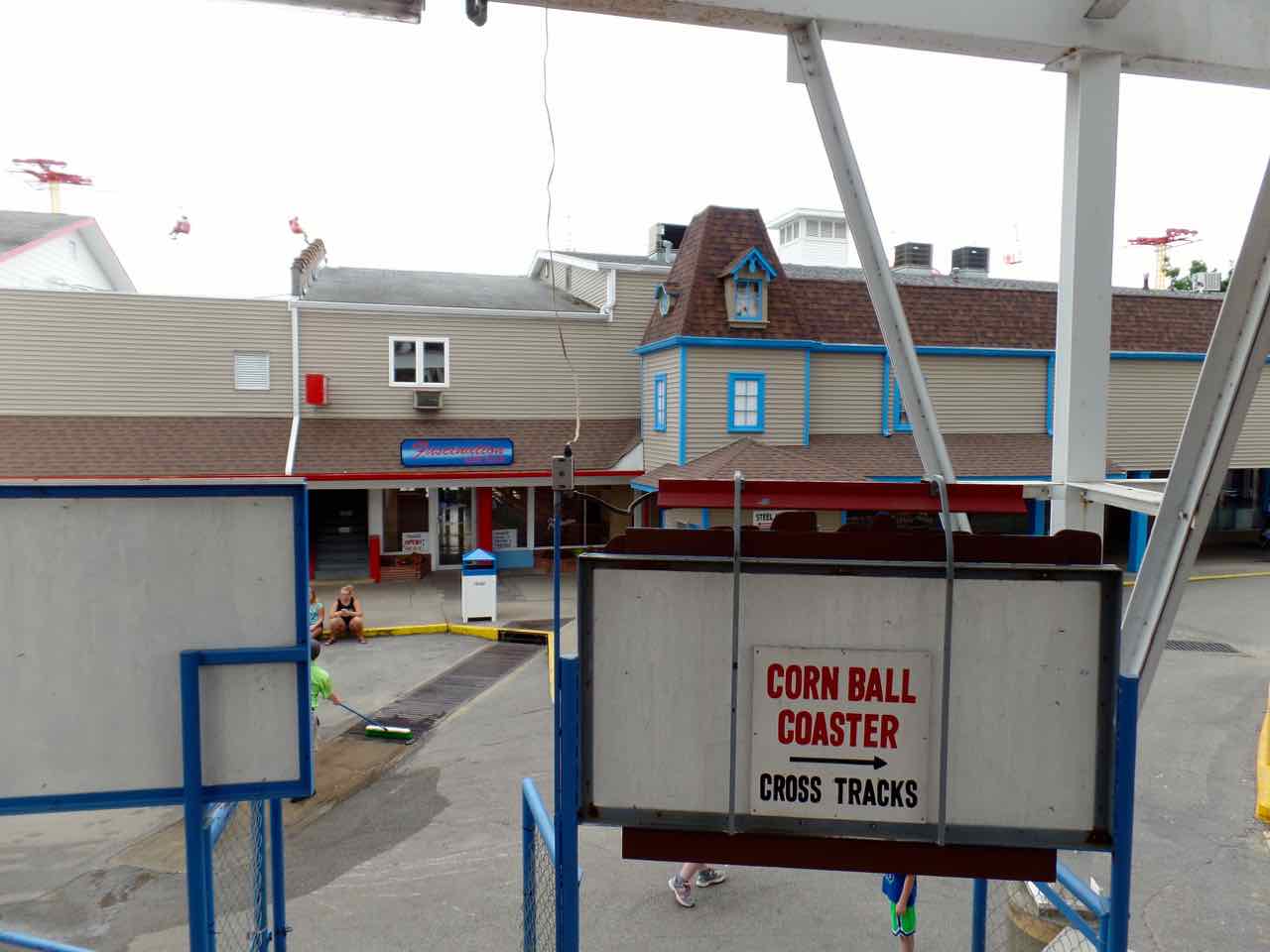 Just so you know I'm not making some crack about the midwest calling it the Cornball Express and all, that's what they really do call it here. The building in-between the foreground signs is the Fasciation parlor. And yeah, that's a guy squeegee-ing up the rain and spillover from the log flume. 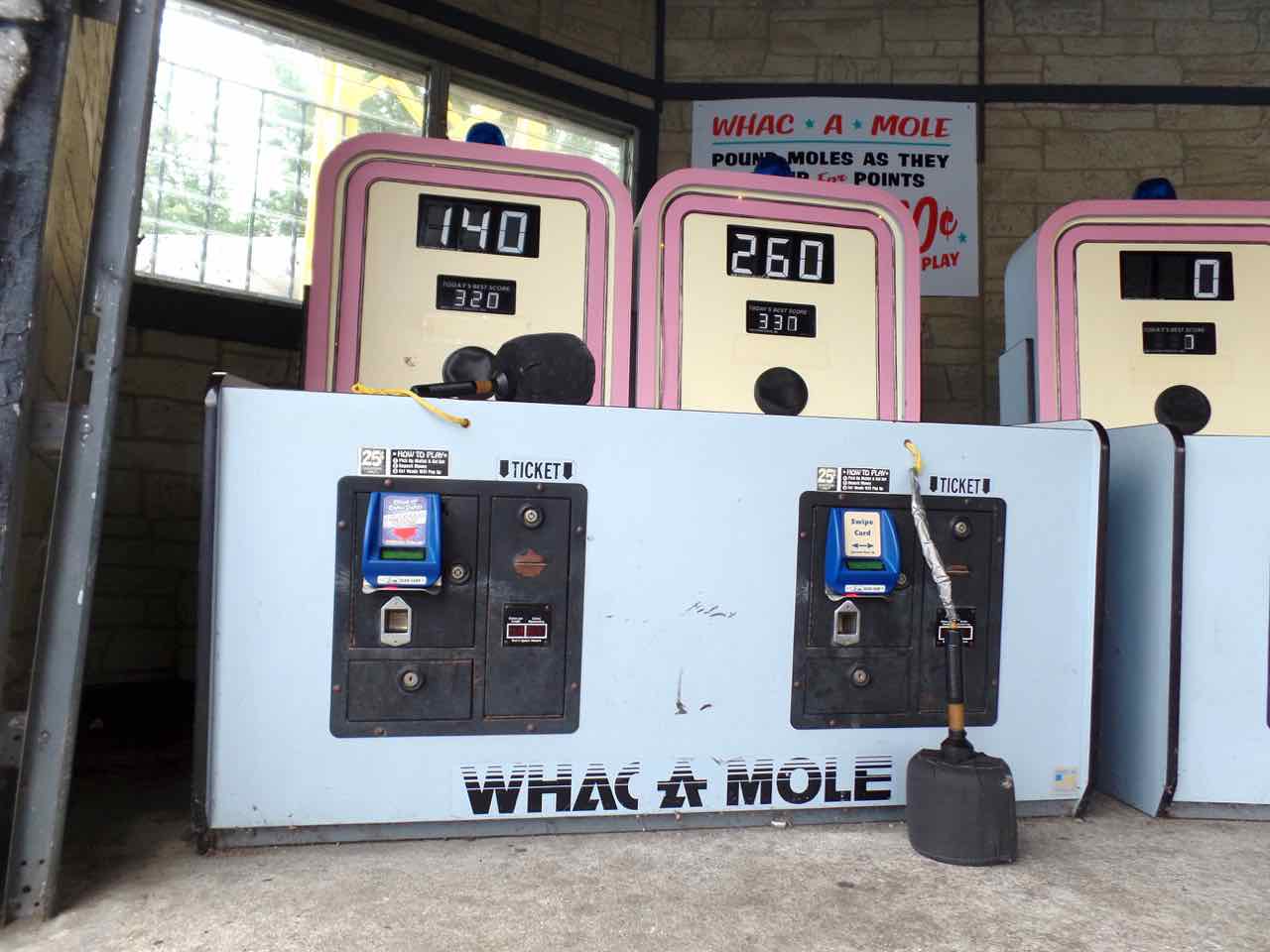 Whac-a-Mole attraction in the shooting gallery attached to Frankenstein's Castle. Tell me that typeface doesn't bring back warm memories of 1983. I dare you. 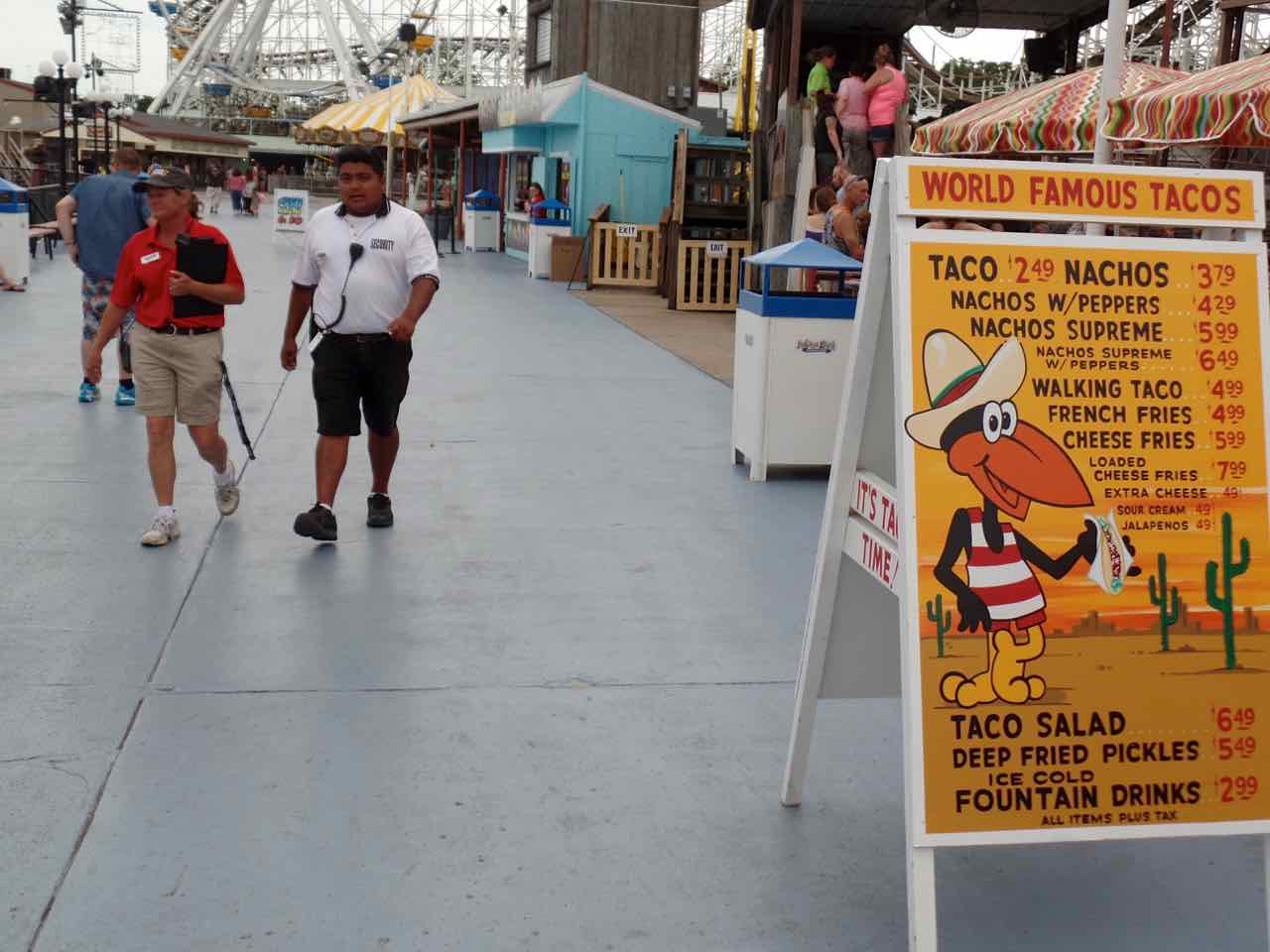 I B Crow, pitching tacos they claim to be the best in the world as proclaimed by the Food Network. We gave it serious thought but couldn't be sure there were vegetarian tacos or burritos or anything. The people queued up behind the World Famous Tacos sign are there for the Lost Coaster of Superstition Mountain, which would be a great ride just for its name alone.

Trivia: 232 of the 1,817 pounds in the Voyager space probes were dedicated to scientific instruments. Source: Voyager: Seeking Newer Worlds in the Third Great Age of Discovery, Stephen J Pyne.

Currently Reading: DC Showcase Presents: Metal Men, Volume 1 Editor Peter Hamboussi. Boy but this is three parts fascinating and four parts stupid, which I guess is what you read DC Comics Of The Sixties for.