It's an exciting week for my mathematics blog. As your Friends page showed, or your RSS feed showed, I did something that really brings people out to my writing. Let me know if you see what it is in this roster of posts.

Now some more fun with Indiana Beach. I'll start out with a part that wasn't any fun at all! 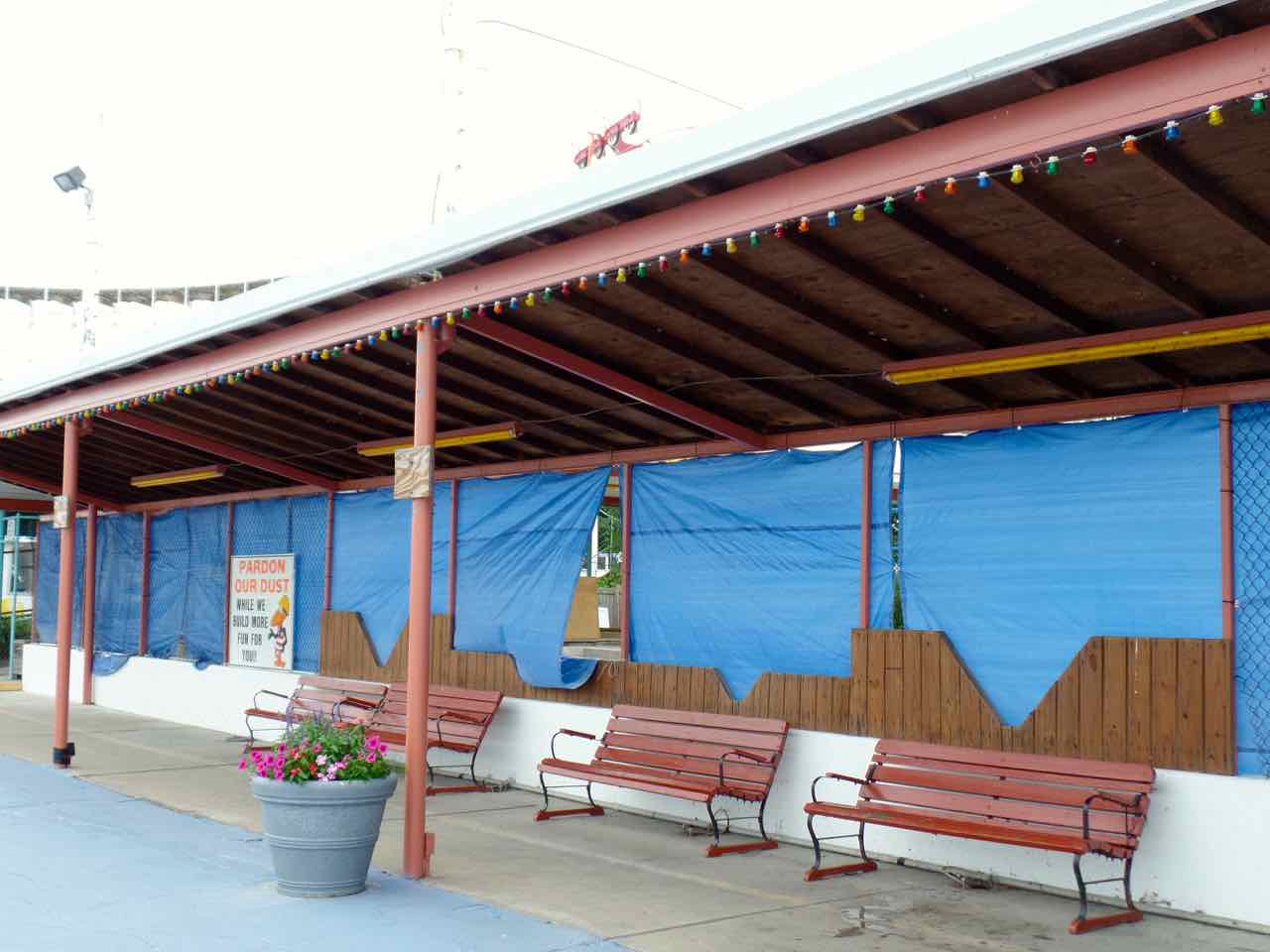 Now some pictures of an Indiana Beach ride we didn't go on: Splash Battle. This had been a ride with boats moving along a track and riders shooting one another with water guns. It was way closed for renovations and one of the ride operators mentioned that as one of the losses of the hard year of 2015 but the rest of the park was doing well. 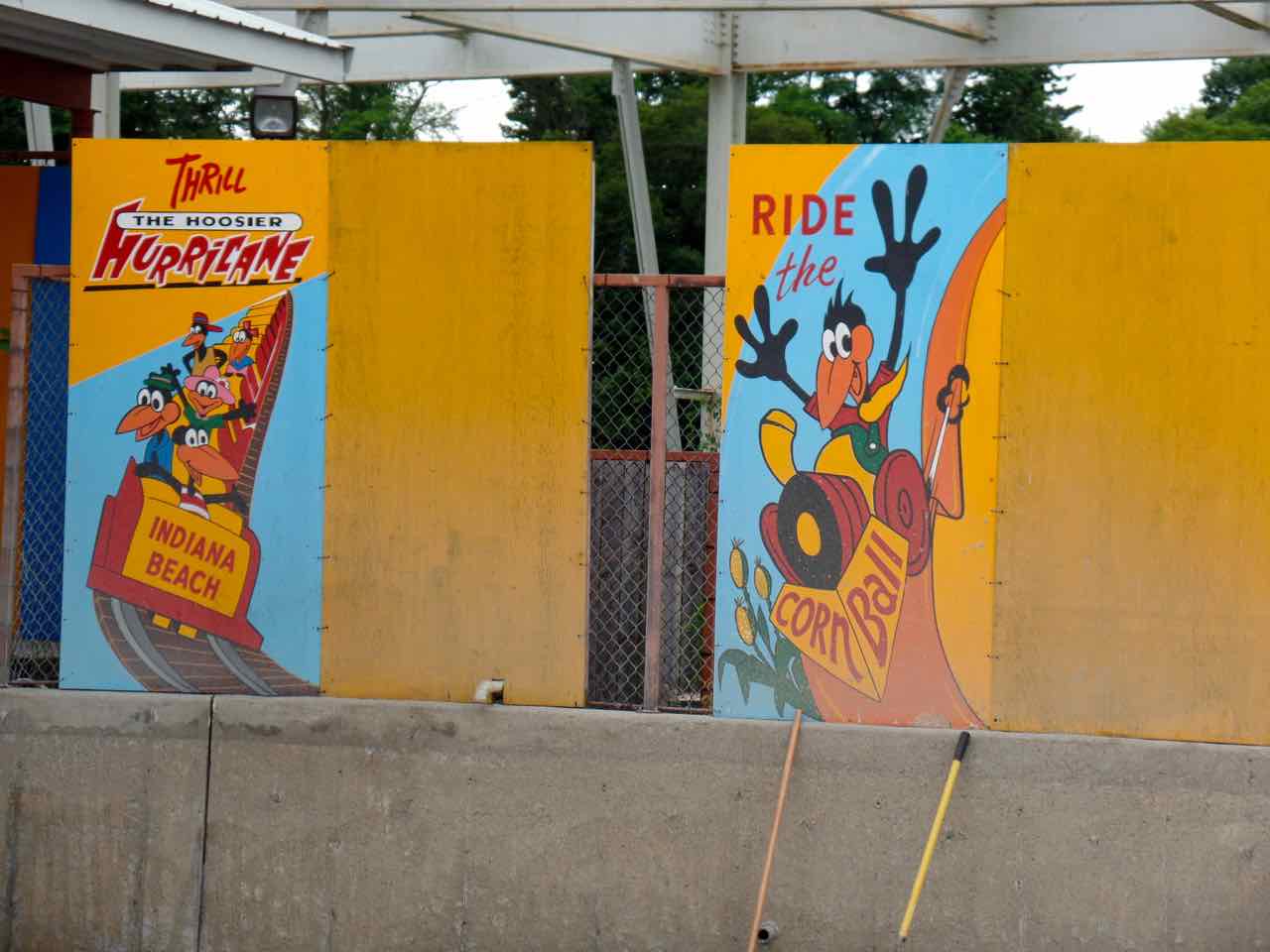 But we could still peek in-between the canvases at Splash Battle. On the far side were these charming posters for the Hoosier Hurricane and teh Cornball Express roller coasters. 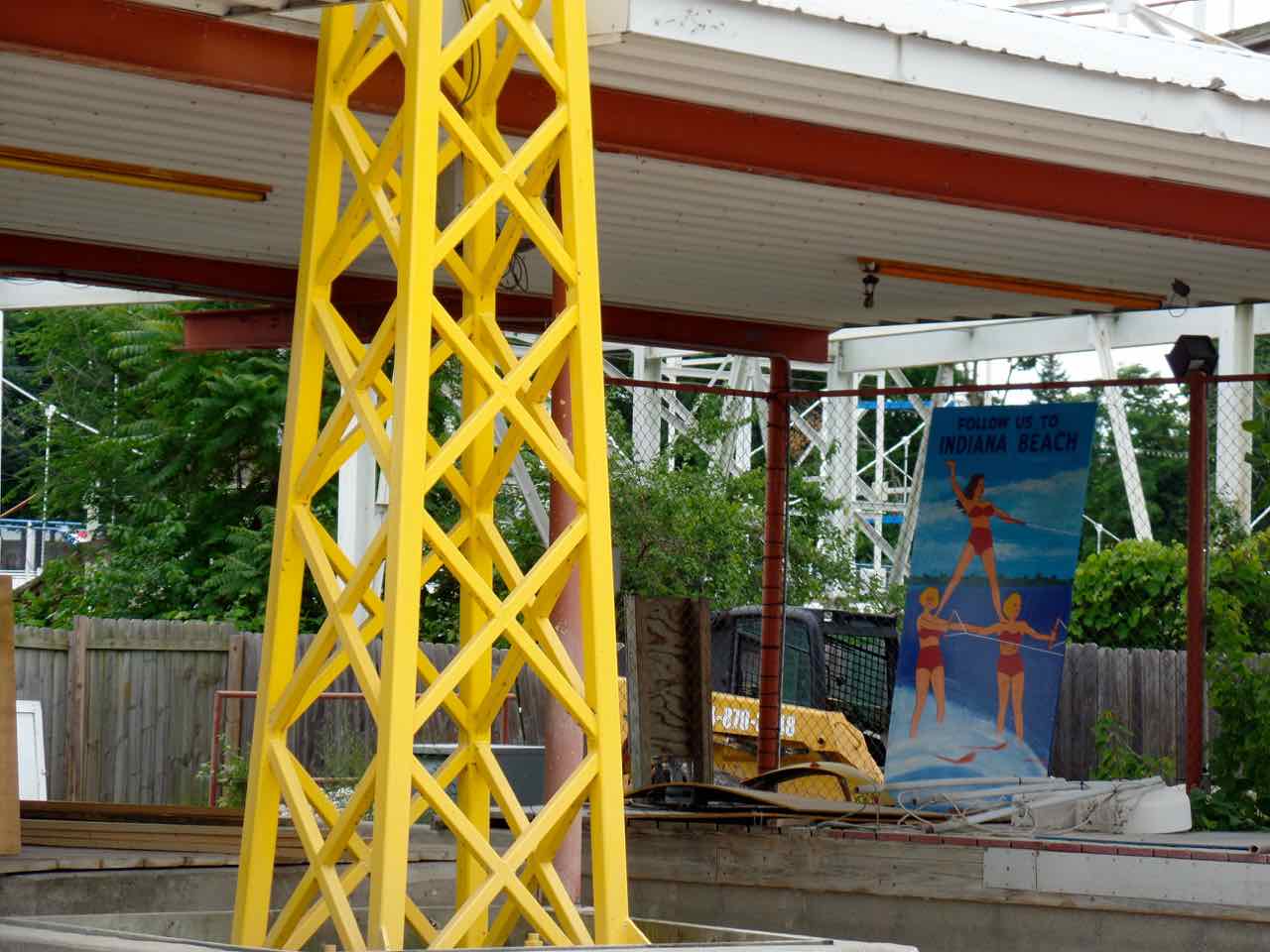 More at the empty remains of the Splash Battle ride. I like the old-style water-skiing sign. The pillar is one holding up the chair lift ride. 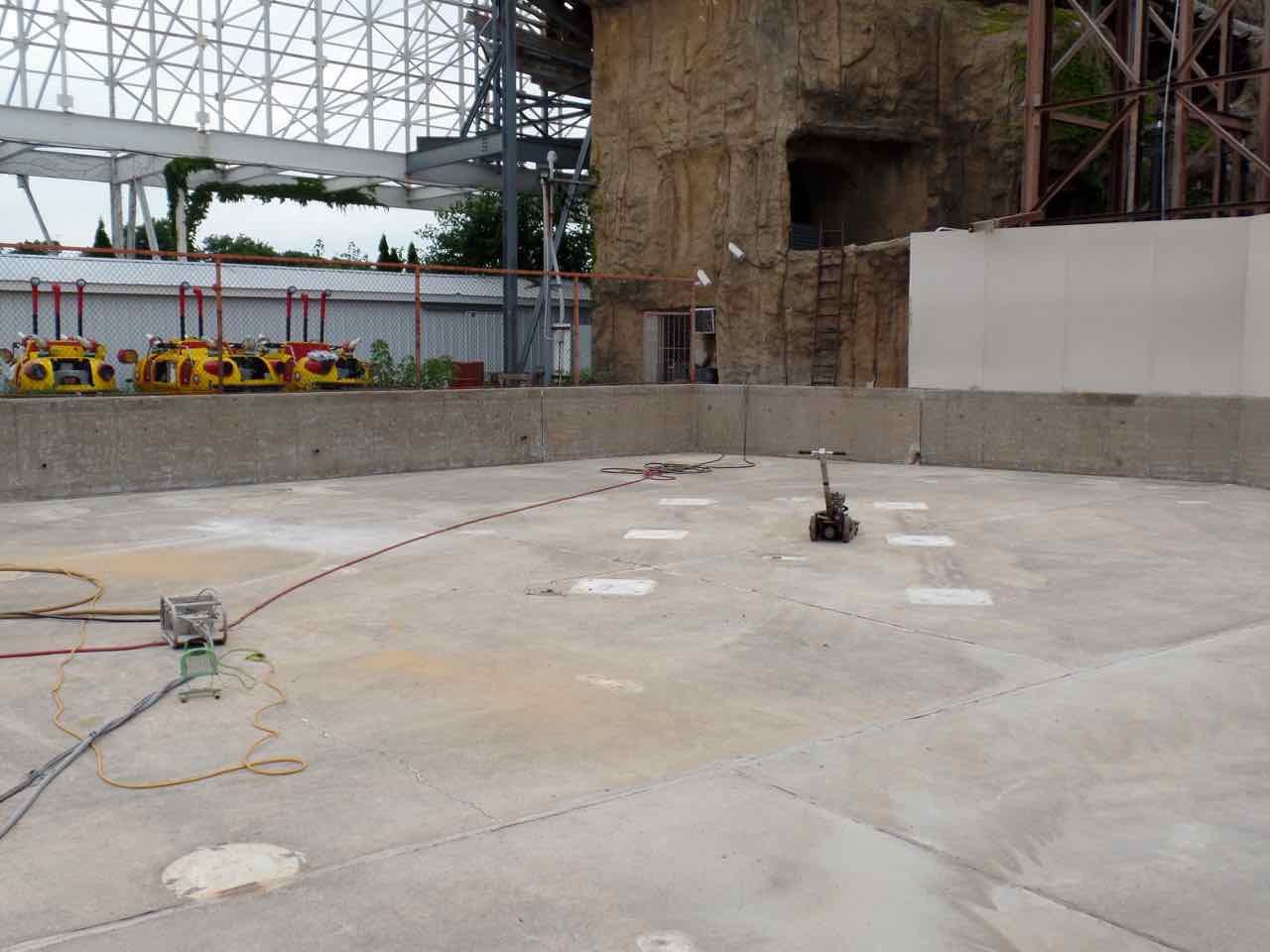 The underside of Splash Battle. I don't know whether they're repairing the concrete in hopes of reopening the boat ride sometime or whether they're figuring on replacing the ride with something new. It's a land-starved park; either would make sense. In the background is the housing for Lost Coaster of Superstition Mountain. 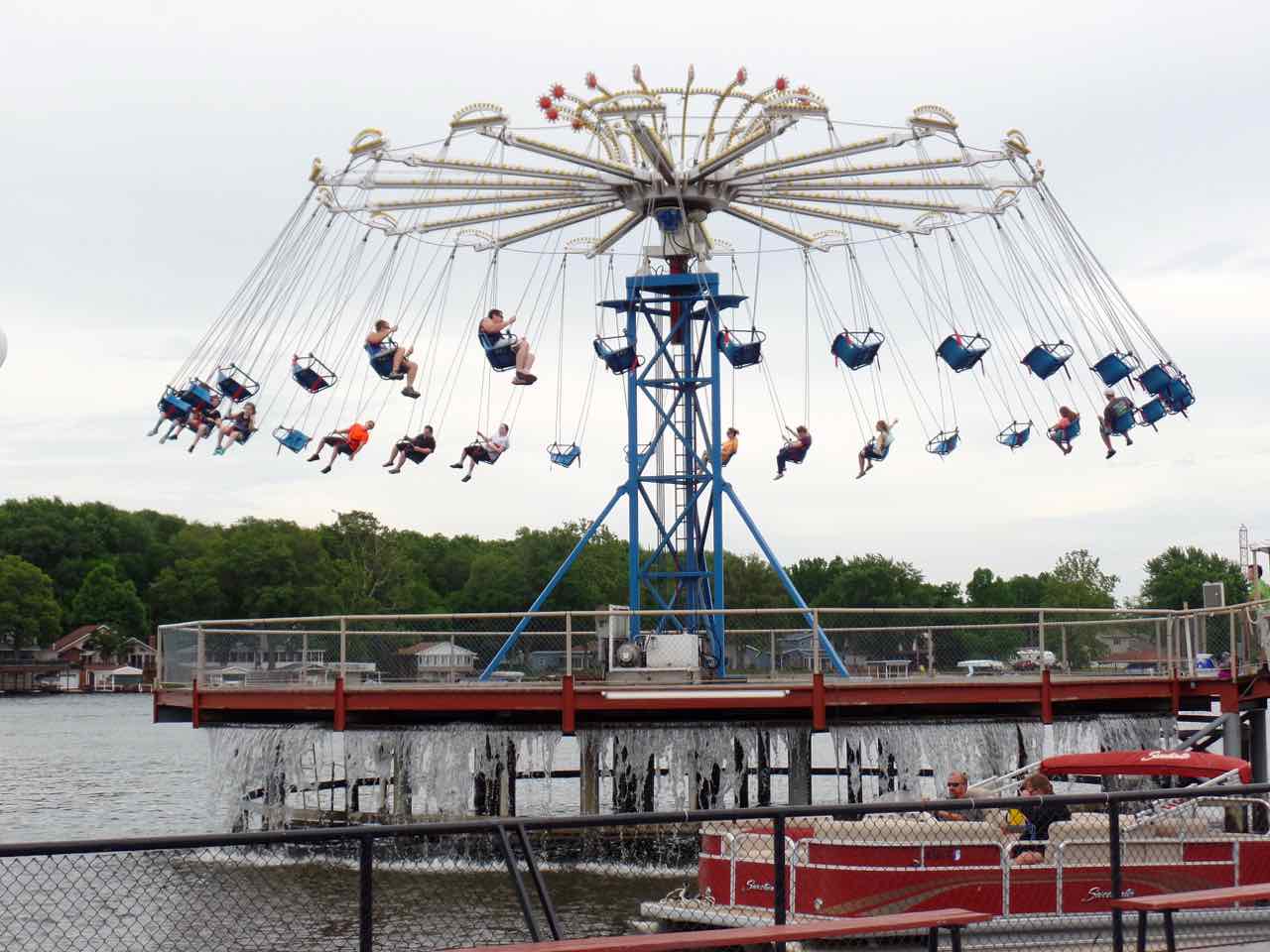 Shafer Swings: a Chance Yo-Yo swings ride, made all the more thrilling by being built out over Lake Shafer. And if that weren't enough, to have water flowing underneath the deck and falling out the sides of the track. A Yo-Yo's already a pretty good ride; the feeling you would be pitched into the water really makes it thrilling as I worried all the time I'd drop my car keys into the river. 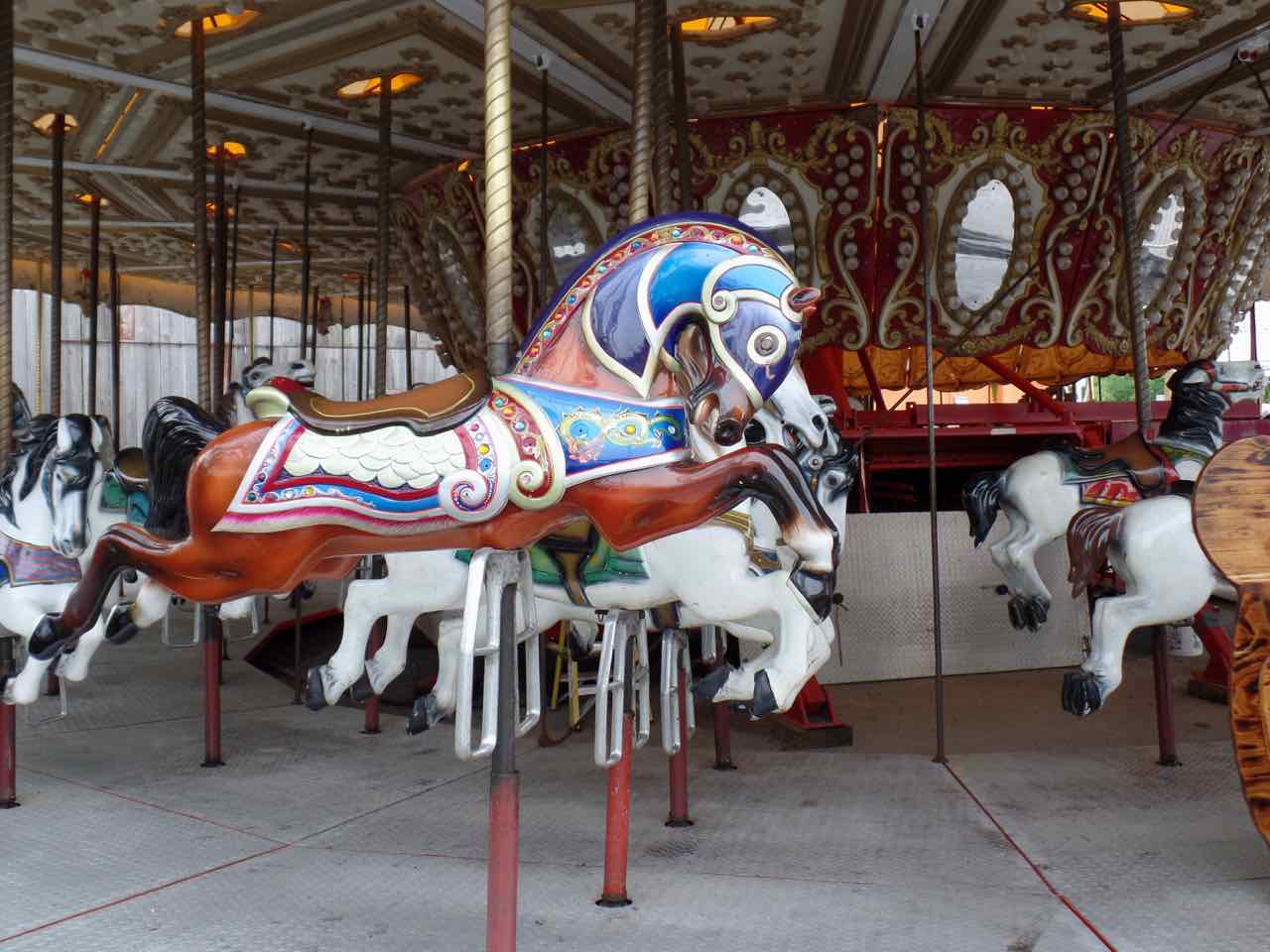 The other carousel! Not Horsing Around, but also not a carousel we realized they had. It's on the far side of the park, near the Swings.