Remember my humor blog? Well, this is about my mathematics blog. It could've been on your Friends page, or might yet fit on your RSS reader. Otherwise, hey, here's some of the stuff been going on. It's a mix of the easy stuff (Reading the Comics) and the hard stuff (Why Stuff Can Orbit), with an appeal for my forthcoming End Of 2016 Mathematics A To Z included. For example:

And now Indiana Beach, back at the height of summer, and our anniversary. 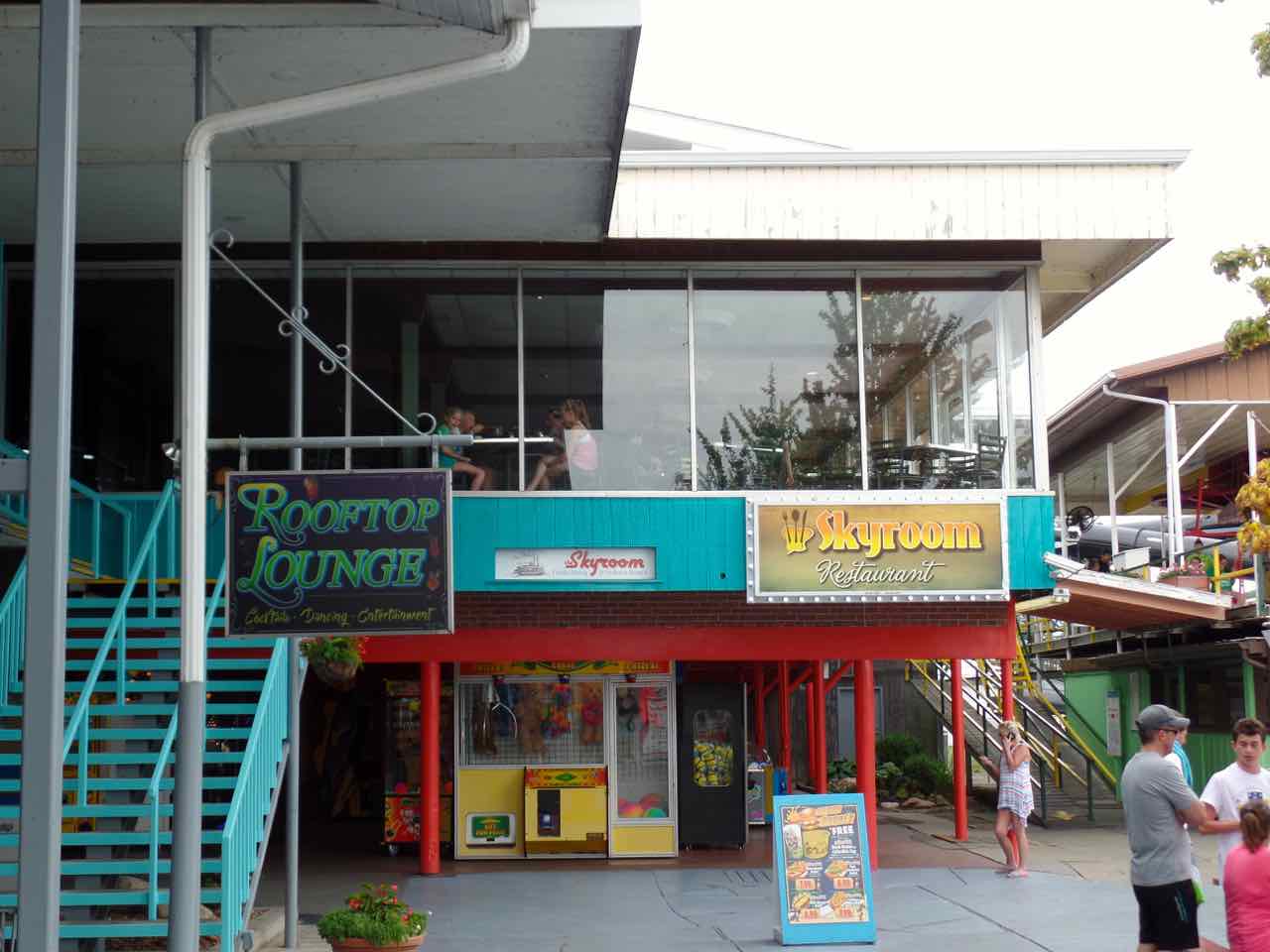 The Skyroom Restaurant, where we had lunch. And the Rooftop Lounge, which wasn't open just yet. It's a pleasant enough spot, and from its elevation you can look over a good bit of park and over the Ideal Beach swimming area. The restaurant also has a small dance floor. Also the general layout shows why this place gave me such feelings of being on the Jersey Shore. It's got the look. 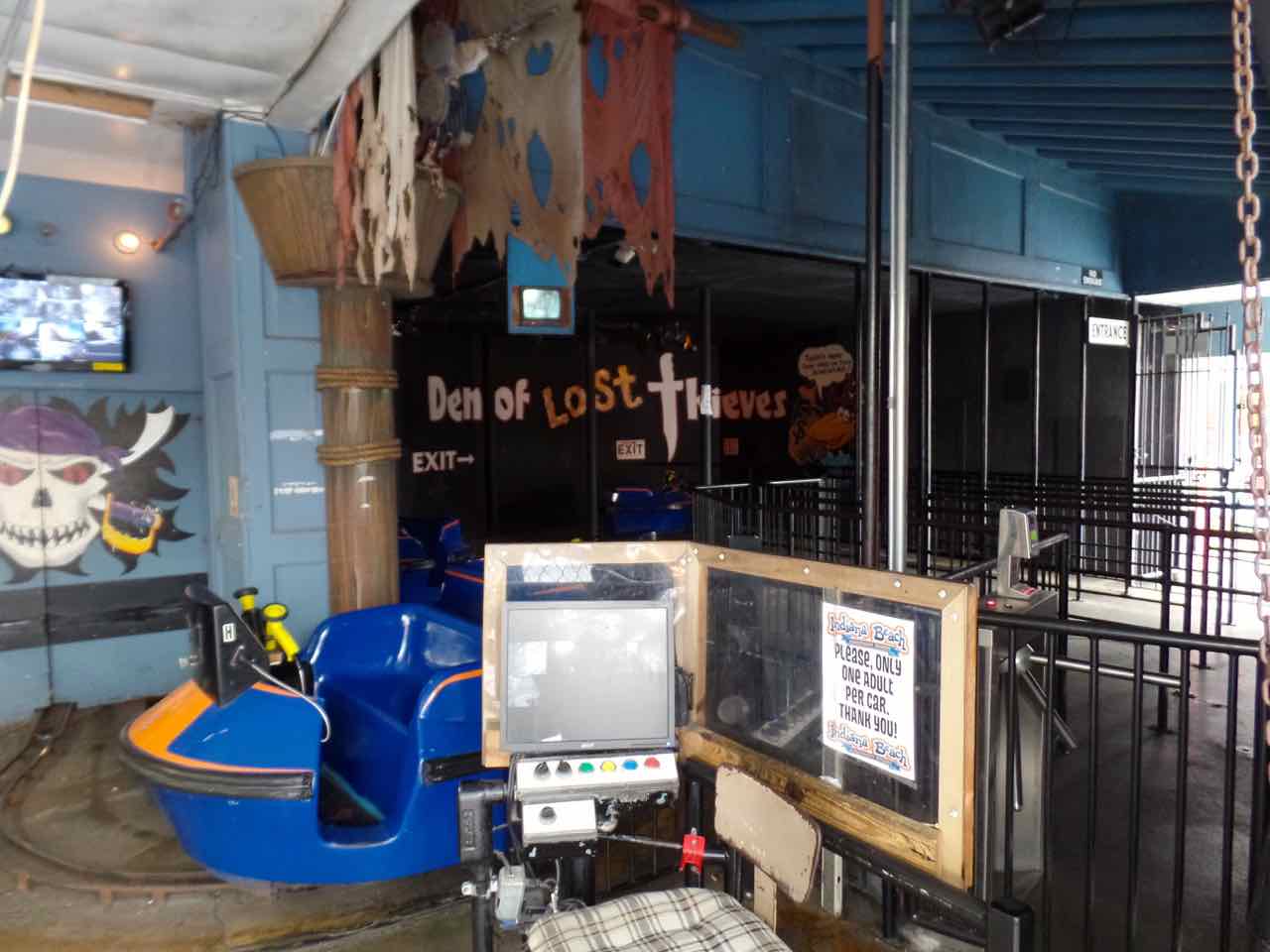 Entry area for the Den of Lost Thieves dark ride. We never saw it open, although I could swear I'd seen people working at the area and maybe even getting a test train ready. Missing this would be one of our two disappointments of the day. The Shafer Queen: our other disappointment of the day. It wasn't sailing the day we visited. It does a tour of the river/lake the park's built against. 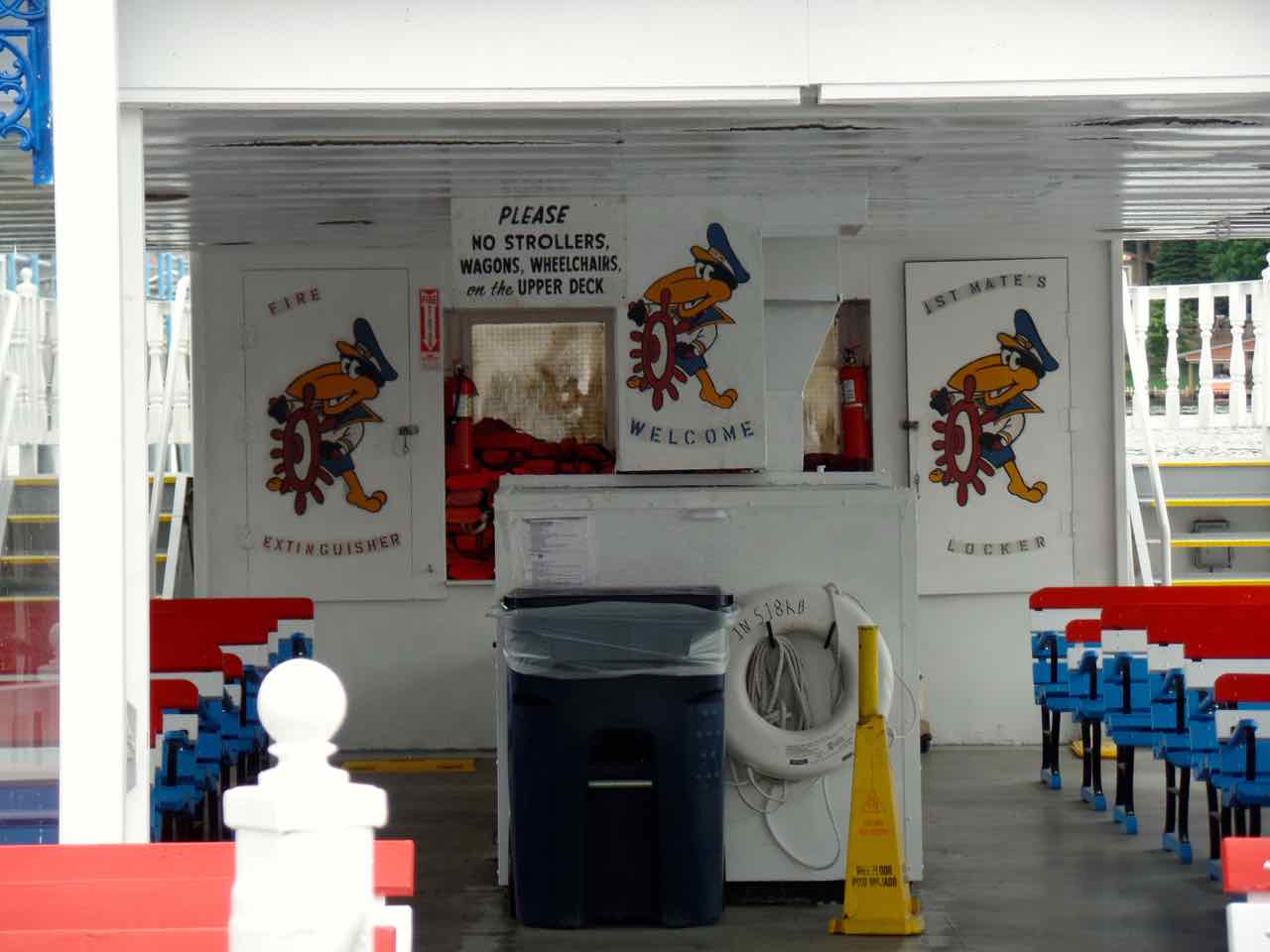 Jaunty sailing fun with I B Crow! A detail from within the Shafer Queen. I like his look although repeating the same image three times on the same wall makes it wear a little thin. 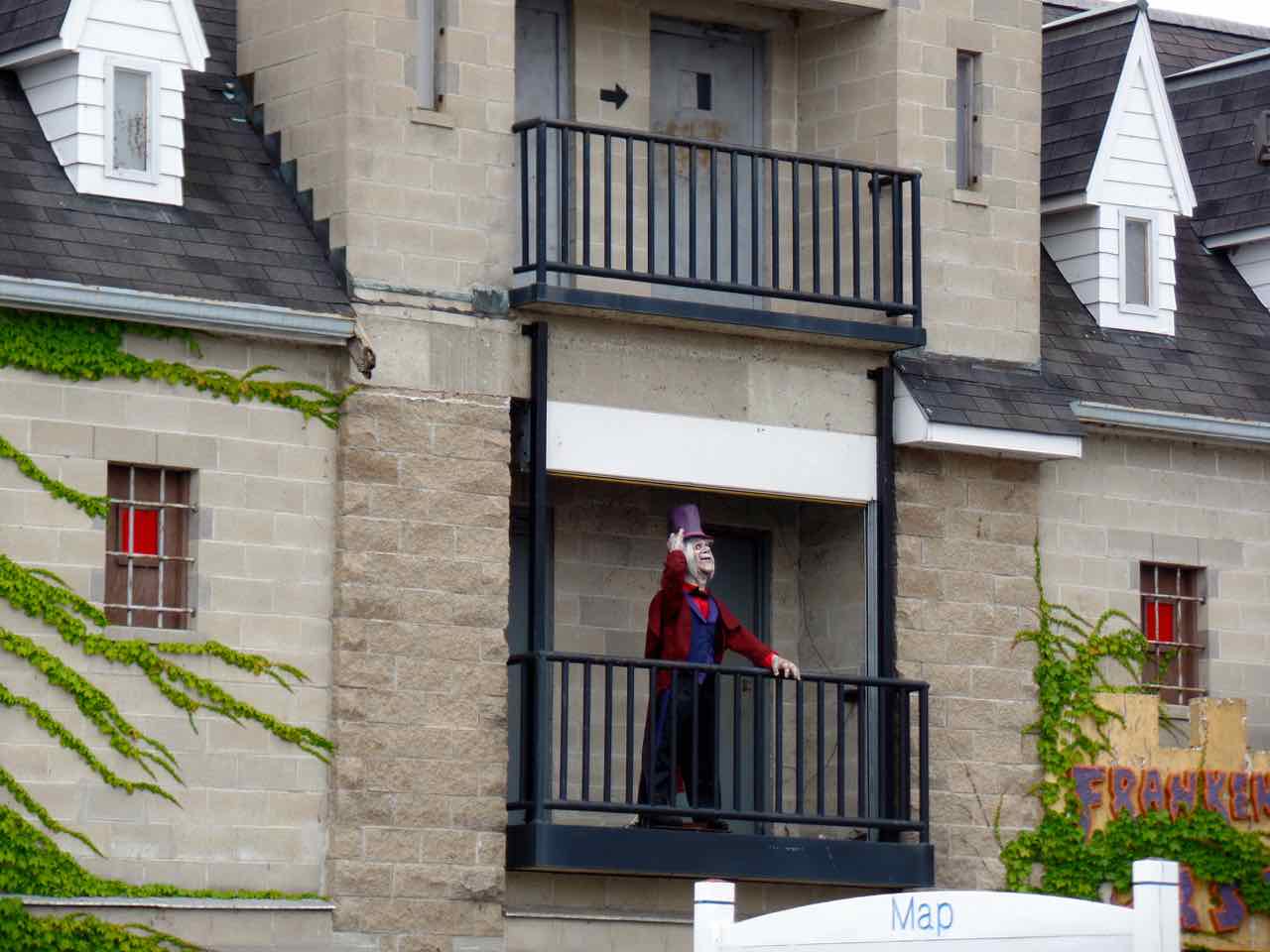 Animatronic outside Dr Frankenstein's Haunted Castle. This walk-through attraction has twice won the Golden Ticket Award for the World's Best Walk-Thru Attraction and I can't dispute that. The animatronic calls people over to enjoy the thrills and whatnot. Yes, Dr Frankenstein will pop his head off when tipping his hat. 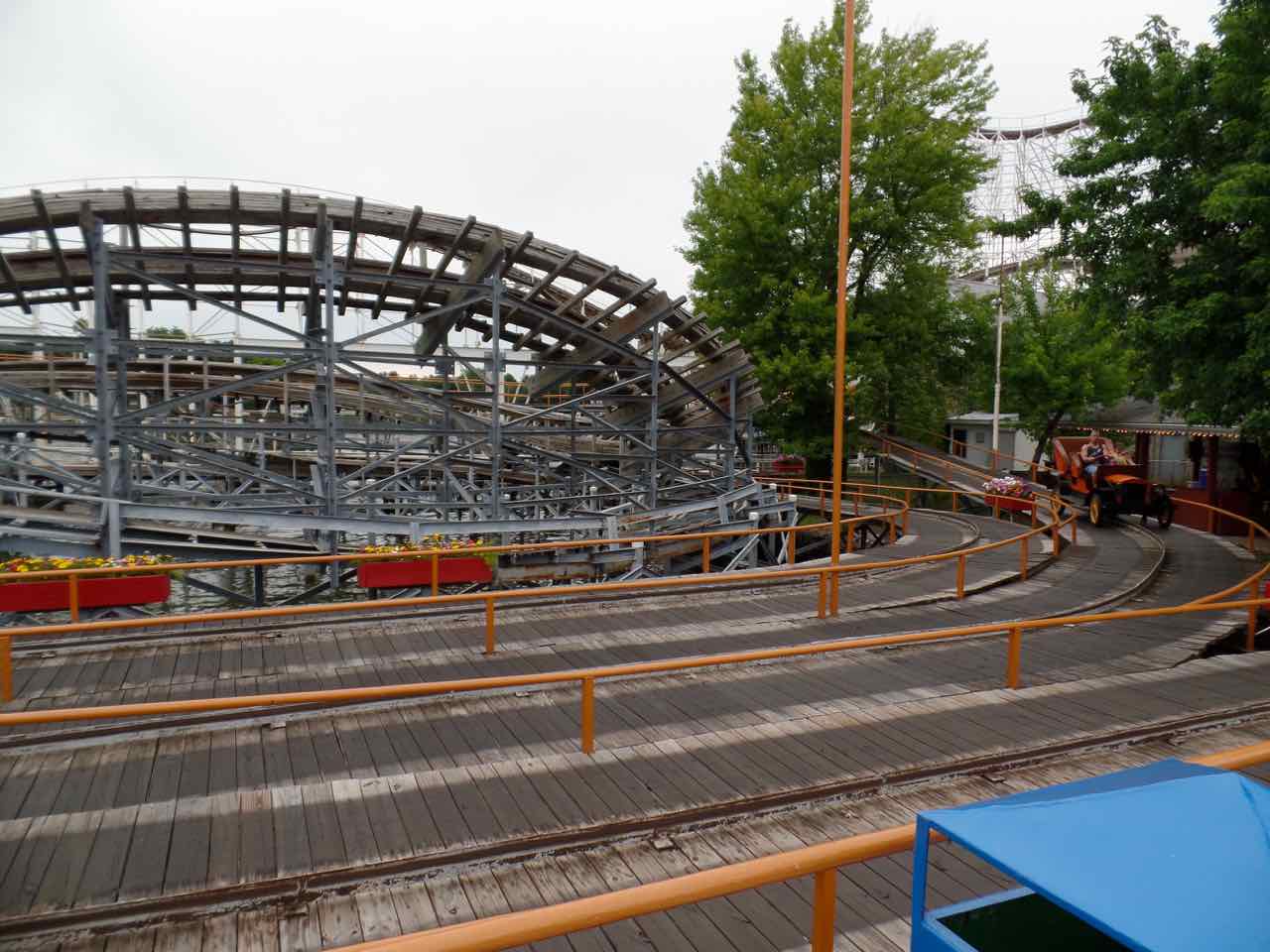 The Antique Autos ride. It hasn't got nearly the space to sprawl out and find scenery that your park with, you know, space can use. It makes up for it by rising and falling, in part, and by going around the far end of the Lost Coaster of Superstition Mountain's track.

Trivia: In 1903 'psychic' Edgar Cayce sold Parker Brothers a trading game named Pit. By 31 October, 38,000 sets of Pit had been shipped; the next week, 26 thousand more were sold. By 16 January 1904 some 390,000 were sold; and by 21 March, three-quarters of a million. It was priced at 50 cents. Source: The Game Makers: The Story Of Parker Brothers From Tiddledy Winks To Trivial Pursuit, Philip E Orbanes.