We'll be back up north, to Northport, after tossing out my normal pitch for my mathematics blog. Stuff that's been there the past week: 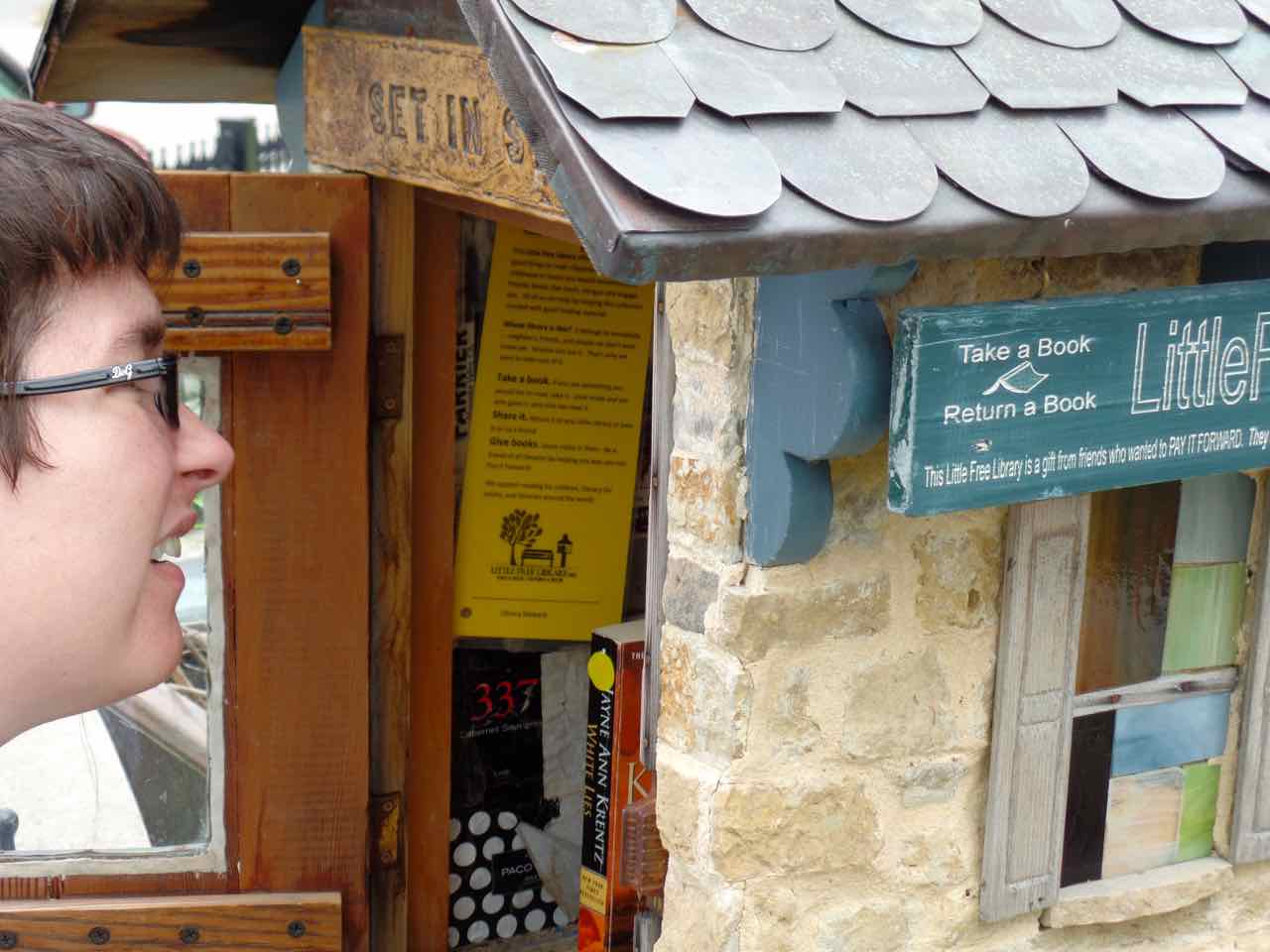 bunny_hugger peers into an adorable Little Free Library in Northport. One of many delights of the little town. 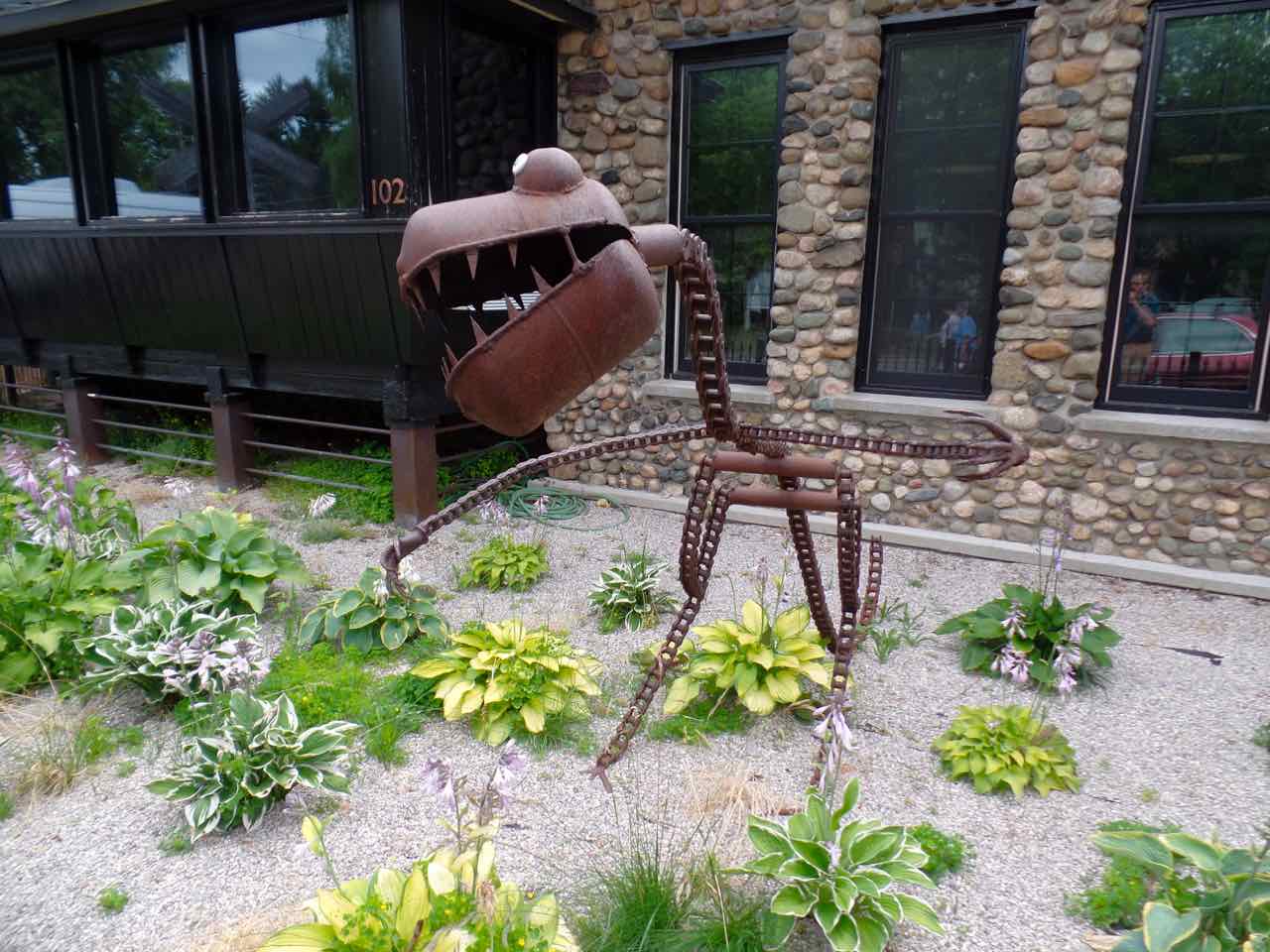 Art, as put on display outside what I assume to be a gallery. The gallery(?) itself is set up in what looks like a very old-fashioned railroad car. 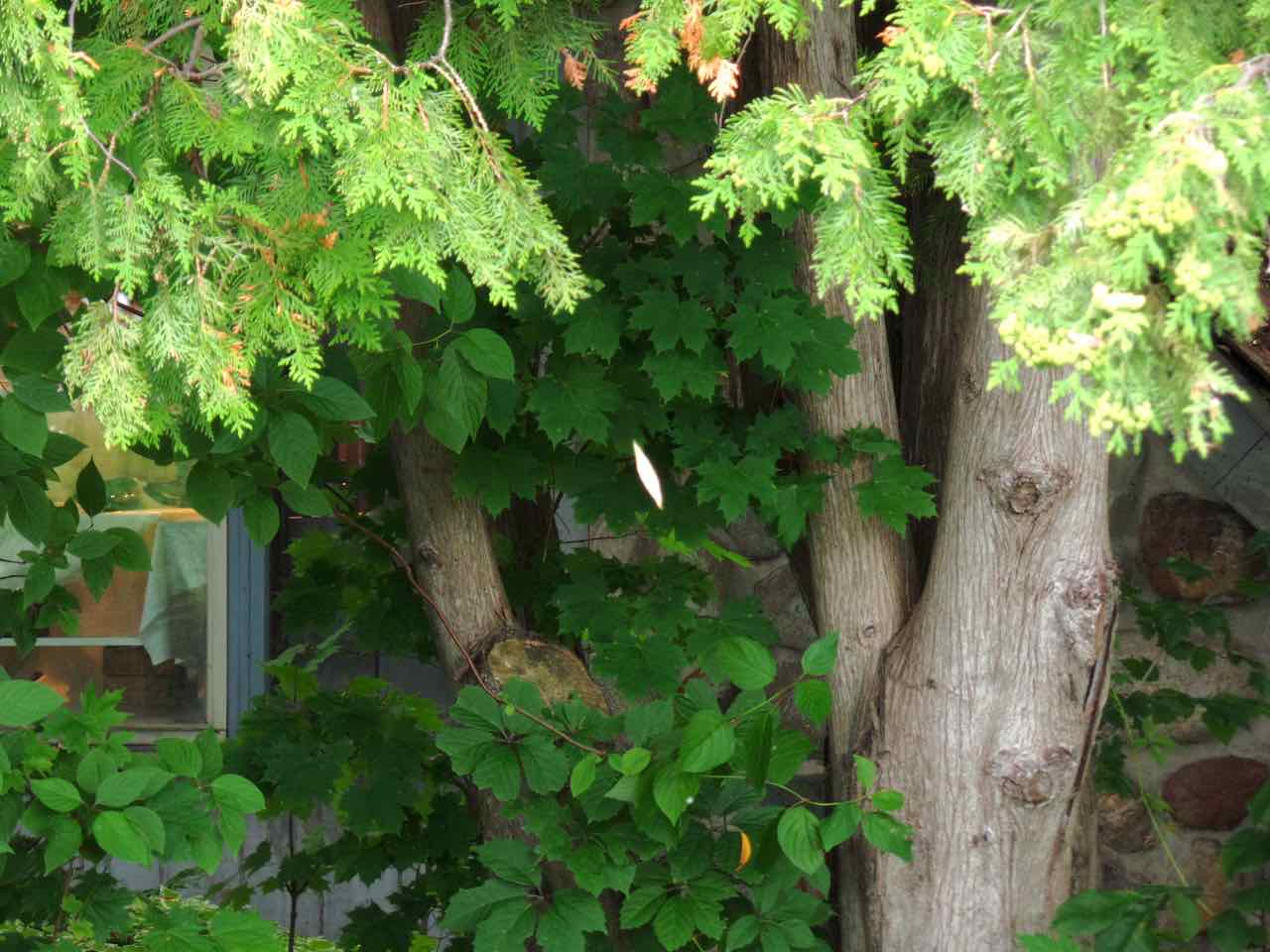 UFO! Tiny little-bitty UFO! This fluttering spot of brilliant white fascinated me for a while and it took some investigation to work out. It's a leaf caught in a spiderweb, loose enough that in the breeze it flutters around like a special effect. And it had got caught in a shaft of sunlight in what's otherwise the shade of a tree, for maximum eye-catching effect. 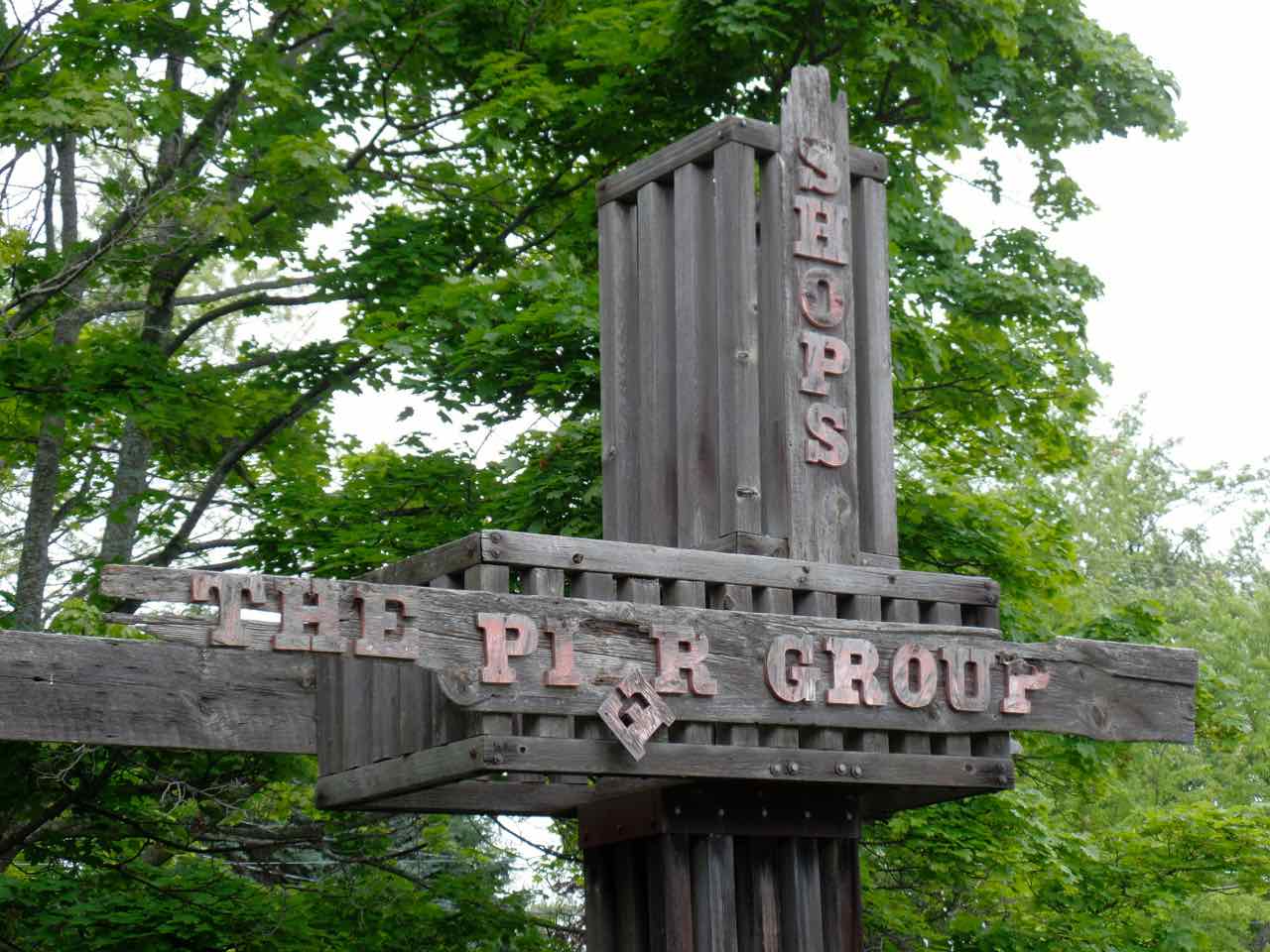 A most surprising thing: abandoned shops in Northport. So very abandoned even the letters were falling off. There was a for-sale sign in front of the complex. And a couple of business-type guys were walking around the property talking about something. No idea what. I suppose it'd be nice if some fresh successful project were to grow here, but it'd be a shame to lose a sign of this vintage. 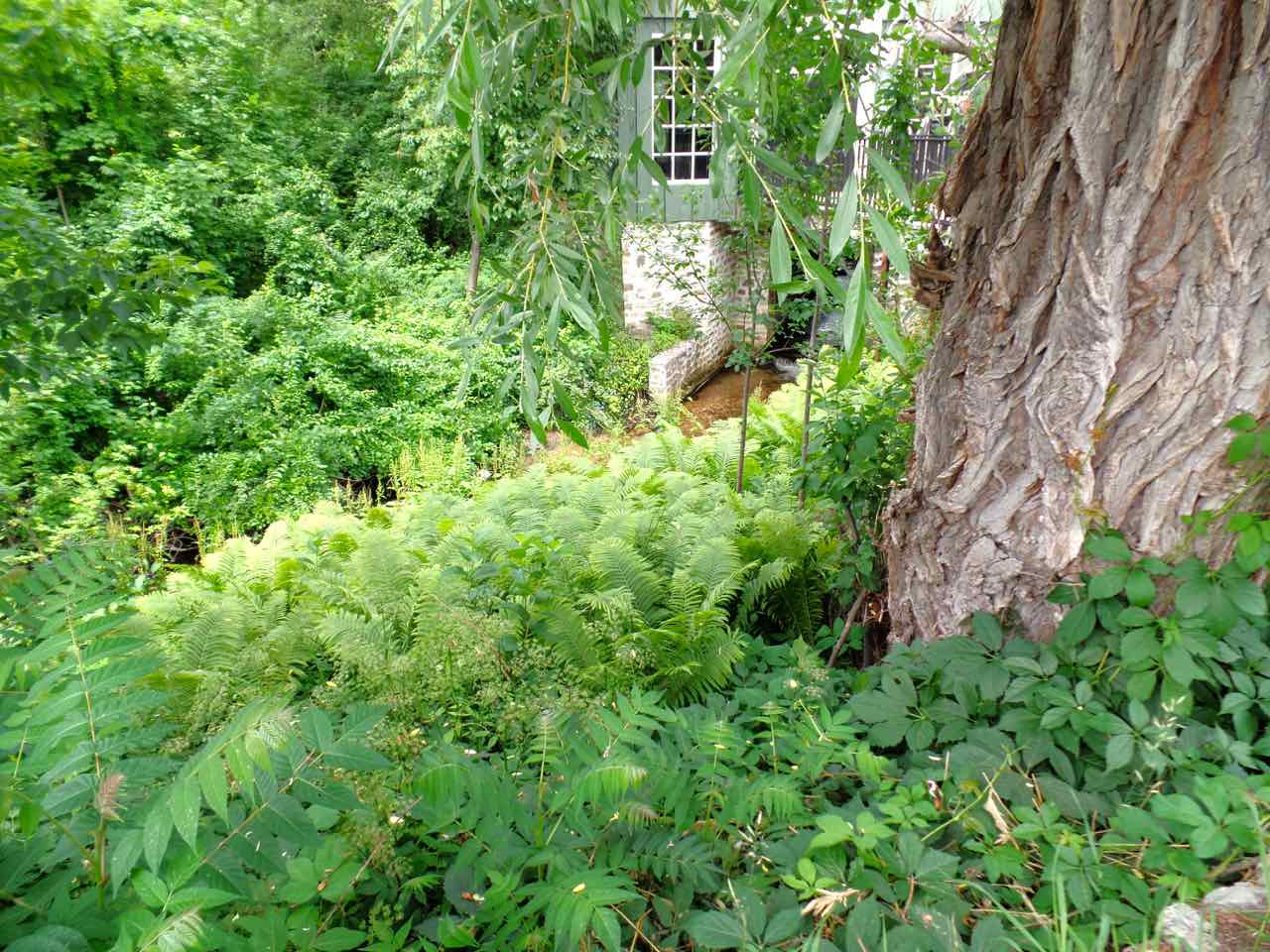 Peering down --- maybe twenty feet or so -- into a creek. There's a concealed water wheel here. This is the side of a gelato place formerly an ice cream place. The building itself used to be a restaurant open to all comers, but it's narrowed its focus down to special events. 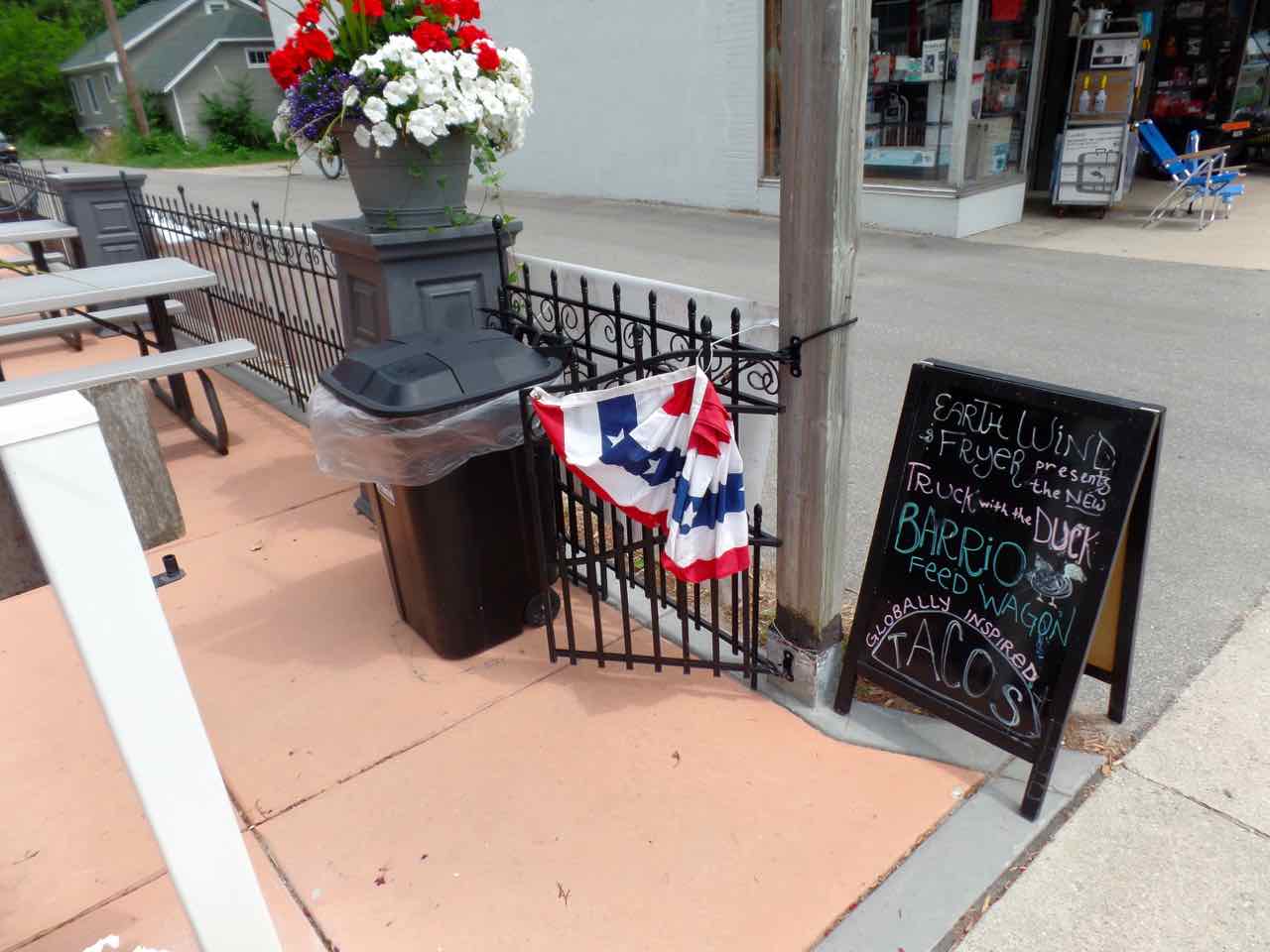 The grease truck falls outside camera range but I did want to get a photo of that sidewalk sign. It's wonderful, not just because each line (breaking up lines by different colors) could be the name for an indie band. 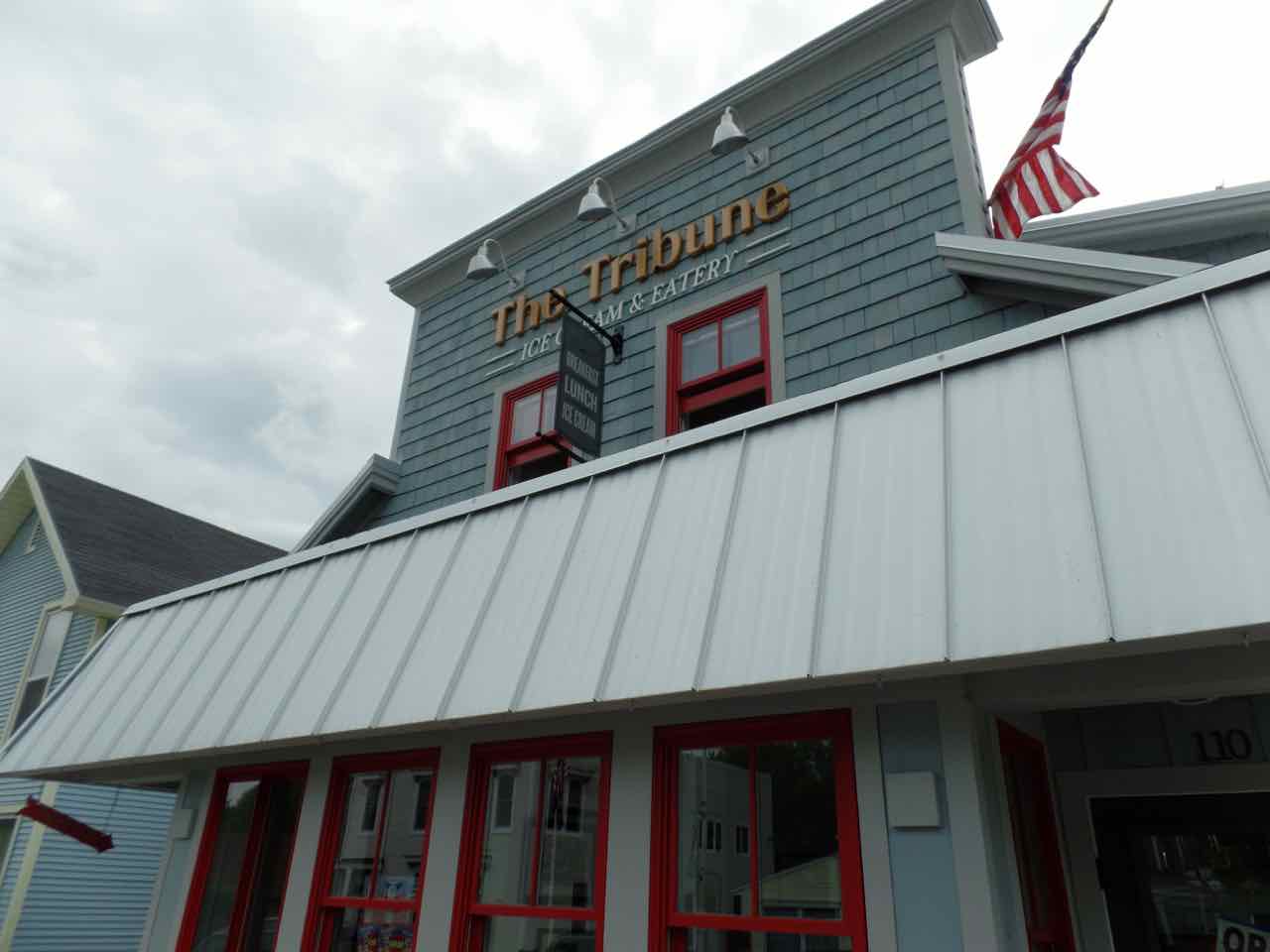 Ice cream shop that we'd get to several times. I don't know why it's The Tribune; perhaps this reflects the local news industry.