Getting back to whatever normal is with my humor blog. This past week's included such entries as:

One of the quiet little highlights of the trip's Monday was walking down to the Omena beach, this time without a poison ivy scare. Here's a bit of what it looked like. 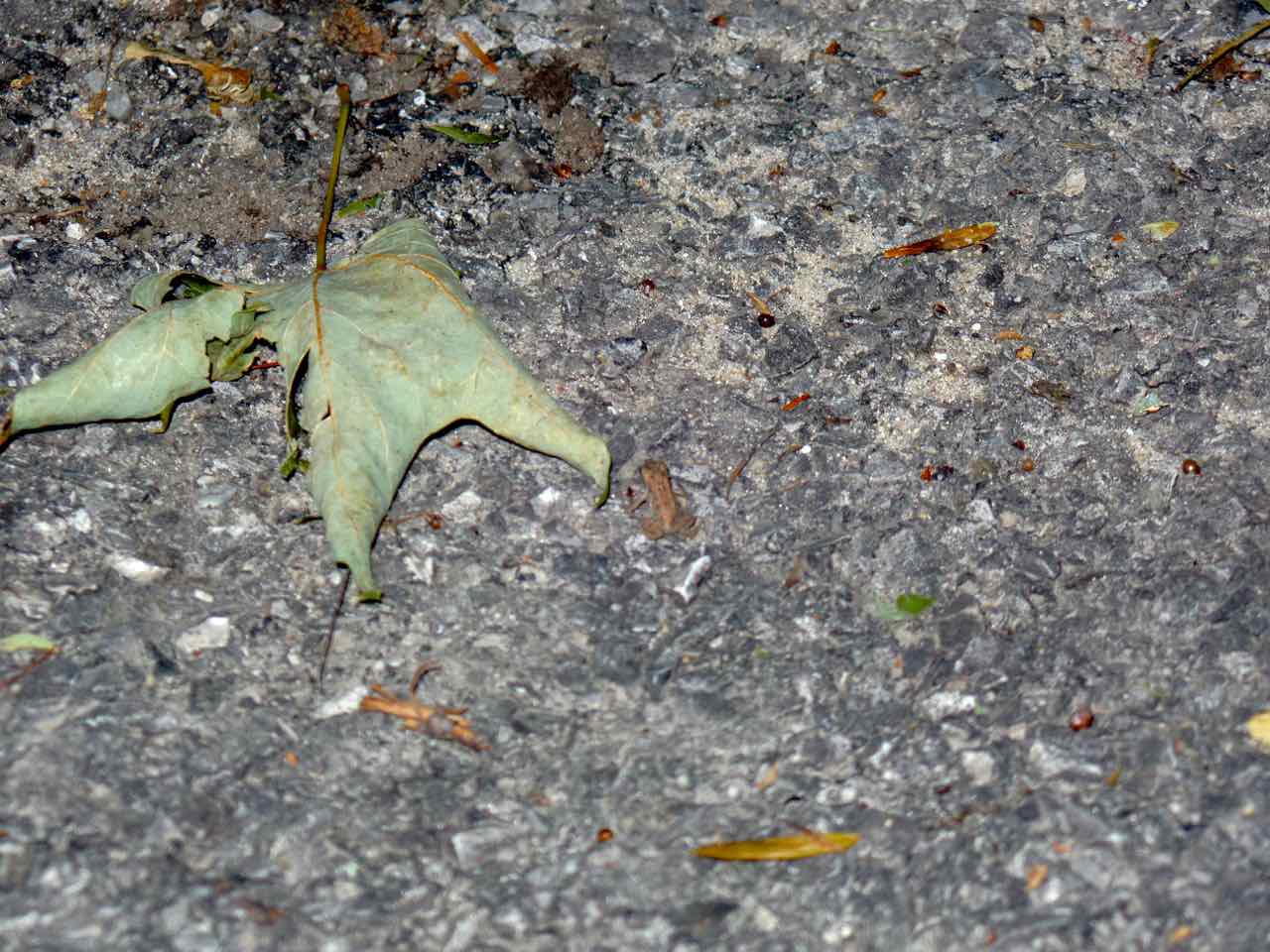 Do you see it? I had forgotten why I took a photograph of this leaf. It's because there's a frog beside it. A tiny little frog that stood still a while as we towered over it and finally made its way off to the woods when it figured it had a clear chance at things. 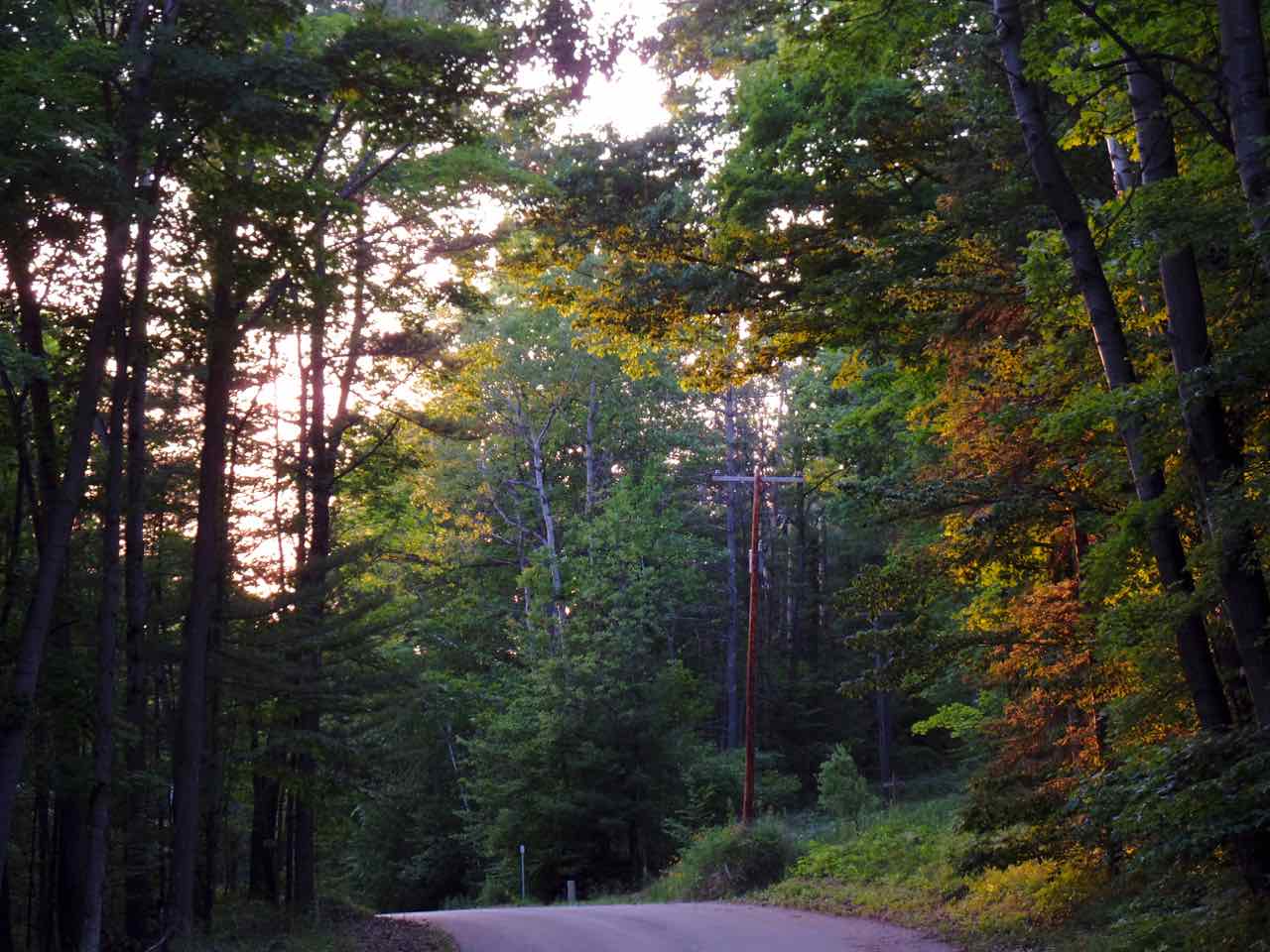 The path from our rented house down to the beach. The sunset glow is why there's a rim of such bright orange and yellow and such. Summer ends early in the northern areas of the lower peninsula, but not mid-July early. 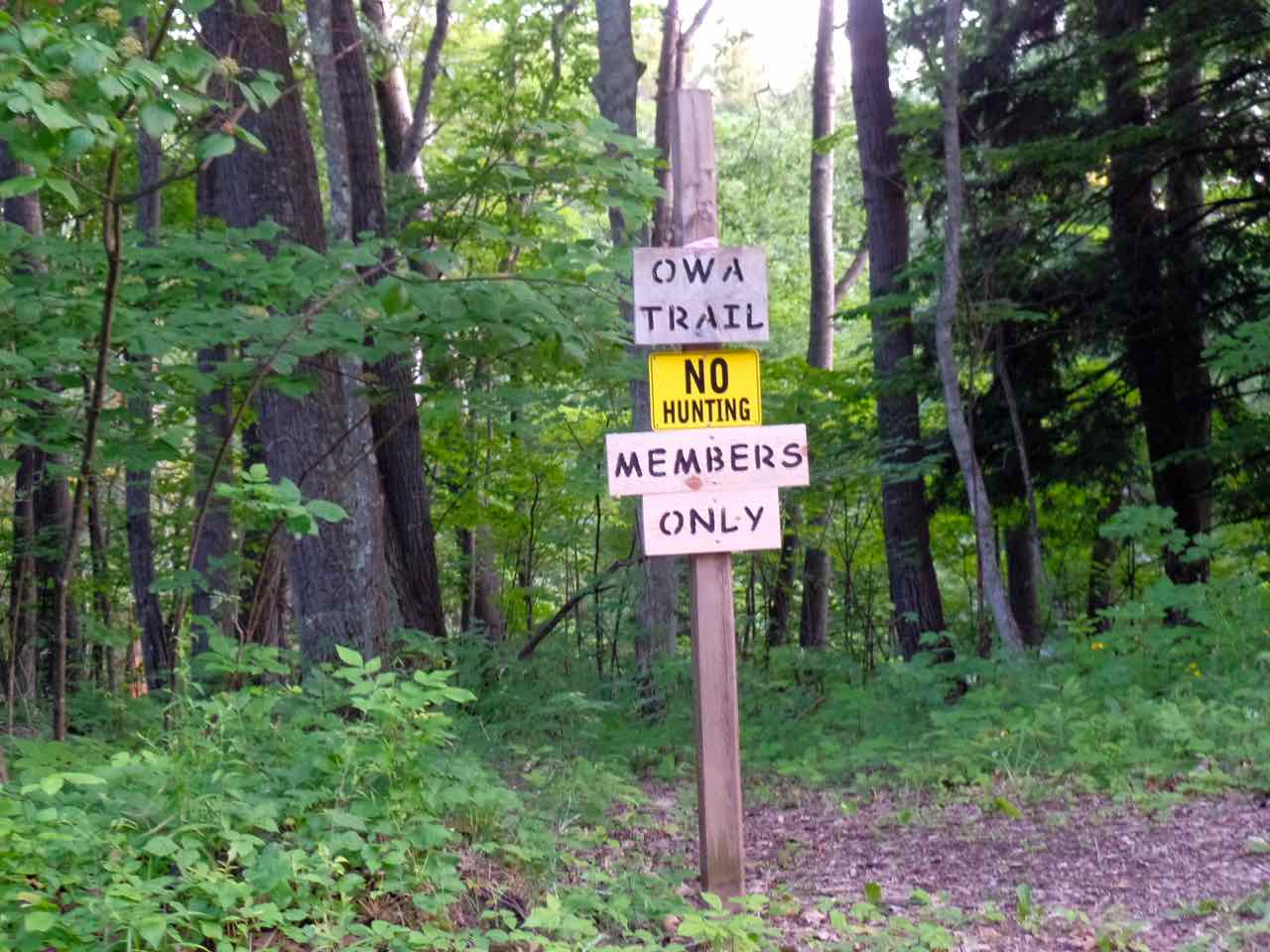 We had not been tempted to explore the trail until we saw this sign. We don't know members of what or what one has to do to gain the trait of member-ness. 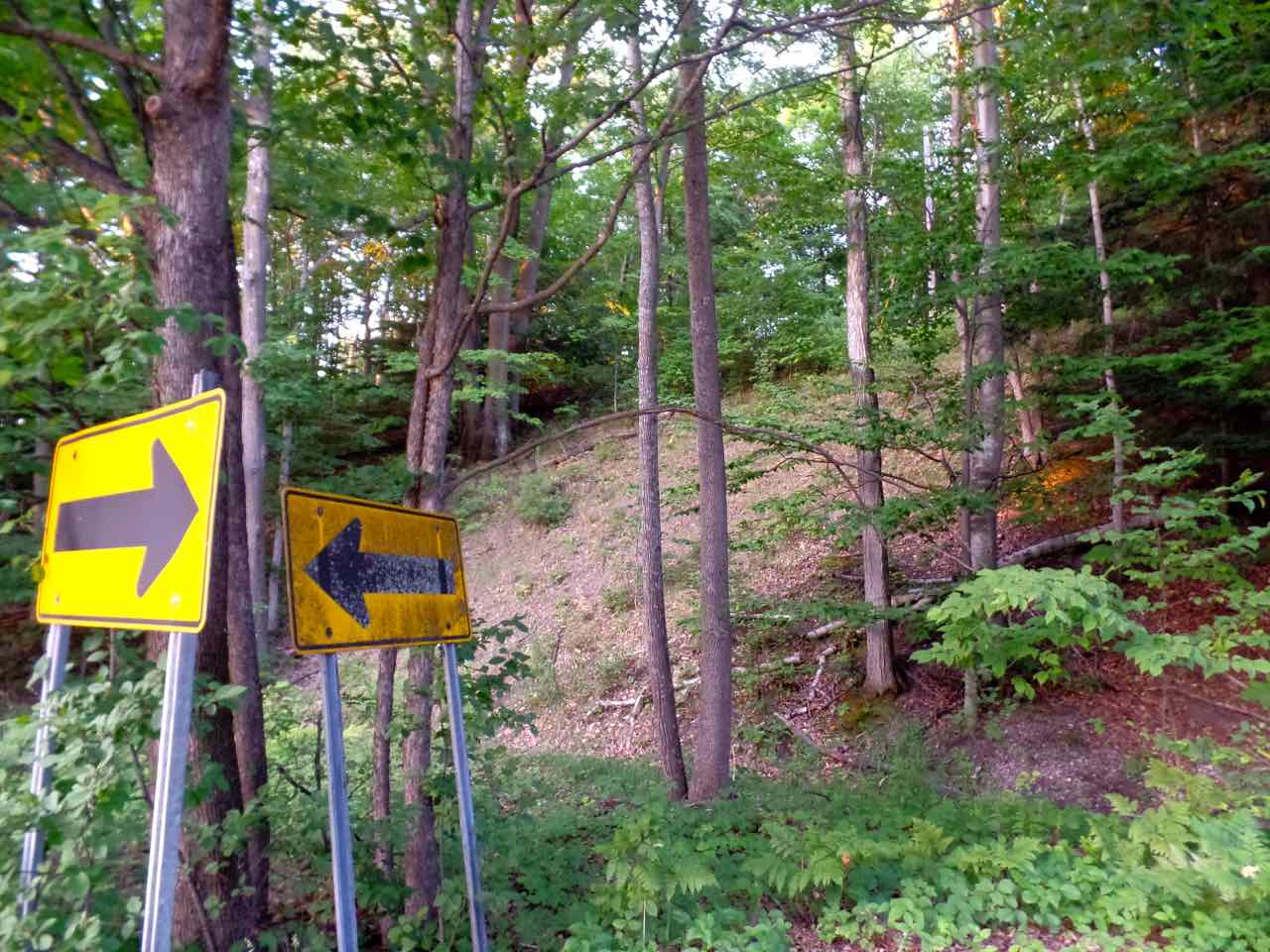 Well, make up your mind. What you get if you walk past street signs and can catch a T-intersection at just the right spot. 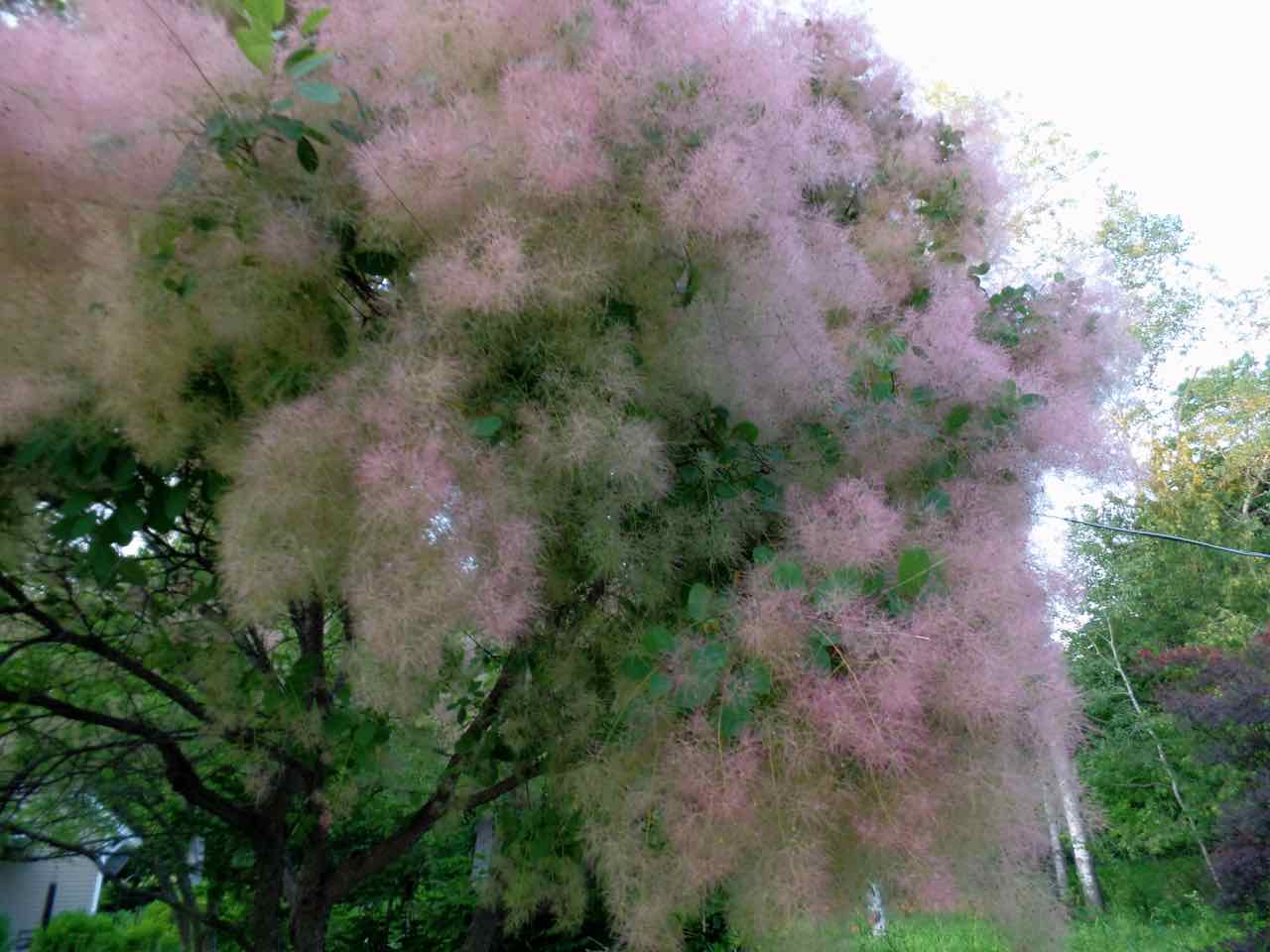 Oh yeah, one of these trees. Very, very poofy cloudy tree near the beach.

PS: The End 2016 Mathematics A To Z: Yang Hui's Triangle, which you know. You just don't know you know, maybe.