And another week on my mathematics blog including the A To Z! Here's what you've missed:

And for the story comics. What's Going On In Mark Trail? Who Is Chasing Rusty Trail And Why? July - October 2018 plot recap.

What's next from our Pinburgh 2017 trip? We'd visited Kings Island. And now the next day! Driving from Cincinnati to Pittsburgh, and finding something to do in the hours before the big exciting pinball event of 2017 would happen. 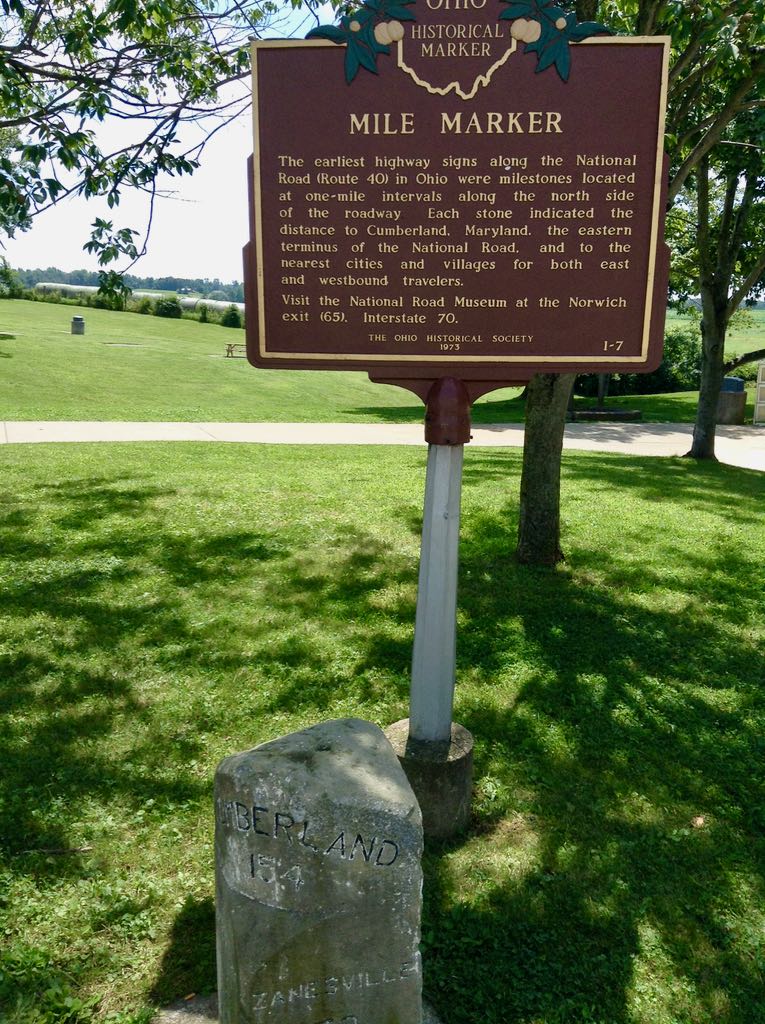 A stop along US 40, the old National Road, in the midst of Ohio. Somewhere near Zanesville. There was a rest area there.

bunny_hugger also know US 40 for running through the town her undergraduate school was in, and we'd ride on it in Denver, too. 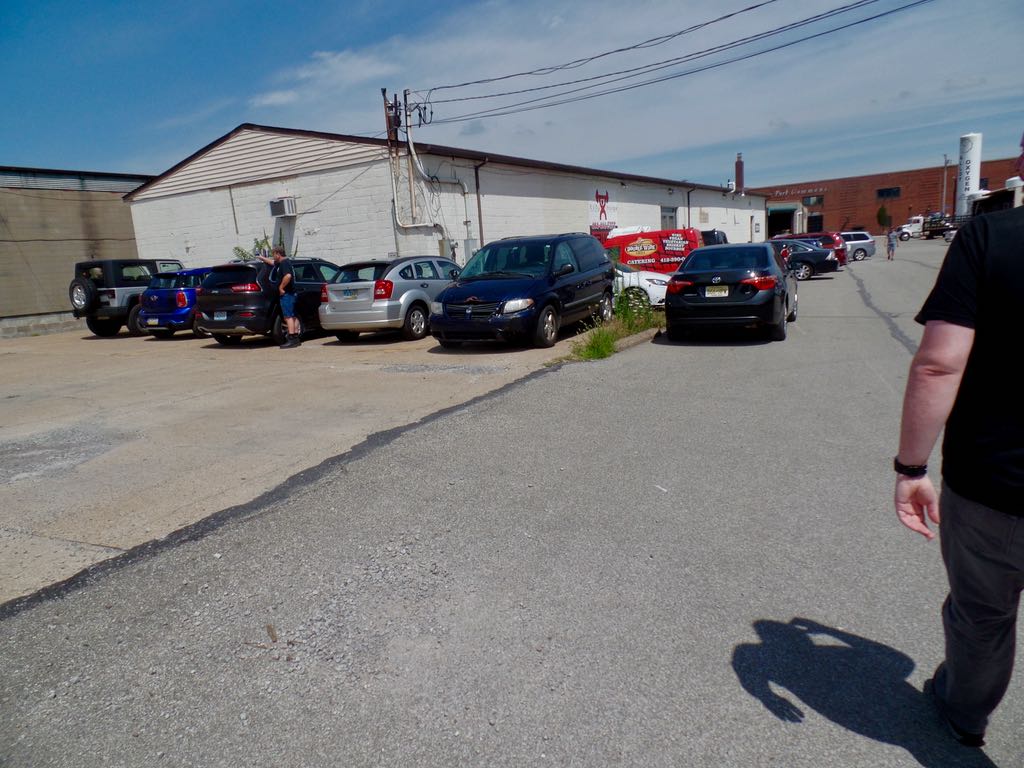 Before Pinburgh 2017 we went to the Pre-Pinburgh Pin-Golf tournament, held in the Pittsburgh Pinball League's facility, which was not at all located in the part of town where joggers keep finding dead bodies for Law & Order: Anthrocon. 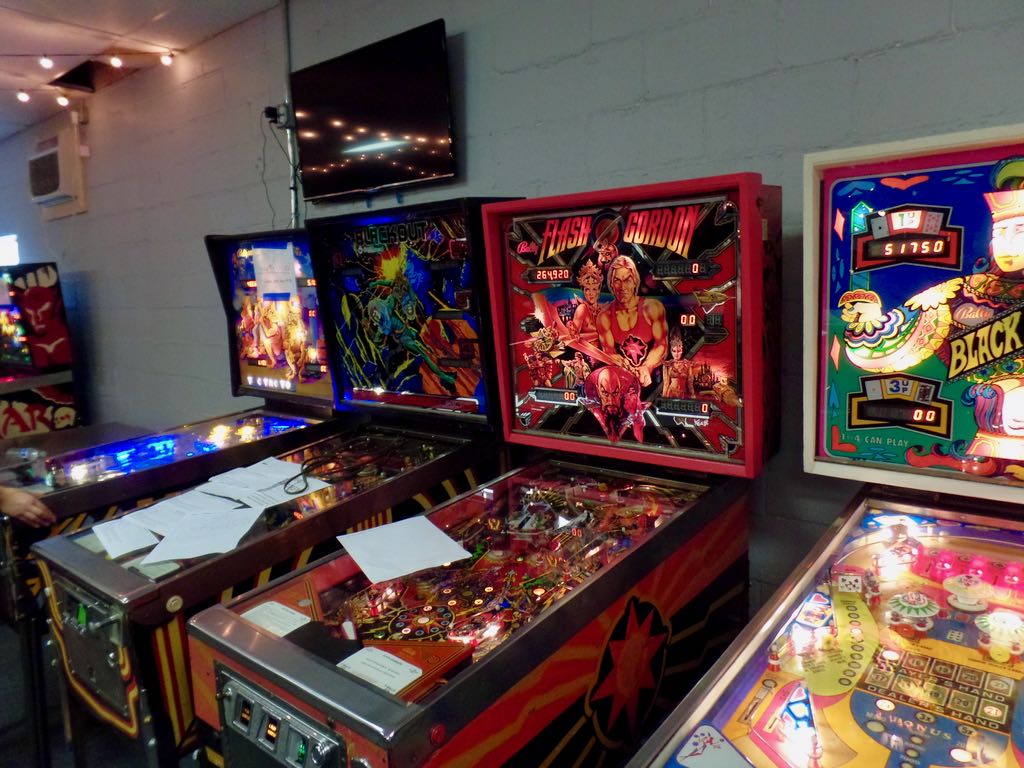 Ah, but inside ... some of the games of the Pittsburgh Pinball League, one of which (X's and O's, far left) was part of the pin-golf tournament. 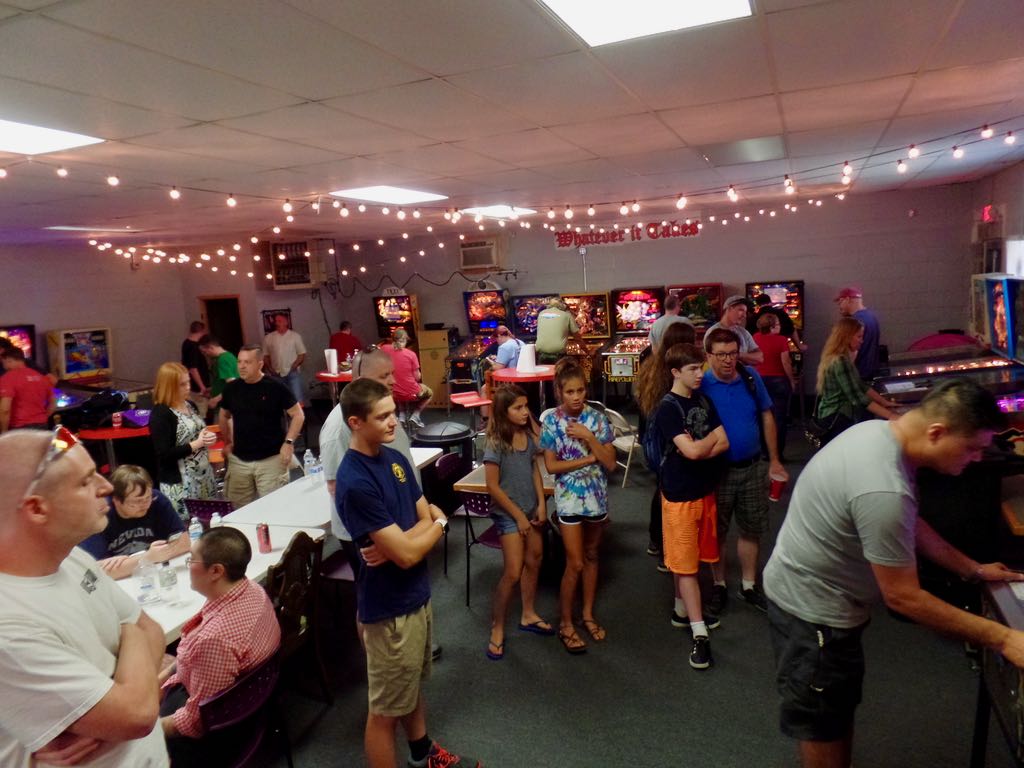 Slightly broader view of the venue, which included a lot of people hanging around or waiting for their turns, or deciding whether to take another round at the rather hard objectives. Opposite angle of the facility, which does seem like a pretty comfortable place for a private club. The leaderboard is projected on the screen over there, center-right. 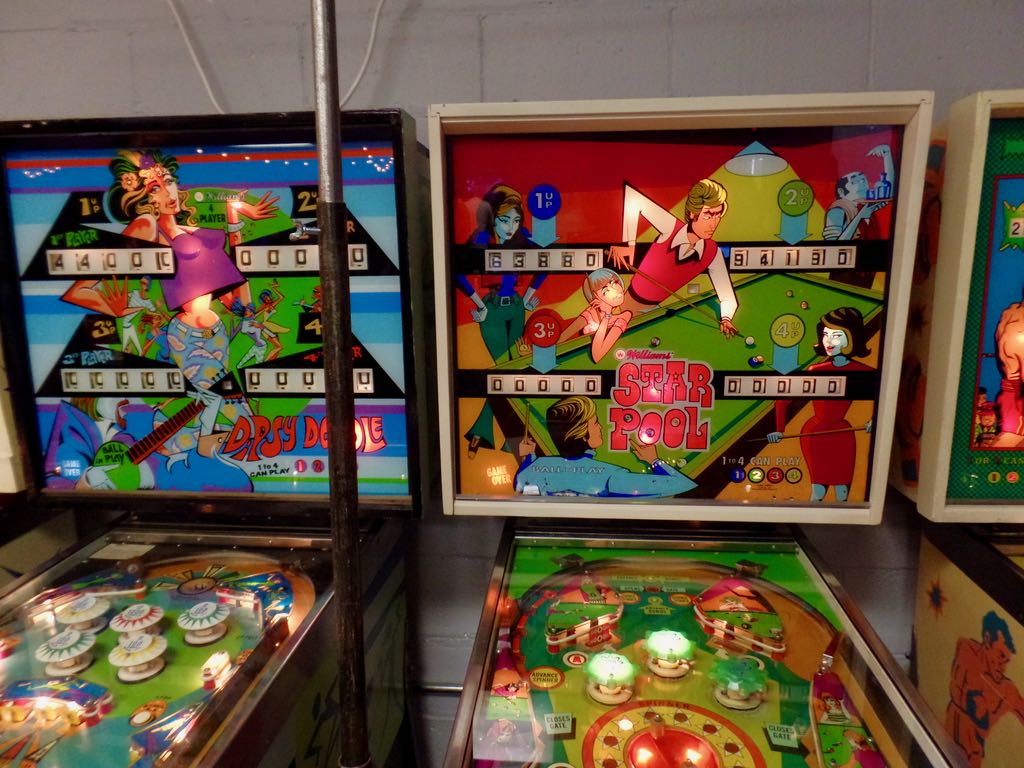 Christian Marche artwork on display! Dipsy Doodle, from 1970, and Star Pool, from 1974, show off the heavy angularity that was simply stylish back then. 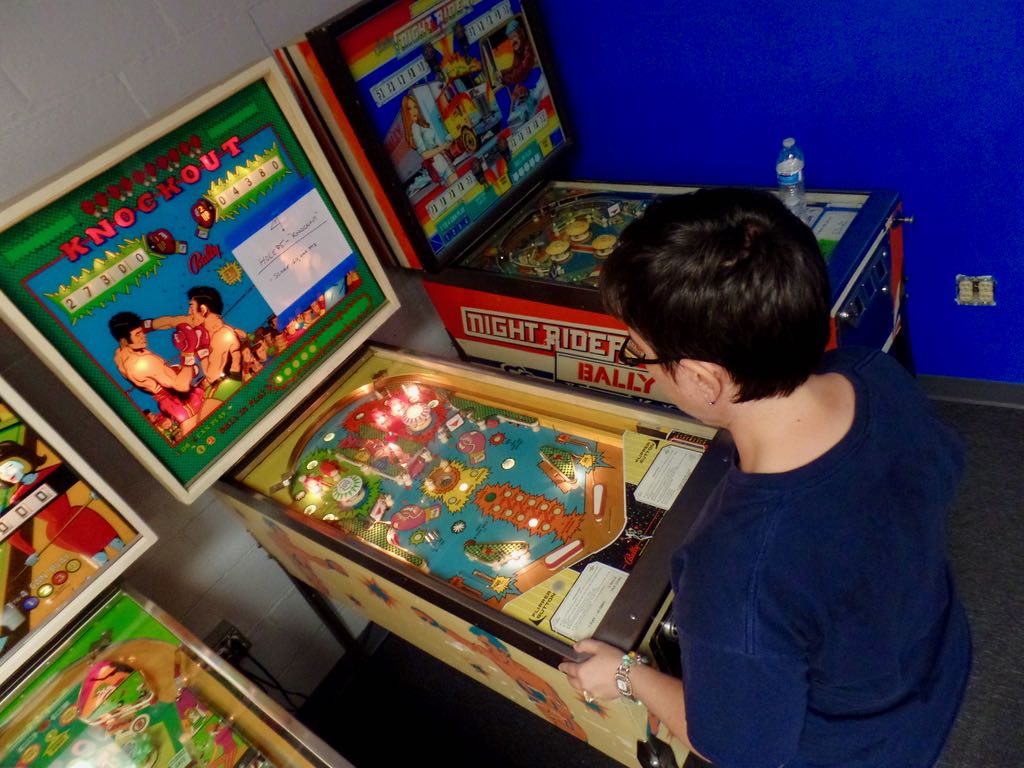 bunny_hugger stepping up to the first of the pin-golf holes that we played (it's hole #4; they set various groups to start at different holes, in the futile hope of avoiding logjams). The objective: score 60,000 points, which

bunny_hugger would today find ... all right, not easy, but attainable. 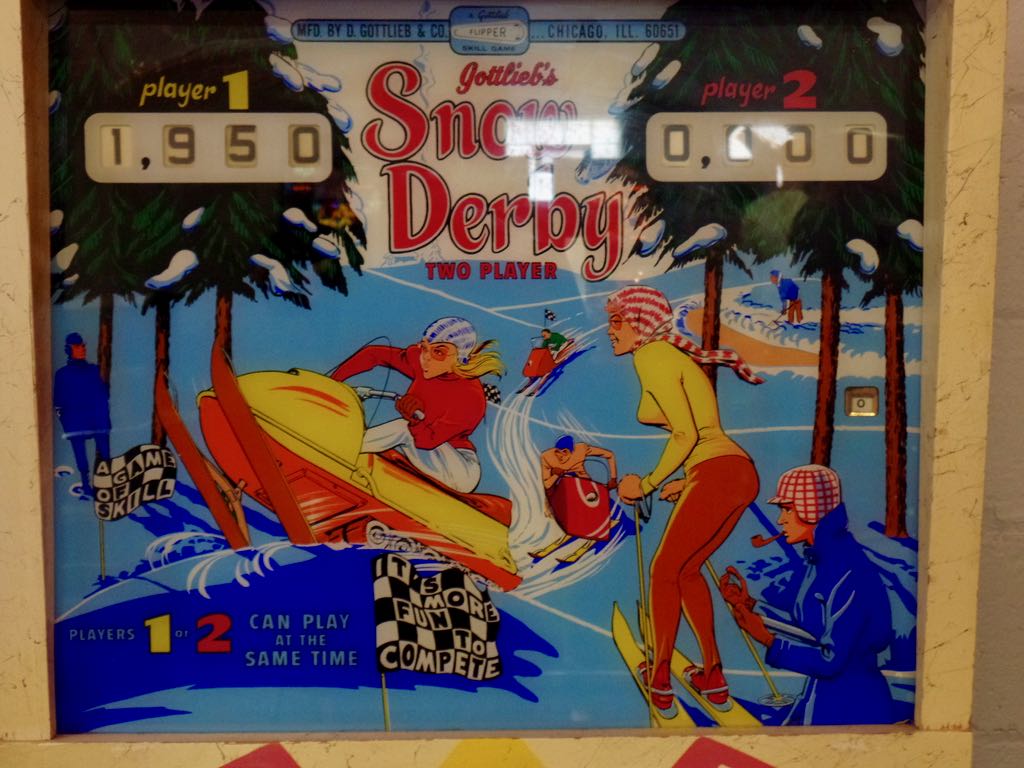 Some non-Christan Marche backglass art. I'm particularly caught by the checkerboard flags proclaiming pinball ``A Game Of Skill'' and promising ``It's More Fun To Compete'', which a lot of their games of the time had on them (note the logo on top about it being a Gottleib Flipper Skill Game) but which was done more in theme with the art style this time. 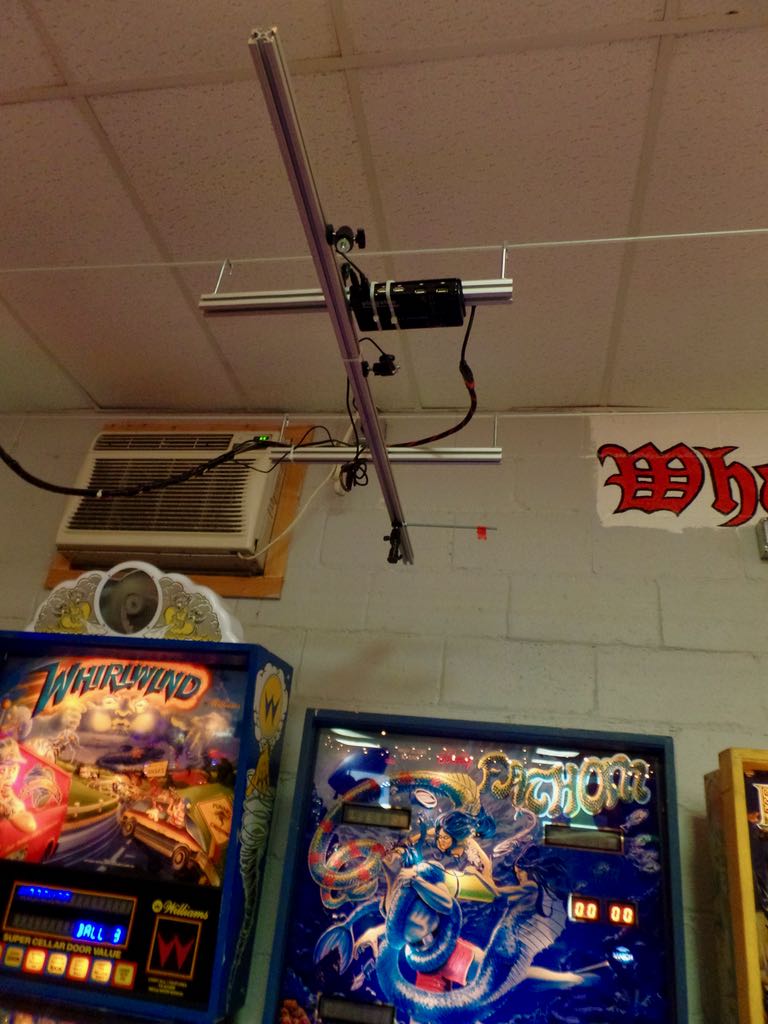 Somebody's watching! They had a camera mounted on wires so that any game could be put up on a TV, or just streamed to viewers, without requiring elaborate setup or sending someone to squirm around the games and players. I don't believe it was in use for the pre-Pinburgh tournament though.

Trivia: 19 of the 40 wealthiest Bostonians were donors to the Harvard College Observatory fund through the 1840s. Source: The Long Space Age: The Economic Origins of Space Exploration from Colonial America to the Cold War, Alexander MacDonald.

Currently Reading: Radio Comedy: How To Write It Including The Mathematics of Humor, Art Henley. So nearly all he offers is either crazypants (geometric figures and formulas that are supposedly the ``mathematics'' of comedy) or good but unspecific advice (scenes that run too long are boring, scenes that are too short are jerky). There are some useful nuggets in this silly book, though, including making explicit --- with examples --- the comic types that were successful in US radio comedy in the 40s and what kinds of jokes they could tell and not tell without straining. Or the value in having a reassurance line after the actual punch line. This would protect the joke against a fumbled (live) delivery of the punch line, and make sure anyone who missed the punch line (from not getting it, or not hearing it) would have a second chance. Also he takes a half-page, near the end, to address whether women can be funny: of course they are, what kind of a dummy asks? And then he lists some of the big stereotypes about women and points out how they are natural comic forms, which I'd nominate for a Jack Chalker Memorial Feminism-Through-Sexist-Reasoning Retro-Award. Oh, yeah, and he carries out his weird promise that you can too make a comedic plot out of saying ``physiology'' where you mean to say ``physiography''. (Used for an Archie Andrews script, and it's just as wacky as you imagine.) The book is a neat little oddity.