I thought this was a week of a lot of pictures on my humor blog. Not so much, it turns out. But here, you judge why I was mistaken and how ridiculous I was to be.

And now let's finally get Pinburgh started! I didn't take many pictures over the course of the day but this should at least give you a sense of what the setting was. 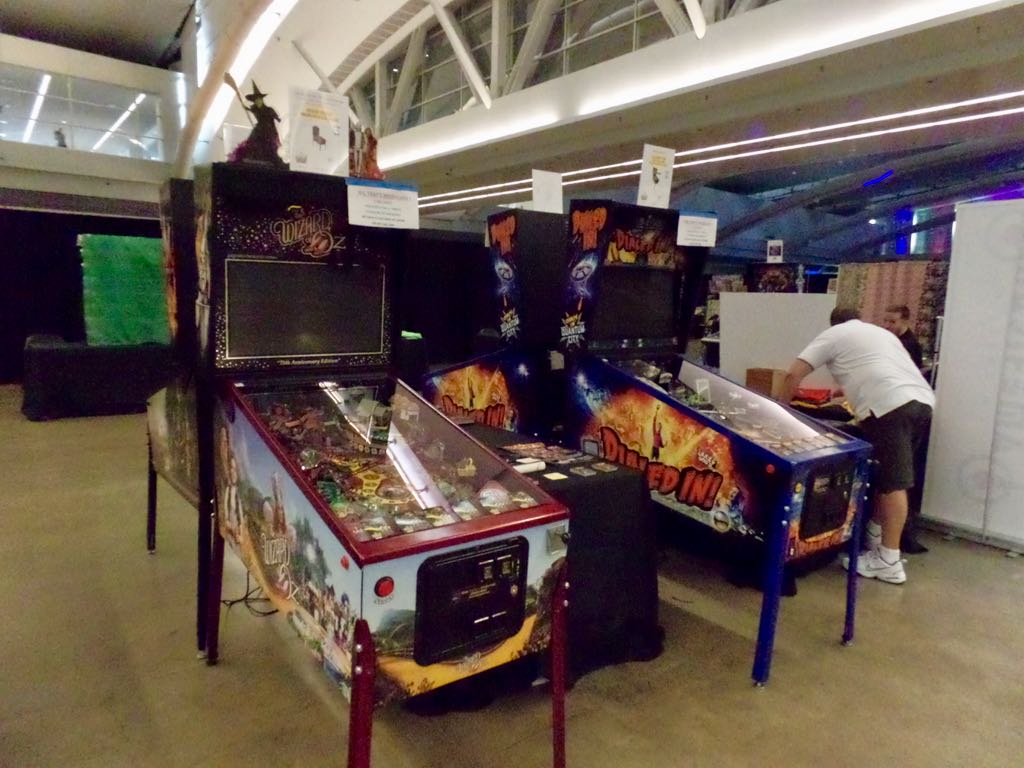 Pinburgh is also a chance for pinball makers to show off their stuff. Here a Jersey Jack distributor sets up a deluxe Wizard of Oz and their new game for the year, Dialed In!. 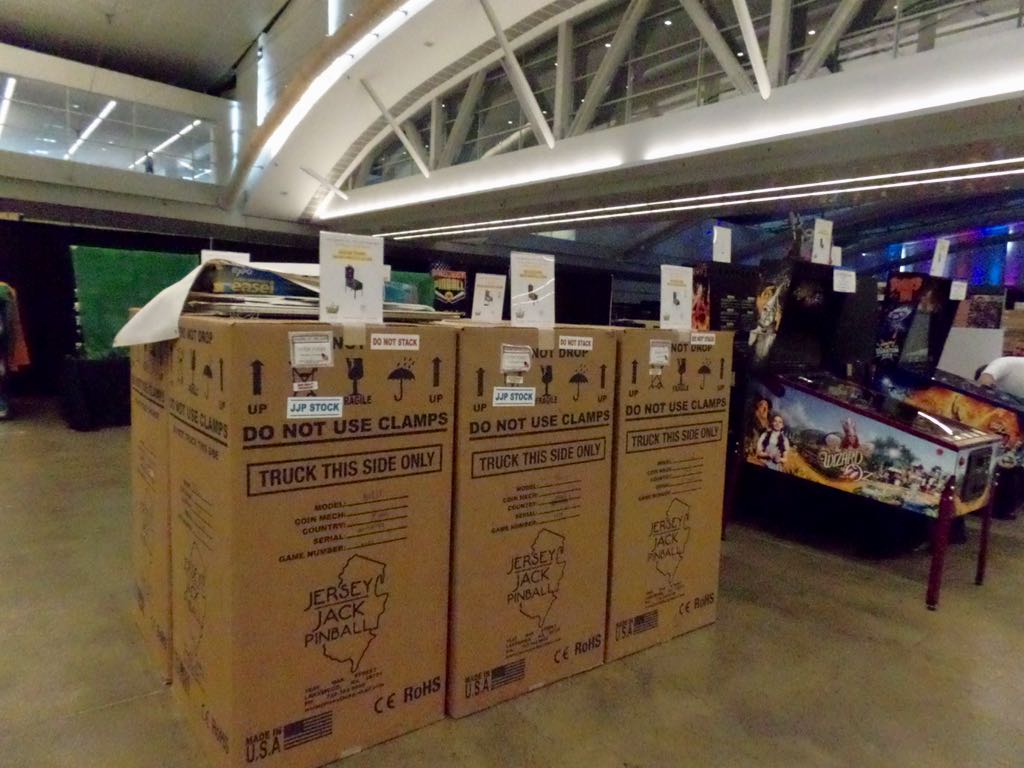 So if you wondered how pinball machines, fresh from the factory, are delivered: it's in these refrigerator-style crates. A machine weighs something like 250 pounds. 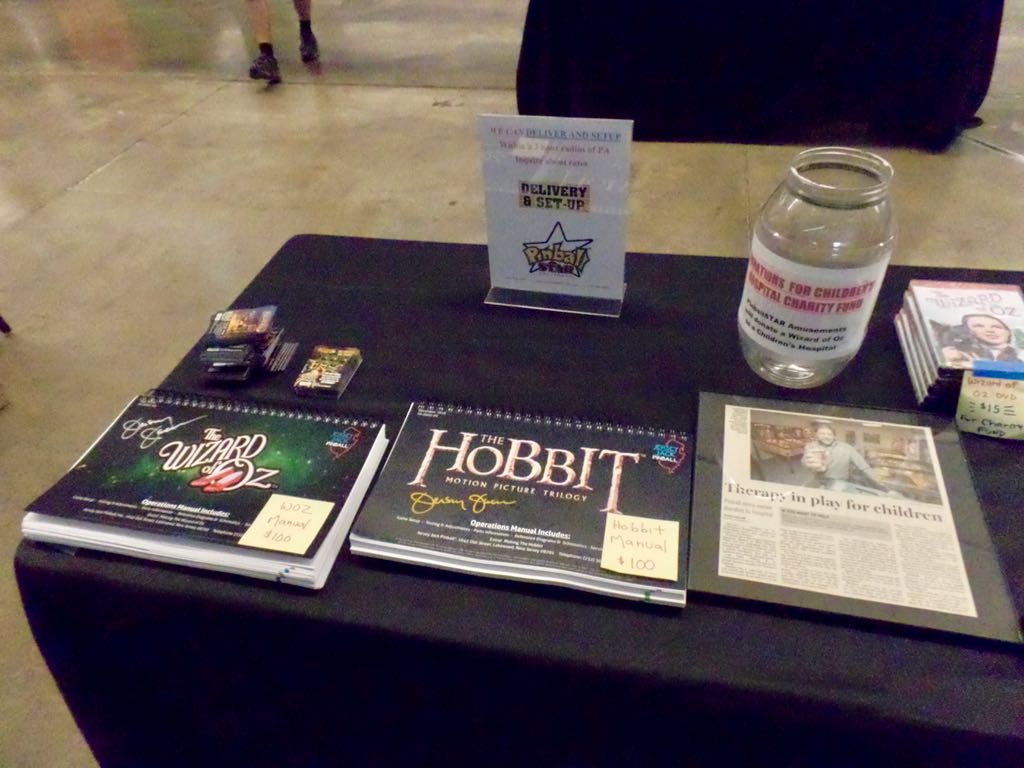 Actual manuals for the Jersey Jack pinball machines. And hey, why not buy the movie the pinball is based on, too? 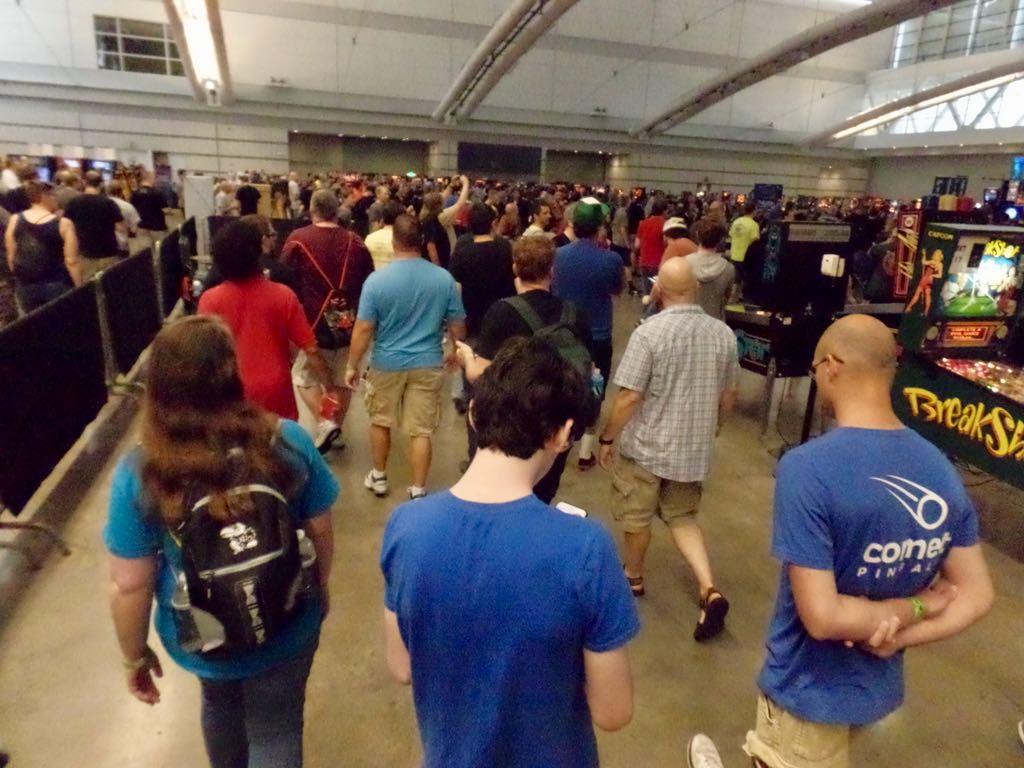 The Great Migration! People gather around to hear the opening of Pinburgh. 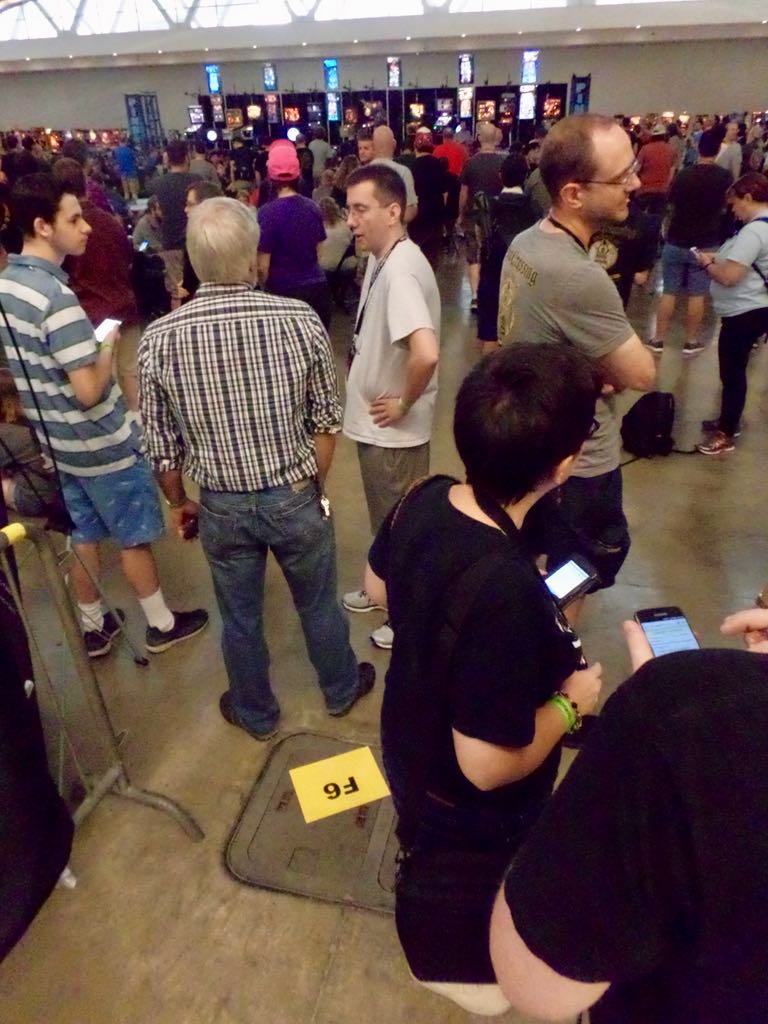 bunny_hugger trying to listen to if anything's going on and also check her iPod to see if the first round matches have been announced. 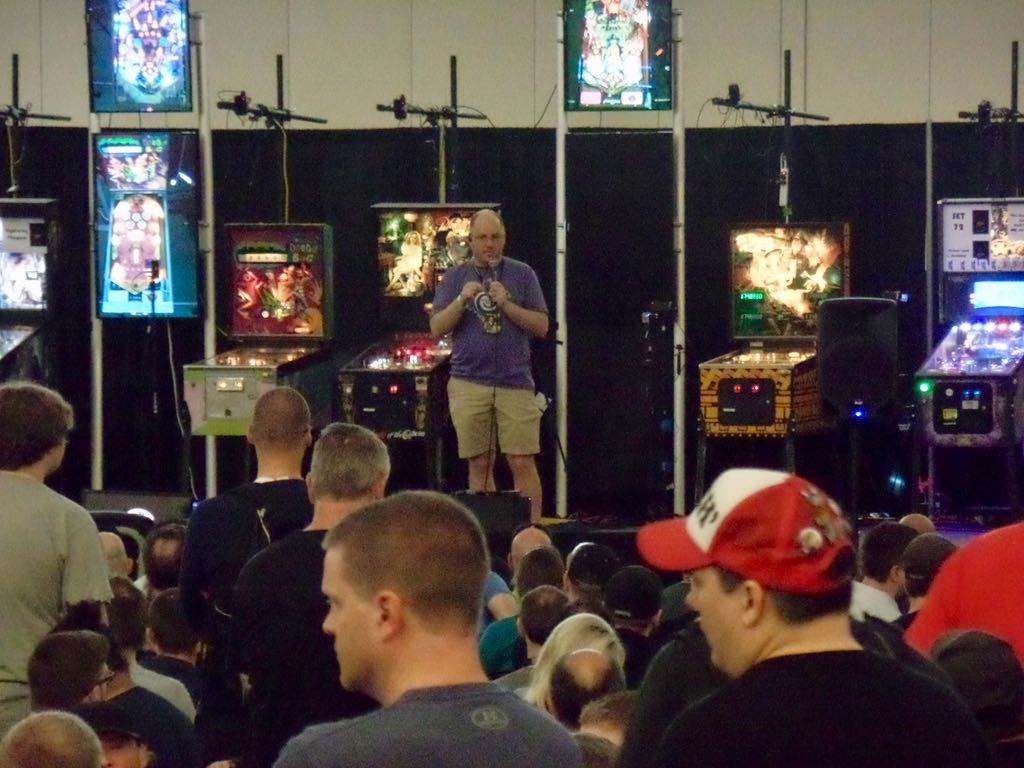 And here we are! The memorable words of welcome: (Couldn't make them out.) Notice on stage the tables --- meant for the A Division finals, but also part of the games that'll be played during the tournament qualifying --- have camera rigs above and monitors showing the playfield to attendees. 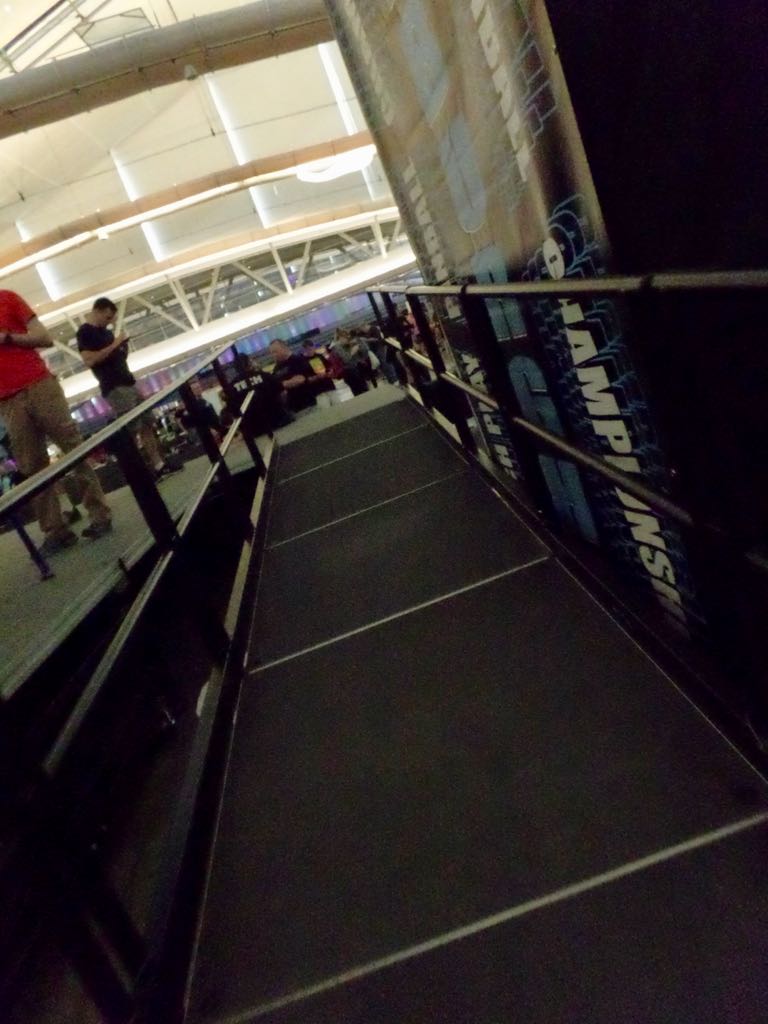 My first round was on stage! Here's the long walk up to play before what people don't have something better to do than watch some nobody in the first round of the first day. 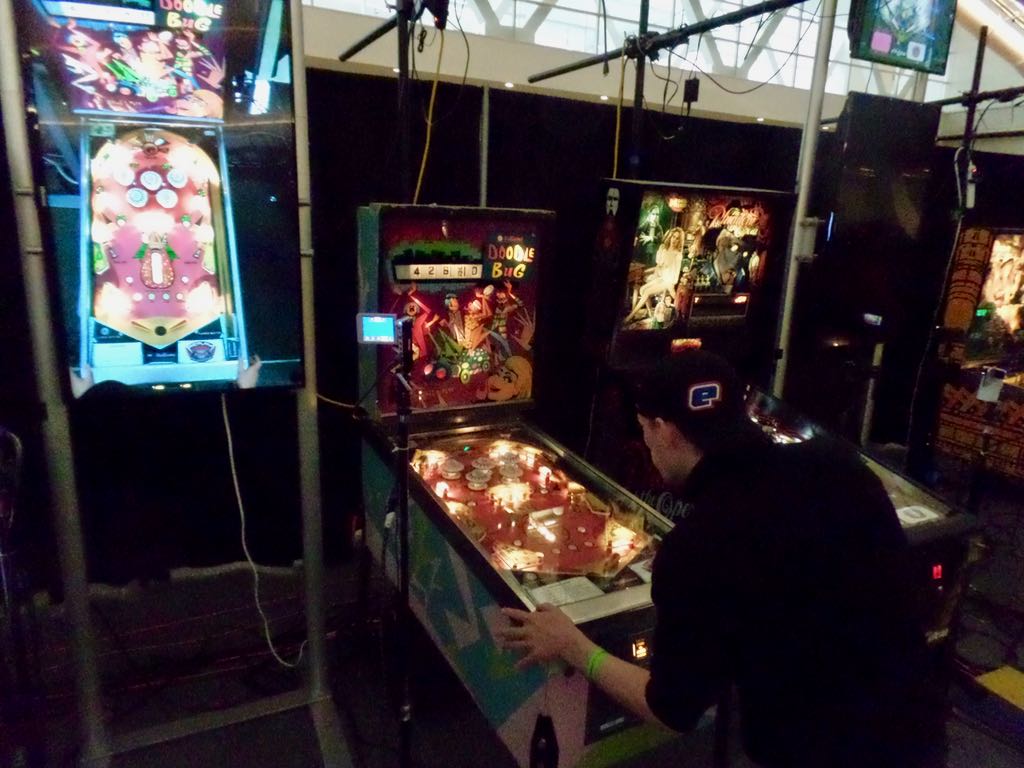 First round! Featuring, here, Doodle Bug, convention favorite because it's got a little in-playfield bouncy ball. You can see how it's also on screen there. 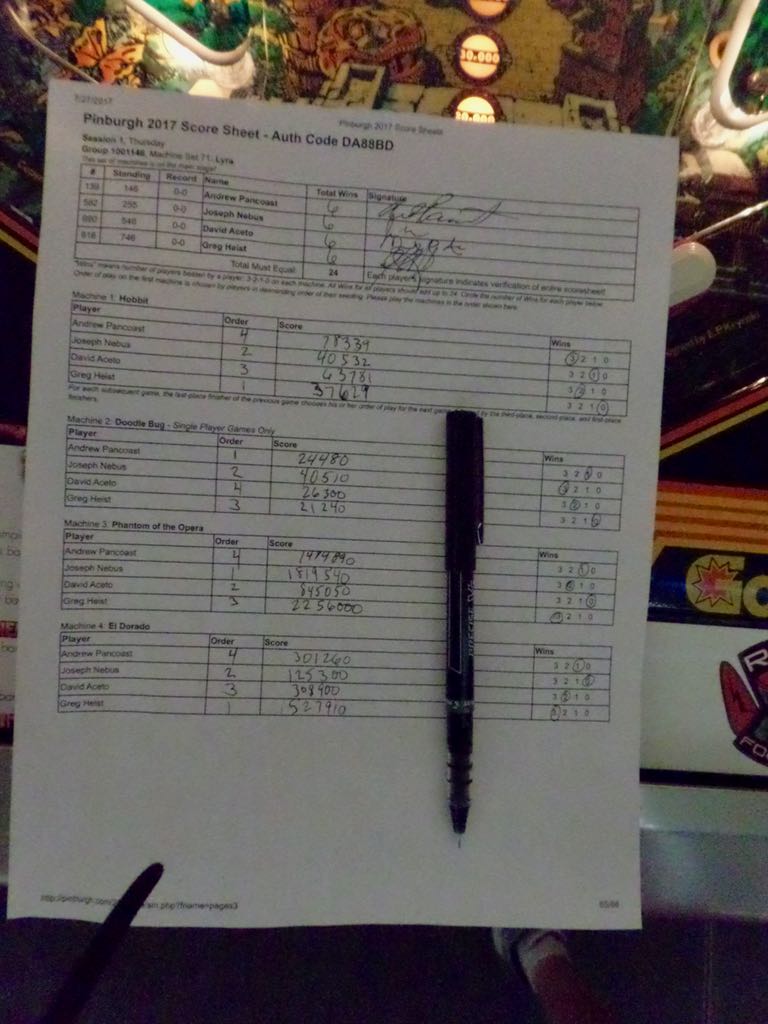 And the results of the first round: every one of us tied. Yes, that's my pen. I don't expect great acclaim for my heroism in being the person with a pen; I'm just glad to be able to serve.