I am in such an iambic groove on my mathematics blog. Look at these titles. Spoiler: every one of these essays features comic strips.

And the comics. What's Going On In Mary Worth? Why Is Everyone Rightly Mad At Mary Worth? Oh, don't get me started.

Now here's a slightly oversized batch of images from Pinburgh, because otherwise I'd have a change between Day 1 and day 2 photographs right in the middle of Thursday's photo dump. Please forgive me. 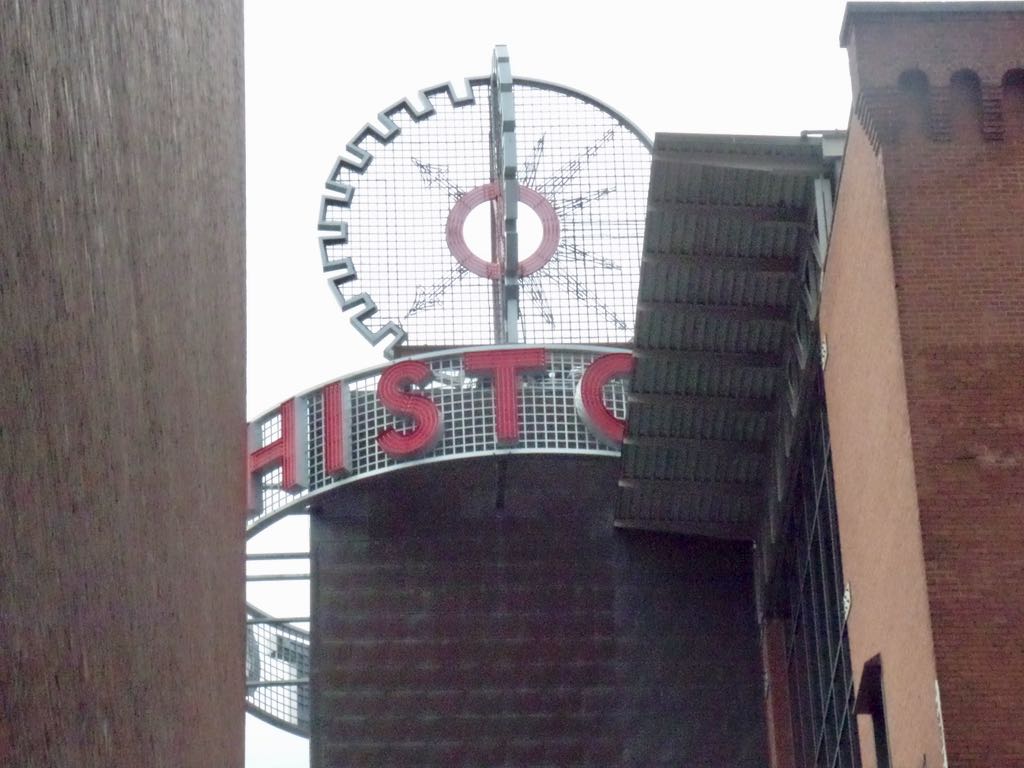 A ... something! ... that I saw through an alley while walking out to lunch the first day. It certainly does seem to be an interesting something, right? 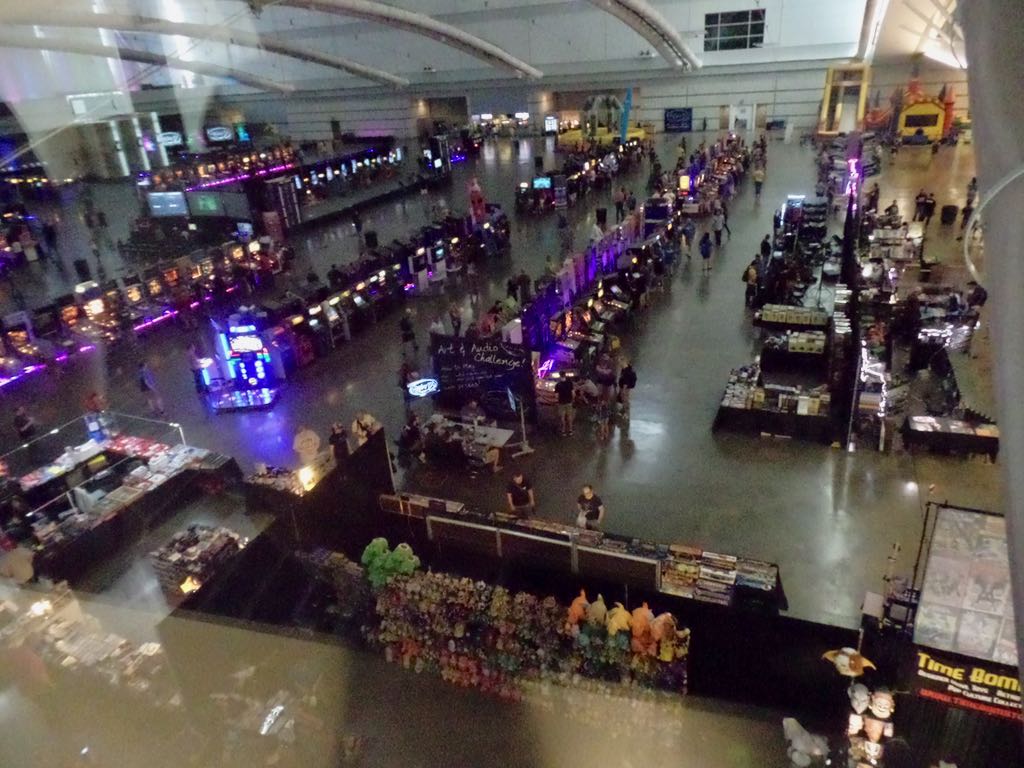 View of the free-play area of ReplayFX, the event at which Pinburgh happened. The tournament area is on the other side of the bridge. 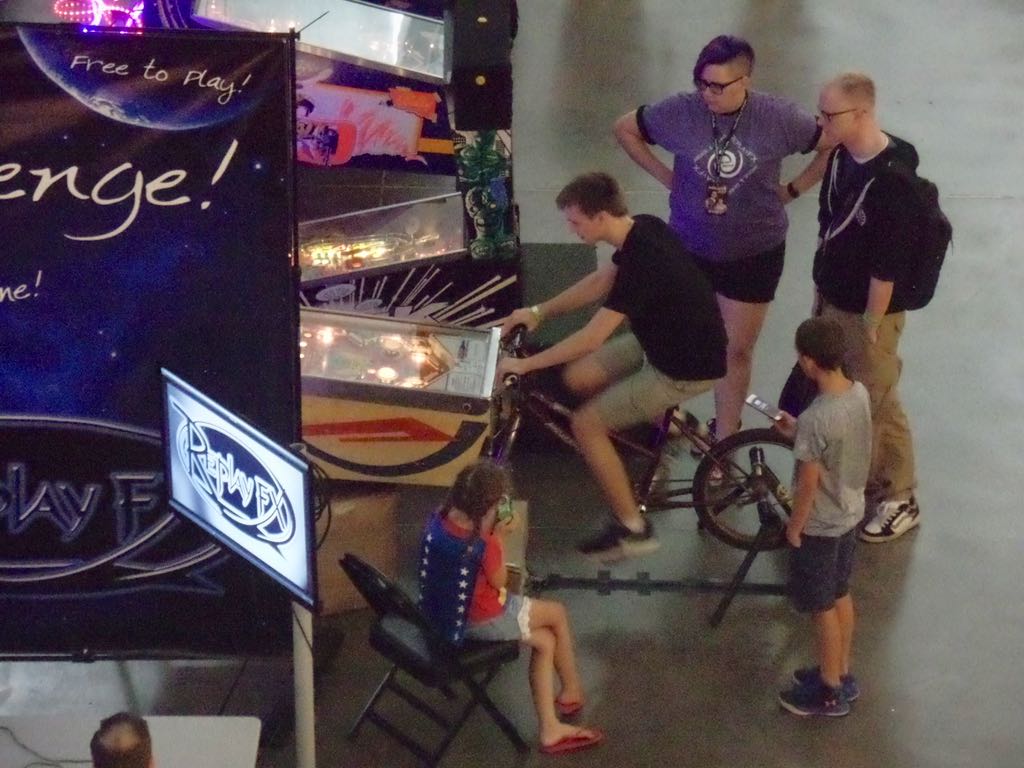 At the convention were a couple games set up with novelty challenges. Here, a game's been set up so the flippers draw their charge from your bike-pedalling. The faster you pedal, the stronger your flips. 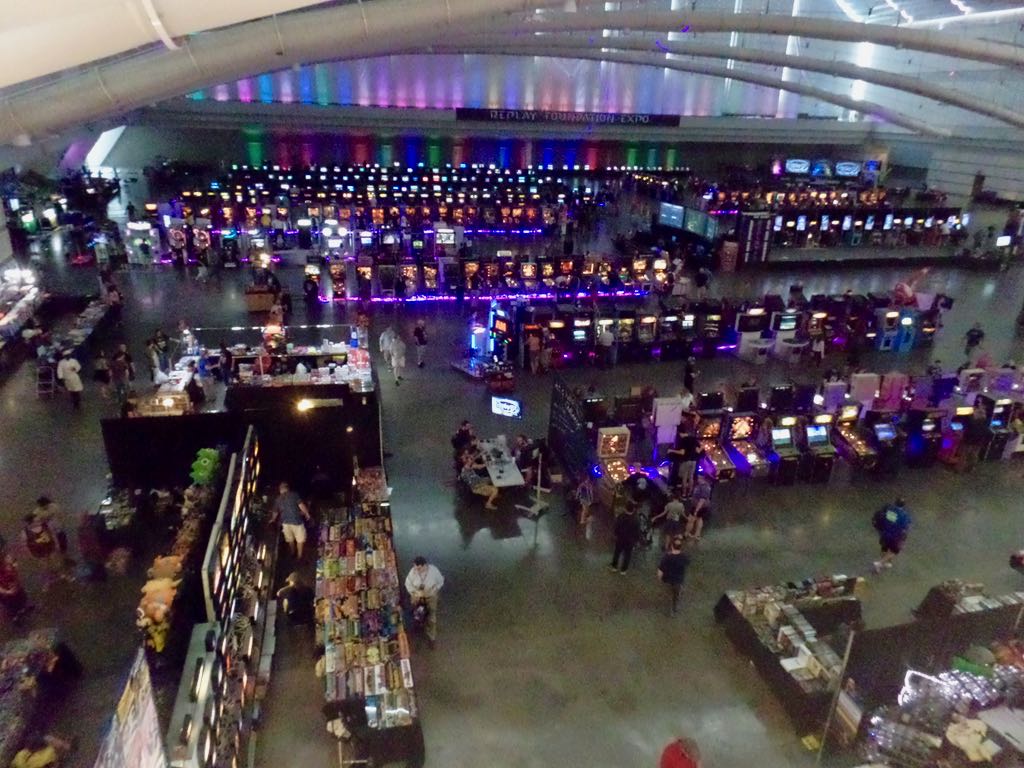 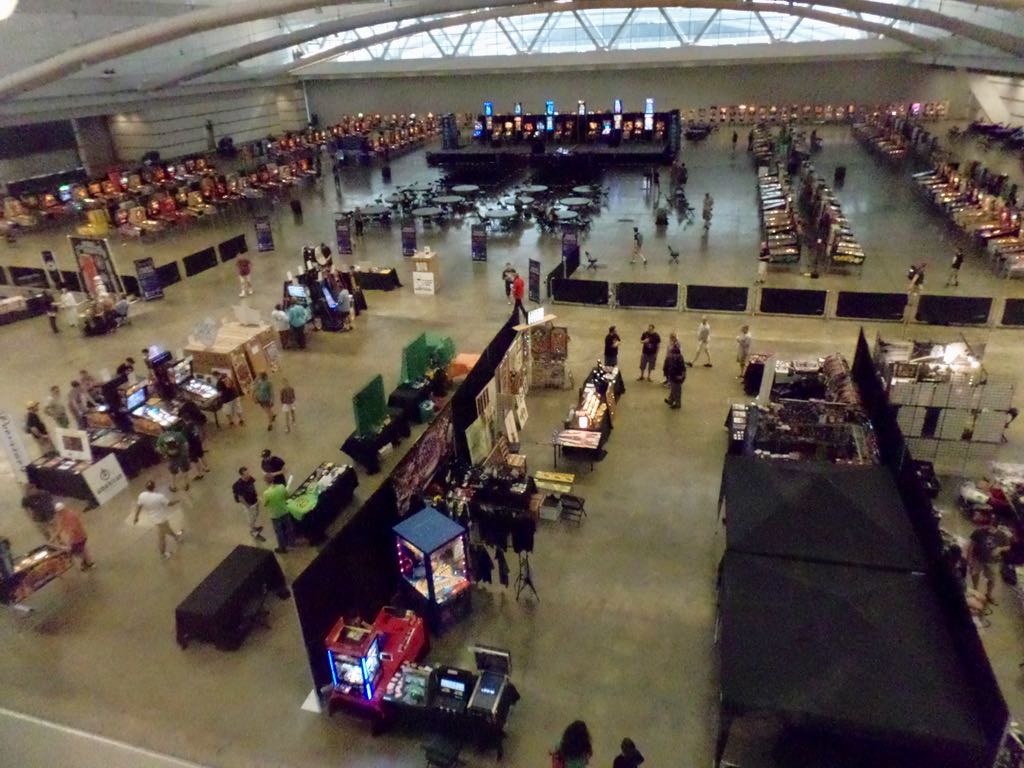 And here's the view of the tournament area of Pinburgh, during lunch break. Upper center is the stage, where the A Division finals will be. The D Division finals would be held on some games just off to the right of that stage. 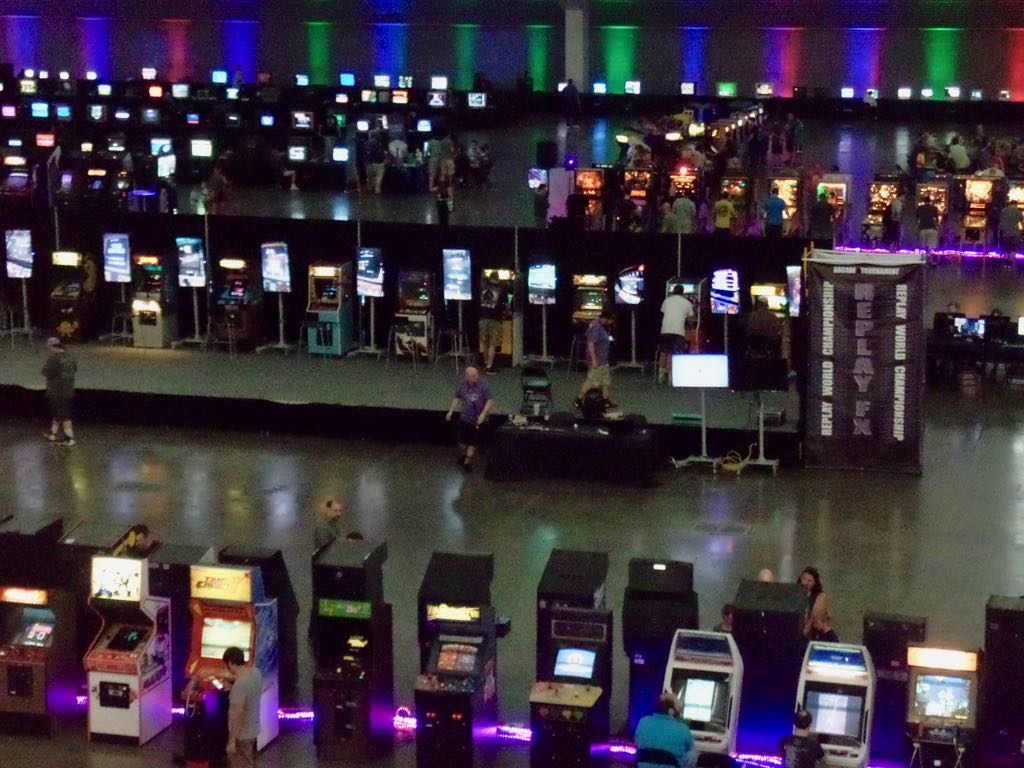 ReplayFX isn't all about pinball; here, you see some of the many arcade video games and the stage where Billy Mitchell himself emceed the arcade championships. 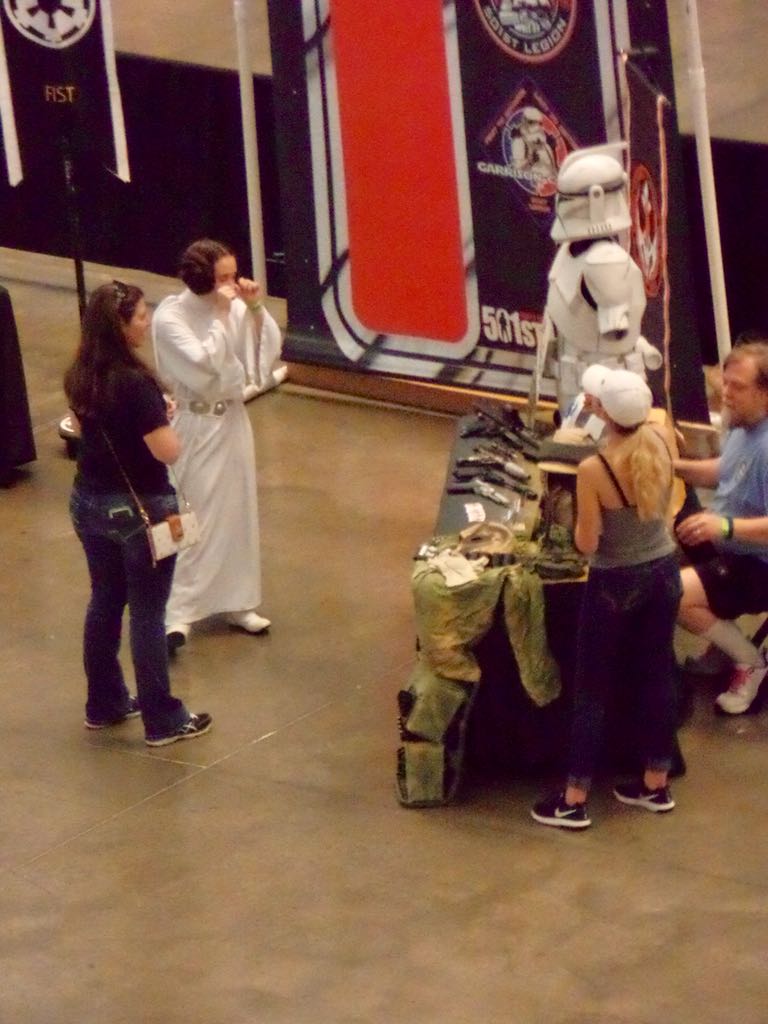 So all General Leia cosplayers spend their time going around taunting the Stormtrooper cosplayers, right? Good. 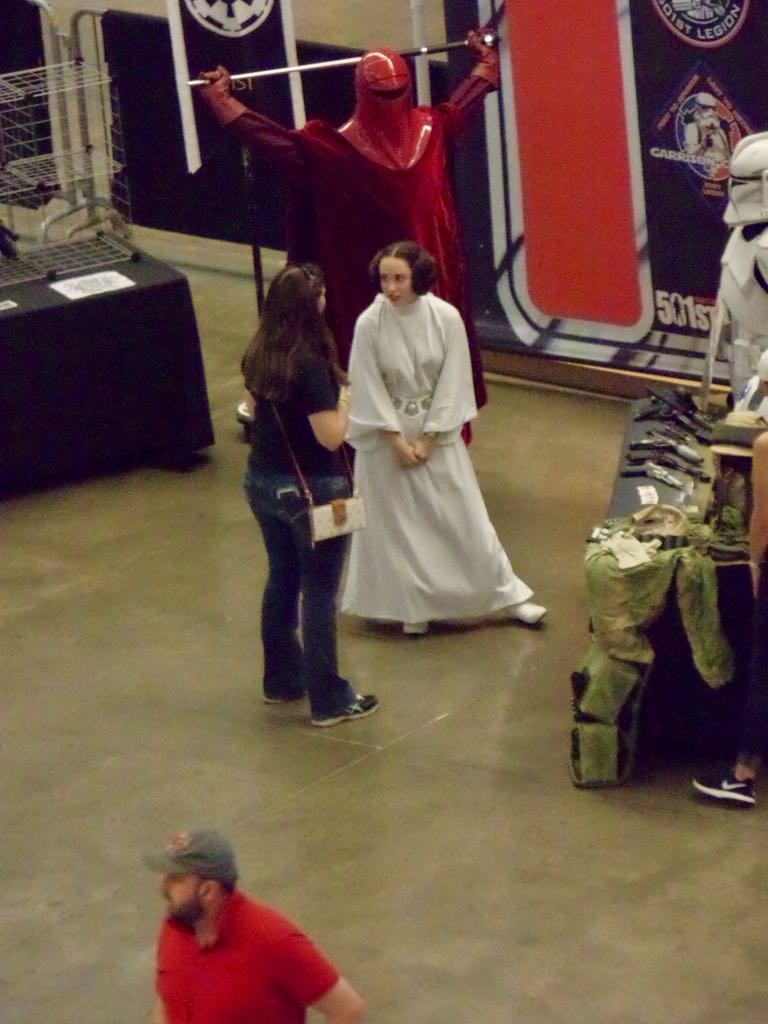 Oh, yeah, so somebody cosplaying as one of those things from the new movies or maybe the prequels I guess figures on joining Leia's action. 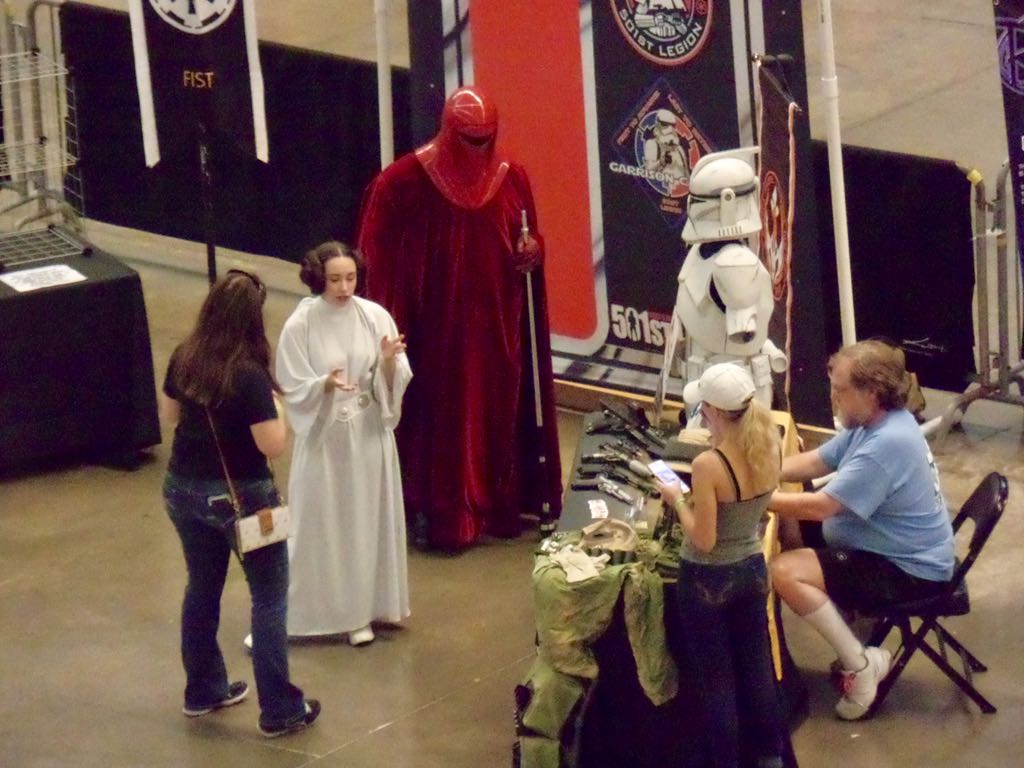 And yeah, she won't even give them the dignity of insulting them. Cold. 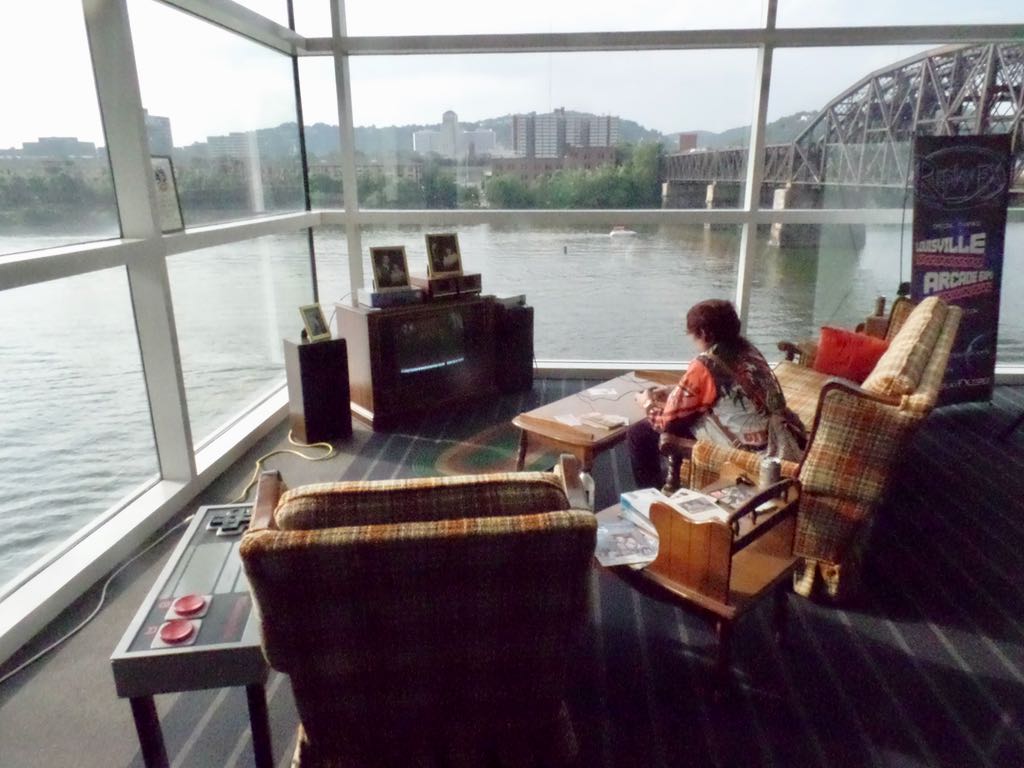 ReplayFX set up an 80s Game Room, so you could enjoy the comforts of those nostalgic days of playing NES games while looking over the Monongahela River. 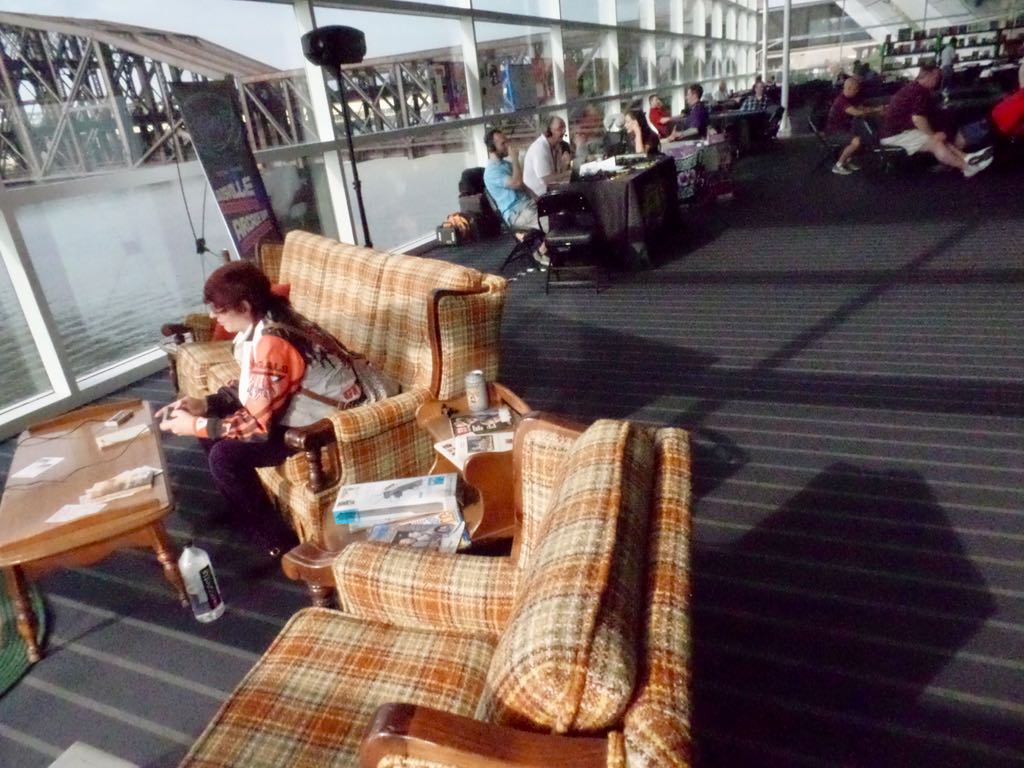 Bit more view of the 80s Game Room, which was just set out in the open. Past that was someone broadcasting the event, possibly to a podcast or streaming service, and beyond that some tables for events we never saw because we were busy playing pinball. 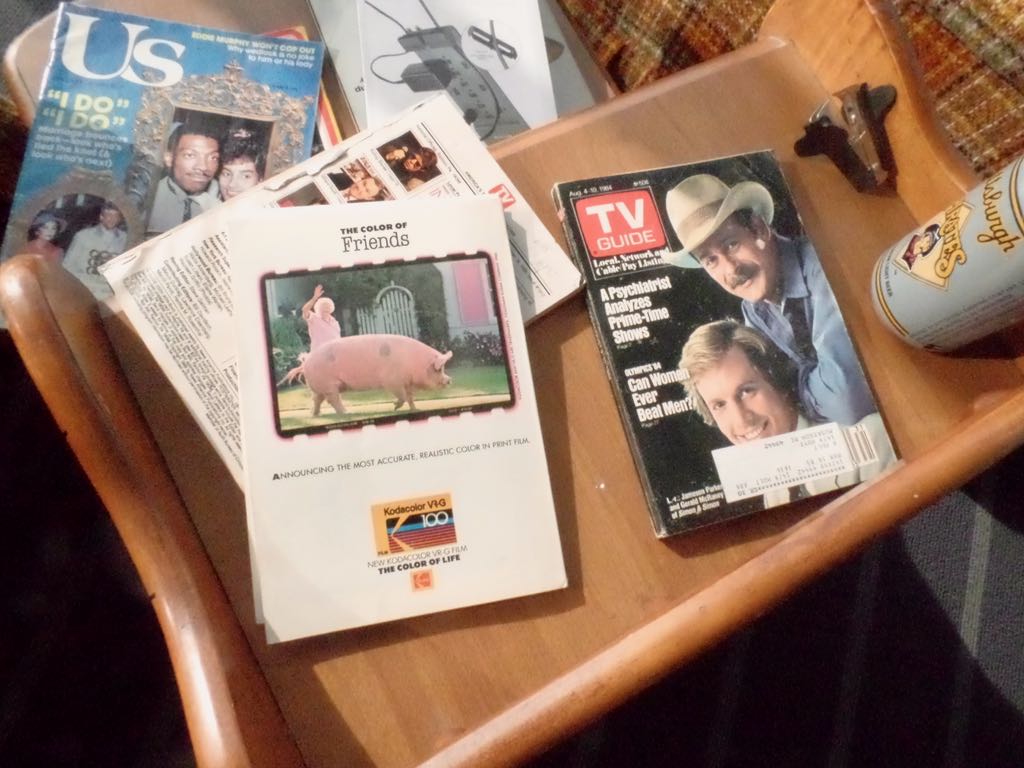 Actual vintage magazines set out so you could really soak up the 80s feel why was Kodacolor using a picture of a woman with a pig for its magazine spots?

Trivia: During the summer of 1934 Fred Allen stopped capitalizing letters while typing. Hypotheses include necessity (that he dropped his typewriter, damaged the shift bar, and never had the chance to fix it), expediency (saving type so Allen could nearly keep up with correspondence), or style (he was a fan of e e cummings). His handwriting remained all capital letters. Source: Fred Allen: His Life and Wit, Robert Taylor. (``Doesn't the shift key on your typewriter work?'' asked Goodman Ace. ``Yes,'' Fred replied, ``but I've never been able to shift for myself.'')