Before I get to my mathematics blog I want to ask: are you following the Advent Calendar of the Year at dear

bunny_hugger's journal? Because this is your chance to see a picture uncovered, one day at a time. Here's day one, which includes the most shocking scandal of the Advent Calendar world that we know about. Thanks for thinking of it. Now here's the stuff run on my mathematics blog since I last talked about that:

And for the story comics report: What's Going On In Judge Parker? Is April Parker Dead? Is Norton? September - December 2018 had a lot of stuff happen, although actually, it condenses pretty well. So the report isn't crazy long this tie.

Let's do a little more prowling around Kennywood now. 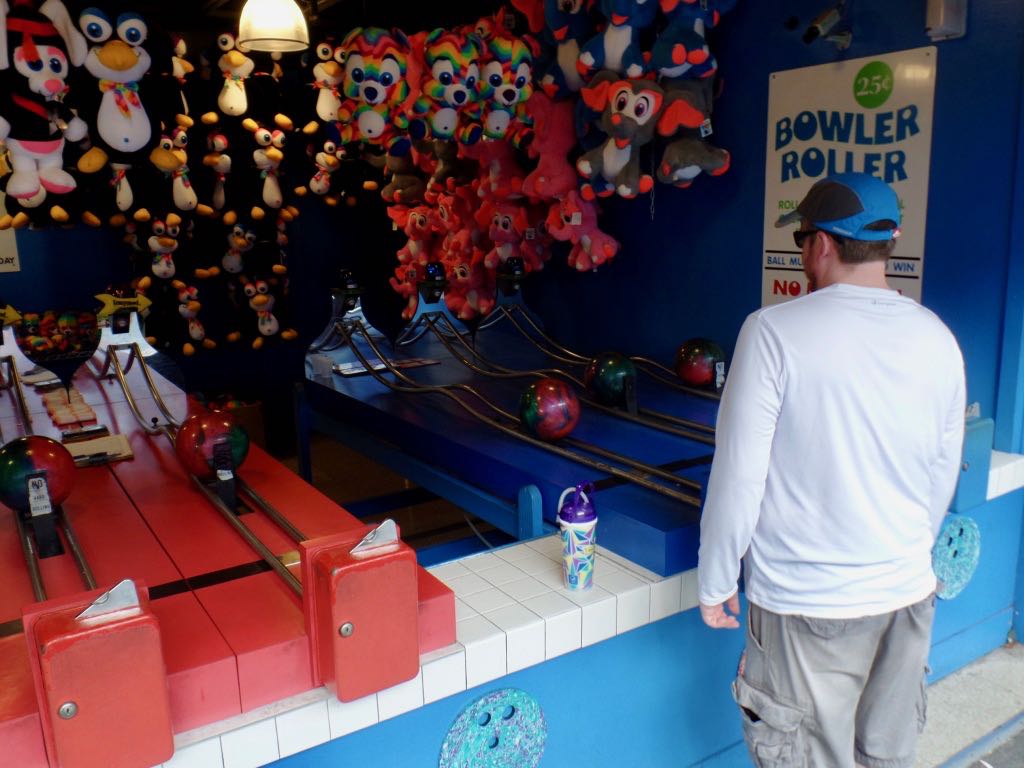 The indignity of it all. An unsuccessful roll on the Bowler Roller. We played a surprising number of tries on this and got as close as you'd expect a bunch of pinball players to; MWS would end up winning a small plush Kennywood arrow. 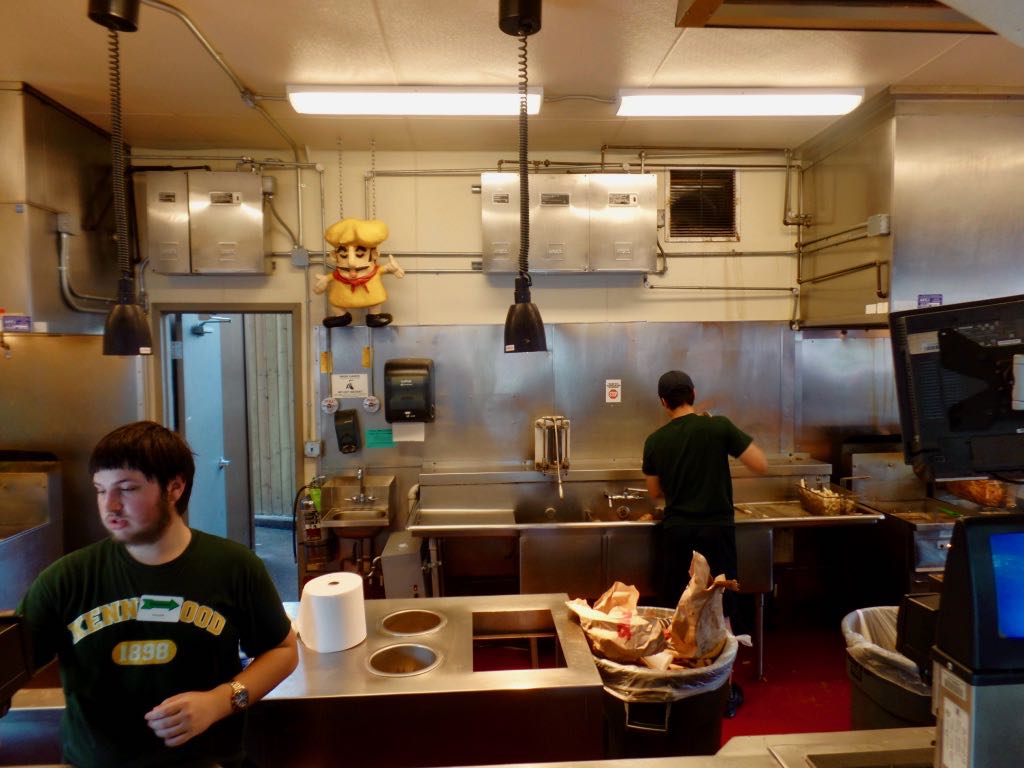 One of the things you're required by Pennsylvania Law to do at Kennywood is stop at the Potato Patch for fries. Here's their counter (front) and kitchen (back), along with the Potato Patch chef figure hoist on his own chains? 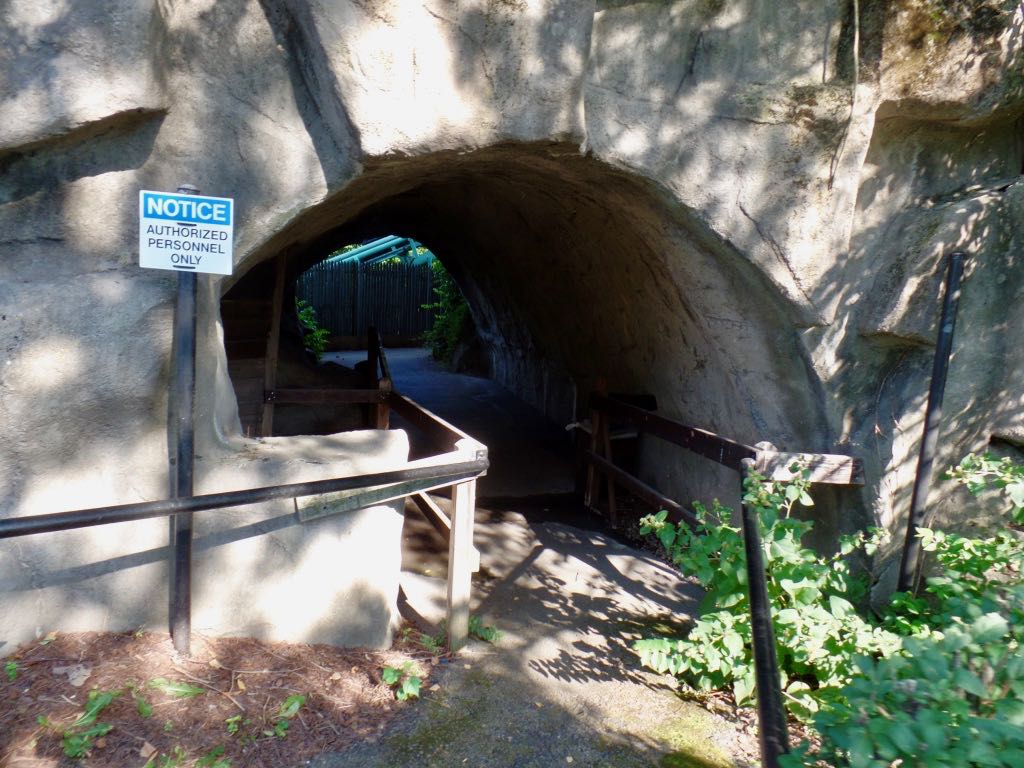 Curious detail outside the Phantom's Revenge exit: a ghost queue, now fenced off and inaccessible but clearly something that used to be useful. You can see the roller coaster through the tunnel. 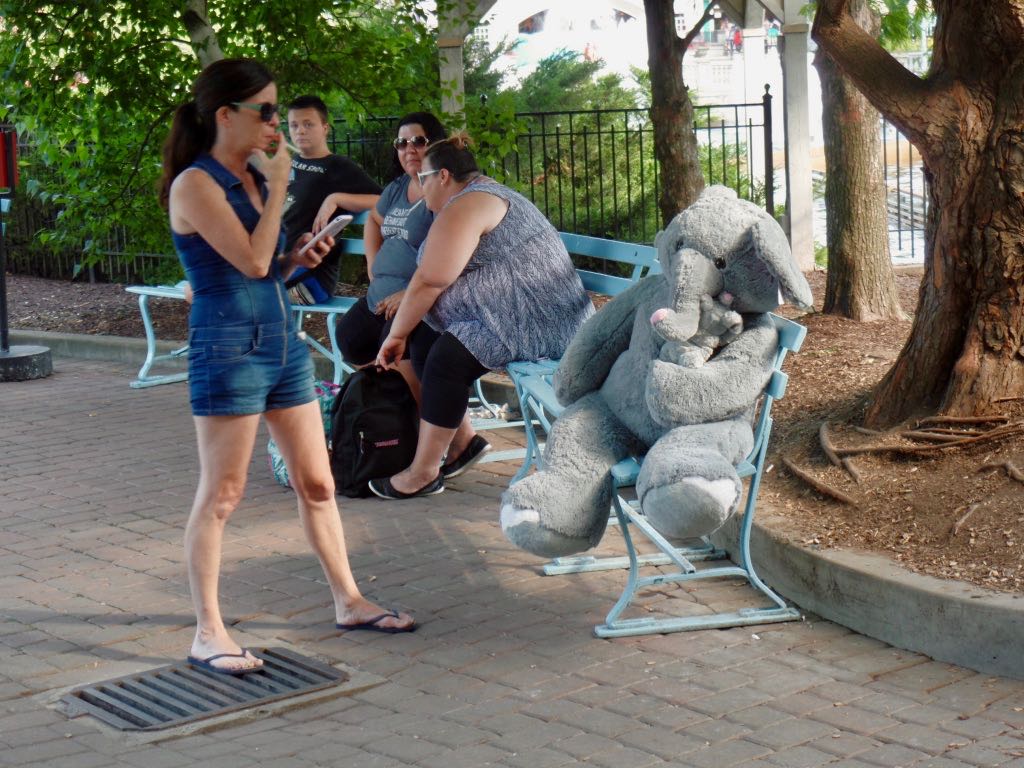 ``Look, you always --- no. No. I need to make it me statements. I feel annoyed when I express my doubts it's worth using our already-rare amusement park time waiting in a 45-minute line and then I feel like you avoid the question by turning into a plush elephant. All right?'' 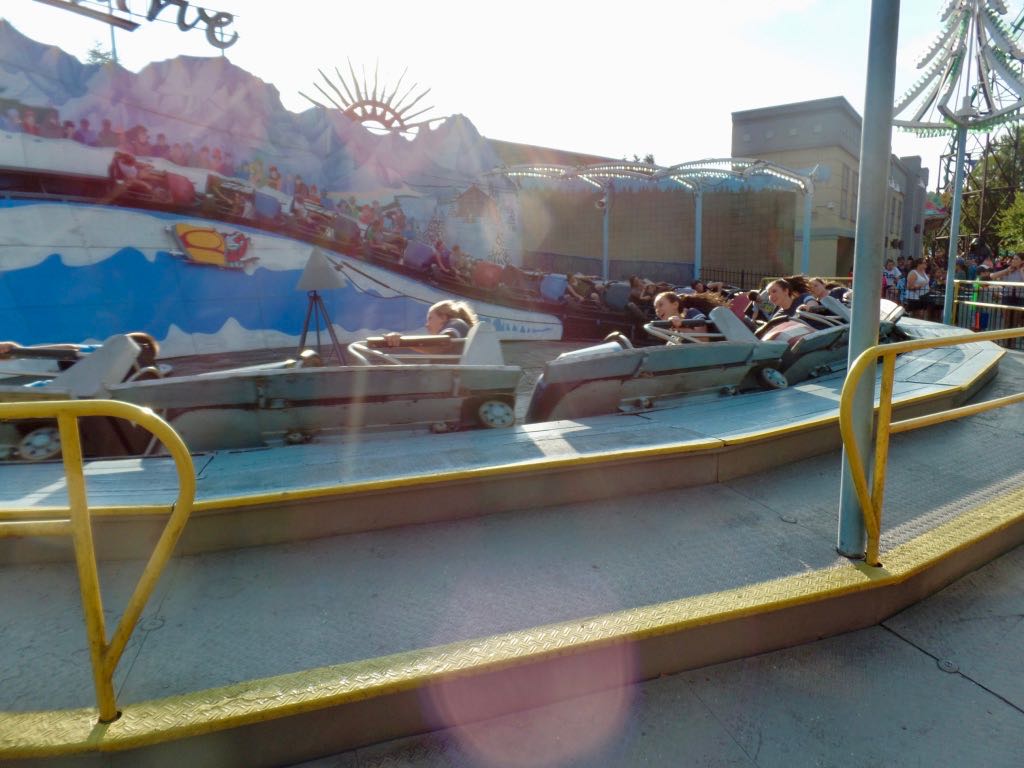 The Bayern Kurve is another now-rare ride, and one of Kennywood's treasures. It gets running very fast, and the cars tilt on their track, and a crazy loud siren goes off. We thought it sounded when the ride was at maximum speed but it turns out it's operator's discretion. 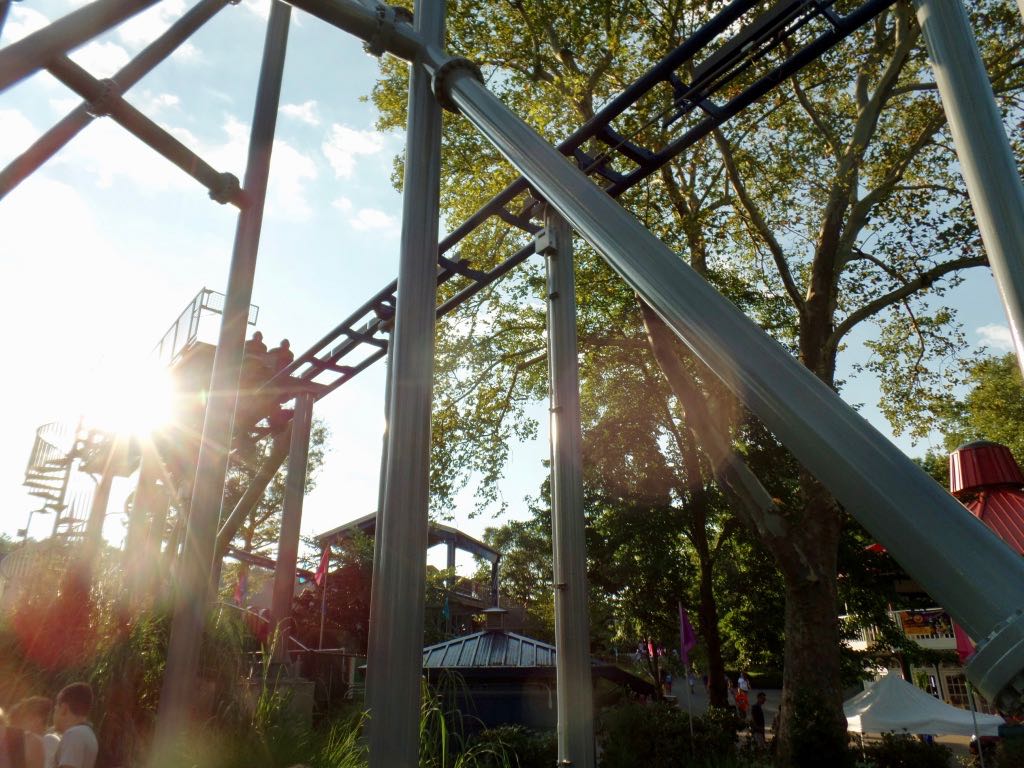 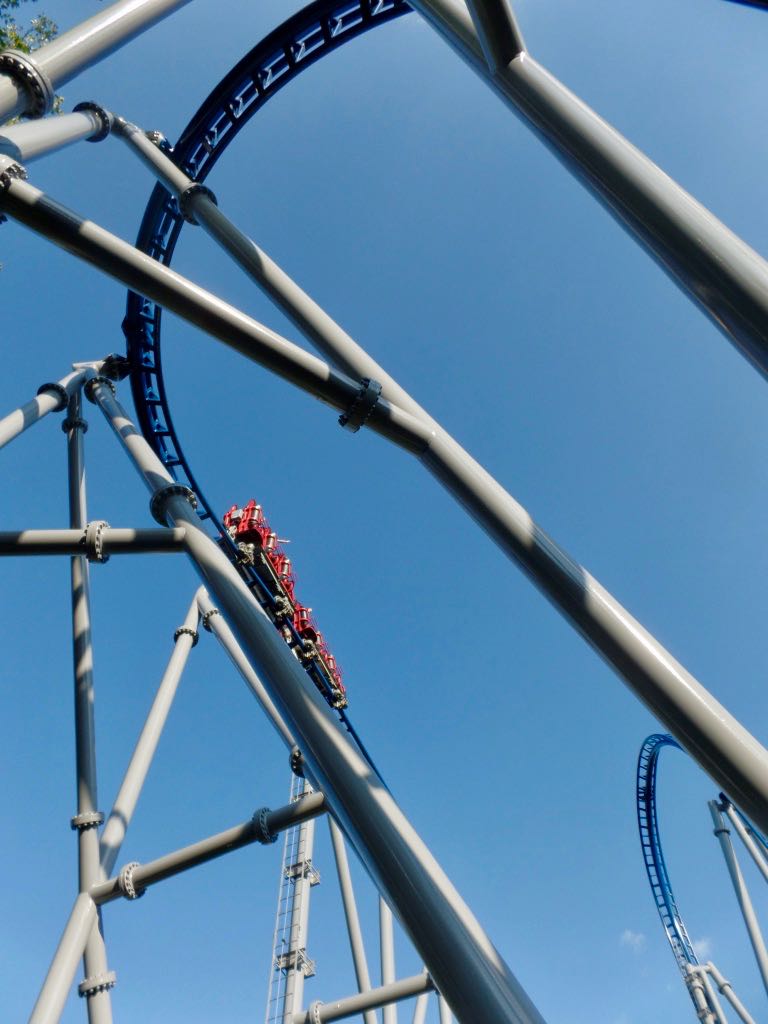 And here's a view of Sky Rocket on one of its banked turns. 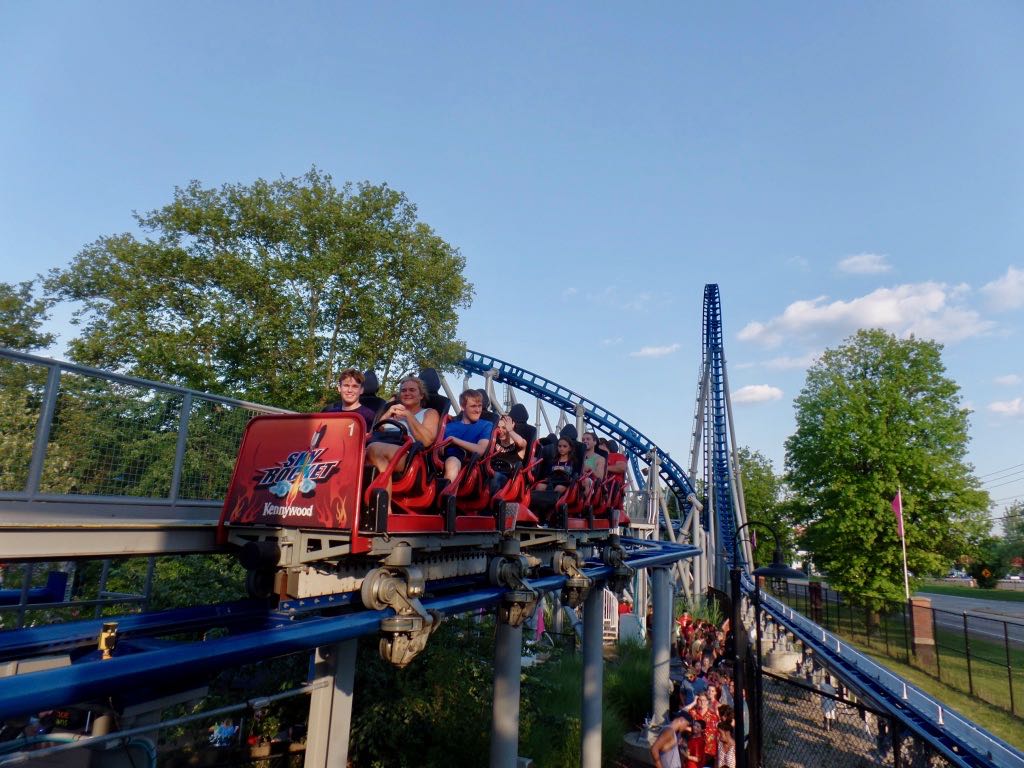 Sky Rocket train returning to the station; on the left is the first hill, along with --- on the horizontal track below it --- the mechanism that does the inductive launching. 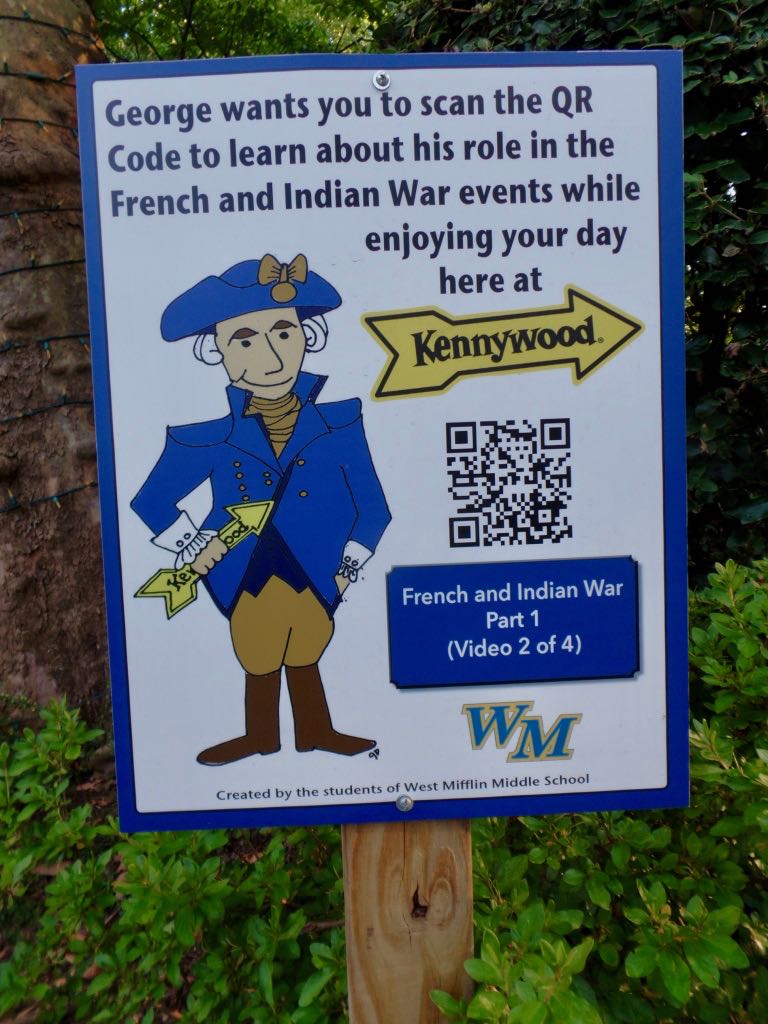 More fun with QR codes we won't be scanning! Also, you know, the French and Indian War, Part 1, Video 2 of 4. Good luck with the numbering there.

Trivia: During his 1497-98 voyage from Portugal to India, Vasco de Gama mistook some Hindu residents of the African city of Malindi (in what is now Kenya) for members of an unknown Christian sect. Source: An Edible History of Humanity, Tom Standage.