Technically, I had four posts over the past week. Let me give you a fresh chance to read them. I'm expecting a similar writing load for this coming week, for what that's worth.

Remember anything from the summer of 2017? Yeah, it's hard. But I have photographs to help me out. Here, stuff from two different days. The first, just an ordinary August day. 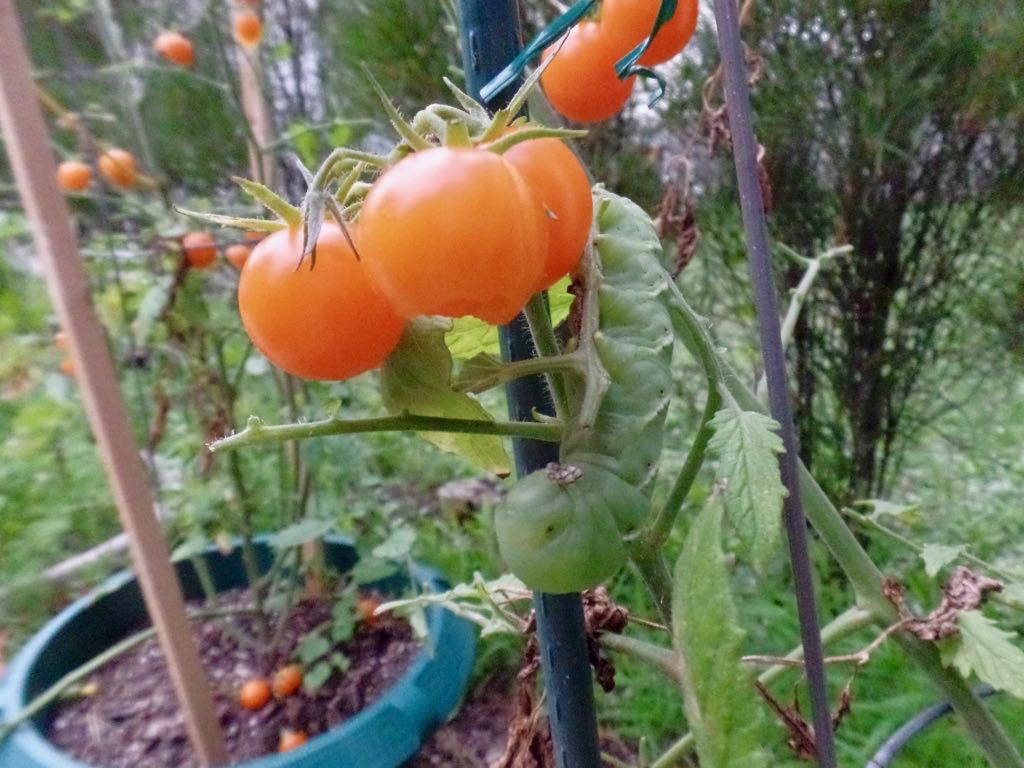 bunny_hugger had been admiring how well our tomato plants were doing, and then was shocked that a day later they were denuded. With some examination she found the problem: one of these boys on the plant. Also two more. They're surprisingly hard to see, considering they're the size of a medicine ball. 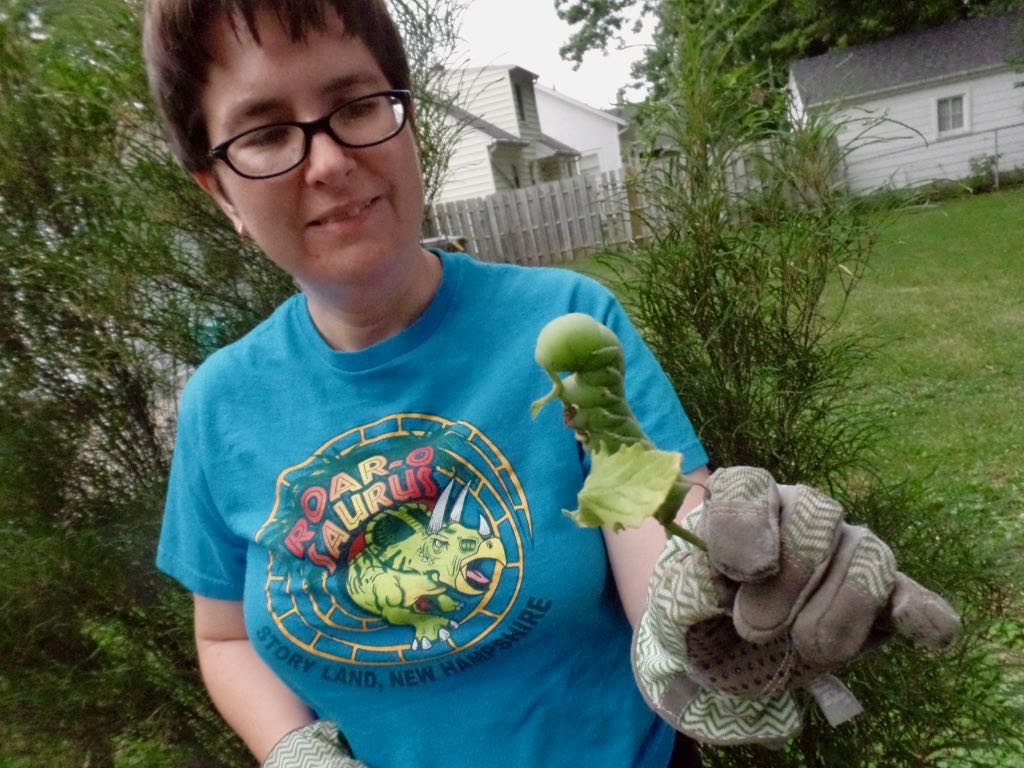 bunny_hugger not sure just how delighted she is to pick up one of these tomato-eaters. I mean, it's kind of cute in its way. Looks like something you'd see in a children's book about a hungry caterpillar, except that it's big enough to eat a truck. 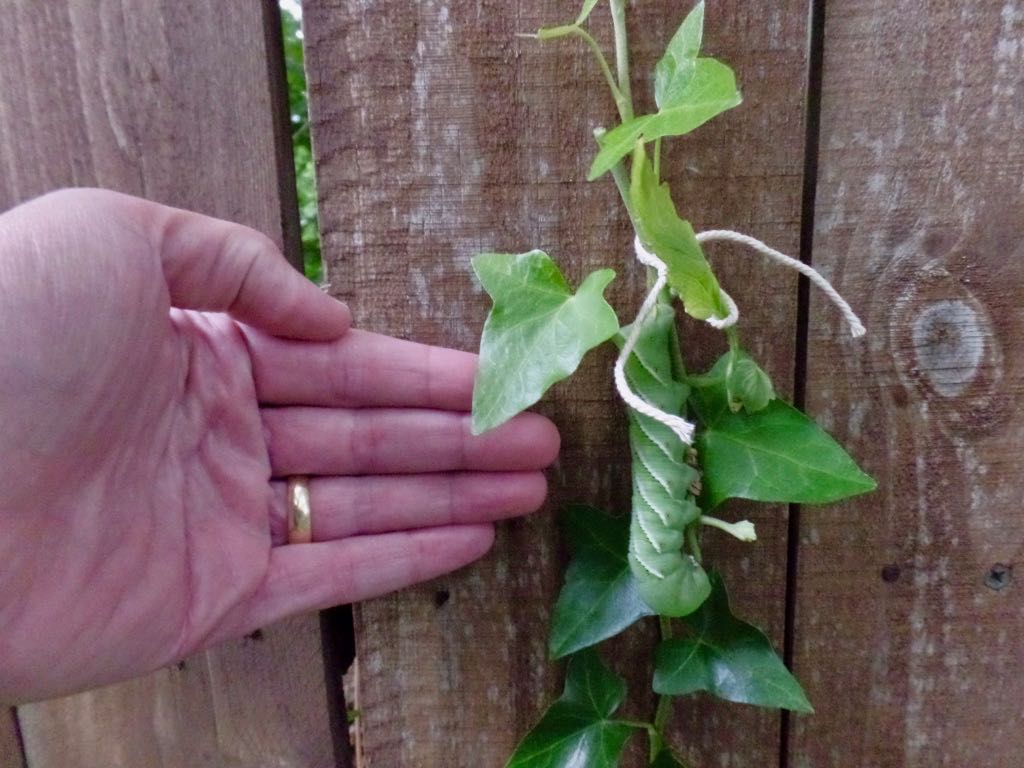 So we relocated them to the backyard, along with the tomato vines they'd already been eating. Here, the new home of one, against the fence. We never saw them again, but they were probably ready for their metamorphosis so we wouldn't recognize them.

And now, pictures from another August day in 2017 and one where we had reason to think about, y'know, the sun and the moon and that we could see them together, which is neat. 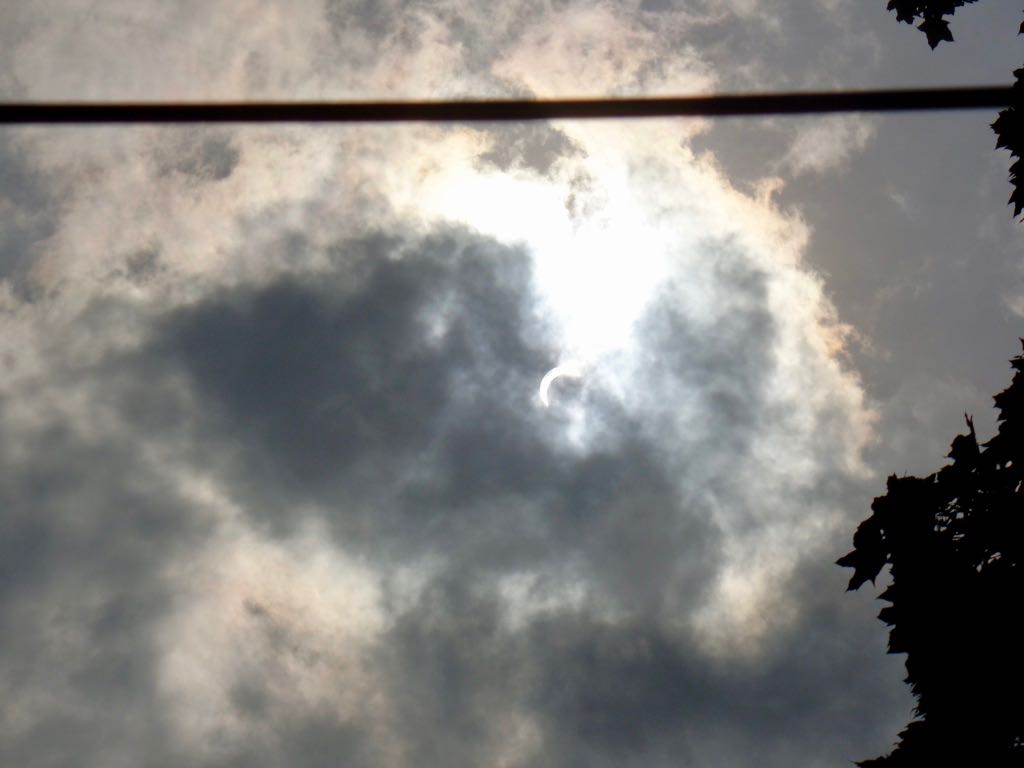 Here --- on another afternoon --- was the thrill of August 2017, the partial eclipse. You can see how cloudy it was, because of course it would be, but there was still the chance to see some fun stuff. 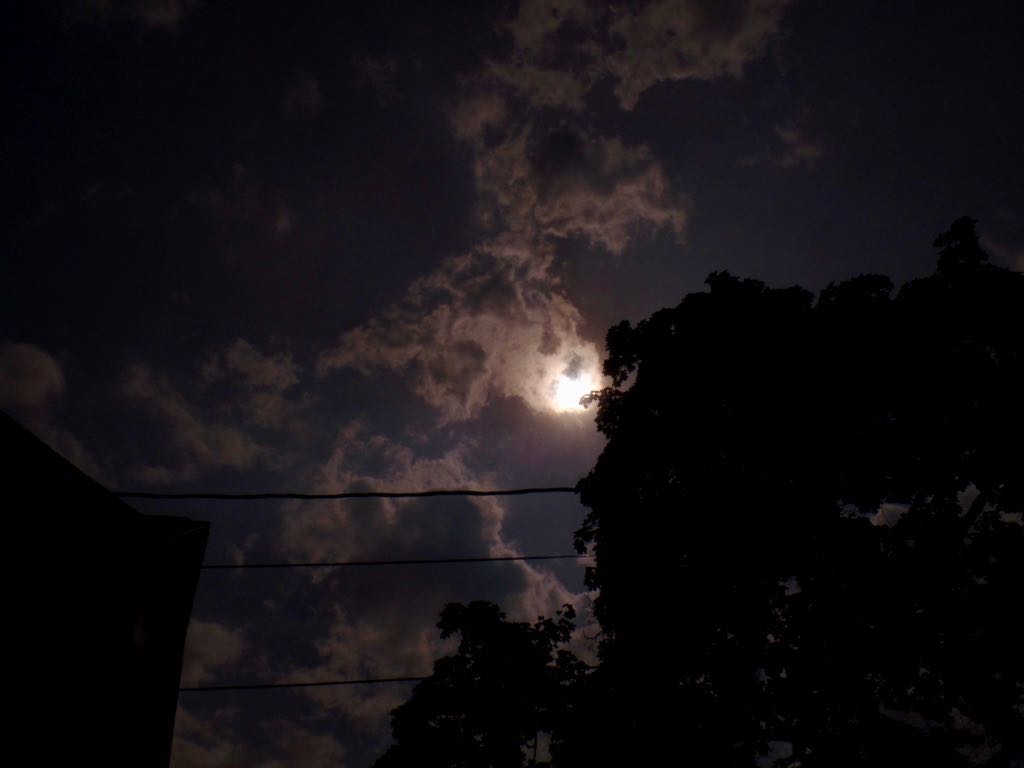 So, here's my album cover. 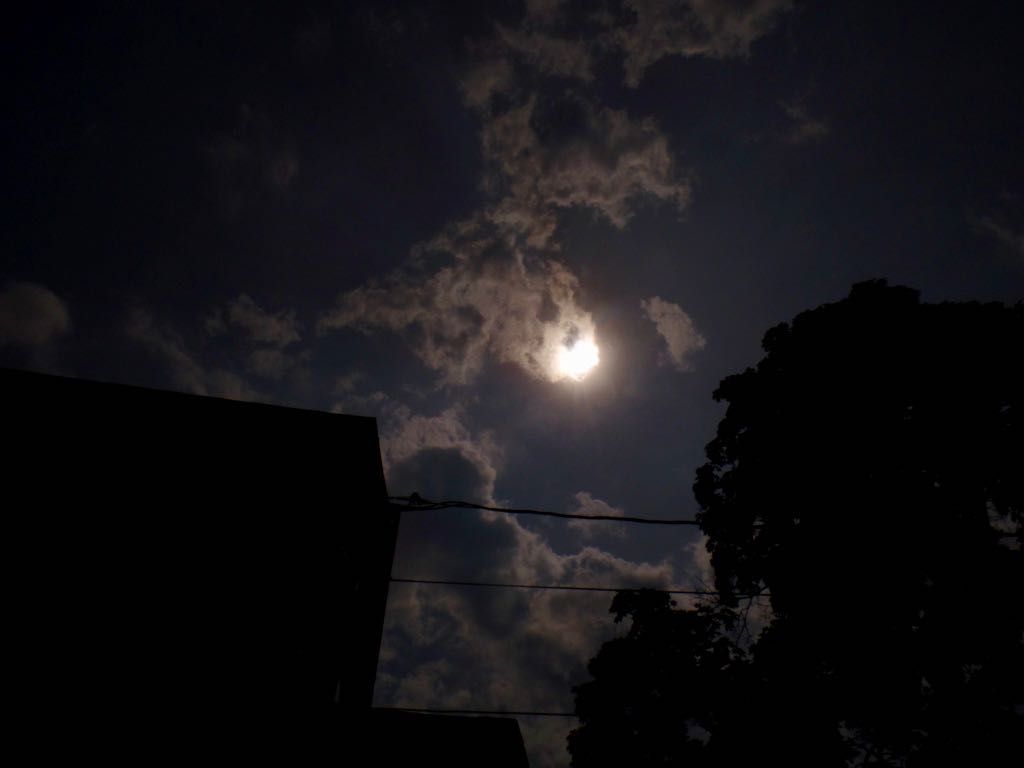 And here a cloud dragon grabs and makes off with the Sun. 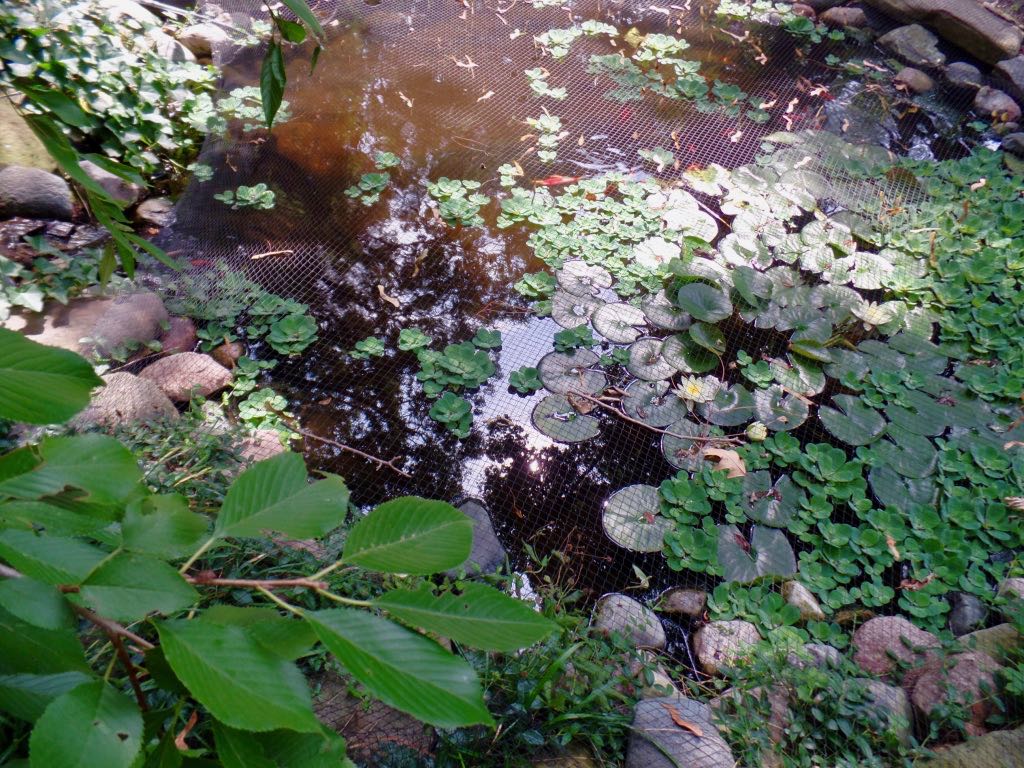 Our fish pond. I didn't get any good pictures showing the eclipse in reflection --- I should have taken the netting off, really, but didn't think of it until later --- and while there are photos that better show the shoals of goldfish, they don't have the great circles of light around lily pads like this picture has. 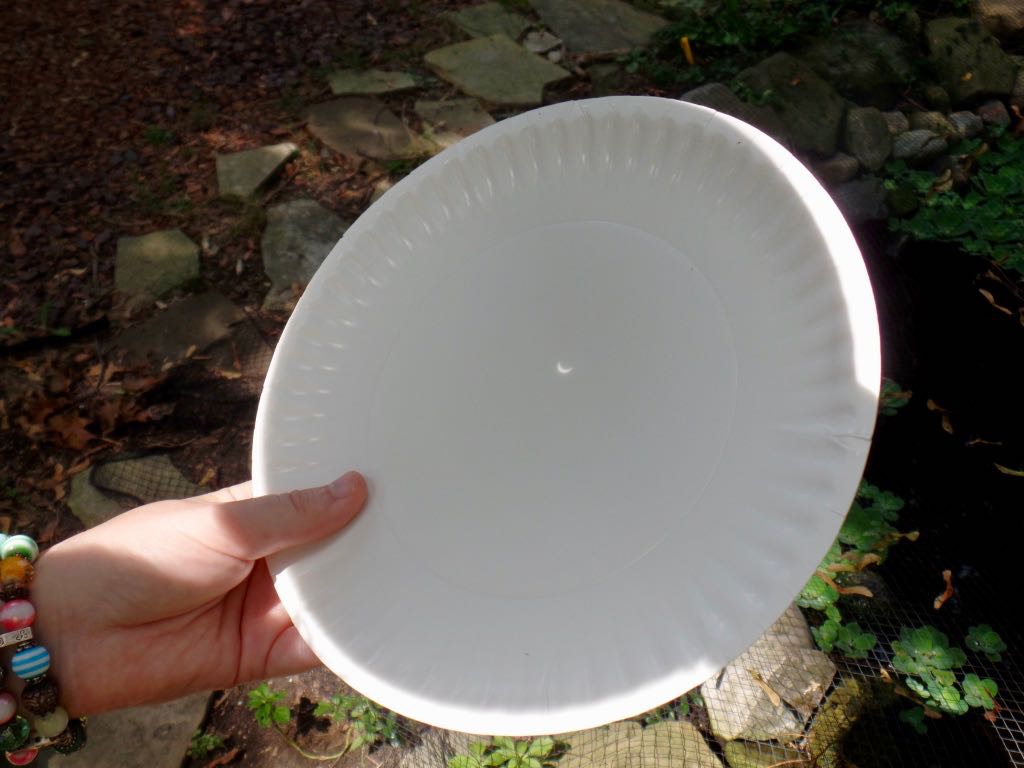 And proof that we know how to look at an eclipse wisely: the results of our pinhole paper-plate camera. 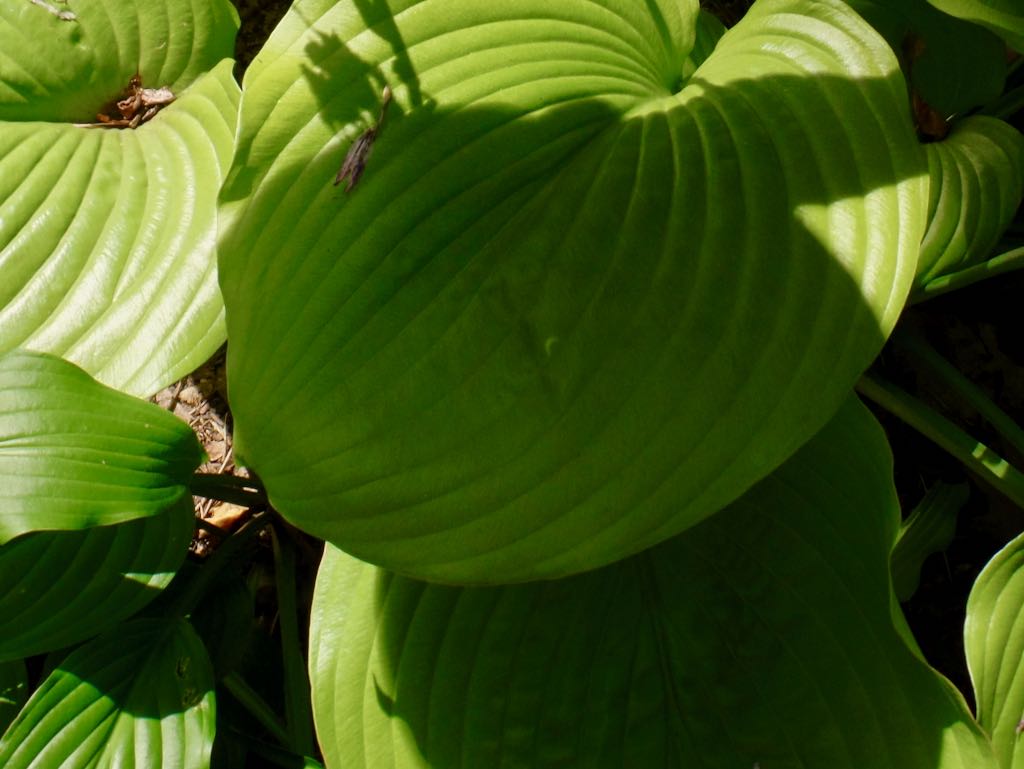 And our pinhole paper-camera applied to the hostas out back.