So today the temperature got up into the 40s. This is noteworthy because the last couple days have been bitterly cold, and most of the coming week is projected to be bitterly cold. I figured to get done all the little shopping trips I expected would be needed until we get some heat back, so that if need be we can just hide away from the weather. And that was going well enough at least until I was plugging in the aux phono cable into my iPod, and my hand twitched and I broke the end off. So that turned into a diversion to Capitol Mac, where it turns out they have a little digging device that's got not-too-great a track record at digging out stuck phono cables. But the device worked, this time, and I got to watch the fellow digging around with this thing that looked like the key to a can of Spam, until his hand twitched and this tiny metal nubbin went flying in a beautiful parabola over the table with the iPad Pro price lists. And, hooray, it worked! (If it didn't work, the Capitol Mac guy said, the place to try would be the clock repair shop and oh, yes, that's exactly right.) Anyway, while I'm glad to have all these many chores done before the atmosphere freezes out, it did mean I didn't have time to write anything more than this paragraph. So here's a bunch of pictures of Conneaut Lake Park from Labor Day weekend, 2017. 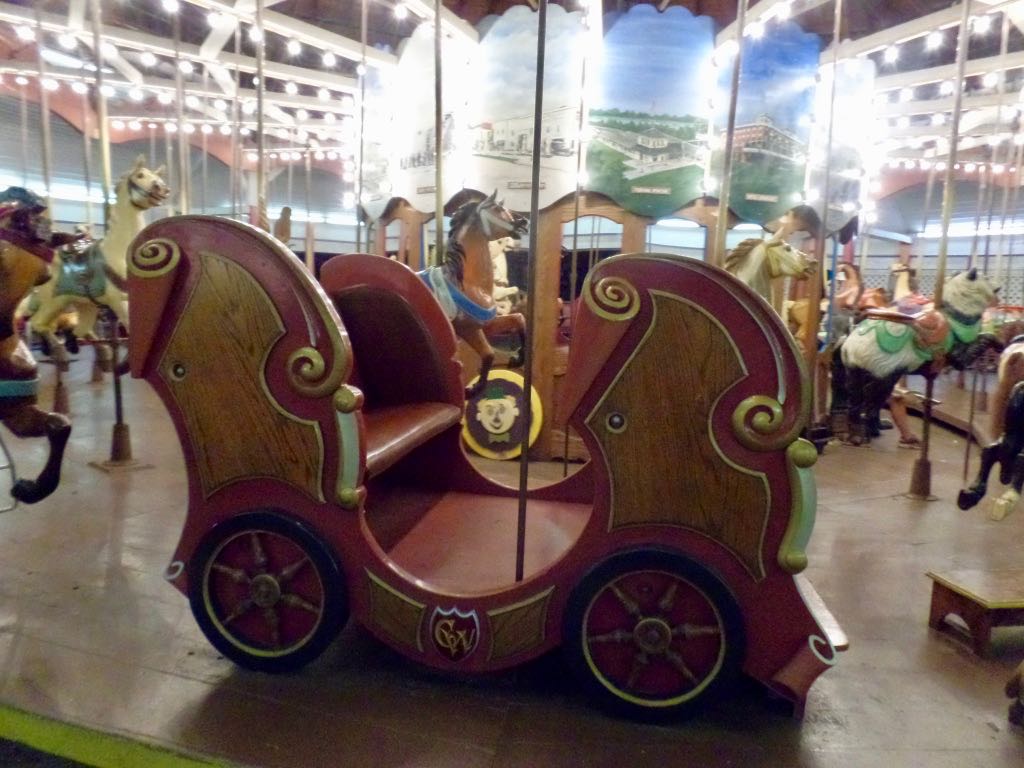 The chariot on Conneaut Lake Park's carousel, only this time with full illumination at night. In the background you can see one of the person's-face roundels, this one upright. 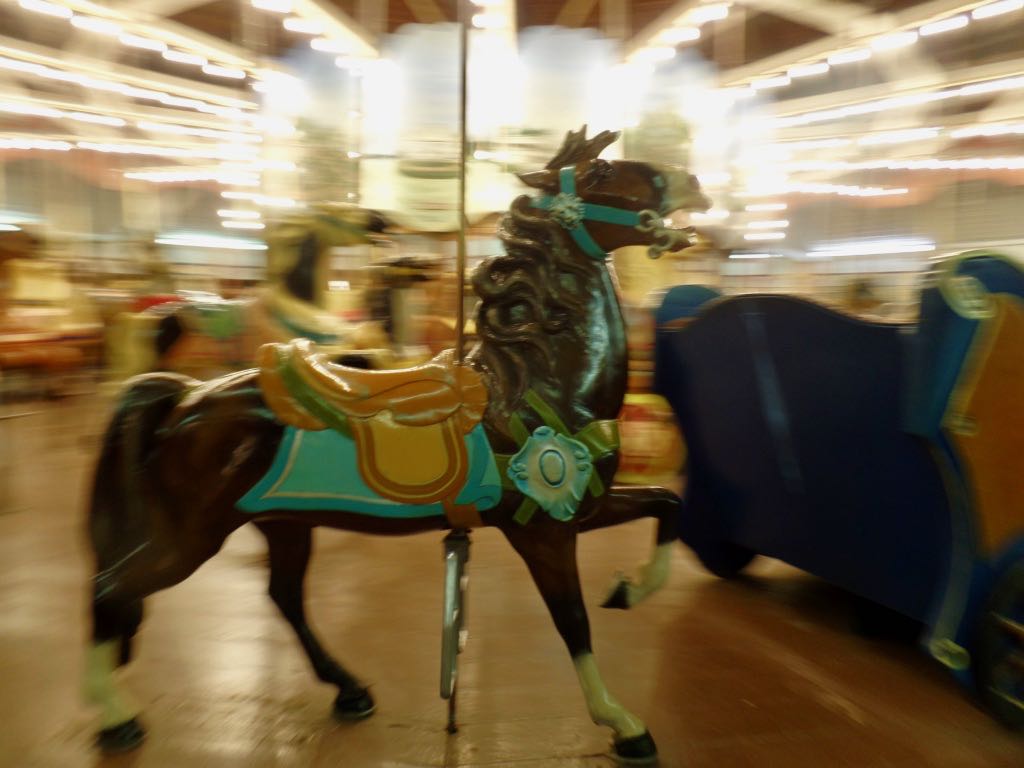 I try photographing a horse as it goes into warp speed, tracking the camera as the horse goes past the center of frame. 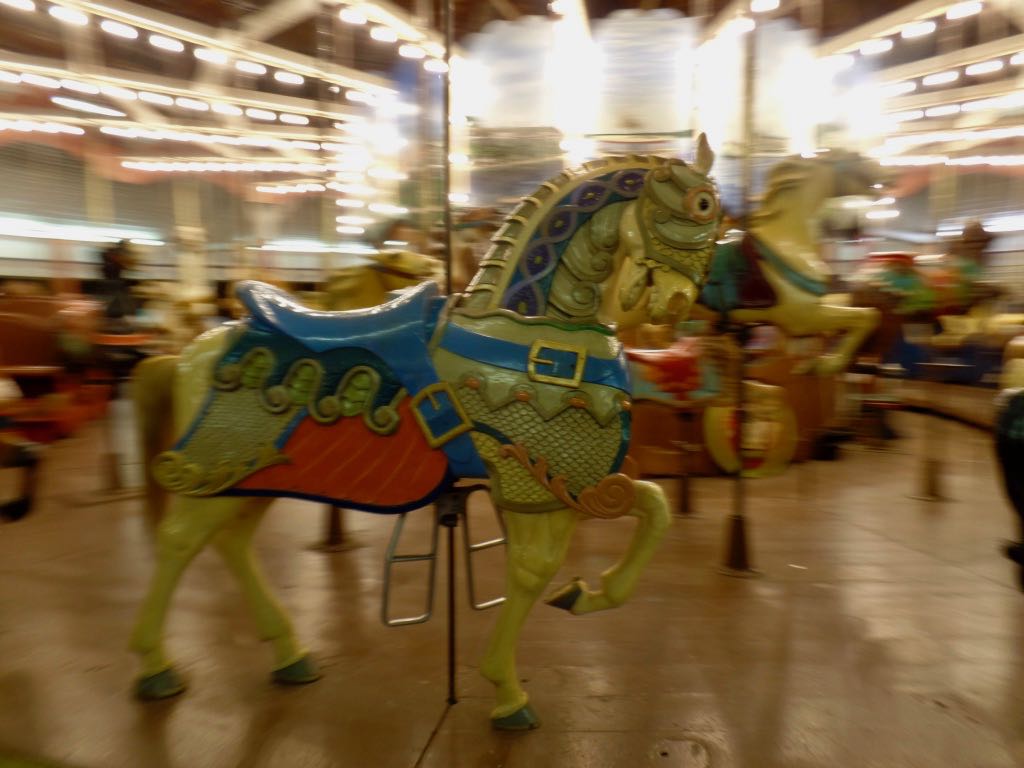 A slightly better tracking shot of a horse staying nearly in focus while the rest of the world goes to warp speed. 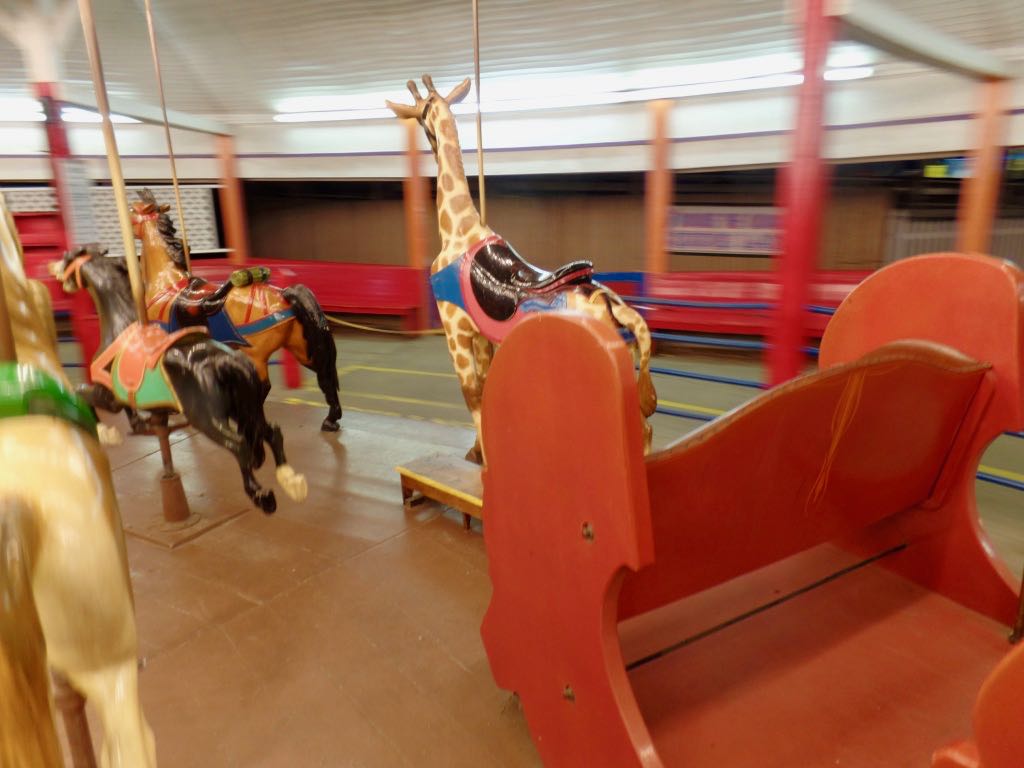 Riding from a horse on the inside of the chariot. The blur in the background tells me the ride was still going, although they must have run the bell that it was safe to start dismounting. 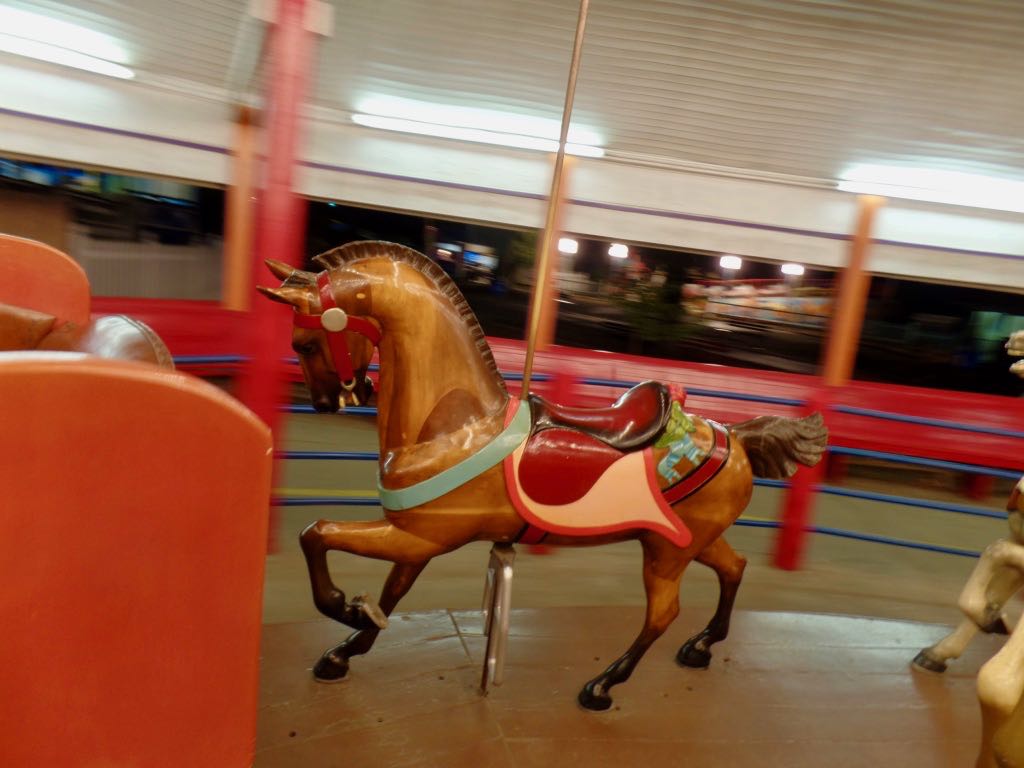 Similar view, looking directly out, as the carousel unwinds to its final stop. 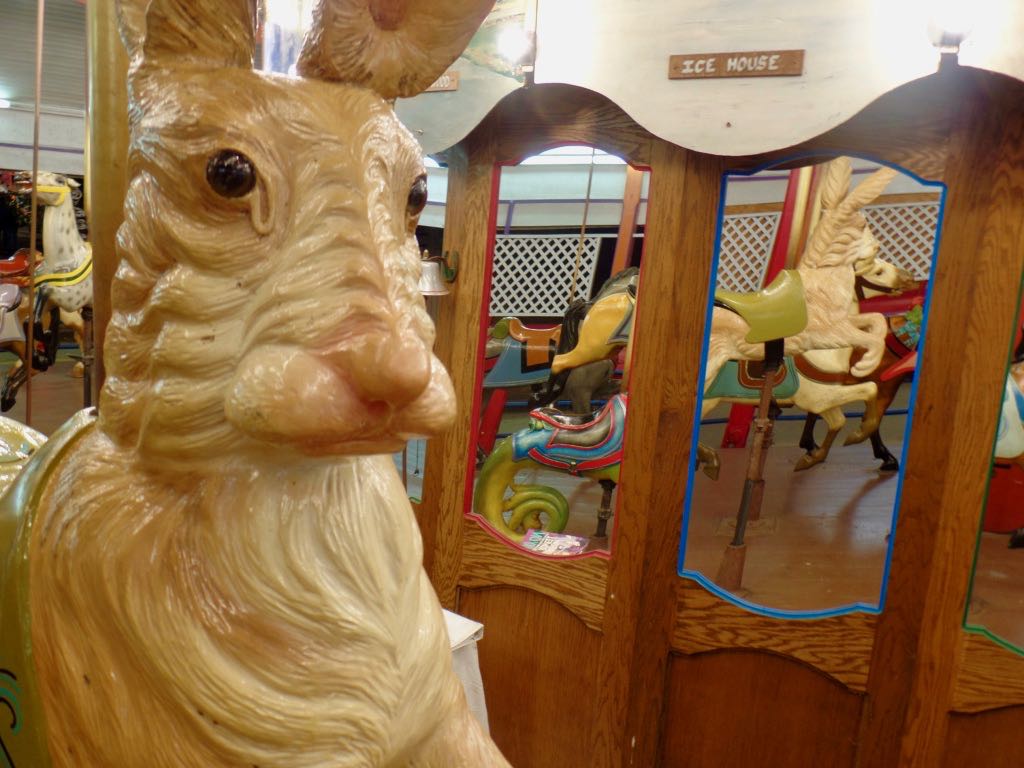 (Replica) carousel rabbit, seen both directly and in the mirror so you can appreciate a bit of both sides. 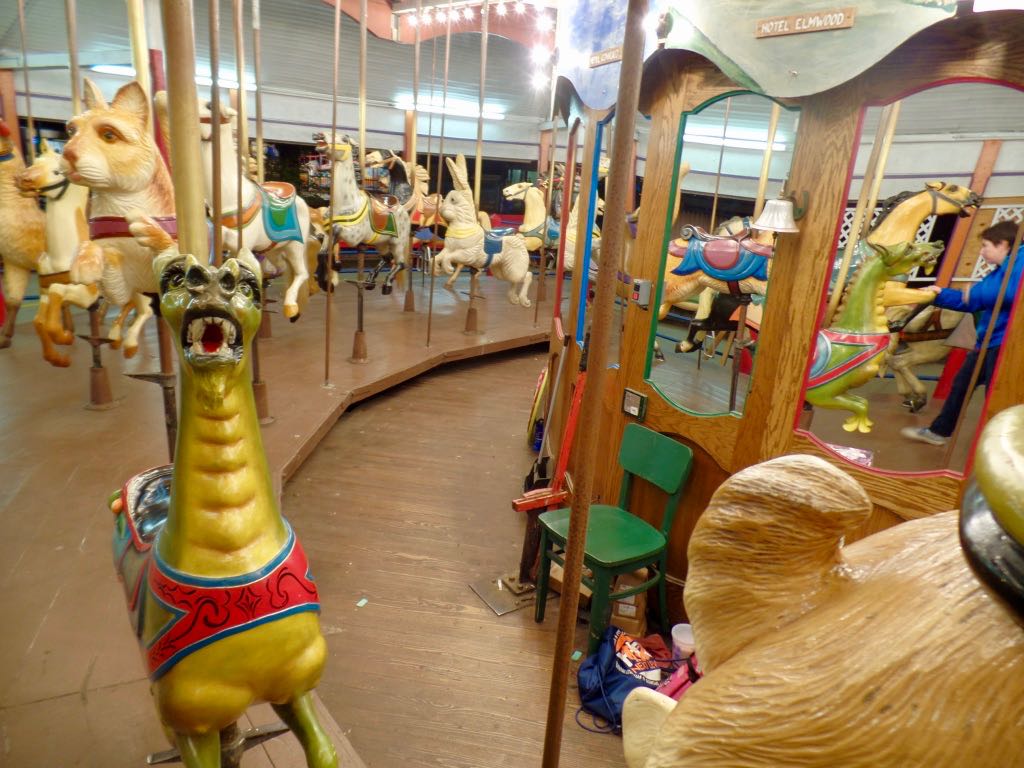 And here's a view with the (replica) carousel sea dragon, visible directly and in the reflection with 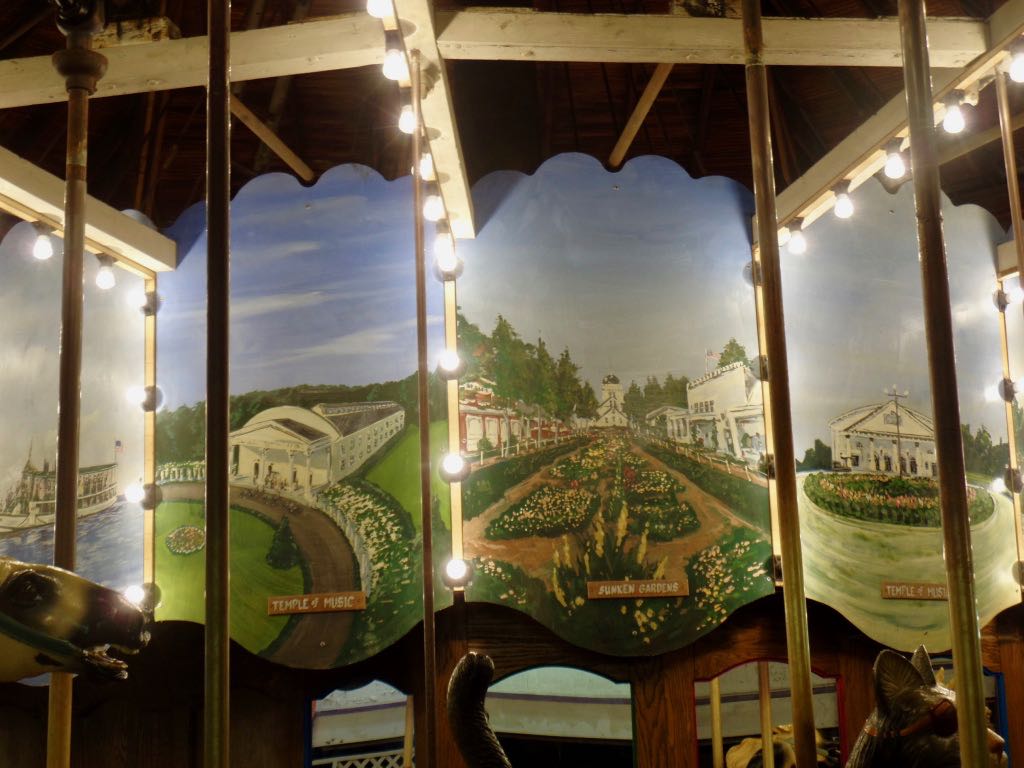 Center boards showing off some of Conneaut Lake's past, including a sunken gardens that I think used to be where the midway now is. I'm not positive; I've never studied the historical pictures of the park well enough to quite match everything to its present-day locations. 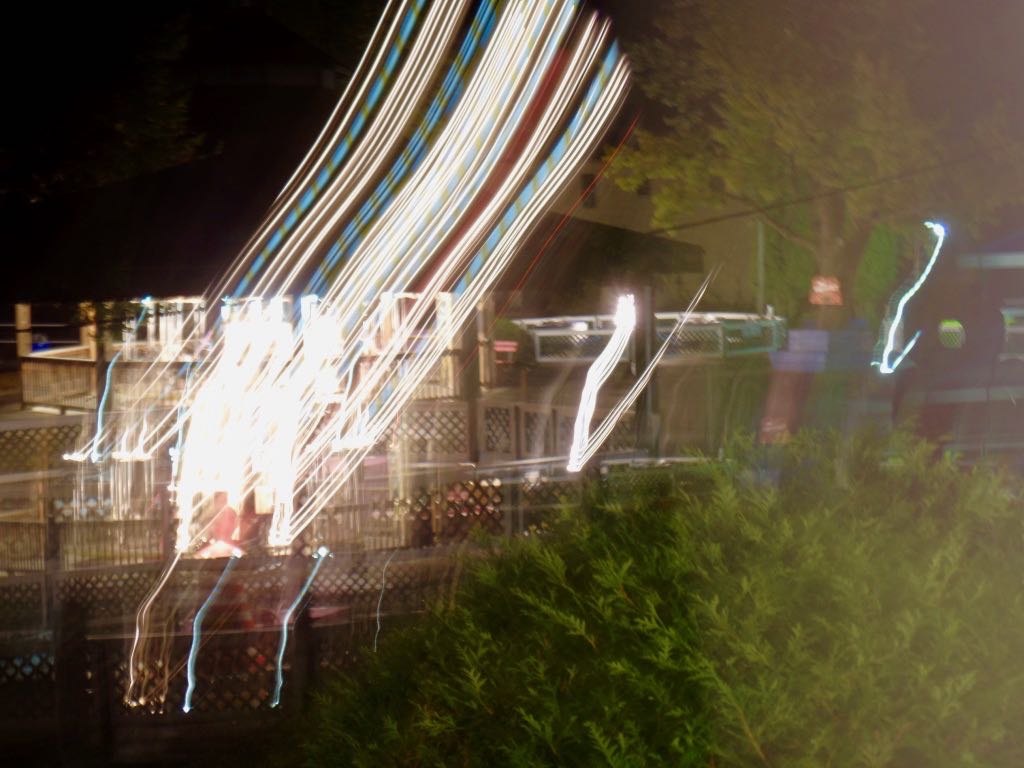 Oh, so somehow I did a something while photographing some of the kiddie rides at night and it came out stunning. If I knew just what I did I'd try doing more of this. I remember the Motor City Furry Con dance party picture where it looked like half the dancers were beaming out and that must have been the same camera trick. 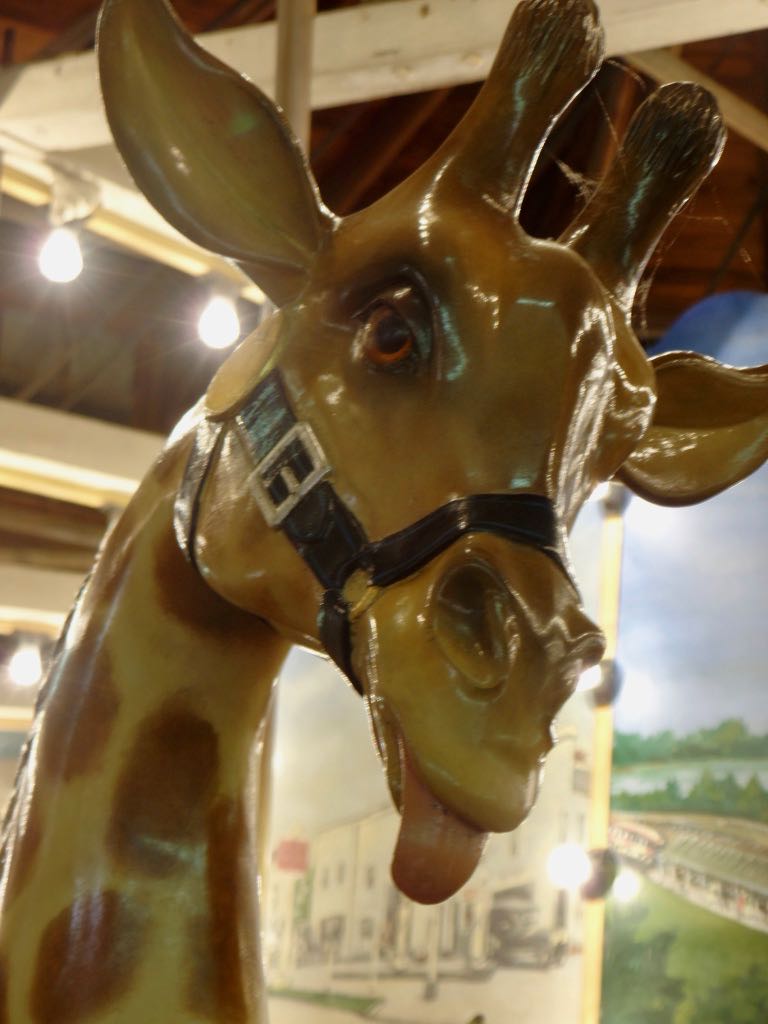 Carousel giraffe is being a little bratty. 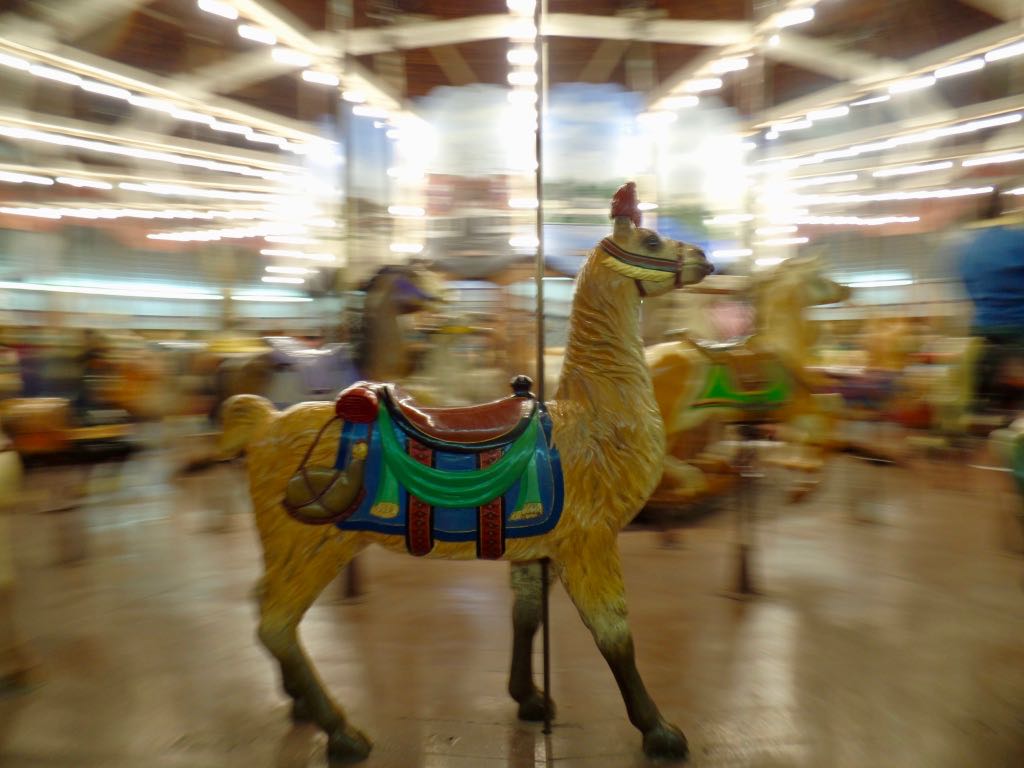 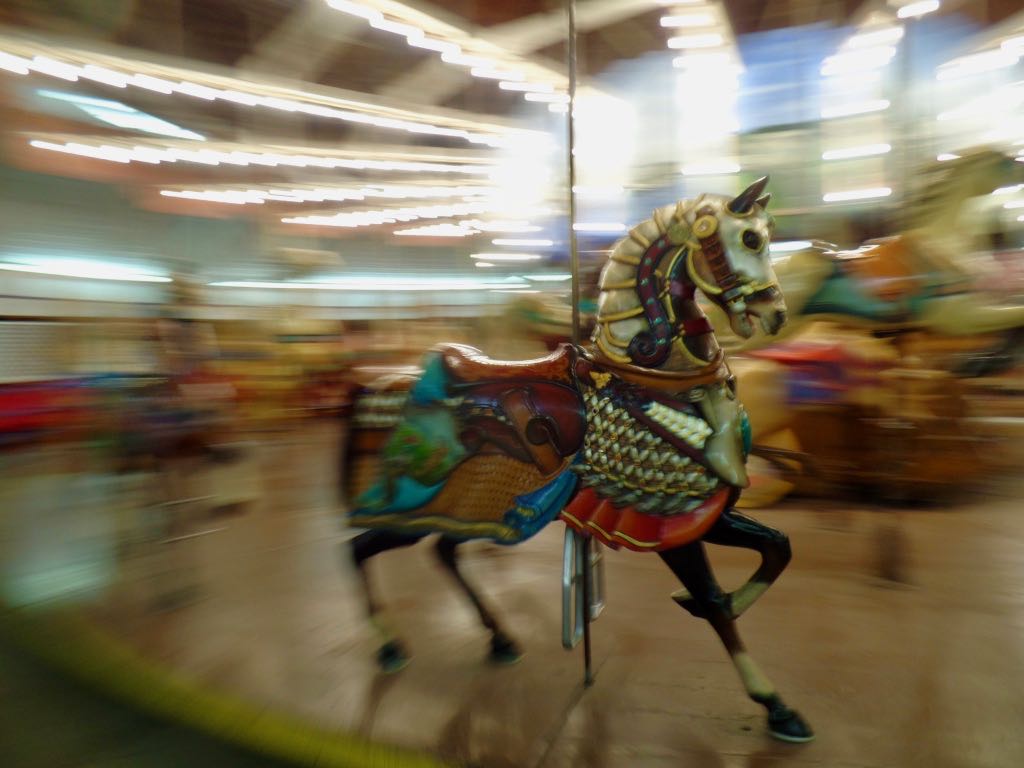 And a slightly less good one but focused on what might well be the lead horse, the one with the saddle blanket image of a knight approaching a castle.

Trivia: Samuel Johnson was granted a pension of £300 per year by King George III in 1762. Source: George III, Christopher Hibbert. (Apparently without any stipulation or even tacit understanding that he would write in the government's favor afterwards.)