So I ended up not writing much on my mathematics blog this past week. I blame the weather. We had a heavy snow Monday that cancelled

bunny_hugger's classes. Then we got such bitter cold that they didn't just cancel

bunny_hugger's classes but also closed down the lower peninsula through Thursday. I didn't leave the house, except for shoveling work, between Sunday and Friday. It's hard to get stuff done under such weird circumstances. Here's what I did manage to write that was mathematical:

Well, at least I had comic strip plot recaps going. What's Going On In Rex Morgan, M.D.? Does the ham radio guy know what kind of plane this is? November 2018 - February 2019 in 777 words. And now for the amusement park! Waldameer, the day before Labor Day, 2017. 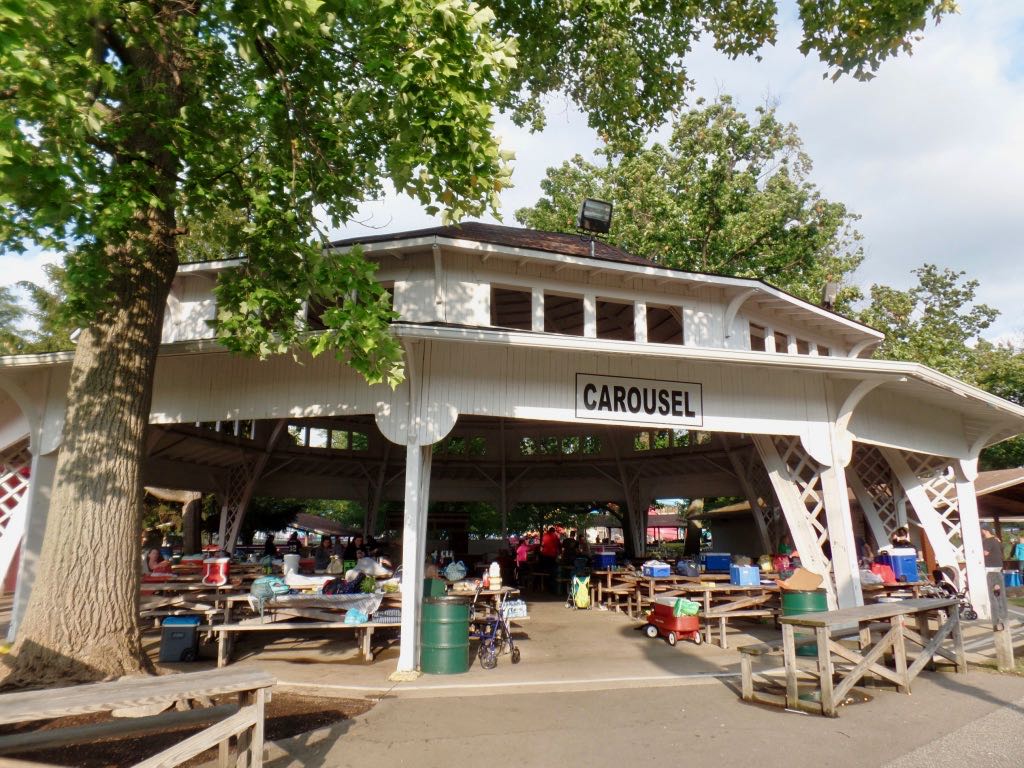 The carousel pavilion, as seen from the park side. It's just for picnics now but for some untold stretch of time housed the antique carousel. 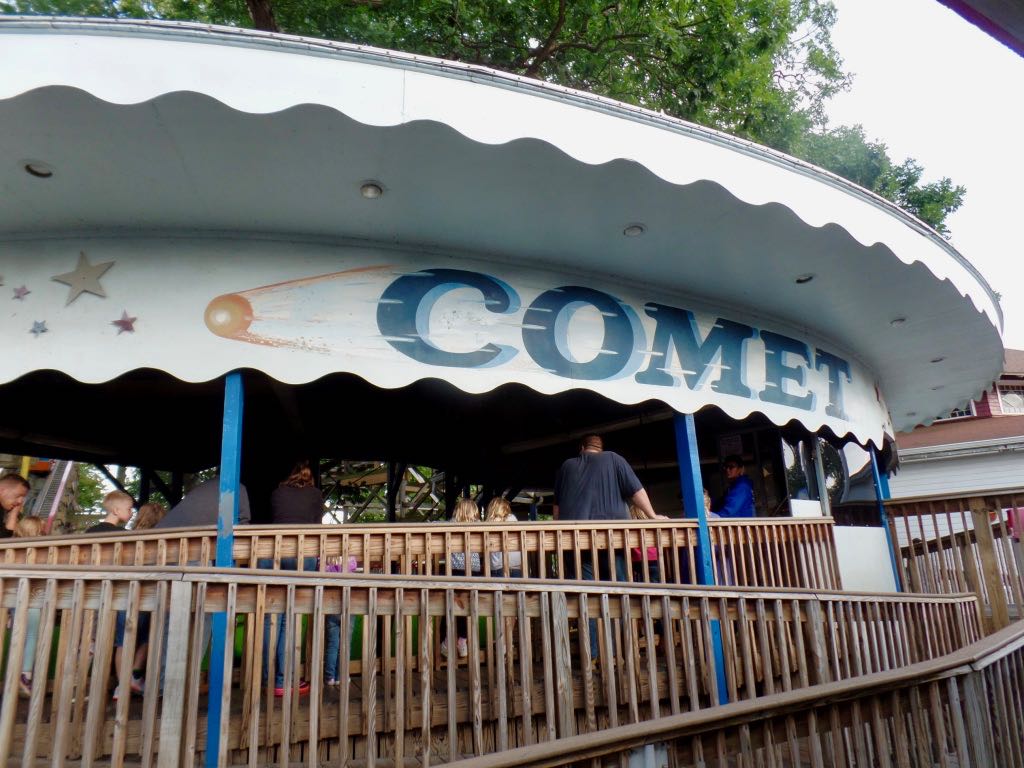 Station for the Comet junior wooden roller coaster. It's a fun ride and the loading and unloading is done (as you've seen) on a curve, which irrationally delights me. 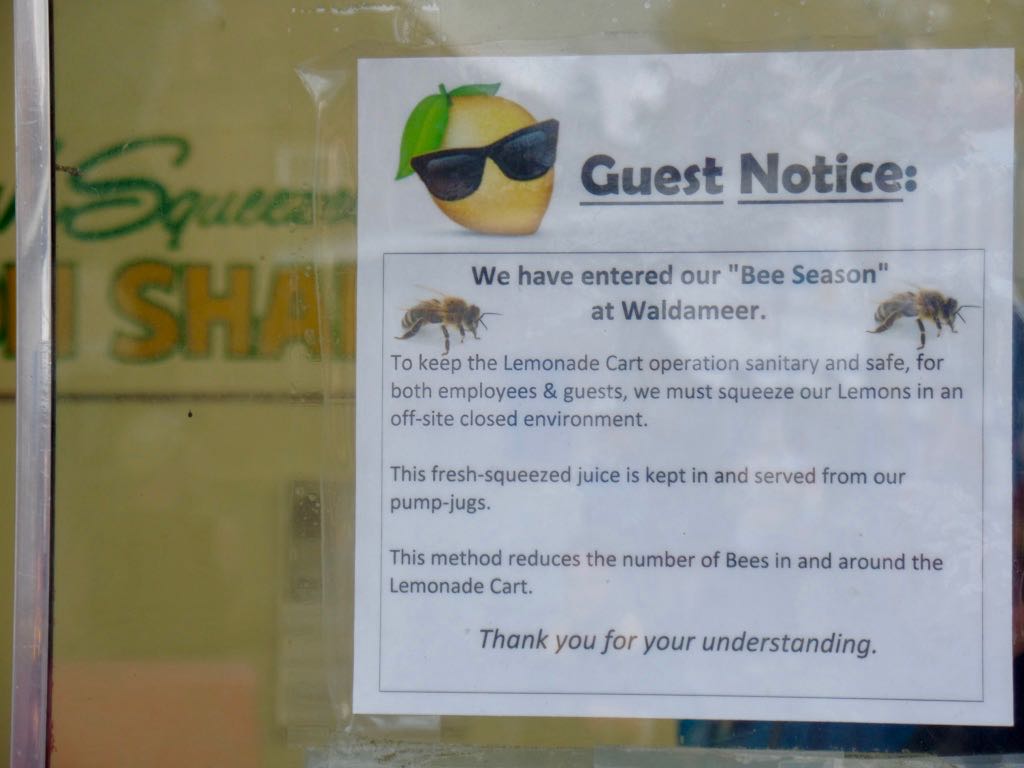 I do not know why I find this funny, but I do, so there. 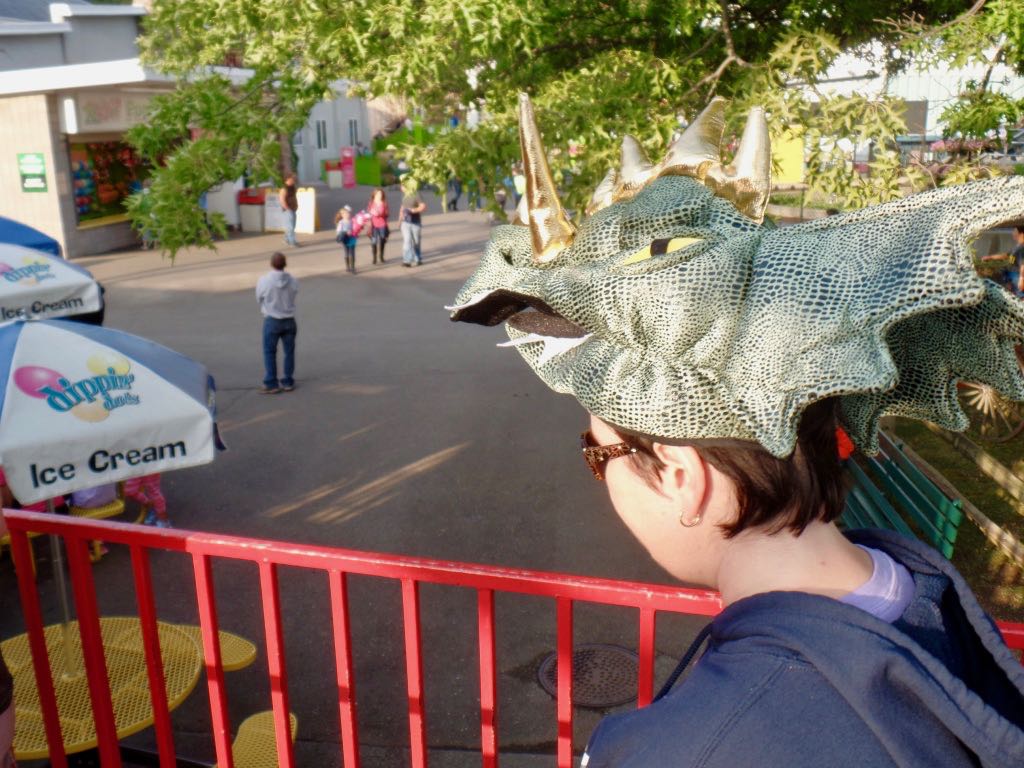 bunny_hugger thought long and hard about buying Dragon Hat from Souvenir Shop 1. It turns out this was a great purchase, and she had a lot of fun with it the rest of the day. We even got into talking about it with a father-and-son outside the Whacky Shack and maybe sold them on Dragon Hat. Dragon Hat would go on to be an important part of her Halloween costume that year, of a dragon, and of the next year, a wyvern. 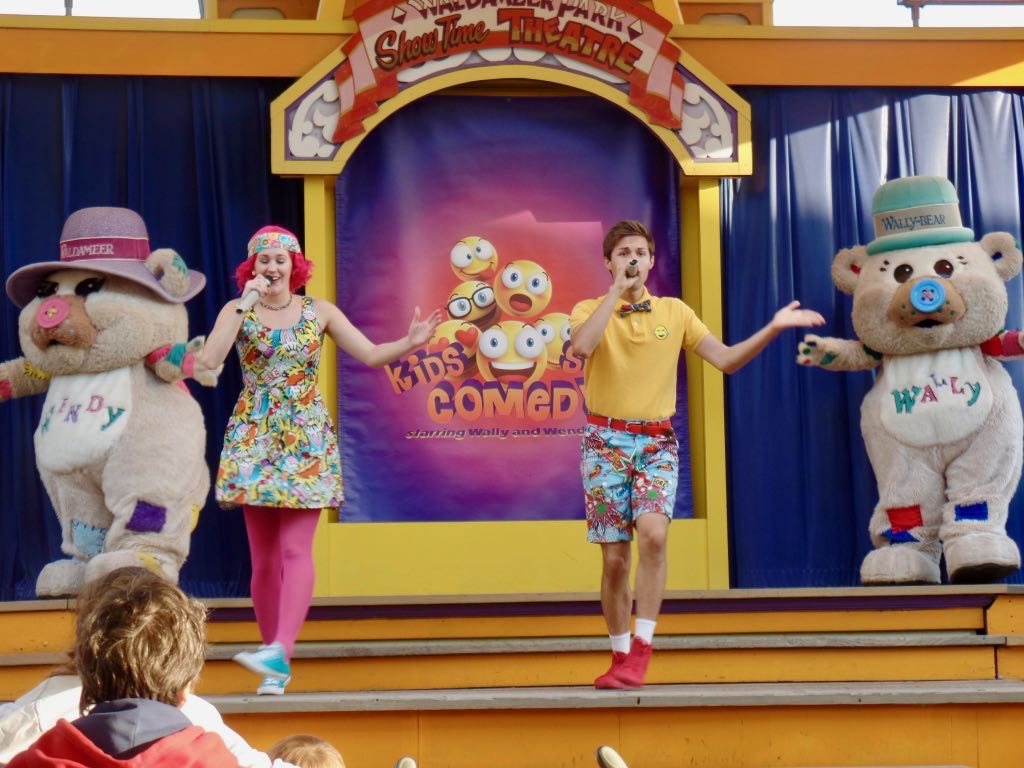 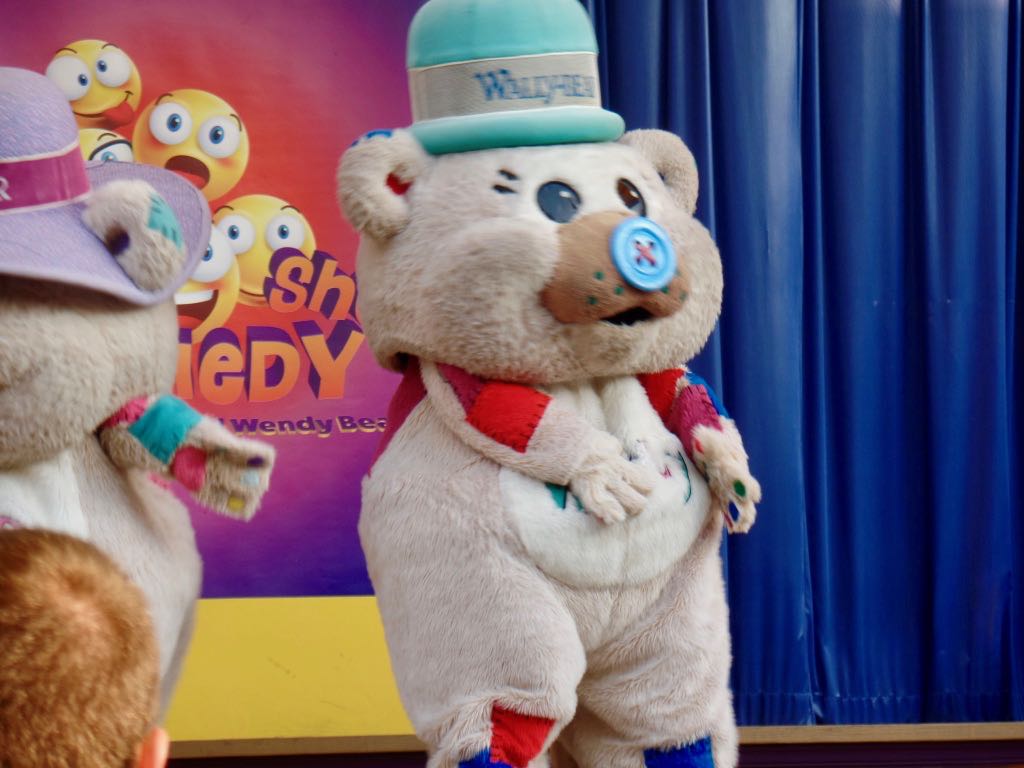 This is how I look when I dance. 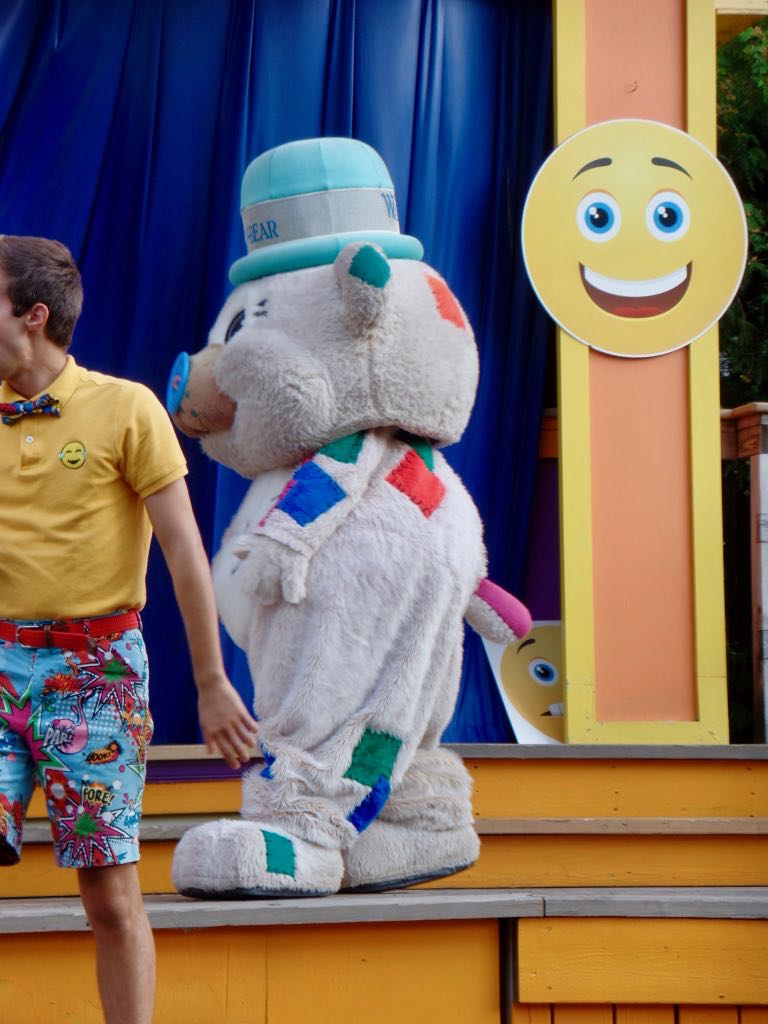 This is how I look when I've noticed how I dance and have decided to go in and not embarrass anybody further with my awkward, poorly-controlled motions. 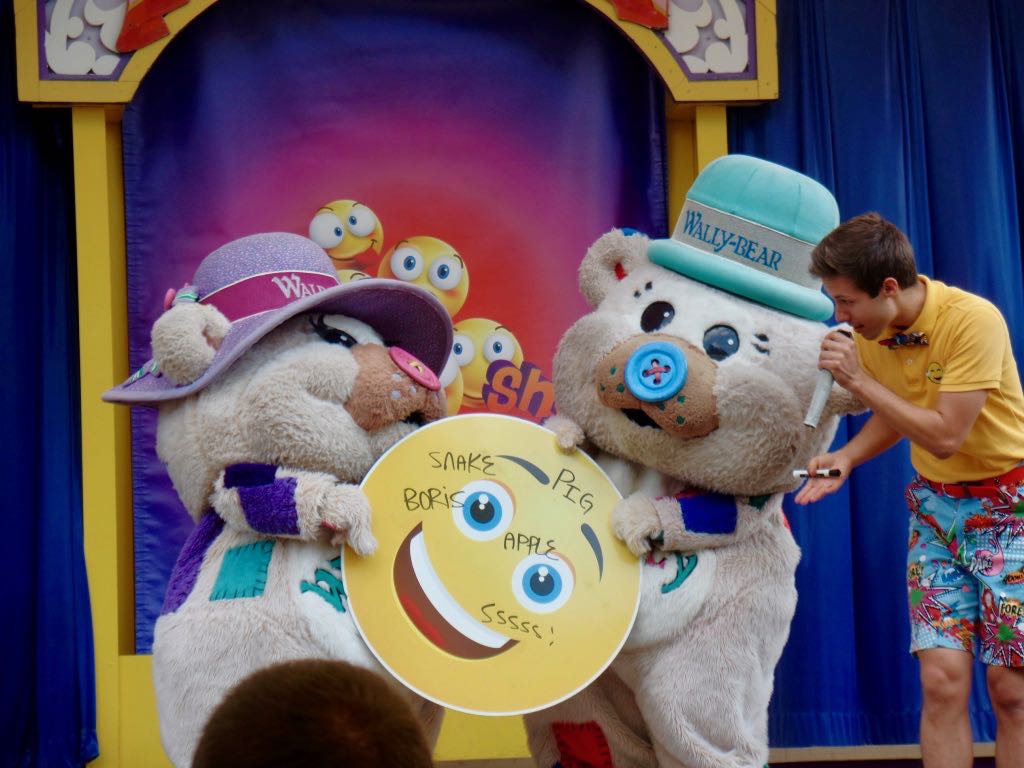 So part of the show was about calling out for words and sounds from the audience, which were put together on the smiley to compose ... some kind of narrative. 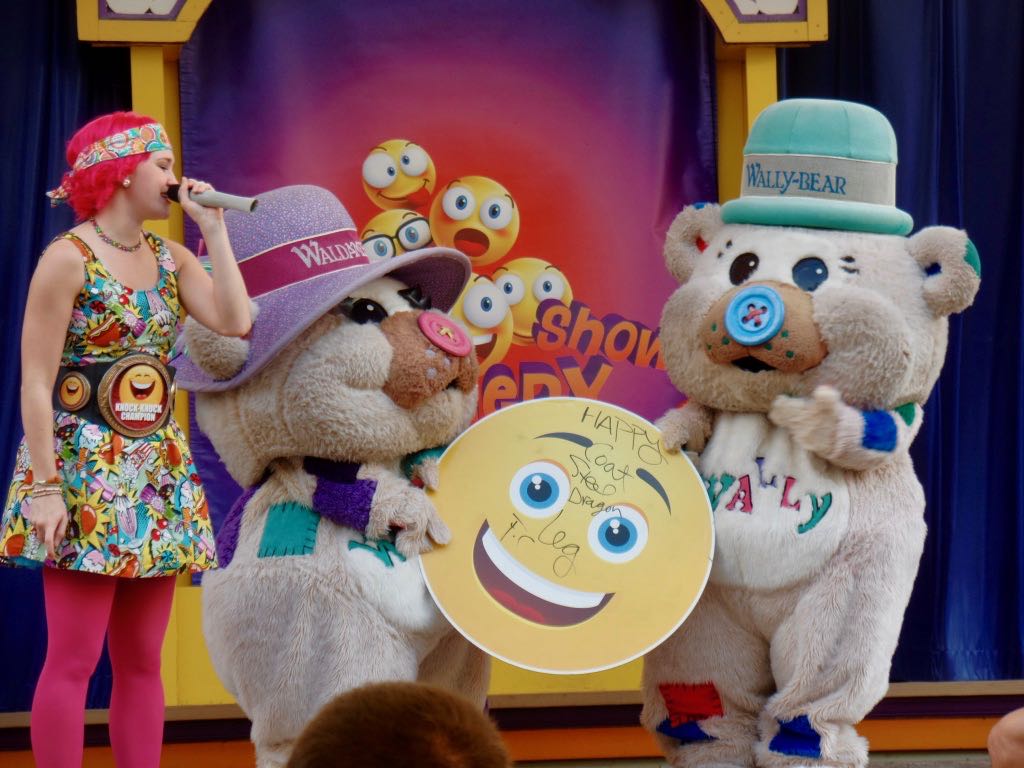 They did this Mad Libs thing twice and I could not tell you what the narrative composed was. But it did at least feature Steel Dragon, so that's something good. 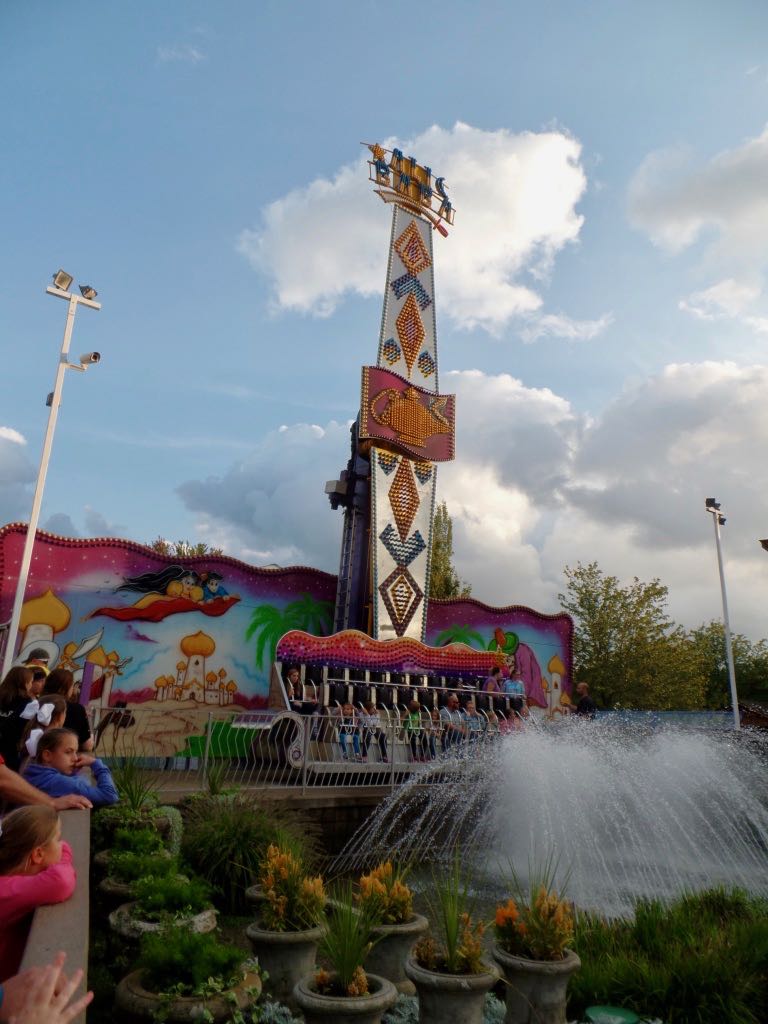 Ali Baba, their swinging-pendulum gondola ride. One of the longest lines we waited for, too. It's tucked behind the theater and some of the midway game buildings, but it's got that nice water fountain and garden in front of it. 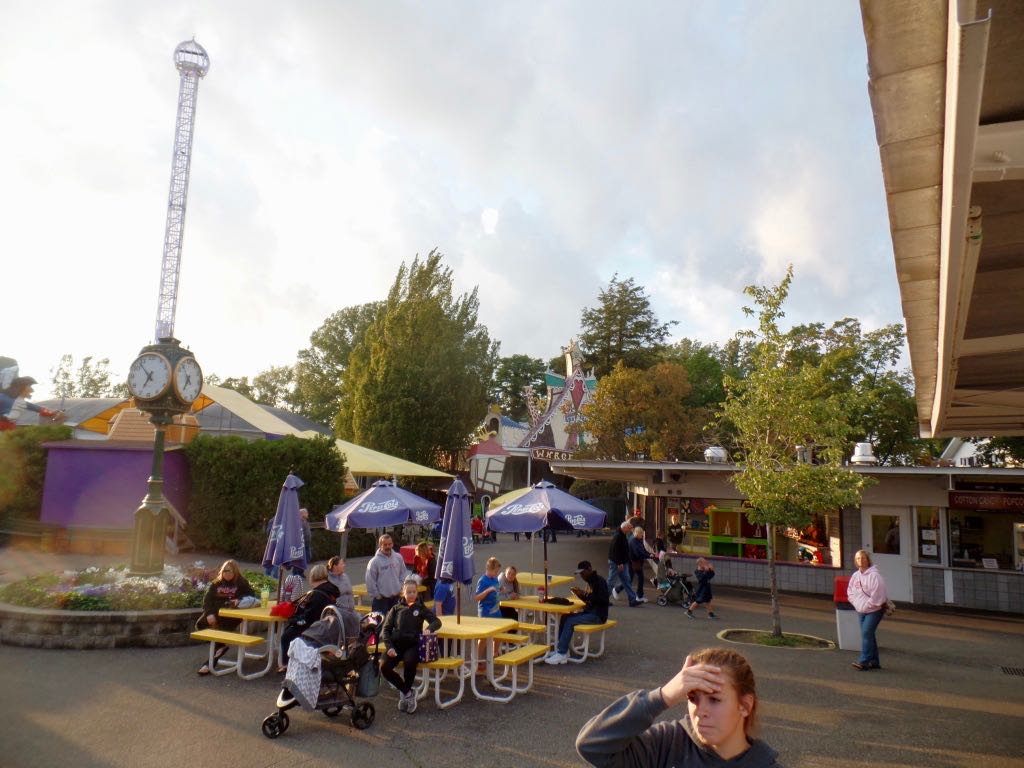 Looking back from the Ali Baba toward the Whacky Shack, as well as a pizza stand, a clock (not the one by the Disk'o, named the Mega Vortex by the way) and a drop tower. Afternoon light is great for amusement parks. 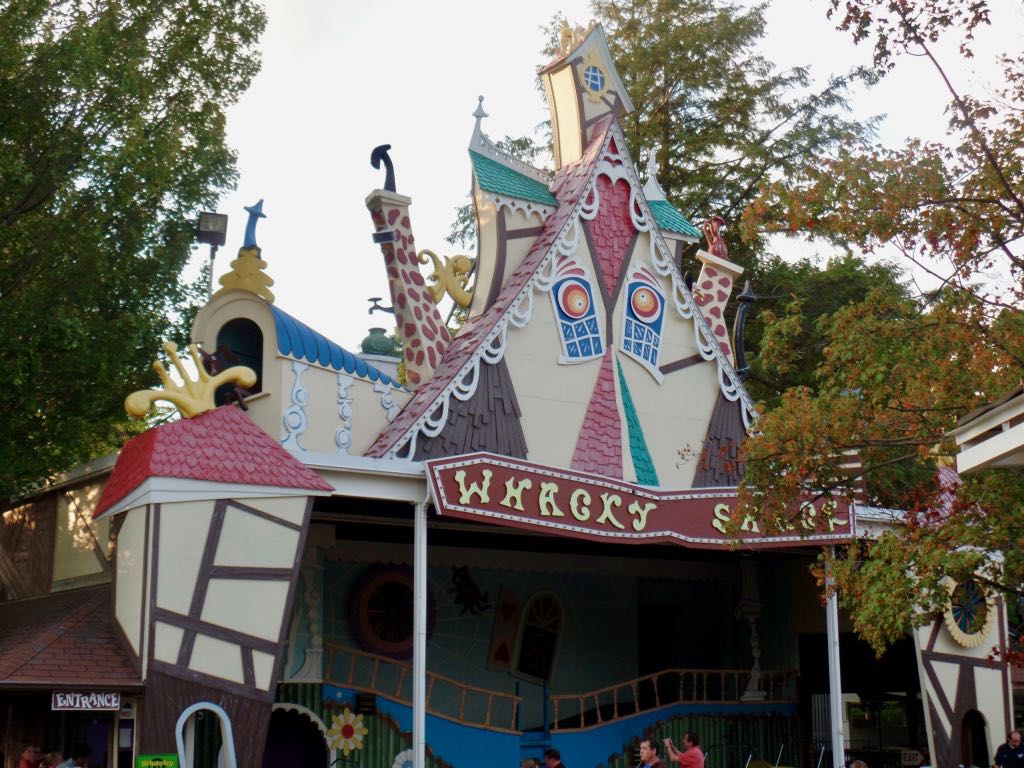 The Bill Tracy-designed Whacky Shack, a funhouse ride with a lot of fun stuff, including optical-illusion windows on the front there and props swinging in and out atop the roof line.

Trivia: Fighting broke out between American troops and Filipino freedom fighters on 4 February 1899. Within two days the Senate finally ratified the annexation of the Philippines, 61 to 29. Source: 1898: The Birth Of The American Century, David Traxel.