If you know me, you know I sometimes don't link to everything my humor blog ran the past week. But this is the day of the week I usually do.

And now I can get really into the swing of things with Halloweekends 2017 pictures. Wow, these photos are running behind things. Well, one cure for that. 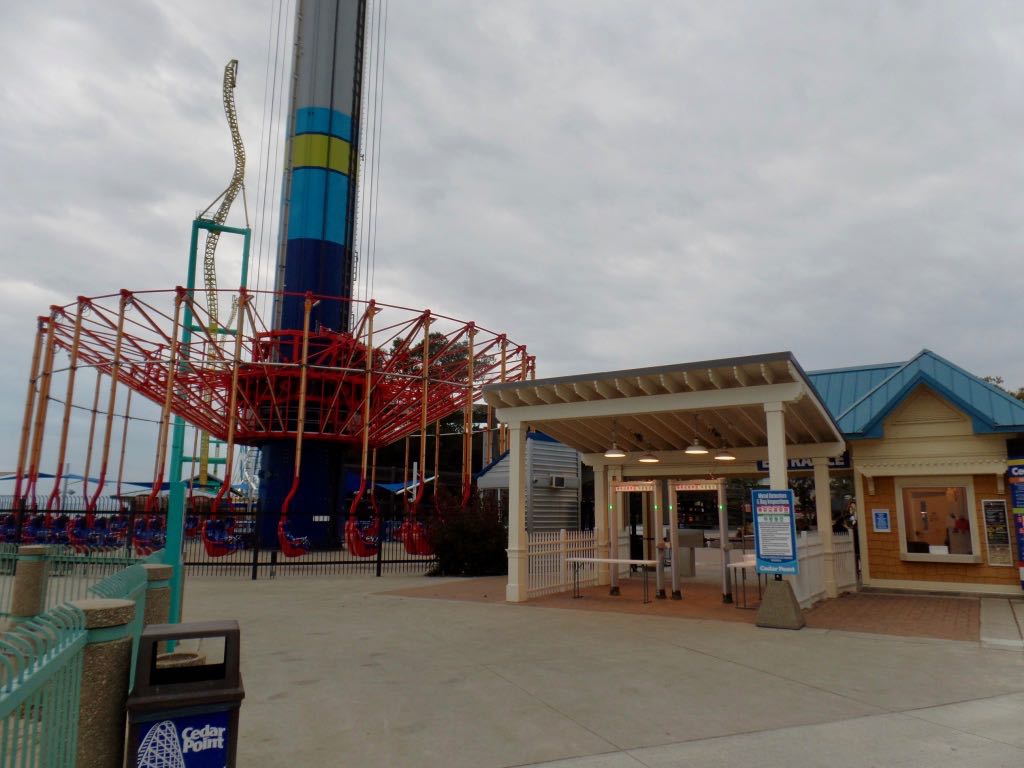 The Beach Entrance, which is far from the largest and, at least when we went through, was sufficient for demand. To the side is Windseeker, which was closed for the day due to high winds. It's one of many rides that can't operate against a strong wind. 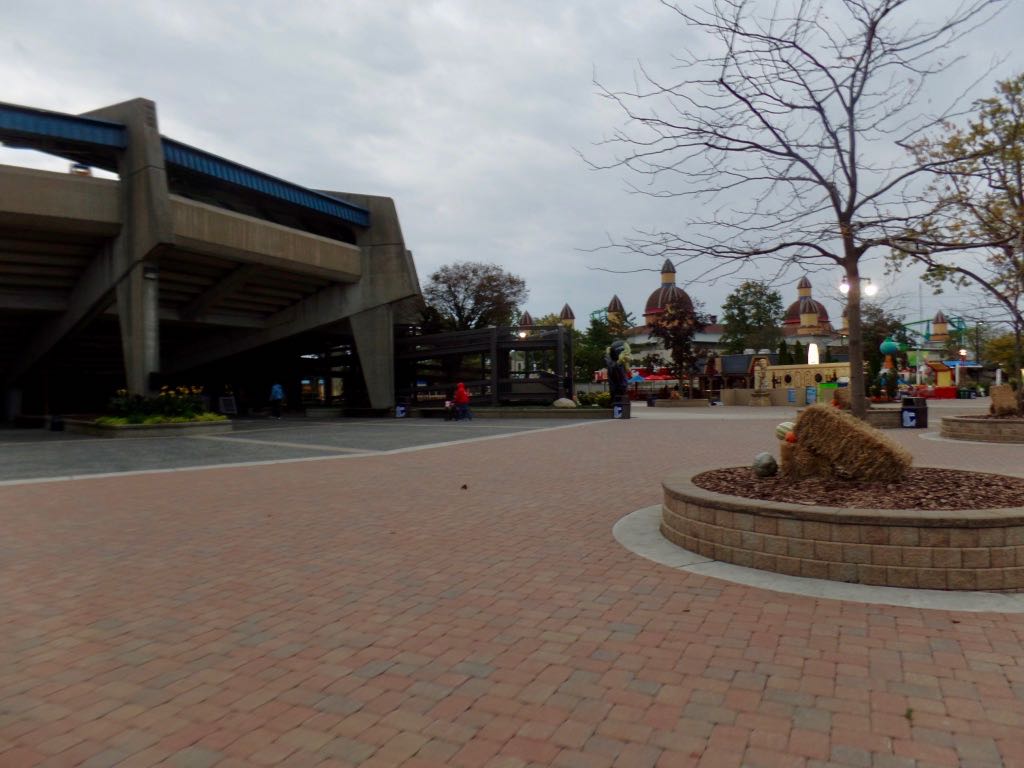 Just inside the park from the Beach entrance. On the left is the concrete Aquatic Stadium, which, when it was acceptable (in the 80s) housed dolphin shows and stuff like that. It had been used for diving and similar stunt shows in recent years, though we'd never been to one there. And this would be its last season, something neither of us knew at the time. 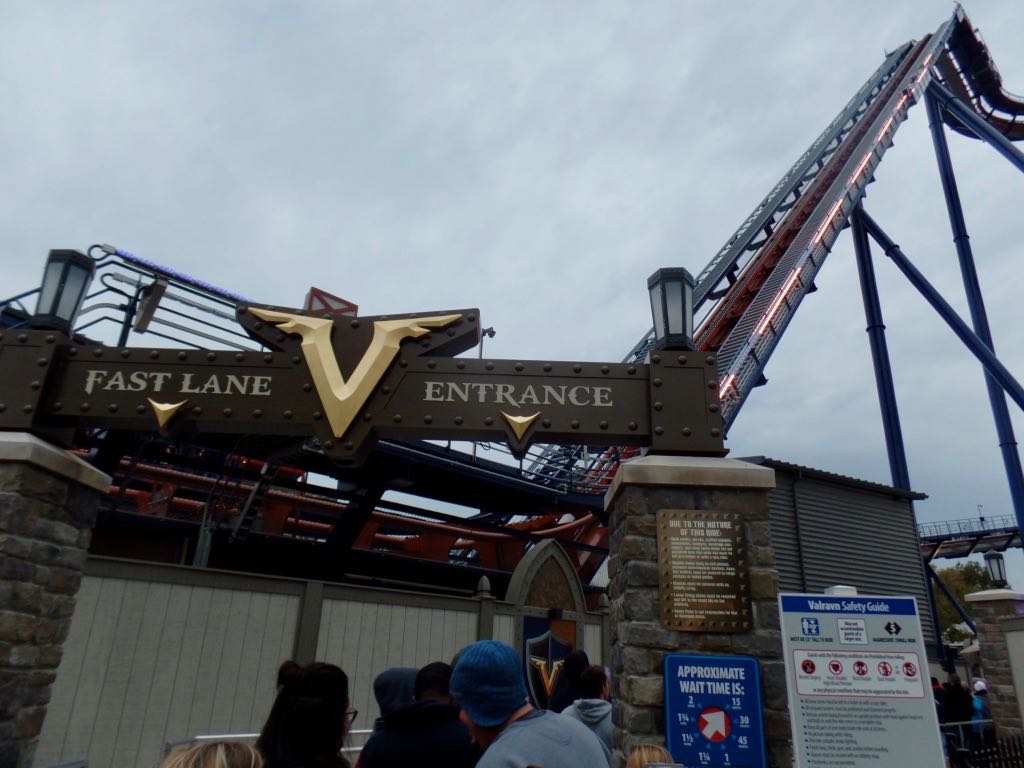 Entrance gate and the main lift hill for ValRavn at an angle I don't think I've used before too many times question mark. 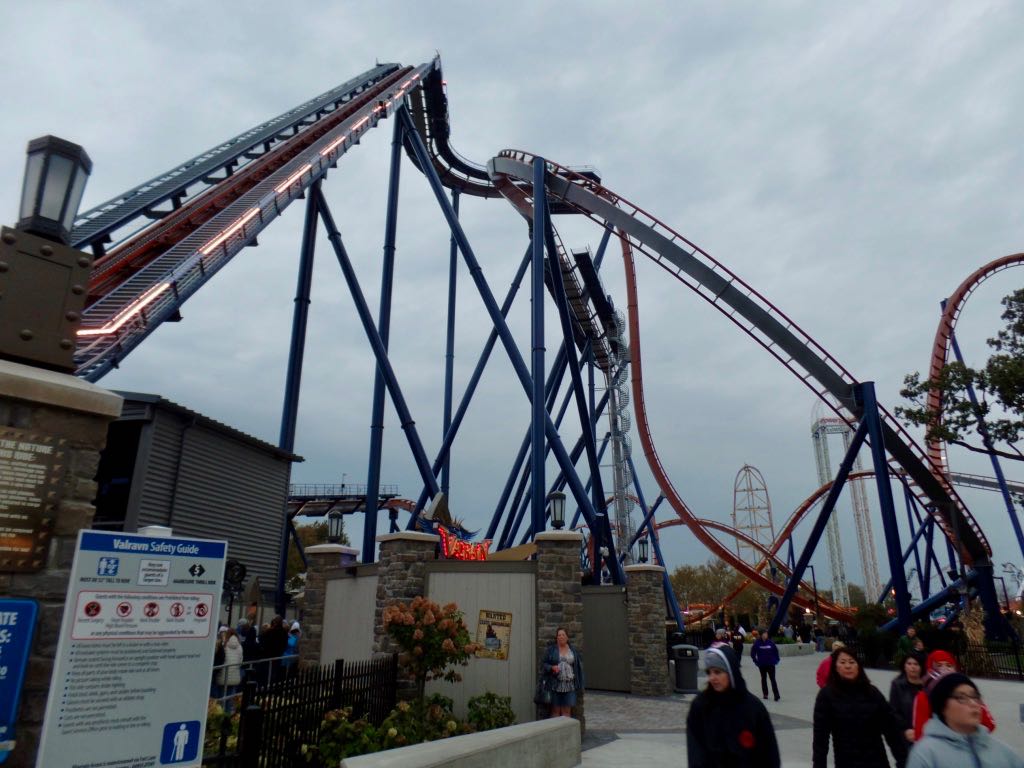 Both of the big drops of ValRavn, which stops the car as it's ready to drop down the hill and lets people savor the altitude a few seconds. 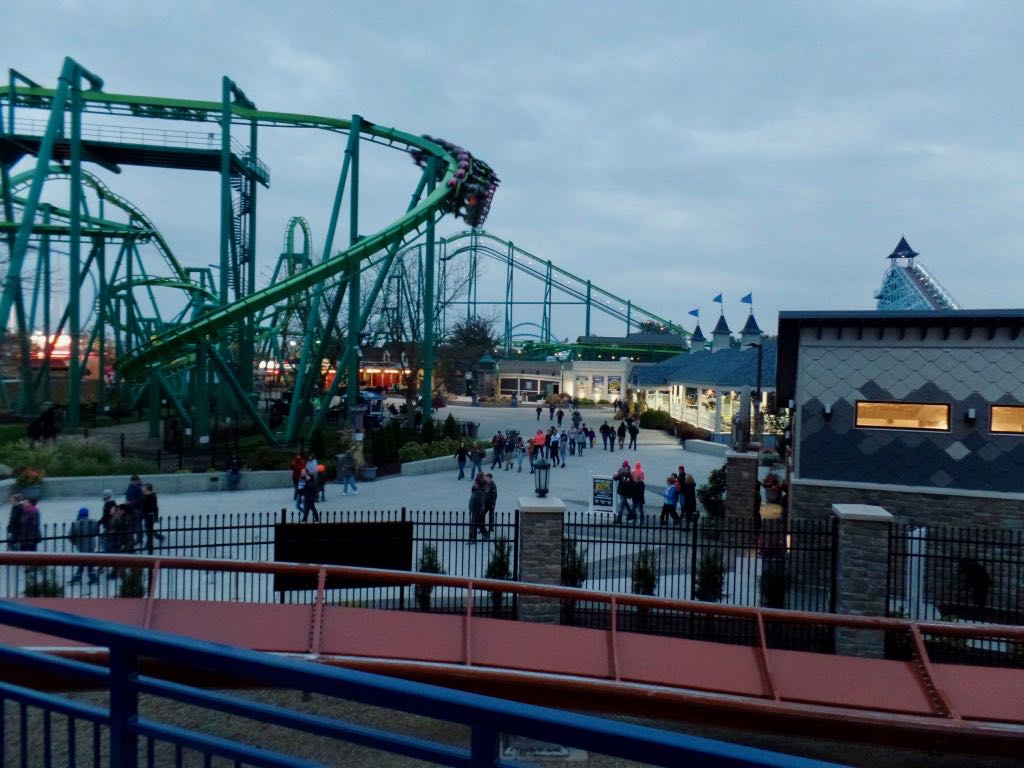 View from ValRavn back at other roller coasters. Raptor is the green one with the cars coming around that curve. Blue Streak is the little ... blue ... one on the right. In the far distance is a green, curvey banana-shape that's GateKeeper, over the front entrance of the park. 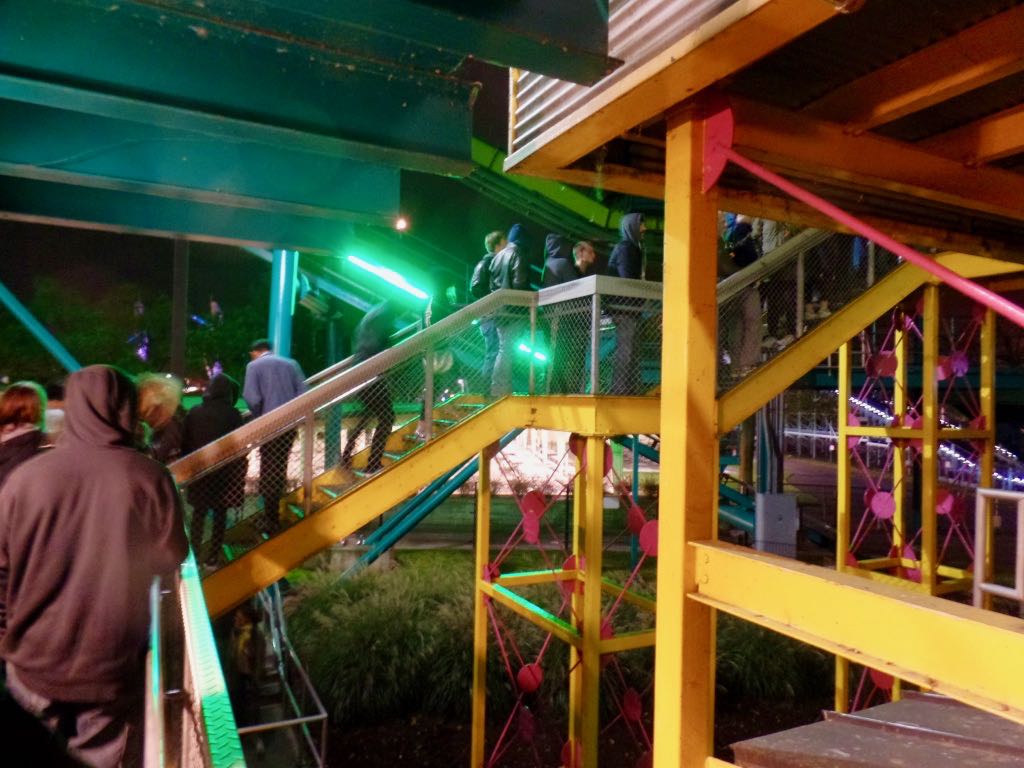 Queue for Raptor, as seen by night. The air was really great for this. 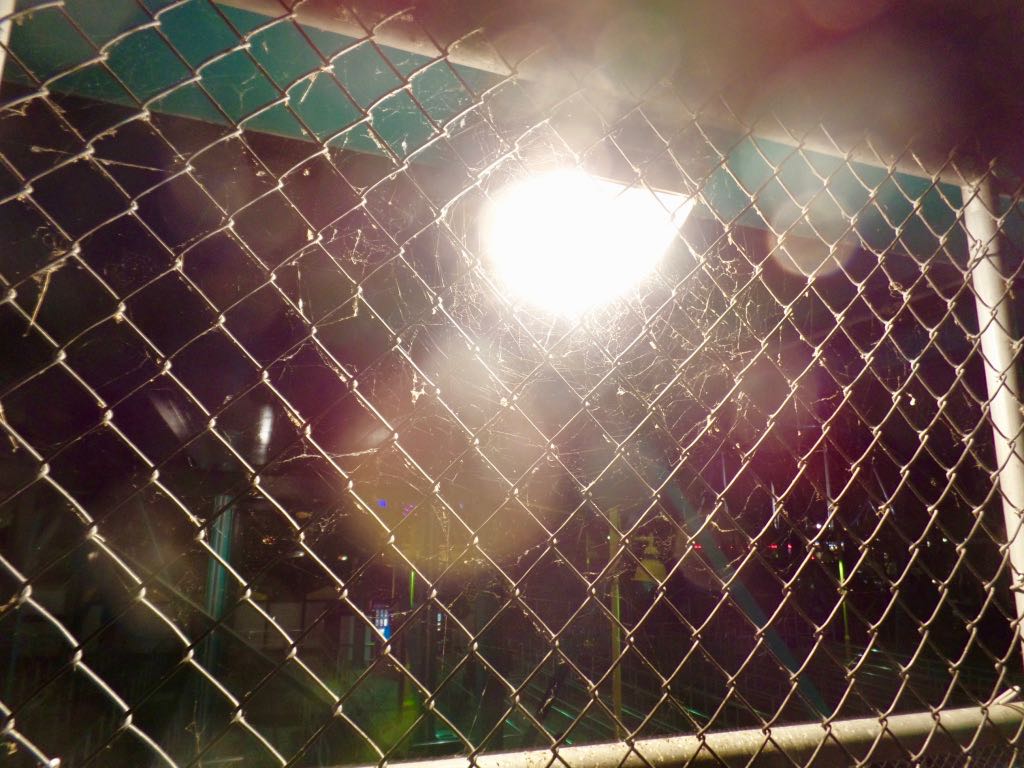 Spider web at the Raptor queue, built right up beside one of the queue lights. 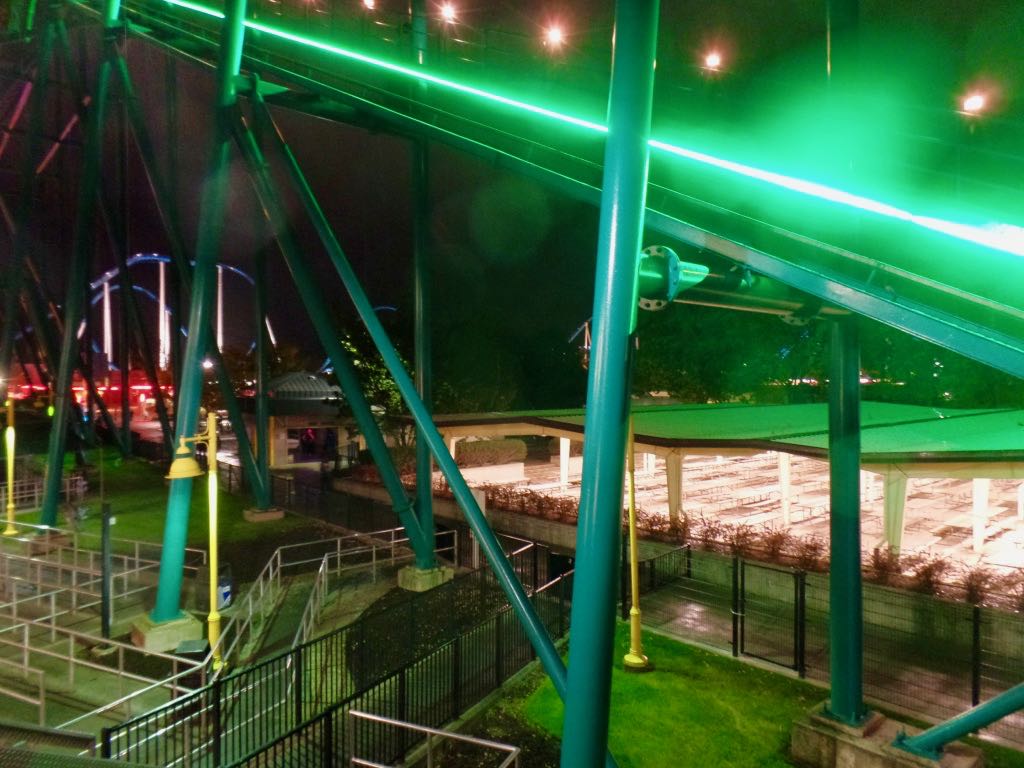 Lift hill for Raptor, with one of the pavilions --- sporting that great 50s zig-zag roof style --- lit up below that. 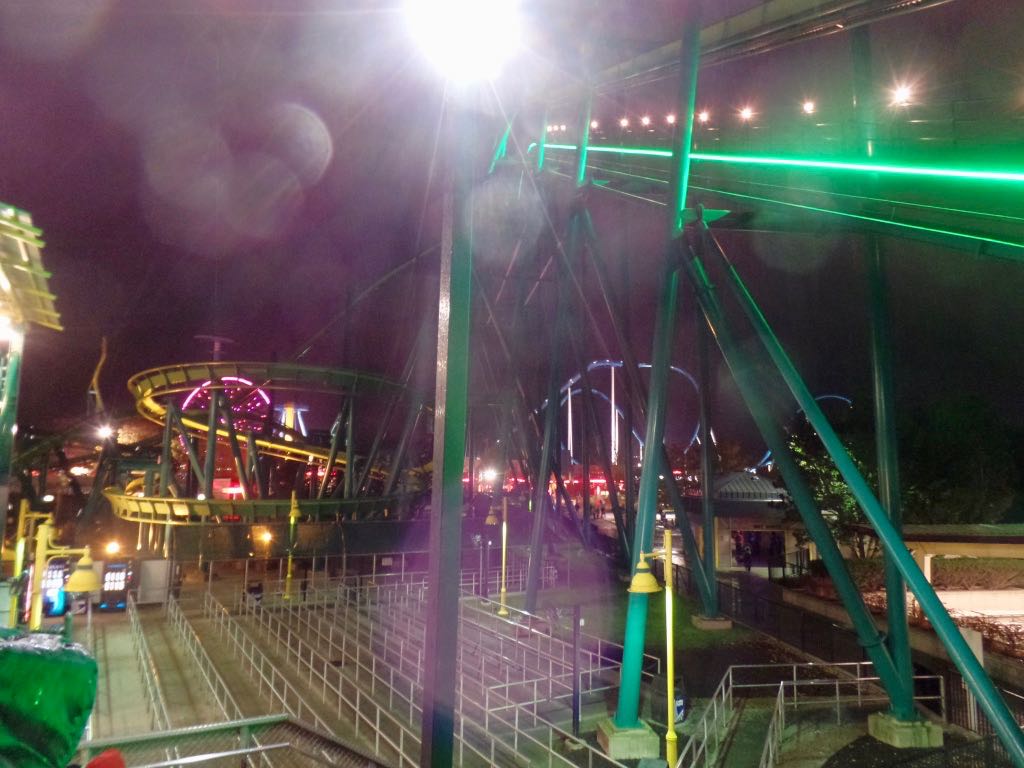 Another view of the Raptor lift hill, and one of its helixes. In the distance on the right is GateKeeper and just off-camera to the left is

bunny_hugger demanding to know when I'll clean my camera lens. It will be ... May 2018? 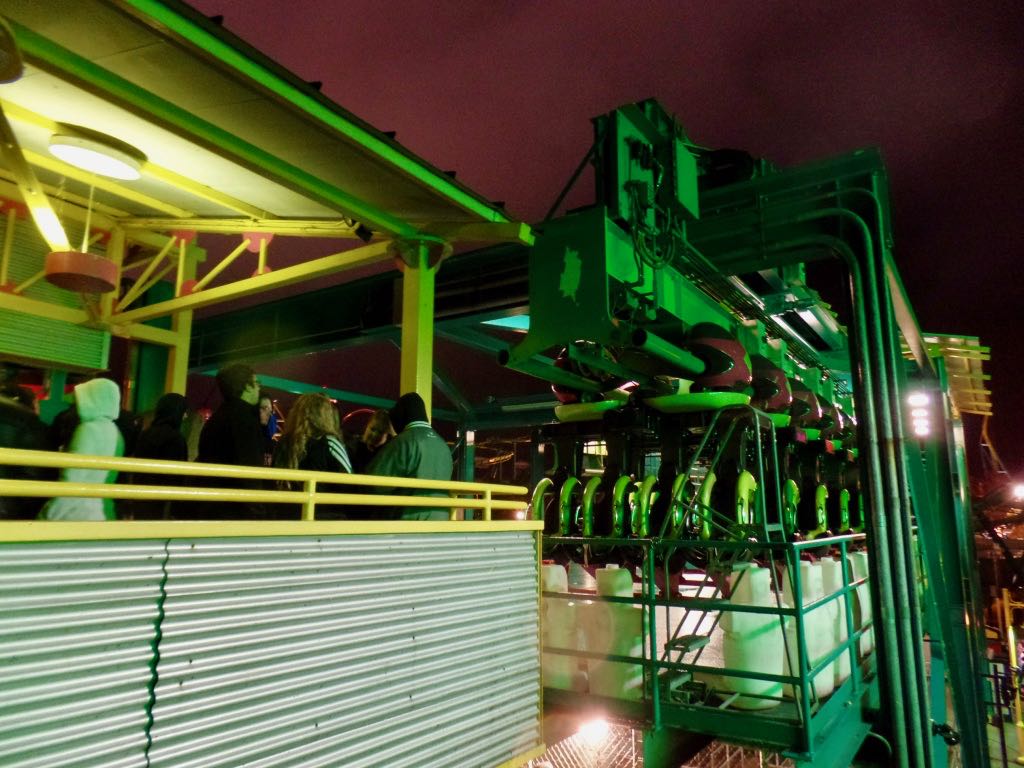 Extra train for Raptor, which was about to get transferred over and put into operation for the ride. 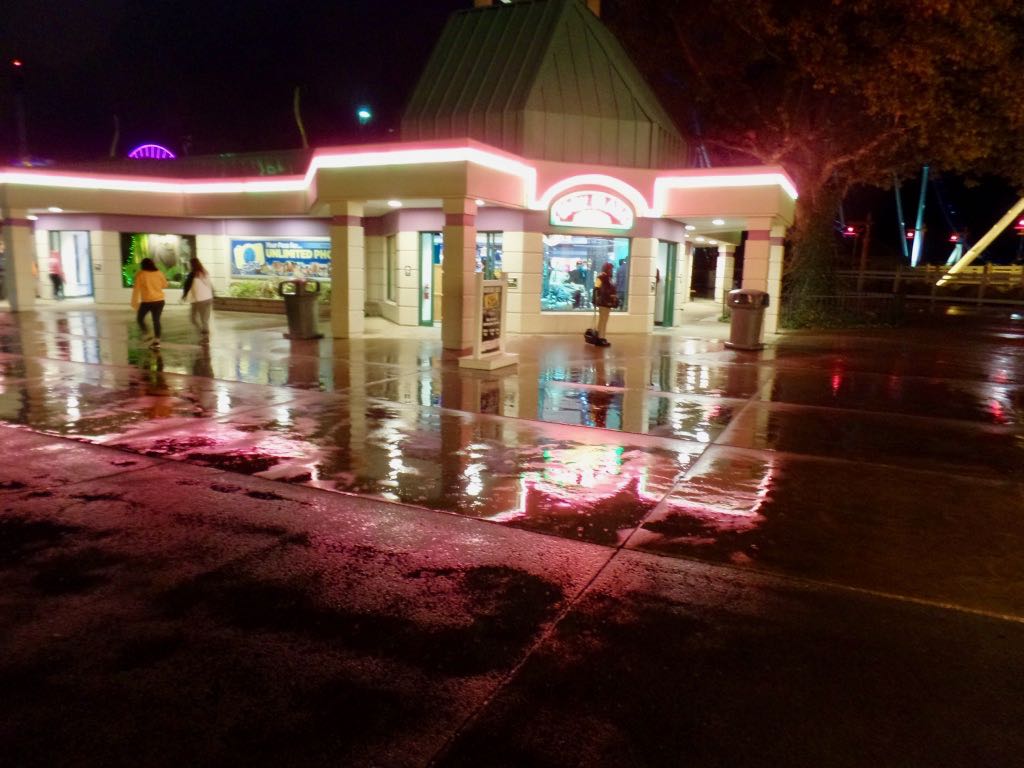 One of the gift shops up at the front of the park, near the Midway Carousel. It had been raining a fair bit and the good side of that is smaller crowds and better night photos. Ride operator standing still while the Midway Carousel gets up to speed.

Trivia: In Athens of about the fifth century BCE the name of the third month of the year was Boedromion. Source: Mapping Time: The Calendar and its History, EG Richards.

Currently Reading: The Inner Game of Tennis, W Timothy Gallwey. The book is honestly filling me with this warm fuzzy nostalgia for late-70s pop psychology with its talk about programming your inner com-pew-ters and looking at the self and your esteem and identity and what the point of competition even is and all that.