So here's a bit of news that made me say, ``But we just got pinball legalized in Oakland!''

Online gamblers have started taking bets on the outcome of pinball events. Here's the list of odds given for some set of events at MyBookie.ag, a sports betting site hosted in either Antigua or Barbuda. I have no idea what any of this means, but the point is clear enough.

I feel like it's almost a sure thing there'll be pinball the 1st of August but ... maybe they know something I don't?

On the one hand it's flattering that pinball is now big enough that it's worth having professional gamblers on. One of the things any competitive event has needed, historically, to get big has been gamblers getting in on the results. Gamblers insist on professionalized refereeing, accurate scorekeeping, and reliable record-keeping.

But then there's the other hand. First is that this comes as the last municipalities in North America repeal laws that reflect the early days of pinball when the machines really were slot machines with a tilt bob. Second is that this means it's much more plausible to make money gambling on pinball than playing it. This is how you get points-shaving scandals and thrown World Series games. And pinball is really easy to points-shave on; every single player has occasionally let the flipper drop when they shouldn't and watched the ball roll out of play and feel stupid. A (say) $250 payout would take the bite off that.

And then another thing. Having money on pinball means people with money are going to watch pinball games. Right now tournaments, even pretty major ones, are filled with conflicts of interest. There are people hosting tournaments who are also refereeing them, bringing their own games, and playing in the games. Last week at Lansing pinball league I had to make a ruling about a game issue involving

bunny_hugger. I could find chapter and verse in the official published rules to support my ruling, and I got a second person's judgement, which agreed with mine. That second person was MWS. He didn't know he was ruling on

bunny_hugger's game, but he has to have suspected since why else would I be asking his judgement? This is all fine for our league, when there's not much more at stake than seeding for our season-ending tournaments. But when there's a real lump of money on the line? And it gets worse than this. When the players work for the company that made the pinball table? When the players designed the table layout and wrote the scoring rules? And are refereed by their friends who also work for the pinball manufacturer?

These are things actual sports went through, of course. Successful ones professionalized in their ways, particularly with clear divisions between equipment-makers, and referees, and players, and management. Competitive pinball hasn't been big enough to support those divisions. This, though, is one of those signs that pinball will have to sort it out, and get less casual, and sooner, if it's to avoid serious fiascos.

Trivia: The 1921 census of the United Kingdom found about 5,200 chauffeurs in private service. Source: Servants: A Downstairs History of Britain from the Nineteenth Century to Modern Times, Lucy Lethbridge.

PS: Let Me Tell You How Interesting March Madness Could Possibly Be, which is not just recycling some information-theory posts from past years, but you're going to have to look and see what's new. All right, it's a comic strip.

PPS: And some more of the Halloweekends. 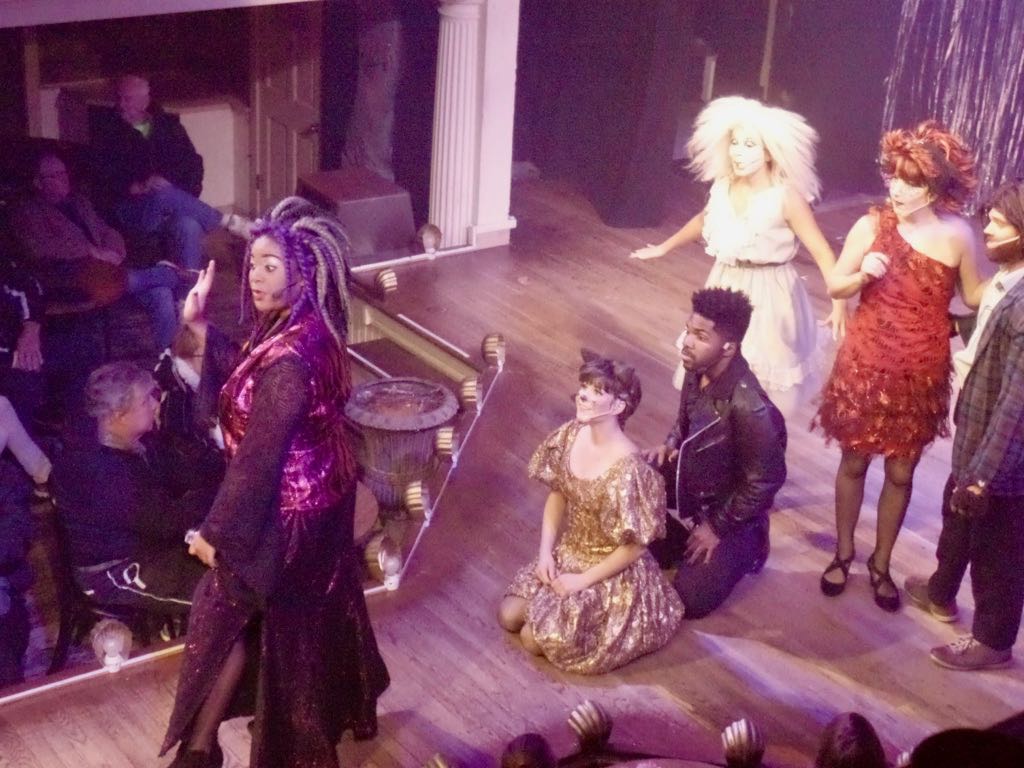 Good energetic moment of singing during the show. Also a decent look at some of the monster makeup. 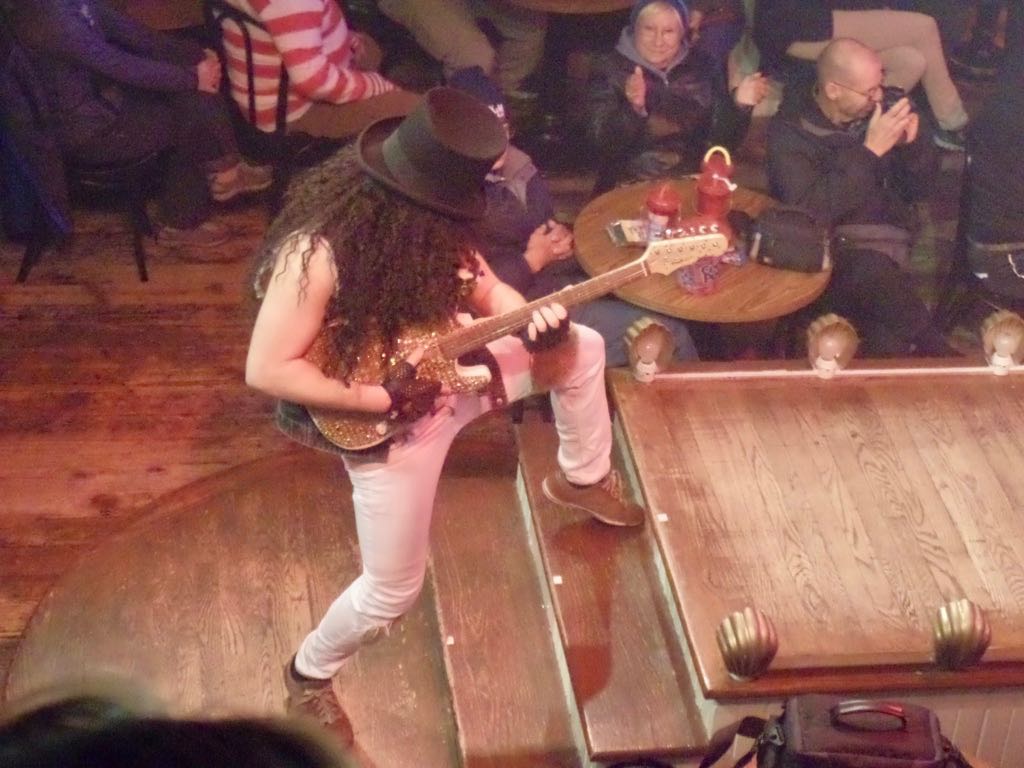 And oh yeah, it wouldn't be an 80s High School Movie ... but Monsters if we didn't get an appearance by Waldo, would it? 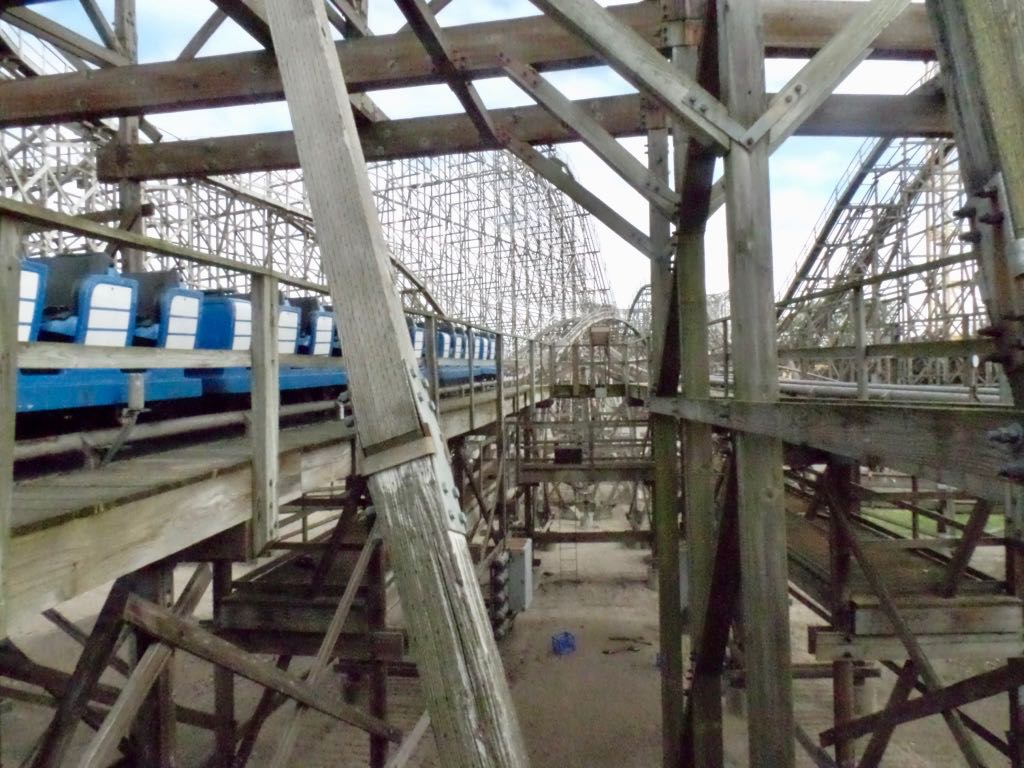 The return leg of the Gemini racing roller coaster. Only the red train was running, a common state of affairs on a low-volume day like late-October Halloweekends usually are.