My mathematics blog came darned near complete collapse this past week, owing in part to all the time spent on nature in and around our house. But then I remembered I could reblog a thing, so I avoided it entirely falling apart. Here's what I had:

The next thing in our march through 2017: getting our Christmas tree! 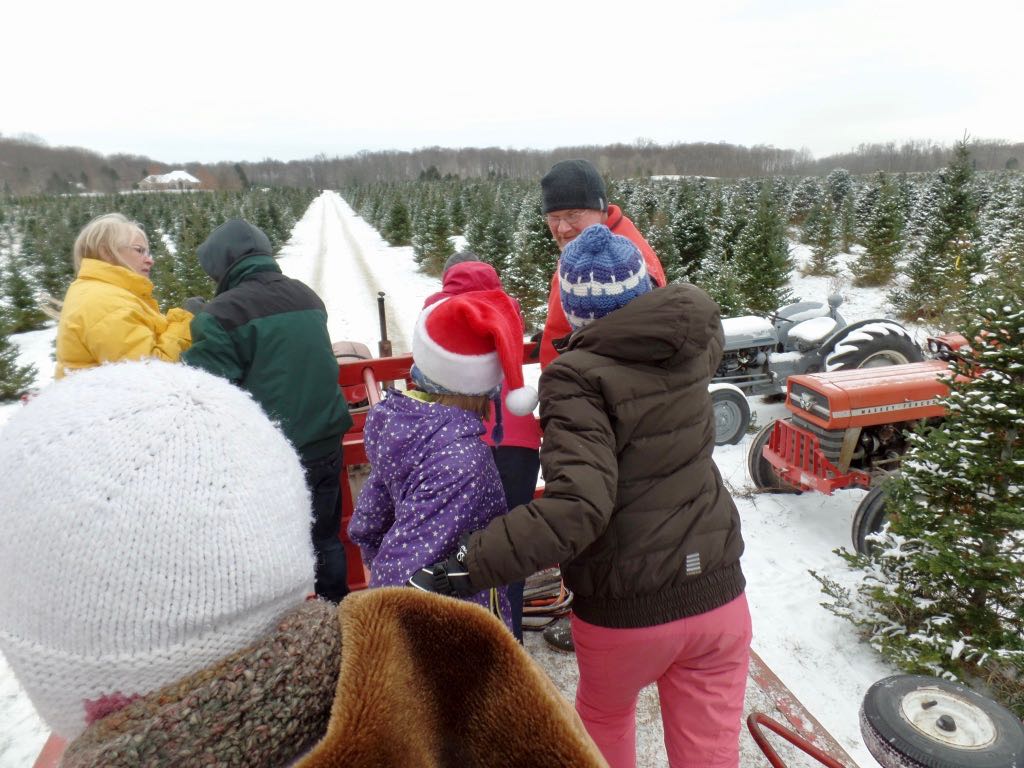 We got out to the Tannenbaum farm in mid-December, the better to have a tree live through New Year's and also the first weekend we possibly could. This meant once again we were there when it was rather cold and there was a fresh layer of snow. 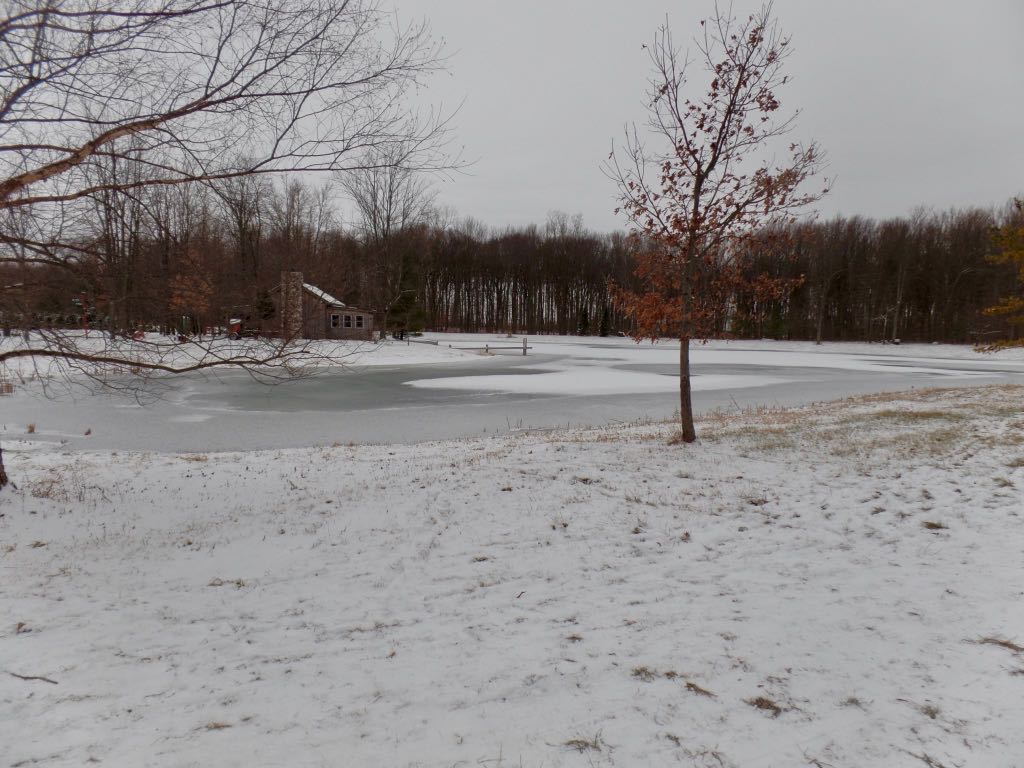 A house and a frozen pond over at the edge of the tree farm; I don't know if they're the family's or if they just happen to be next door to a Christmas tree farm. 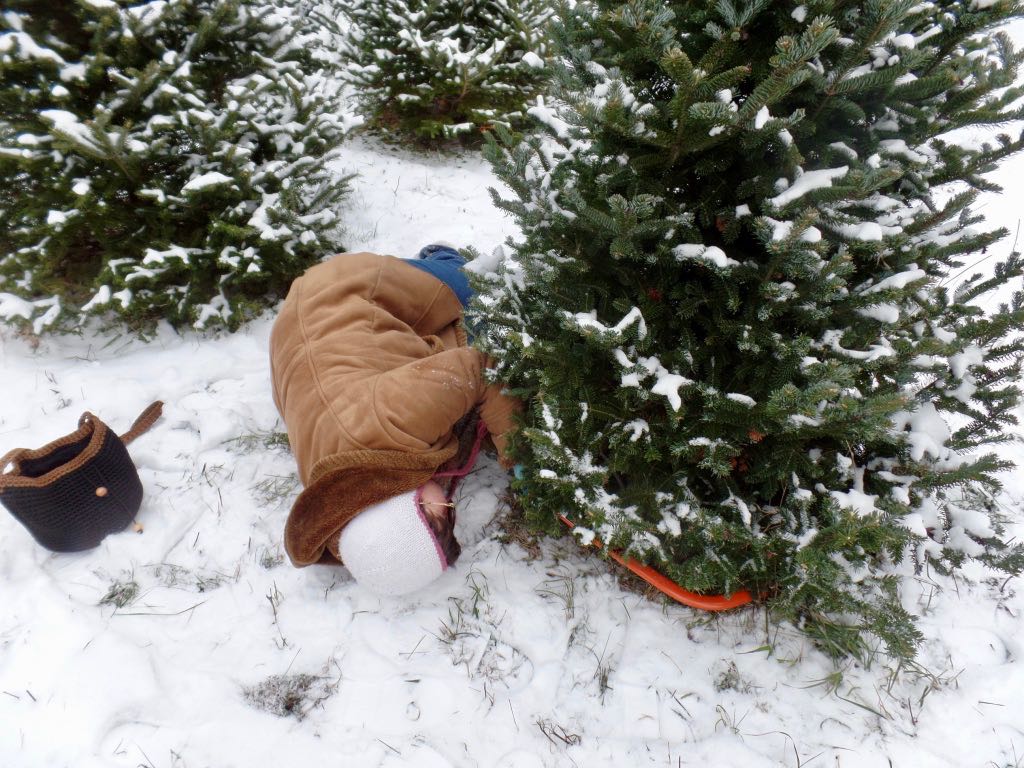 We found our downstairs tree for the year just laying there, already cut down, with snow on it so we were confident someone had somehow abandoned it despite its perfection. But we also wanted a tree for upstairs, and we had a new hacksaw that we brought ourselves, and

bunny_hugger was eager to try it out and discovered it's really easy to cut down a tree when you have a good, sharp saw. 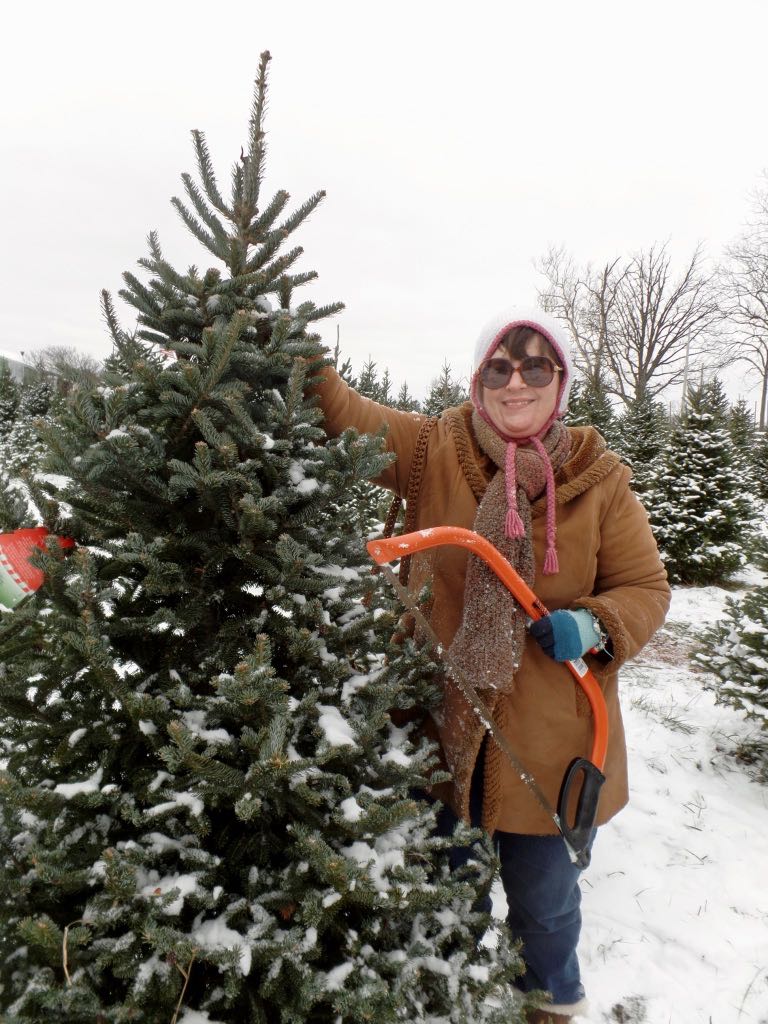 bunny_hugger proudly showing off her trophy. 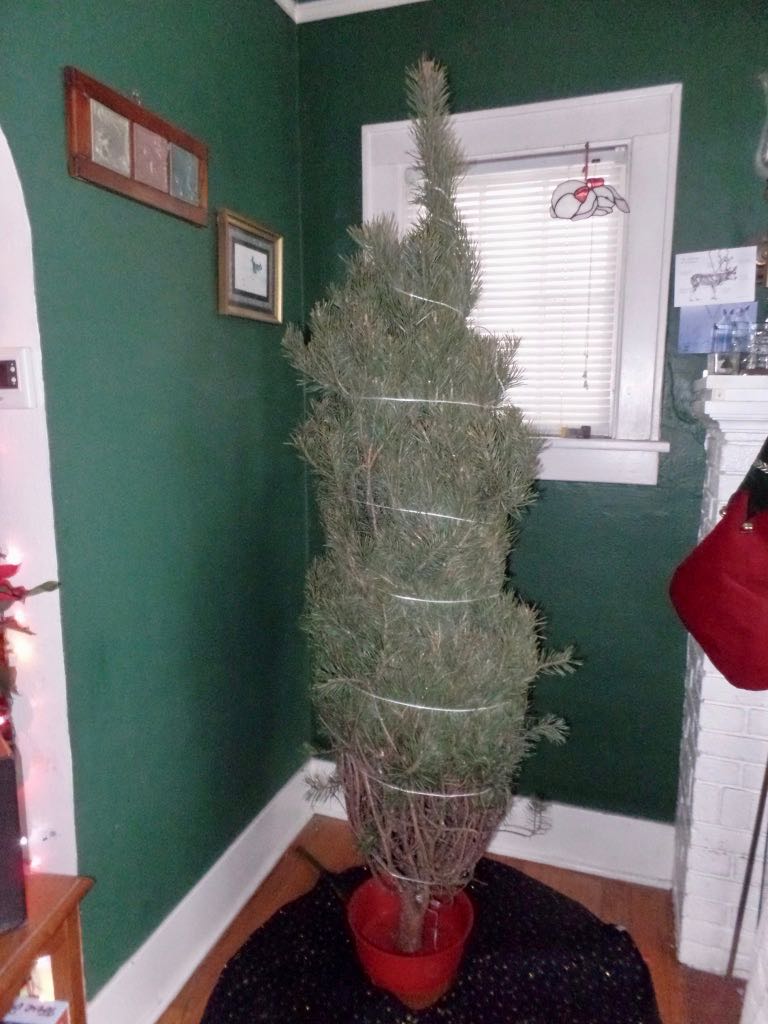 The downstairs tree, all bundled up, waiting for release. 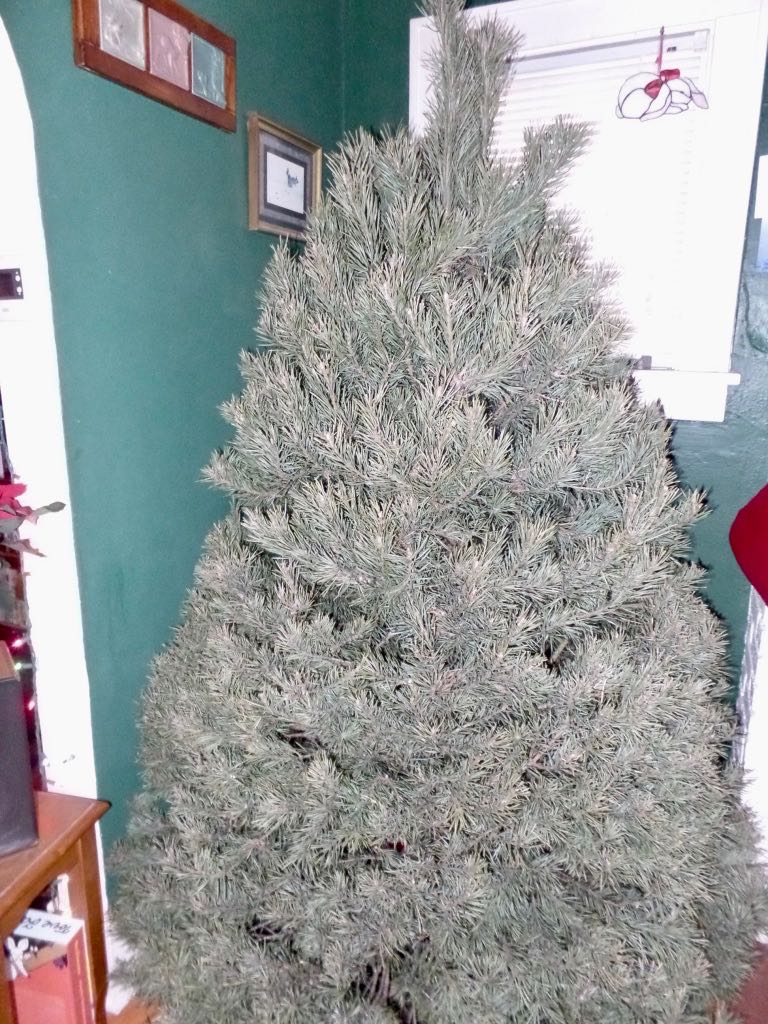 Seconds later, the tree, unfurled after we cut the string. 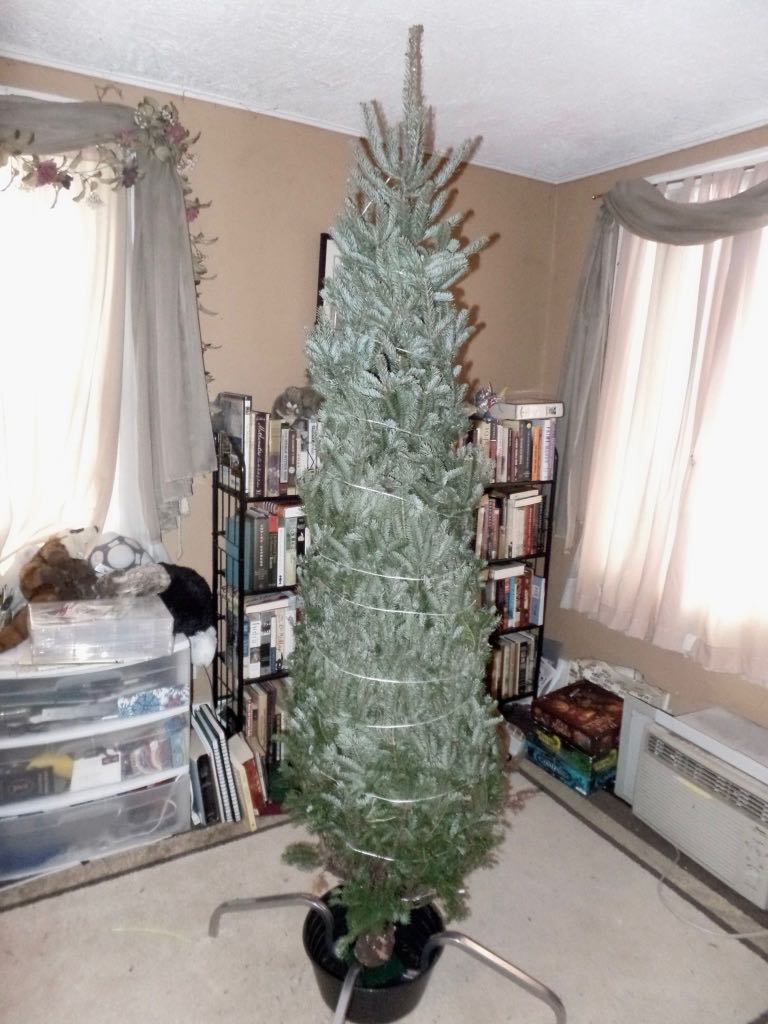 The upstairs tree, similarly poised and waiting for release. Also with our new tree stand, one that has a center spike. This lets them drill a spike in the tree trunk at the farm, so there's no need --- or use --- to fiddling with shims and screws to balance the tree upright. Also the water bucket is independent of the stand that holds the tree up so it's easy to take the tree down without spilling water everywhere. 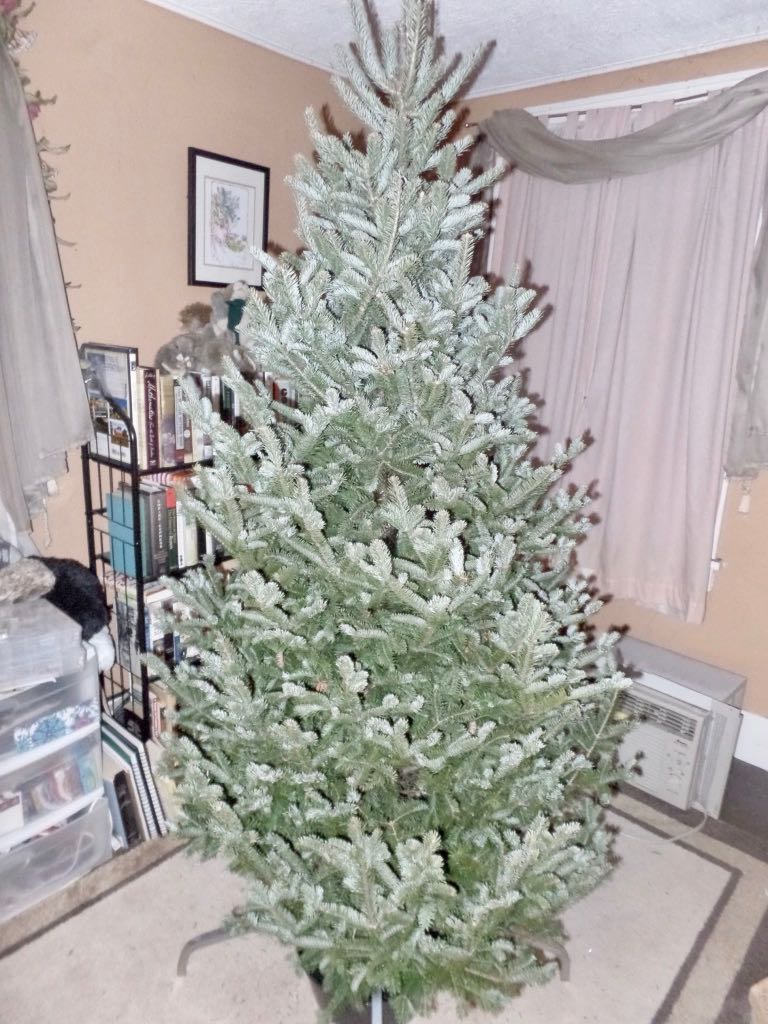 The upstairs tree, unfurled and undecorated and blocking access to the books I use to get those snappy trivia items of the day. Can you spot my copy of The Power of News: The History of Reuters there? (Second shelf from the top, about three books in; it has a two-inch-thick red stripe at top and an otherwise black spine. It's next to the fat, black-spined Empire Express on the left, and some white-spined books on the right.) 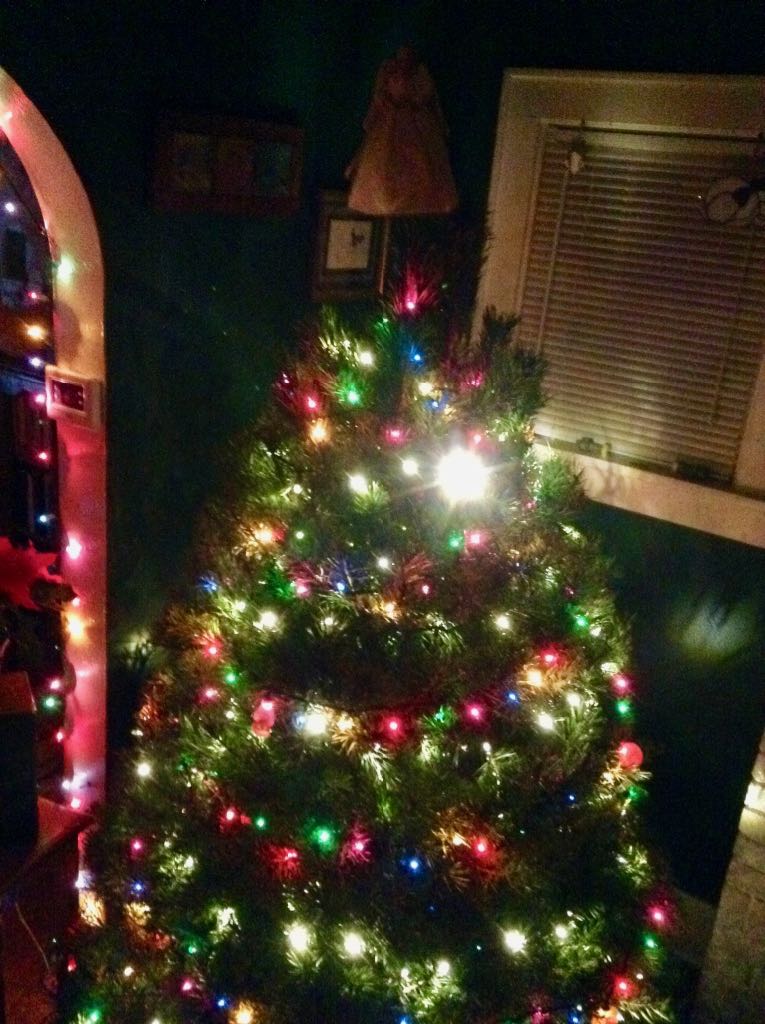 Our downstairs tree, illuminated though not decorated, and as seen at night. This was the first time we tried LED white lights, which is why they have blazing spotlights boring holes in the wall.

Trivia: The Mobilization Act, passed by Congress the 22nd of April, 1898, authorized the use of National Guard units and the recruitment of 125,000 volunteers for war with Spain. Source: America's Wars, Alan Axelrod.