It was getting near the last hours of Sunday and somehow we still hadn't been to the Dealers Den. So we started that hike. The Dealers Den, and Artists Alley, were in the ``Executive Meeting Center''. It's this little corner of several conference rooms, themselves in another corner. It seems like a great spot in terms of access control; both the rooms and the whole area is securable, and there's a good bit of space. Several rooms for each of these purposes. But it's also well off from the main part of the hotel, into some ... other ... part of the hotel, and up the stairs, and past the indoor arboretum that's great to look at and that we were warned to not even THINK about going in. The Dealers Den seemed to be not very crowded, when we visited, but that's likely the result of the late hour. We got there, literally, in the last hour the Dealers Den would be open. We never even got to the Artists Alley, any of the three rooms.

But we stowed what we did get --- including our con swag, T-shirts and drinking mugs, from the con store which was on the far end of the hotel from the Executive Meeting Center --- in the car. And then, well,

bunny_hugger was feeling the fatigue of the previous week, and the short, uncomfortable sleep of the weekend, and all that. We found a chair in the lounge where not too much freezing air blasted in too often, and she napped while I caught up on comic strips on my iPod.

And then it was time for Closing Ceremonies to start, so we went to the main events hall, where Closing Ceremonies weren't ready to start. Whatever was happening ran slow, so, they continued the previous event. Some kind of bomb-defusing video game. One person would describe what they saw, another peson would look up clues about what needed to be done. Seems like a good gimmick. The last round was played with the whole gathered audience as the experts, looking up the game's clues on their phones. The audience succeeded, too.

Closing ceremonies offered the common subjects. The con committee being exhausted, hoping everyone had fun, hoping everyone enjoyed the false fire alarm. The total was about sixteen thousand dollars raised for the New Beginnings Animal Rescue. There were 1610 attendees, a couple hundred more than last year, but not so dramatically more as

bunny_hugger had estimated. She thought there were two thousand people at the con. They didn't have a fursuit-parade count on hand; later, they reported 269.

bunny_hugger's visible front and on the right, i her green Michigan State shirt, in pictures like this one. And closing ceremonies ended with a toss of streamers from the audience out at the stage, arranged by Firr who I guess was Guest of Honor.

Cleaning up the streamers wasn't the end of con events. They'd scheduled an ice cream social for 6:00, which wasn't ready to start anywhere near 6:00. A great long line was instead. It turned out they were also setting up the hot dinner.

bunny_hugger's energy was flagging, so I went to get coffee from the hotel Starbuck's. The hotel Starbuck's, it turns out, was not open weekends, though we would have sworn we'd seen it open Saturday. All right.

I went to the hotel desk to ask where I could get coffee and they recommended the hotel bar/restaurant. I went there. As this would be a simple, easy transaction that involved me, of course it turned into a fiasco.

bunny_hugger would be so extraordinarily glad she wasn't there. She would have died.

I went in. Nobody was behind the bar. Nobody was at the host's station. A couple people were at the bar, not paying much attention to anything. I walked around looking for ... anything? Anyone? Someone else came in. A host come in, asked if I needed anything, then walked past me to the other customer, leading her to a table. The host came back and asked what I needed. I asked for a medium coffee with cream and Splenda, to go. She left without a word. All right. I stood and waited in case of further developments.

Eventually I drifted to the bar. The host came back and asked what I would like. I repeated, well, the coffee with cream and --- and she said, oh, right, the thing the other person had gone for. Apparently there were two people on-duty. And I know this makes me sound bad. I'm terrible at remembering faces, and almost as bad with names. But here I think I'm on not-awful grounds. I saw the two staffers together, later, and they did look quite similar, the restaurant uniform not helping. They looked to me like sisters.

But then she left and all I had was the supposition that this meant someone was working on coffee somewhere, somehow. More people came to the bar. Some got seated. Me, I waited. I thought about, you know, I could just leave. I had my car keys. There's surely a McDonald's in the area I could get through the drive-in at faster than I could wait for this.

One of the hosts brought a little tray of sugar packets, and set it on the bar, far enough behind the bar that I couldn't reach it.

Finally, finally, one of the hosts came out with coffee in a cardboard cup; I had feared I'd get it in a ceramic cup and have to consider stealing it. She left again. There was no cream. The sugar was inaccessible. I thought about just giving up on this, but when the other host came around to take the order of someone new to the bar, she asked if there were anything else I needed. Yes, cream. She disappeared to the closed Starbuck's next door. The other host came around and asked me if I needed anything and all I could think was, an ejector seat?

But finally a host came around with a little plate of creamer packets, and I was able to call out saying why I couldn't reach the sugar that was four feet behind the bar. And the host said not to bother paying, which, I'll admit, was something I wondered since I had nowhere seen any hint of what this all would cost.

I left a dollar as tip, but wasn't feeling it. If there'd ever been a word about what someone was doing, that would've been different, but as it was ... urg.

Trivia: Coca-Cola promised, after the 1911 federal prosecution for its caffeine content under the Pure Food and Drugs Act, to not depict any children in its advertisements. It kept that policy until 1986. Source: A History of the World in Six Glasses, Tom Standage.

Currently Reading: Placemakers: A Brief History of Real Estate Development, Herb Auerbach, Ira Nadel. So, I love a good narrow-focus history and the history of real estate developers/promoters is as good a subject as any when you're just drifting around the library looking for nothing much. But it means you get stuff like this, in a photo caption:

Abraham, by purchasing a burial site for his wife Sarah at what became the Tombs of the Patriarchs, demonstrated the importance of fee simple ownership.

I mean, it may be literally true that ``Leviticus talks about title, ownership and foreclosure; Joshua teaches us how to subdivide land; the Book of Numbers addresses city-planning issues; Nehemiah deals with mortgages and collateral; Job mentions expropriation; and the Book of Daniel describes the real estate developer'', but writing that where anybody can see you is why everybody treated you like that in middle school. 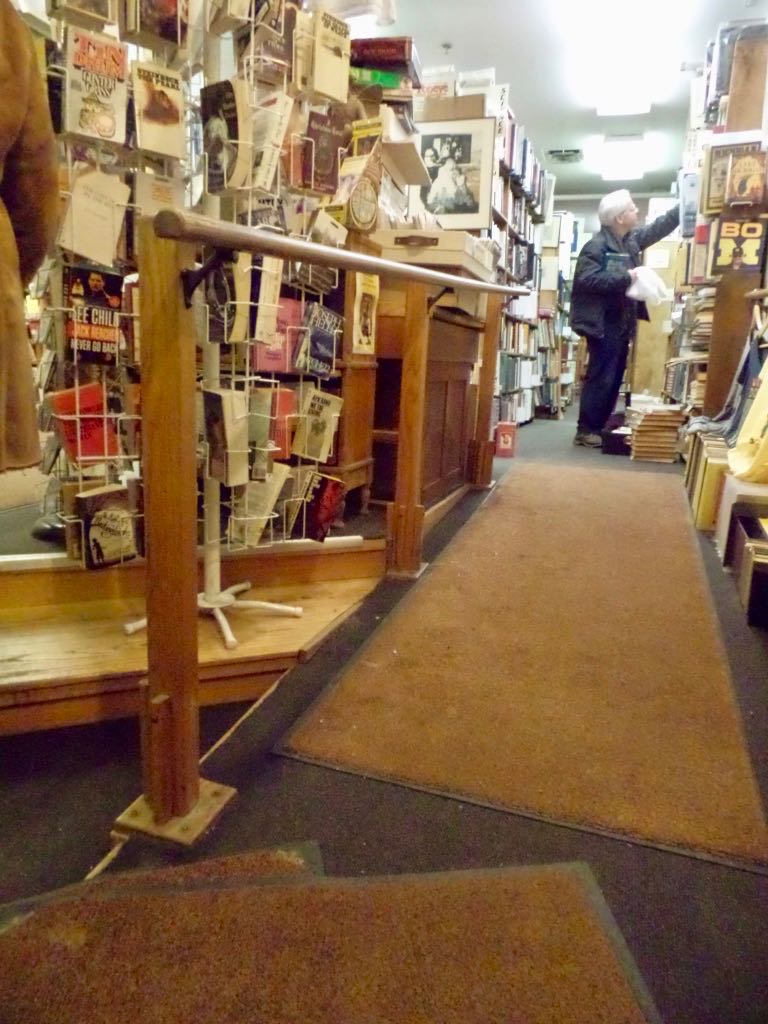 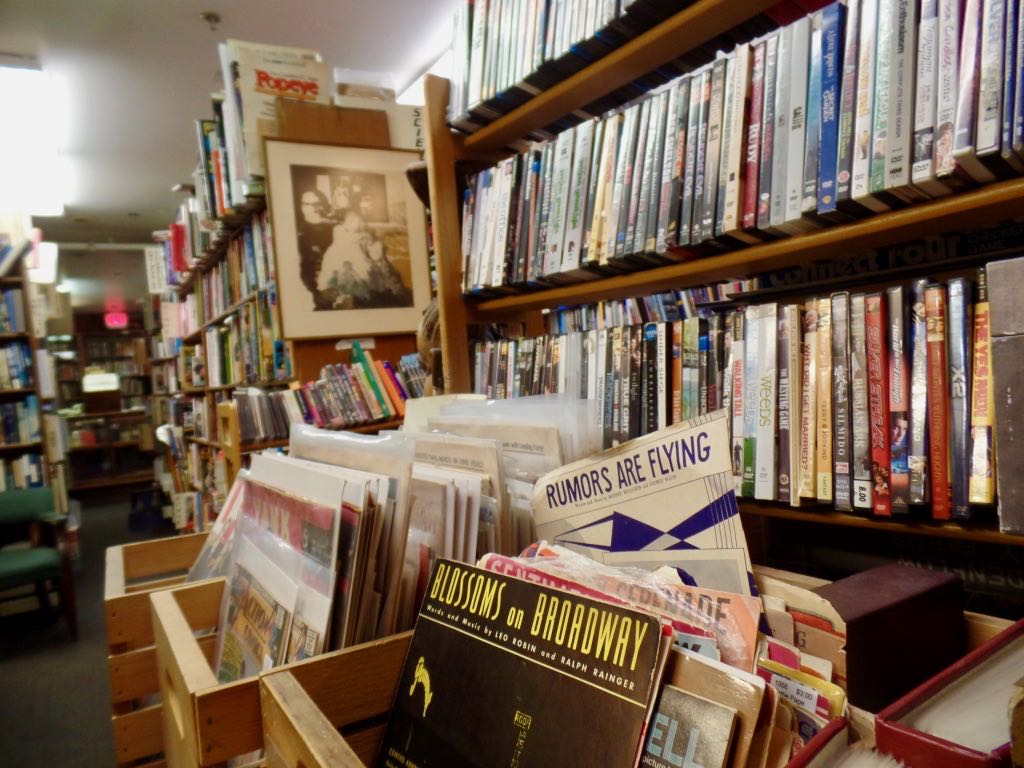 The records and DVDs and comics/magazines section of the Dawn Treader, right in front of the comedy section. 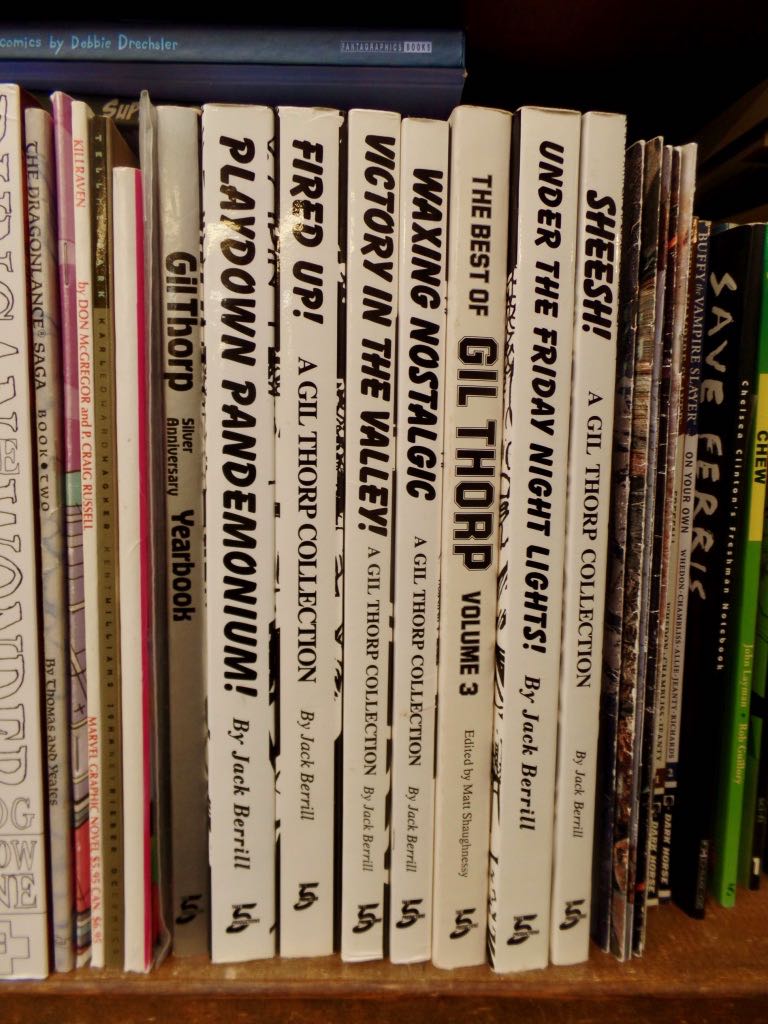