Two days after driving Sunshine back to our home, I shattered her trust in me. I was the one to lift her from her pen --- she growled, just a little huff but a definite one --- to stuff into the pet carrier again. It was in a good cause.

Because we have had Sunshine for just over a year now! The anniversary of our meeting, and adopting, her was the Sunday of Motor City Fur[ry] Con, and we were a bit sad we couldn't observe it with her. But we've taken that date to serve as her unknowable birthday. It hasn't quite been a year since the first time we took her to the vet's --- we basically waited a few weeks to confirm that we were adopting poor snakebitten Penelope --- but this would be good enough. We'd originally planned to take her earlier in the month and had to bump it back because we were just too busy; after the convention seemed more reasonable a time.

The waiting room now has signs warning to not let your pets off their leash or out of their carrier and, honestly, it probably always should have. We'd have liked to let Sunshine hop around, but, like, an enthusiastic dog and a fearless rabbit could lead to some really unhappy days. As could someone opening the lone door to the outside. Stephen and Columbo were too slow to get away from us, at least eventually. Sunshine is not, if she tried.

We let her out, as allowed, in the examining room. And Sunshine was, this time, eager and confident to explore. In her previous visits --- her first checkup, and the time she wrenched her ankle --- she had been shy. But now she was happy to get around the room and find some nice corners. She was more of her outgoing, charming self, too, so the vet tech who did the initial weigh-in and all that, and the vet who actually examined her, got to see more of her natural personality.

And she looks to be in good shape, too. We dithered about whether to have blood work done, but it turned out we had gotten the full spectrum done last year. She doesn't seem old enough to need bloodwork done more than every other year. But her weight's exactly what it was last time she was checked out. She hasn't got any apparent problems, and her ankle is fine. With luck we won't need to bring her back to the vet's until next year. (Well, I suppose if we decide to take her somewhere she's likely to be outside a good while, such as to the Traverse Bay area, we might get her a shot of Revolution and ward off fly-strike. But we aren't likely to do that this summer anyway.)

She does have an outstanding issue, and that's the cataracts in her eyes. Our appointment for that is later this week. When, you know, Sunshine will just barely have started to trust that I enter her pen area for some reason other than to hoist her into the pet carrier.

Trivia: Historian Michael Sherry calculated that overall about 27% of American air crews in the German theater of World War II completed the 25 raids which would earn a Distinguished Flying Cross and return to the States. Source: The World Within War: America's Combat Experience in World War II, Gerald F Linderman.

Currently Reading: The Secrets of Alchemy, Lawrence M Principe. So you know the author is working on my wavelength when he writes about how for centuries people used ``alchemy'' and ``chemistry'' to mean roughly the same thing with roughly the same connotations, and that to use either word when writing about someone working in that time imposes an anachronistic meaning. And then asks the reader, would you have bought this book if it were titled The Secrets of Chemistry? ... Which, well, yeah, I might have, actually. Even though this one I picked up from the library. But I would have expected a different book. 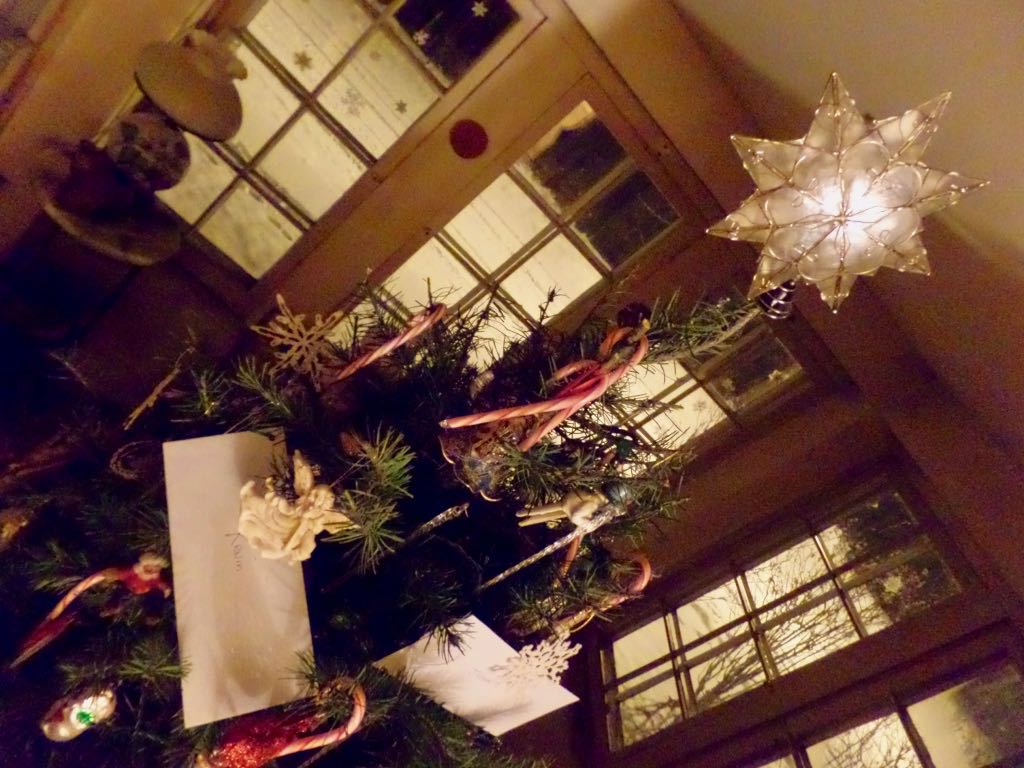 bunny_hugger's parents, and an extreme-perspective view of their Christmas tree. 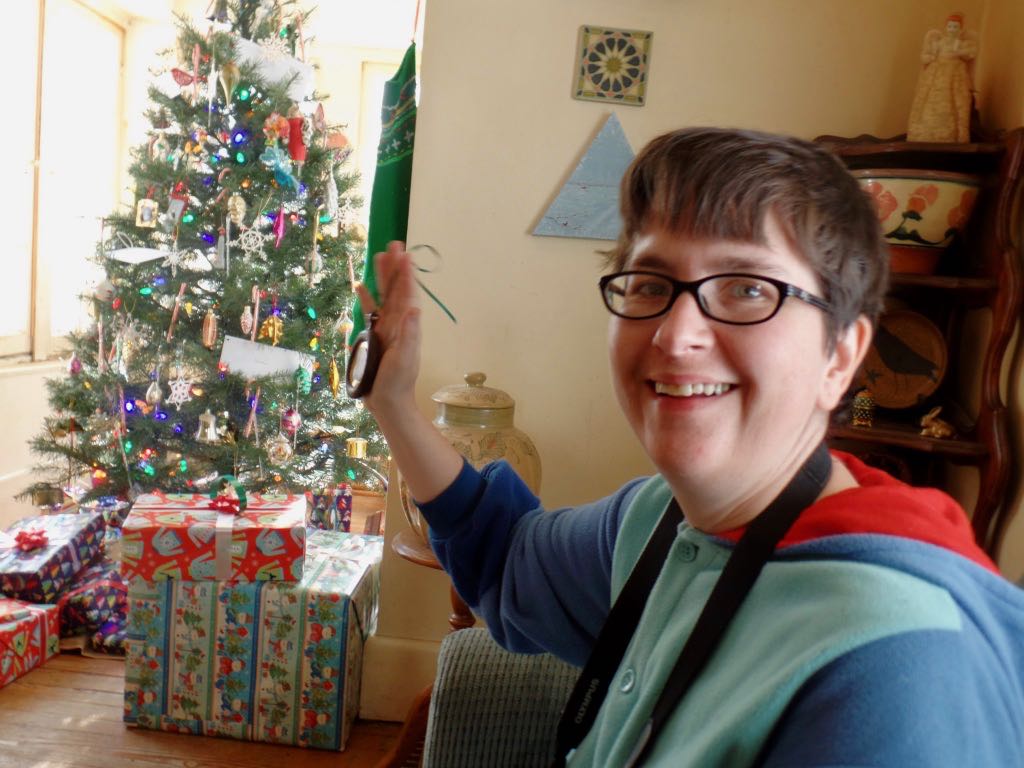 bunny_hugger as Stitch, delighted by the Christmas morning and showing off an ornament from childhood, which shows off her as a child. 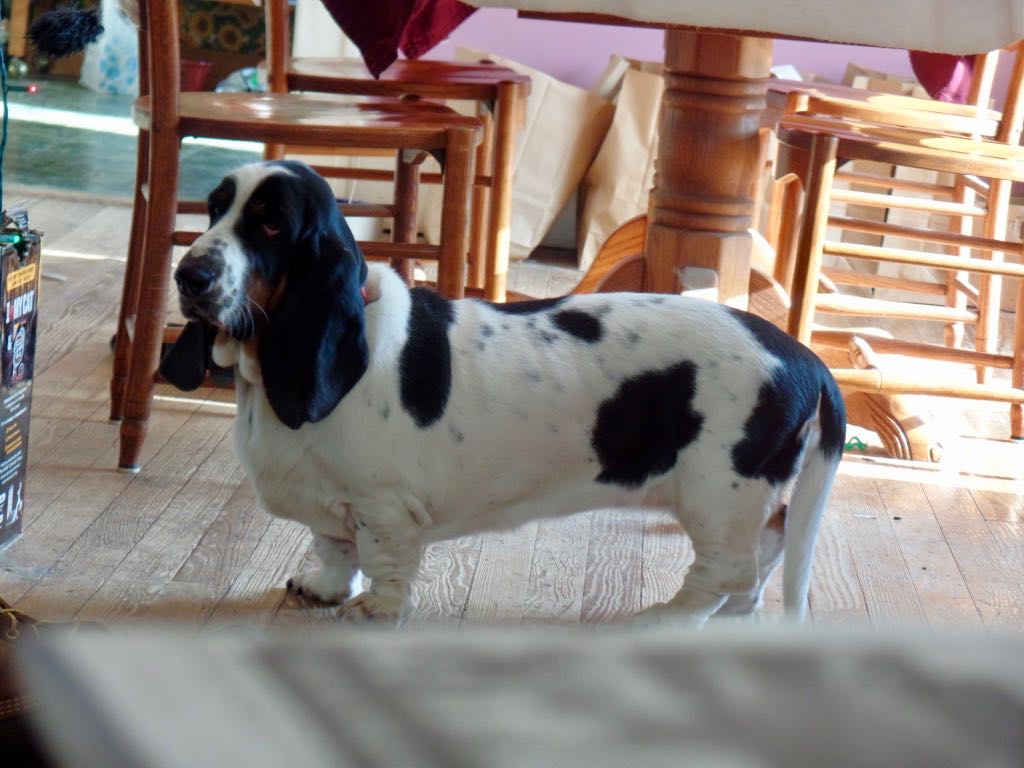