The 12th Lansing Pinball League season, and the third that

bunny_hugger oversaw as head of the league, finished this past month. A week ago Tuesday were the finals. I had a pretty good season, coming in third in the standings for the regular season. Considering that we play with Herb-style scoring, where the standings each night are based on how well we do compared to everyone else playing the same table, and considering how good so many of the players are, that's outstanding. Lansing Pinball League might be the most collectively under-rated league in Michigan; many of our players don't play anywhere else, so they're ranked low.

bunny_hugger finished the regular season in seventh place, earning her a coveted spot in the A Division.

But the regular season just sets our standings for finals. These, per tradition, are double-elimination, best-of-three match play. That is, you and an opponent play three games and the winner of two moves on. The loser goes into the Second Chance bracket where, if they lose another best-of-three match, they're out for the night.

My first match: I faced MAG, that old-time and returning player who's so very good. Since I knew I'd be facing him, I used actual data and looked up on what games over the course of the season I'd reliably beaten him on. This implied I go to South Park, a game that nobody likes but which I have finally found the hang of. I lost. Worst, I lost partly from my own fault. At the start of finals we held a vote about whether to continue the league tradition of playing one extra ball per game for tonight or whether to skip extra balls for the sake of getting finals, which always run long, done sooner. I voted to play the one extra ball per game. The margin was one vote; if I'd gone the other way, MAG wouldn't have had the ball that took him above my score. Well, I had the pick for a second game, and went with Tales of the Arabian Nights. I had a lousy game, and was put right into the Second Chance bracket.

And there I waited for my eventual opponent, which was, of course,

bunny_hugger. She wasn't seriously upset at having been beaten her first round by DMC, since he's a really good player and started out on Deadpool, a game he's literally one of the ten highest-ranked players on the planet for. At that she came close to winning both games, so that was one of those defeats you can feel decent about.

bunny_hugger would be knocked out her next round, finishing the season in fifth place and thinking how, if she had gotten just one more round, she'd have gotten an A Division trophy.

And part of me, really, was glad to be out of the competition. I could focus on paperwork instead, collecting the slips with match results, drawing up the new results, answering simple questions about, like, who picks which game. (The higher seed picks the first match, and whoever loses that picks the second game. If it goes to a third game, then whoever lost the second game picks the third.) A major part of me just likes keeping track of things, and any tournament goes more smoothly with such a person there.

In the end, MWS won, repeating his position as Lansing Pinball League champion. He had finished on top of the standings in the regular season, too. CST, hearing of this, said now he had to come back to Lansing for next season, to keep MWS from three-peating.

Finals took until about 1 am, and finished when MWS beat MAG --- who was in the Second Chance Bracket --- on an epic game of Game Of Thrones. Afterward, MWS,

bunny_hugger, and I went to the Steak and Shake for cheese fries and a milkshake, to celebrate the end of the season. It was a heck of one.

PS: Still not quite done with the Potter Park Zoo Wonderland of Lights, 2017 edition. 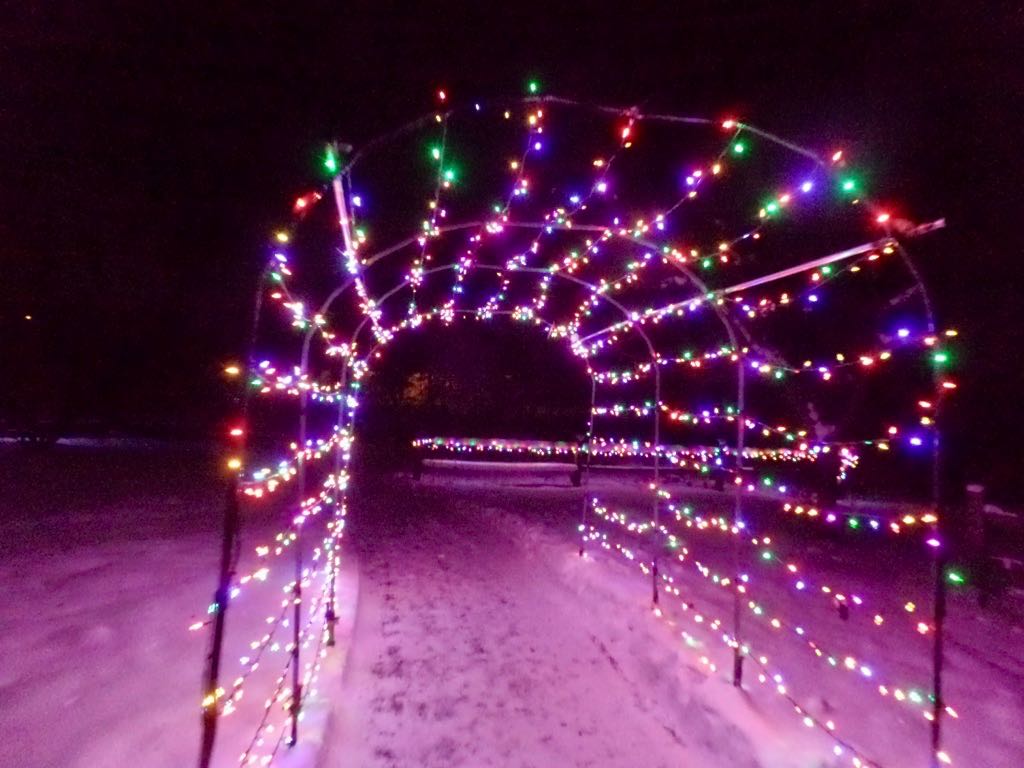 Illuminated tunnel set up outside the (not pictured) enclosure that, in summer, has birds and butterflies you can worry you're going to accidentally let loose. 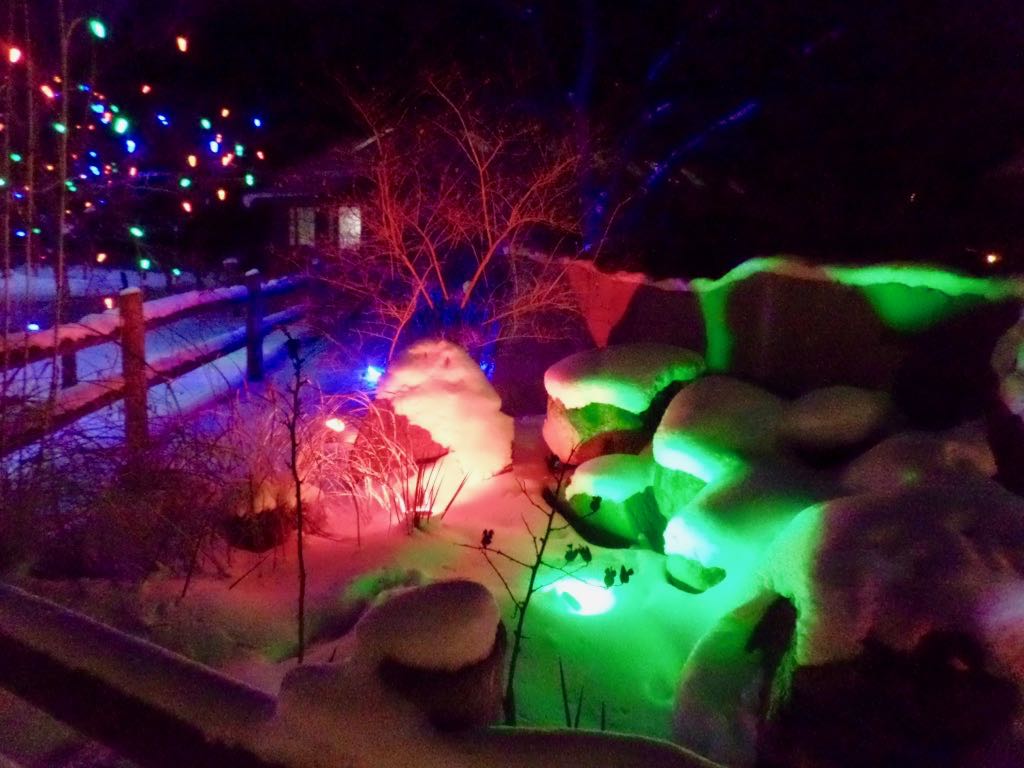 One of the good things about a snowy December: lights that got covered with snow so you get these strange illuminated translucent blobby shapes. 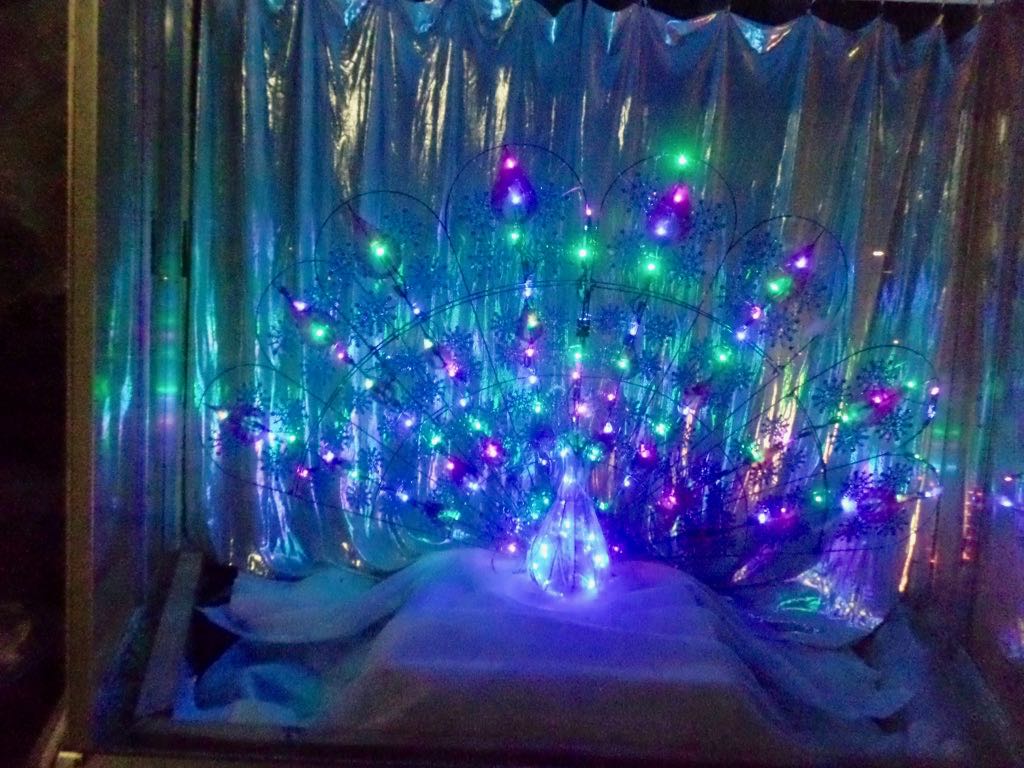 Peacock light fixture that I think I photograph every year and share here every year. It's at the front window to the bird house.