And I am ... not quite caught up. The pin-golf tournament was last Saturday, and since then, we've gotten to Anthrohio. The convention weekend is still going on. I don't feel up to blogging the events the day they happened. So I'm going to take a couple days to do photo dumps and get to the story of this weekend afterwards. So here's stuff I found on the way to the Museo Frida Kahlo. 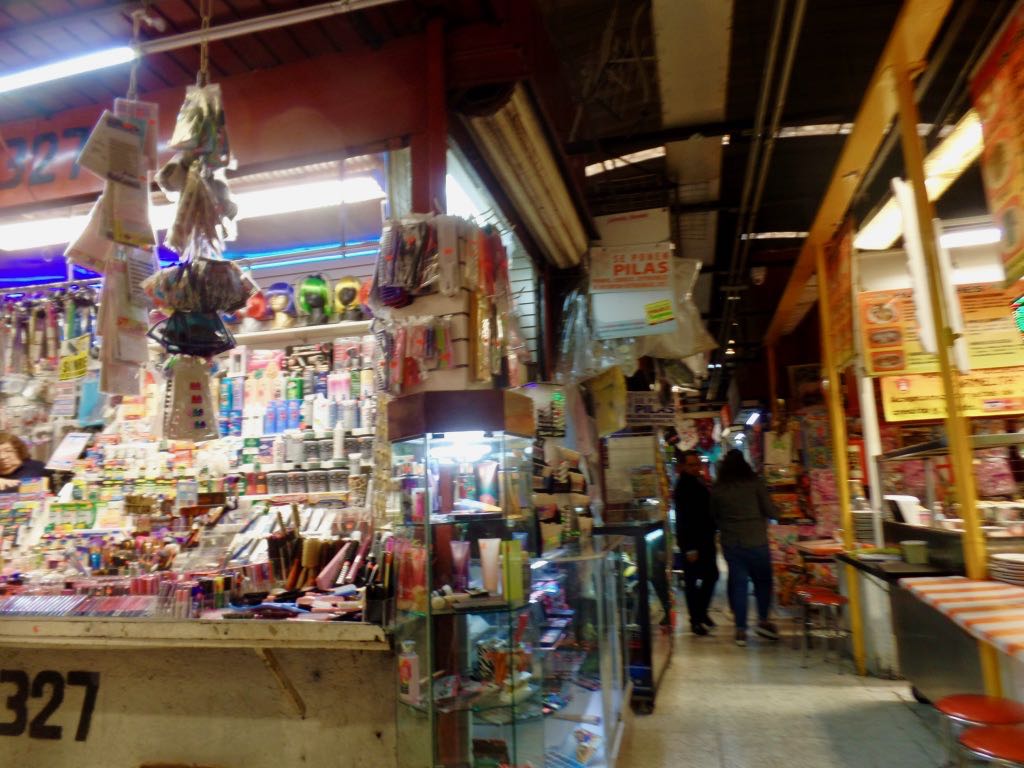 I went for lunch just before entering the Museo Frida Kahlo and found it in this market that gave me wonderful warm nostalgic vibes of the Englishtown or the Collingwood Flea Market. 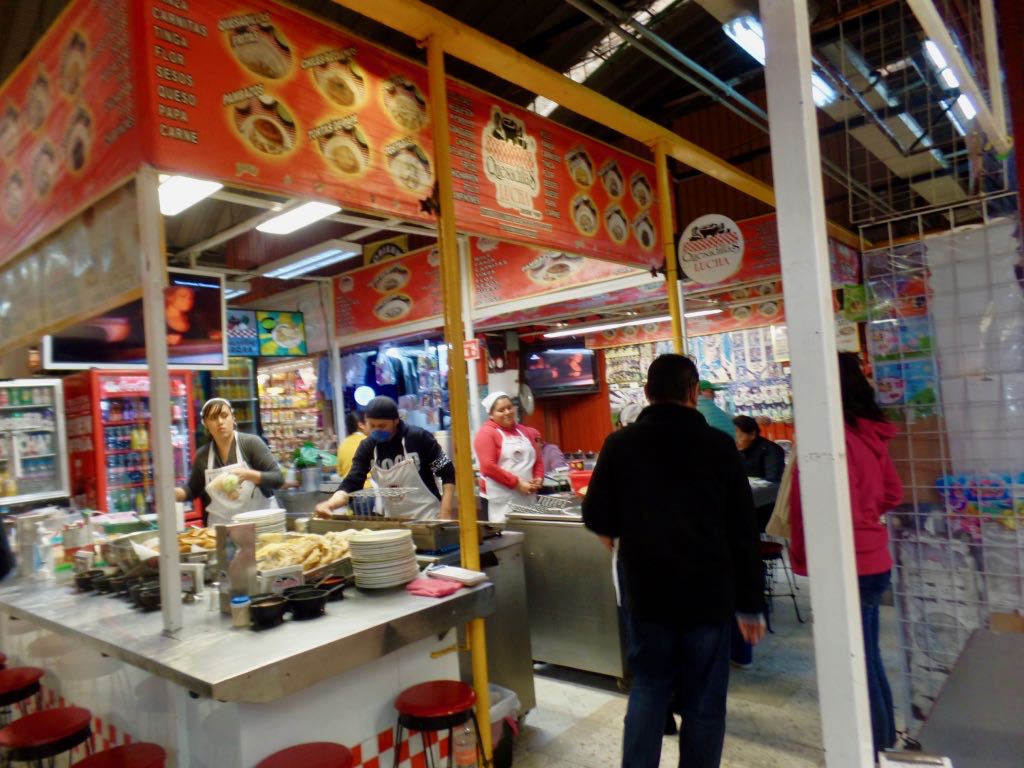 I ended up eating at a quesadilla place, which seemed like somewhere I could eat vegetarian with a minimum of chaos. Encountered two guys from Dallas who said that yeah, they often flew down to Mexico City and, like, came to this place to eat. I understand going somewhere really mundane and normal --- I mean, I was there, right? --- but it can't just have been to this quesadilla stall. 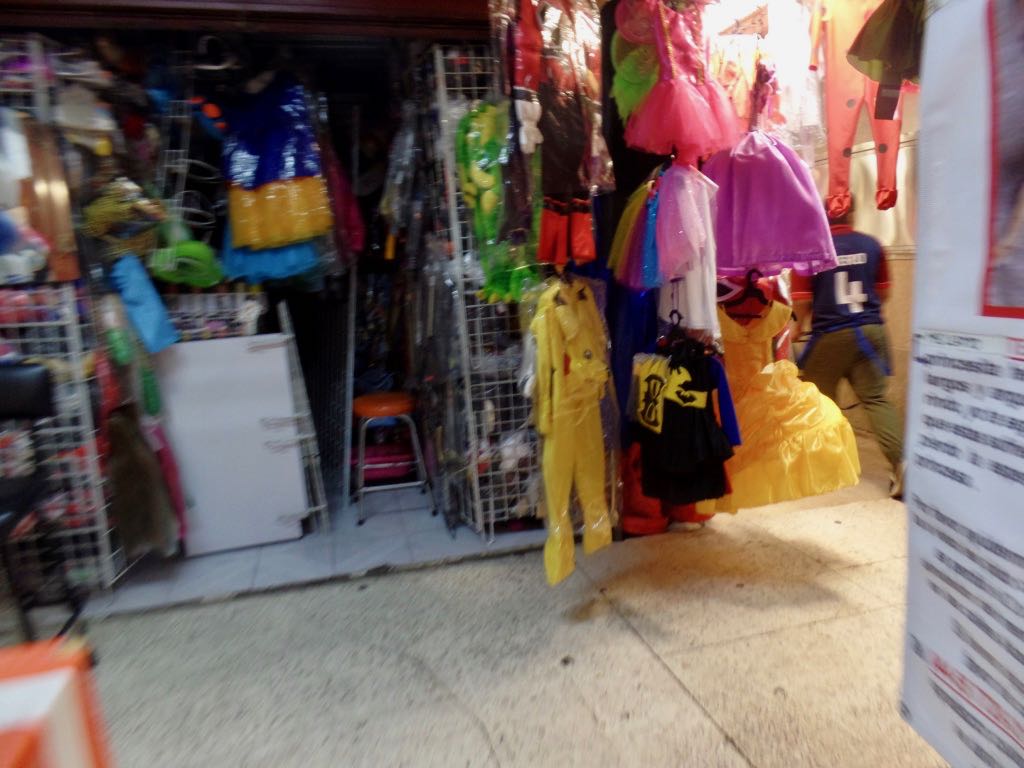 Kids costumes for sale; in frame is more of the storage room, but I loved this packed-stuff aesthetic. 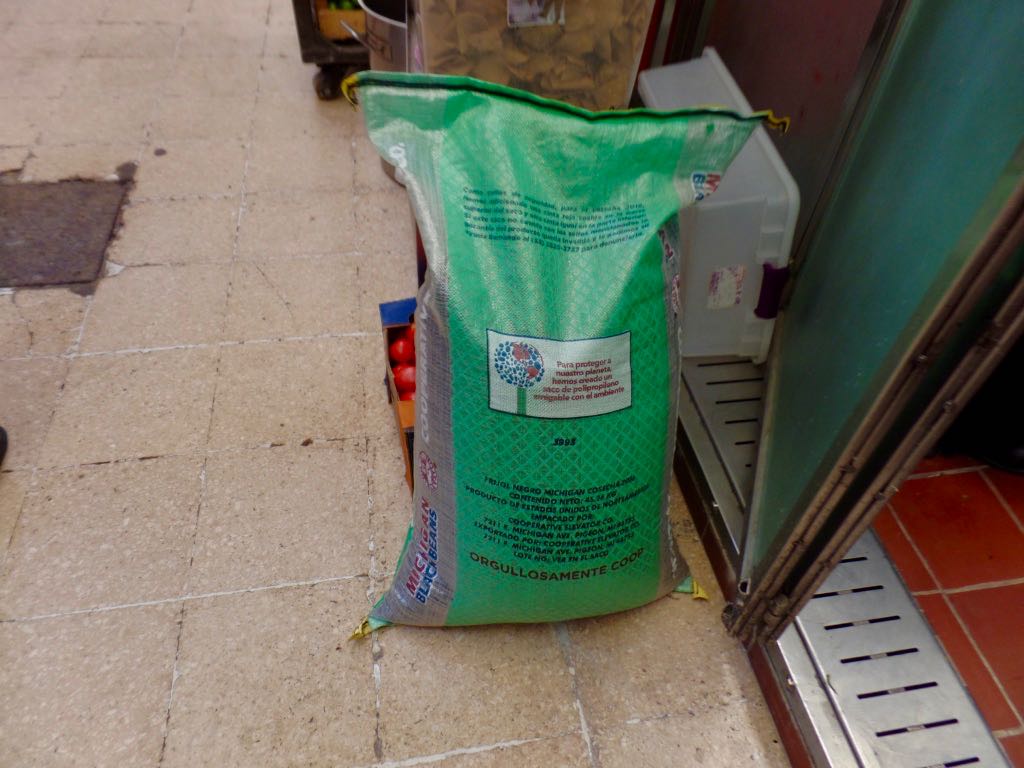 So it's always fascinating to travel somewhere strange and find a touch of home. Here, it's a stray bag of beans from Pigeon, Michigan, a municipality I hardly need introduce to you. It's a village of 1200 people, covering nearly five-sixths of a square mile, in the thumb area of the lower peninsula. Wikipedia says local attractions are its historical depot museum and ``a number of wind farms''. 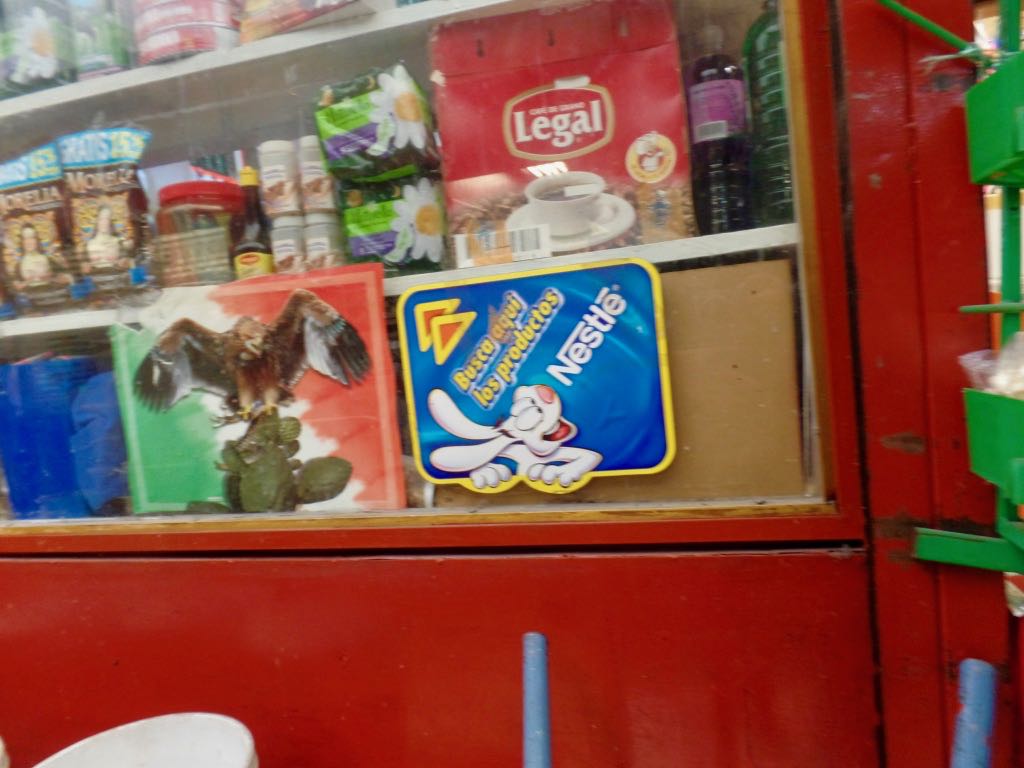 And the back of a food stand just had a bunch of commercial and mascot art, including the Trix rabbit moonlighting for Nestle. 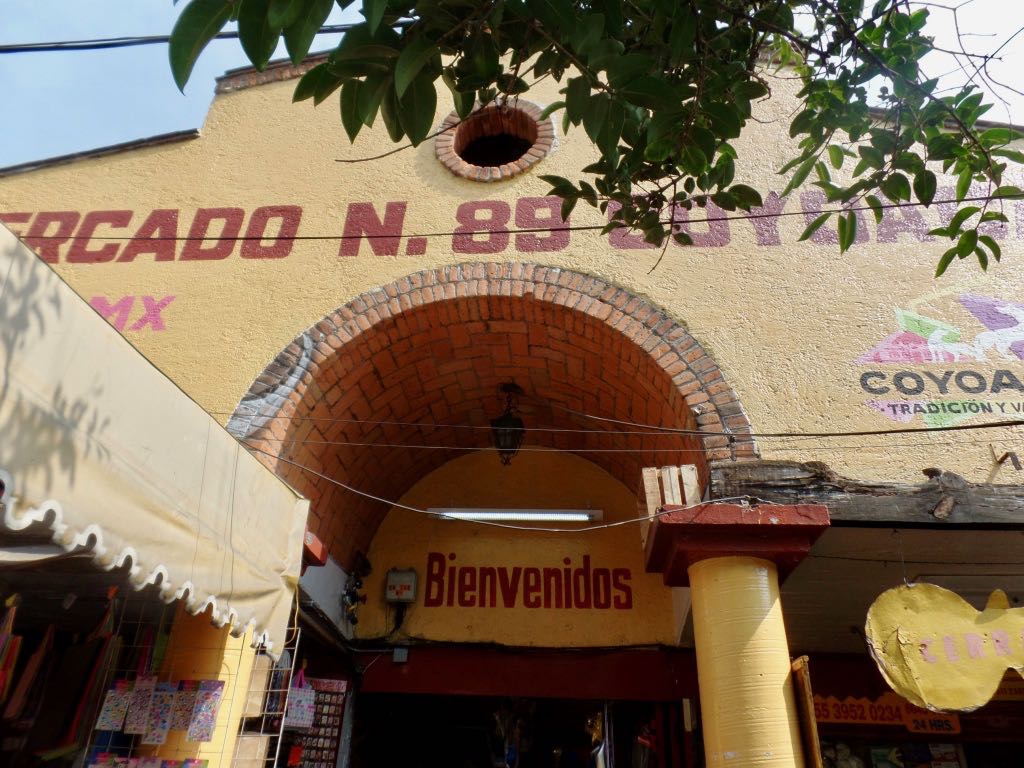 Entrance to the marketplace, which I took after I was done eating because I hadn't been sure I'd actually find something to eat here. 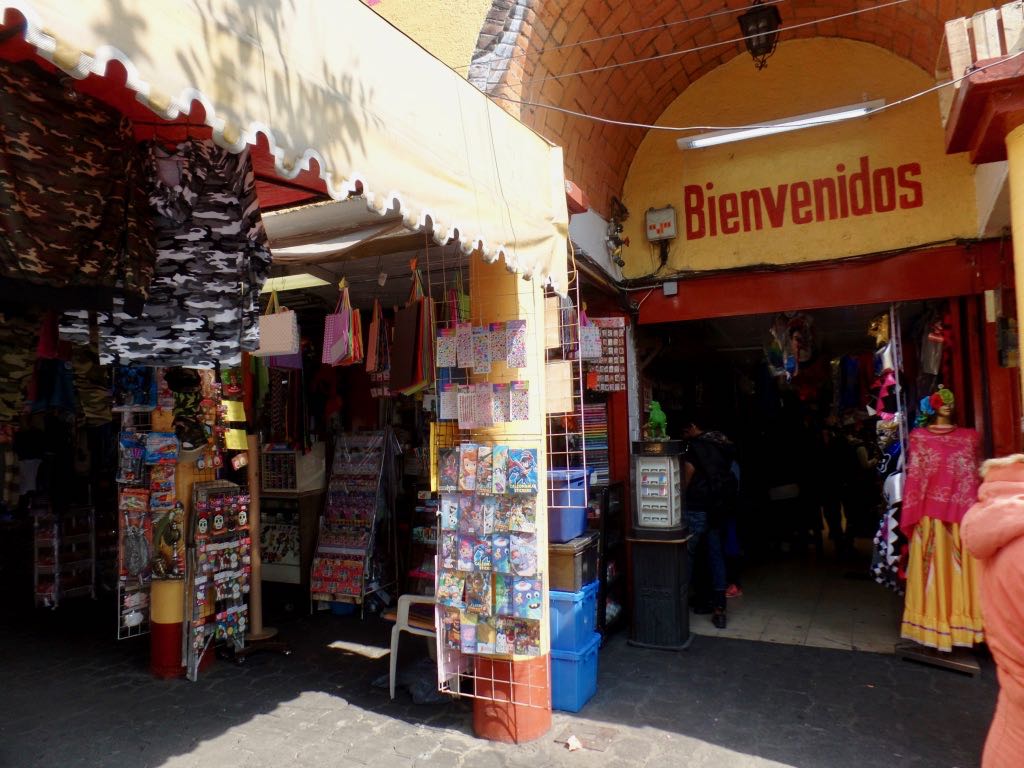 And the street level entrance, with a storefront that gives a good sense of what every square foot of the place was like. 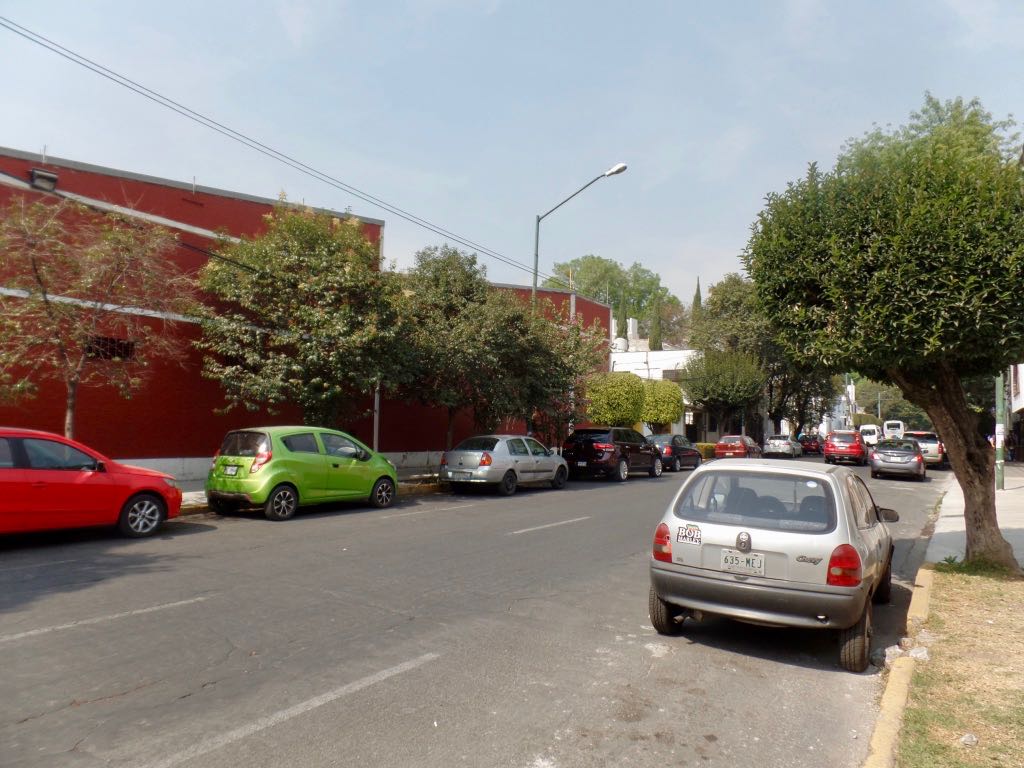 Street leading from the market back to the Museo. On the right, guess someone's a Bob Marley fan. 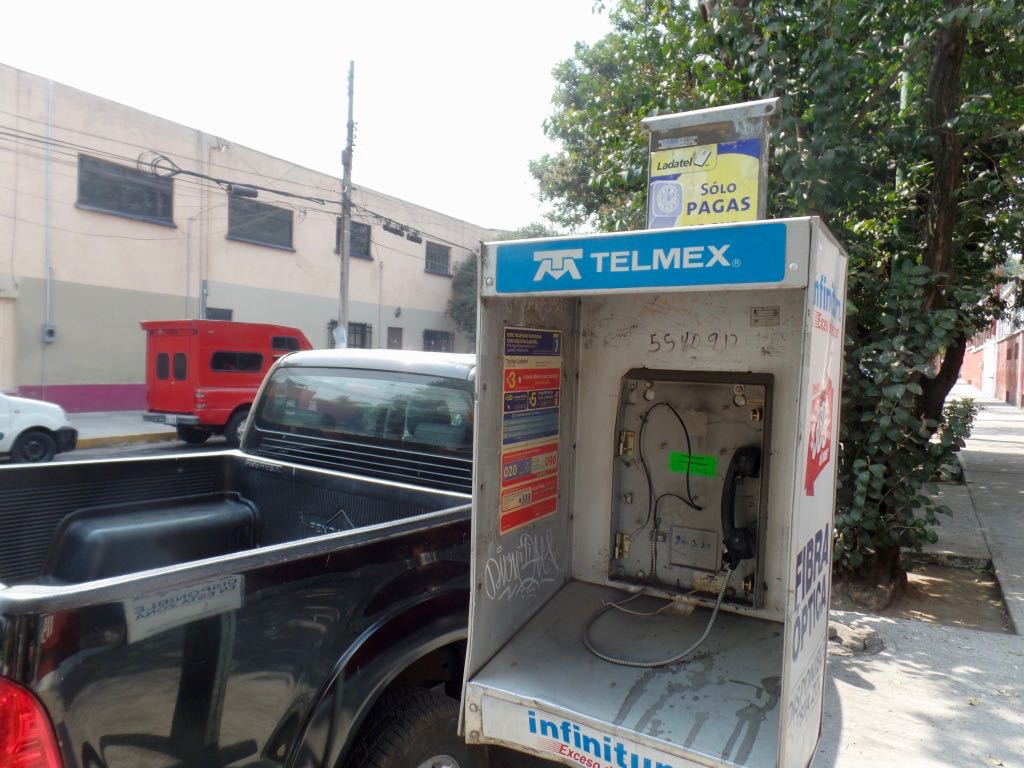 Fascinating former pay phone station for Telmex. I'd understand ripping out the mechanism, but then why's the receiver still there? I realize I should have picked up the phone to hear if anything were there.

Trivia: By 1800 about 40 percent of England's male labor force worked were farmers, compared to 65 to 80 percent in continental Europe. Source: An Edible History of Humanity, Tom Standage.