And now ... well, I'm caught up again. I mean, we did some pinball events this ... Sunday, Monday, and Tuesday. But that's all routine business and doesn't contain the great twists of fate that make for good recounting. Except that Monday a video game stole my camera. I'd had the little wrist strap dangling out of my cargo pants pocket, and walked too close to some game that had a hook poking out, and the camera just leapt out of my pocket and hung there. I don't know how long it was there; I didn't notice until the end of the night and tried to figure how I could possibly have lost a camera I'd returned to my pocket after every picture. And, well, it didn't get stolen or anything, so that's a nice result. 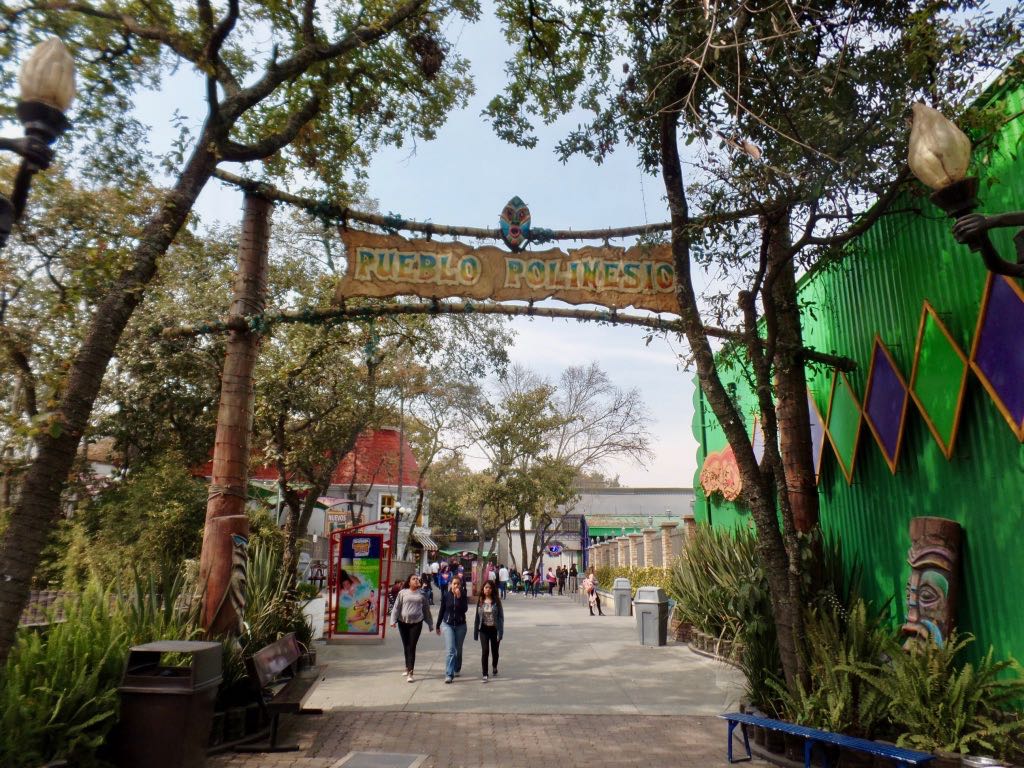 The entrance to the Polynesian themed area of Six Flags Mexico. 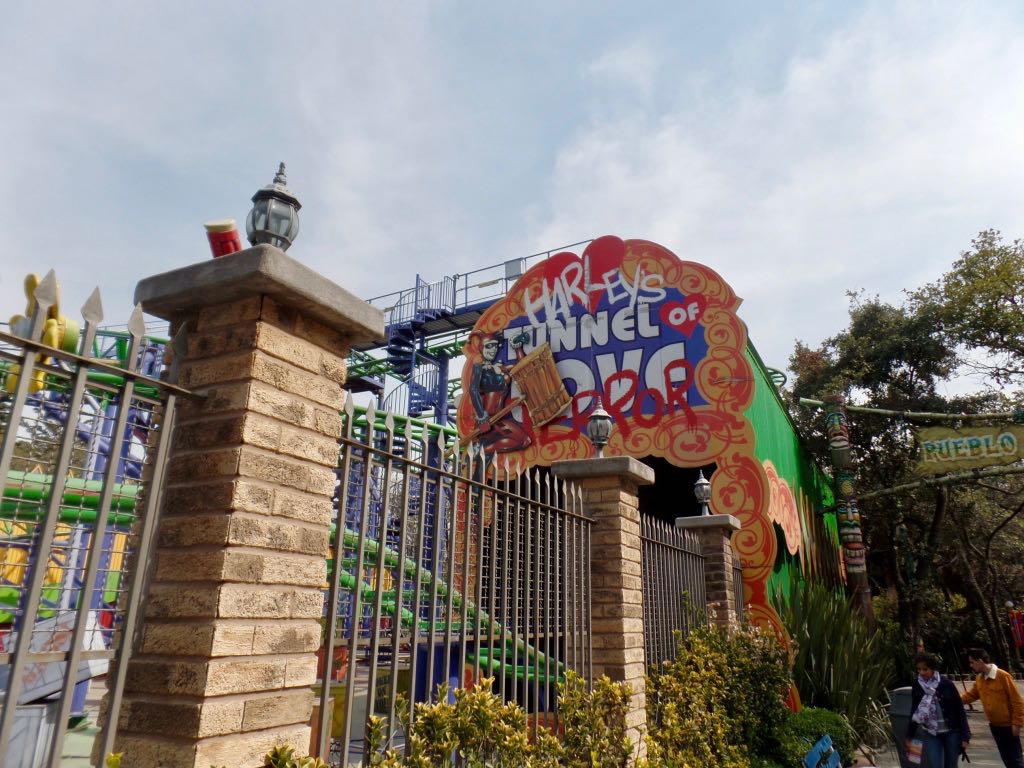 It wouldn't be a Six Flags park without a lot of roller coasters named for Batman characters. Here, the Joker ride --- a spinning wild mouse --- is slowly being turned into a Harley Quinn ride. 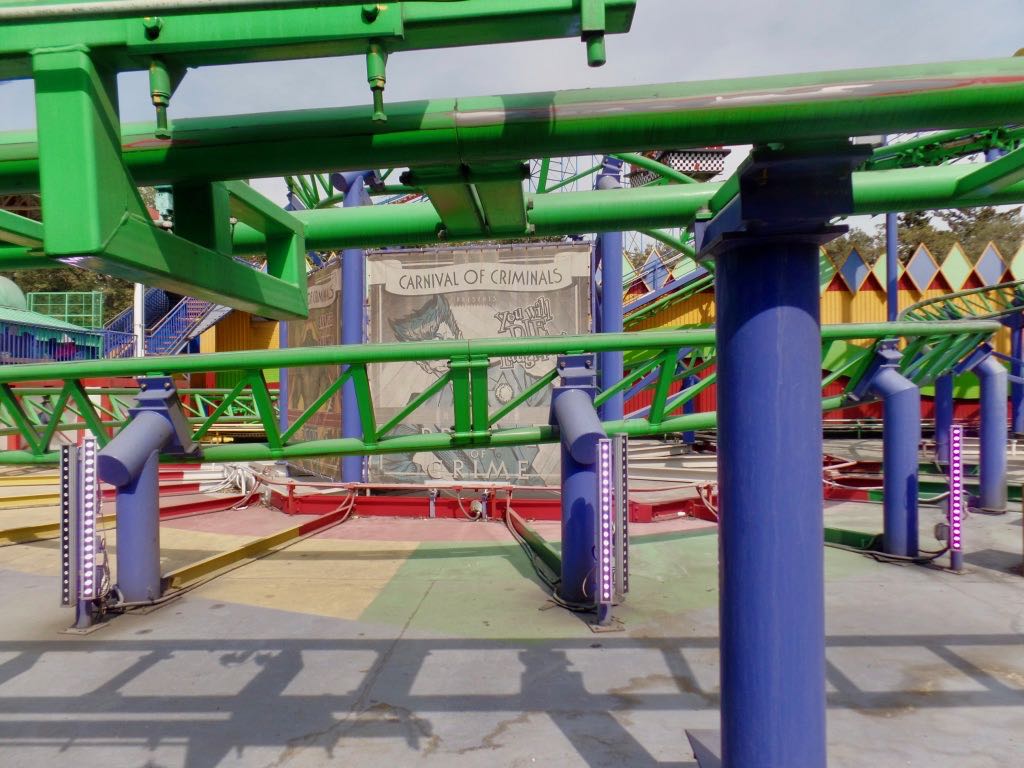 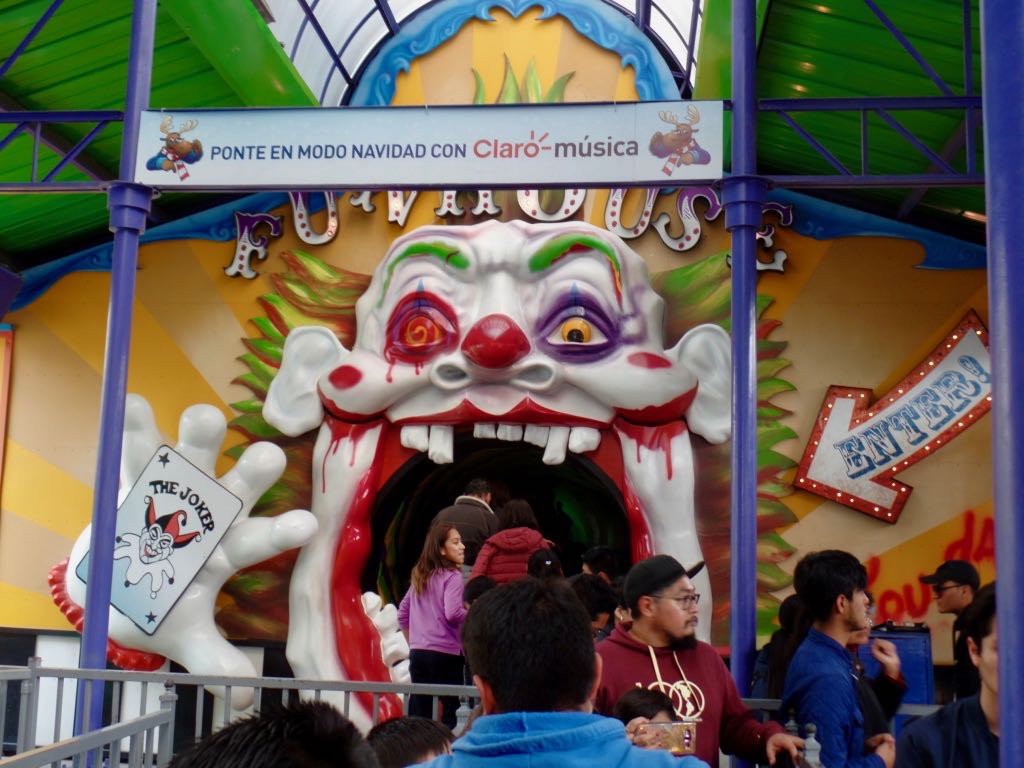 The queue for the Joker/Harley Quinn goes through a little funhouse, with stuff like walking through a spinning cylinder and the like. This and the Mystery House in the queue for Medusa Steel Vengeance inspire the question: why don't more rides have this sort of walkthrough attraction? It would make the wait an attraction on its own. And the answer is, well, people have phones now, so a boring queue is just a chance for them to play at what they'd like to be doing anyway. 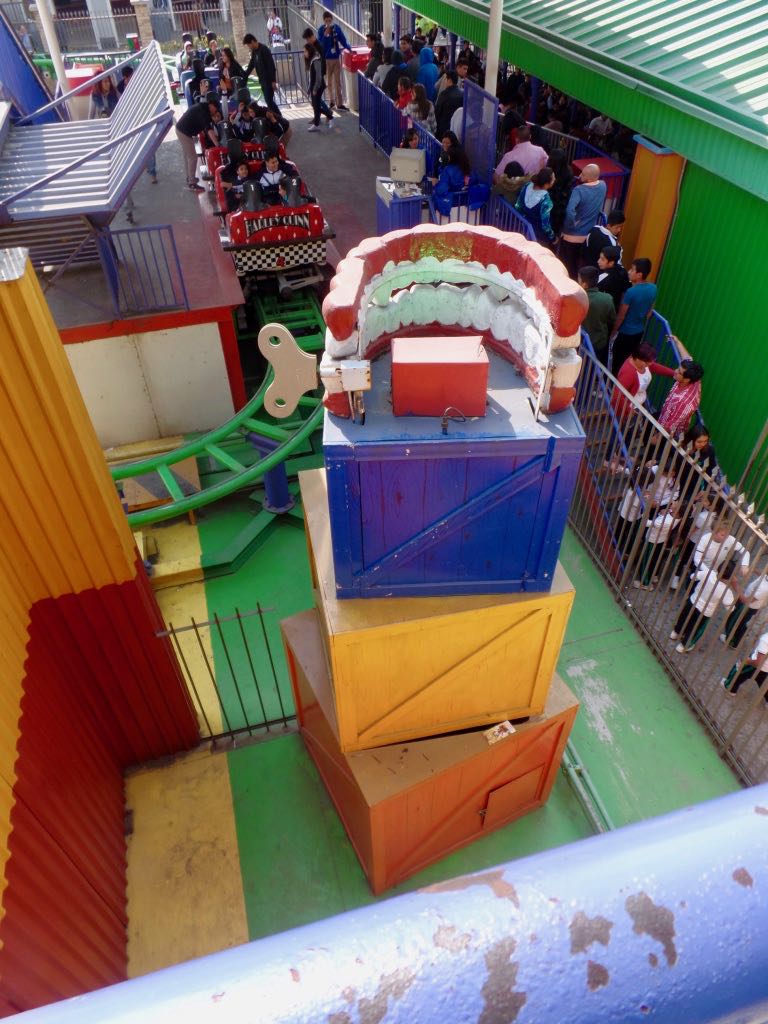 Exiting Joker/Harley Quinn. The chattering teeth animatronic as seen from the wrong side of things. I forget whether the teeth were opening and closing as they should. Note that half the cars are Harley Quinn themed and half Joker themed. I don't actually know that this ride wasn't originally designed to be half Joker, half Quinn, but that's the impression I had gotten. 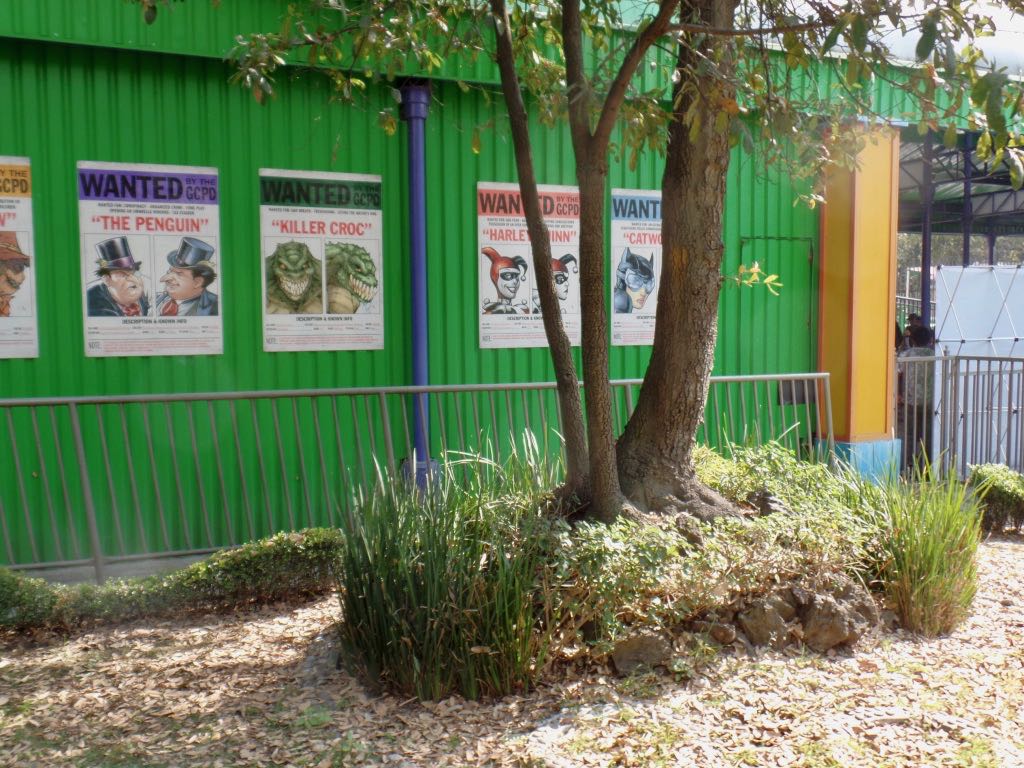 Wanted posters lining the gift shop next to the Joker/Harley Quinn roller coaster. I mean, it's not just me, right? Other people feel like DC realized they kinda need more protagonist women and so promoted Wonder Woman (the roller coaster they were building), Catwoman, and ... uh ... um ... Harley Quinn, that's a character! Right? Right. 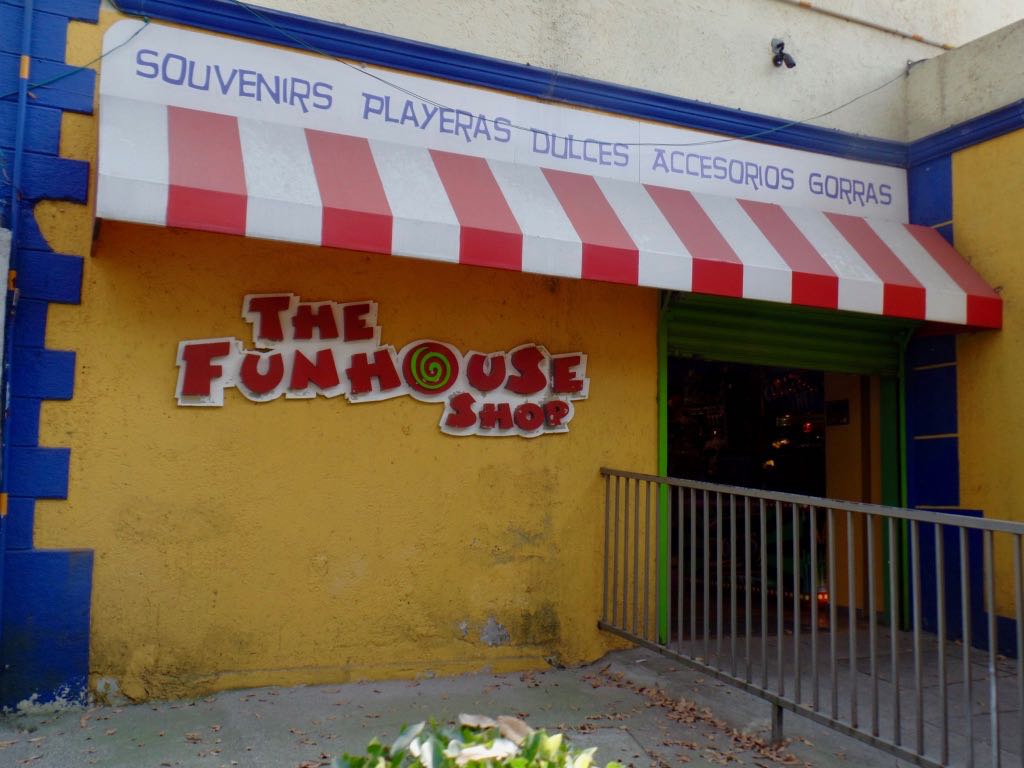 The Funhouse Shop was a disappointment, as they didn't have a single pinball game or even a Rudy mask. 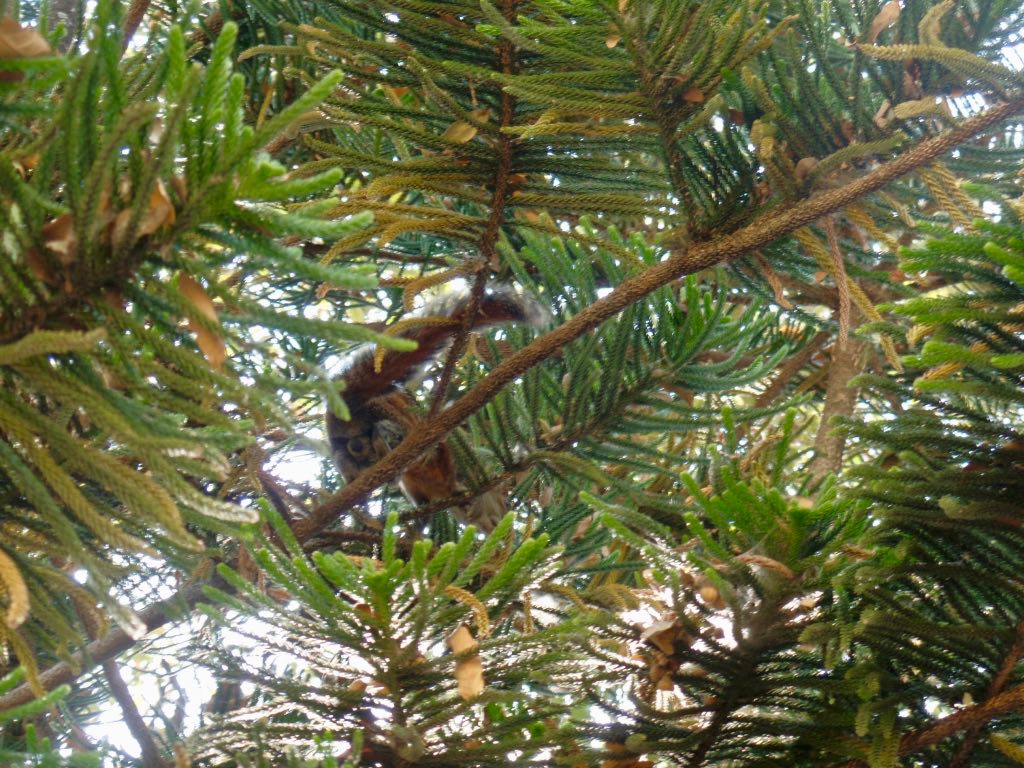 Do you see what I see? And what 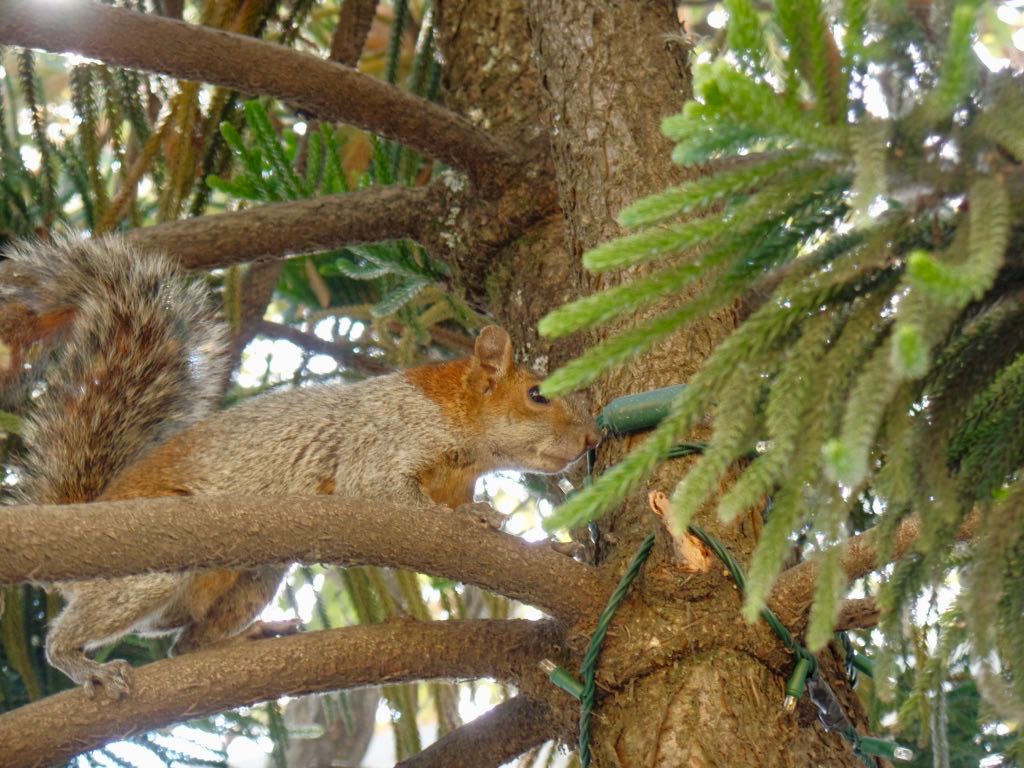 Why, yes! It's a Mexican Grey Squirrel, some of the local wildlife, looking for lunch or any Christmas lights it can yoink. Also, check out those toes. 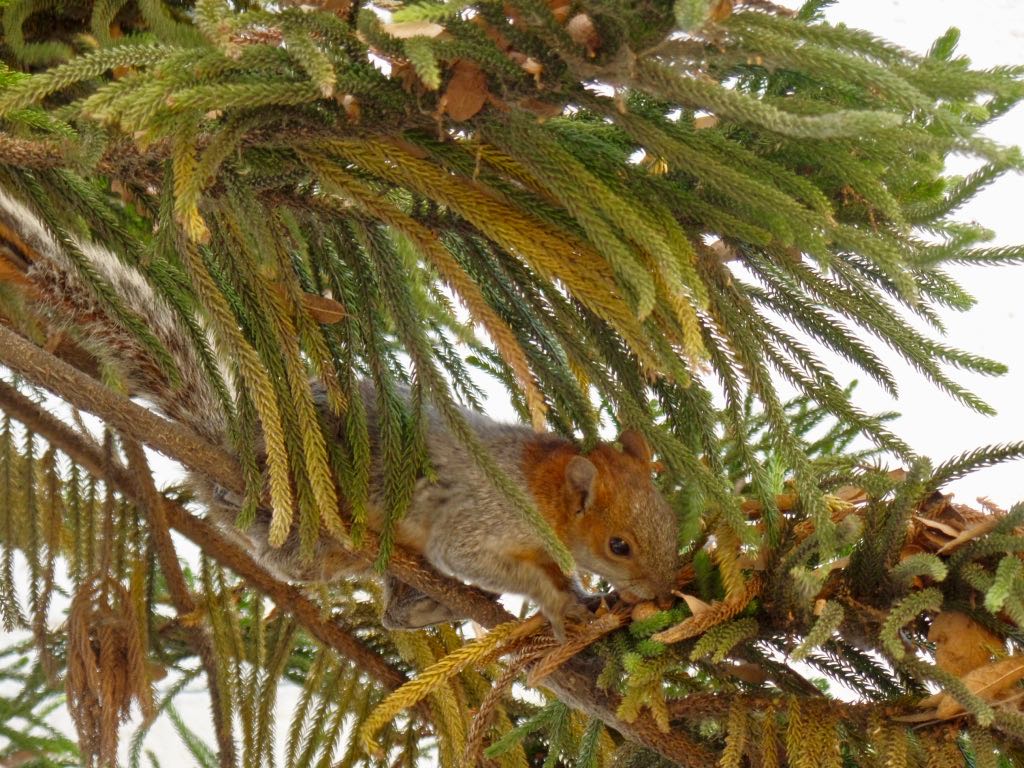 Mexican Grey Squirrel, having decided that the lights aren't any good to it, goes after the tree's mid-January foliage. These squirrels were about the size of those back home in Michigan, but were able to skip the whole bulking-up-for-winter business. To our eyes, they looked small, even scrawny. 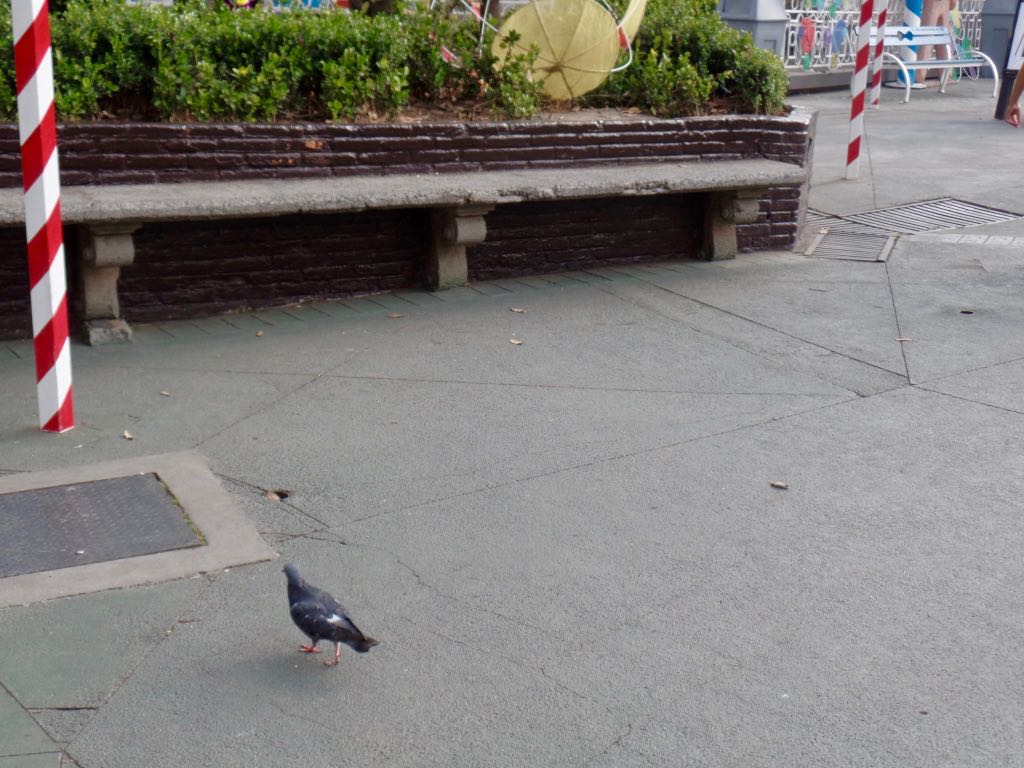 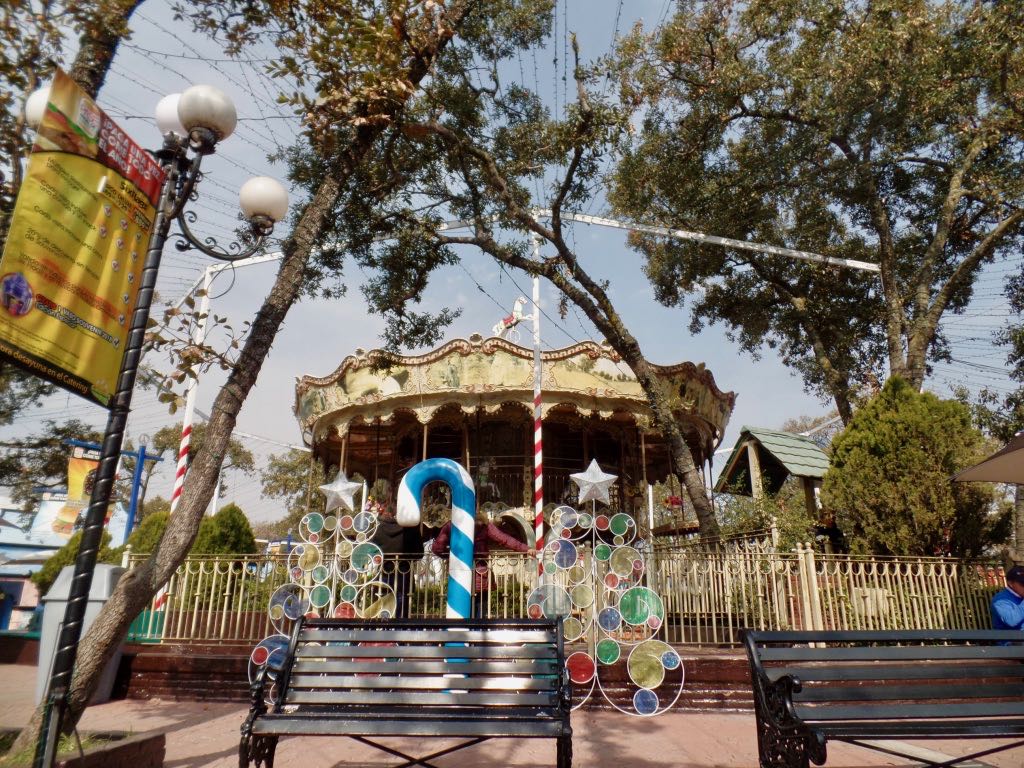 Six Flags Mexico's carousel, a two-level Venetian carousel that's ... honestly, not all that intersting in itself. It's a modern, mass-produced model; it has a twin (apart from the art on the rounding boards and all) at the Freehold Raceway Mall in New Jersey, for example. If you look close you can see overhead strands of lights which, of course, were nothing to notice in the middle of the afternoon like this.

Trivia: The 13th-century English scholar Robert Grosseteste proposed as part of repairing the flaws in the Julian calendar the recalculation of Easter based on an spring equinox of the 14th of March, rather than the 21st of March which was no longer accurate. Source: The Calendar: The 5000-Year Struggle to Align the Clock with the Heavens --- And What Happened to the Missing Ten Days, David Ewing Duncan.