How'd my humor blog go this past week? I'm happy with the way it turned out. It turned out a little weird with a good energy.

Six Flags Mexico! It was a fun place and I almost got enough pictures for my needs. 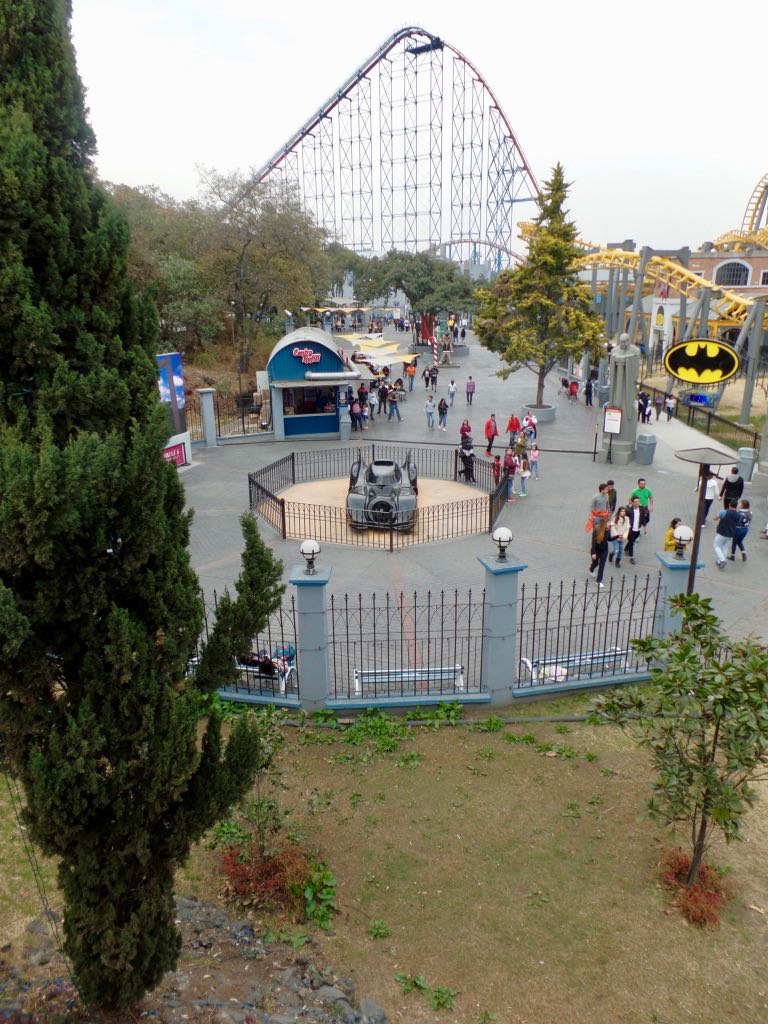 Remember that Gift Shop from earlier? The one labelled Comics Shop? Behind it is a trail leading down to this little mostly Batman-themed corner. The centerpiece is that 90s-era Batmobile just like at, like, Six Flags Great Adventure. The tall roller coaster in the back is the Superman El Último Escape coaster. 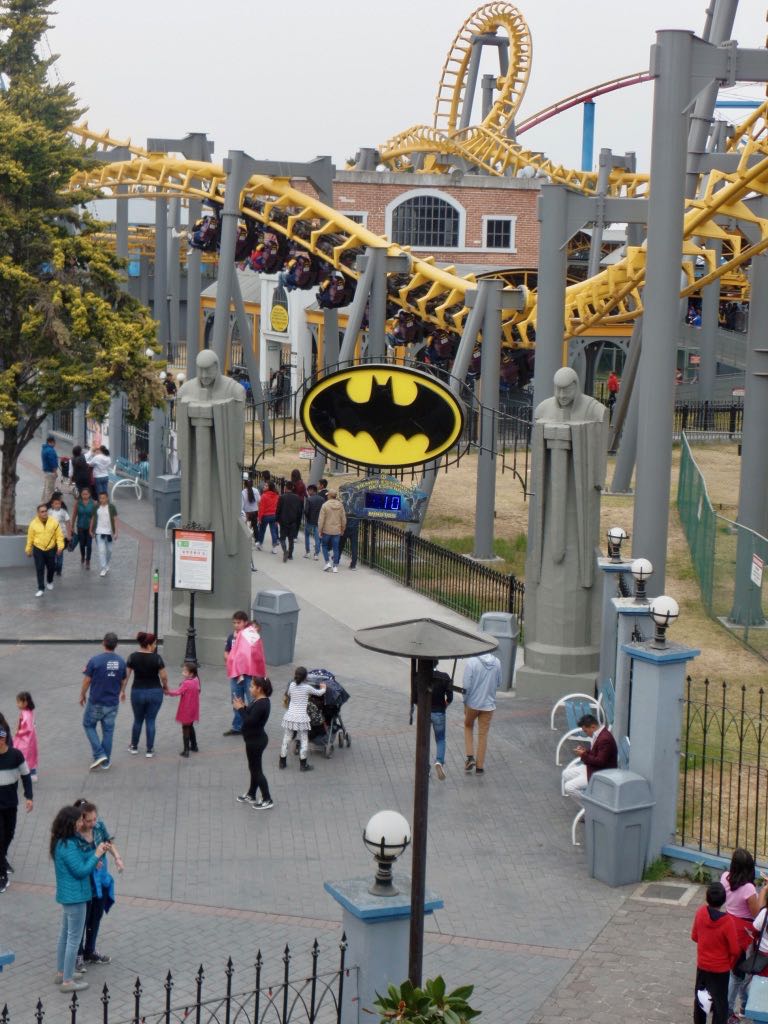 Batman The Ride promises a mere ten-minute queue, which was about right. You can see the train in mid-ride here. 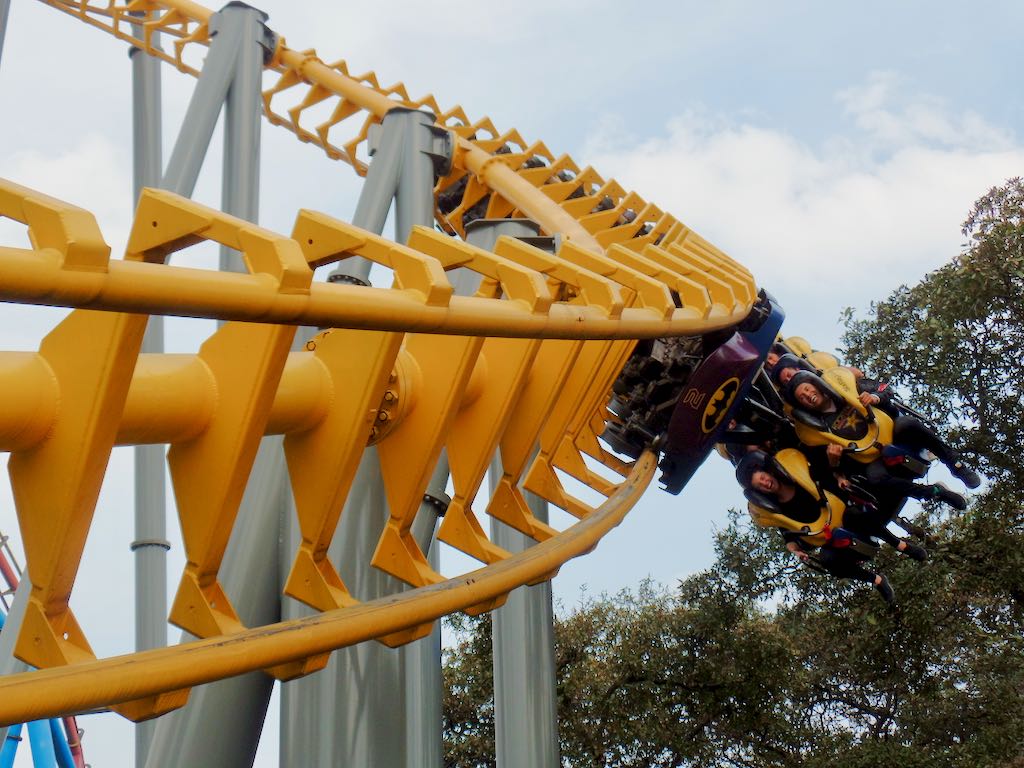 Batman The Ride train getting back to the station. One of my occasional pictures that might be the cover art for that year's park map. 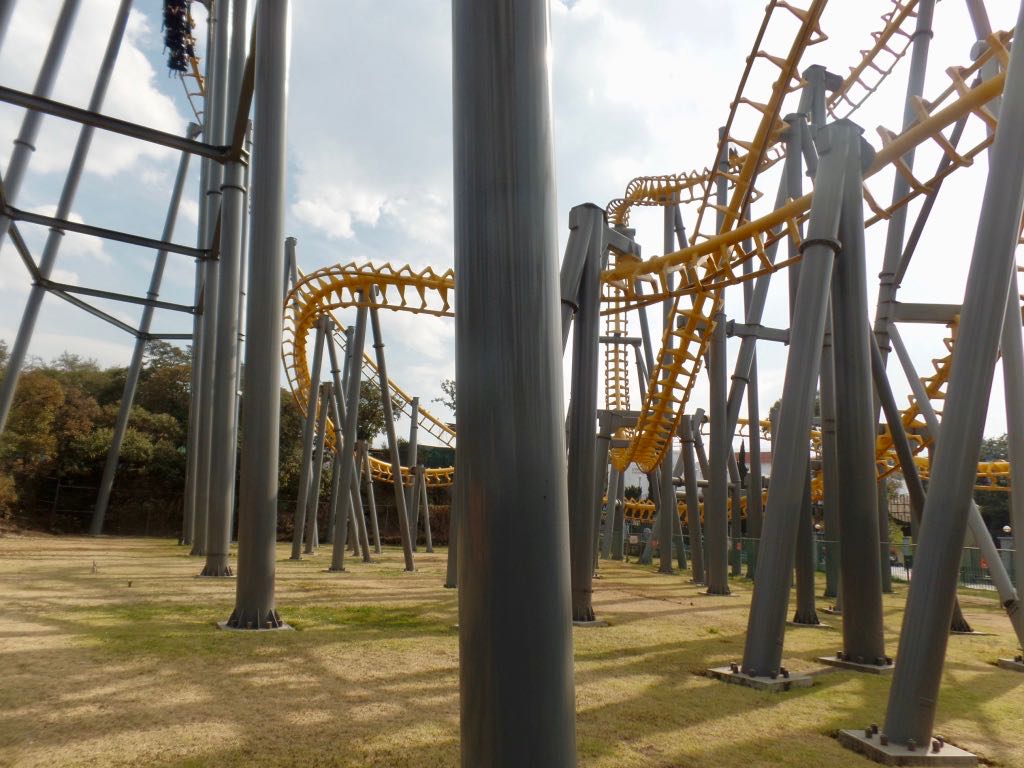 Some of the mass of roller coaster ride. Even before we'd been on Batman The Ride we had already ridden it: this ride is the twin to Thunderhawk at Michigan's Adventure, which we've been on uncounted times, and to the Mind Eraser at Elitch Gardens in Denver, which we've been on once so far as we can remember. 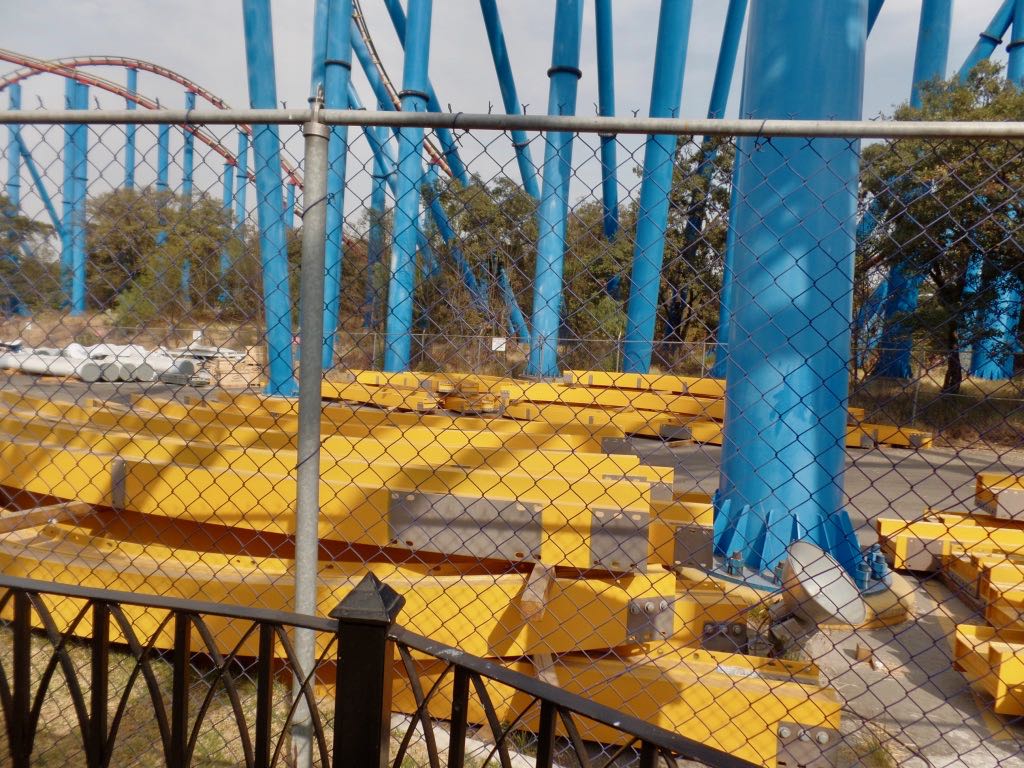 The yellow pieces are track for the Wonder Woman coaster, which would open about five and a half months after our visit. So ... they did a pretty good job putting all this together, considering. 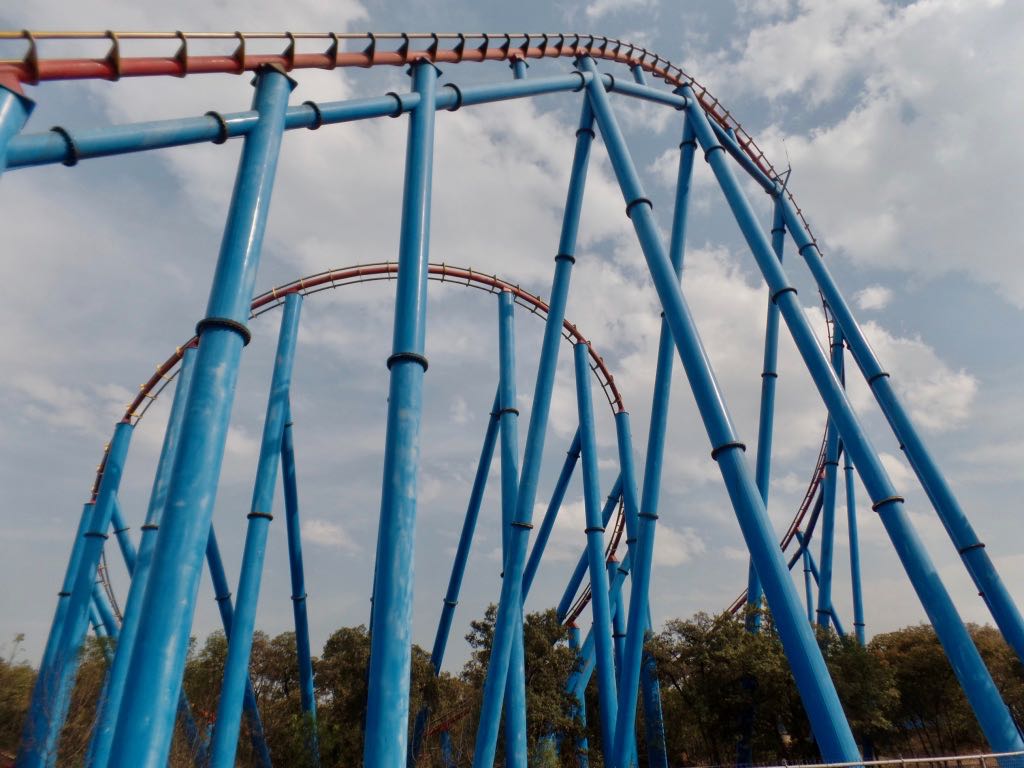 As close as we would get to Superman El Último Escape. 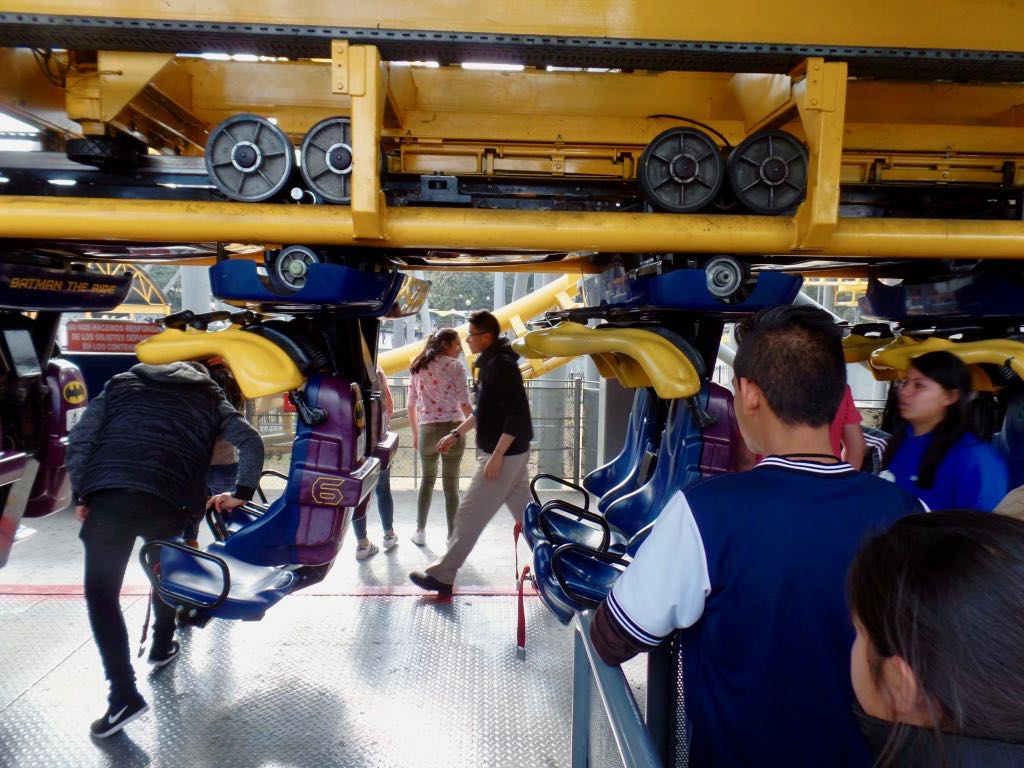 Launch station for Batman The Ride. Would its hard plastic-over-metal over-the-shoulder restraints box our ears as severely as its twins at Michigan's Adventure and Elitch Gardens would? Yes. Yes, it absolutely would. Whoever designed these restraints tested them without their heads being on. It's the only explanation. 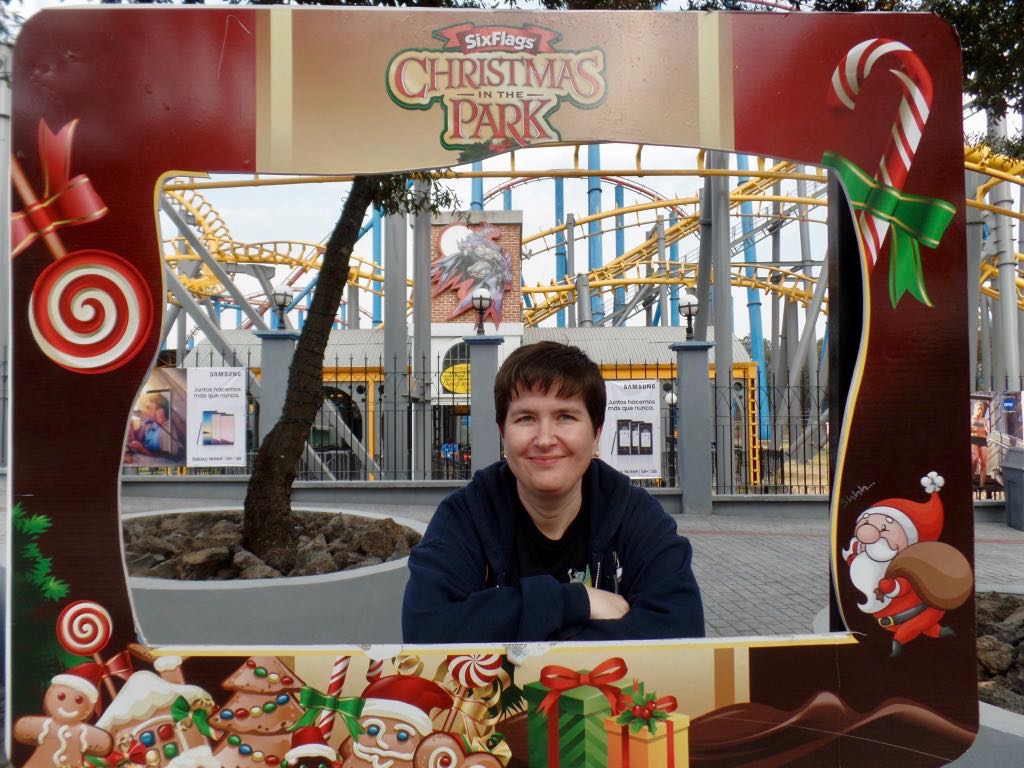 A not-quite-comic-foreground poster set up outside Batman The Ride just for taking this picture. ... There's another one like this, which has the roller coaster going in the background, but

bunny_hugger's face doesn't look as good in it, a thing I wouldn't learn until looking at the pictures on my computer after we got back to our hotel. 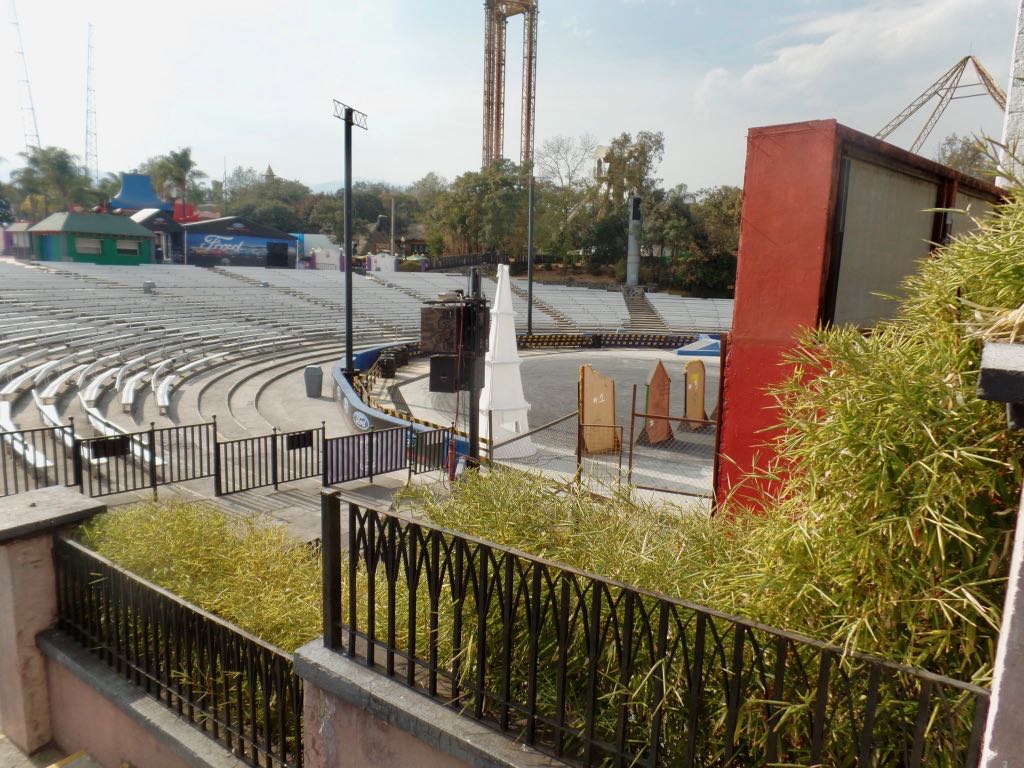 The performing amphitheater seen from the other side, in that little Batman The Ride-centered area. The props were part of whatever Christmas show they had going. I don't seem to have a decent picture of them. 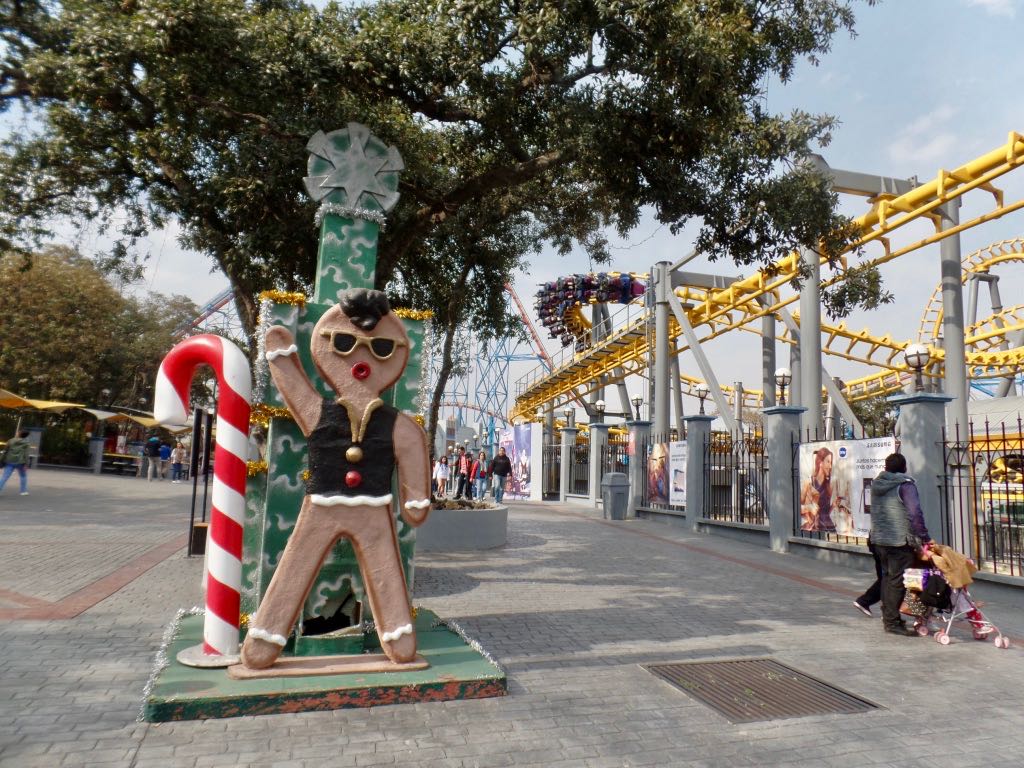 If Poochie were a gingerbread man. 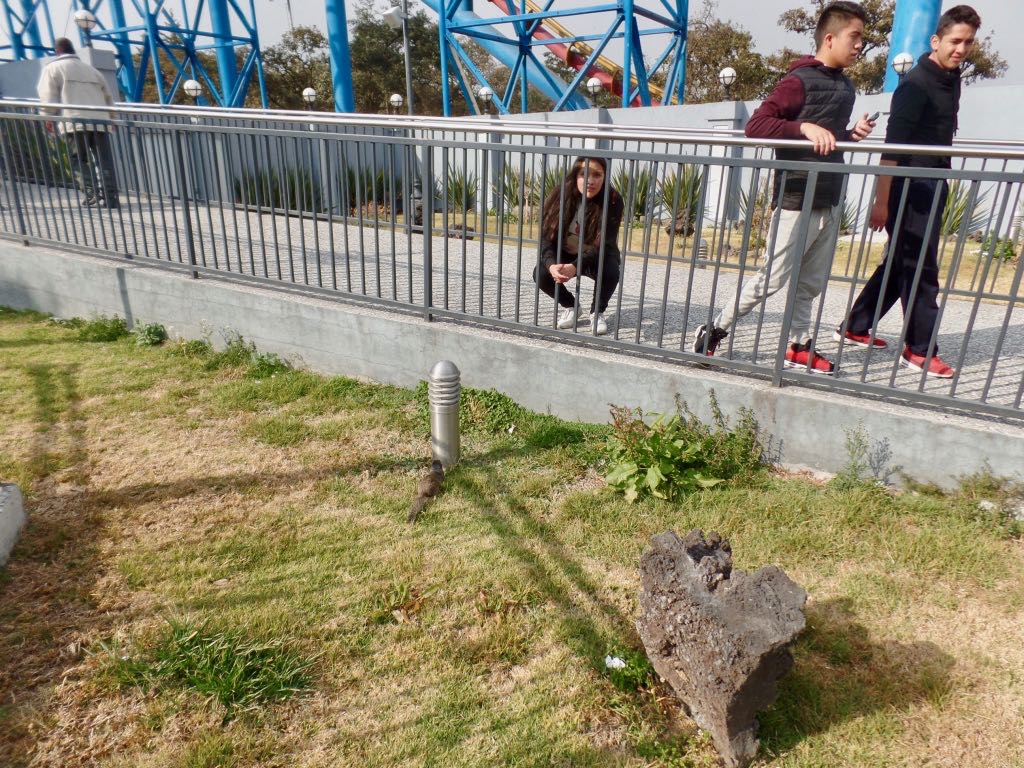 So do you see what's attracting interest in the queue outside the Justice League interactive dark ride? Hint: 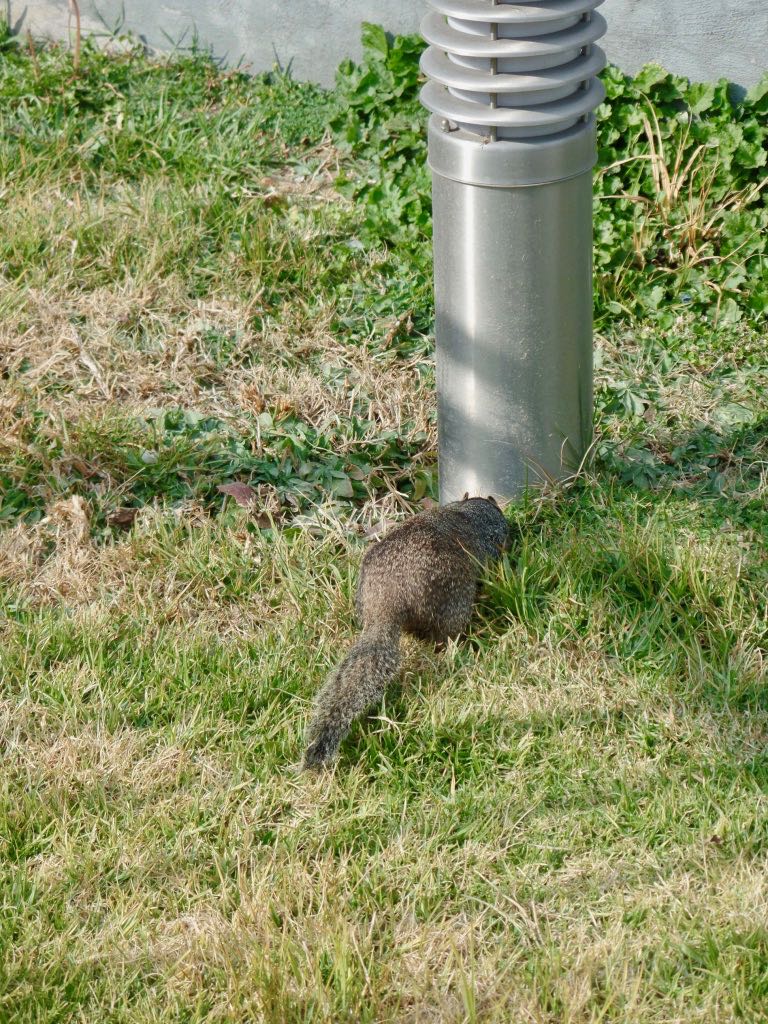 Yeah, it's another park-resident Mexican Grey Squirrel! Going about squirrel business in the nice safe lawn of the park.

Trivia: The Soviet Union did not use lie detectors. Source: The Lie Detectors: The History of an American Obsession, Ken Alder.

PS: On The Goldfish Situation, as we took the goldfish out of the basement and into the pond this week, and it's got me talking about mathematics problems based on goldfish a lot.