Some more Six Flags Mexico, this time getting into and even through the Justice League ride. 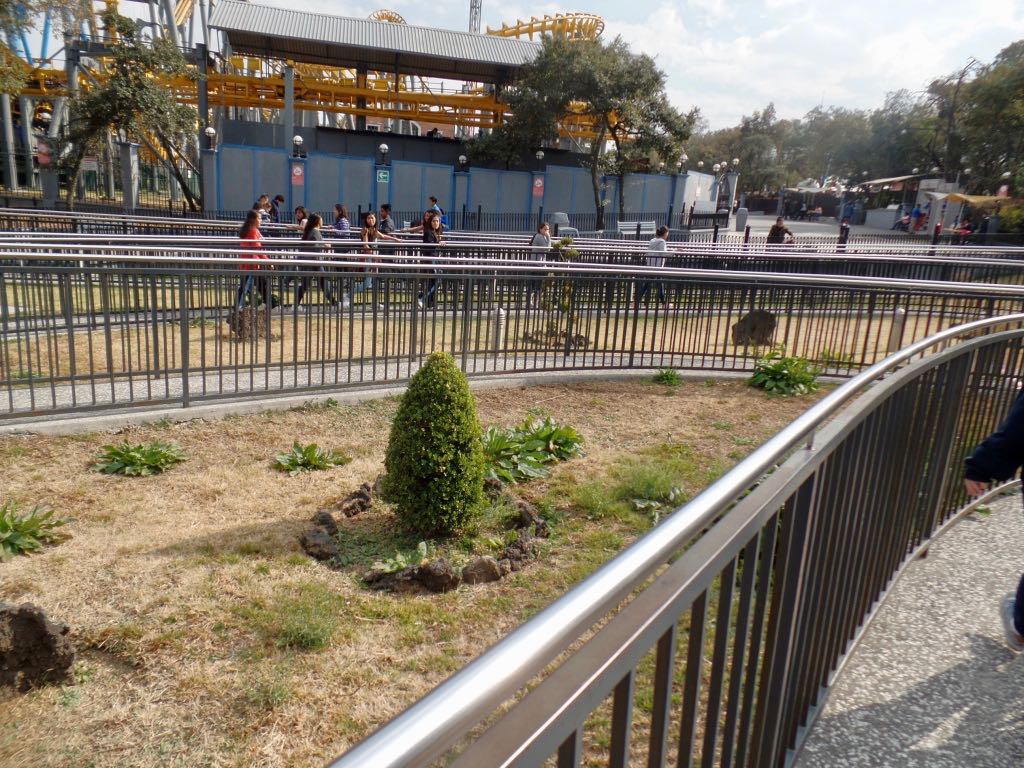 The queue outside the Justice League: Battle for Metropolis interactive dark ride seems really like ... quite a lot of queue, considering, even with all the space set aside for squirrels to romp. 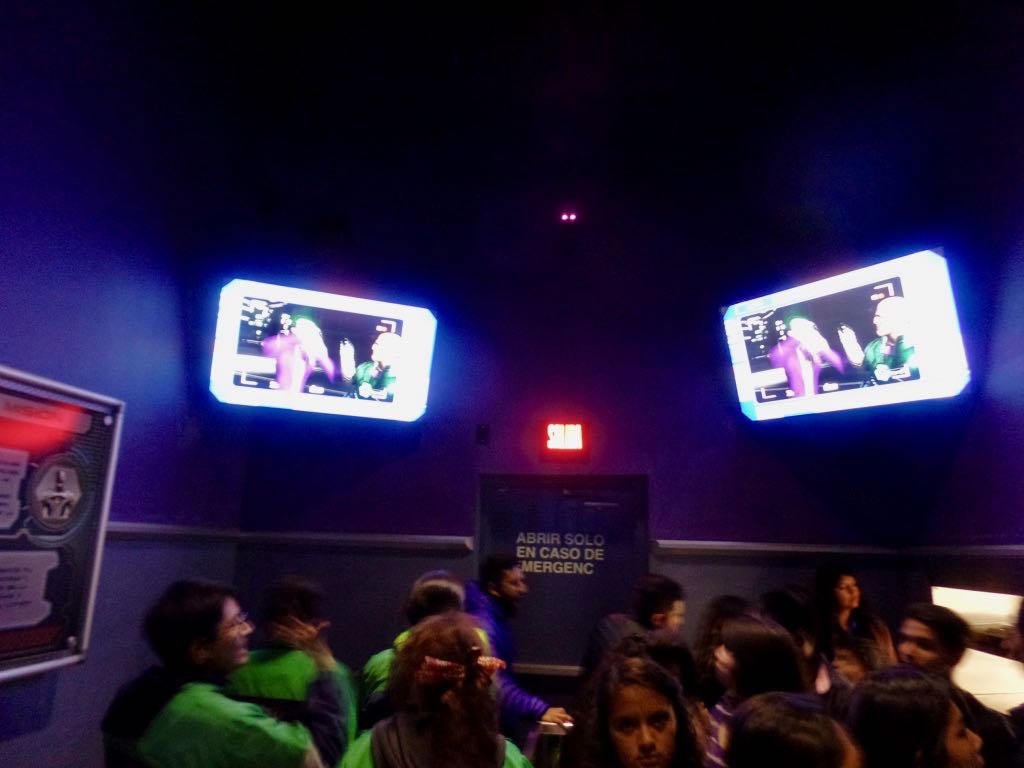 In the indoor part of the queue there's a couple TV screens showing a computer-animated movie explaining the plot: Joker and Lex Luthor are having a lovers' quarrel and they're scrooching all of either Gotham City or Metropolis depending on which one the Hall of Justice is in. 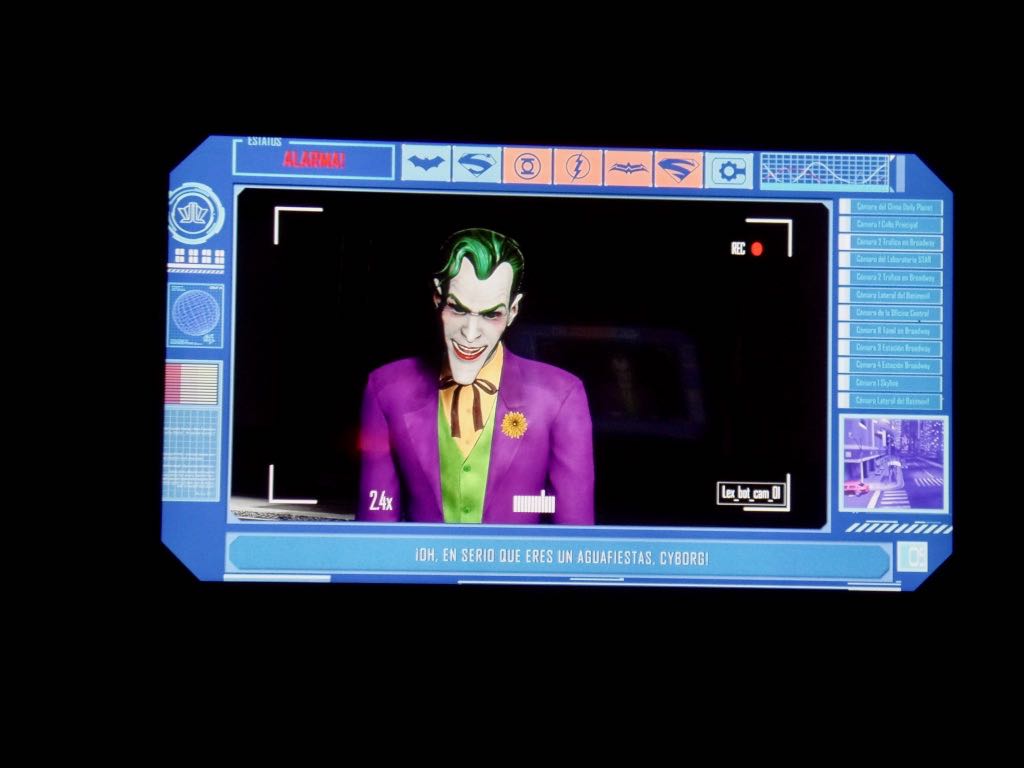 Surprisingly good picture of Joker explaining the story. It seemed to be the same animation as at the Justice League: Battle For Metropolis attraction in ... I'm going to say Six Flags Over Texas, although this was in Spanish. 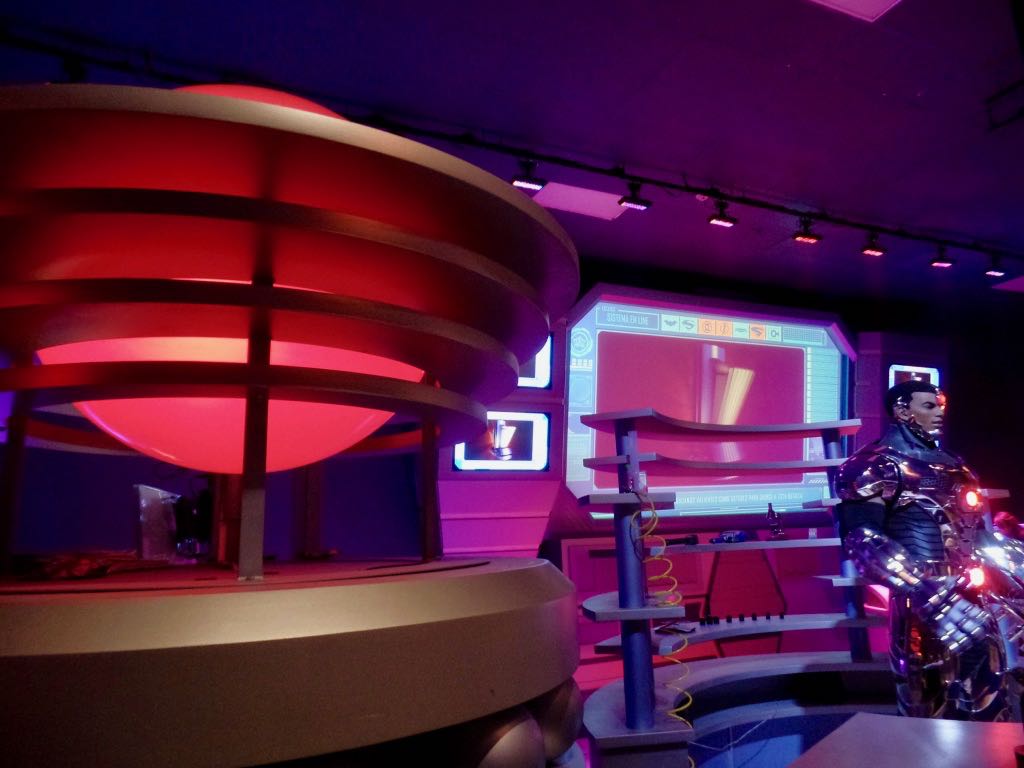 And now the important parts of the Hall of Justice: Cyborg and, of course, the Big Glowing Orb Inside Rings. 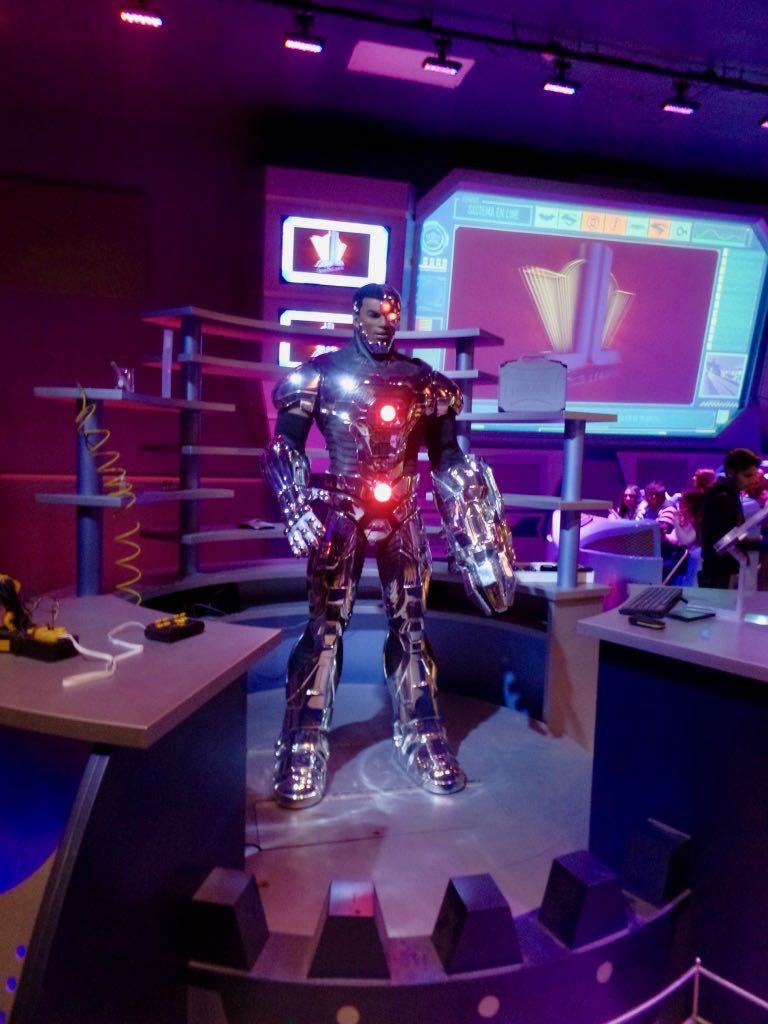 Better view of the animatronic Cyborg explaining to people who aren't listening that since all the Justice League except Cyborg have been scrooched by the Joker-Luthor alliance, there's nothing to do but send ... us ... out in little cars to shoot laser pistols at everything with a target sign on it. You know, the usual interactive dark ride business. 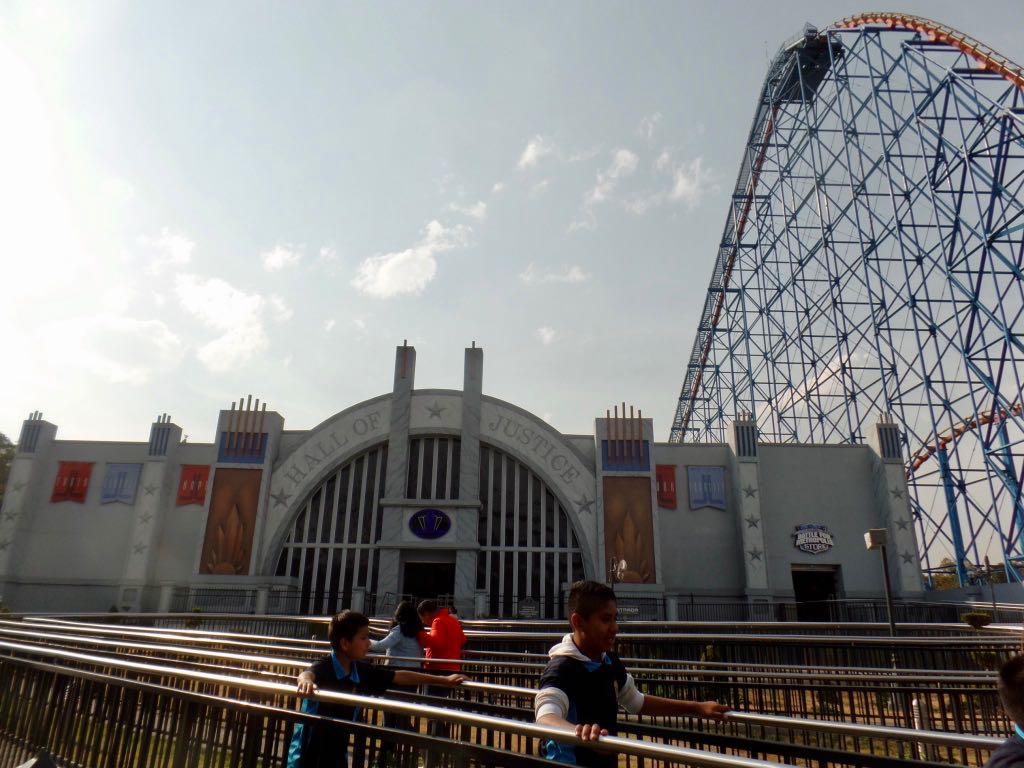 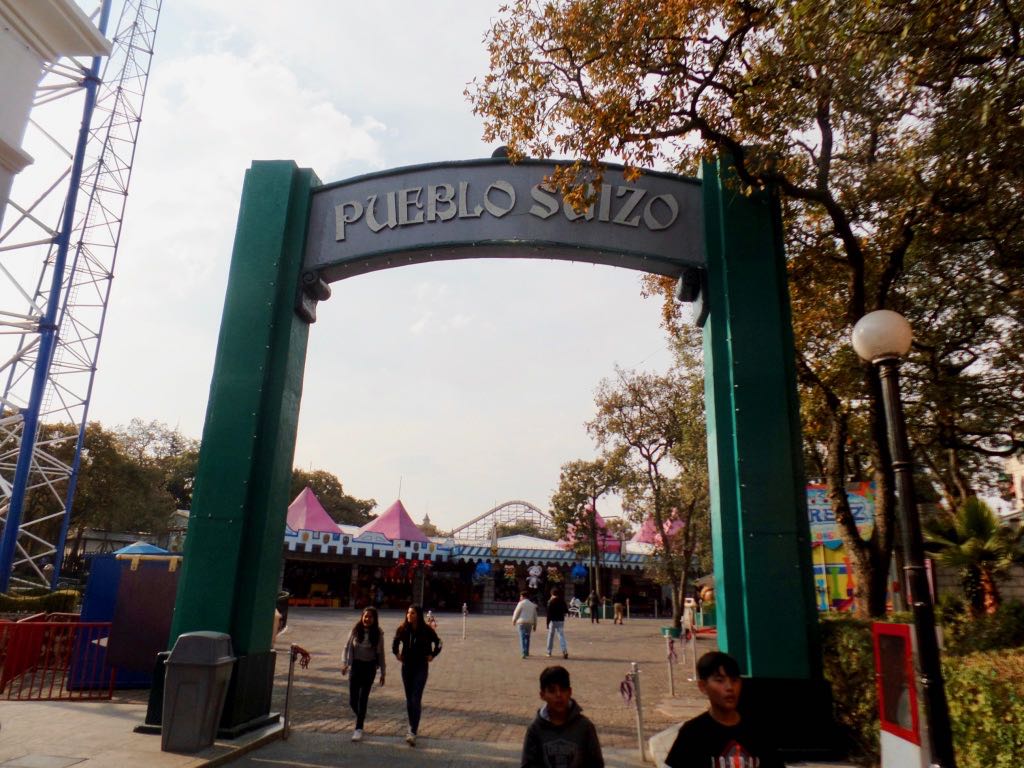 You know, in the 17th century they had real actual samurai, exiled from Japan when that country closed itself off from the world, tromping around Mexico. Why isn't there a Japanese Village? ... All right, you might want to bring in a lot of consultants to avoid any particular racefails but, done well, you would have a great theme that's actually got something to do with the location. 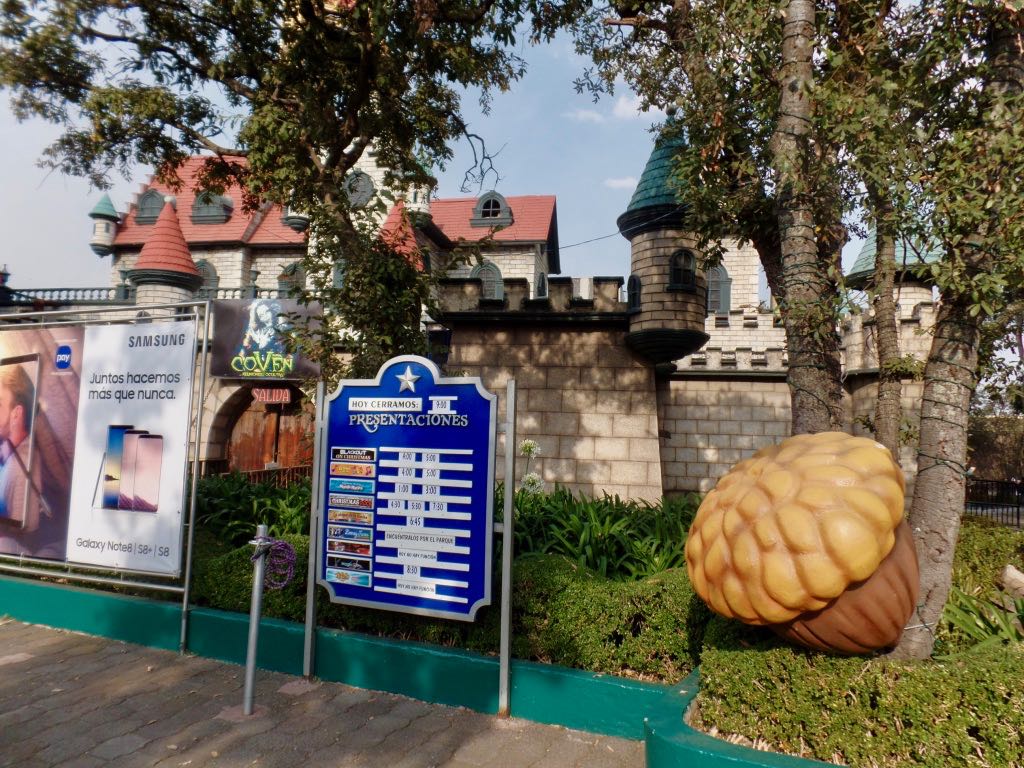 I'm not sure we understood the Swiss theming at the time. It reads a lot more like fairy-tale-castle Europe to me. </p> 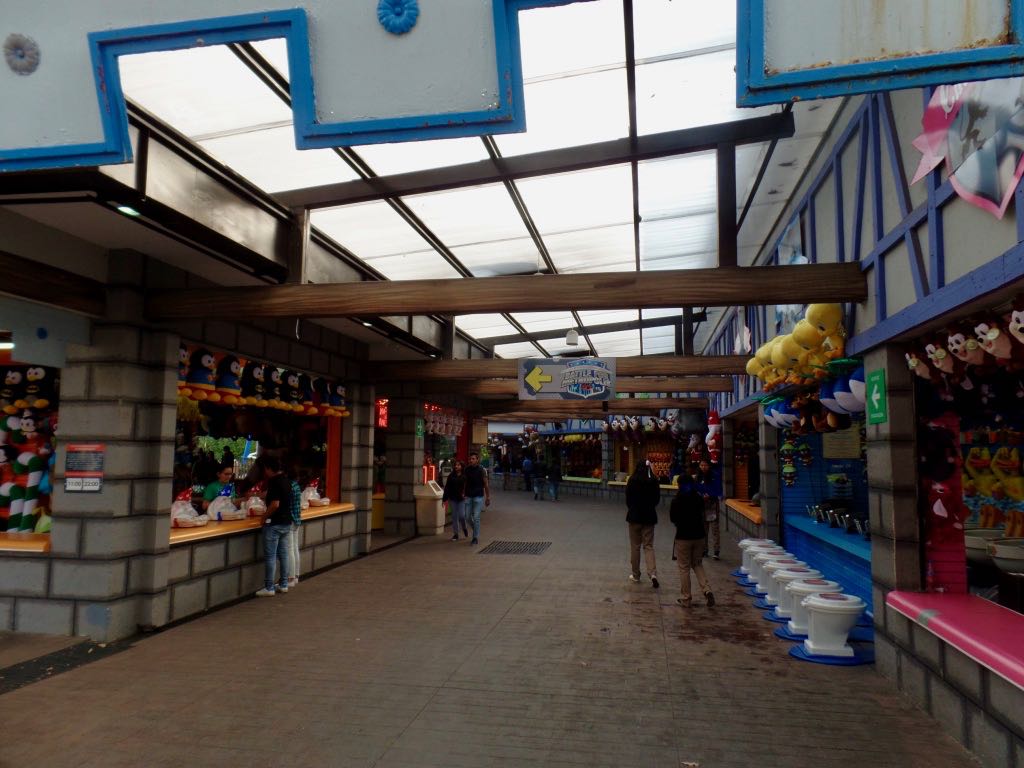 This had actually been one of the first areas we visited, as Roller, the coaster I thought was my 199th, is in the Swiss Village. But there aren't many rides and what dominated our attention was stuff like this arcade. 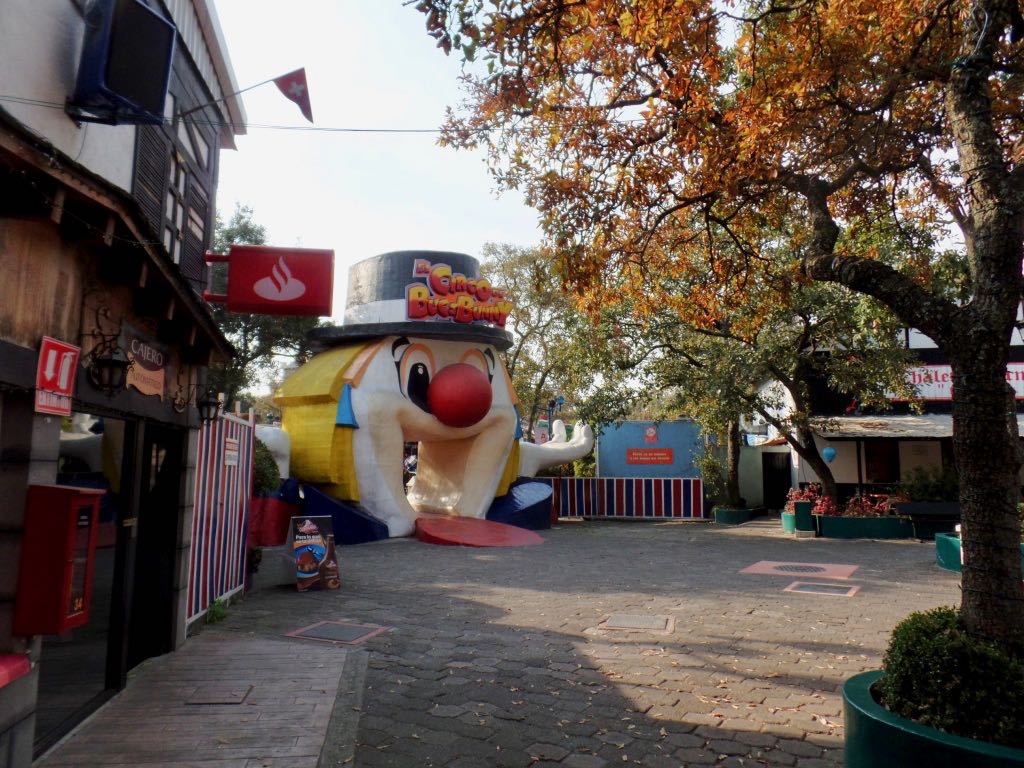 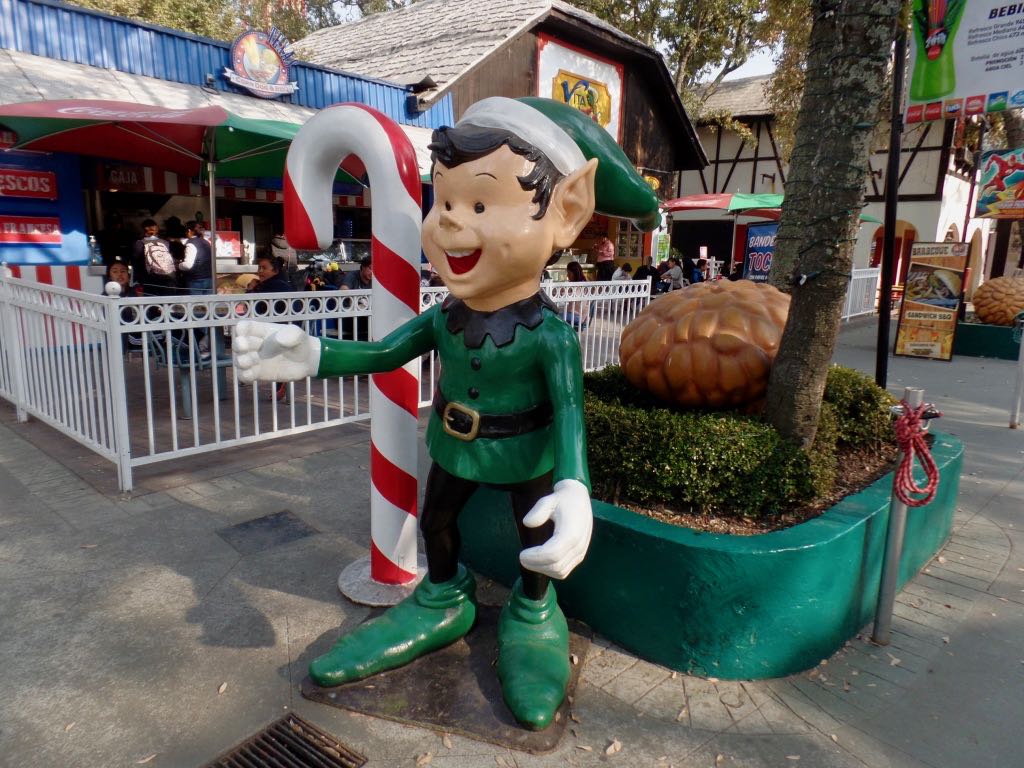 Christmas elf statue that's inside the Swiss Village and that, really, without the candy cane might ust be there anytime. I'm not sure. 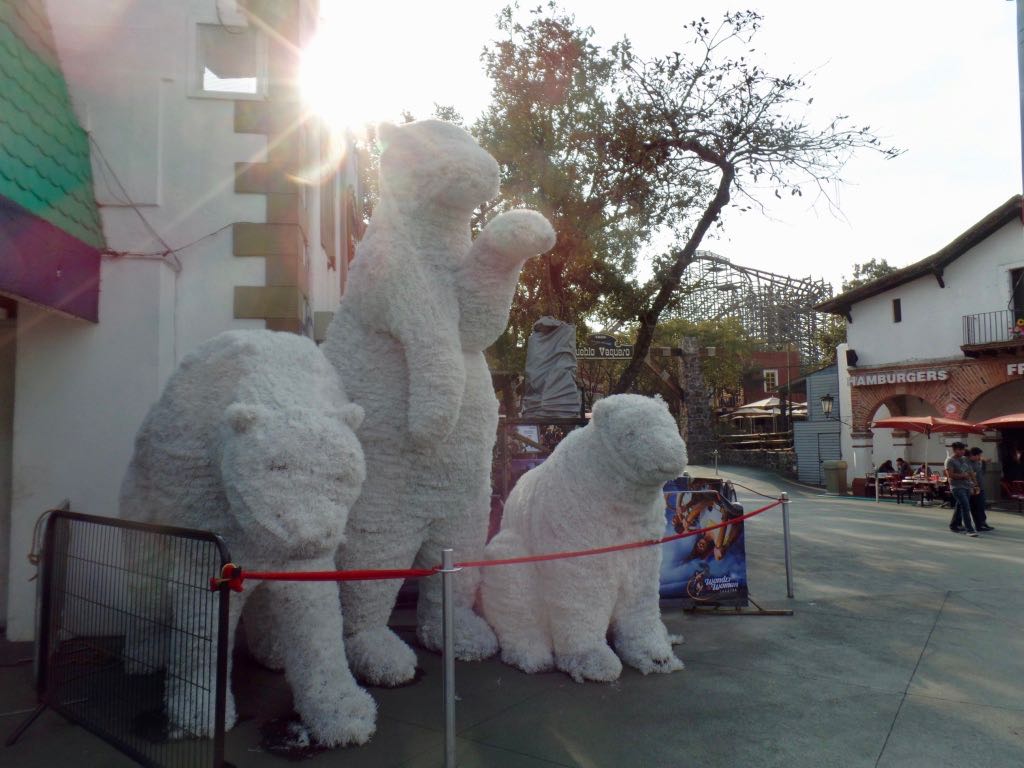 Polar bears set up near the Grand Carousel; they're flocked with stuff that looks kind of like whatever terrible, flammable thing they used in tv shows of the 60s to represent snow.

Trivia: After the floods of 1927 the Coolidge administration submitted an Army Corps of Engineers-designed flood-control plan fronted by Edgar Jadwin. The chief engineer of every single levee board on the lower Mississippi sent a letter attacking it, and 94 percent of the 300 witnesses speaking about the plan in the House hearings criticized it too. One representative asked, ``You do not expect us to accept any plan simply because you present it, and to shut our minds to any other thoughts?'' Jadwin answered, ``Yes. I think you ought to do it.'' Source: Rising Tide: The Great Mississippi Flood of 1927 and How it Changed America, John M Barry.