And how's the humor blog looking? The past week's featured stuff such as this:

Let's have some more pictures of meeting Penelope, from the first day and the first weeks with her. 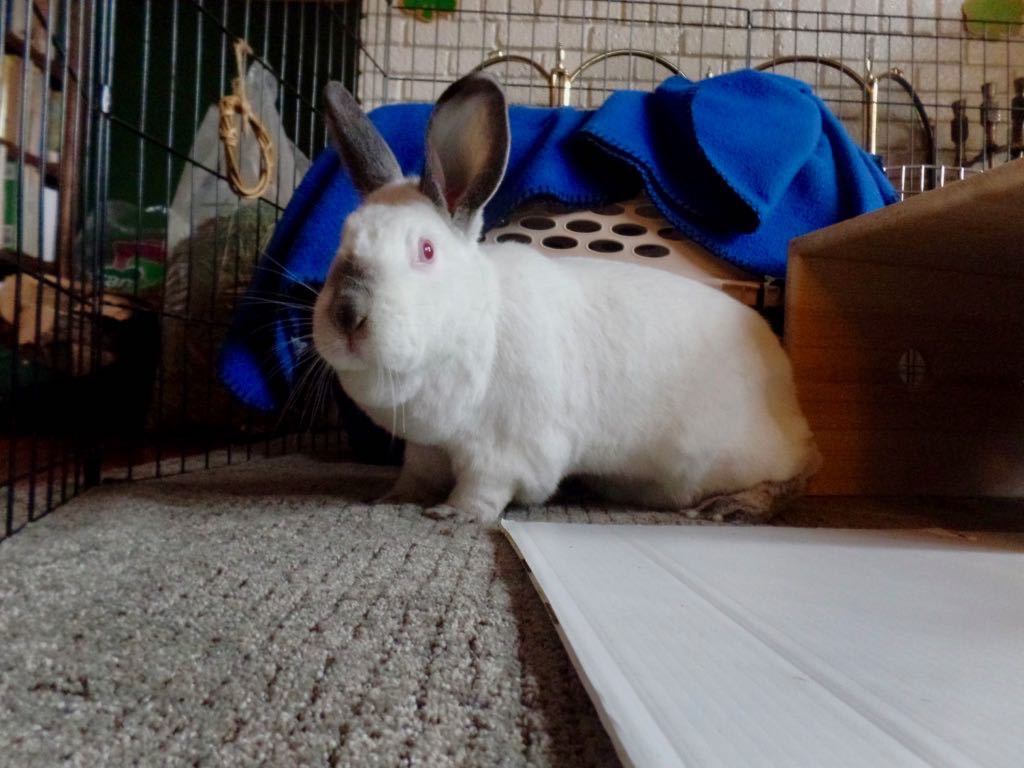 Penelope, satisfied that she has her tunnel, notices that I'm still there and fussing around with a camera. 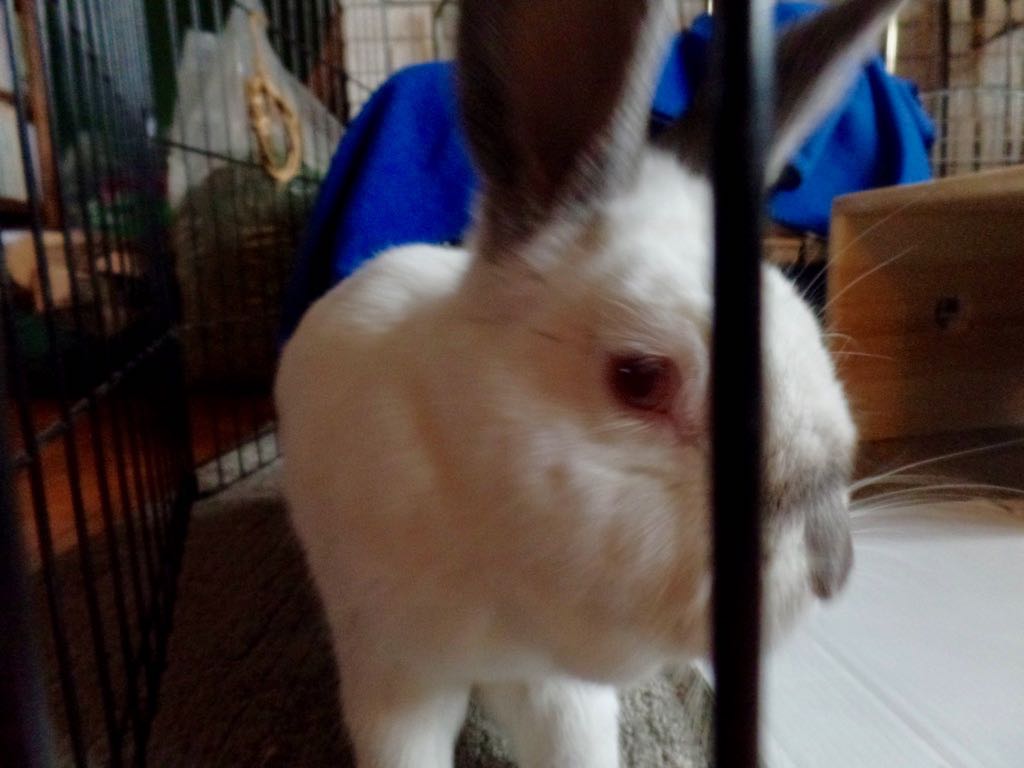 She comes over to give me a serious eye, but decides that this time, I may live. 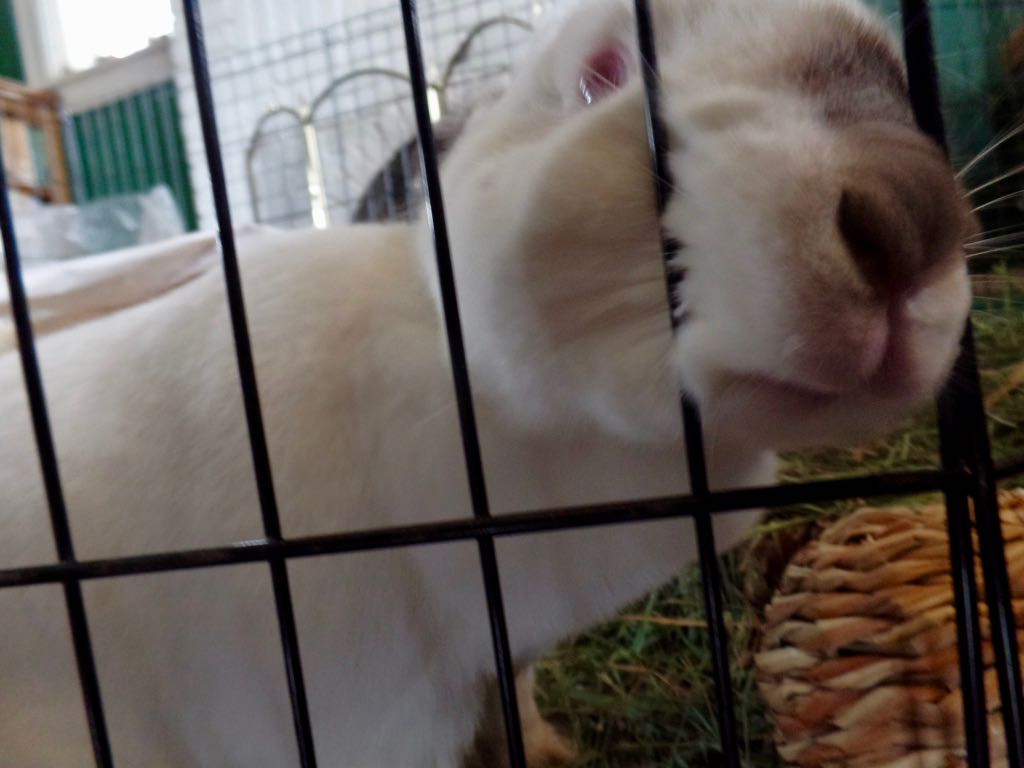 So by now she's settled in enough to feel comfortable making goofy faces through the bars of her cage. 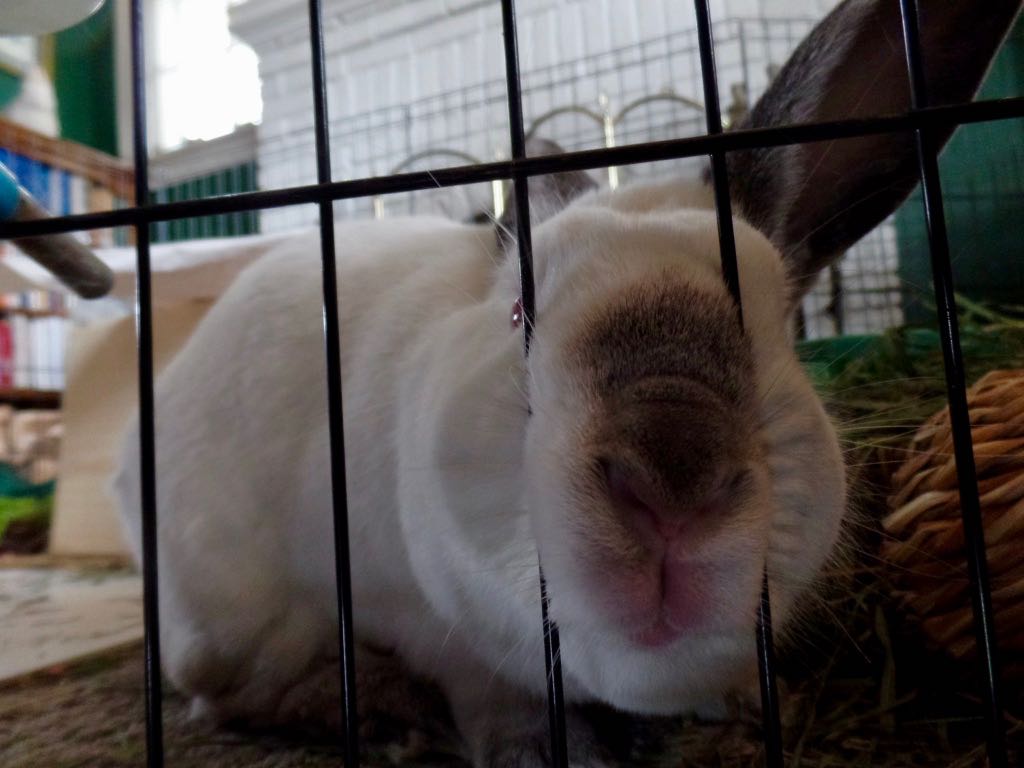 Penelope was not actually small enough to squeeze through her pen, but you know, small mammals are able to fit through way less space than you imagine. I've heard it claimed guinea pigs could squeeze through a tunnel the diameter of a quarter, if they wanted to, which they do not. 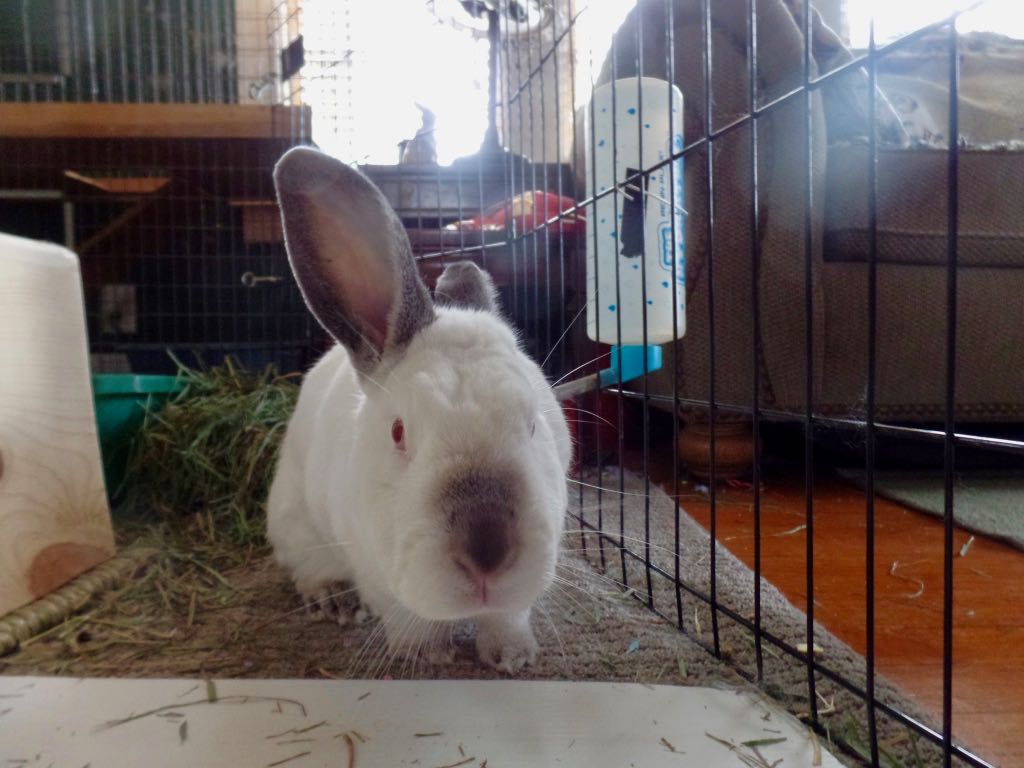 Penelope giving me one ear's worth of attention and deciding whether this insult to her dignity is enough to be worth charging the camera and clonking me over. 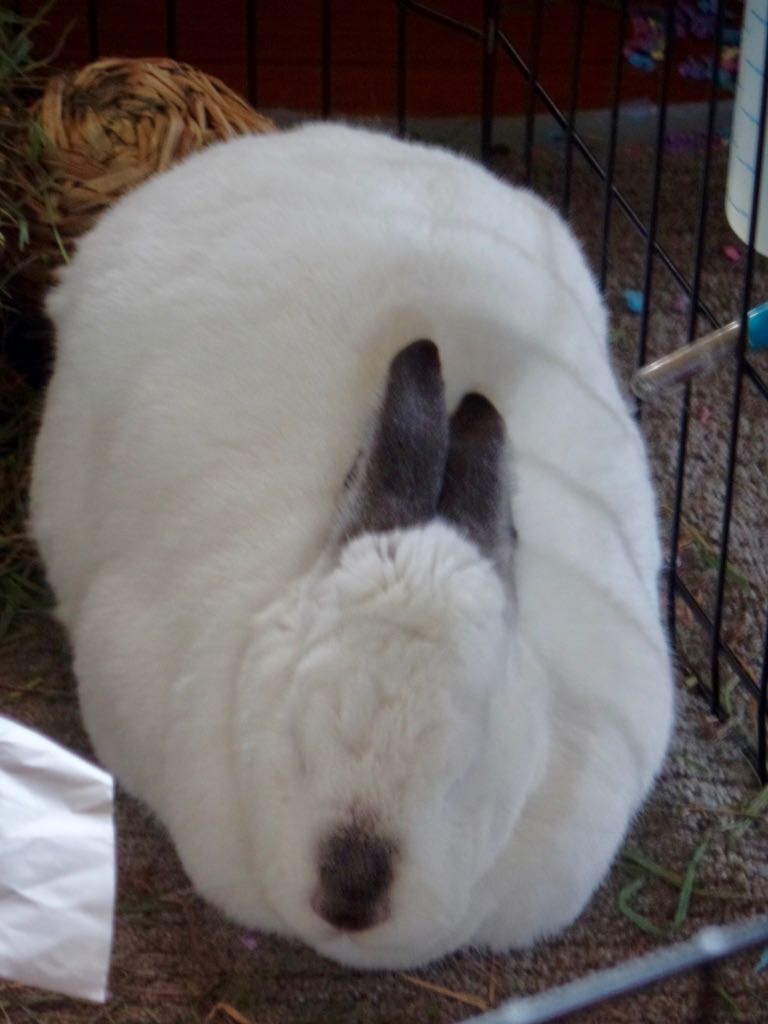 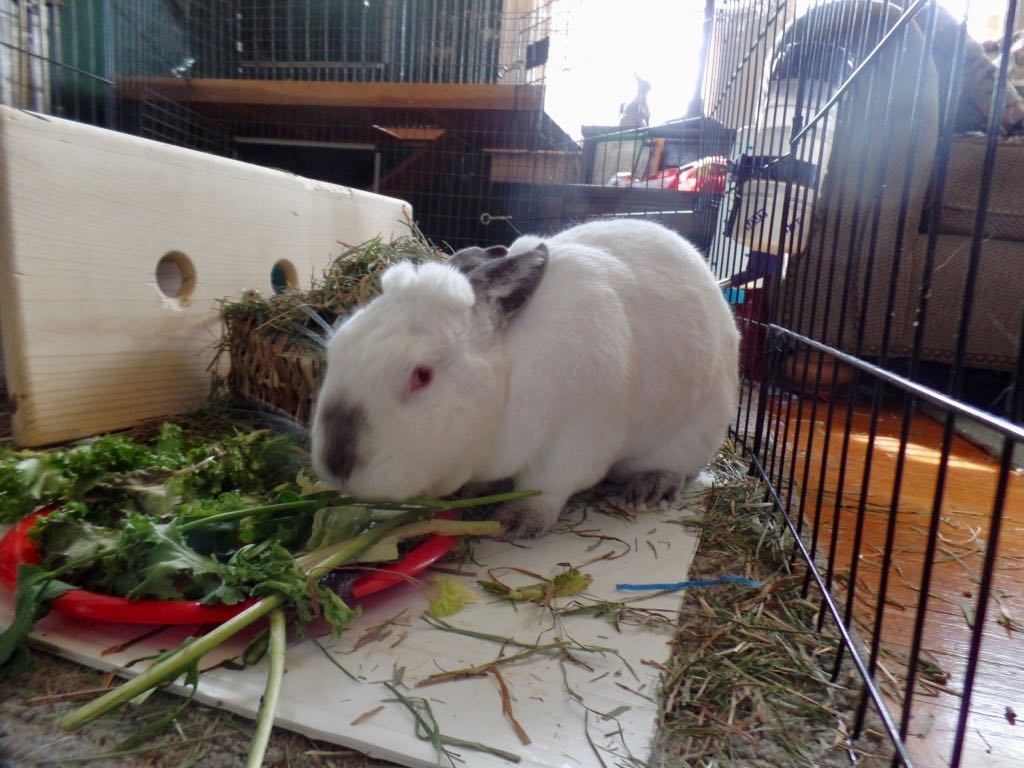 A week or two on, Penelope enjoying a meal. Or trying to enjoy a meal, if I'd stop shoving this camera in her face. 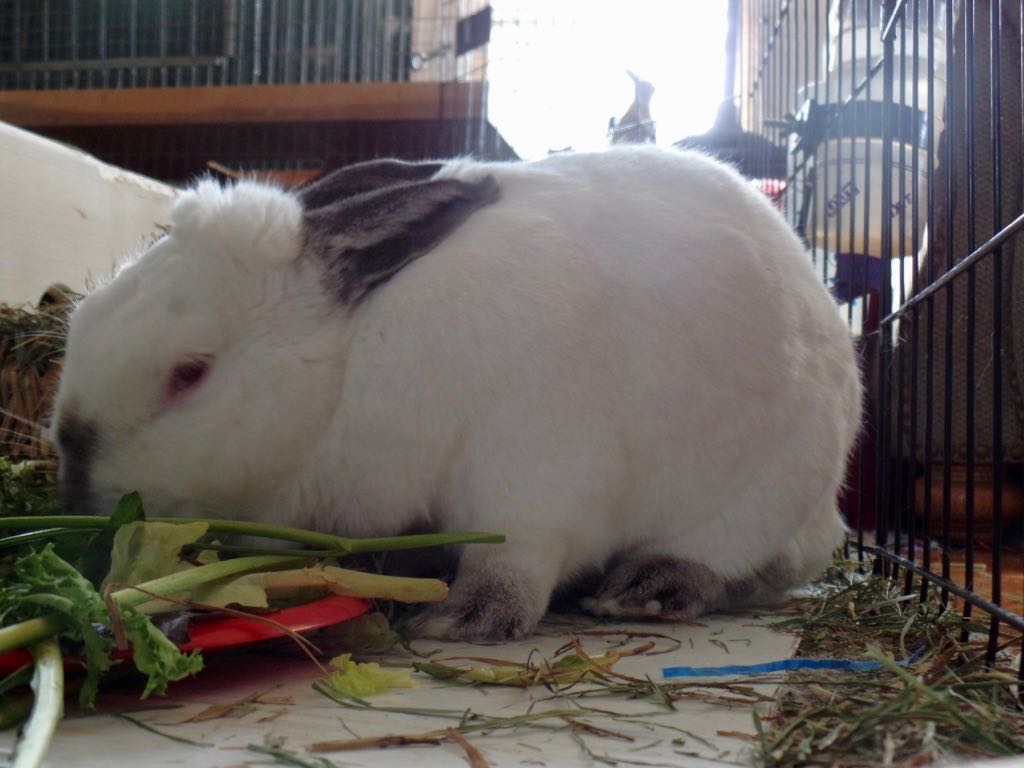 She decides to continue but is going to keep an eye on me. Gorgeous head fur, though, that I don't think was the result of our ruffling her head any. 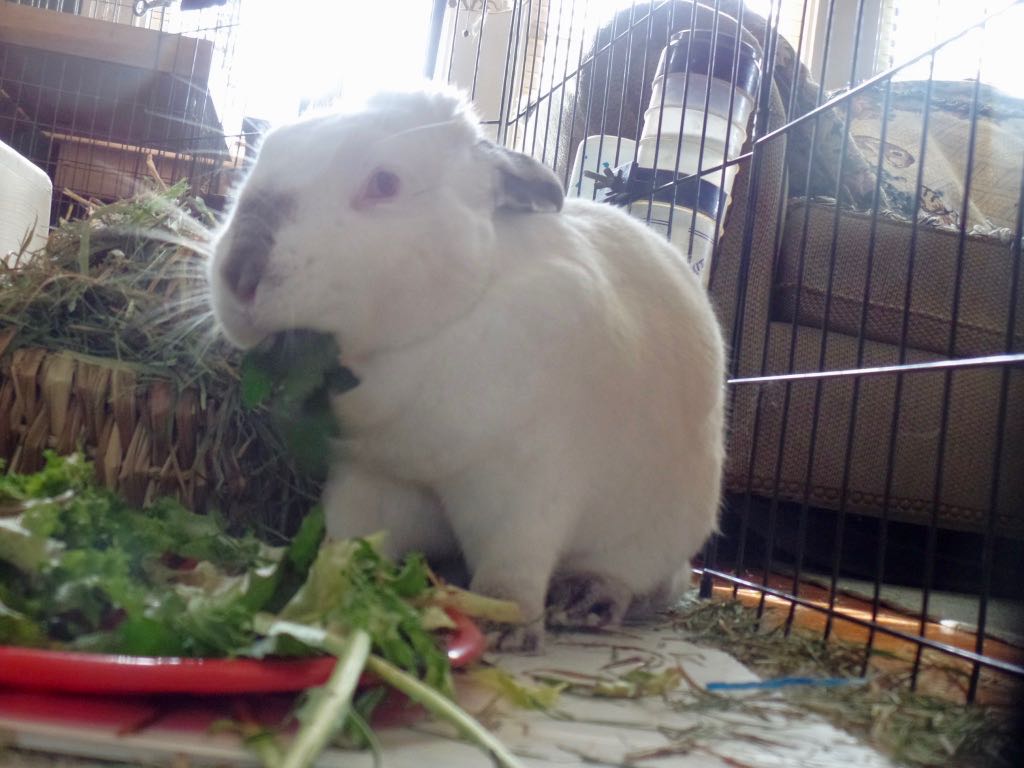 I realize that she's backlit, but it adds this great illumination to the shape of her head. 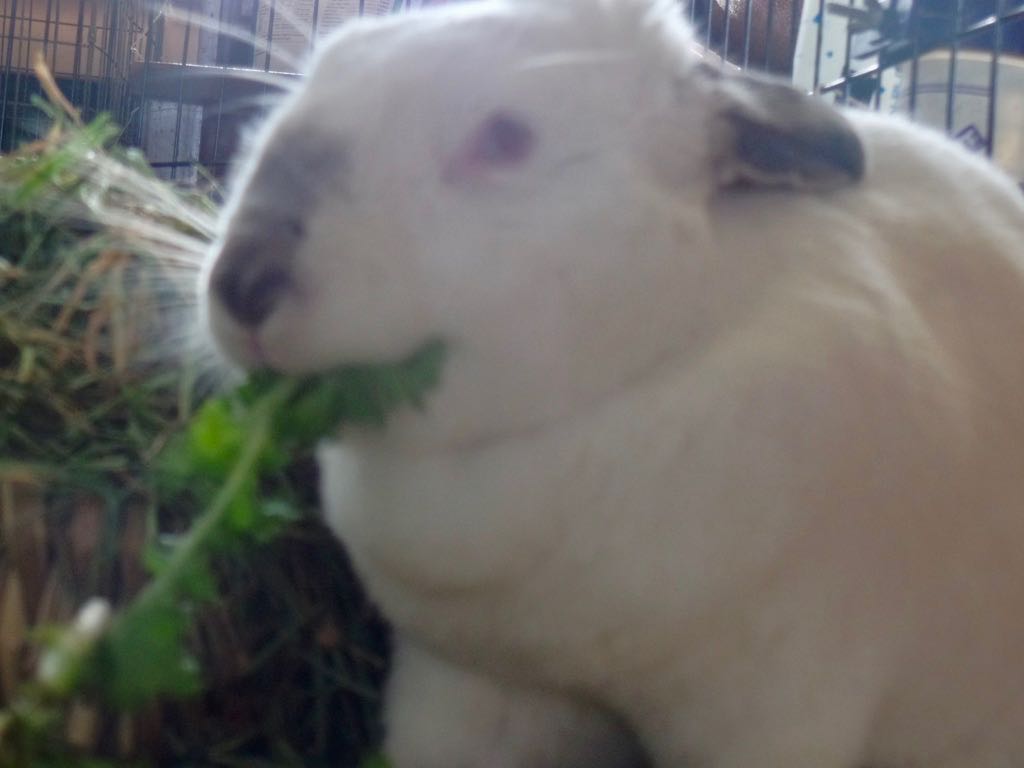 For some reason the camera decided the thing that needed focus was the wire cage in background. But there's still something nice in the soft focus on a rabbit with her mouth full of greens, and what she's planning to do with it. 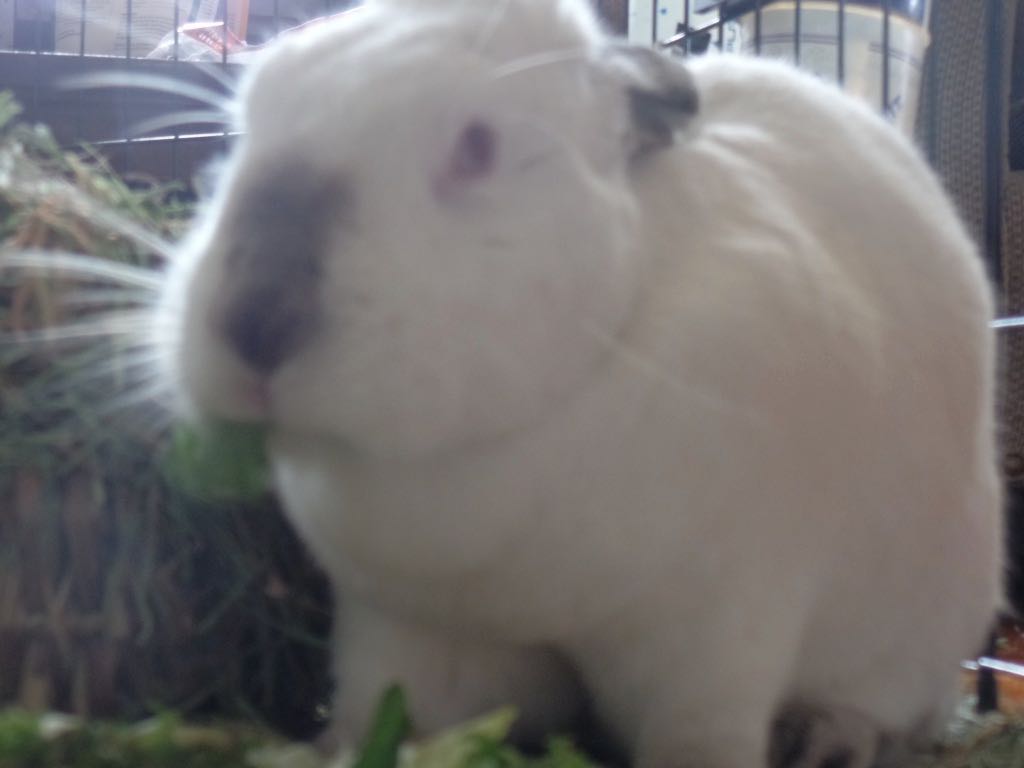 ... which is this. The ability of rabbits to eat long strands of things without interruption is always a delight to us.

Trivia: Steinman, Boynton, Gronquist & Birdsall, the successor firm to the architects who designed the Golden Gate Bridge, refused to sign a contract to retrofit the bridge to meet higher earthquake safety standards following the 1989 Loma Prieta Earthquake. Source: Engineers of Dreams: Great Bridge Builders and the Spanning of America, Henry Petroski. (The firm felt it was being asked to provide more security than even Bay Area traffic authorities were.)

PS: My 2019 Mathematics A To Z: Buffon's Needle, a famous question of probability and numerical computing.