Stern put together a promotional thing for their Deadpool pinball game. Any game played during an International Flipper Pinball Association-sanctioned tournament was open to qualify on a worldwide leader board, with the ten best scores getting prizes. This is a bit wild, particularly since the operator of a pinball table can do much to adjust a game and make it easier or harder. Stern's rules were that a table had to have the default-or-harder manufacturer's settings to qualify, although everyone was really on their honor for that. As for the fact that some tables are just friendlier to the player than others? Well, we live in an unjust world, that's all.

bunny_hugger had a great idea to get Lansing players, and particularly DMC who is an absolute master of Deadpool, on that high score table. Thus was born the SummerSlam tournament. She picked seven tables, Deadpool included, and held a Herb-style qualifying tournament in which you could put in qualifying scores ... really, anytime she or I were at our local hipster bar, all summer long. We did our best to be there at least one evening a week, each week, with the time announced at least a day ahead, so that people had a fair chance at actually getting there. We'd also take scores around Lansing Pinball League nights.

As a strategy for getting on the worldwide leader board? This was spectacular. Over the summer Lansing player occupied as many as four, and I want to save five, of the ten top spots. I think seven different Lansing League Players were on the board at one time or other, and even at the end, we had three people represented. DMC did not win the world championship. AJG beat out everybody with a score about four times what anyone else managed, in the last weeks of qualifying. (This after his first killer score was voided when it was discovered that it was done on a game played, yes, during a league night, but after league had ended and not as part of competition.)

The Wednesday after Pinburgh we held the championship, two rounds of head-to-head play among the top eight finishers. You need some head-to-head play for the IFPA to consider the tournament worth anything. Two rounds of three games each isn't much, but that plus the very many hours of qualifying for seeding gave the tournament quite some value. It was worth almost as much as the whole Lansing Pinball League season would be.

bunny_hugger and I did not make it out of the first round of play here, sad to say. And DMC, to our surprise, didn't win; RED came out on top, helping his quest to mess up the state championship standings. He's far ahead of both me and

bunny_hugger and is just going to stay there.

People got weirdly competitive about SummerSlam, considering that all they could get out of it was a simple medal and bragging rights. But they were constantly asking for more qualifying hours, so, it's great to see people enthusiastic and excited about just playing. Also, one of the games was Medieval Madness. Our bar replaced its original Medieval Madness wit a different unit of the same make. This new one plays a lot worse, and people had been quietly shunning it, encouraging everyone to be kind of bad at it. But now there was three months of particular reason to play this game, and that's caused people to learn just how the table actually plays. Which is a little worse than the old one, but not so much worse that the game's unplayable. We just needed to be made to stop complaining and learn to play. As the one person who sort of knew how to play this Medieval Madness before SummerSlam got started, I'm sure this will be a good thing for me, personally, in future.

Trivia: The first dialed telephone calls from New York to London and Paris were made in 1967. Source: Telephone: The First Hundred Years, John Brooks.

PS: Reading the Comics, September 7, 2019: The Minor Ones of the Week, comics that I don't write an essay about. Has this blown your mind yet?

PPS: Some more stuff around Theios, which isn't there anymore. 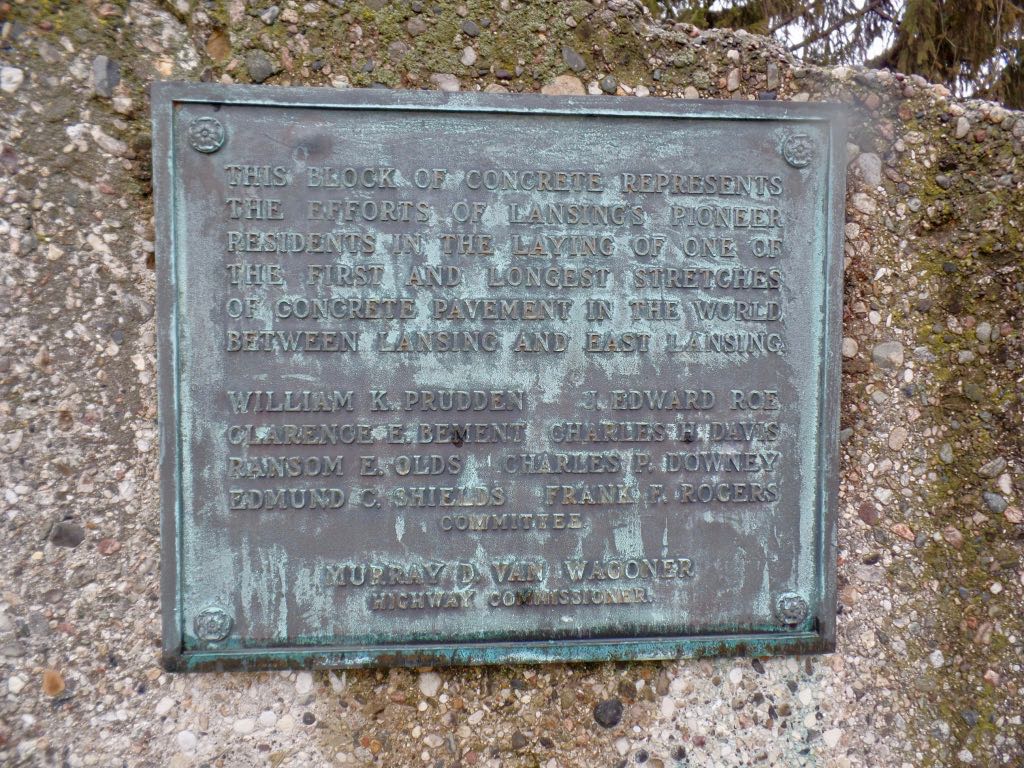 Also on that traffic island is this faded copper plaque commemorating ``one of the first and longest stretches of concrete pavement in the world between Lansing and East Lansing''. So it has to commemorate some Good Roads movement project of the 1910s. 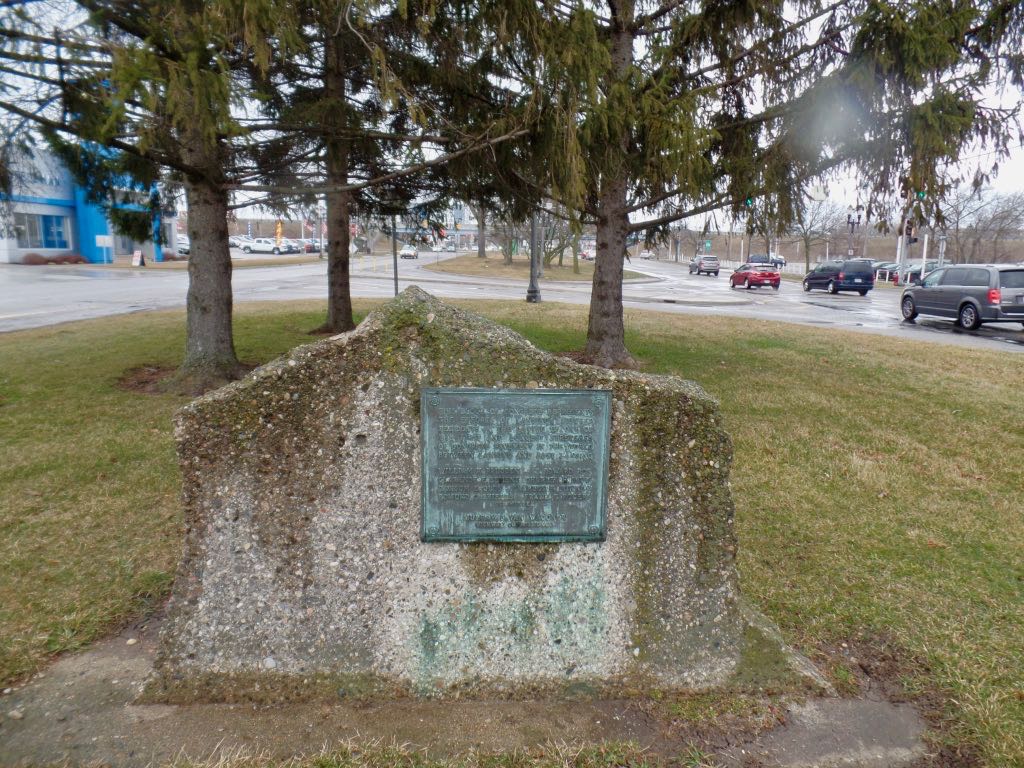 The plaque, seen in its context of sitting on a weirdly shapeless concrete wall on the median. Fun fact: nobody knows just when this plaque was placed there, or who exactly placed it. The names on it date the plaque to the early-to-mid-1930s, and that's all about anyone can say with confidence. 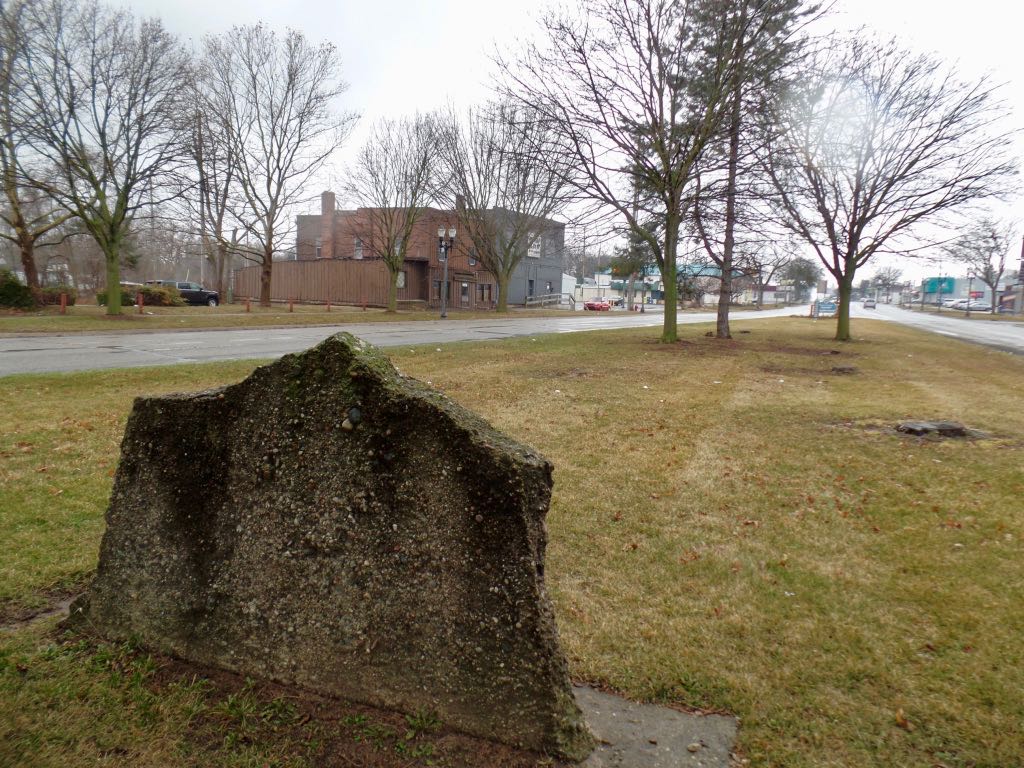 The back side of that irregular concrete wall isn't decorated or explained in any way. If it were possible to hide a letterbox here this would be a fantastic spot to memorialize. It would be a good one for a virtual geocache too, if you'd like.