Like most people I was born in September. In the state of Michigan this means that my car registration also lapses in September, so I got the form for updating that in the mail. Usually I'll take this to the Secretary of State office. Michigan does not putter around with a mere Department of Motor Vehicles. A city that'd be big enough to have a DMV has a Secretary of State office, where you can do all the business that might need to be done with Michigan's Department of State, including submitting a document to be embossed with the Great Seal of the State of Michigan. I didn't need anything that significant.

Anyway normally I'd take this to the Secretary of State Office that's just down the street, in a strip mall adjacent to where the Kroger's and Michaels's are. They have an automated vending machine that'll do it. But this year I was also up for my drivers license renewal, and that couldn't be done by mail or by automated machine. So I might as well actually go in to the office.

I failed to make an appointment before going in, my dumb oversight. So I spent a while sitting in the lobby, reading my book and watching with a vague anxiety as numbers got called and they mostly weren't mine. The numbers were all a letter followed by a three-digit number and I had thought that the first letter signified what kind of service someone needed? But mine started C, and I'd think that would be the most common thing someone would be queueing for, and it was definitely not the most popular letter. Maybe the letters were assigned randomly, but then why where the C's in the upper 500s while, like, the A's were in the 200s? It's a shame there is literally no possible way to look this up.

Well, my new license is to be a Real ID-compliant license. This is like the old driver's license except that it has a star on it. To get this I had to bring in my passport (easy) or my birth certificate (who are these people who have copies of their birth certificates?). Also just for my license renewal I needed to get my eyes re-checked. This was not a rigorous test --- reading a line of eye-chart letters and confirming that I could see flashing lights --- but it's nice to know my eyes have not gotten that bad in the last four years.

Getting my Real ID-compliant license will take a couple weeks while they work out that I'm a white male. In the meanwhile I have my old license, stapled to a Temporary License form. I'm curious how this will affect the thing I most use my drivers license for, which is my community-member identification when I borrow books from the Michigan State University library. I know it looks all suspiciously sketchy to me.

PS: Reading the Comics, September 21, 2019: Filling Out The Week, Part 1 Edition, getting some stuff done. 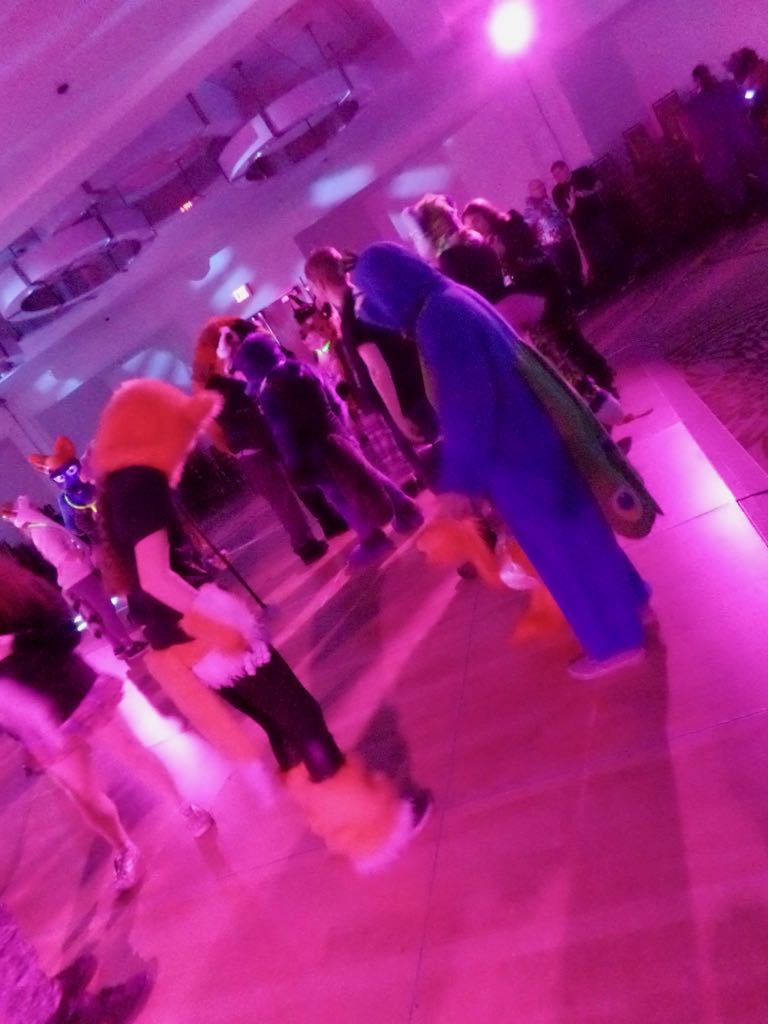 Archimedes getting some time on the dance floor.

bunny_hugger in in her peacock kigurumi here. 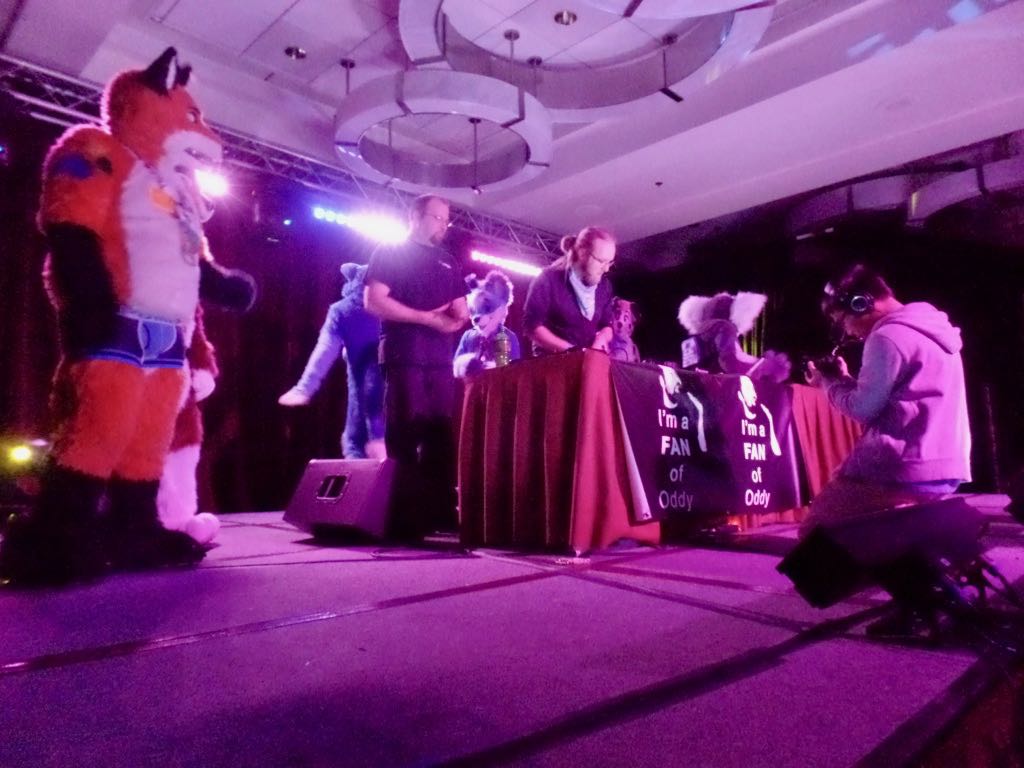 Several fursuiters help the DJ out by being on stage too. 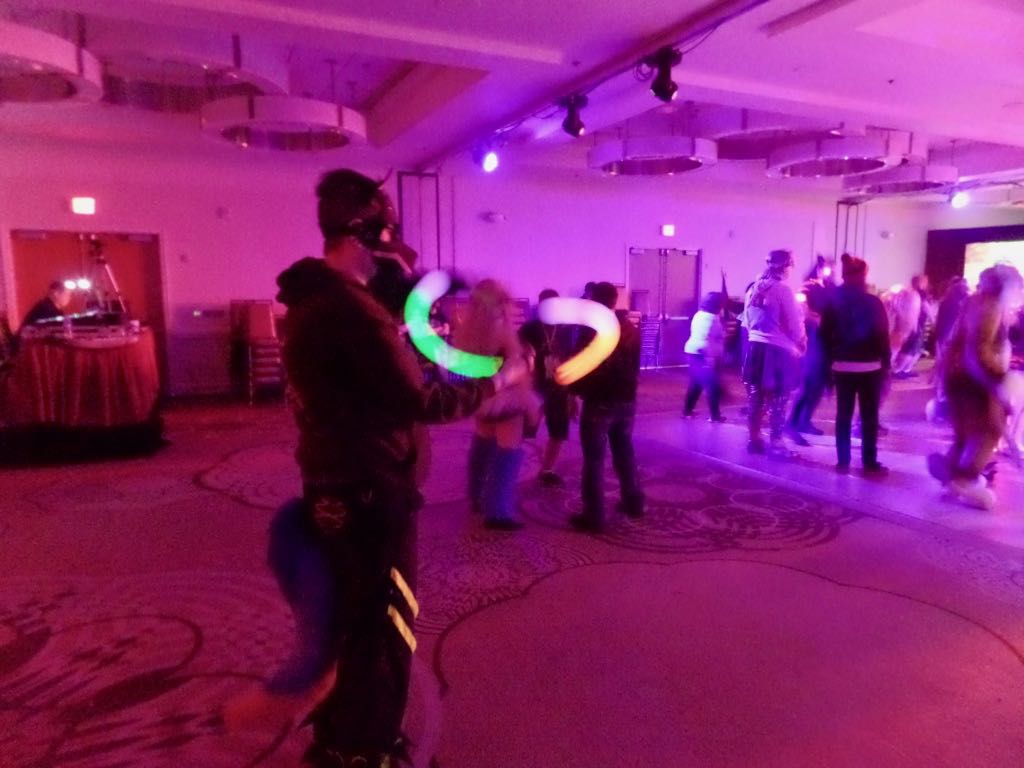 Guy in a dog mask twirling glow sticks around on a string, producing something that looks like 80s movie special effects.