Now back to the 2018 Pinball At The Zoo. Some of Friday, some of Saturday, since there weren't quite enough interesting pictures of Friday. 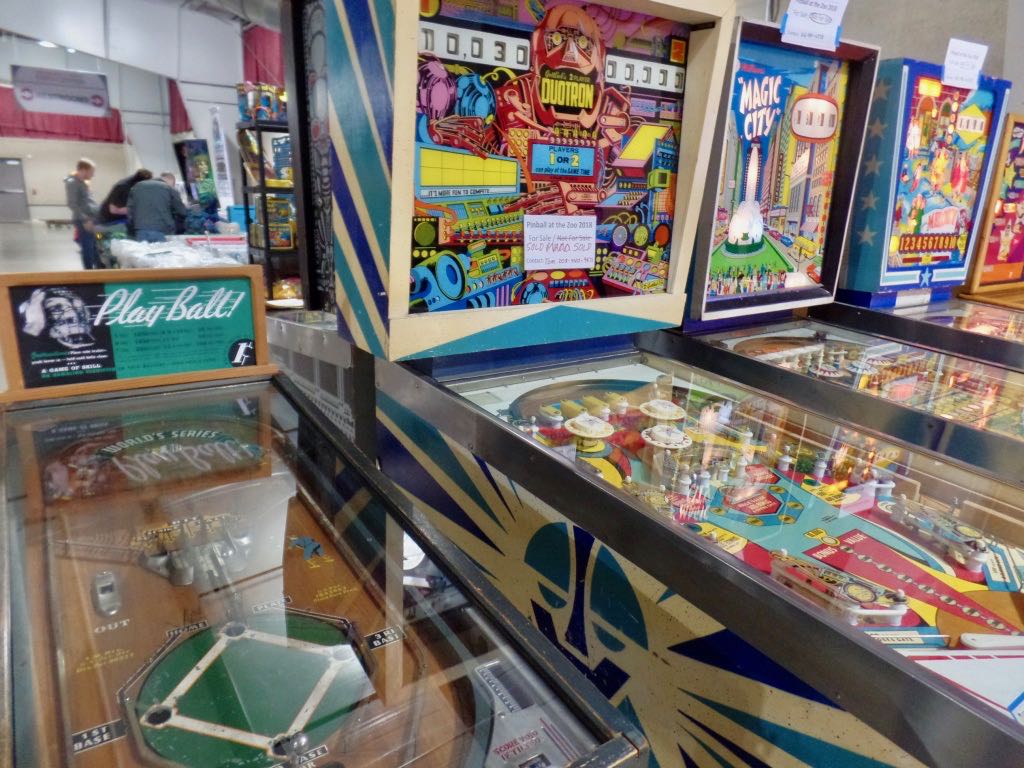 And here's context for that World's Series: it was there next to Duotron and a couple of early-60s games. Magic City has been at the Silverball Museum in Asbury Park forever and like one time in 20 I play it like I know what I'm doing. 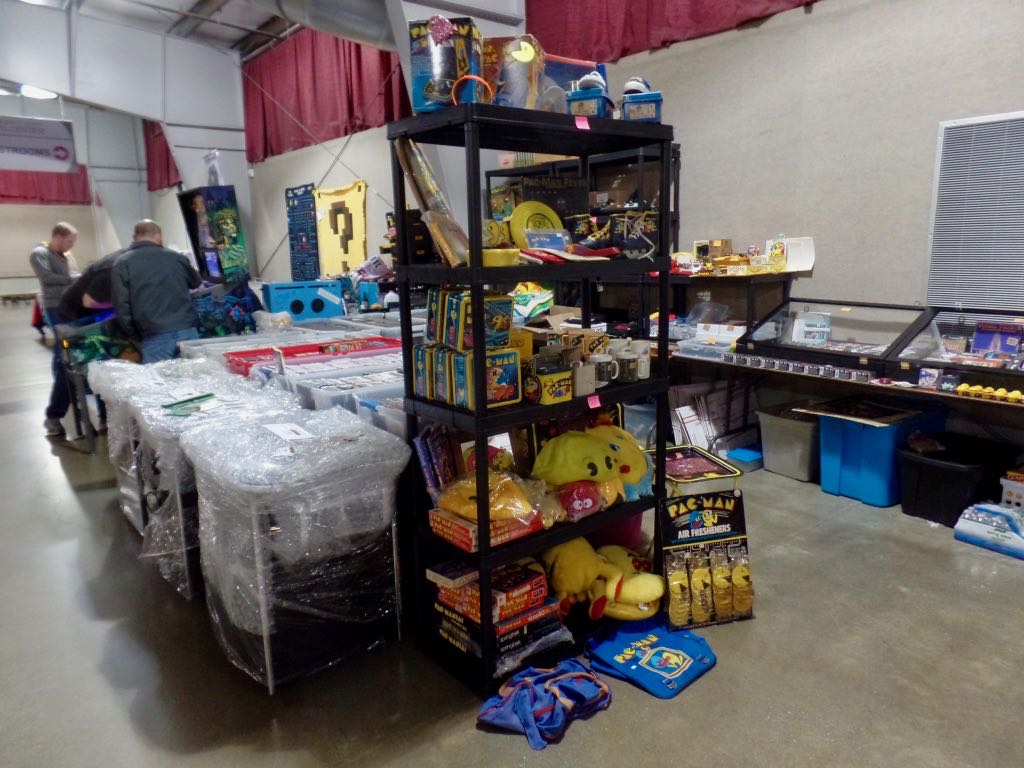 Pinball At The Zoo isn't just for pinball, of course. It's for selling all kinds of stuff that seems like fun to own, for a little while anyway. 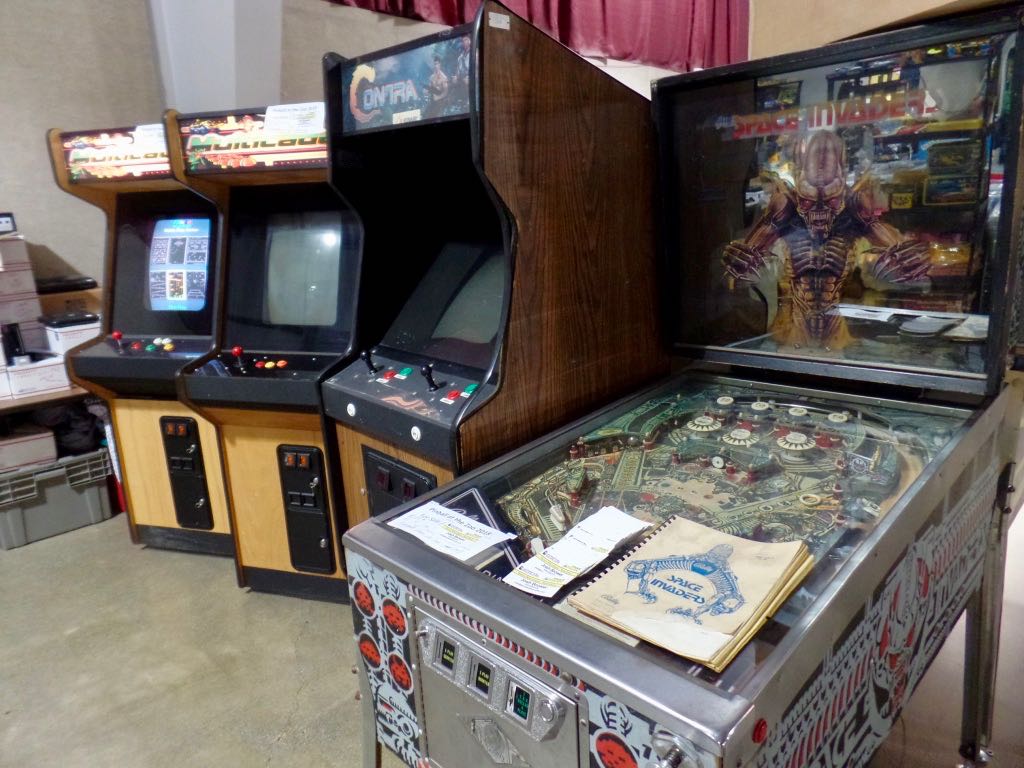 A couple of arcade games and the Space Invaders Pinball, for sale. Complete with manual! 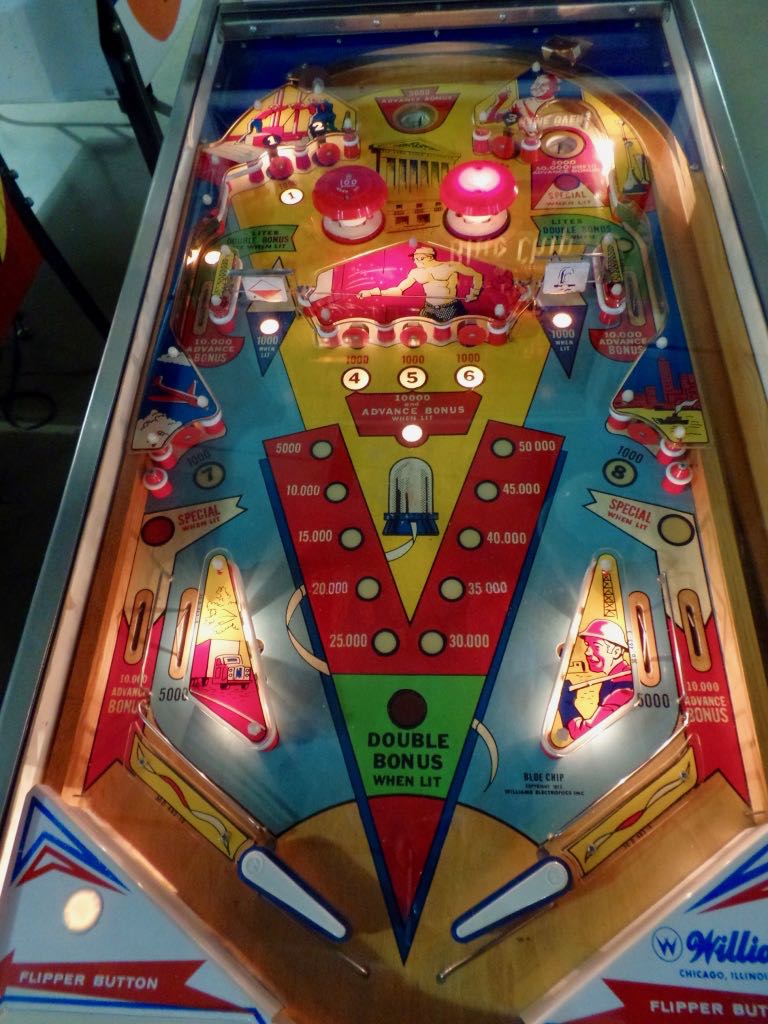 So here's the playfield for Blue Chip, the electromechanical game that's just been haunting us all summer. (RLM had it at his place, and then AJH bought it and it became a regular of Fremont tournaments.) The real goal of the game is to hit the #2 standing target (upper left of the playfield) and the #5 standing target (dead center), each of which lights a spinner for a thousand points a spin. Then shoot the spinners. The V target, and the lines of lights for the bonus there, make a pretty good guide to where to aim. This was one of the side tournament games for the show that year. 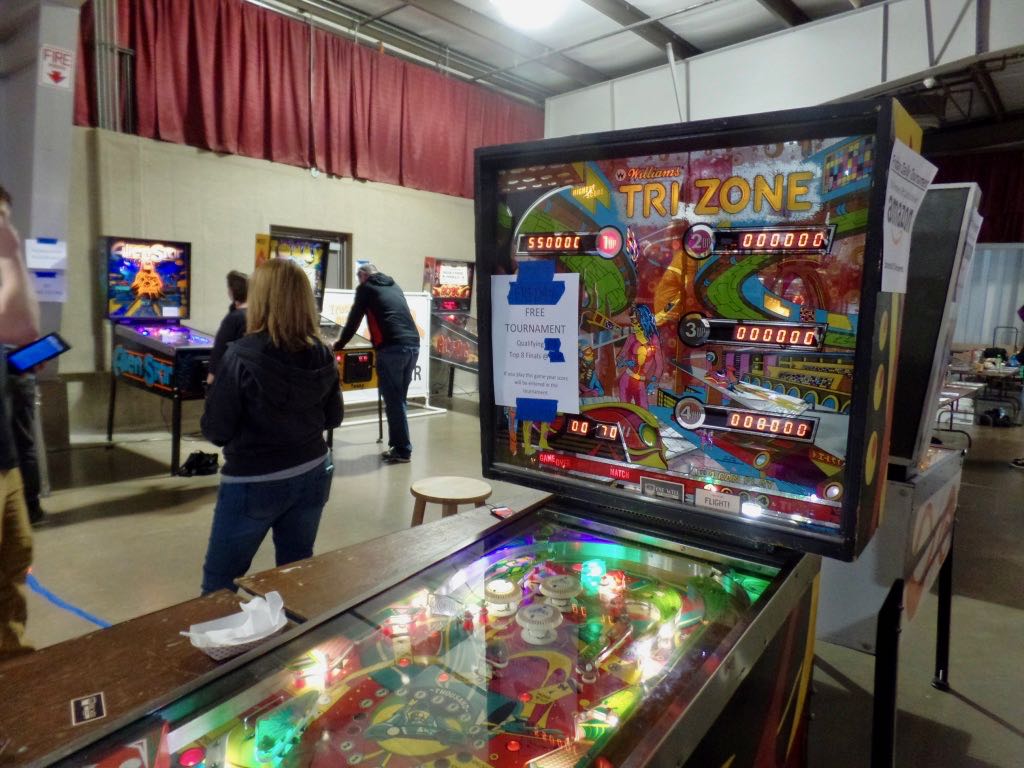 And one of the other side tournamen games: Tri Zone. This is a different instance of the table that we own ourselves. This one is crazy harder. Not just because it's always hard playing your-table-but-not-yours. It's also much more tilt-prone and that keeps getting people. 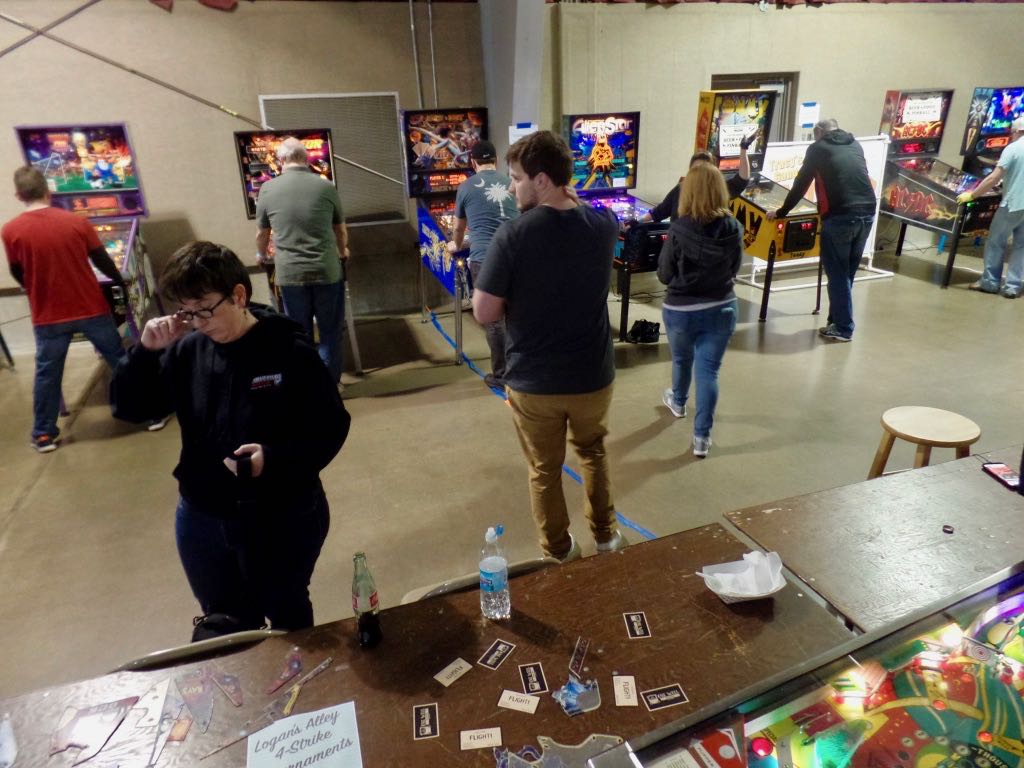 bunny_hugger takes a moment to reflect while AJH looks on. 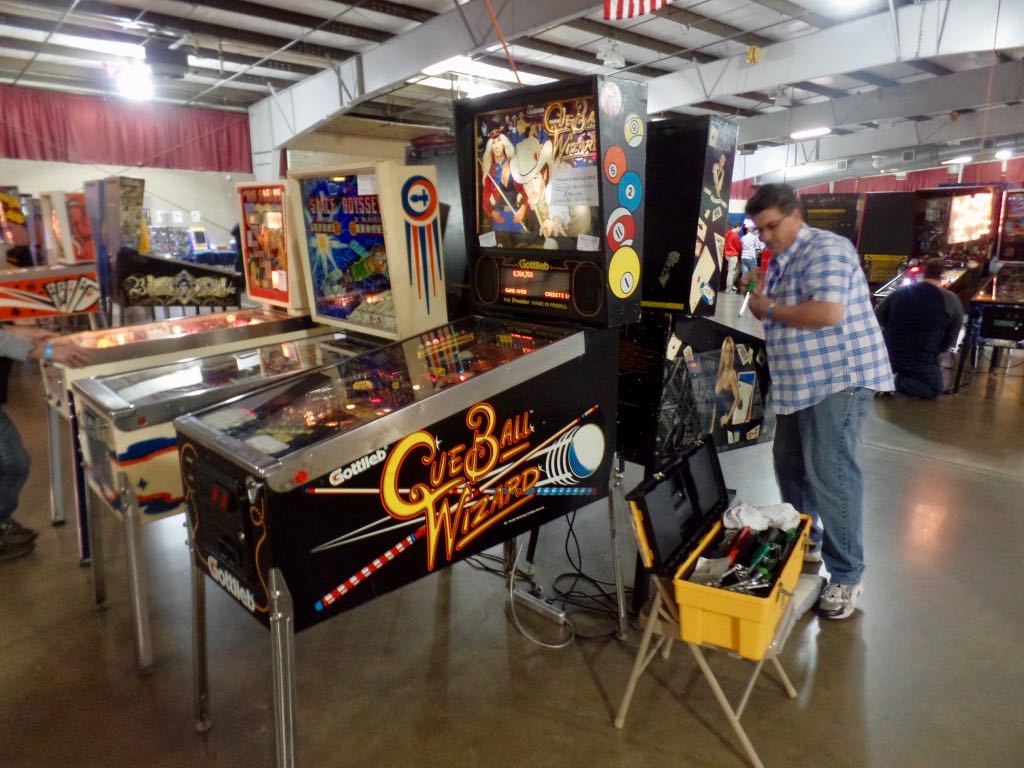 Emergency repairs under way on World Poker Tour. The Cue Ball Wizard game here was a stalwart at Fremont tournaments and

bunny_hugger's favorite game of that set; even though she wouldn't always win, she liked it, and usually did respectably well. 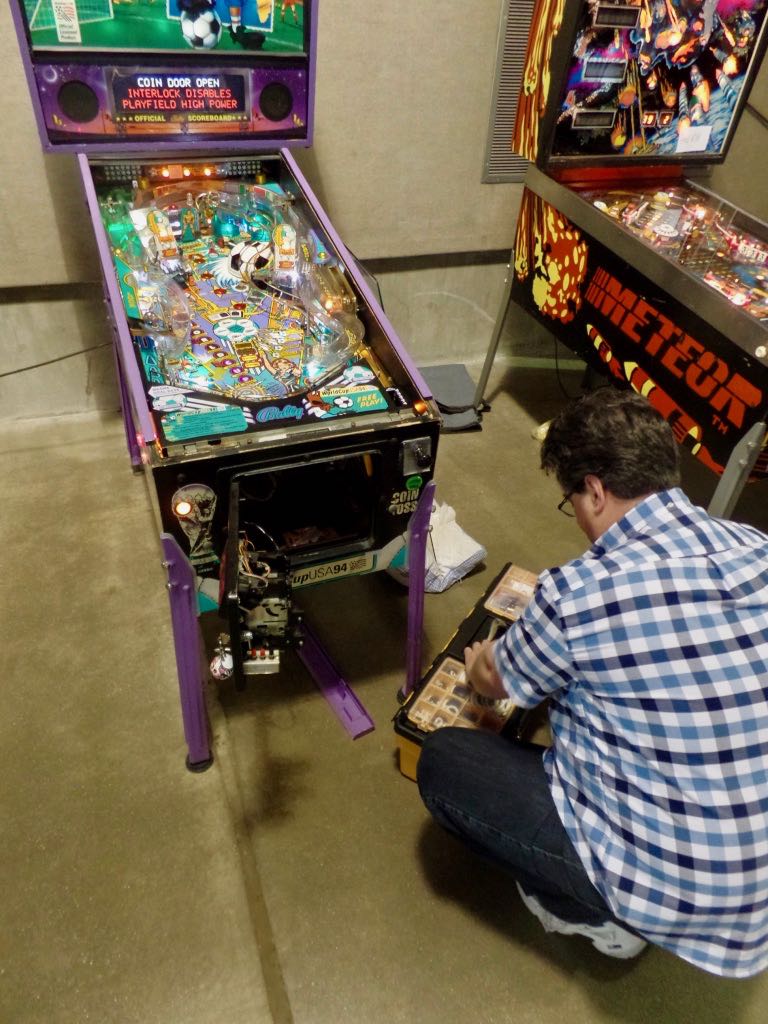 Emergency repairs under way on World Cup Soccer. This was the start of Saturday and this was actually in the middle of my first really good game on the table. Mercifully, first, they were able to preserve my really good game score and second, the game went catastrophically down not too long after that, so nobody was able to beat me on it after that. 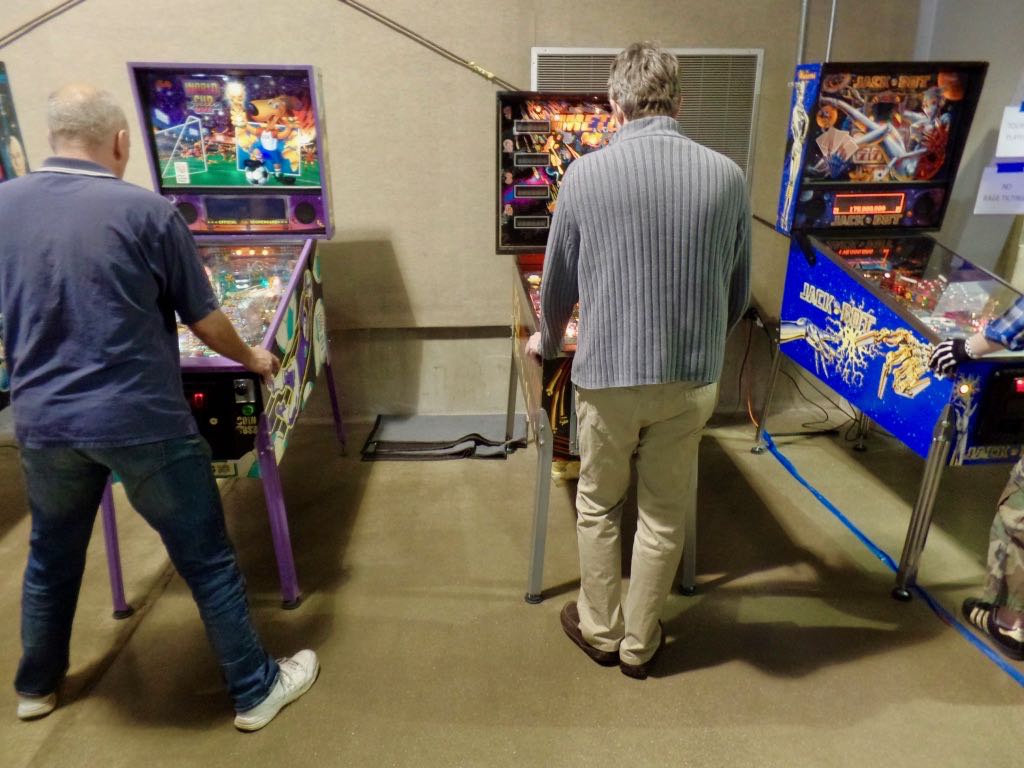 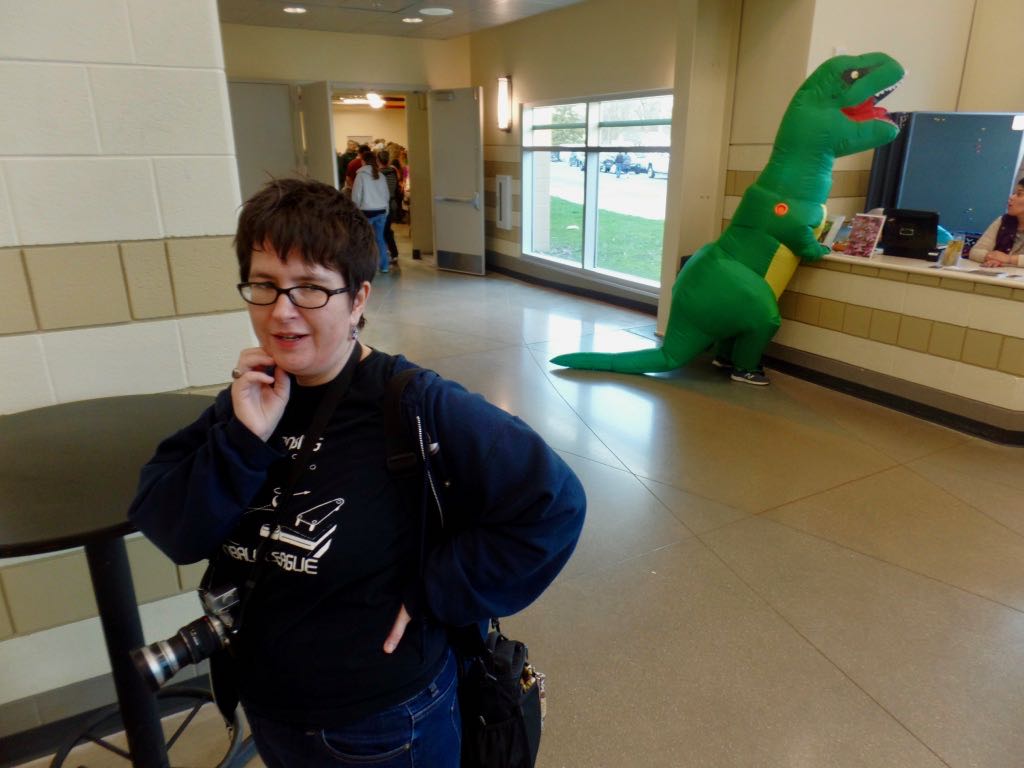 ``He's ... right behind me, isn't he?'' So there was a fossils show in the other wing of the expo center on Saturday and obviously some people were getting in the mood for that. 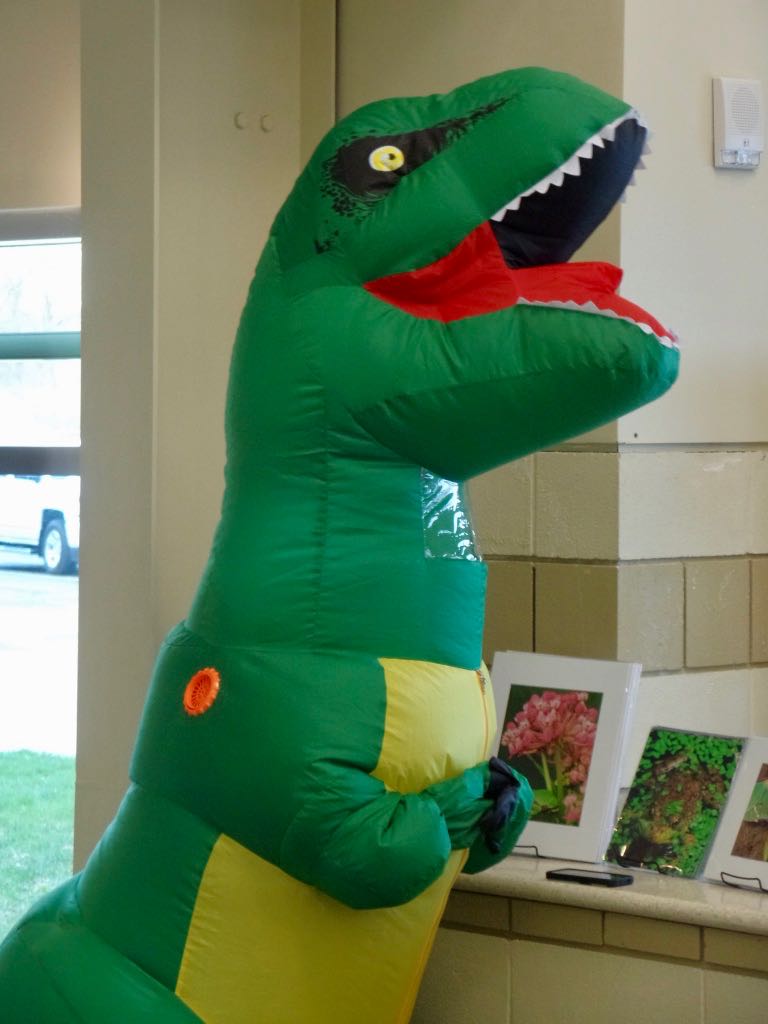 So I'm glad to have some better close-up pictures of the inflatable T-rex, but in hindsight, I'm sorry not to have pictures this close on the dinosaur that don't also show more of the desk attendant's expression, since the partical view in the picture before is magnificent. 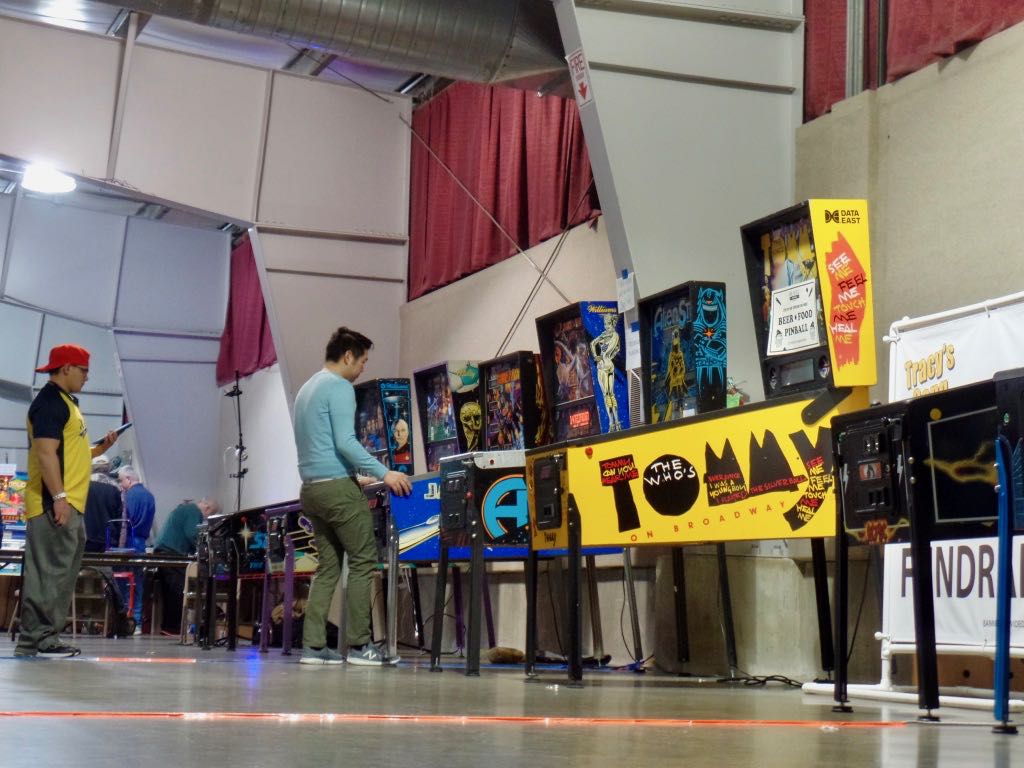 The end of qualifying. One last player putting in one last game, while one last scorekeeper waits to see whether this result affects anything.

Trivia: The Project Vanguard optical tracking stations used twelve Baker-Nunn cameras. While one had been completed at the time Sputnik launched, it had been disassembled for repairs. Source: Project Vanguard: The NASA History, Constance McLaughlin Green, Milton Lomask. NASA SP-4202.

PS: My 2019 Mathematics A To Z: Julia set, another mathematics term nobody asked about, so I asked myself.