And I'm writing this before the big Cedar Point trip, trying to give myself a bit of margin after we get back, which is why I'm doing a photo dump rather than writing an essay. Tomorrow I'll probably get back to telling the story of my life. 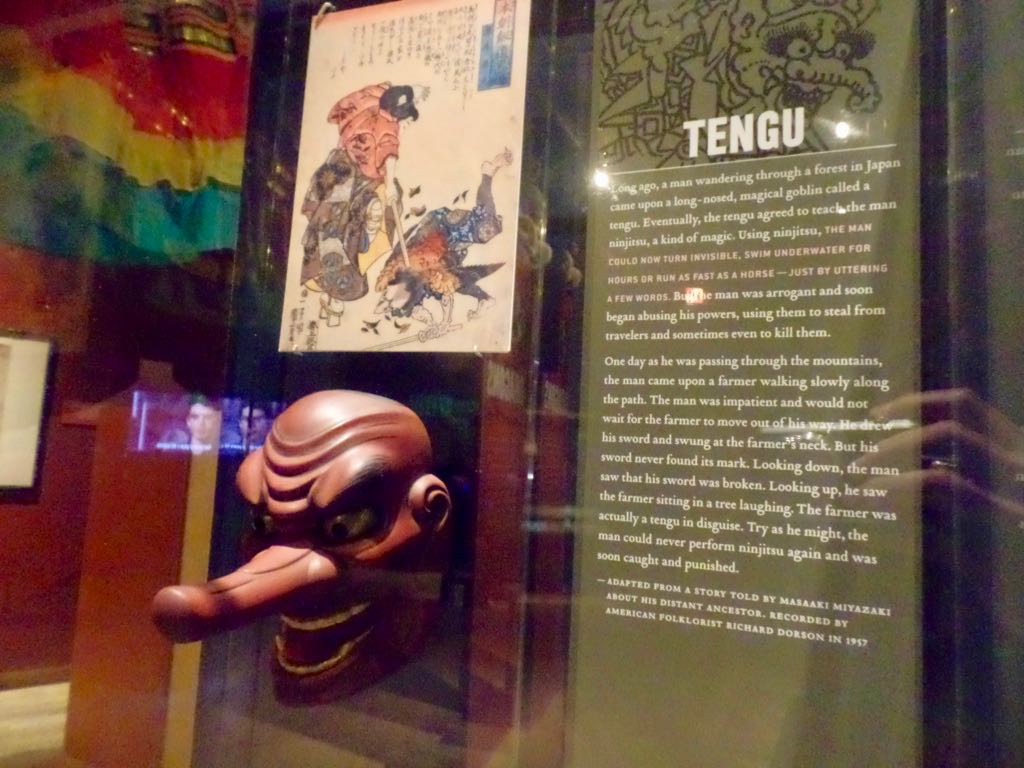 Mask of a tengu; as I recall another sign pointed out how tengu started out being terribly fearsome creatures but kind of shifted into being protective figures. 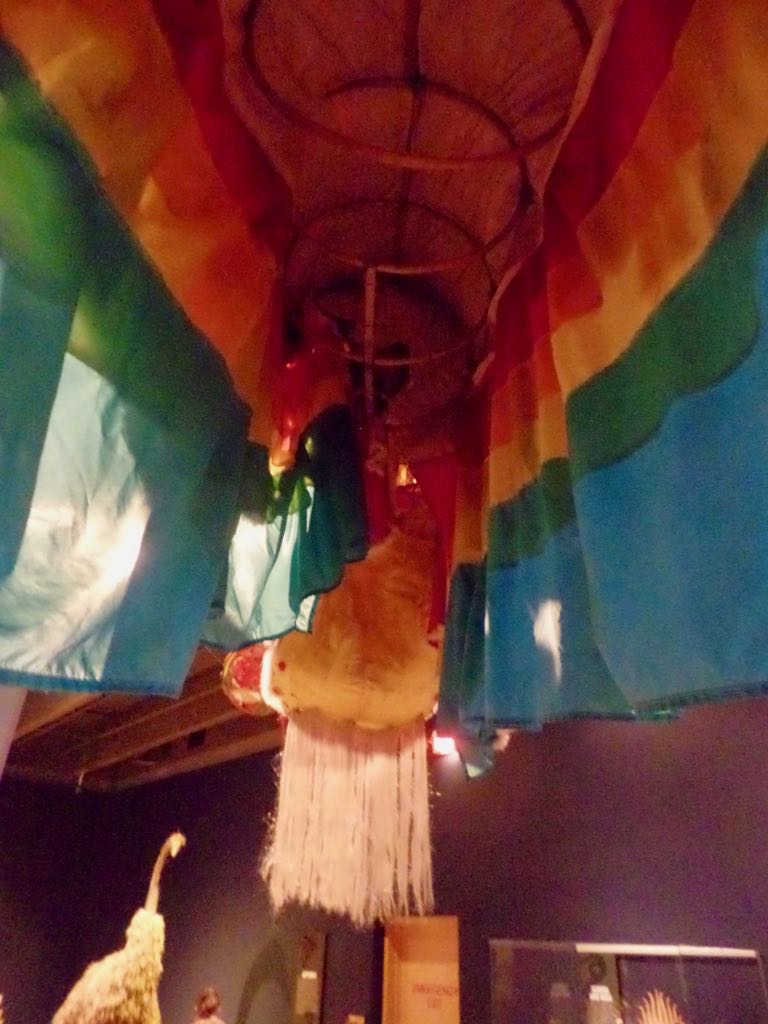 And here's a view up into that Chinese dragon, where you can see the structure that holds it open and full and still flexible. 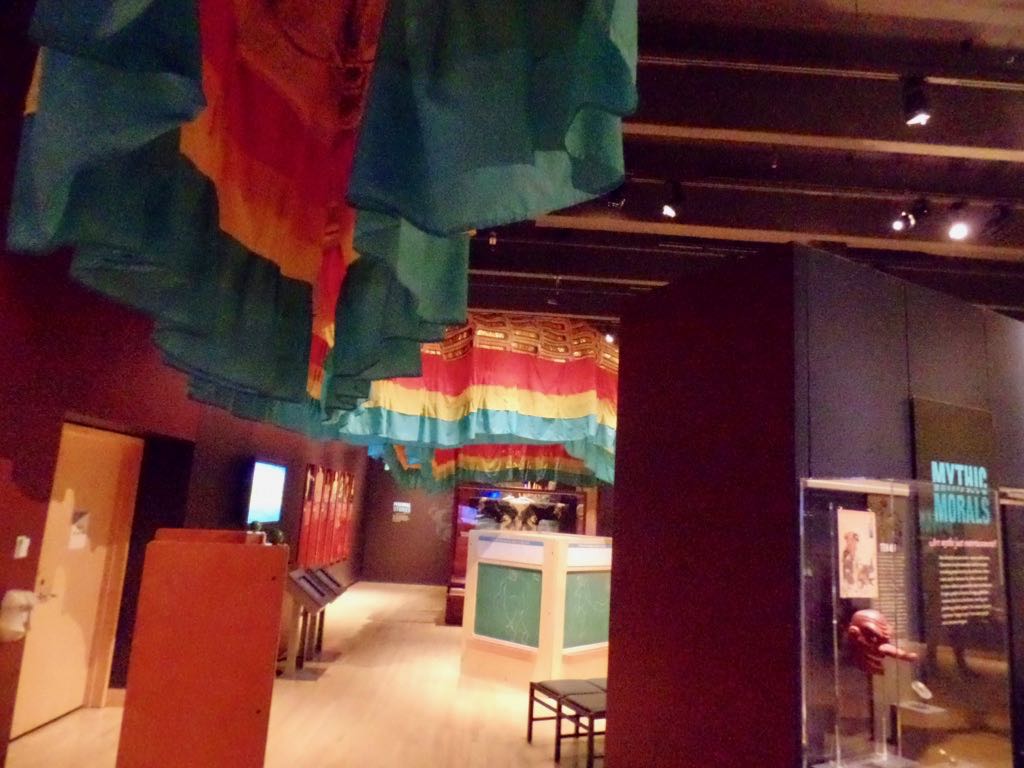 The dragon went on a long way, sprawling through a couple of rooms of the exhibition. 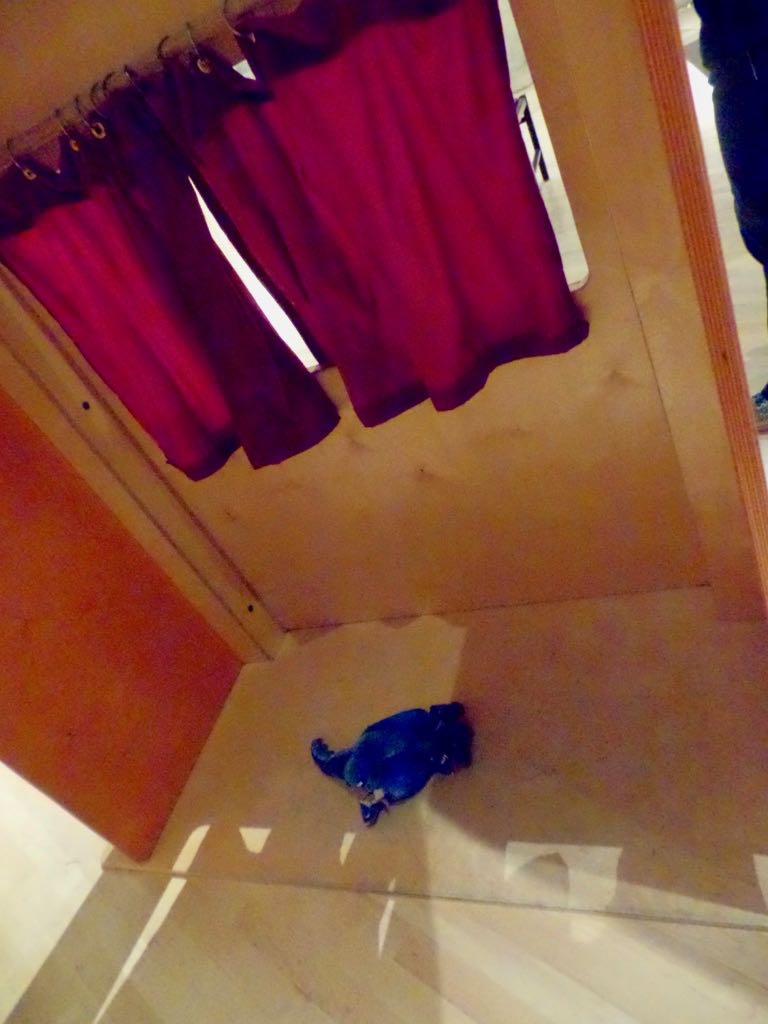 Lone abandoned puppet in the space behind a tiny theater. Its purpose and narrative: unknown. 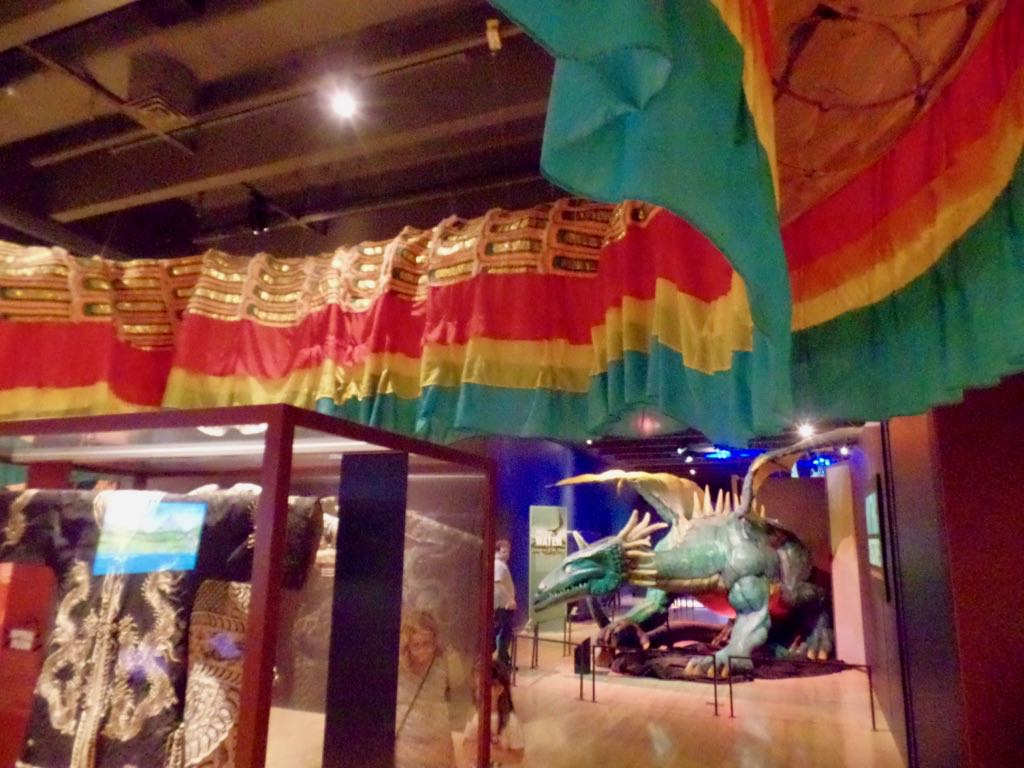 Looking from the back sections of the Chinese dragon over to the western dragon seen at the front. 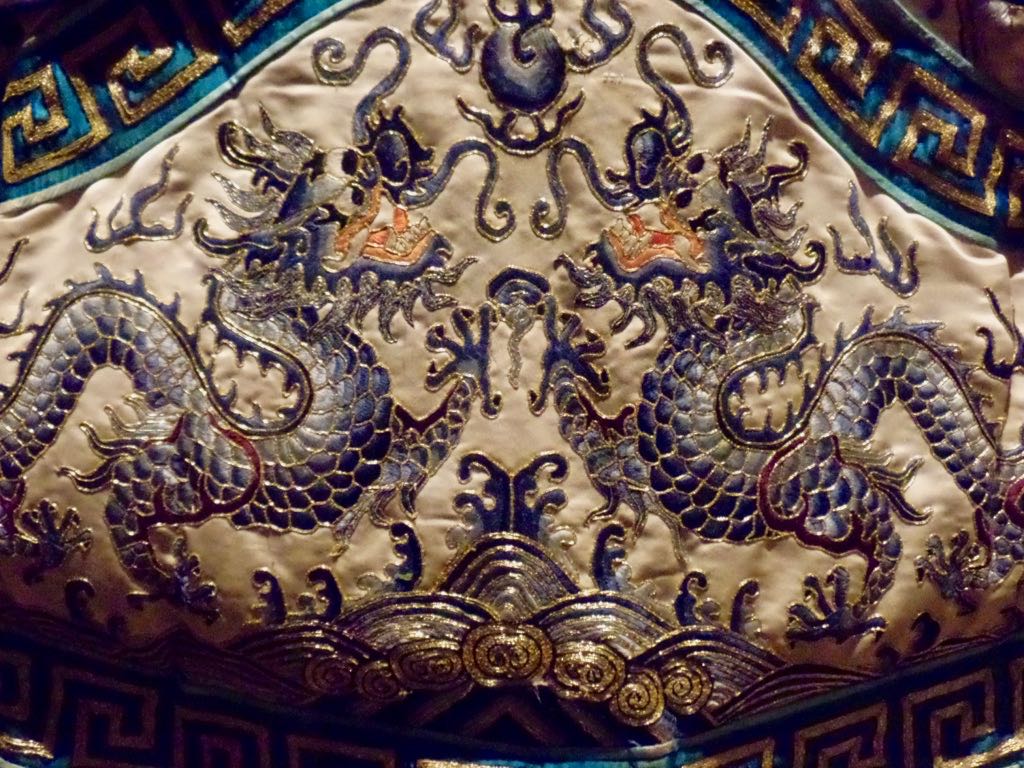 A cloak with a pair of embroidered dragons on it. 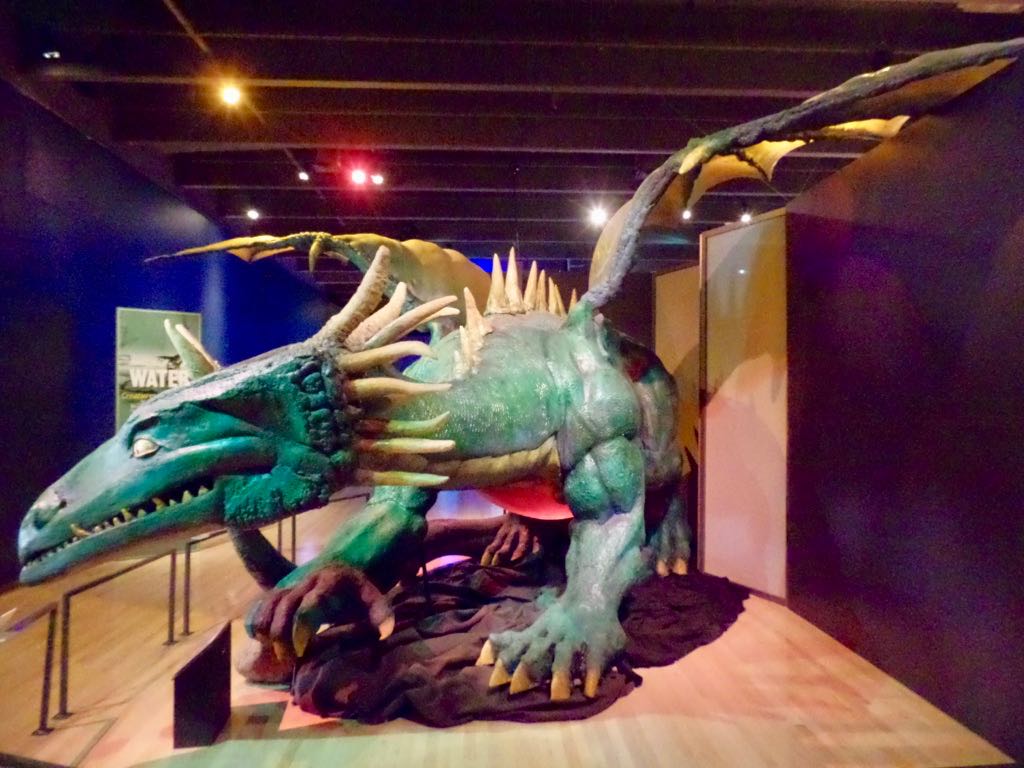 And here we get back to that dragon up front. Time to walk around the exhibit again and see if we missed anything cool. 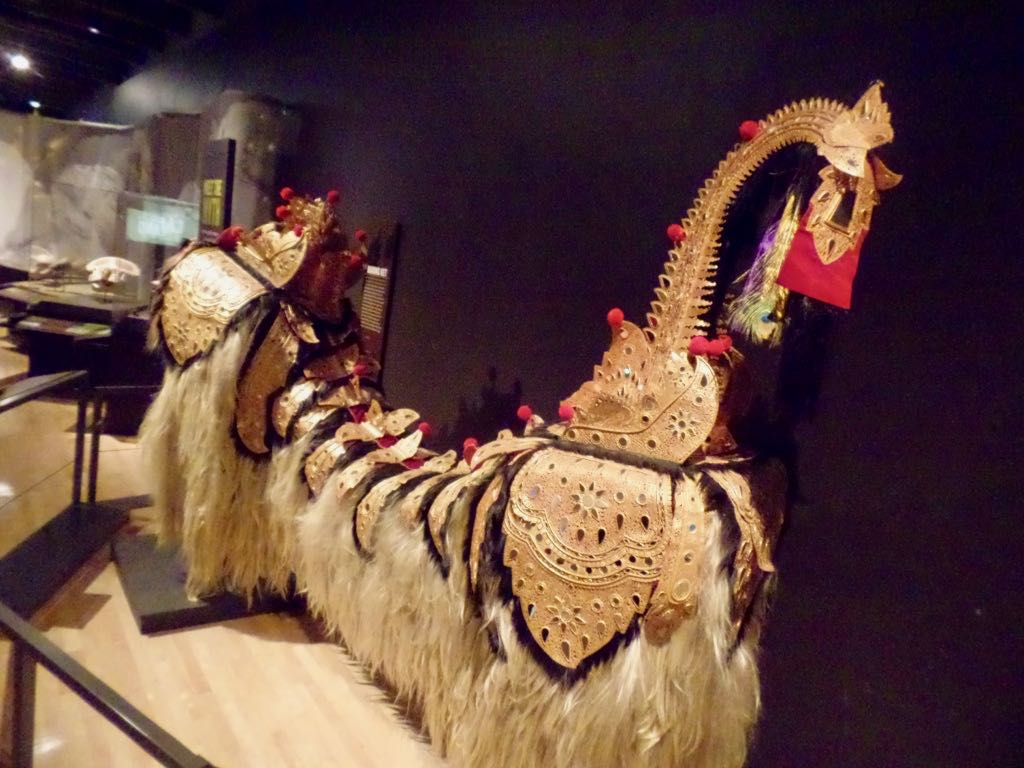 Still kind of want to hug the Barong ket, really. 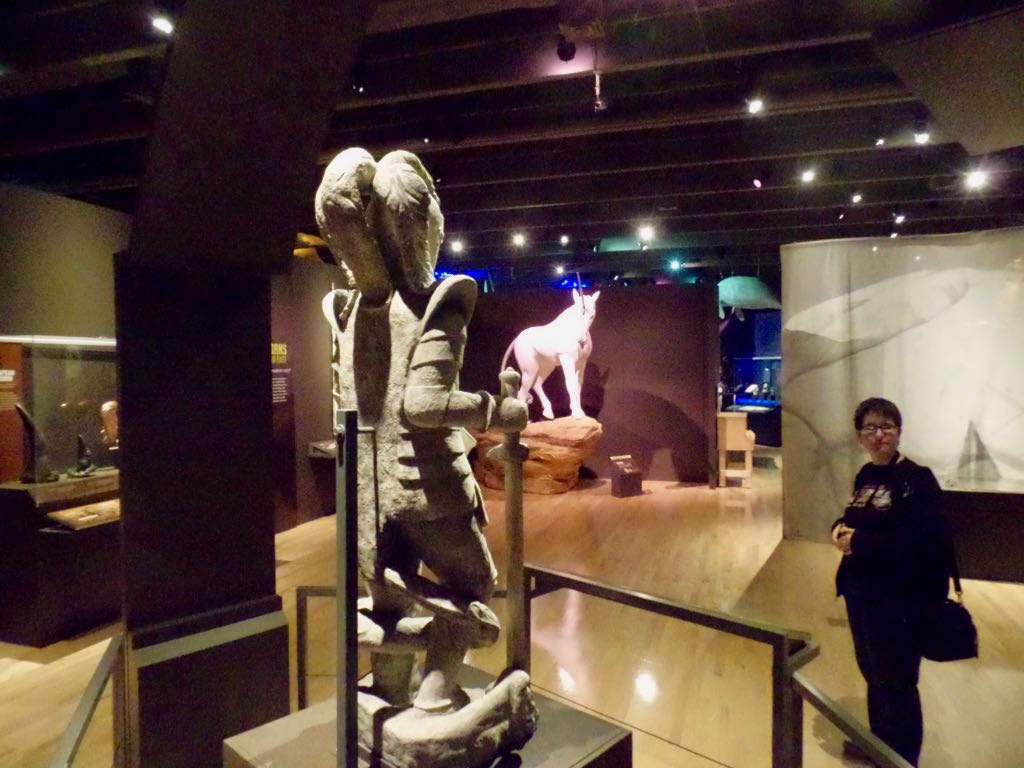 bunny_hugger is not impressed by the Saint George here. Her affinities lie naturally with the poor dragon. 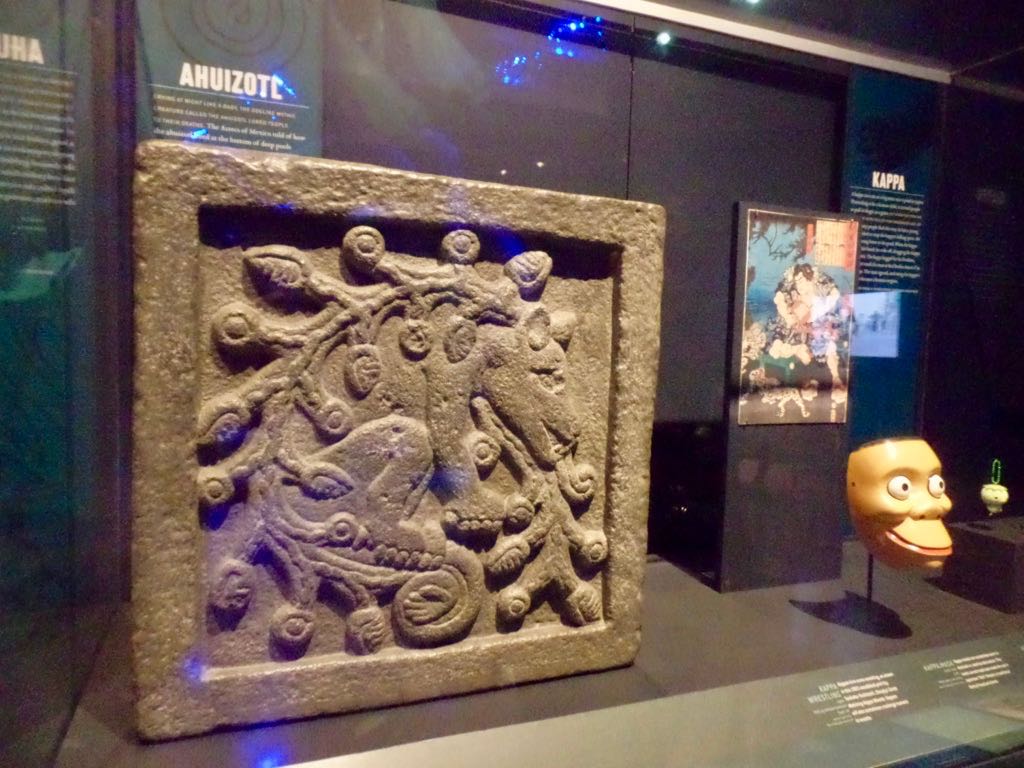 Glyph of an Ahuizotl, an Aztec mythological dog-like water figure who'd grab and drown humans given the chance. 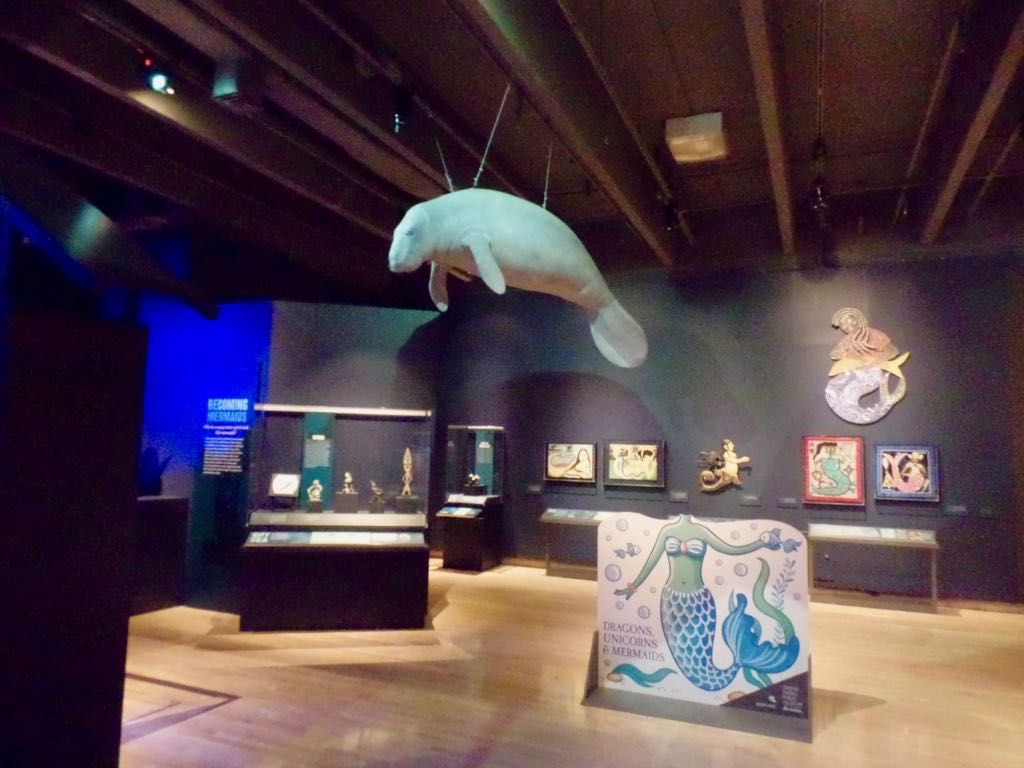 Looks like the manatee's still fine hanging out. I didn't notice earlier the comic foreground of the mermaid or might have gone for a picture myself. 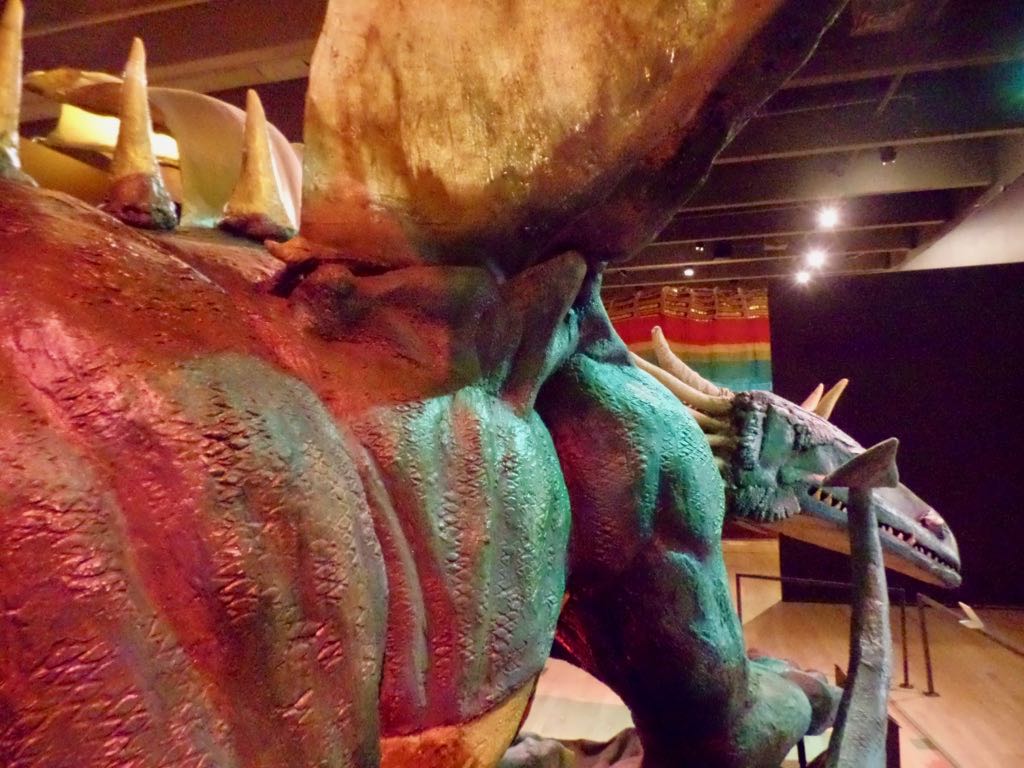 And one last look from the hips of that western dragon from up front. Note: I was not touching it.

Trivia: Badeker's first color map was of Jerusalem, in the volume on Palestine and Syria. Source: On The Map: A Mind-Expanding Exploration of the Way the World Looks, Simon Garfield.

PS: Reading the Comics, October 19, 2019: Just The Casual Mentions Edition, the comic strips I tried not to go on about at great length. It kind of happened anyway.