Had another full week at my humor blog. If you didn't see it before, here's your fresh chance:

So hey, how about a big pile of photographs? Here's some more wandering around the Grand Rapids Public Museum. 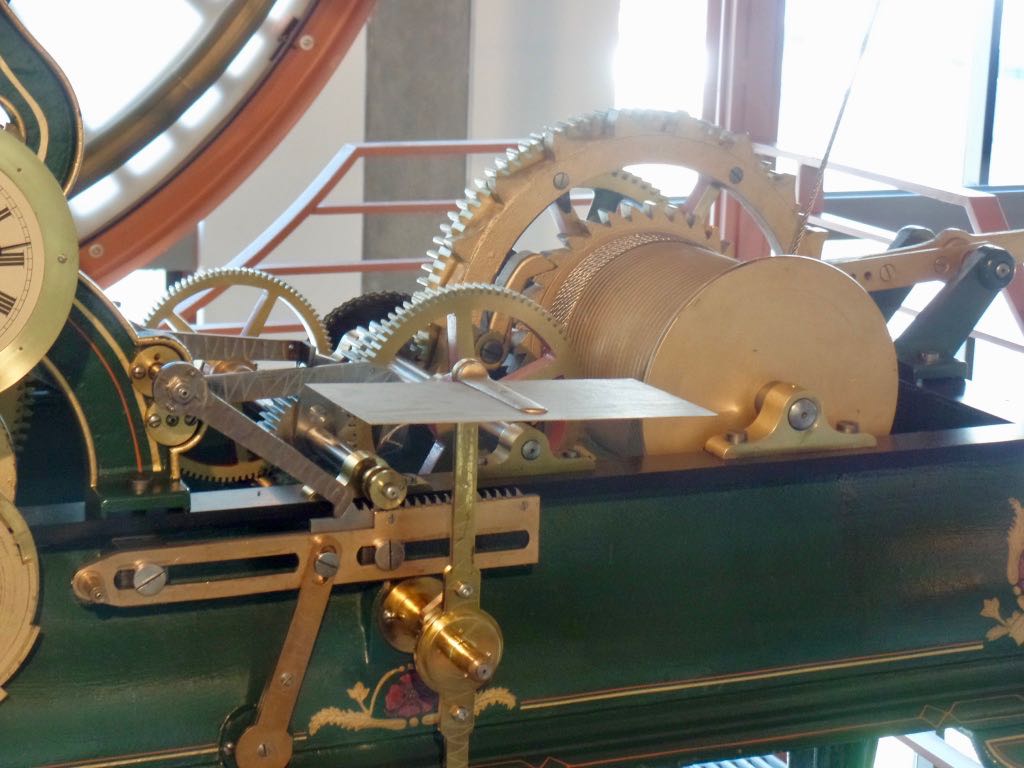 Close-up of some of the mechanism for the Grand Rapids City Hall clock. I'm going ahead and guessing it's an escapement, since that's what I call any clock mechanism like that. 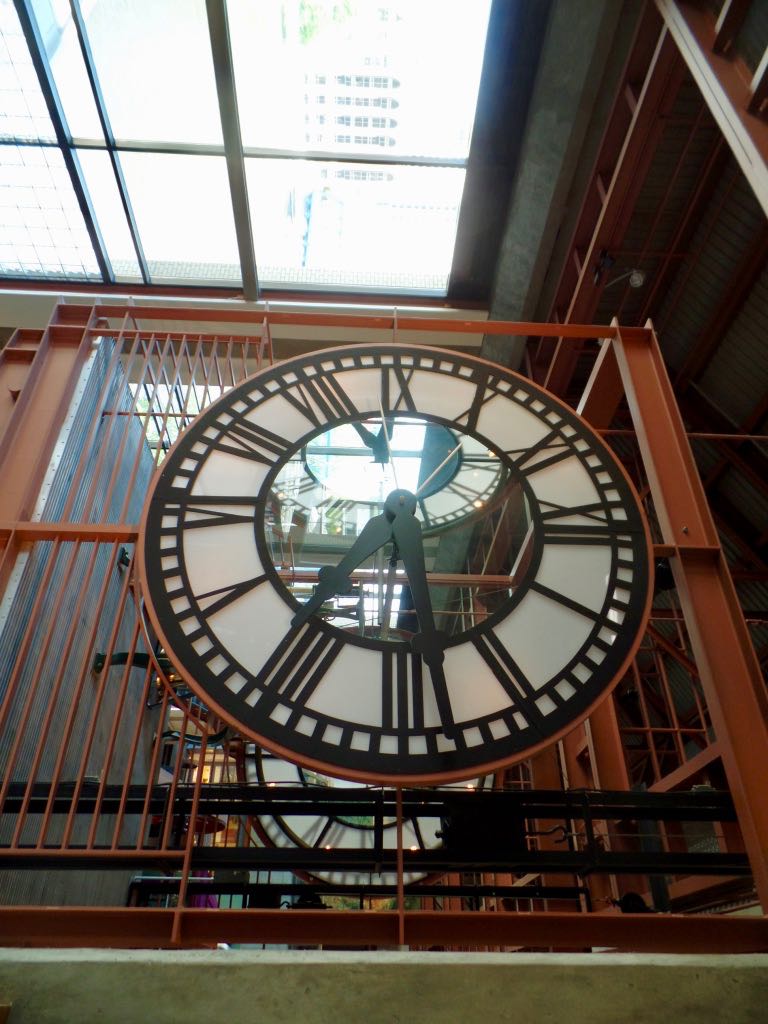 The display side of the City Hall clock. 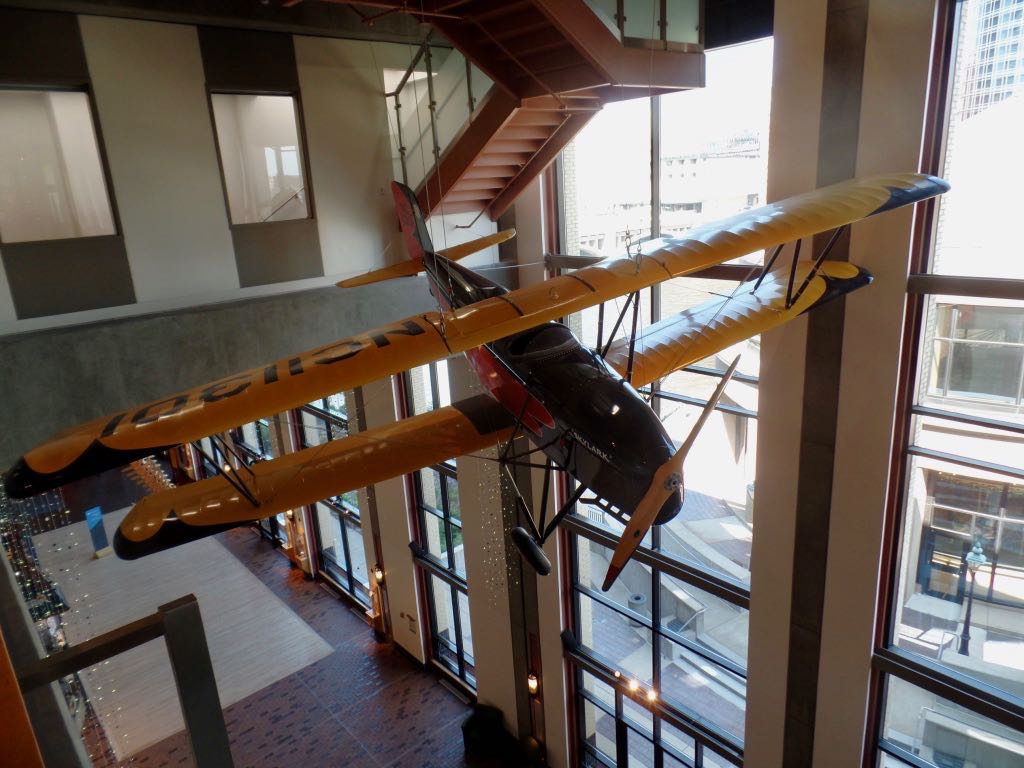 An airplane hanging near the City Hall clock. I can find that the plane, NC11301, was a Driggs Skylark 3-95 constructed in 1931. Beyond that I can't find out anything; even some online aviation museums just say this is a plane that exists. Why it's noteworthy is to me a mystery. Even the museum's web site barely acknowledges that the thing exists, much less says anything about why it's worth attention. 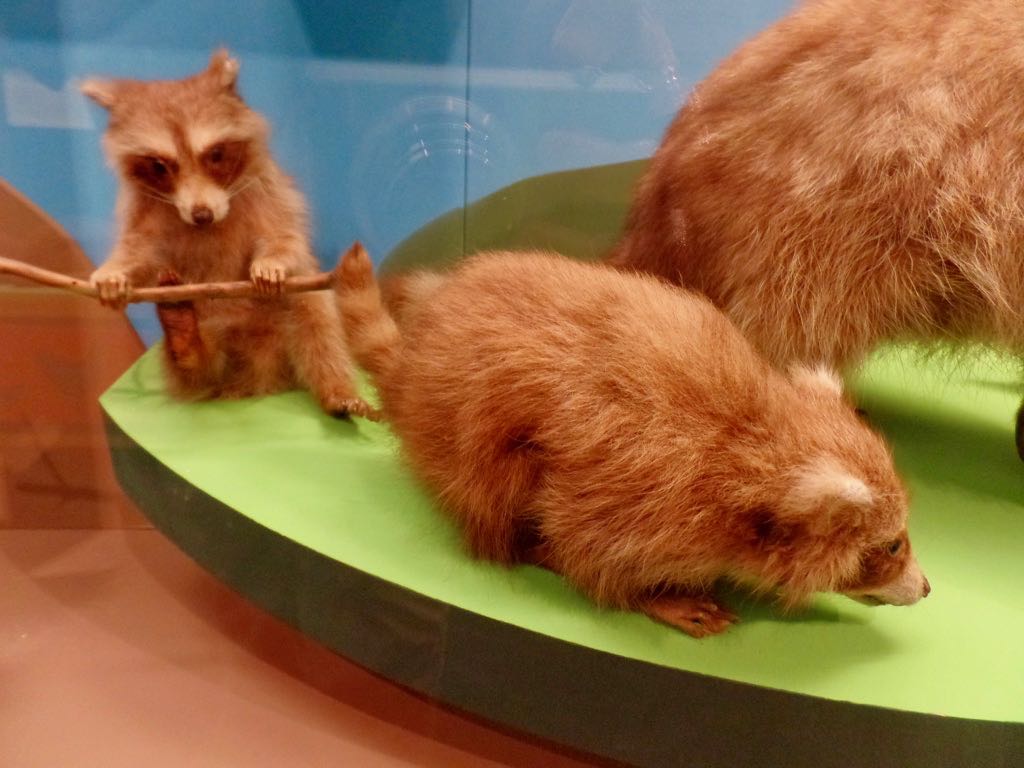 The museum has taxidermy exhibits of native wildlife, so yeah, raccoons are among those on display. 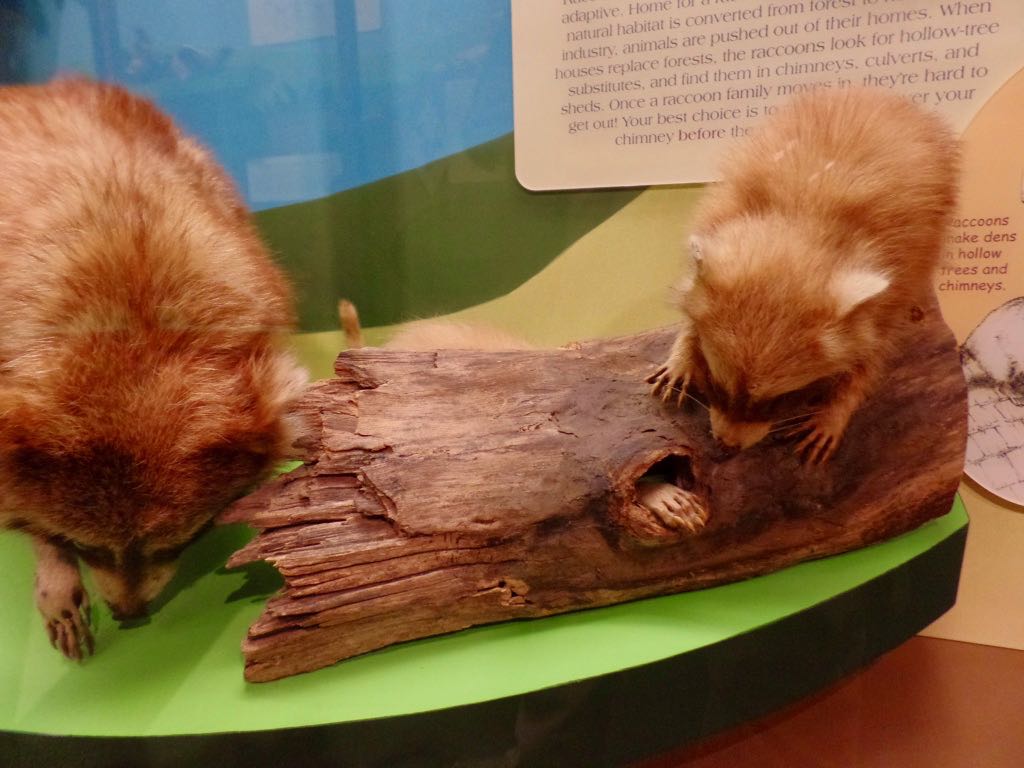 Taxidermy raccoons always seem to be less grey than they appear while living and I have no idea why. Yes, I spot the anti-raccoon propaganda on the sign there. 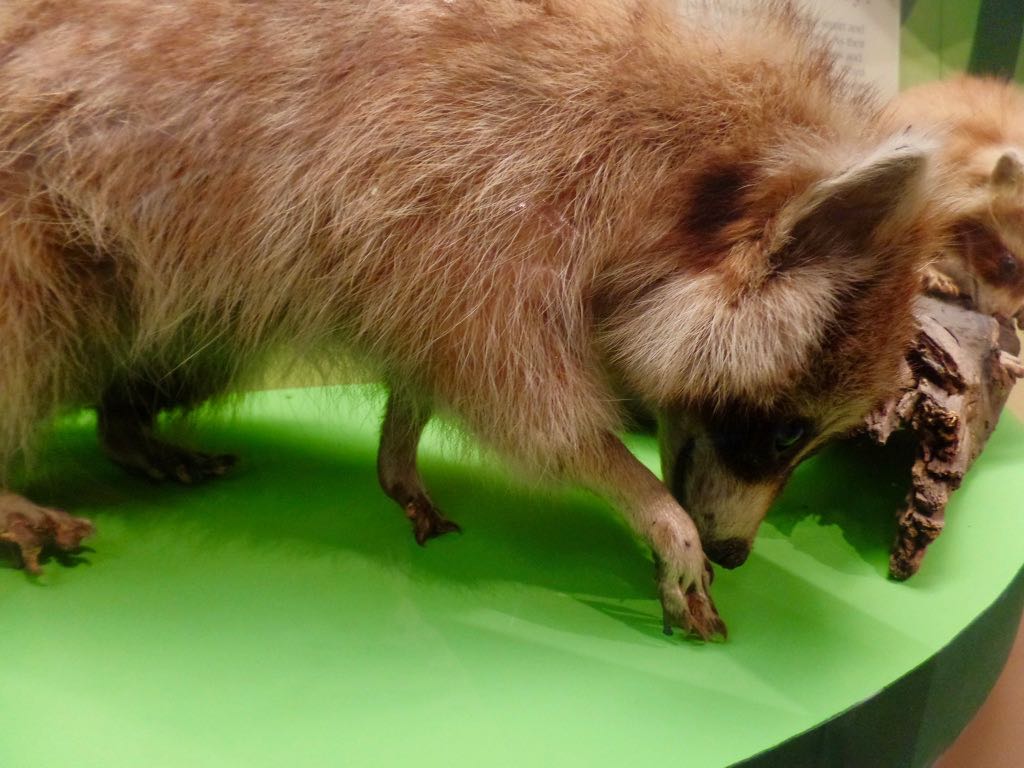 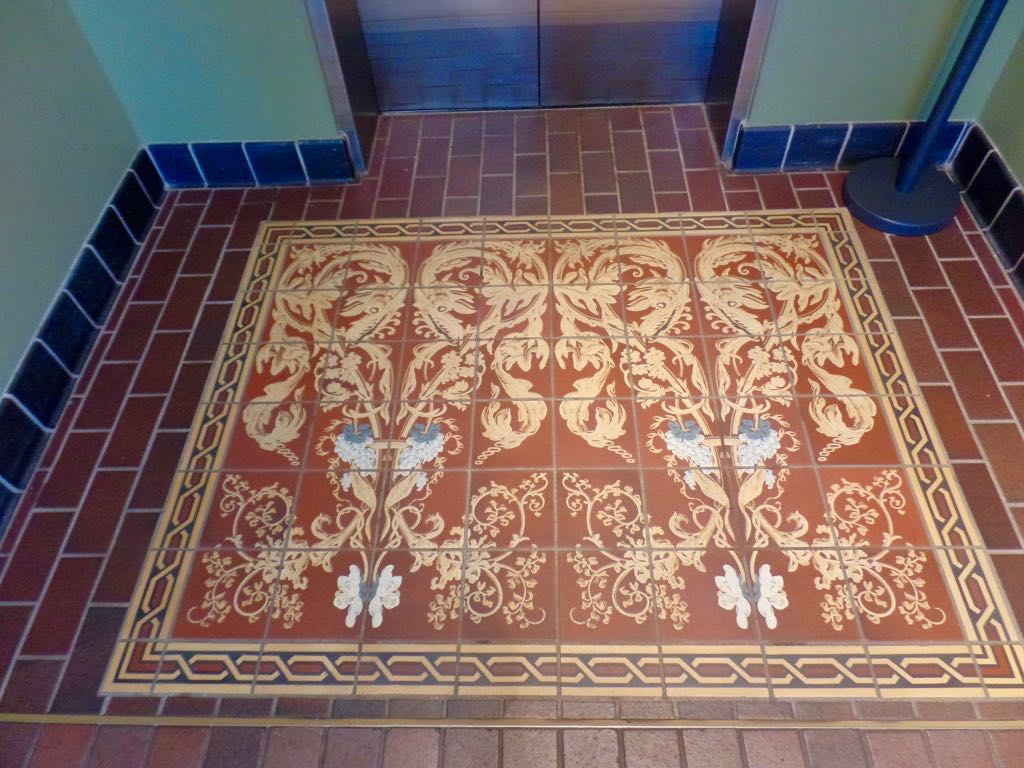 Tiling in front of the elevator that I 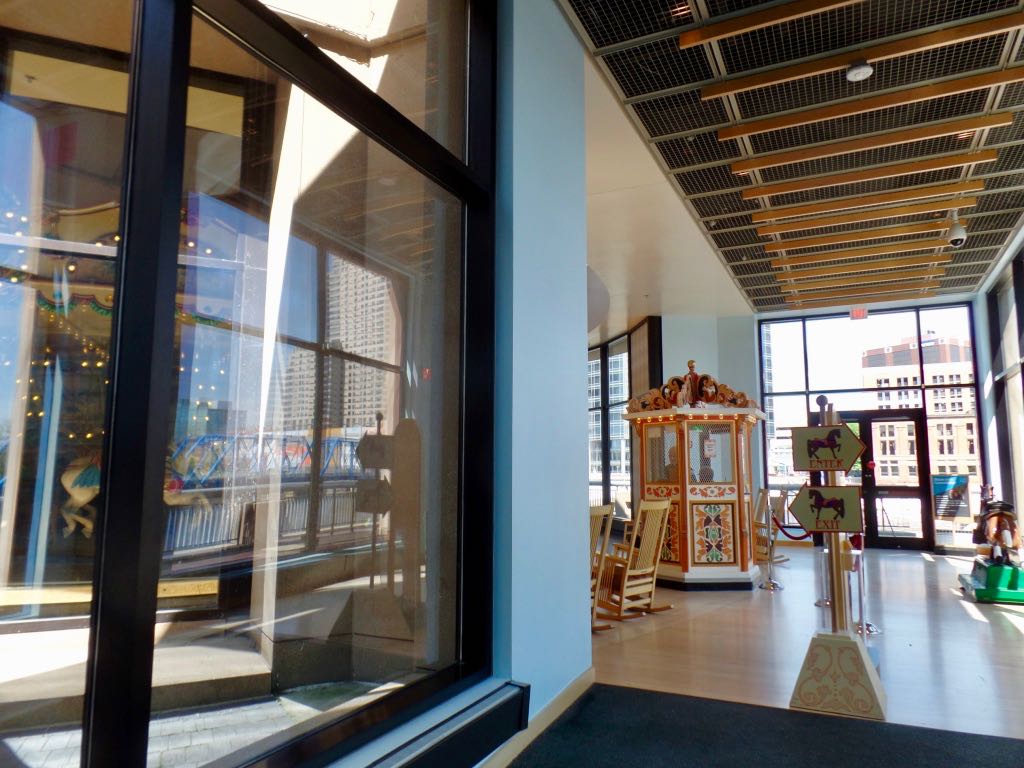 We didn't have time to explore more of the museum as we needed to get to the carousel, a 1928 Spillman along with a Wurlitzer band organ. The ticket booth is original to the carousel, according to the National Carousel Association's census. 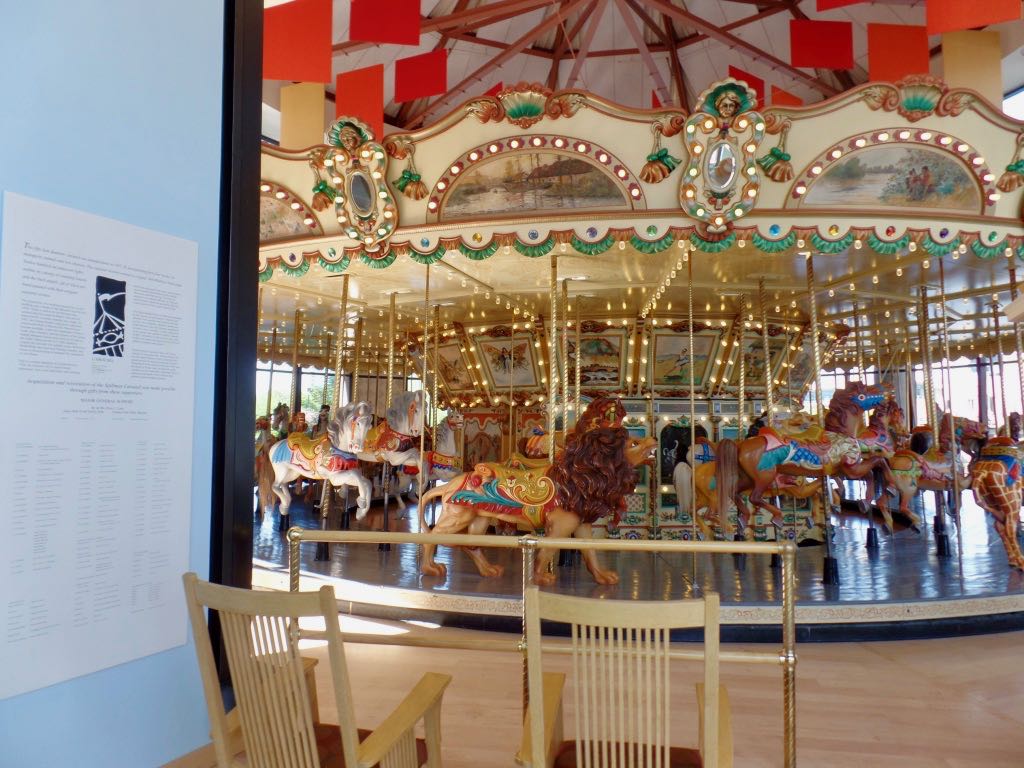 A first peek at the carousel, which is both very well-restored and in a great enclosure. 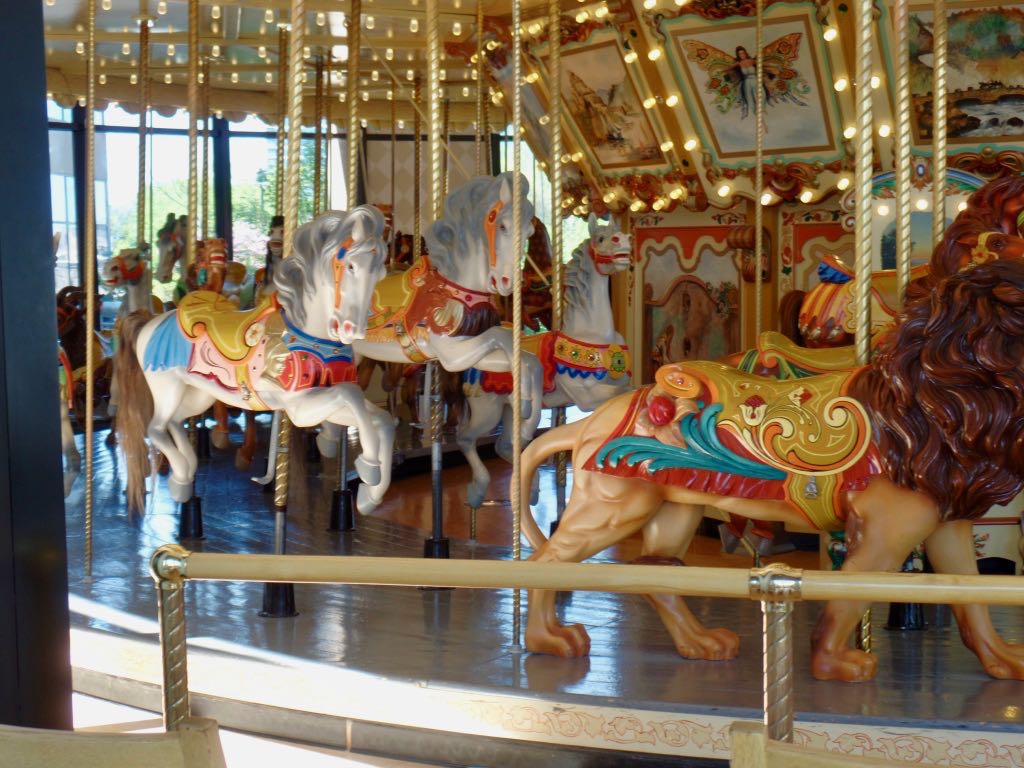 Closer look at the lion and some of the other carousel animals. 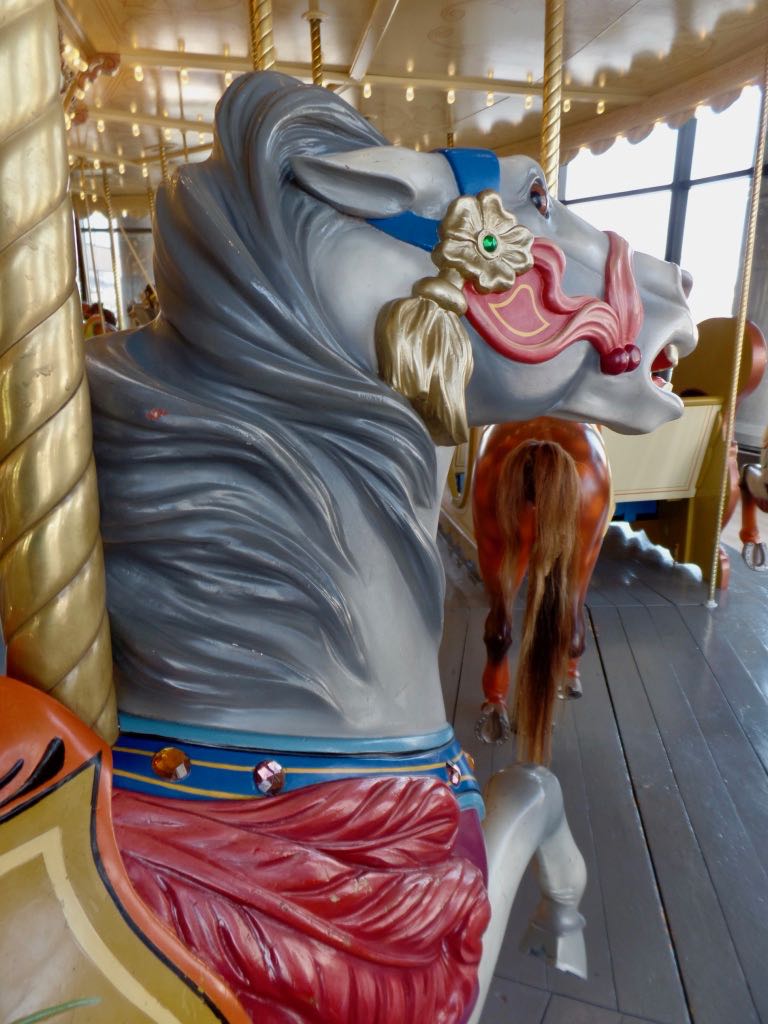 The carousel got a good restoration in the mid-90s and it's still looking sharp. 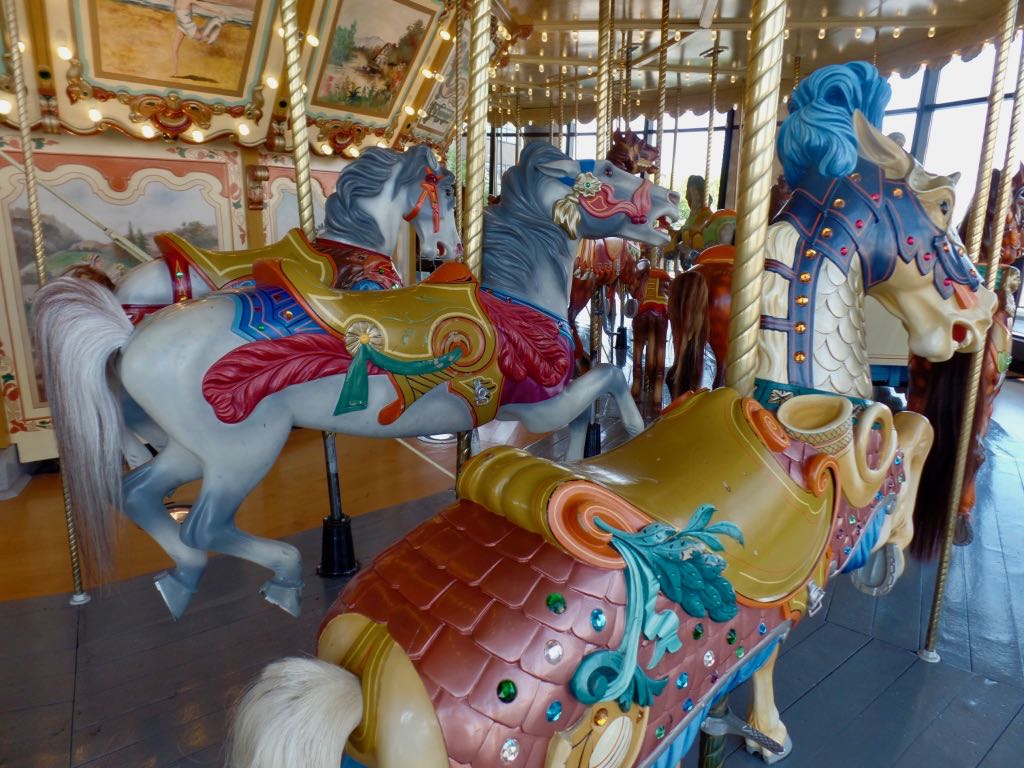 And that was the middle-row horse. Here's what the outside looks like.

Trivia: On 25 October 1902, after a week of lessons, Barney Oldfield drove Henry Ford's ``999'' racecar in a race and covered the five miles in a record five minutes, 28 seconds, lapping the runner-up. Source: Henry and Edsel: The Creation of the Ford Empire, Richard Bak.

PS: My 2019 Mathematics A To Z: Platonic, which gets to be pretty solid, because naturally.