Have you got my mathematics blog in your RSS reader? If you haven't, don't worry. You can pick up the past week's writing here:

Some special stuff in the story strips. What's Going On In Judge Parker? Why has Rex Morgan stopped updating? Is Norton gone? August - October 2019 in plotting. Also, a mention of Funky Winkerbean, which is being annoying again.

And now to closing out our day at the Grand Rapids Public Museum, with a last look around the carousel as they closed that ahead of the museum. In hindsight, we should have gone to the carousel first and then to the dragons exhibit, but we'll remember that for next time. 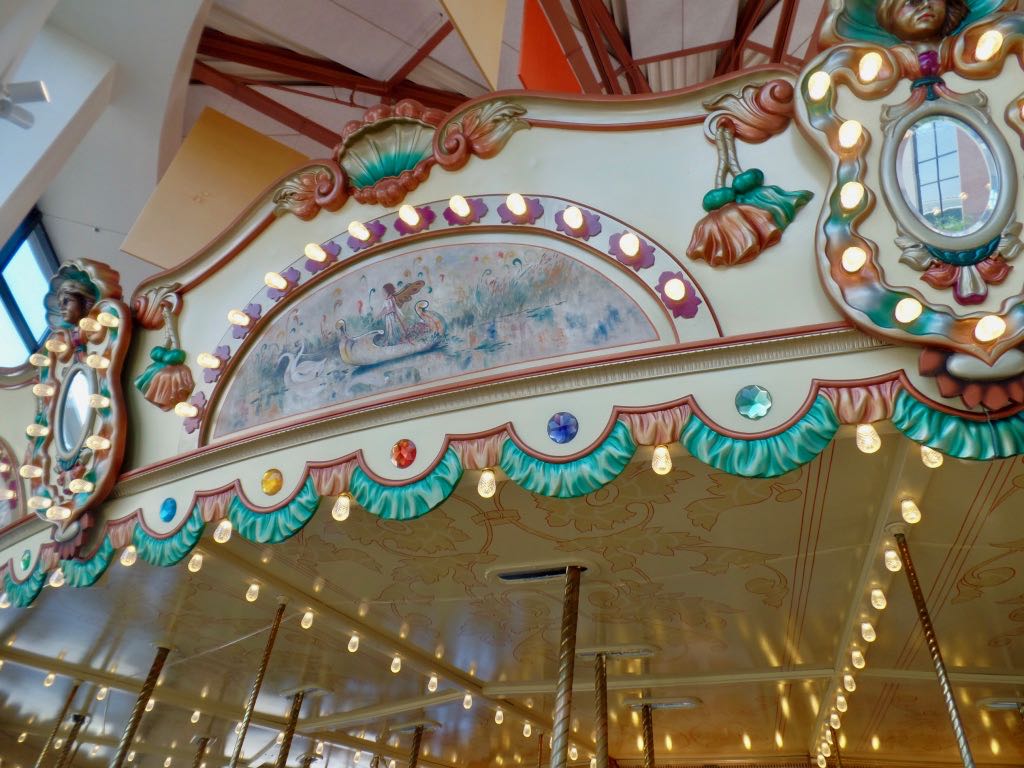 More scenery panels of the Grand Rapids Public Museum's Spillman carousel. Nice scene of a woman on a boat beside some swans. 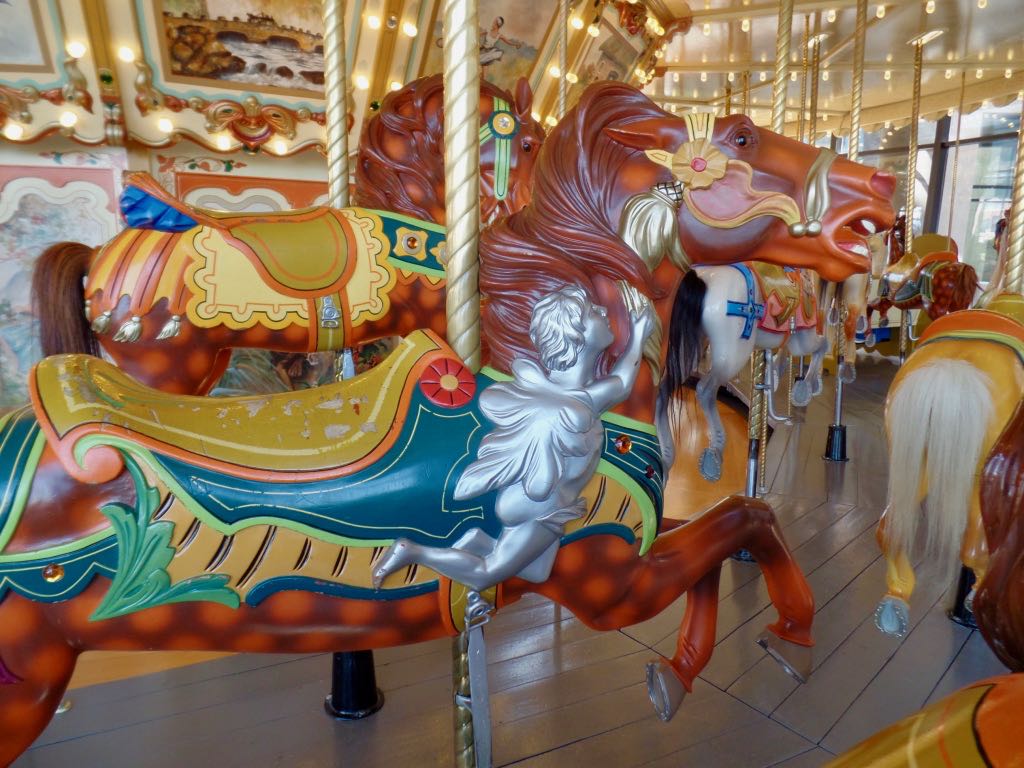 Another dappled horse on the outer row of the carousel, this one with a silver cherub as a secondary figure. 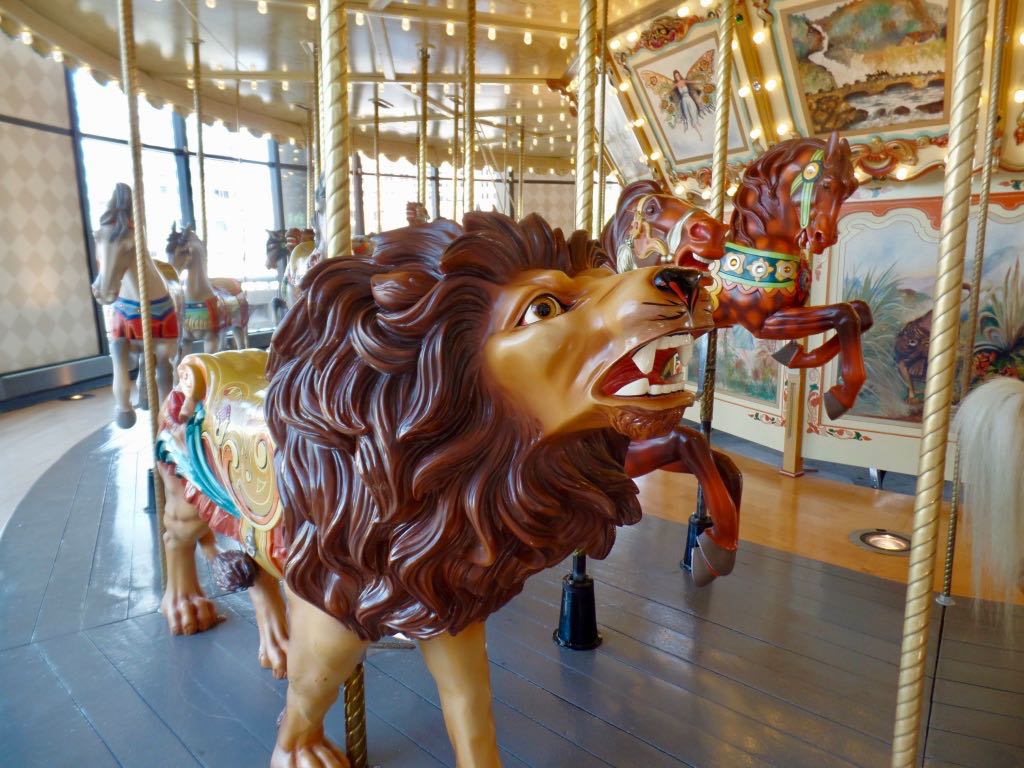 Lion on the Spillman carousel, which has six menagerie figures. Lions and tigers are common non-horse figures on any carousel, though. 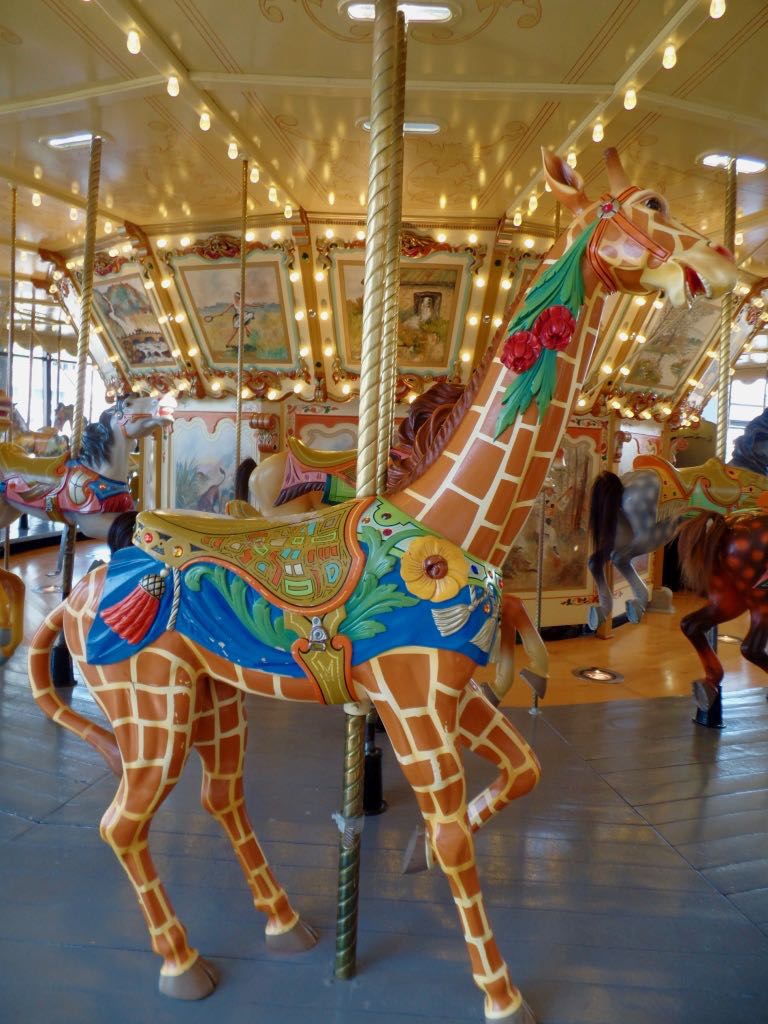 The giraffe, another of the menagerie figures on the carousel. 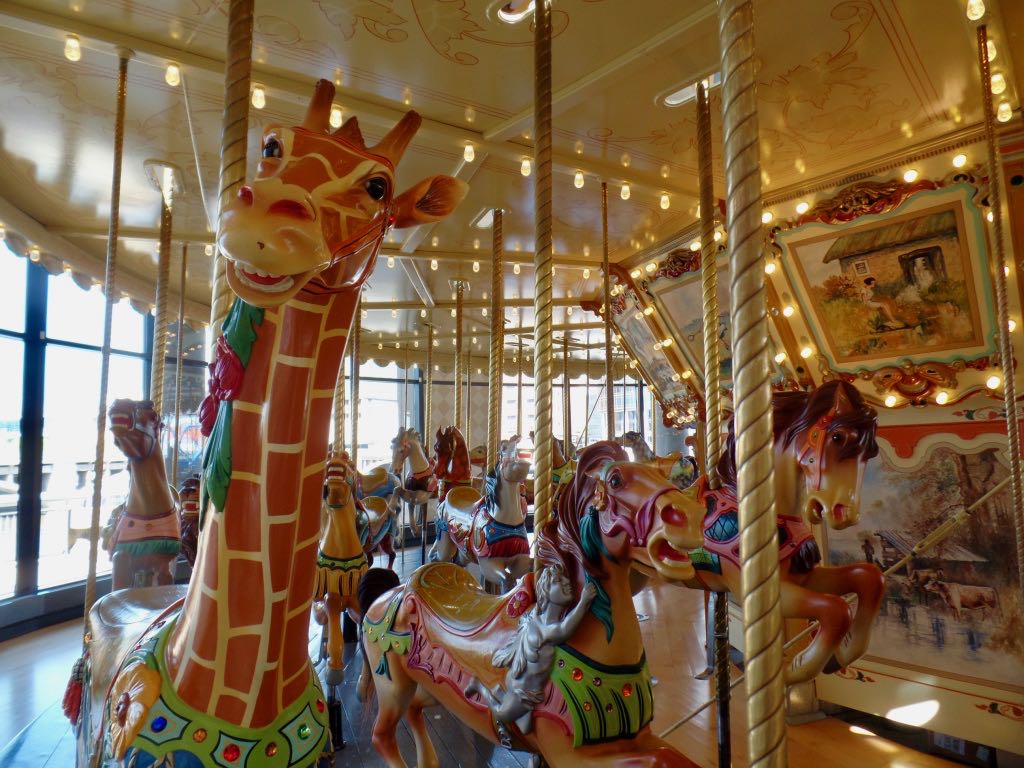 A better look at the front of the giraffe, and the figures around it. 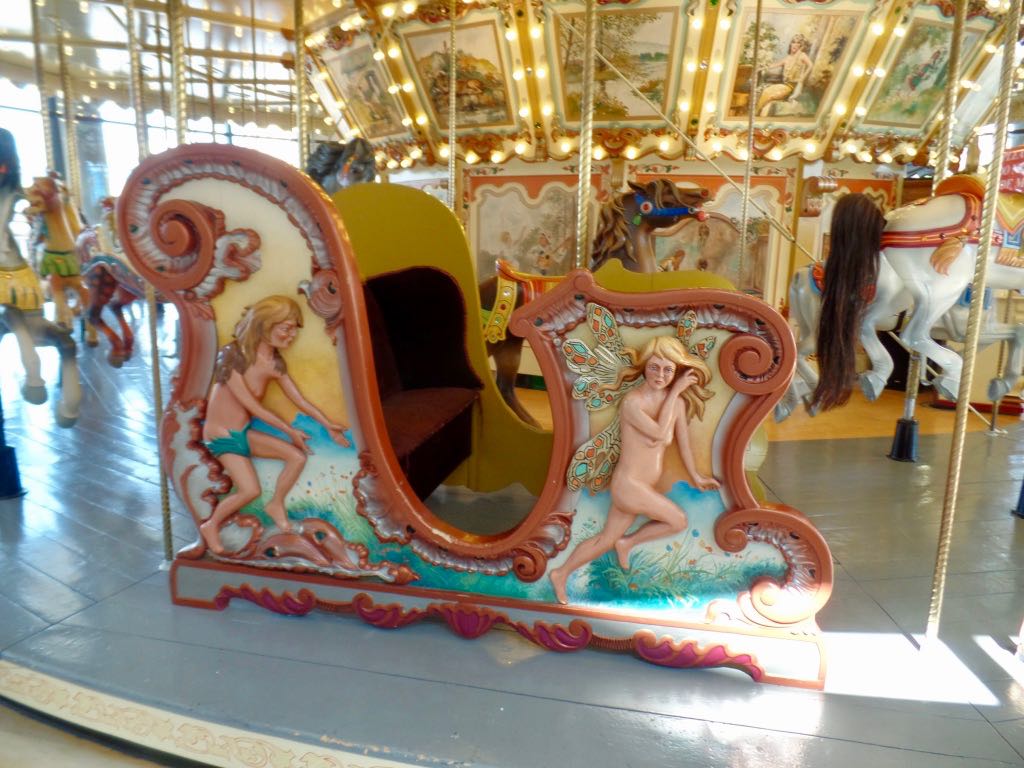 Another look at the chariot. I'm not sure whether this is the same chariot as before or whether the two chariots on the carousel have the same design. 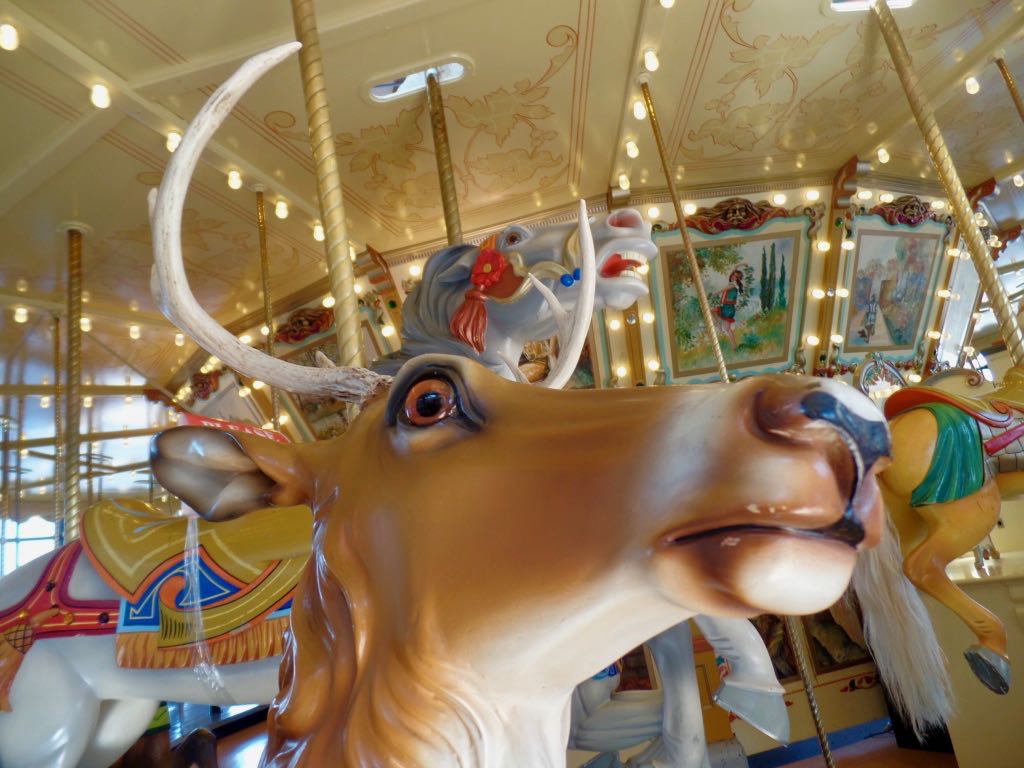 Close-up view of the deer, with antlers that were most likely from a real actual deer. 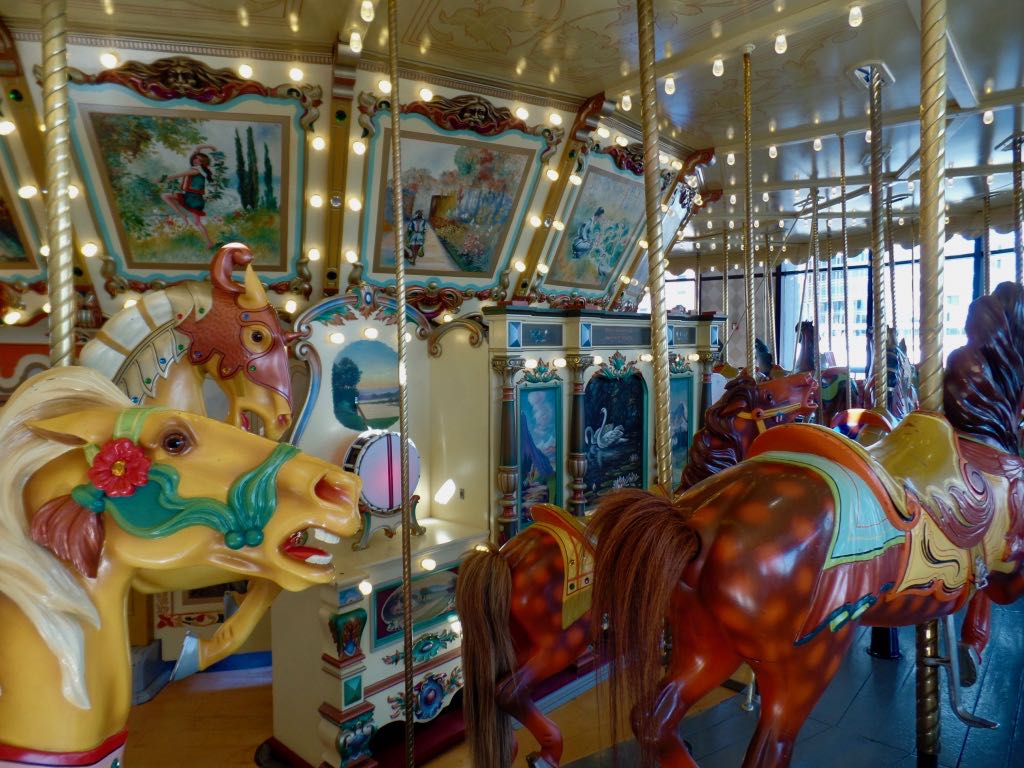 The Wurlitzer band organ, also a 1928 construction and also from North Tonawanda, New York, originally. It had originally been in the Stanley Theater of Jersey City. And then spent two decades at the Roaring 20s Pizza Parlor on 28th Street, Grand Rapids. All right, that. 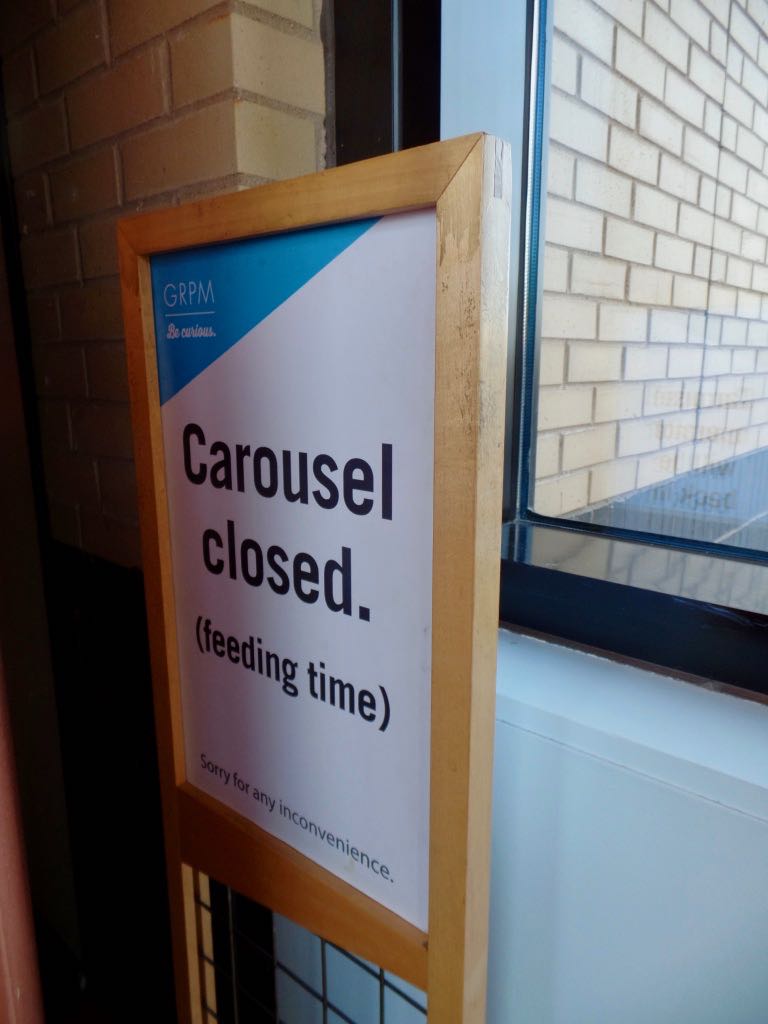 The sign they put across the front to warn ou the riding day has ended. 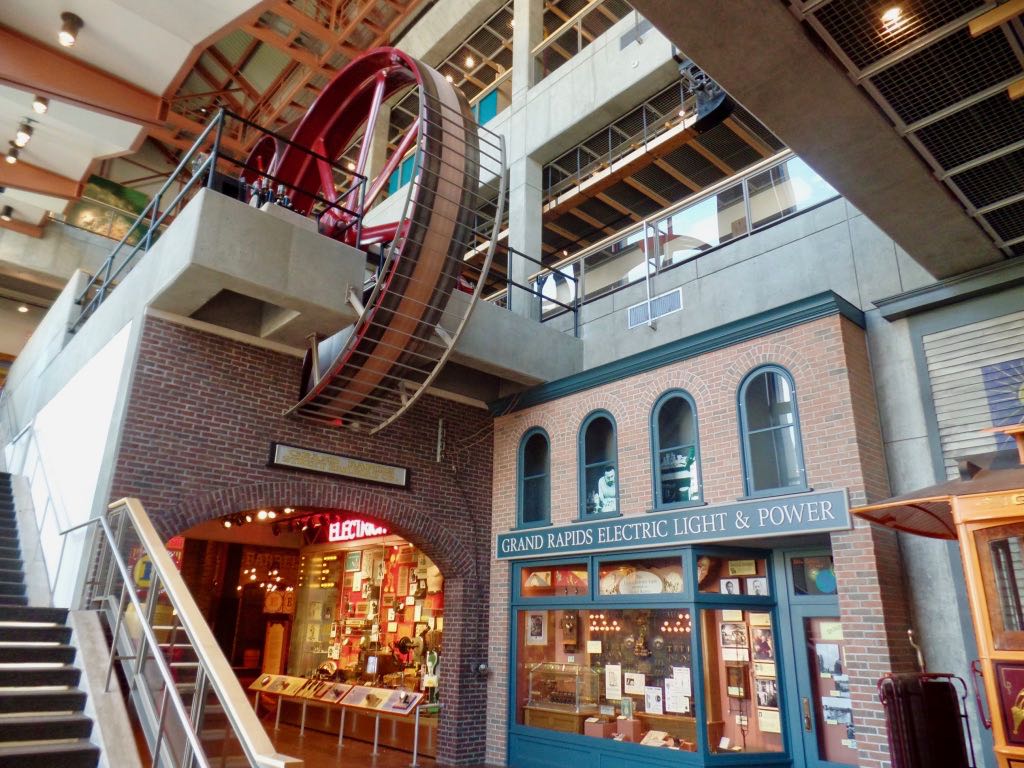 Part of the museum is the Streets Of Old Grand Rapids, with buildings and such from the 1890s. 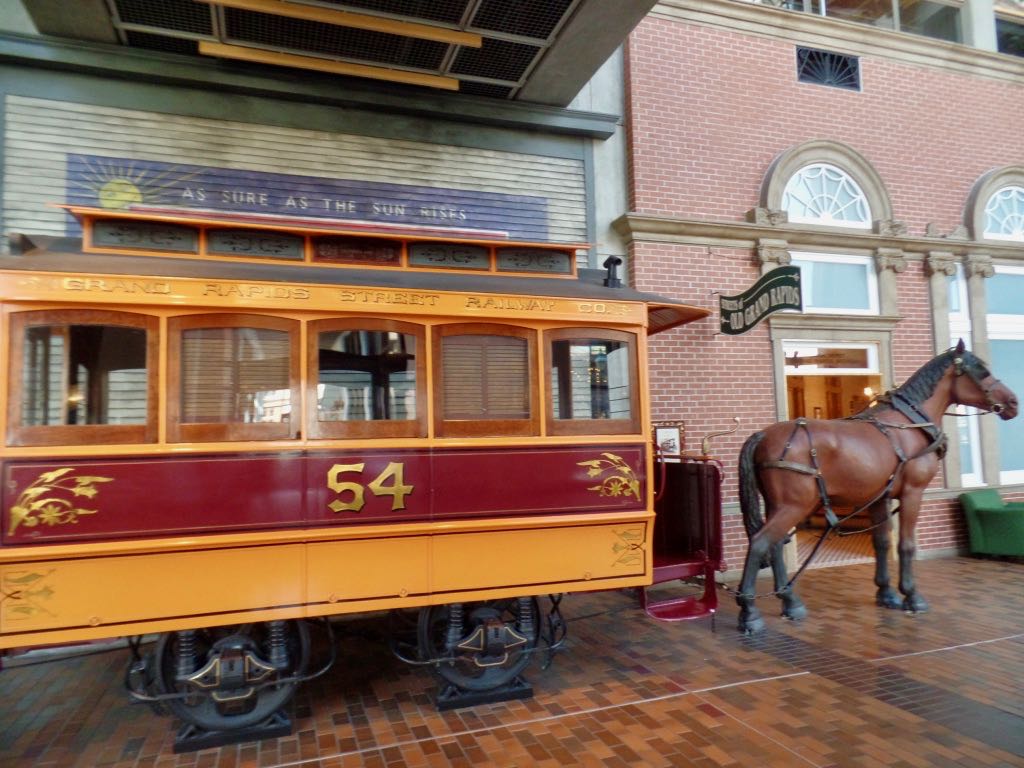 A streetcar that I trust is one formerly used by the Grand Rapids Street Railway Company. 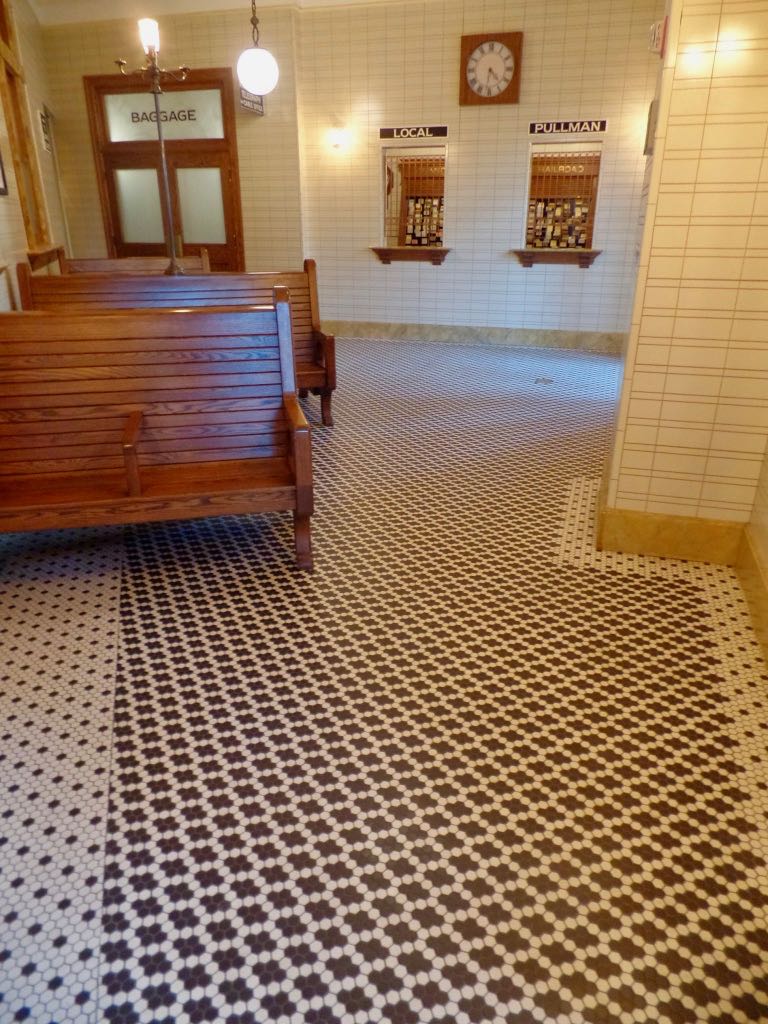 And a train station; I don't know whether it's a reconstruction of Grand Rapids's or whether it's pieces salvaged from the actual thing.

Trivia: The first Airbus, a twin-engine, 42-ton A-300, made its maiden flight on the 28th of October, 1972. Source: Mastering the Sky: A History of Aviation from Ancient Times to the Present, James P Harrison.