After we gave up the idea of a Vortex Farewell Trip,

Well, much of what she needed. What absolutely could not be done she could offload to her future self, who already had enough to curse her past self about. What would one or ten or a hundred more things be? And so on Thursday --- the day before MB's Halloween party, and two days before we would set off on the trip ---

bunny_hugger decided that as bad as she would feel for all this postponed and rescheduled work, she would feel worse not going to Vortex's final weekend. The trip was on.

Once we worked out something. Not the goldfish, who can be left untended for shockingly long come wintertime. Preuss, the local good pet store with special expertise in fish, doesn't even feed their goldfish all winter long. We're not quite courageous enough to do that, but we could leave the fish we'd brought in over another weekend easily. Sunshine, though? ... We would drive down to Cincinnati (sp?) on Saturday, and back Sunday. Would this be all right? ... Well, the hazard with leaving a rabbit unsupervised, besides the risk of their running up long-distance calls, is that they'll stop eating, which turns into a major crisis in about two days. We wouldn't be gone that long. In Stephen's youth

bunny_hugger left him alone overnight for similar trips. Previous rabbits got similar care. And we could do better by Sunshine: we have an enrichment tool, a little ball that we can put pellets in. She gets them out by rolling it, giving her exercise and stimulation. And also, then, she has to eat more slowly. Provided we left enough hay and water, and a large load of vegetables and pellets, there was no reason we couldn't leave her alone, at least for 36 hours.

We couldn't quite do that. But we did talk to E, a friend in town. He was willing to stop in Sunday afternoon, check that she had eaten, and give her a fresh pile of vegetables and pellets. So we gave him

bunny_hugger's house keys, and reflected that he should have his own set in case of emergency anyway, and showed the basics. We didn't ask him to give Sunshine an eye drop, trusting that she could miss one treatment without serious irritation. And so we left instructions and a bag with a right amount of pellets and another bag with a right amount of hay, and trusted to E's good judgement.

So this was it. A maybe mad dash to Cincinnati, catching the last weekend of Kings Island's regular season, and the last days of Vortex. We left Lansing in mid-afternoon; we could hope to get there by 8 pm. If the weather held up we might even get to Kings Island in the evening. They close Saturdays during Halloweekends at 1 am, an hour later even than Cedar Point does. They pay for it on Sundays, closing at 7 pm, rather than Cedar Point's 8 pm. The one drawback: a couple years ago we went to Kings Island two days in a row, and the second day had some weird problem with our passes. It got straightened out, but if we lost precious time Sunday morning, during early admission when the park would be as empty as it could get and the chances for riding Vortex the best they would be? That could be a regrettable mess.

We did not have to decide whether to risk this. While a Saturday night ride on Vortex would be great --- and one on The Beast even better --- Saturday was also the rainiest day since the Flood. Our whole drive down it rained, sometimes mildly, sometimes bad enough that the highway slowed down.

bunny_hugger nodded off, as she often will on a long car ride, and woke up at the end of the Greatest Generation podcast episode to ask if it had been raining that hard the whole time. It had not, but ... it had been raining like that the preponderance of the time.

We checked in to a Red Roof Inn which was clearly Some Other Hotel when it was built and rebranded, so that the individual rooms looked right but everything else about it was all wrong. And we had a hard think about what to have for dinner, which is to say we asked where the nearest Skyline Chili was. There was one just across the highway, turns out, although at the end of a complex web of narrow roads which make absolutely no sense for the Cincinnati (sp?) area. This was a maze of roads that would be appropriate for Pittsburgh, where you have to keep spiraling around to keep anything like a drivable gradient. I started growling because I thought I made a wrong turn about 28 times in a drive of under a half-mile's length. Anyway, Skyline Chili: really good idea.

Kings Island closed at 11 pm, after what must have been the most dismal attendance day on record. Sunday, closing day, promised to be sunny and in the 60s. Undoubtedly, everyone in the lower Midwest and the upper South would be at the park, competing with us for a ride on Vortex.

Trivia: A meteor of about 140 kilograms fell just outside Ensisheim, in Alsace, on 7 November 1492, shortly before noon. King Maximillian, son of the Holy Roman Emperor Frederick III, announced on 26 November this was a sign from God, and ordered the stone displayed in Ensisheim church, and ordered his men to battle with the French. (His forces won.) Source: Rain of Iron and Ice, John S Lewis.

PS: How October 2019 Treated My Mathematics Blog, which was ``crazy good'' thanks to getting a referral from somewhere for some reason. 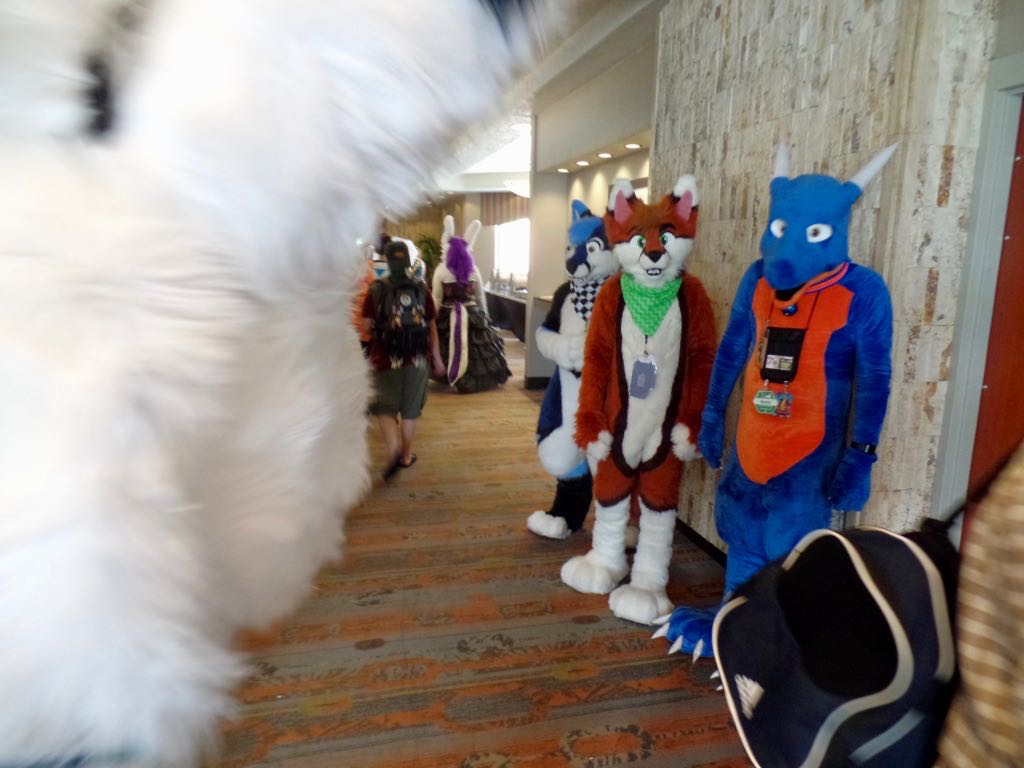 bunny_hugger around the aftermath of the parade. 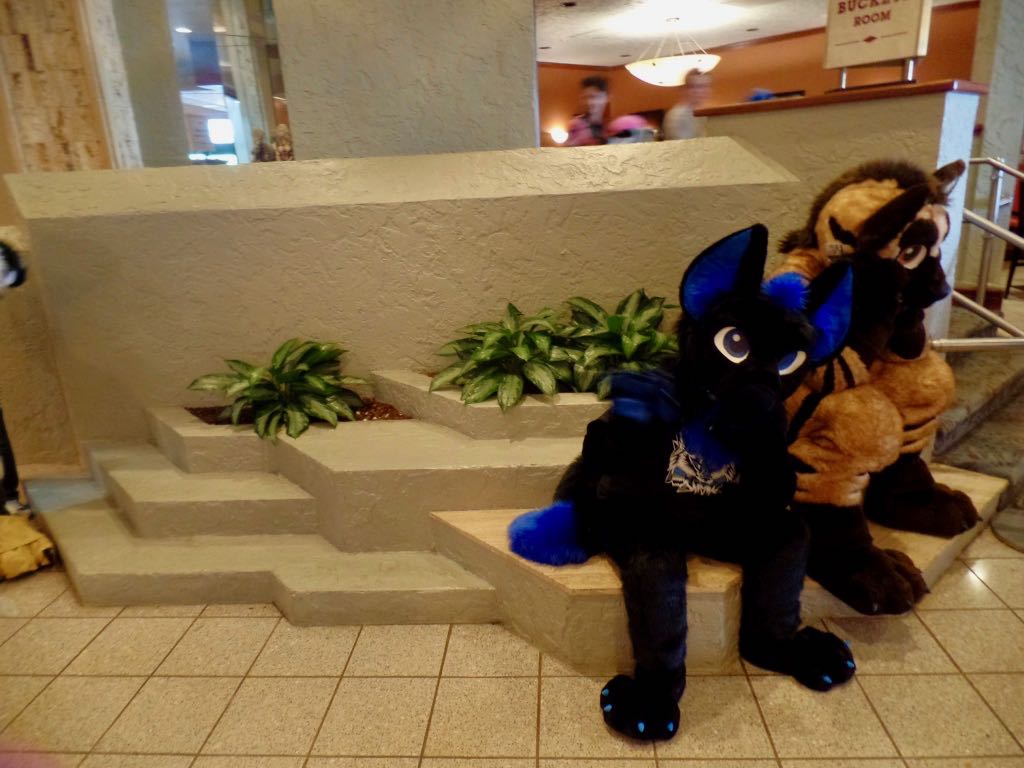 This neat little planter made for some great resting steps in the new hotel; it had a lot of places to just sit a while. 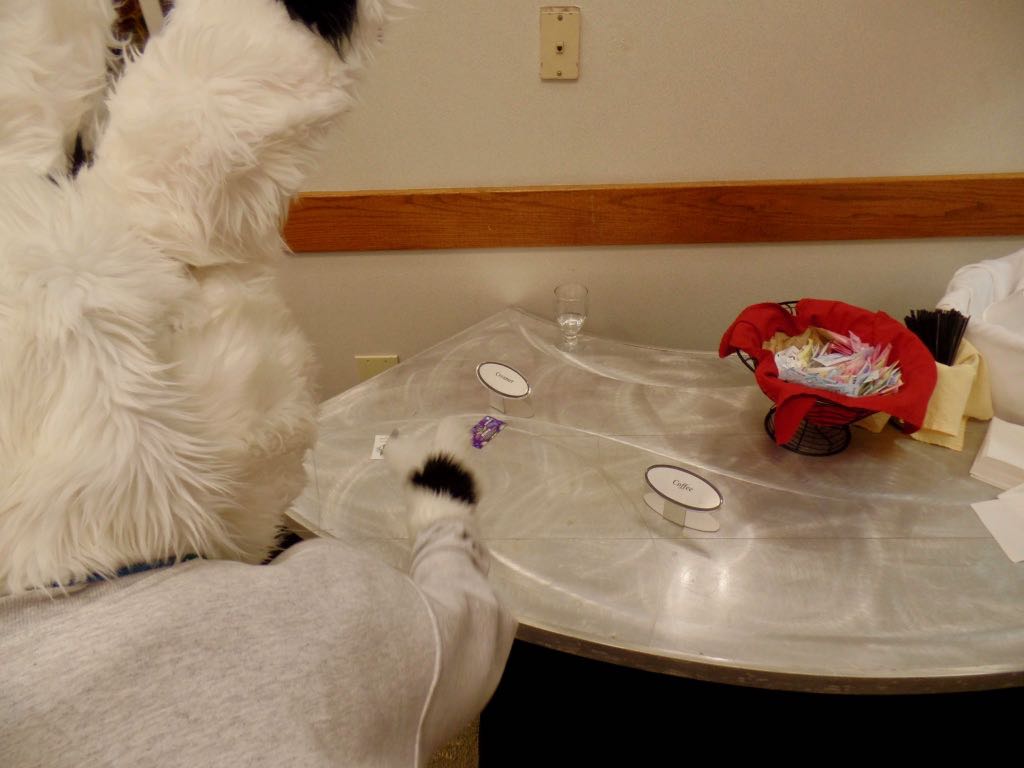