So about a month ago we adopted a blurry mouse. He's settled in pretty well here. He's got a cage that's a plastic storage bin with nice big windows cut open from the plastic, a design we were skeptical about but that turns out to be pretty great. It's set atop Sunshine's pen. She doesn't mind that --- why would she? --- but she does mind when we set foot on her bathmat, her Nest, in front of the pen, to get at the mouse. We shall be working out arrangements about this.

And we finally worked out his name. Fezziwig, which yes is A Christmas Carol reference. The name narrowly beat out Alastair, a similar reference. It seems to fit our mouse's slightly fat but cheerful nature.

With his name picked we were able finally to get him entered into our vet's databases. So Wednesday we brought him to the vet for an intake visit. There we learned that they're expanding, enormously. We're not positive but between the site being cleared for construction and the sketch showing what they will look like, they look ready to about double in size. They're a great clinic, certainly; we just didn't know they were doing that well and we hope they remember us, who knew them back when.

We had wondered how they might measure Fezziwig's heartbeat. It turns out the doctor just used a regular stethoscope, but had to hold the mouse, curling him around the listening membrane, which was just funny. We'd also wondered how they might examine his teeth. The vet did this by holding on to his head and basically waiting for him to open his mouth. Also we learned that our mouse is 54 grams, a trifle under two ounces, but still a bit fat. We knew he was, since we can look at him. The solution is, sad to tell him, to feed him more boring food --- laboratory-grade nutrition blocks --- until he gets to a target weight we don't actually know. It did strike us that, wow, give us the chance and we'll eat more than his weight in cheese any chance we have to eat cheese.

Also we learned how they weigh birds, one of the clinic's specialties: they had a weight scale with a small perch glued permanently to it. Fun to see.

Anyway, Fezziwig has a clean bill of health, with no obvious issues or reason to think he's getting any. We brought him home and set him back in his cage, while letting Sunshine know that she didn't have to see the vet anytime soon herself.

Trivia: The Second Bank of the United States was chartered, in 1816, with a capital of $35 million; the first bank, in 1791, was capitalized at $10 million. Source: The Money Men: Capitalism, Democracy, and the Hundred Years' War over the American Dollar, H W Brands.

PS: What You Need To Pass This Class, my traditional not-quite-reblogging of algebra people really do know how to do themselves and just intimidate themselves out of.

PPS: Another day, another roller coaster at Elitch Gardens. 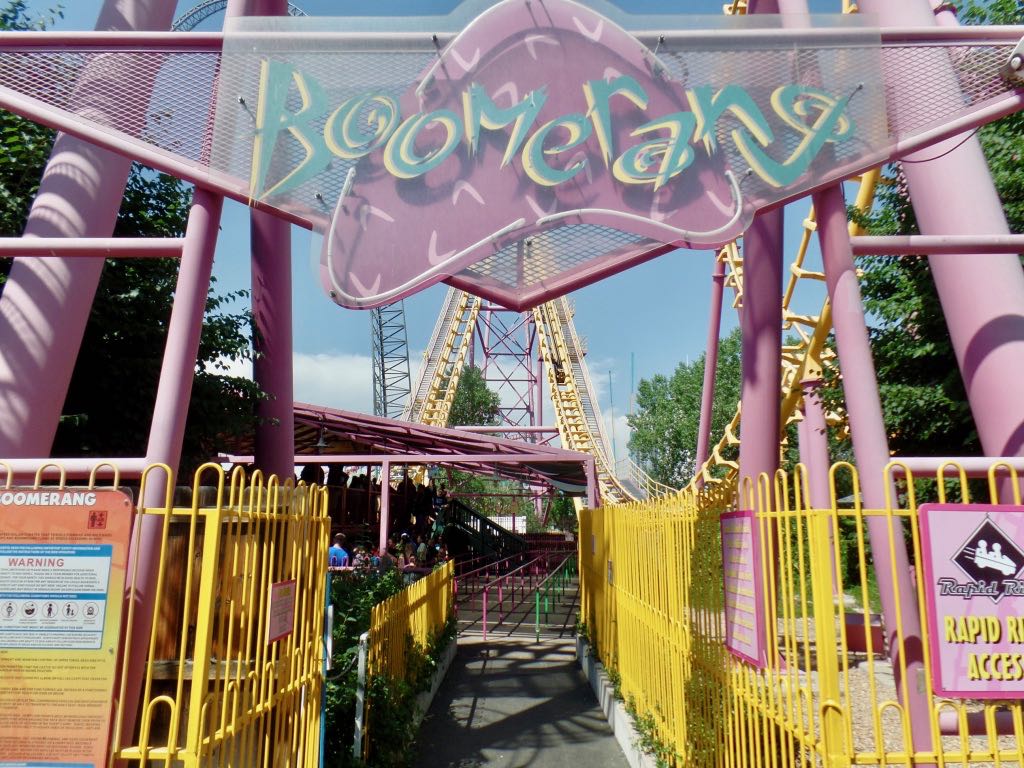 OK, Boomerang: the roller coaster at Elitch Gardens that

bunny_hugger was least interested in riding, as it's a shuttle coaster identical to the Sea Serpent at Morey's Piers and Boomerang at Six Flags Mexico and Sidewinder at Hersheypark and Zoomerang at Lake Compounce and it makes her nauseous every time. It's also Boomerang at Darien Lake and The Bat at Canada's Wonderland, which we hadn't ridden yet when I took this photograph. 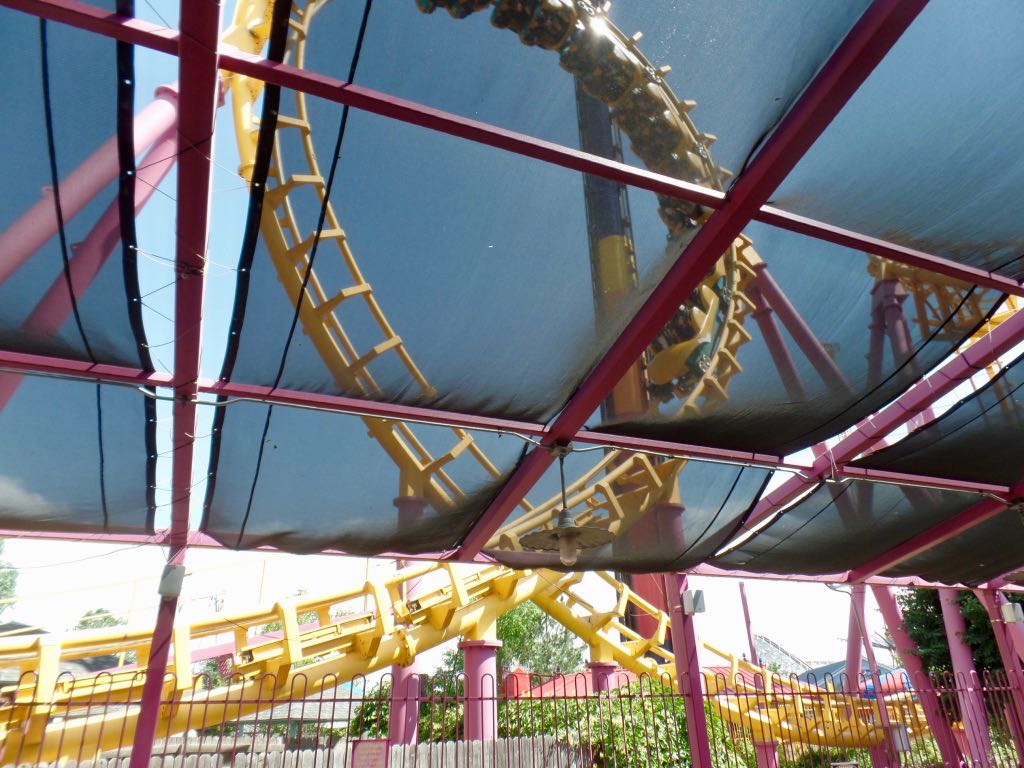 Train going over the main vertical loop of Boomerang. 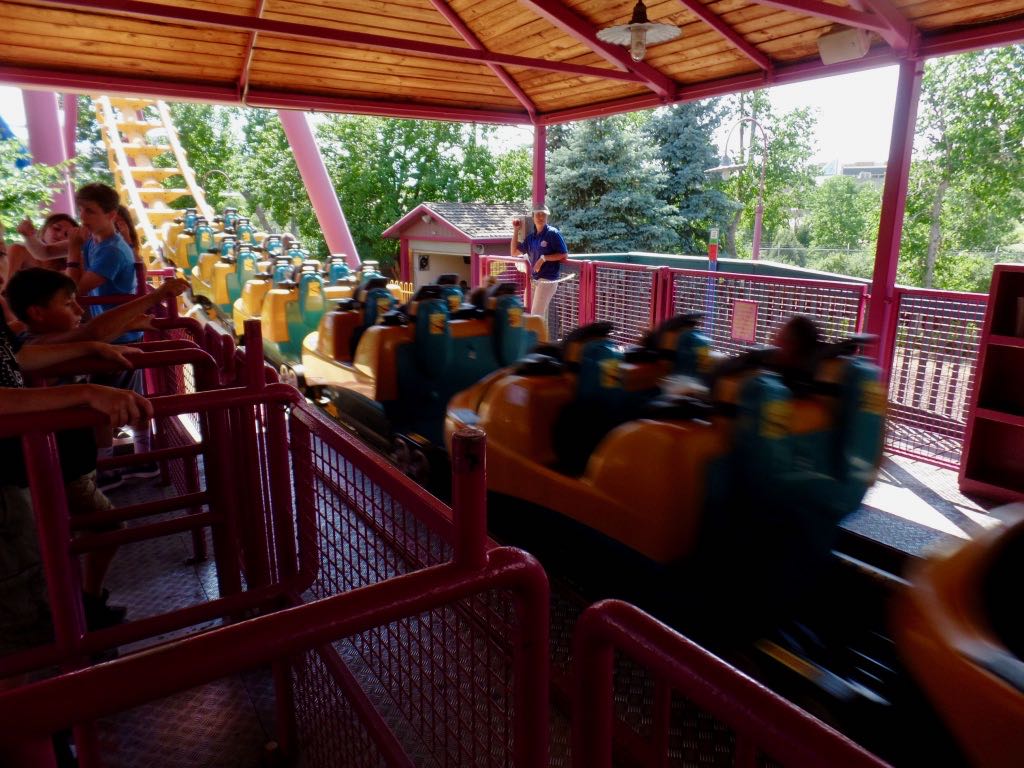 Train coming back into the station for its rapid deceleration, along the lift hill, at the end of the ride.