I've had another full week posting stuff to my humor blog. What's been there? This: 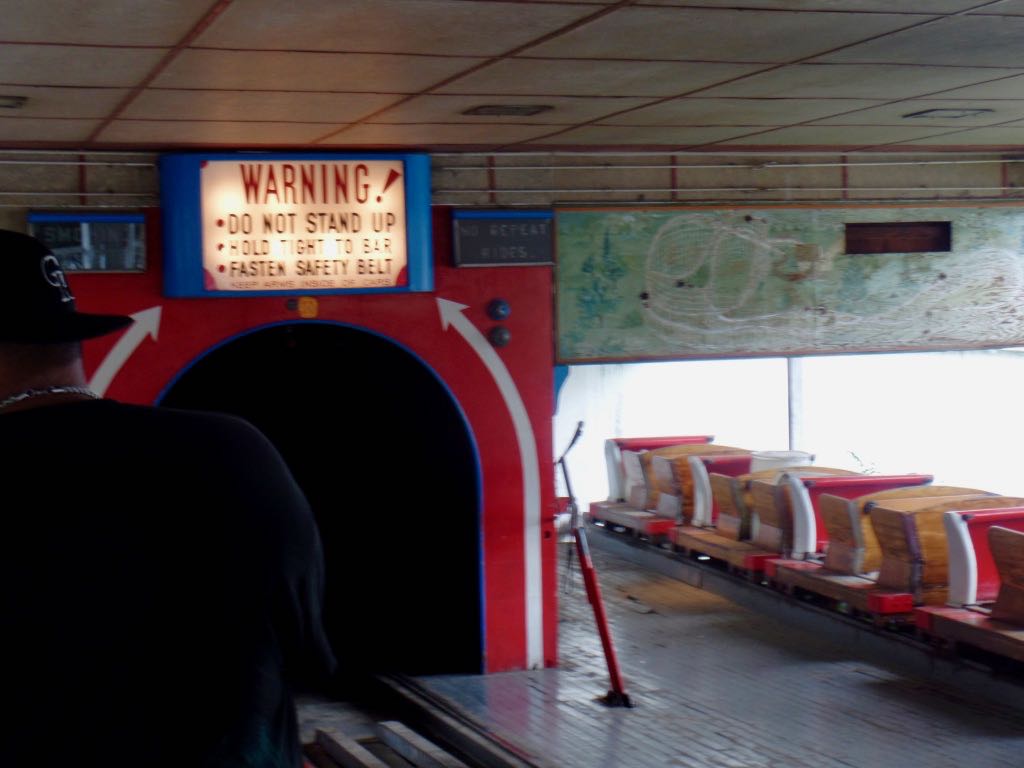 Entrance tunnel to the Cyclone roller coaster, with the warning about standing up during the ride. Notice on the right there's a map of the roller coaster, with lights that theoretically would show where the train was on the track. Conneaut Lake Park has a similar scheme, both for the tunnel going in and for the disused map showing where the train is. 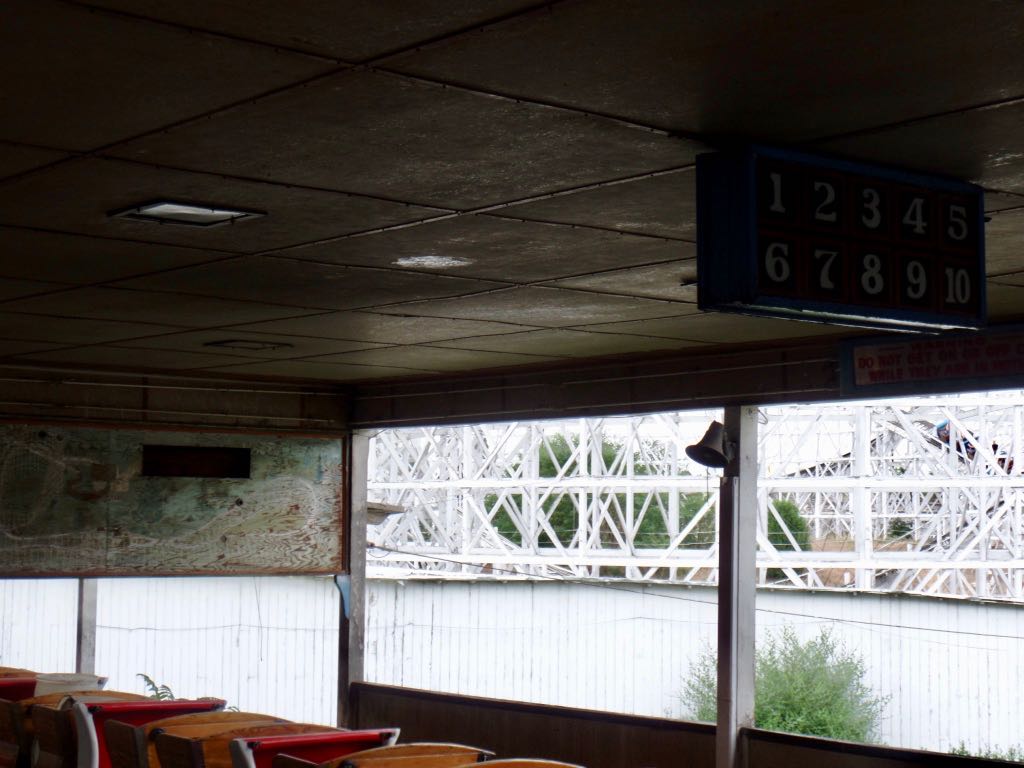 A view of, in the center-left, the ride map, and on the right, a board with the numbers 1 through 10 for some reason. 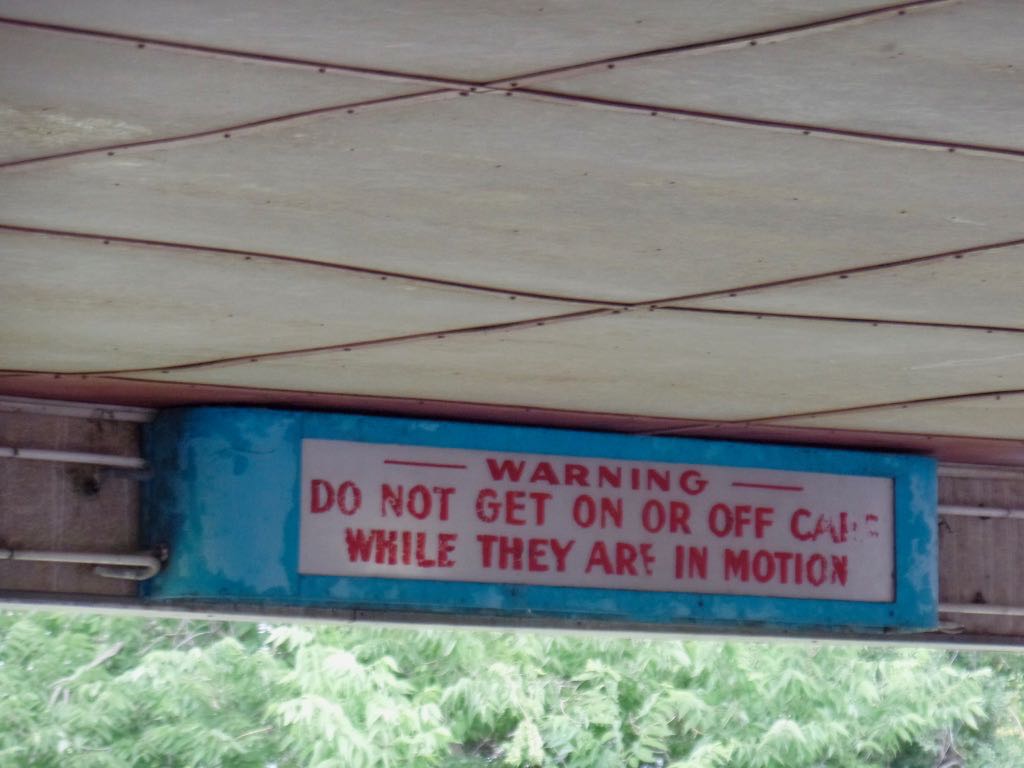 A warning sign near the back of the station about not getting on or off cars while the train's moving. 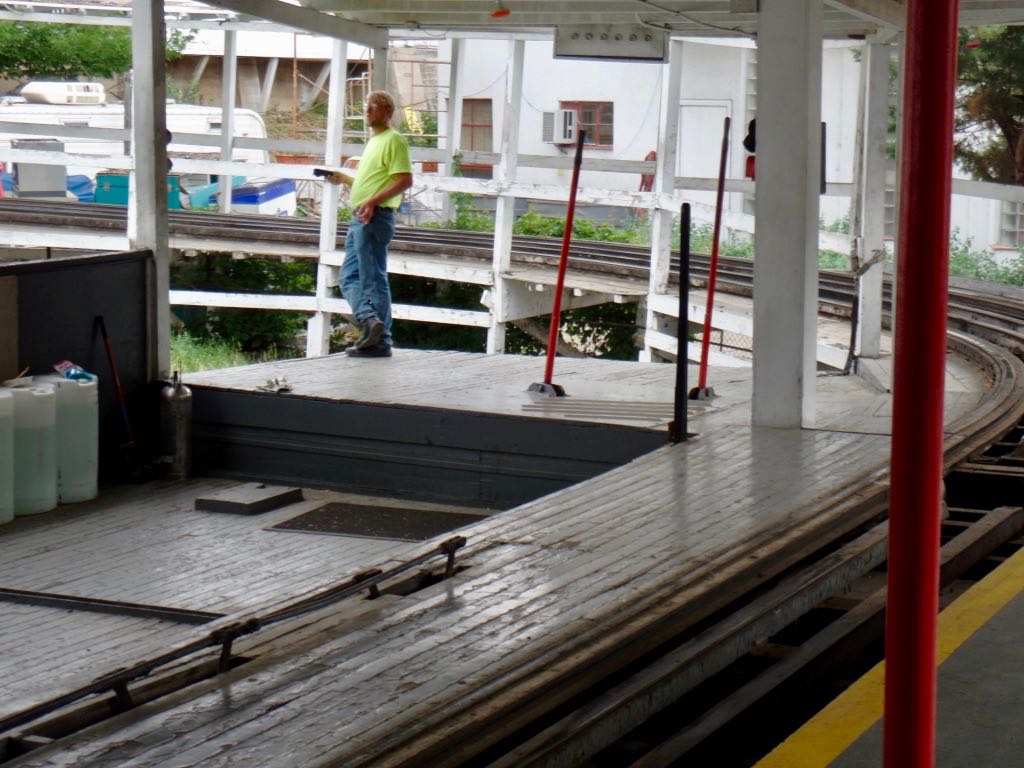 A look at the back of the Cyclone station, with manual brake levers and 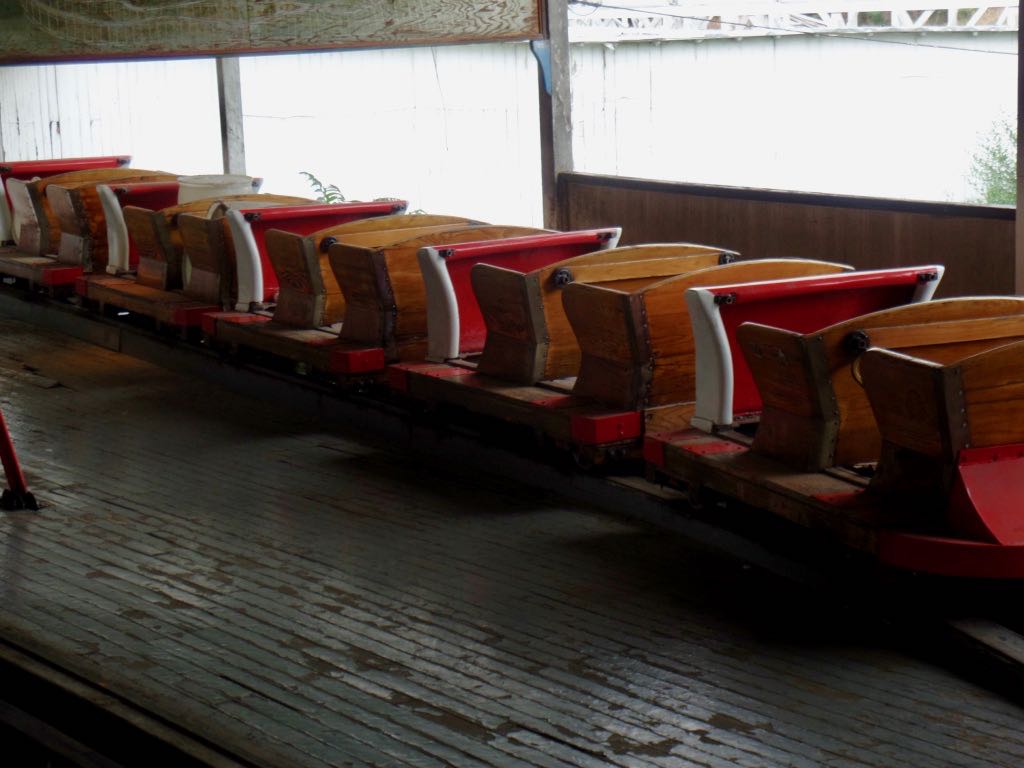 Second train for Cyclone. I don't know that two trains are ever running simultaneously. 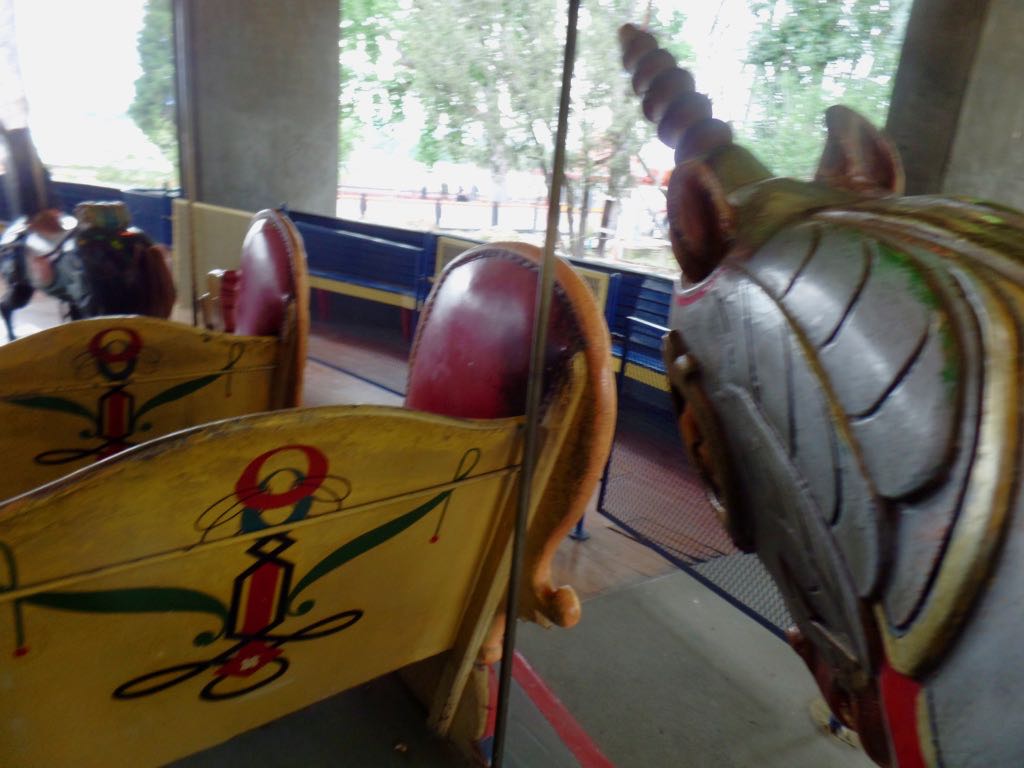 And to the Merry-Go-Round! Which has about 80 unique features. Among them: a horse with a unicorn helmet, something that you don't see very much. It's right behind one of the chariot benches. 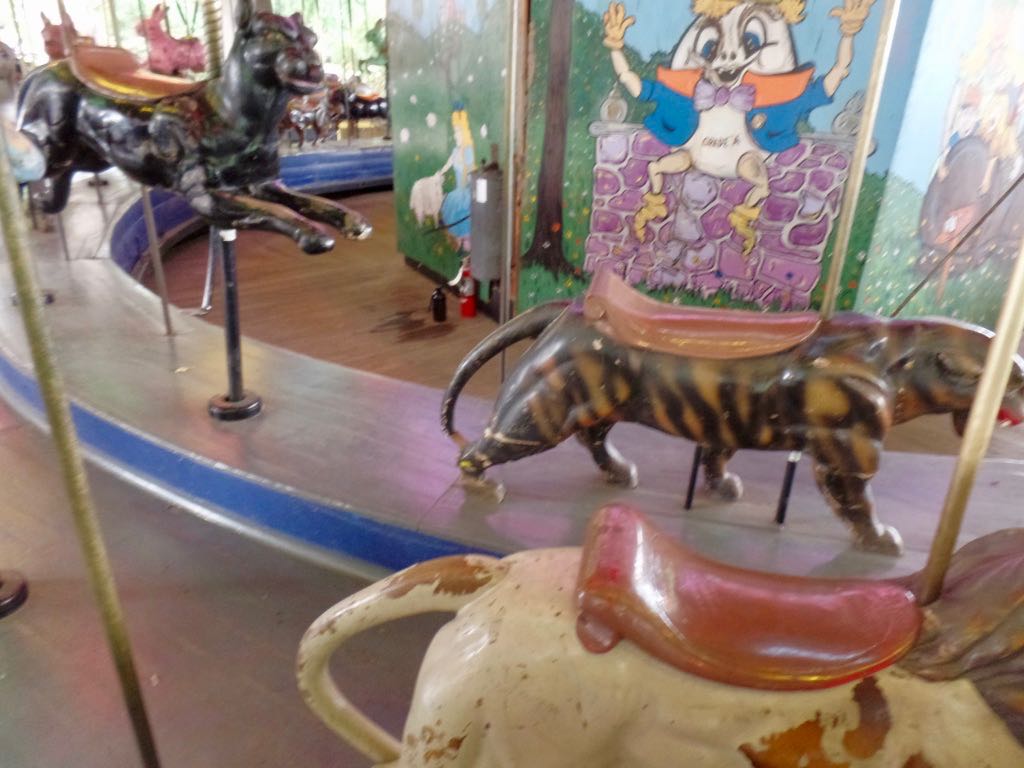 Another distinctive feature: a lot of menagerie figures. Here you can see a tiger on the innermost row and a lion next to it. Which is doubly unusual: big cats like this are usually on the outer row and, at least in the Dentzel tradition, put on opposite sides of the carousel ``so they won't fight''. 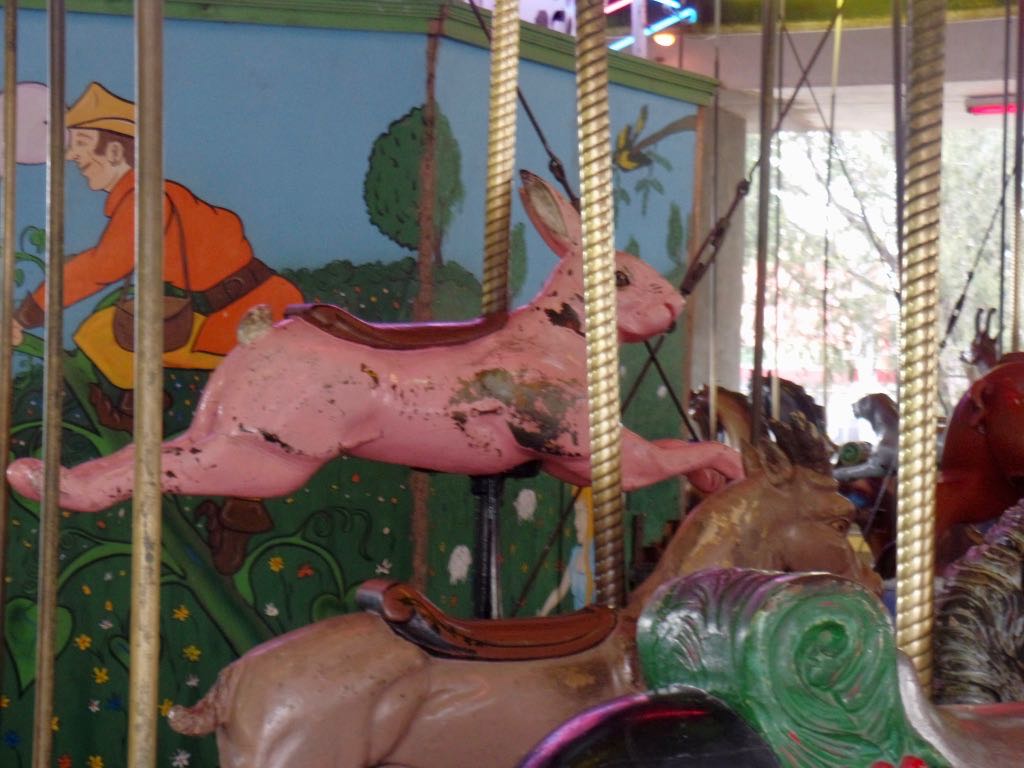 Pink rabbit who's seen better days on the innermost row, and a goat, I think that is, next to it. Also notice on the panel boards it's Jack climbing the Beanstalk. 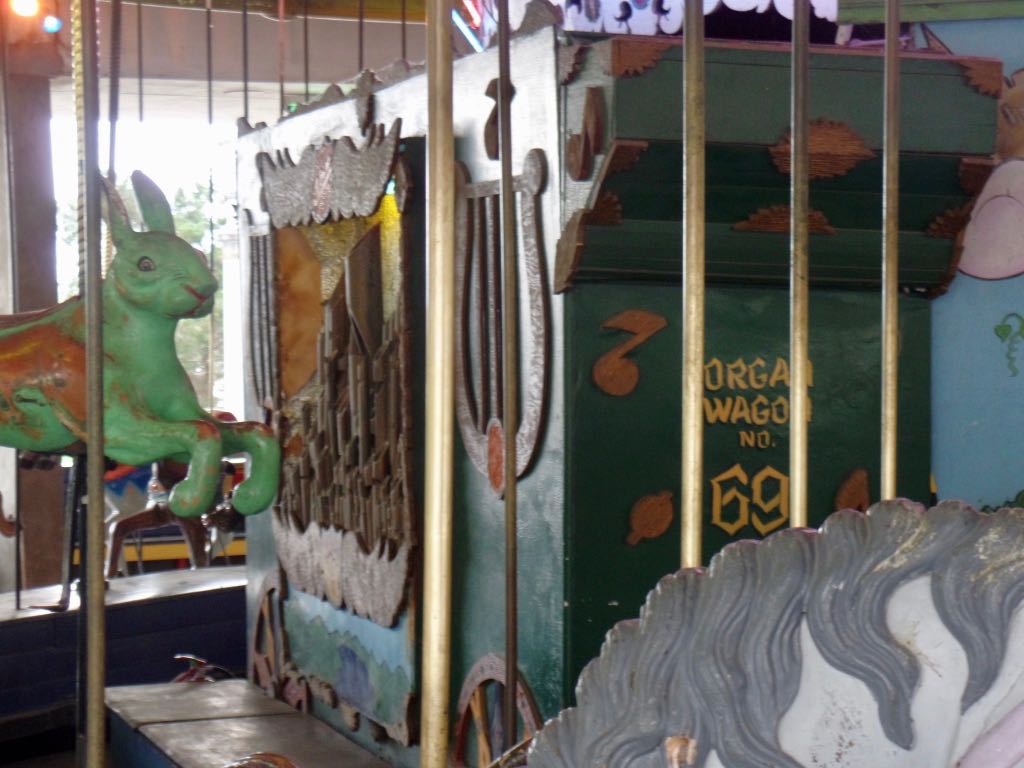 A look at a green inner-row rabbit, plus the band organ, and a hint of the sense of humor of whoever painted it most recently. 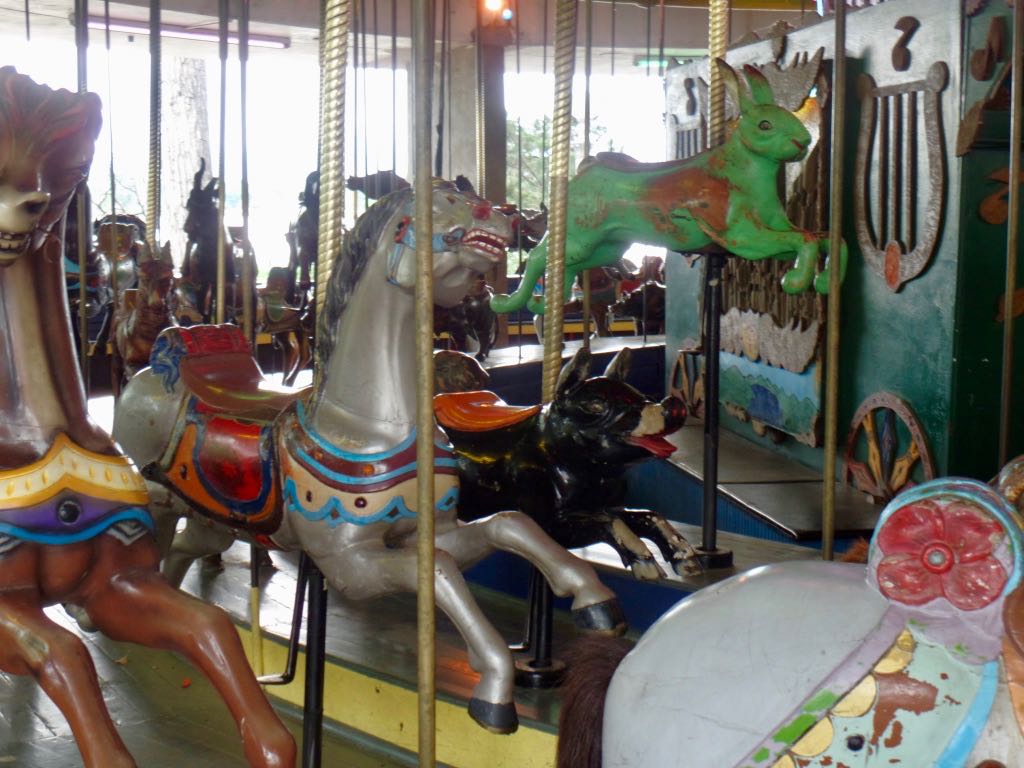 And now more of the Lakeside merry-go-round's distinctive features. There are other carousels with one elevated row, such as the antique carousel at Rye Playland. But this has two elevated rows. Look under the green rabbit and under the black pig. Ride operators have to get hazard pay for getting into the inner ring there. 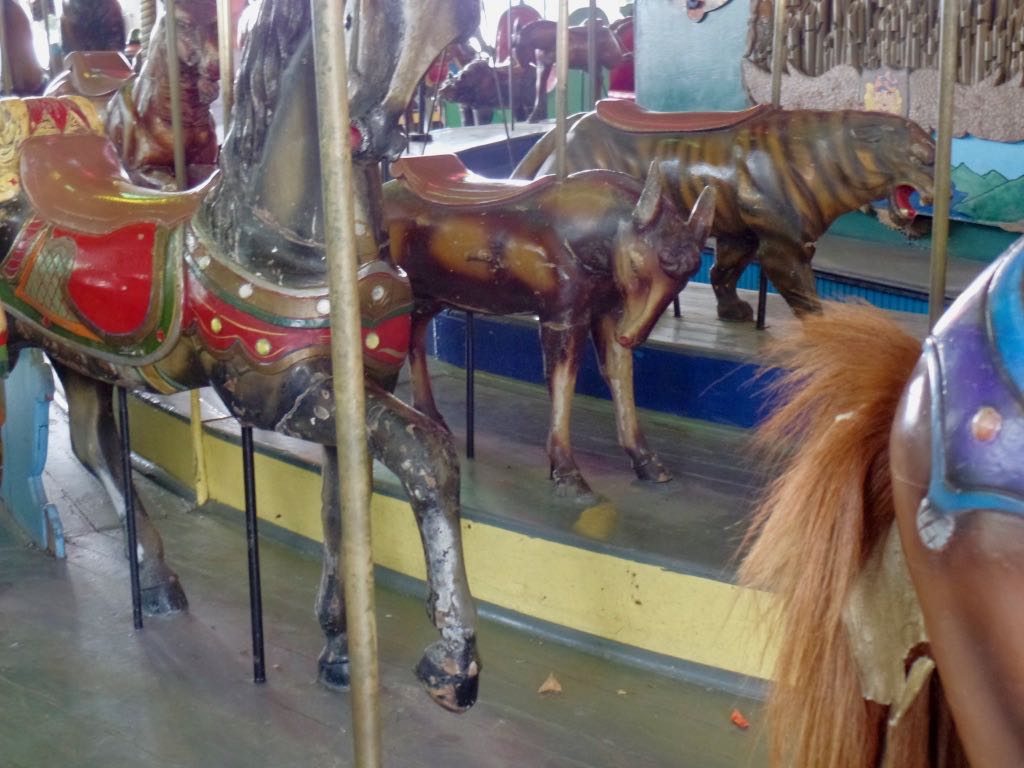 Another look at the two levels of the merry-go0rund, with a tiger and a donkey-I'm-thinking among the inner animals. 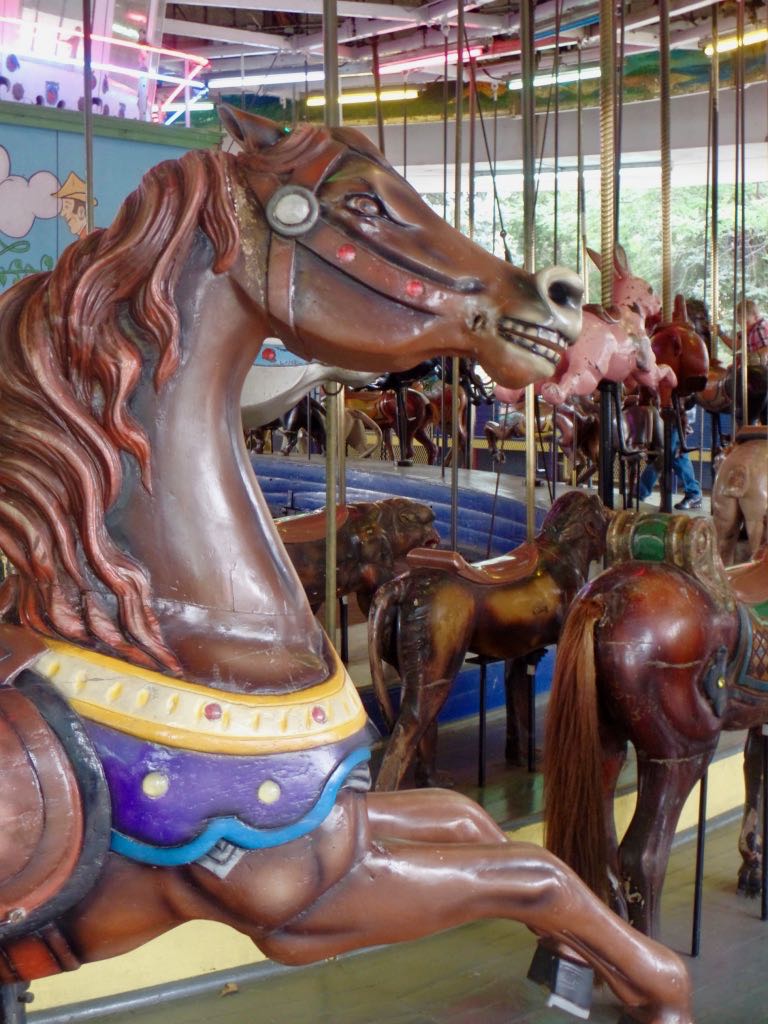 And here let's just look at some of the carousel mounts, with a glimpse of the pink rabbit on the right.

Trivia: One Nebraska stretch of I-80 reaches 72 miles without any turns or curves. Source: The Big Roads: The Untold Story of the Engineers, Visionaries, and Trailblazers who Created the American Superhighways, Earl Swift.

PS: How December 2019 Treated My Mathematics Blog, the review of my readership that's always one of my best-liked pieces, for some reason.