Although it's been a travel week I did log a couple of pieces on my mathematics blog. Here's what you could have seen:

Meanwhile in the story comics: What's Going On In Gil Thorp? Did Chet Ballard get his comeuppance yet? October 2019 - January 2020 in review. Yes, he did.

Now let's get a bunch of pictures of Lakeside Amusement Park, Denver, in: 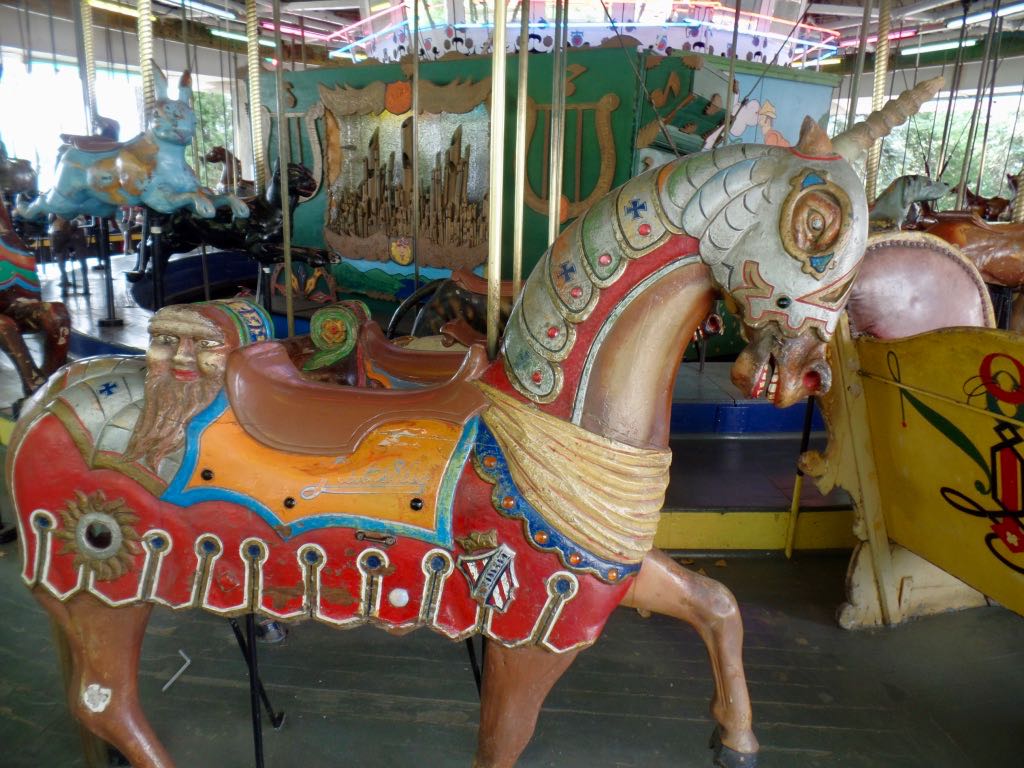 A good look at the unicorn-helmeted horse on the Lakeside Park carousel. I don't know which horse they regard as the lead but this would make a compelling candidate. 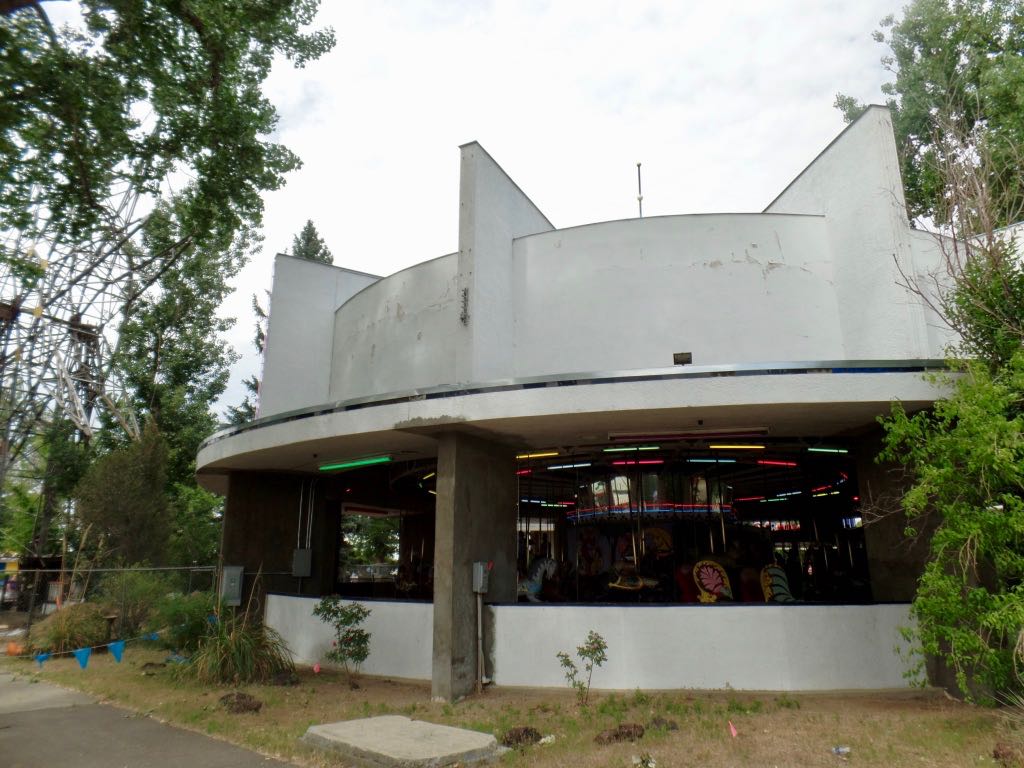 And a look at the back of the Merry Go Round's house, where it looks as much as it possibly can like a slightly outre cake transporter from the 70s. 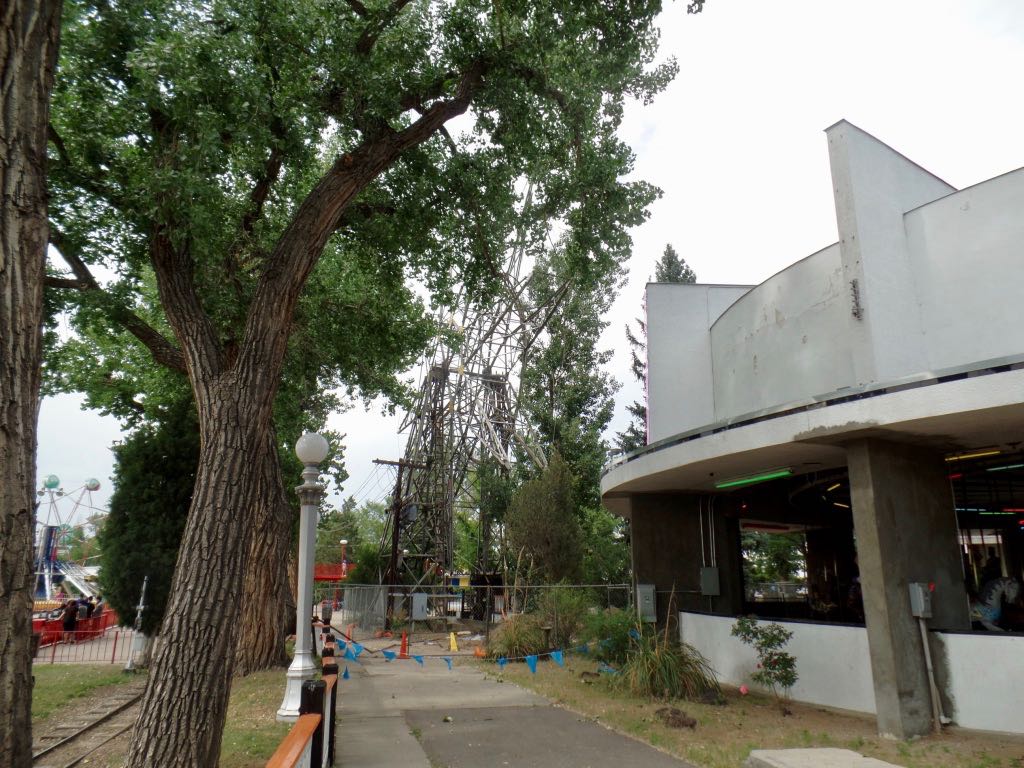 And ... oh, hey now ... what's this, over here, behind the Merry-Go-Round and down that path that's closed off with a line of ... triangular blue flags? 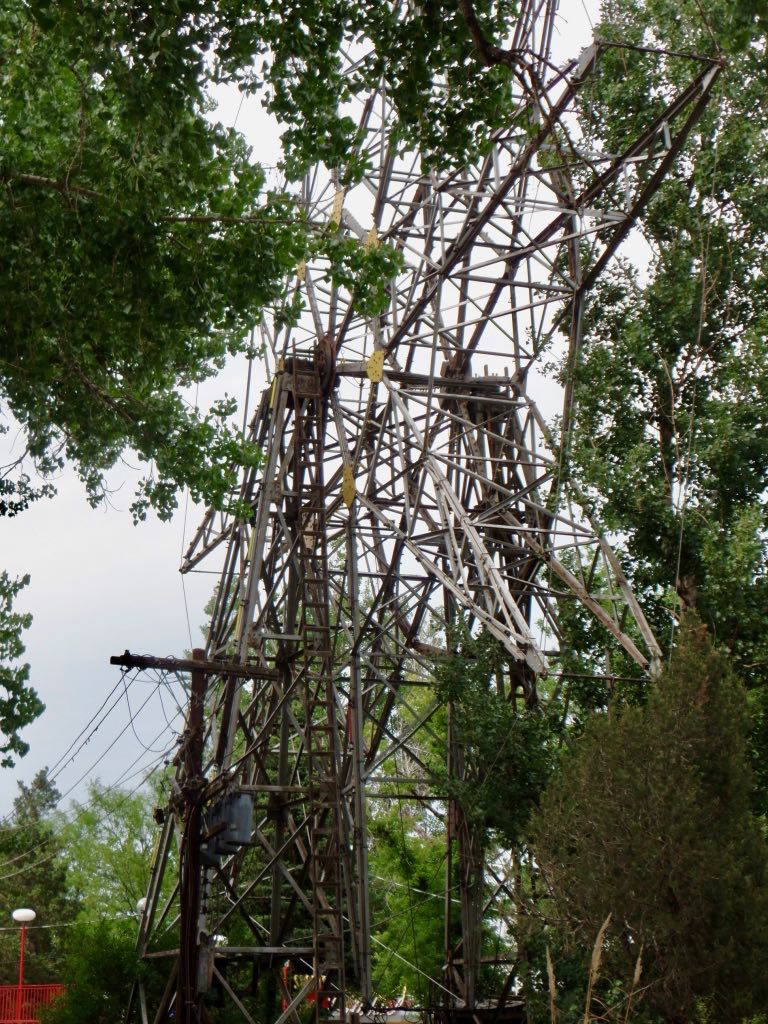 It's not a functioning ride, obviously, but we would have to investigate this further. The story is remarkable and I shall reveal it in time. 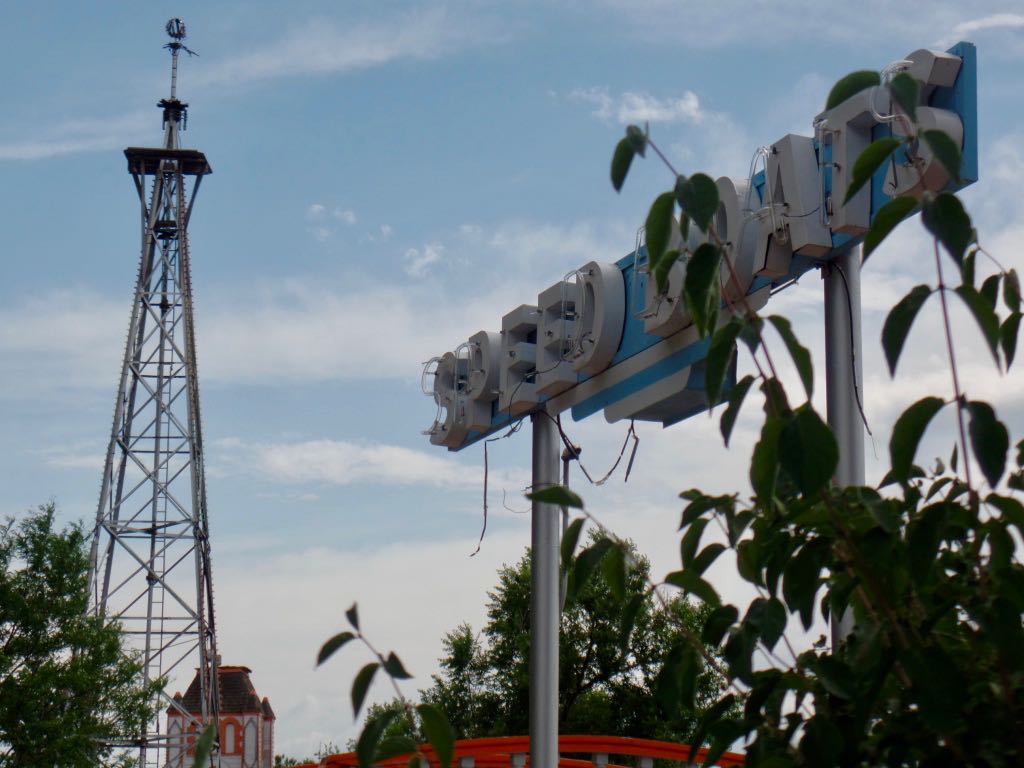 Now a look at functional stuff, including the sign for the Speed Boats that already promises a great look at night, and their tower. 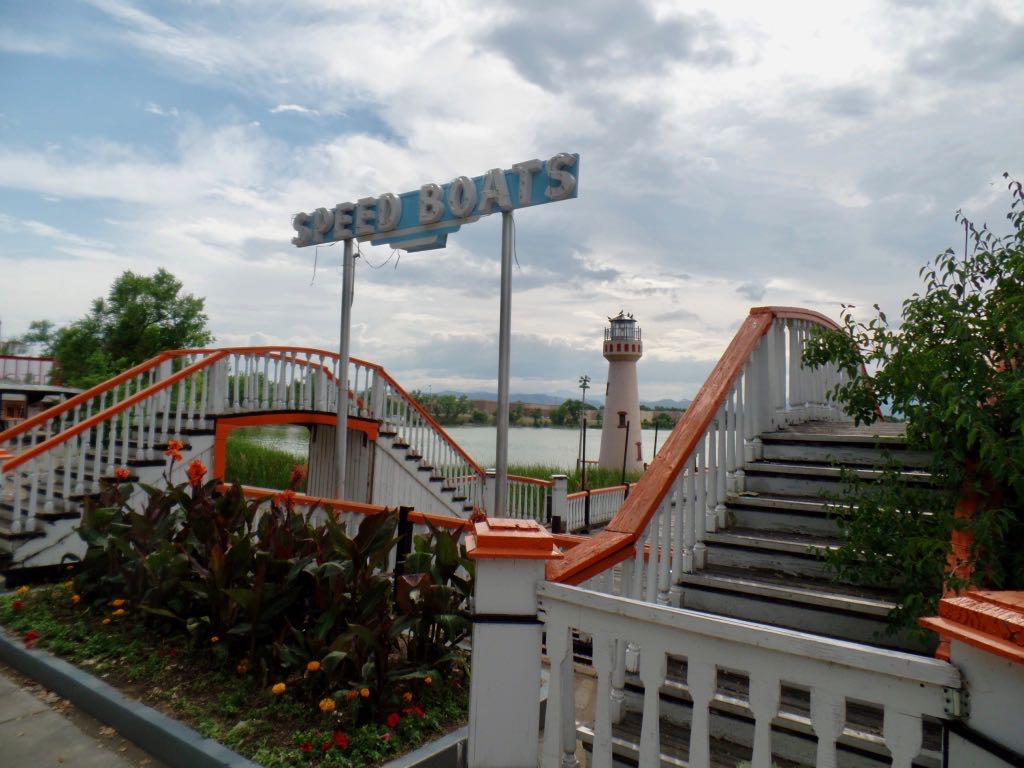 To get to and from the Speed Boats, and a couple other rides, you have to cross the tracks for the railroad and the park uses exactly the tiny-stairway hack to do that which you might have used in Roller Coaster Tycoon. 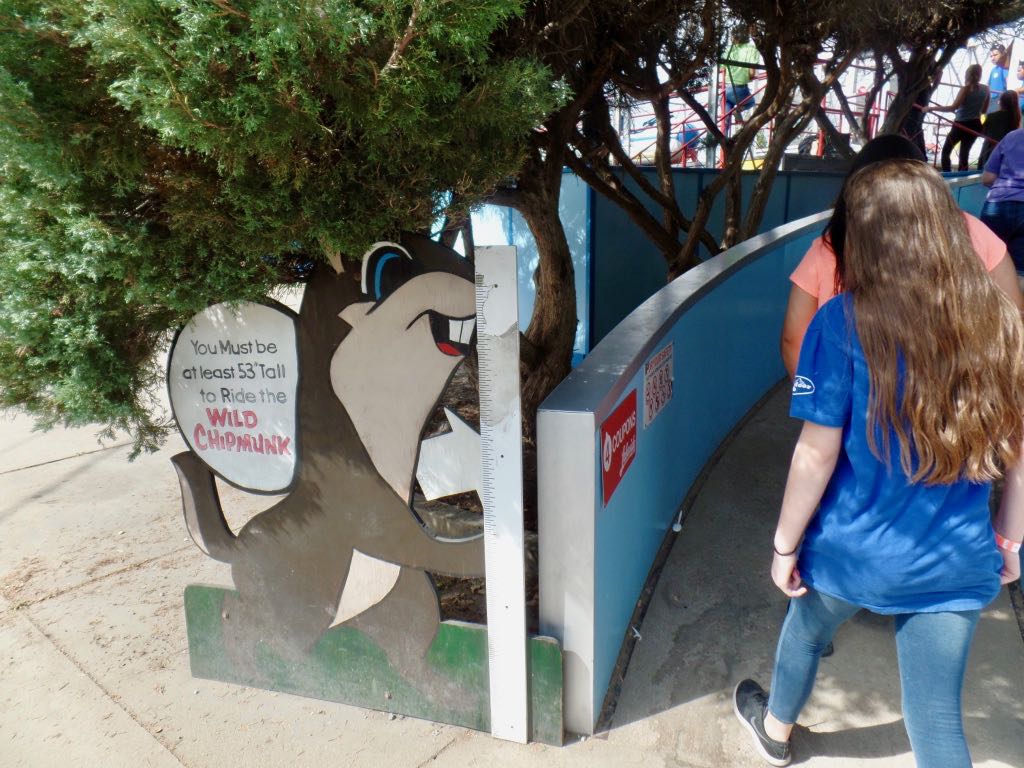 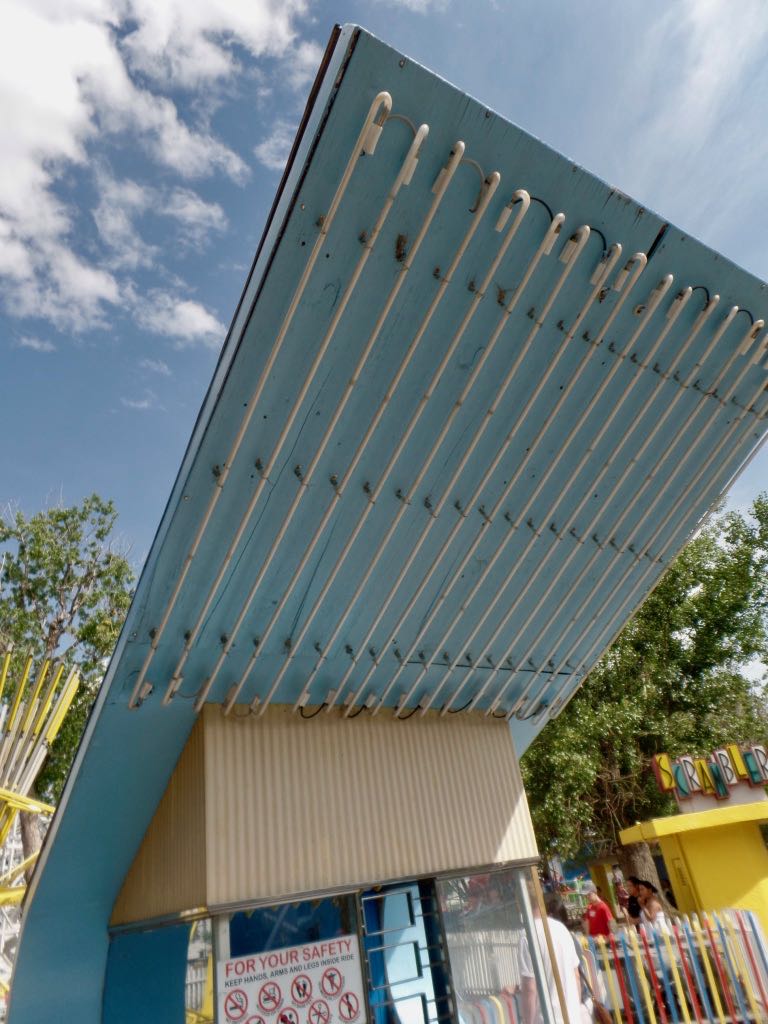 And this is the overhang of the Wild Chipmunk's ticket booth. It was not being used to sell tickets but isn't it gorgeous to just look at? 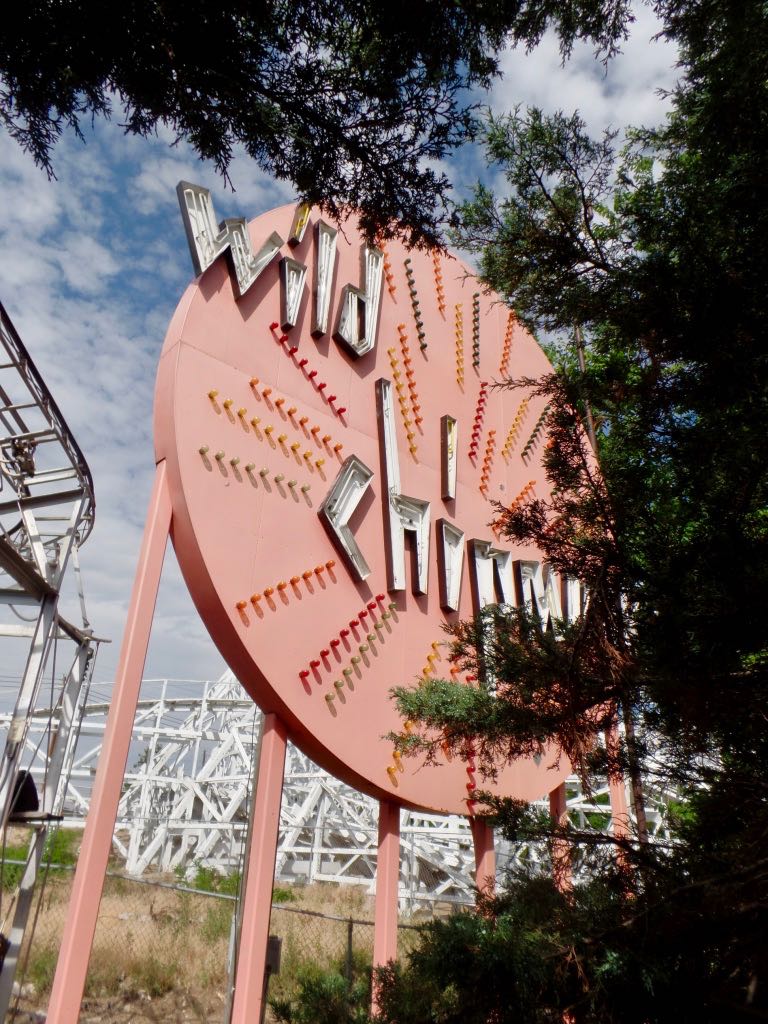 Obstructed view of the Wild Chipmunk ride sign which also promises: this has got to be awesome at night, and also be the title card for a Hanna-Barbera short sometime around 1959. 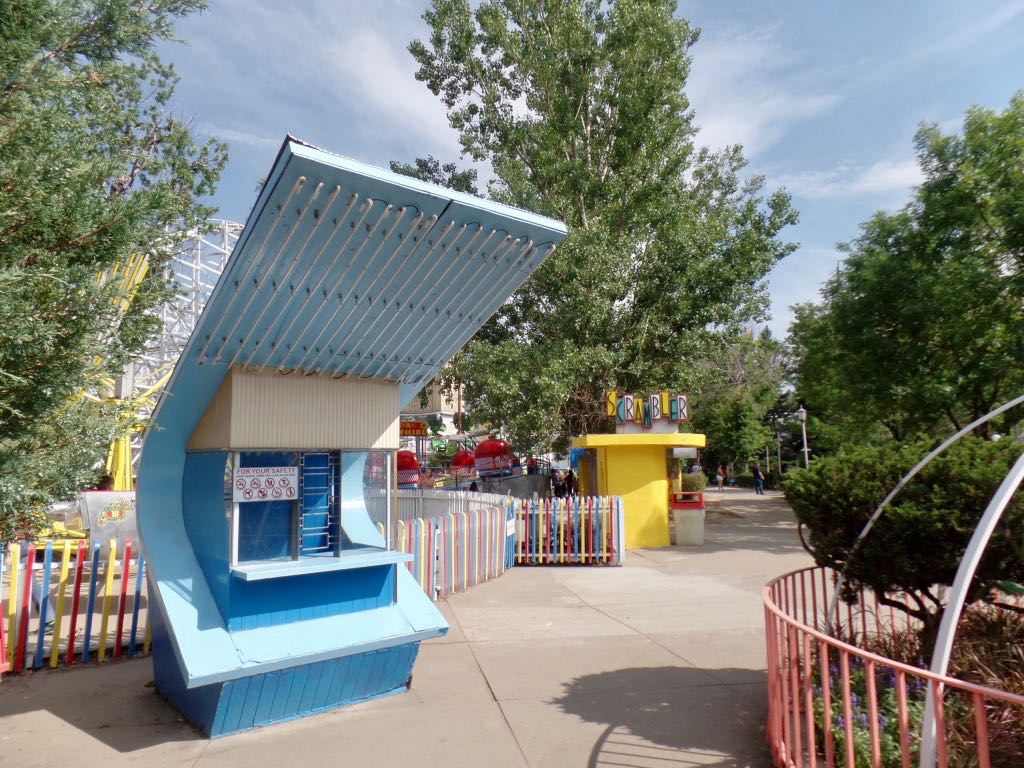 A view of the full ticket booth outside the Wild Chipmunk, which is gorgeous and hardly looks like it can be real. Also note the Scrambler booth in the distance there. 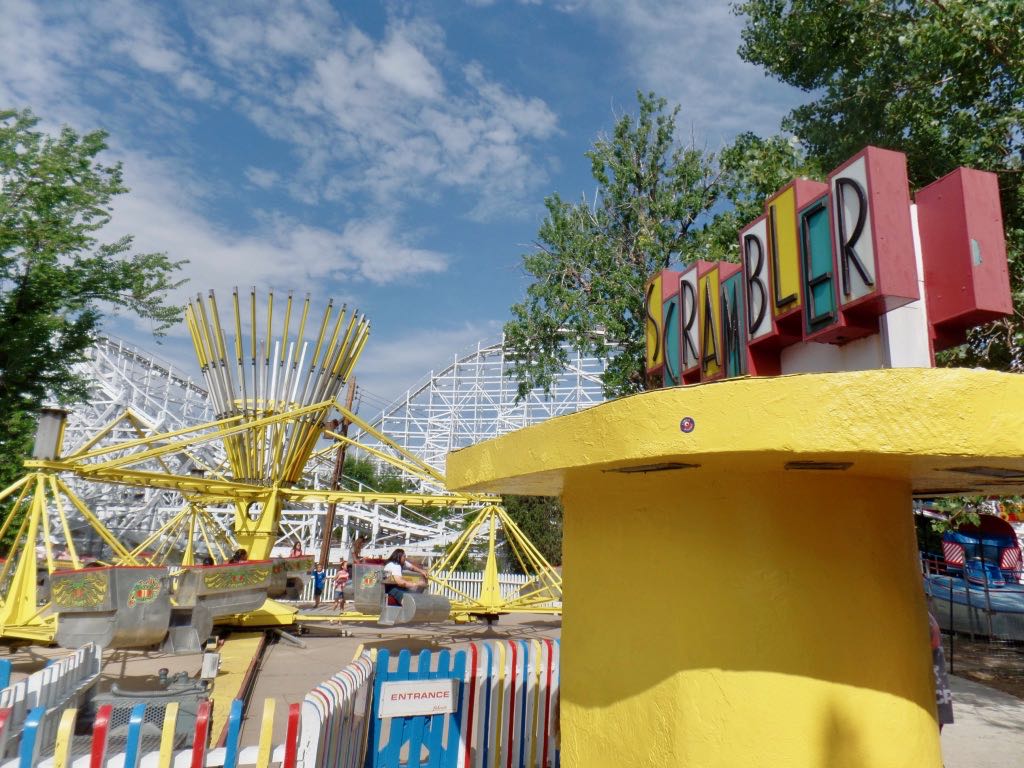 Here, we put the Scrambler booth up front. The Cyclone roller coaster's visible in back, there. And now looking from the Scrambler at the ticket booth outside Wild Chipmunk, with the Cyclone in the background again. The ticket booth continues to look unreal, doesn't it?

Trivia: It was 1886 before the United Kingdom prohibited the altering, delaying, or disclosing (to other than the intended recipient) the contents of a telegram Source: The Victorian Internet: The Remarkable Story of the Telegram and the Nineteenth Century's Online Pioneers, Tom Standage.