Well, it's still all slow then, let me share a bunch of Lakeside Amusement Park pictures. 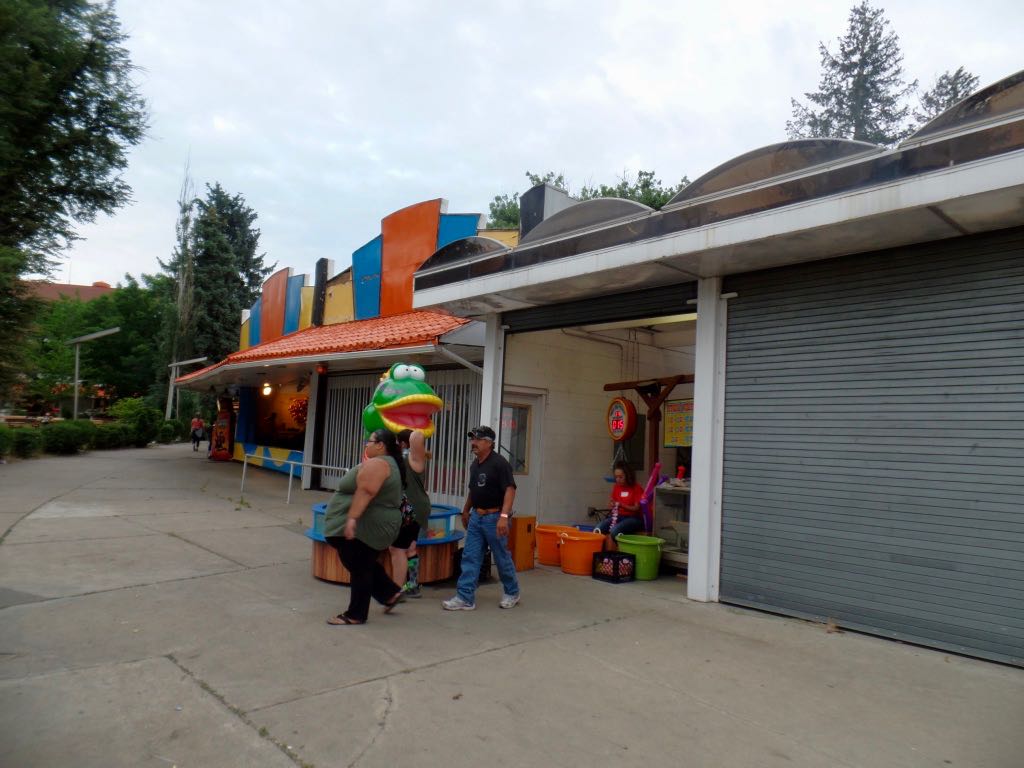 It's later in the day, so some of the midway games have opened up. Here, it's one of the (toy) fish-catching ones. 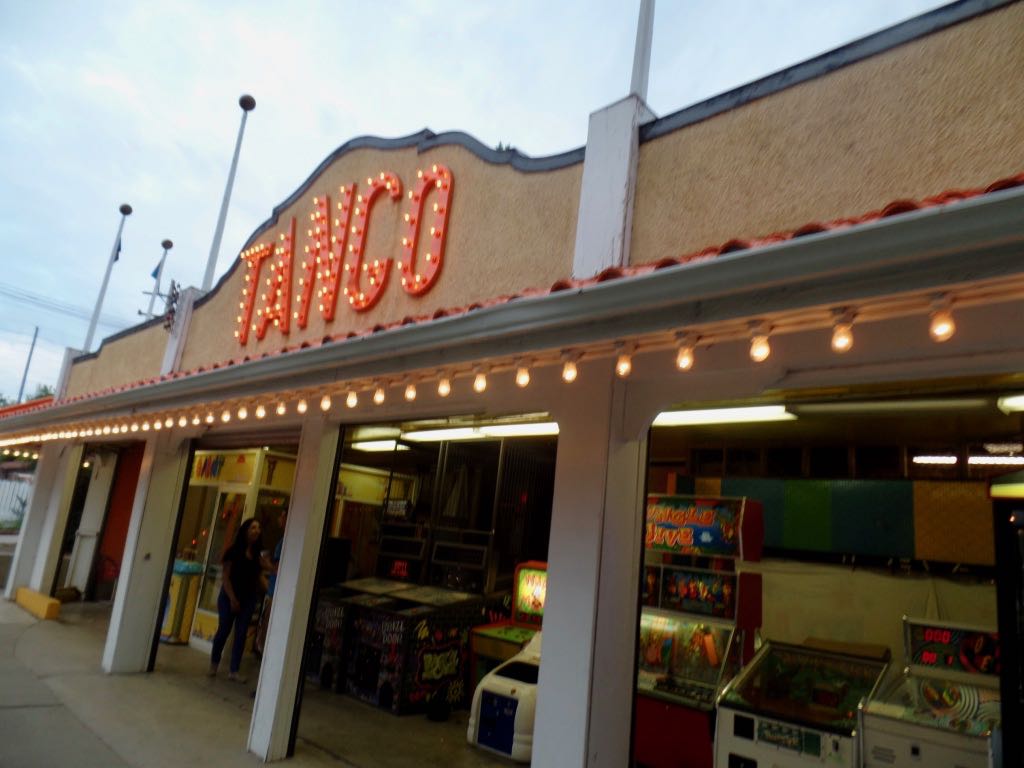 A whole row of unattended con-op attractions, underneath a banner named Tango for the reasons. No pinball. We checked. 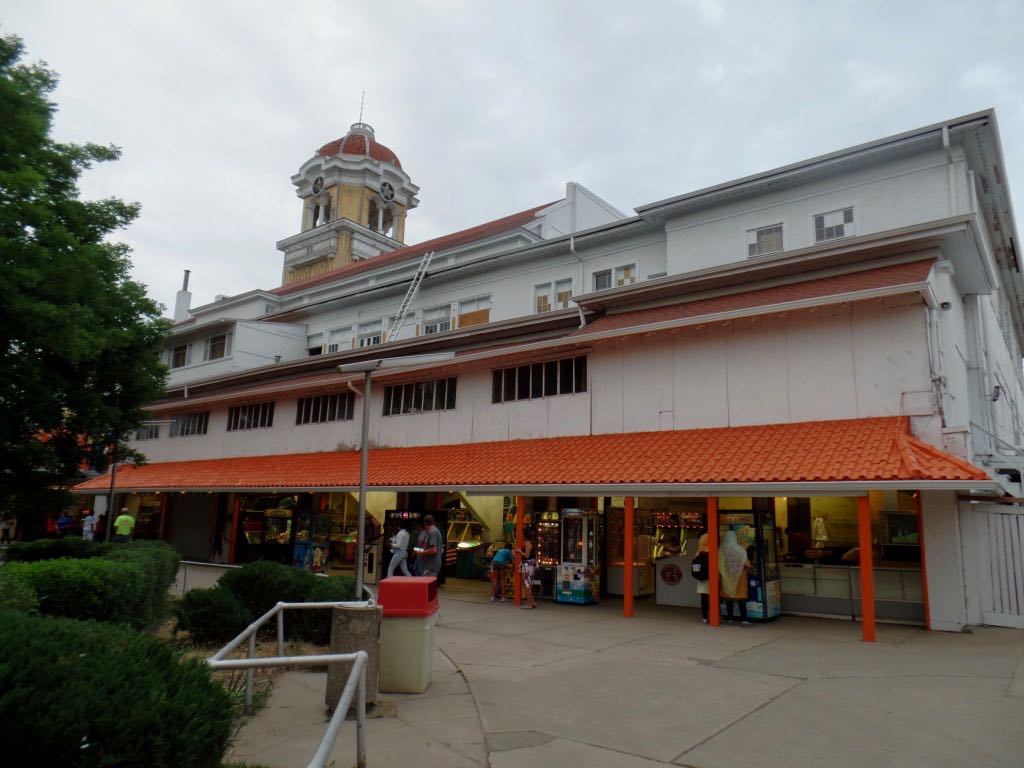 And here's a different row of midway games and coin-op things, in the long building that attaches to the Tower of Lights. 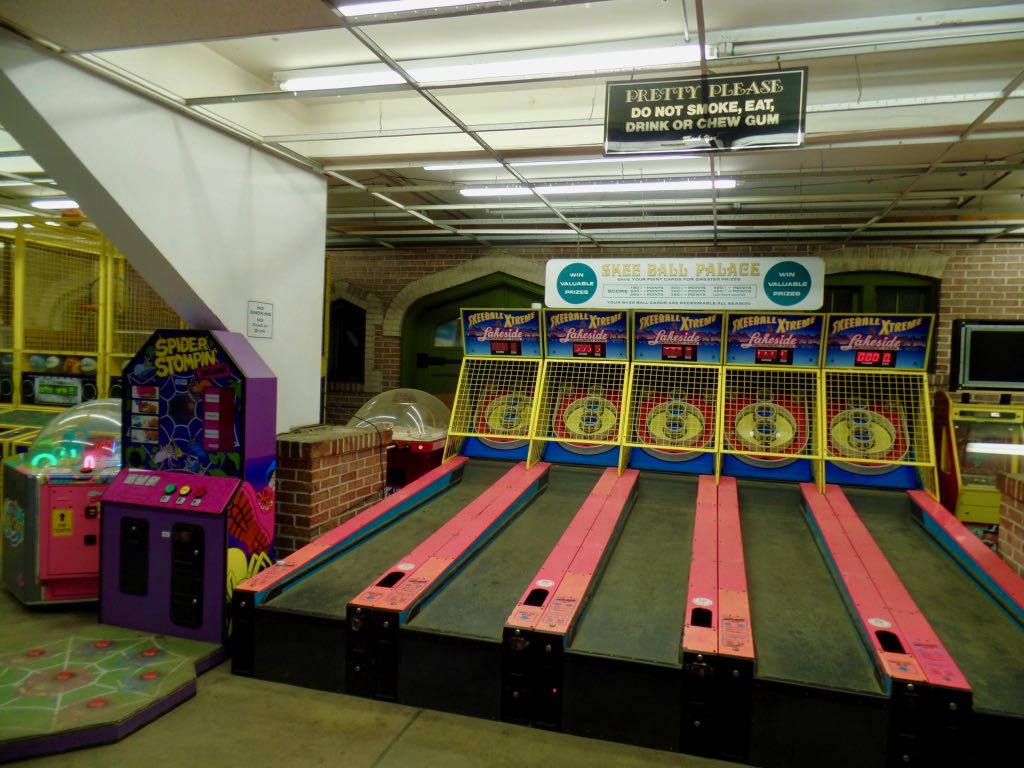 The Skee-Ball Palace, which like the other games is in a room that sure looks as if it used to be a food court or something. Note the sign asking you to ``pretty please'' not smoke, eat, drink, or chew gum around this all. 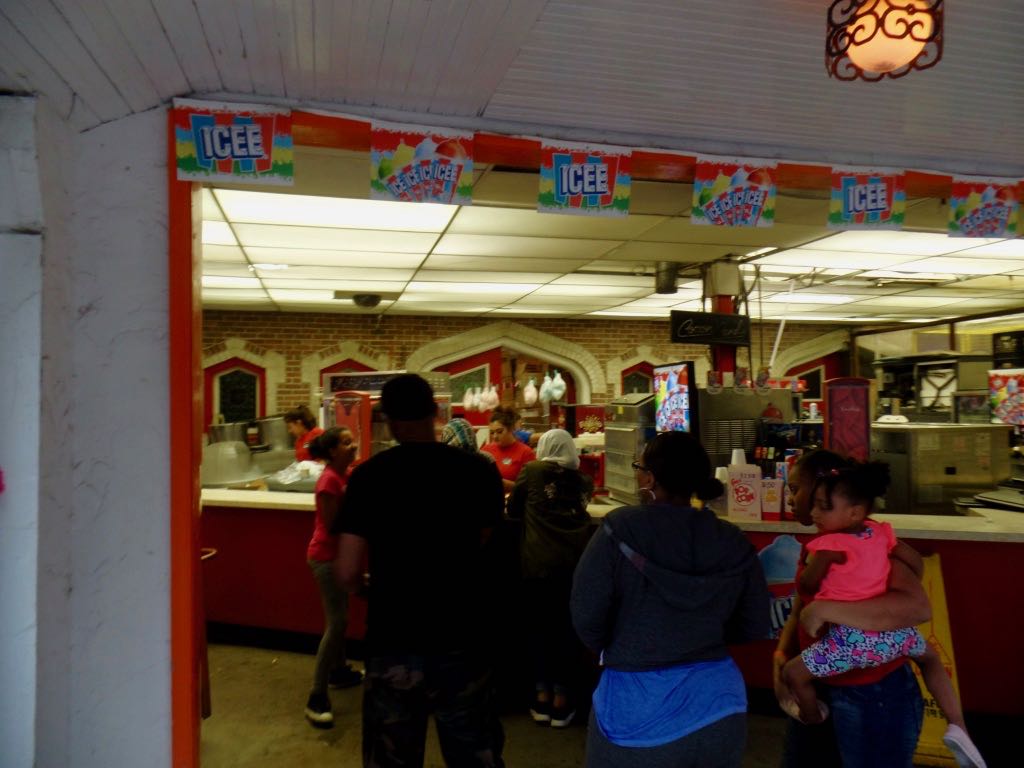 Icee and pizza stand at the far end of that Skee-Ball Palace area. We stopped here for pop that was something like $1.50, which underscores just how cheap a day the park is. 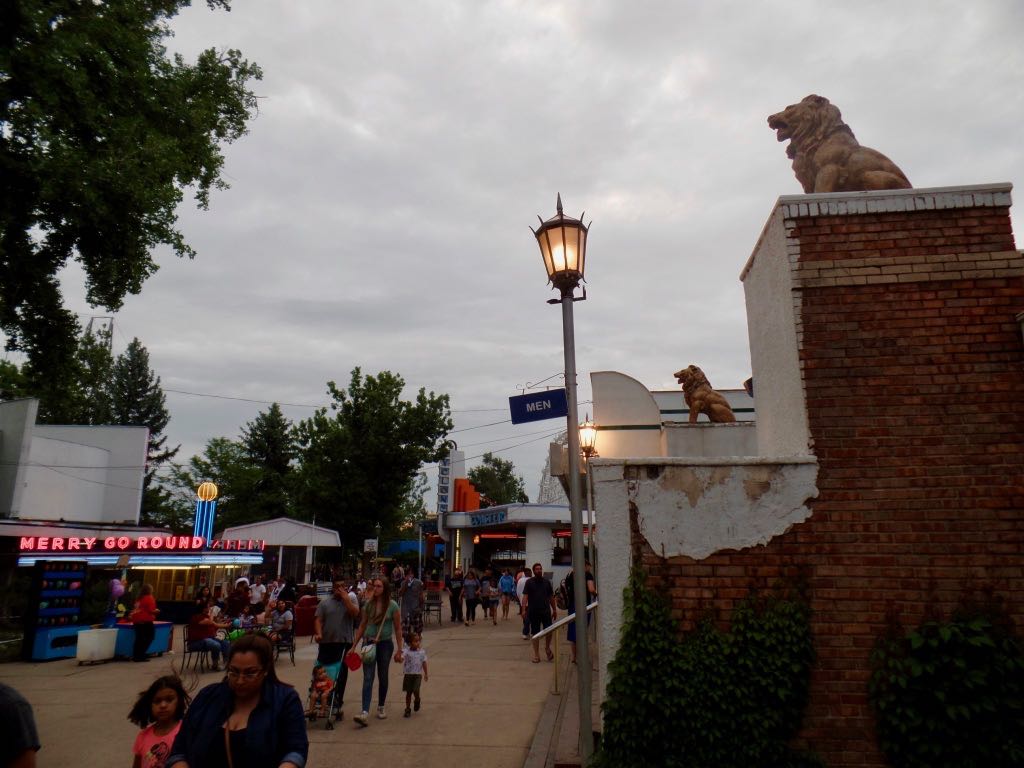 The Icee and pizza stand was right nearby the stairs up to the Tower of Jewels; you can see the lions flanking that stairwell here. 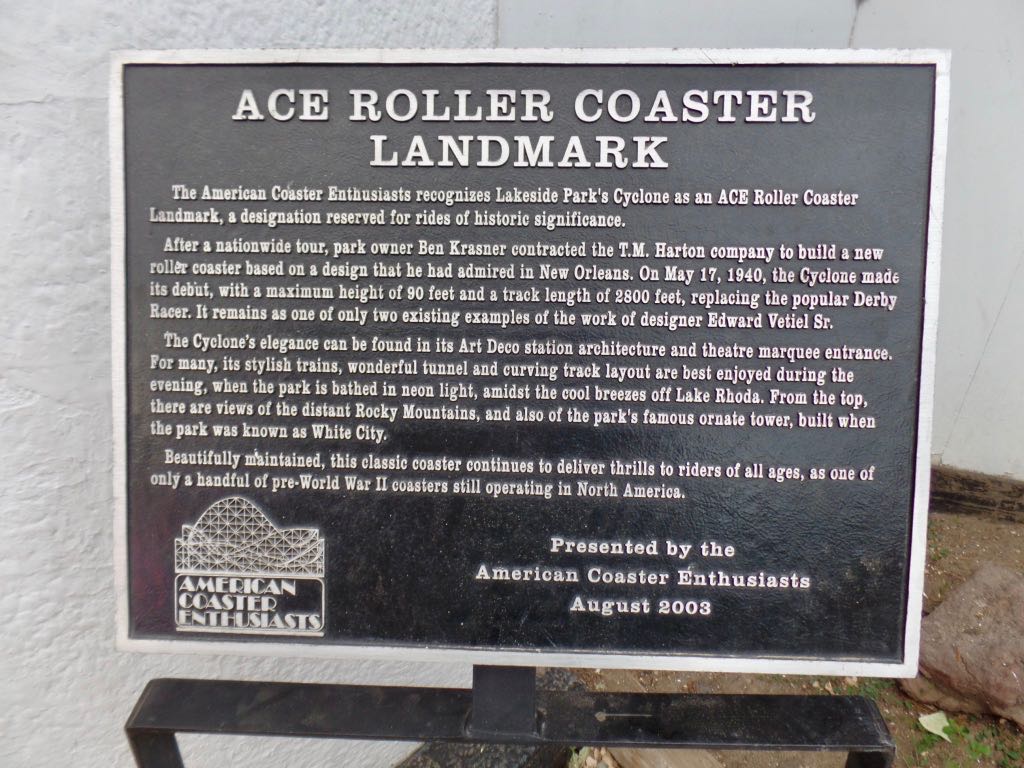 The ACE Roller Coaster Landmark plaque, commemorating the Cyclone roller coaster and explaining a touch of its history. 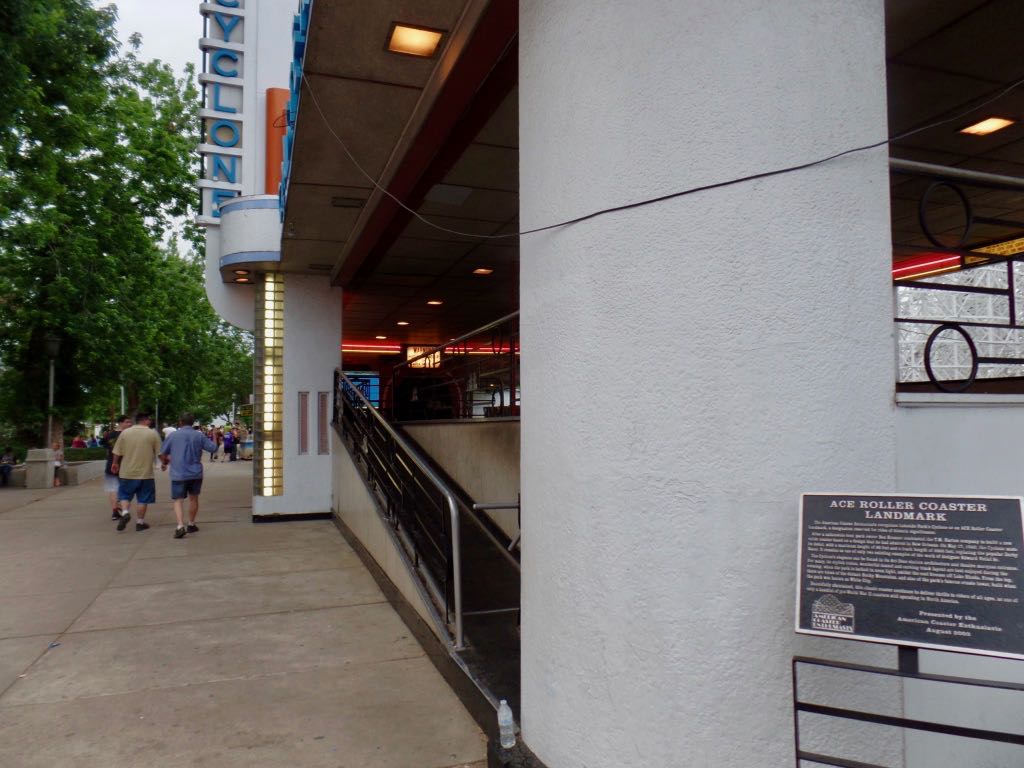 Looking from the Landmark plaque to the exit queue for Cyclone and the worrisome sight that there are not mobs of people coming down it. Hm. 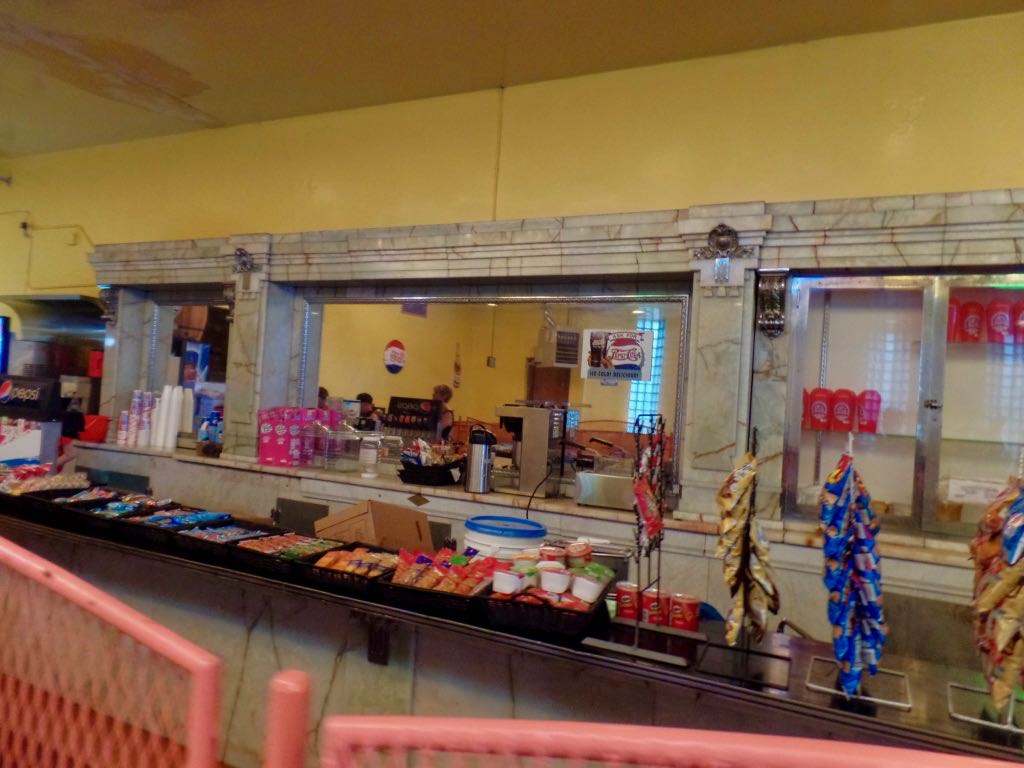 Another cafeteria, this one with a long counter that's got pretty cheap snacks. The marble and mirror backbar were rescued from the Denver Union Station, says Wikipedia, although I can't find a reference saying just when they were taken. 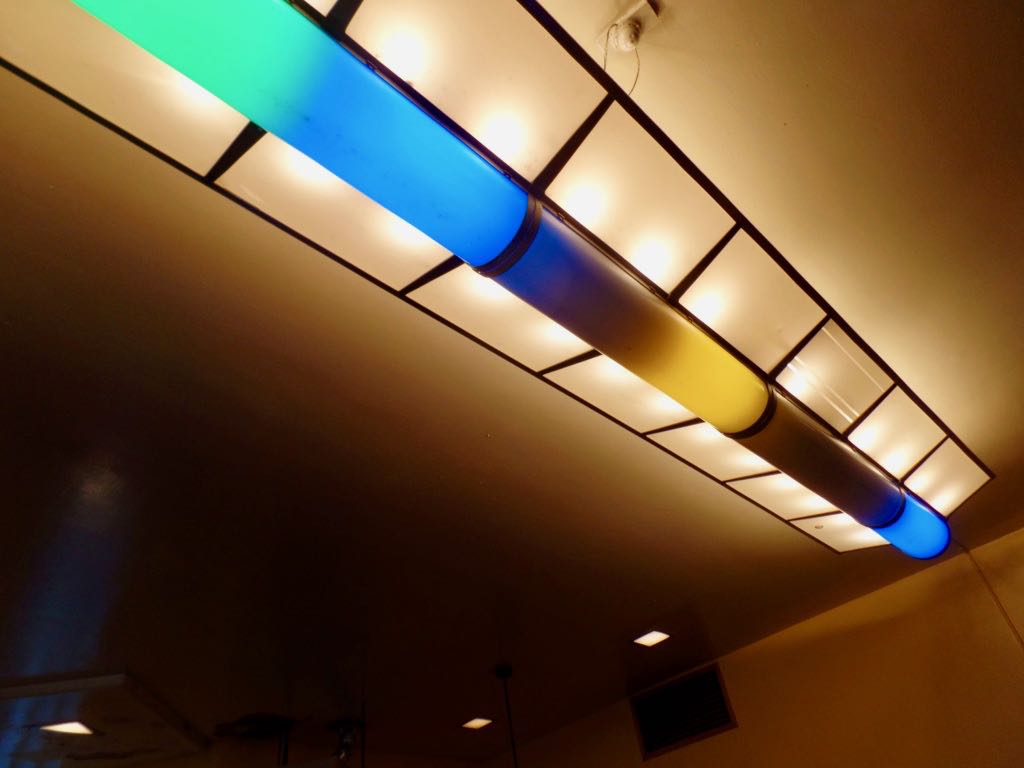 And here's the overhead light in the cafeteria with the antique bar; it's got a neat arrangement of colored panels, an effect I like even if I don't know what they were going for. 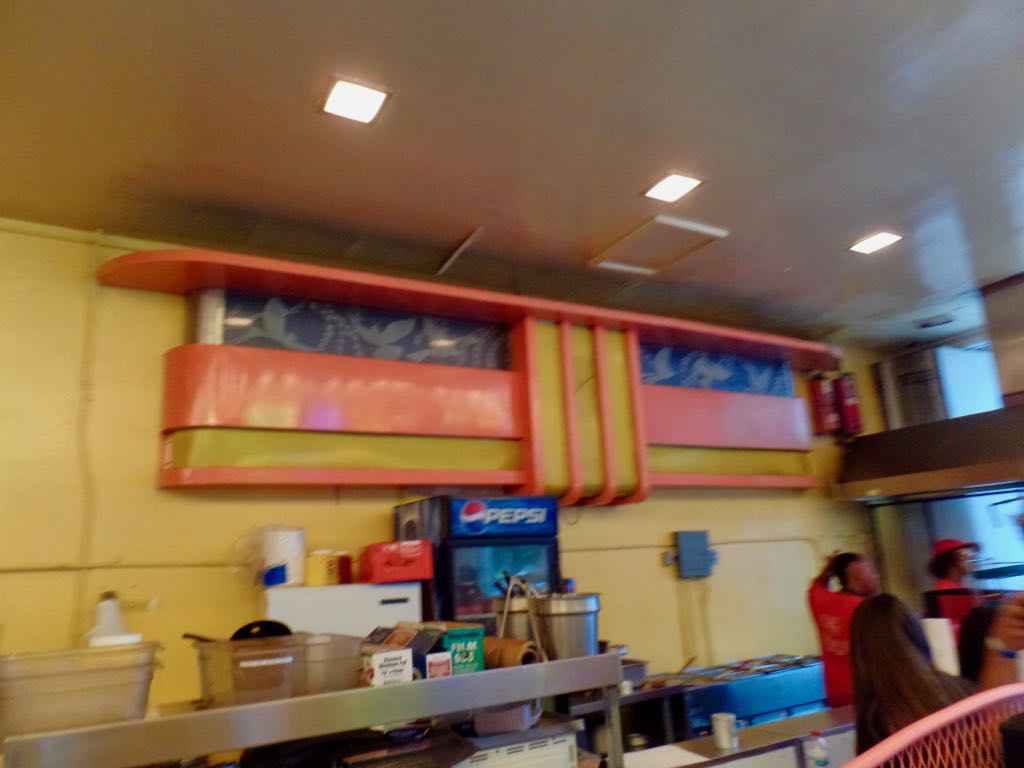 Slightly out-of-focus picture of a decorative imitation balcony at the top of the cafeteria. I'm sorry not to have realized the picture wasn't sharp when I was there, but, y'know, it looked good on my camera's screen. 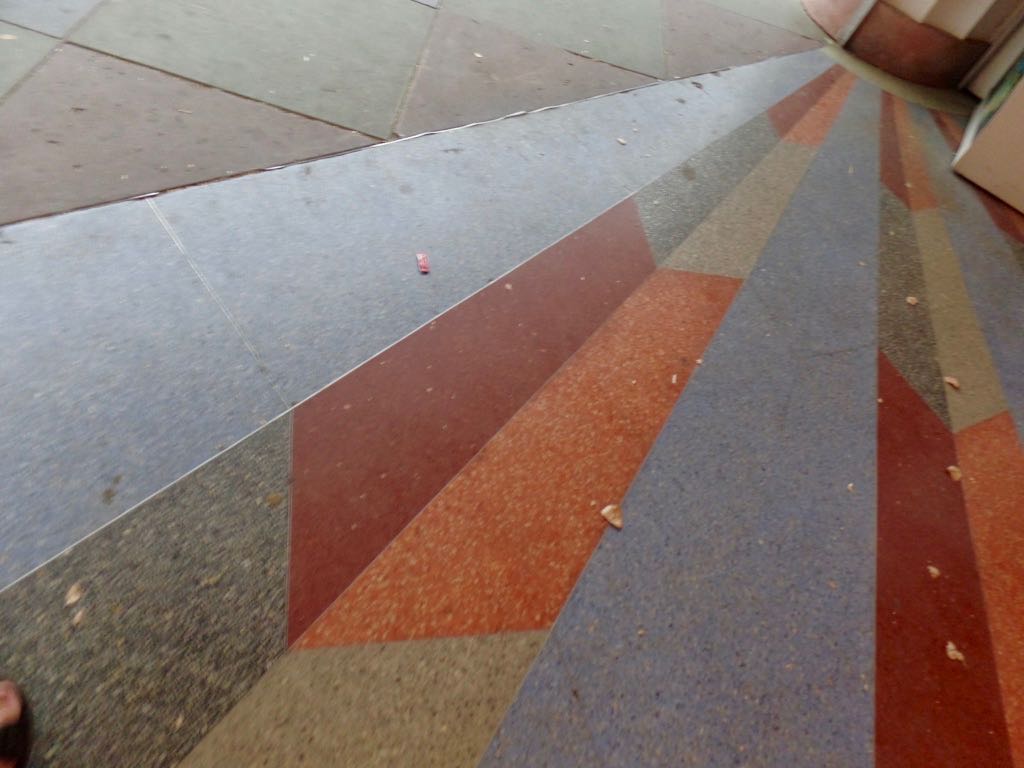 Radial, arrow-suggesting, tile patterns in the floor of the cafeteria, the sort of thing that's gorgeous and parks just don't do anymore because who needs a beautiful floor?

Currently Reading: The Great American Motion Sickness: or Why You Can't Get There From Here, John Burby. If Burby's to be taken at his word there was this weird patch in the 60s where companies thought they could maybe make steam engines work for cars and that's just so charming and yet obviously a non-starter. No pun intended. Apparently William Lear (of Lear Jet) was bought into the idea, though. And the talk of how Interstates split up neighborhoods points out how my own neighborhood was bisected by one.

PS: Reading the Comics, January 27, 2020: Alley Oop Followup Edition, as I finally get around to doing comic strip stuff again.