Ah, OK, it was another week where I under-performed in writing my mathematics blog. All that I published was some comics stuff. I am going to have, like, no readership report for February. But here's what did run:

On to more original content, then. What's Going On In The Phantom (Weekdays)? Why is the Python held by the Wambesi? November 2019 - February 2020 in the daily comic continuity gets its explanation. 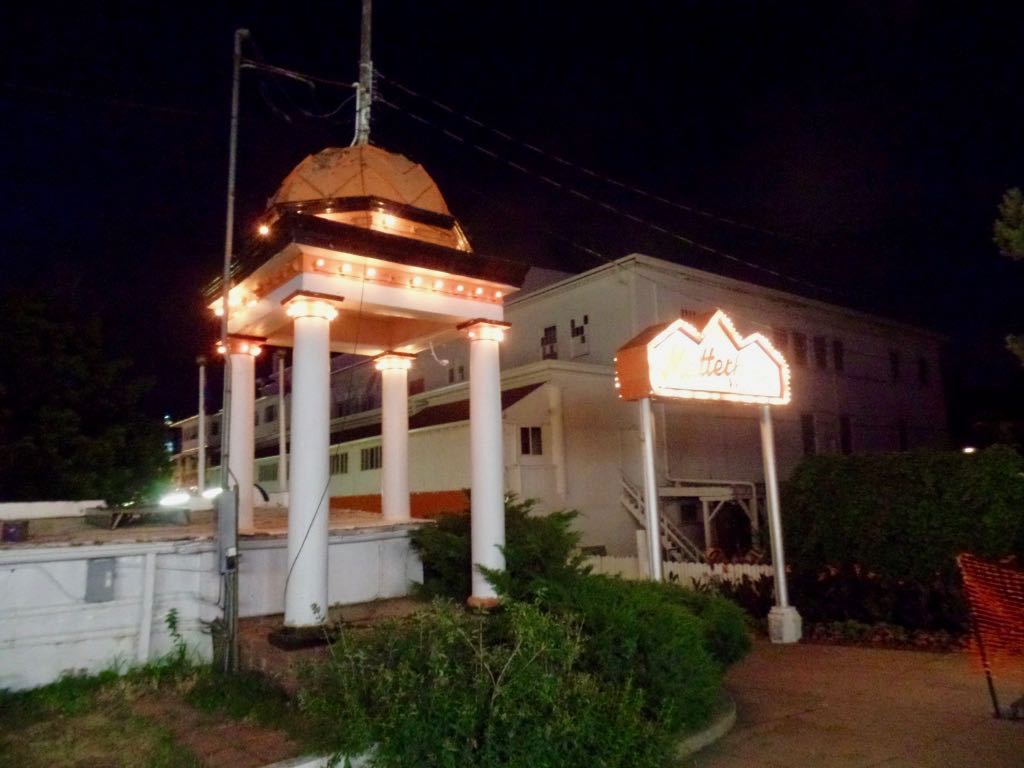 The Matterhorn sign, and the little scenic column beside it, seen earlier, only now all lit up for night. 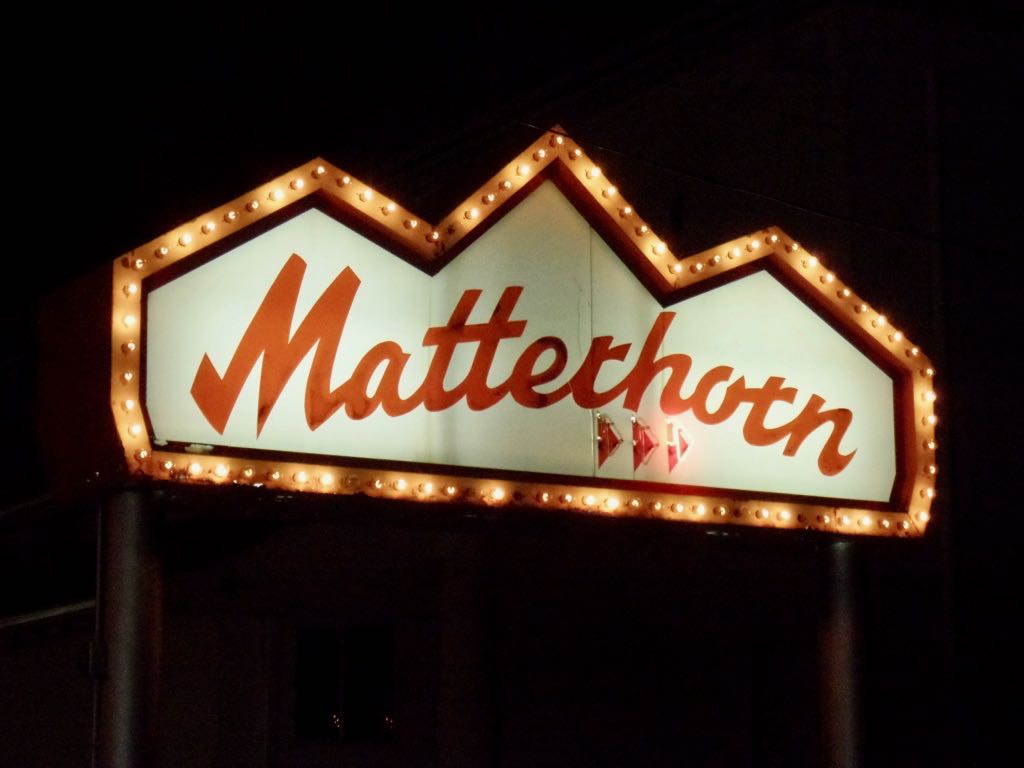 On at least this side of the Matterhorn sign only one of the three triangles lights. 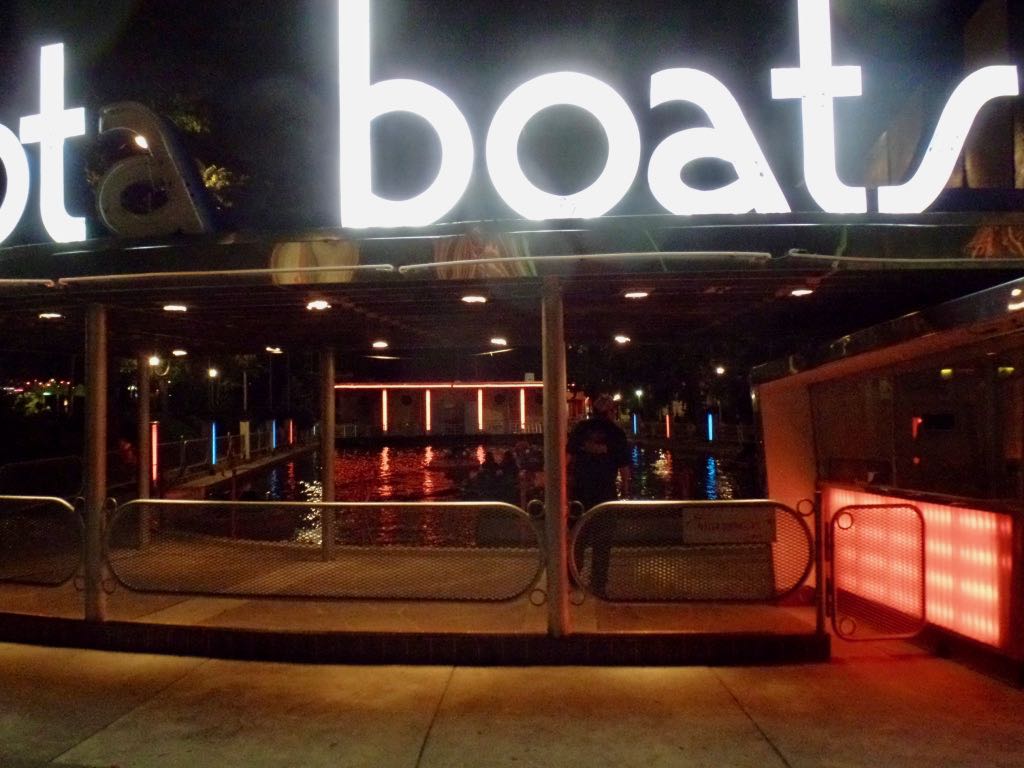 Skoota Boats by night, with the light nicely reflecting on the water surface. A view a bit farther out, where you can see the nice red of the lights around the flower beds, the ones

bunny_hugger stole a photograph of earlier in this long sequence. 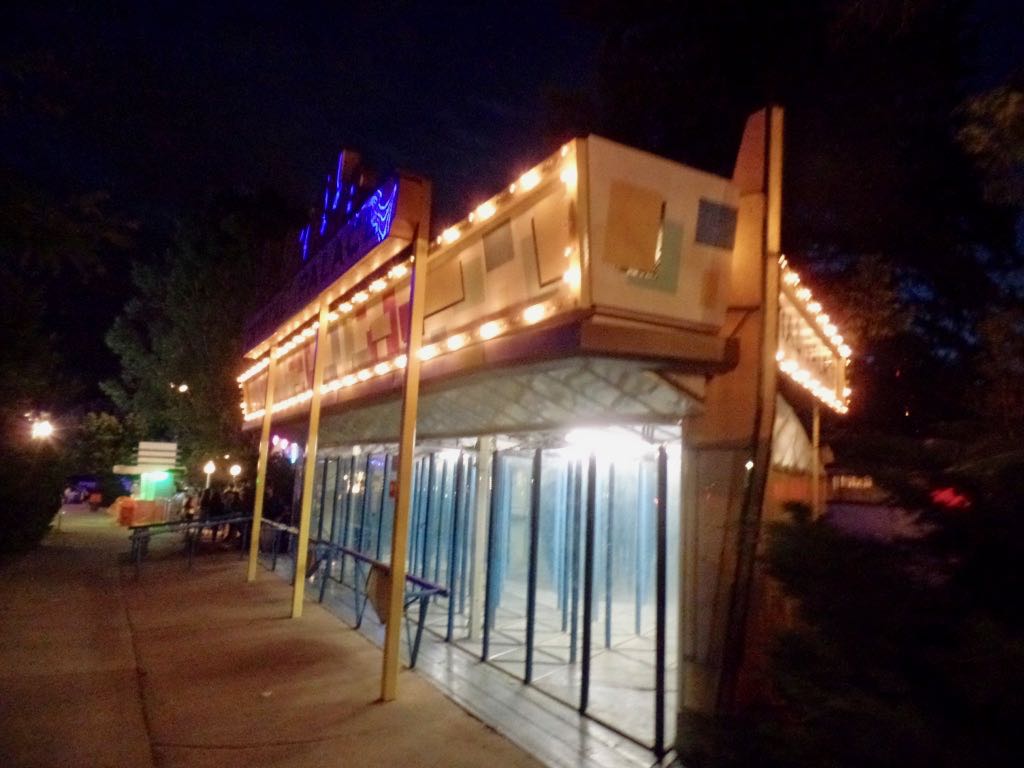 The Labyrinthe Crystal Palace mirror maze, seen in the night. 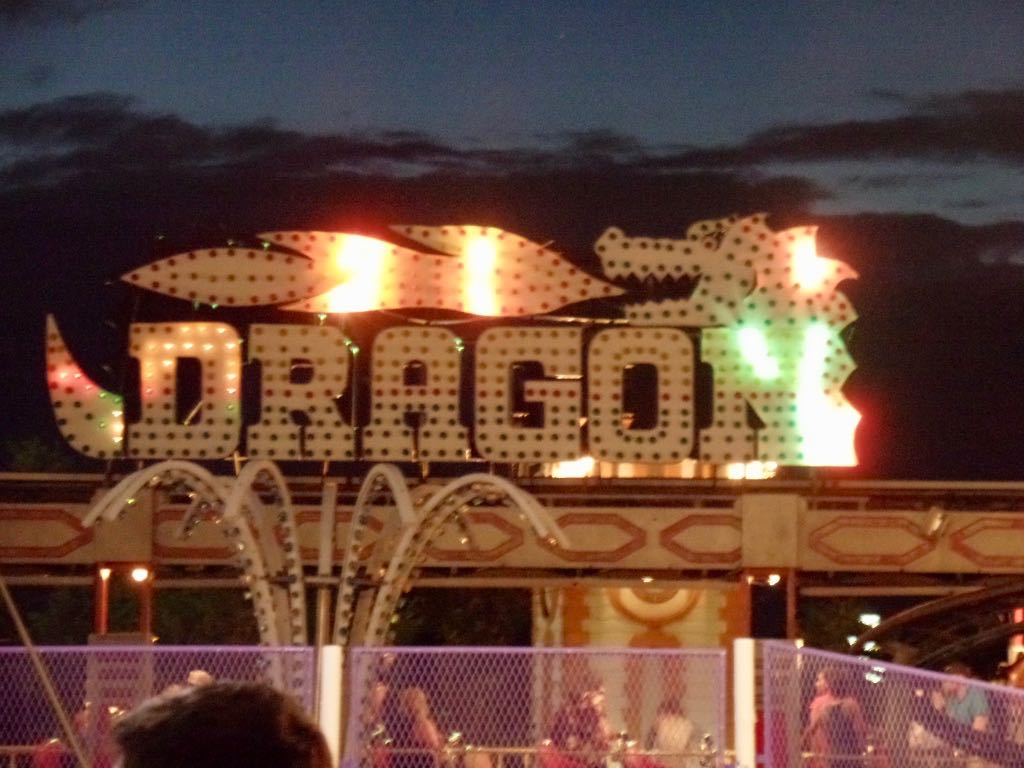 Dragon Coaster's sign. This, I believe, is not one badly deprived of working light bulbs but rather one with animated lights. 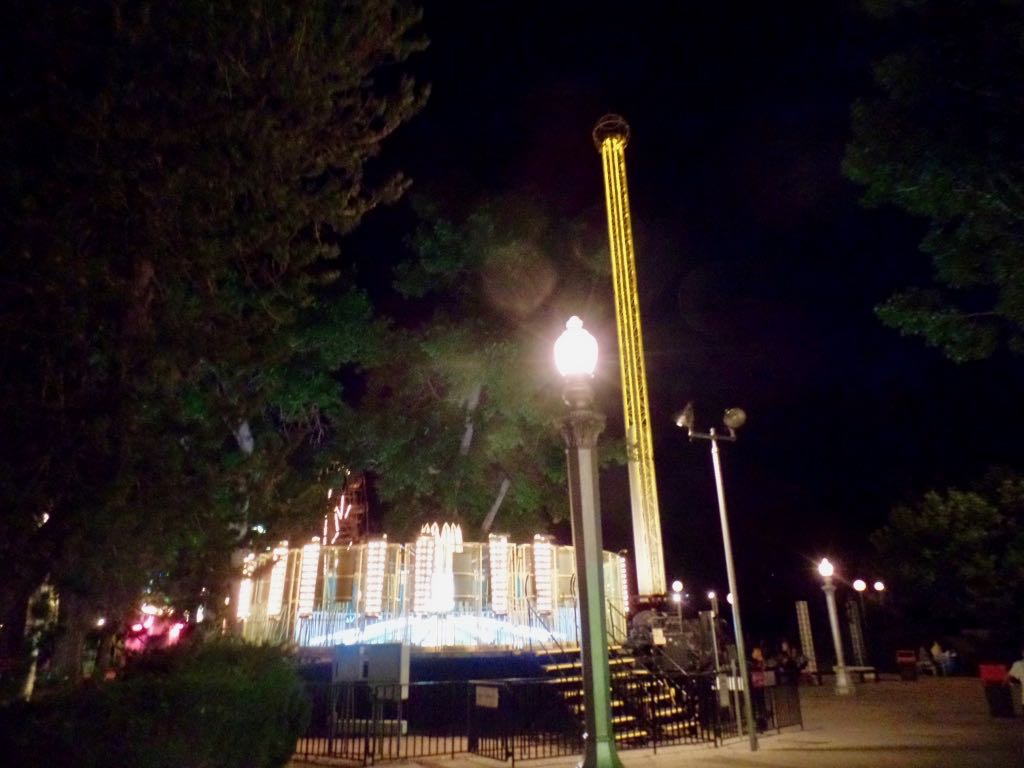 The Round-Up ride by night, with a drop tower in the background to give me a vanishing point. 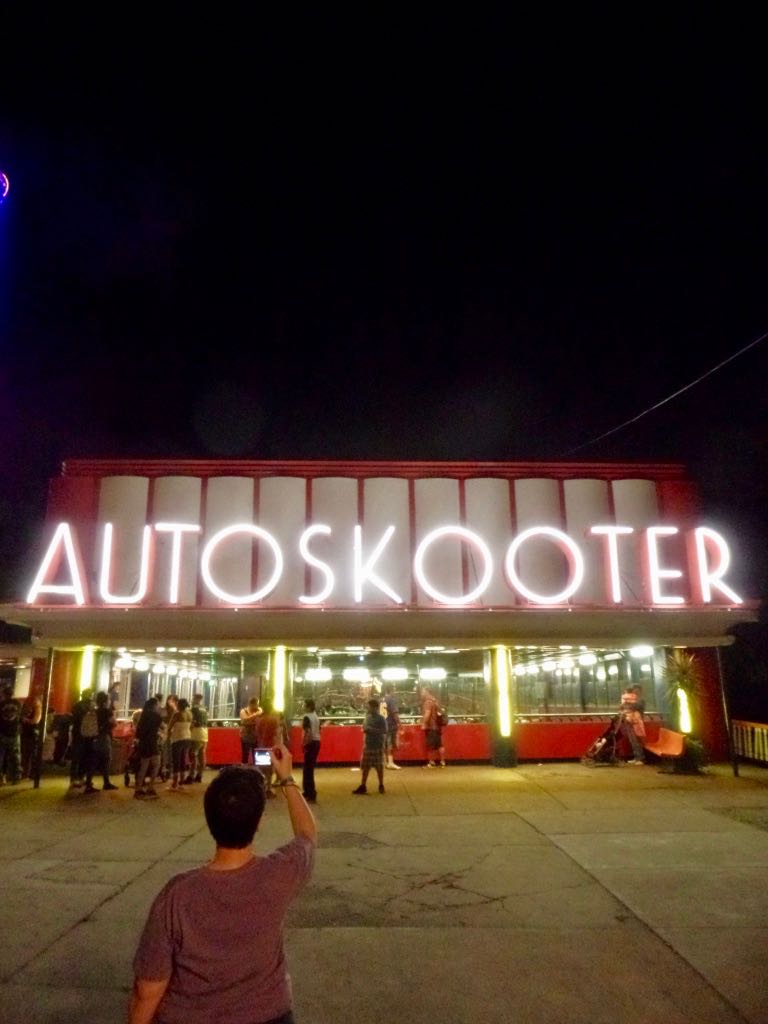 No fewer than three people photographing the Autoskooter ride by night. 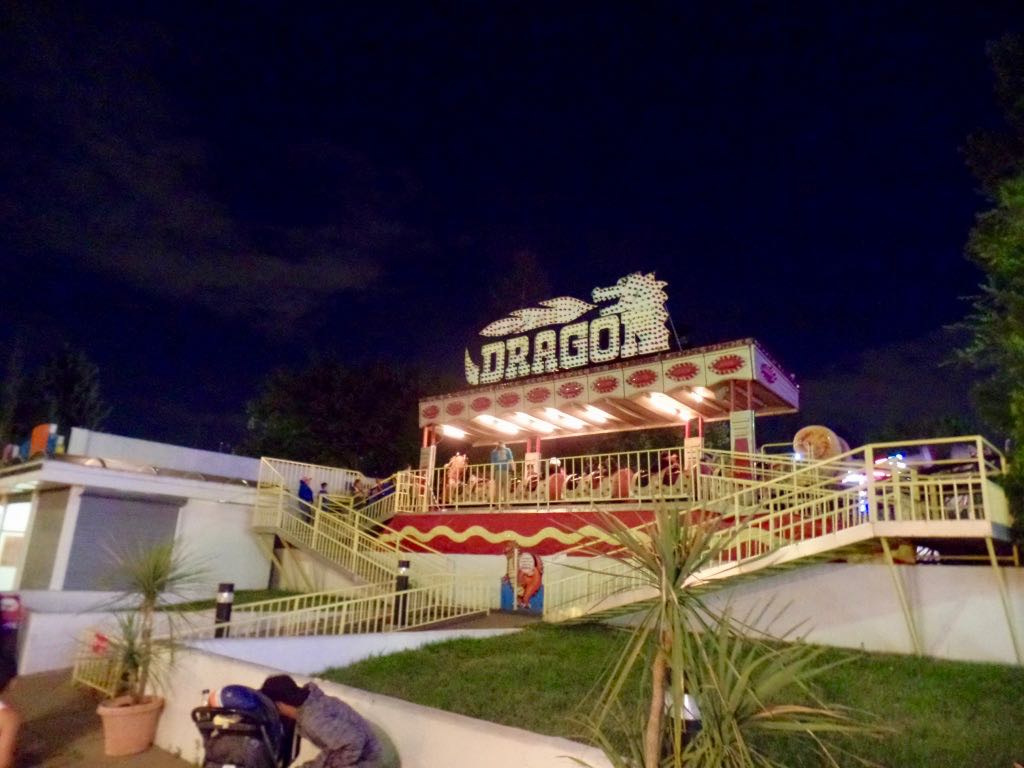 Turning back around to face the Dragon coaster, where we can see the whole launch station by night. Also in-between cycles on the lighting. 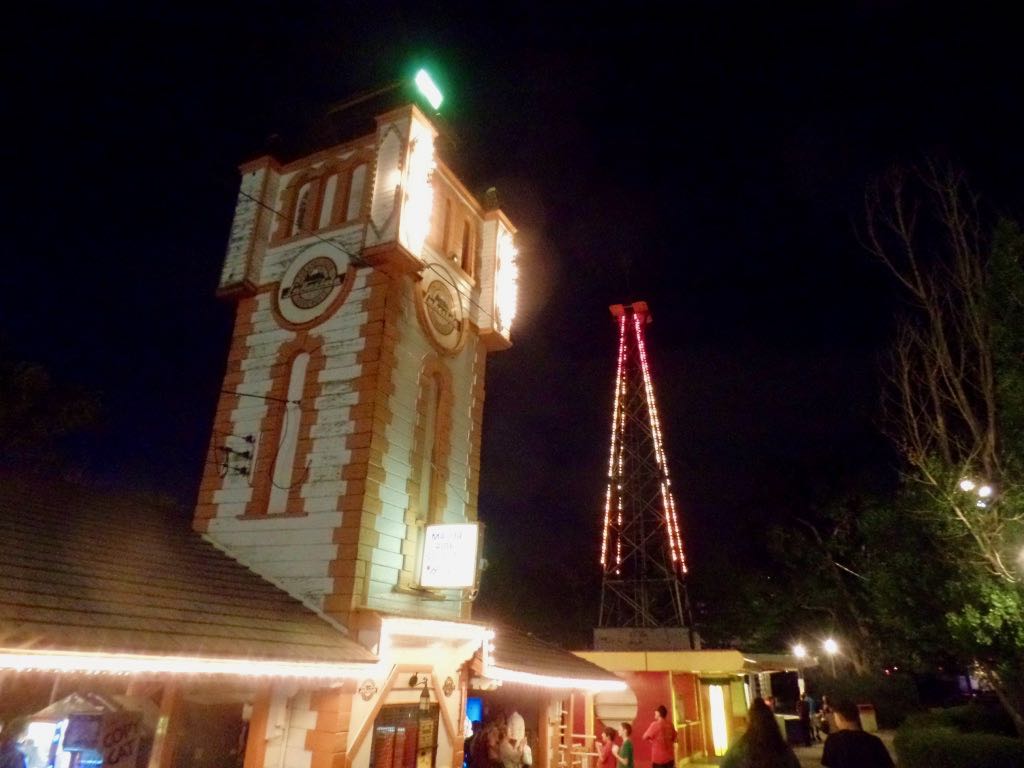 The tower for the railroad station, and the tower that used to be for a captive plane ride but is now just a decorative feature. 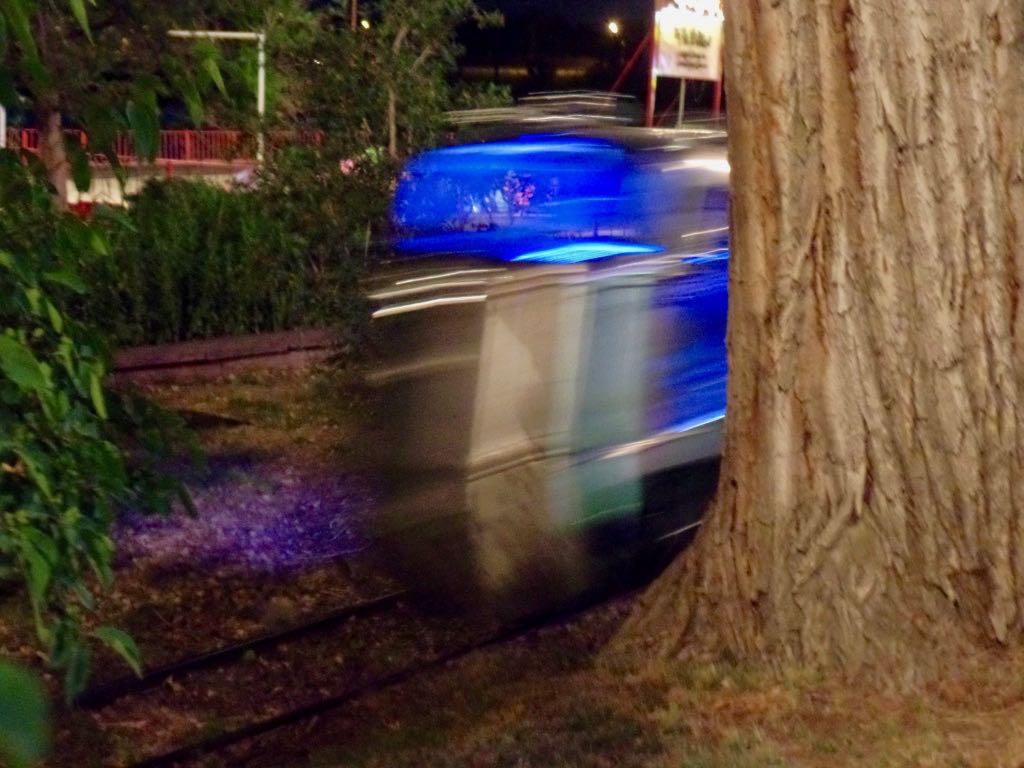 The railroad travelling by night at warp speed. 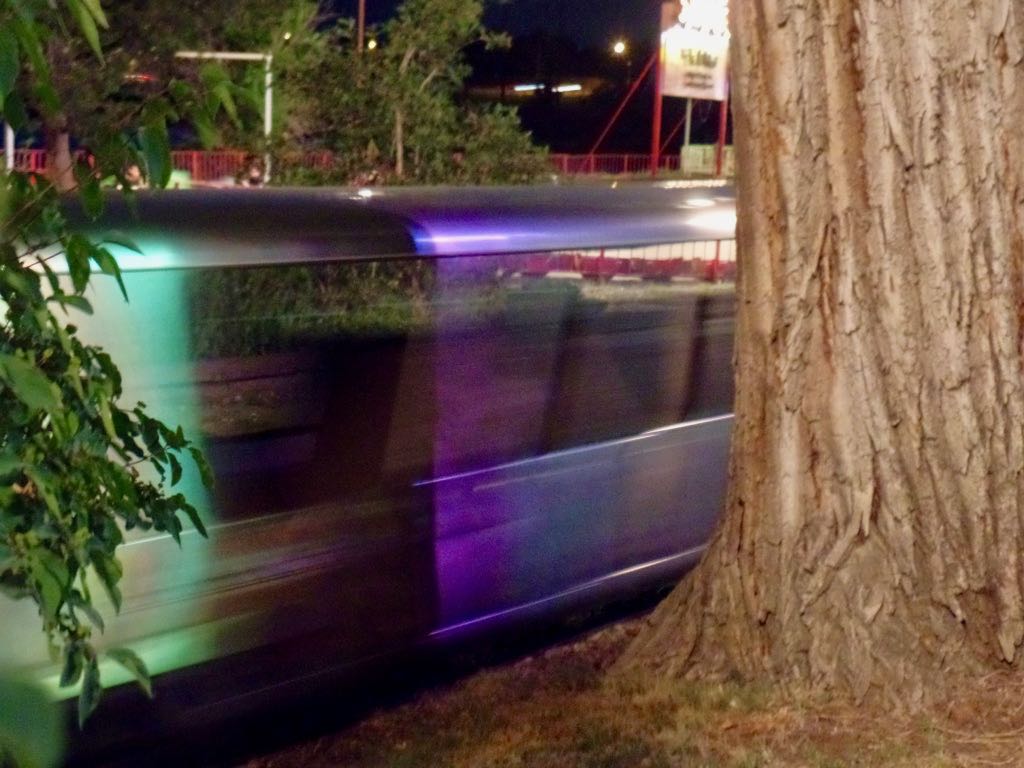 The railroad continuing its warp speed journey by night. Oh, we should go back just to get a ride on this by night.

Currently Reading: Inside Las Vegas, Mario Puzo. So, huh: either the word was spelled ``extravert'' in the 70s or Puzo was going for something a little different from what we would mean by ``extrovert'' today. Also, there's a two-page photograph spread of a lineup of pinball machines, labelled ``kindergarten for degenerate slot machine gamblers'' which, historically, yeah, kind of. Puzo goes off about ``degenerate gamblers'' about every 1200 words in this book with lots and lots of pictures of Las Vegas casinos that are more 1976 than they even were in 1976.