As do some days at amusement parks. We're nearing the close of Lakeside Amusement Park, although we're not there yet and I'm not perfectly sure we'll be there this week, even with the number of photo-dump days I've been racking up. 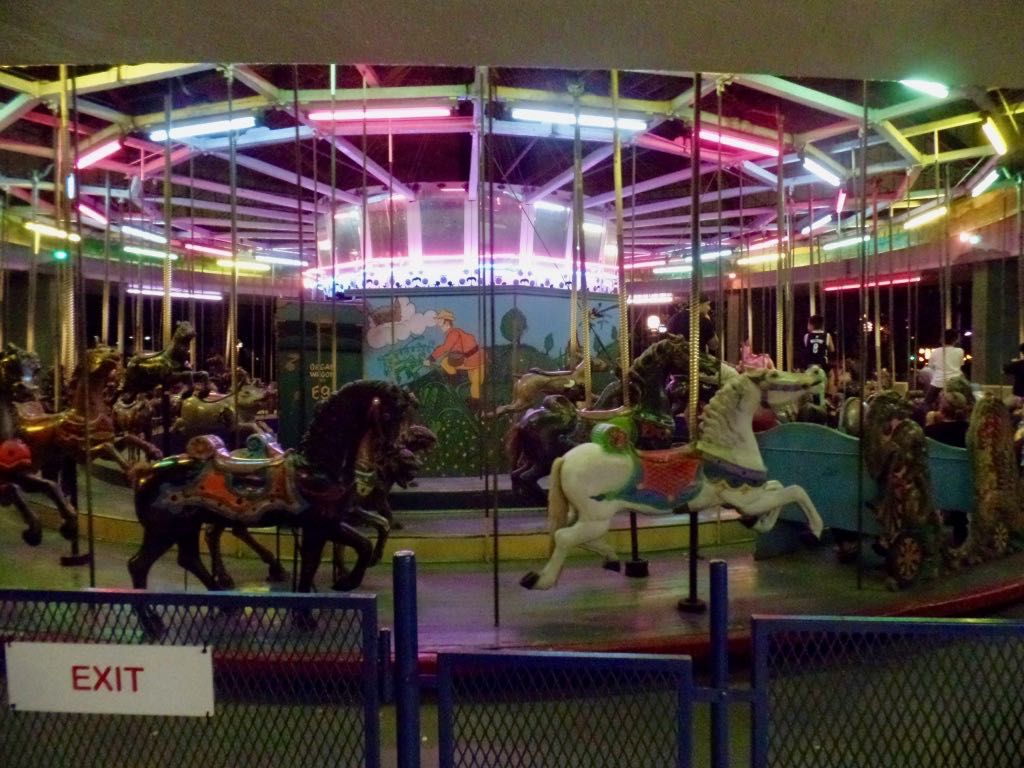 Another stop at the Merry-Go-Round, showing a bit of the center panel art. 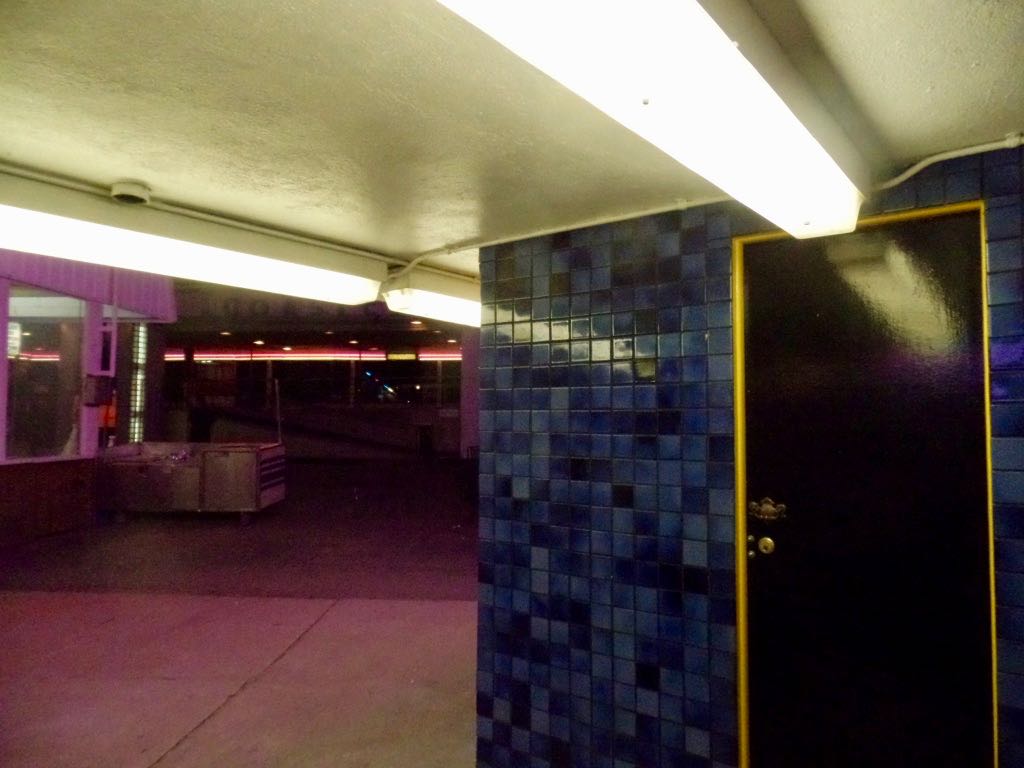 The back side of the Merry-Go-Round's ticket booth, which looks pretty good for its age and use. 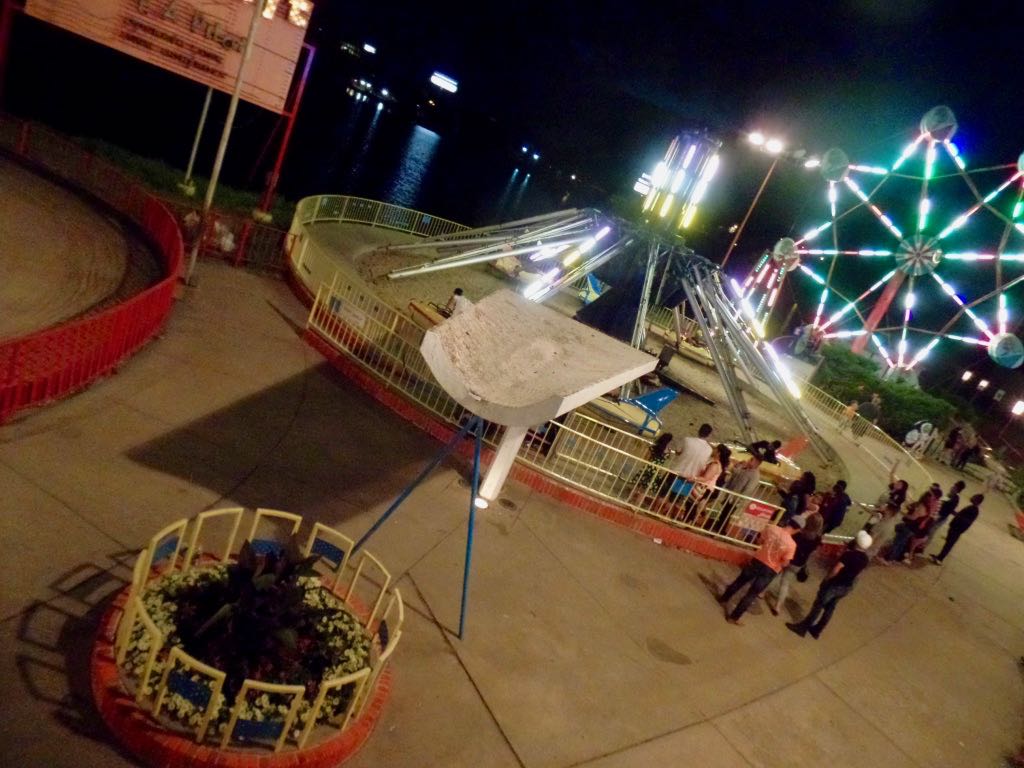 So here's a view from atop that little pedestrian overpass, looking down on the Satellite roto-jet ride. Go ahead, work out the perspective sof that cement thing which looks like the scoop you get rice out of the cooker with. 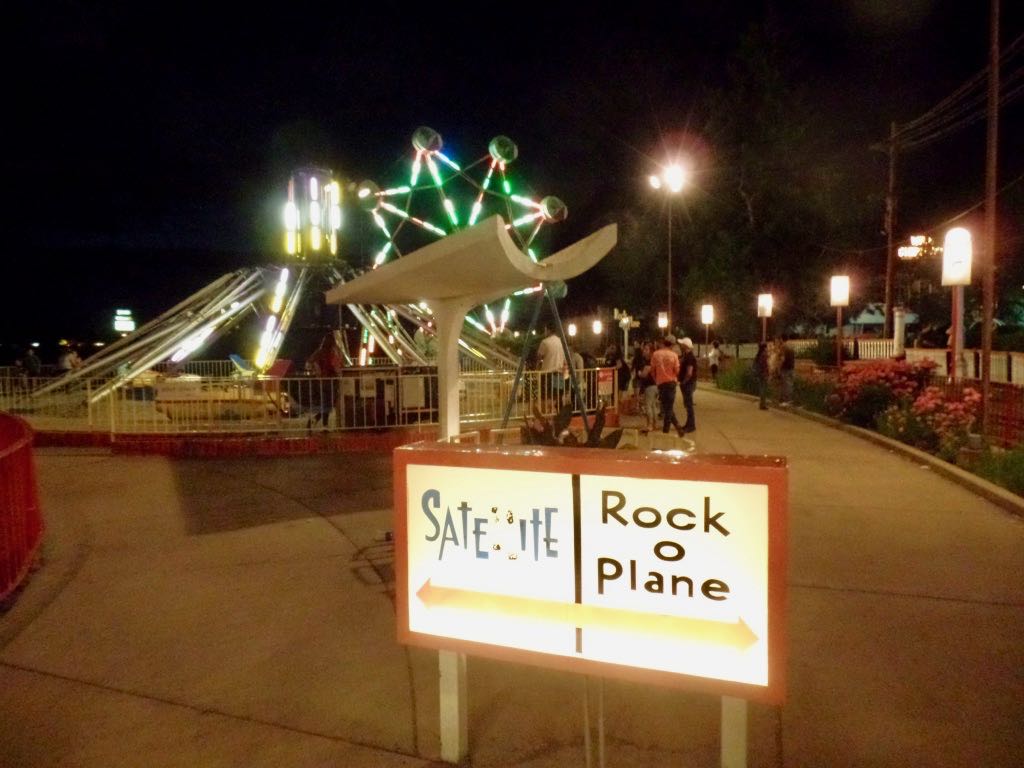 There! That's the sculpture you were looking down on. Also, check out that nice path split for the Satellite and the Rock-O-Plane. The Rock-O-Plane you can see in the background there; the sign means that the entrance is on that side of the sidewalk that's in frame here, not that you should walk to the right out of frame as that way's the stairs to the main body of the park. 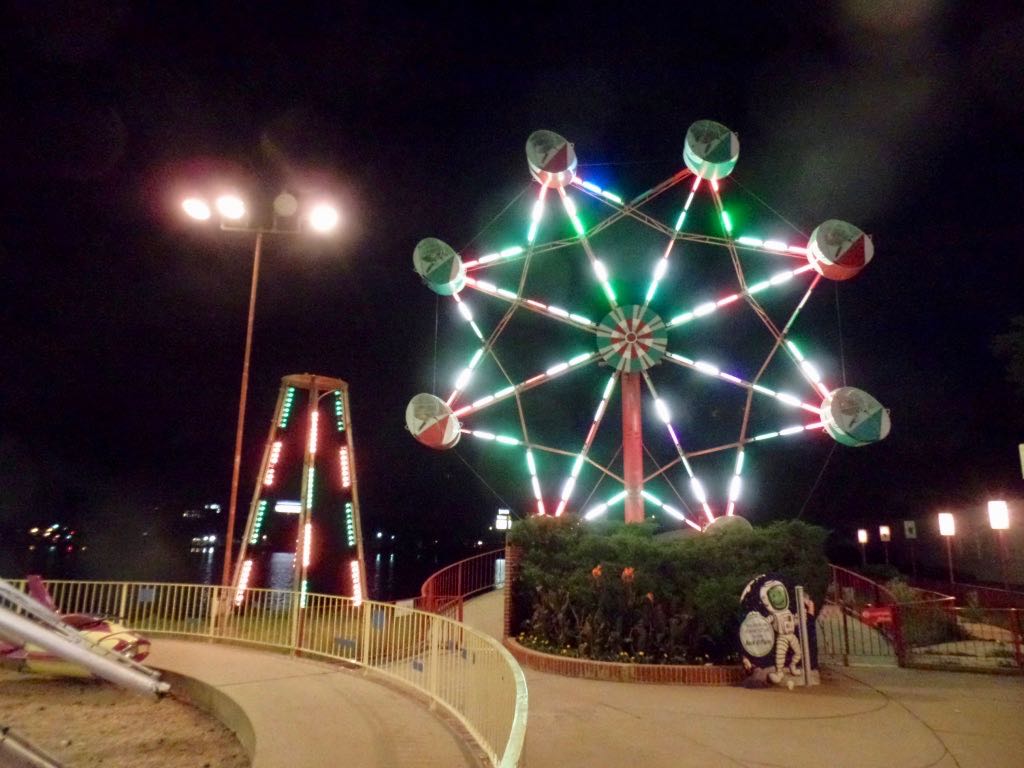 View of the Rock-o-Plane and unfortunately my only picture of the astronaut that's their minimum-height sign. 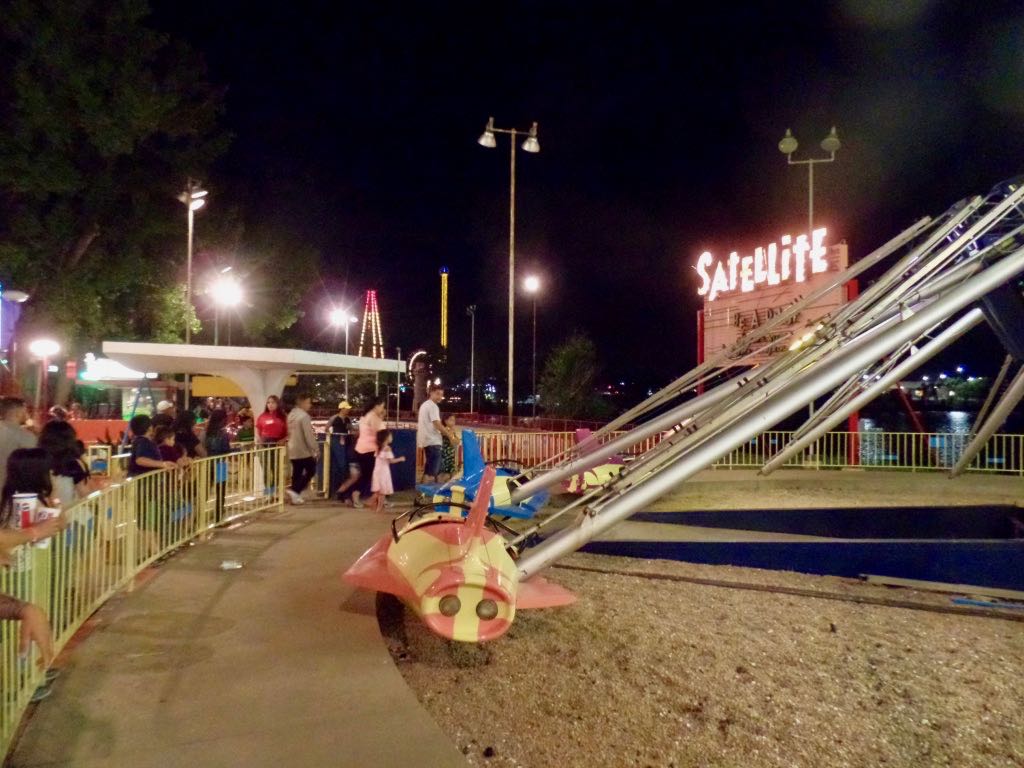 The Satellite is a popular ride! 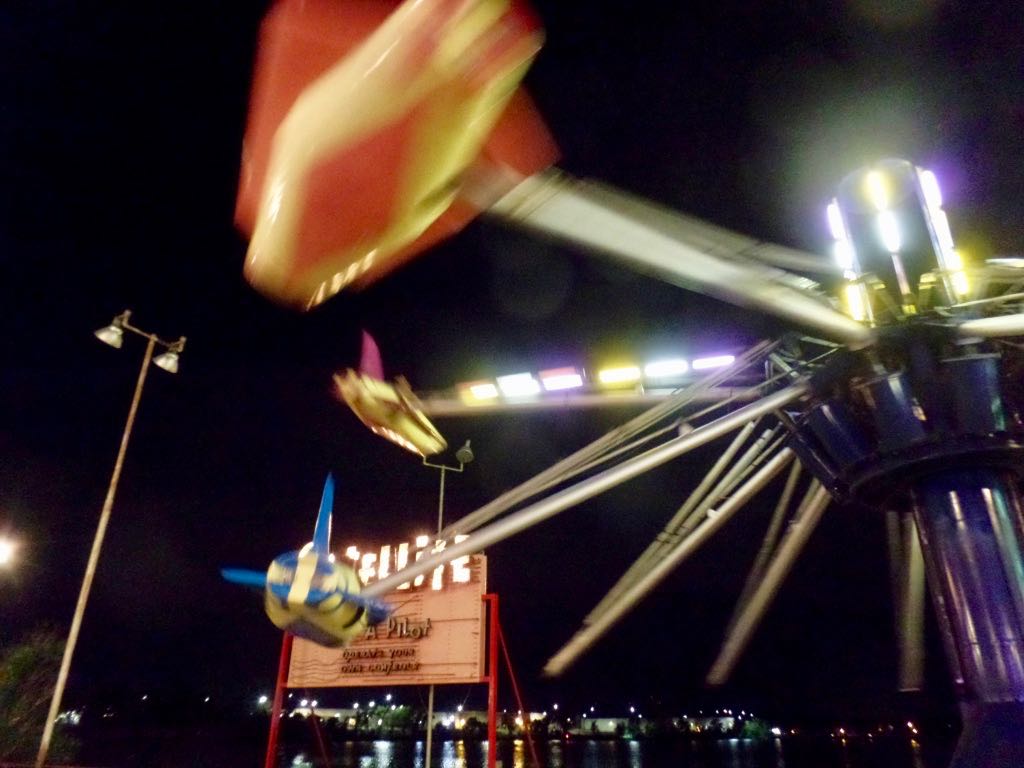 View of the Satellite in motion. Note that, yes, three of the cars have been taken off their legs, and there's a matching three missing from the other side. I assume this reflects at least three cars not being in good order. And a little look at the control panel, which is a big wheel to turn the engine up and down and a big red button that I assume is the emergency stop. Also the ride operator gave me a neat odd lean into frame here. 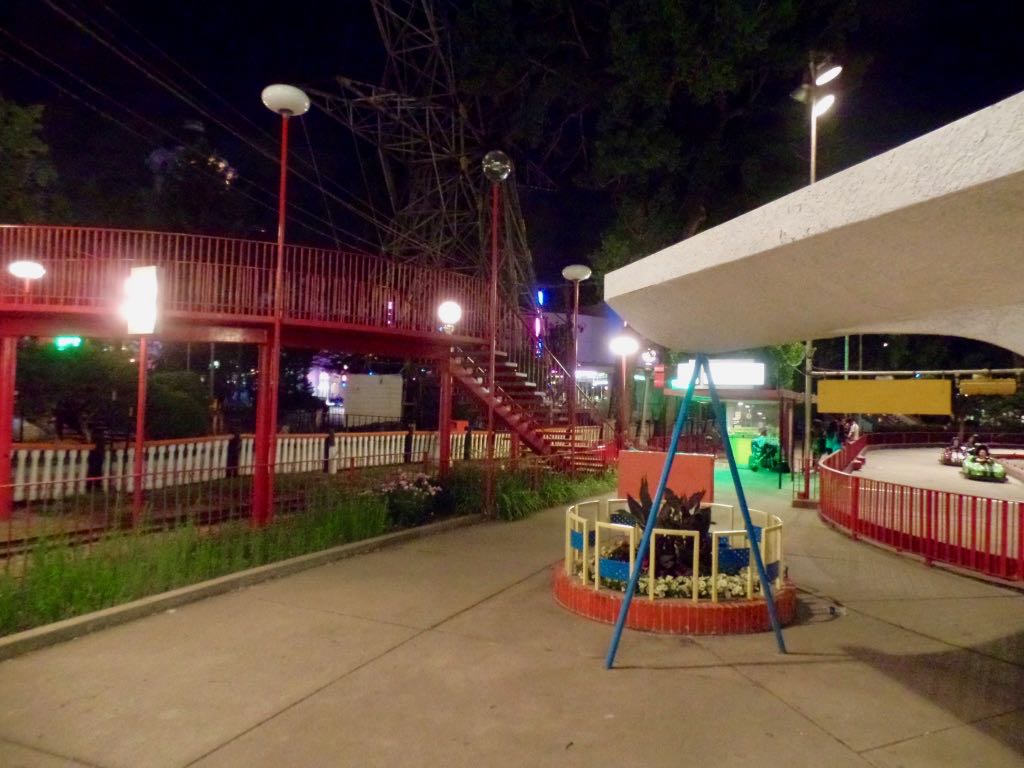 The strange cement overhang and the flower planter that it feeds water to. Behind the planter is that sign pointing the ways to the Satellite and the Rock-O-Plane. The pedestrian overpass is behind that and you can make out, shadowy, behind that the corpse of Staride. 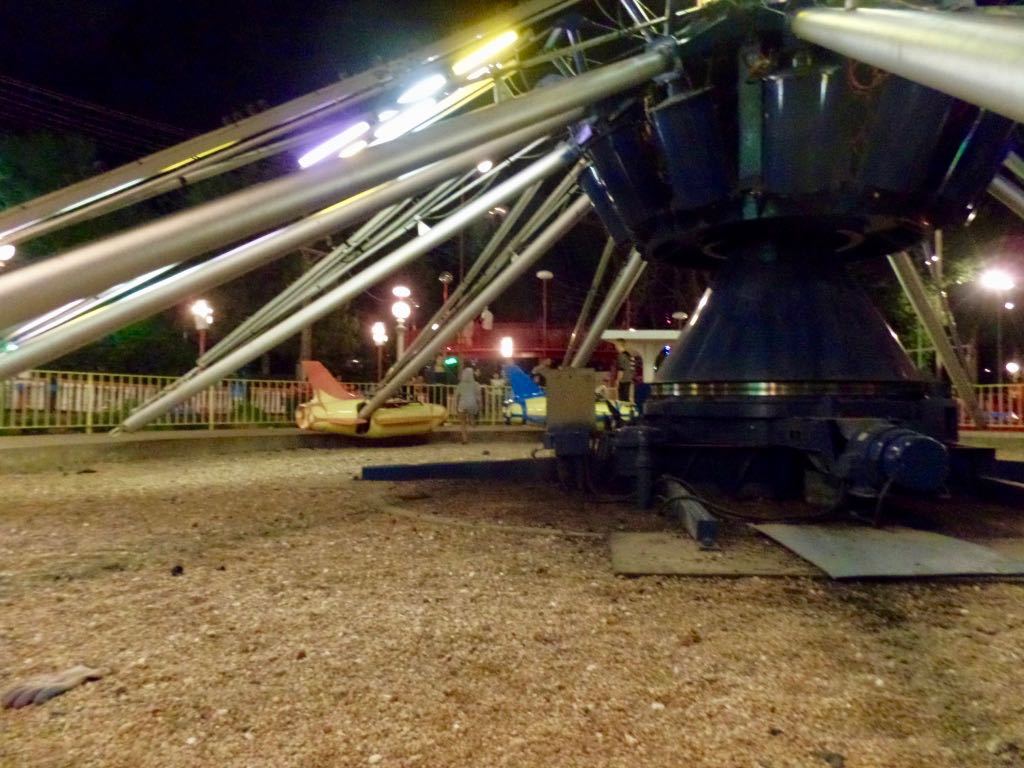 My turn soon! A look from down low at the mechanism for Satellite and some of the cars. 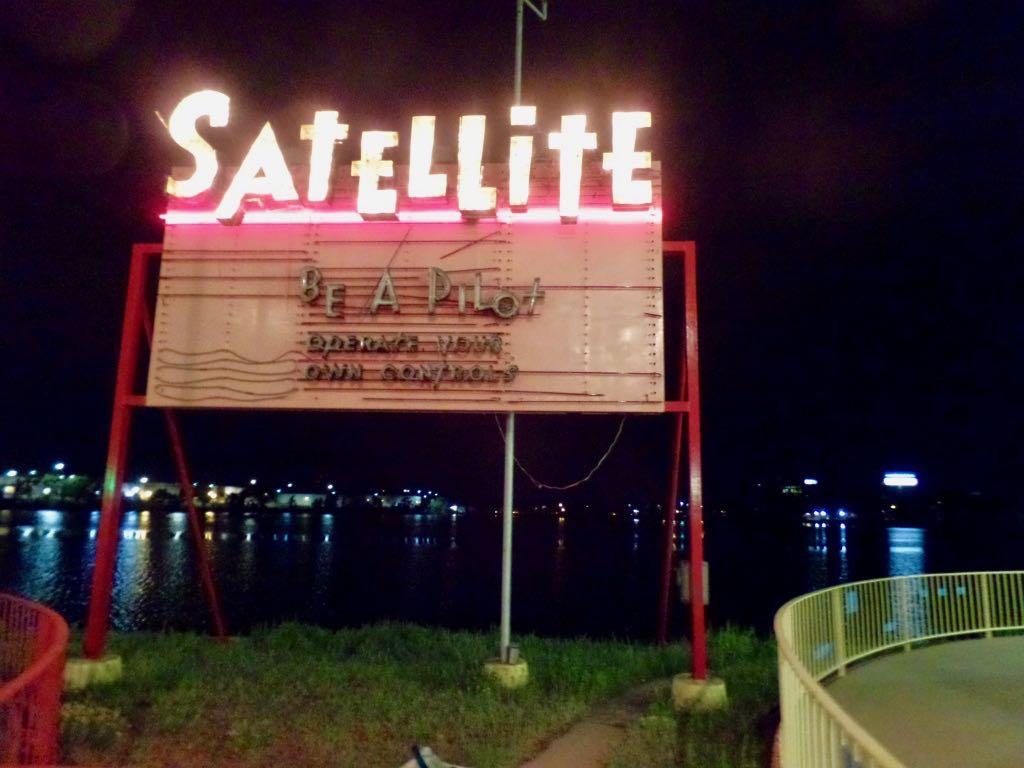 Satellite's ride sign and a view of Lake Rhoda and the shopping malls built up beyond it. 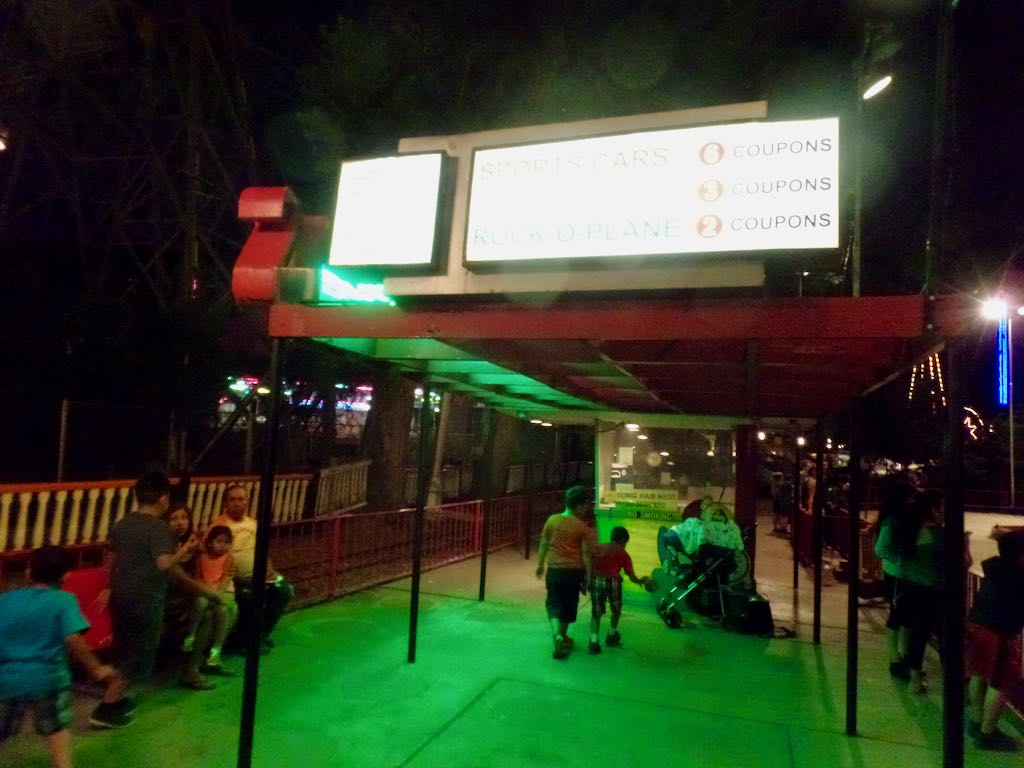 Sign by the Sports Cars listing the prices for various rides: the sports cars themselves are six tickets, something that's lost in the light --- I assume the Satellite ride --- three coupons, and the Rock-O-Plane two coupons. A ride coupon is 50 cents; a pay-one-price band (for adults) is $17 (weekdays) or $27 (weekends), plus three dollars for admission.

Trivia: The Herman Miller company, makers of the Aeron chair, was founded in 1923 in Zeeland, Michigan. Source: Small Things Considered: Why There Is No Perfect Design, Henry Petroski. (Oh, Wikipedia thinks 1923 just counts as the company's purchase by Drik Jan De Press and Herman Miller and renaming it from the Michigan Star Furniture Company.)

Currently Reading: The Great Salad Oil Swindle, Norman C Miller. Yeah so this is about an early-60s scandal where this guy wrote futures contracts for more salad oil than there was in the world, along the way getting American Express to guarantee that oh yes, he had enough salad oil in stock to cover all this, only it turns out what he had was a couple empty tanks in Bayonne, New Jersey. Scandal ended up eating something like $200 million and even for 1963 that seems like a lot of money tied up in salad oil. Also, I feel really weird reading about, like, this guy's earlier smaller scandals selling salad oil to Pakistan and stuff. Yes, ``salad oil'' covers a lot of stuff --- it's used in stuff from foods to paints --- but the idea that it's worth it, in 1961, to grow soybeans in the midwest, extract oil from them in New Jersey, and send it to Pakistan feels weird to me.

PS: How January 2020 Treated My Mathematics Blog, my least-mathematical and most-liked post every month.