It's the rare moment a song cue just matches what the post would be about. Here's a couple more pictures of Lakeside Amusement Park, Colorado, not the one that Rush was singing about. 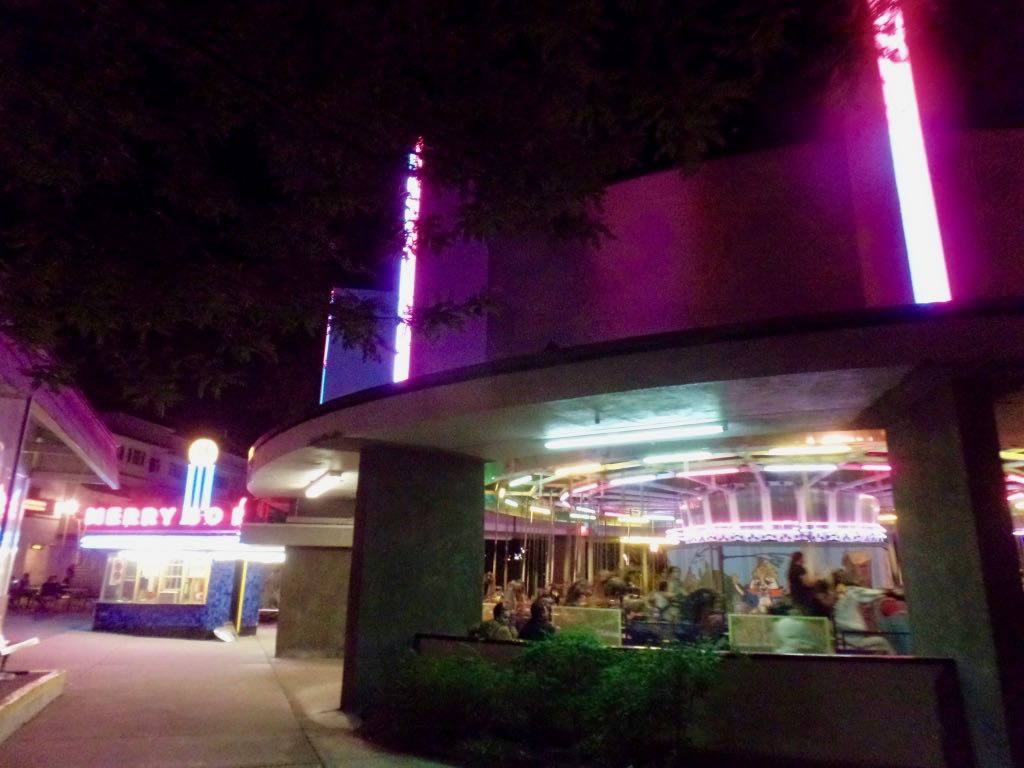 A look at the Merry-Go-Round by night, this time from the vicinity of the Staride and with the Cyclone roller coaster off-camera to the left. 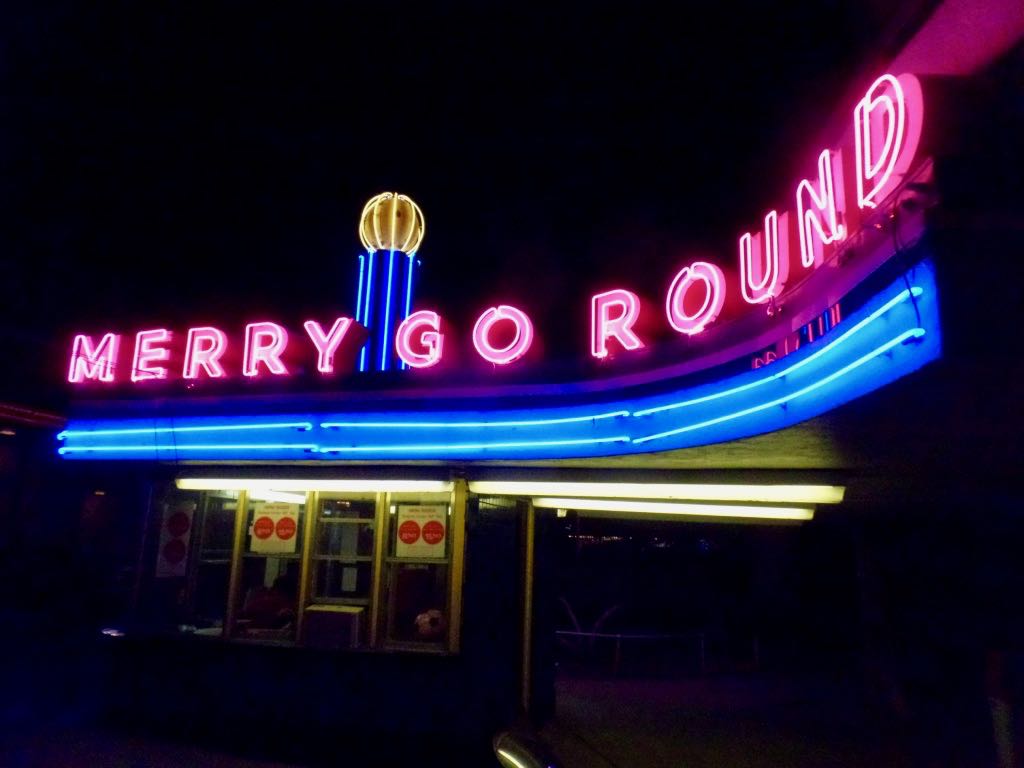 The north side of the Merry-Go-Round sign and entrance by night. 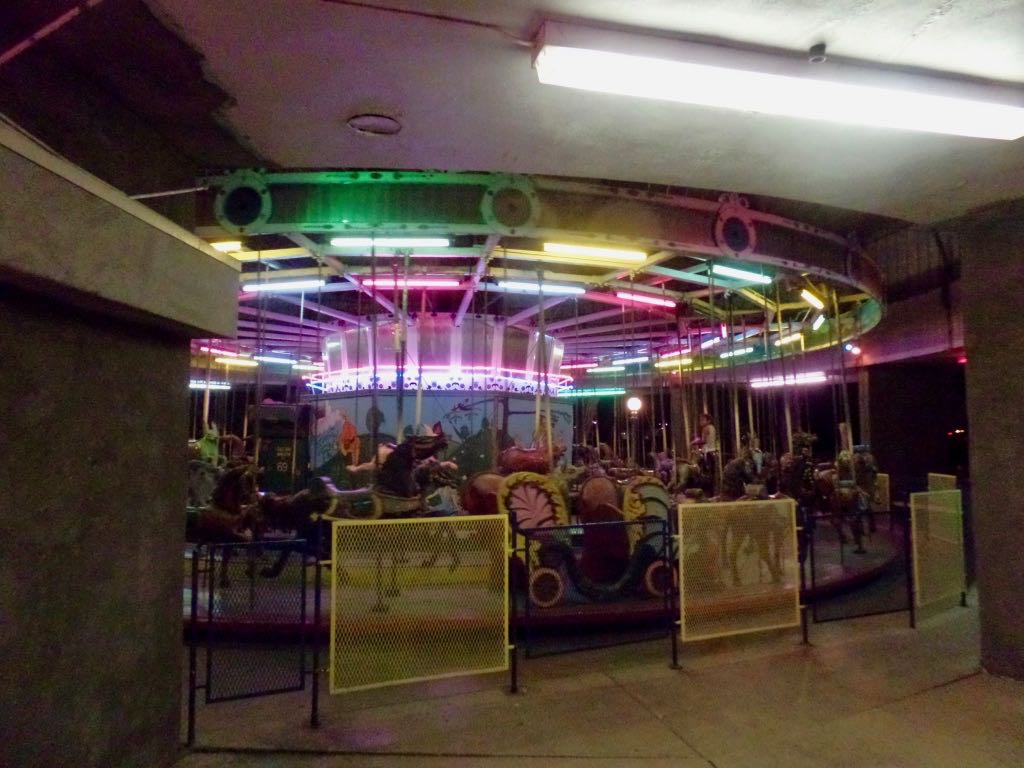 The carousel underneath its neon overhang. 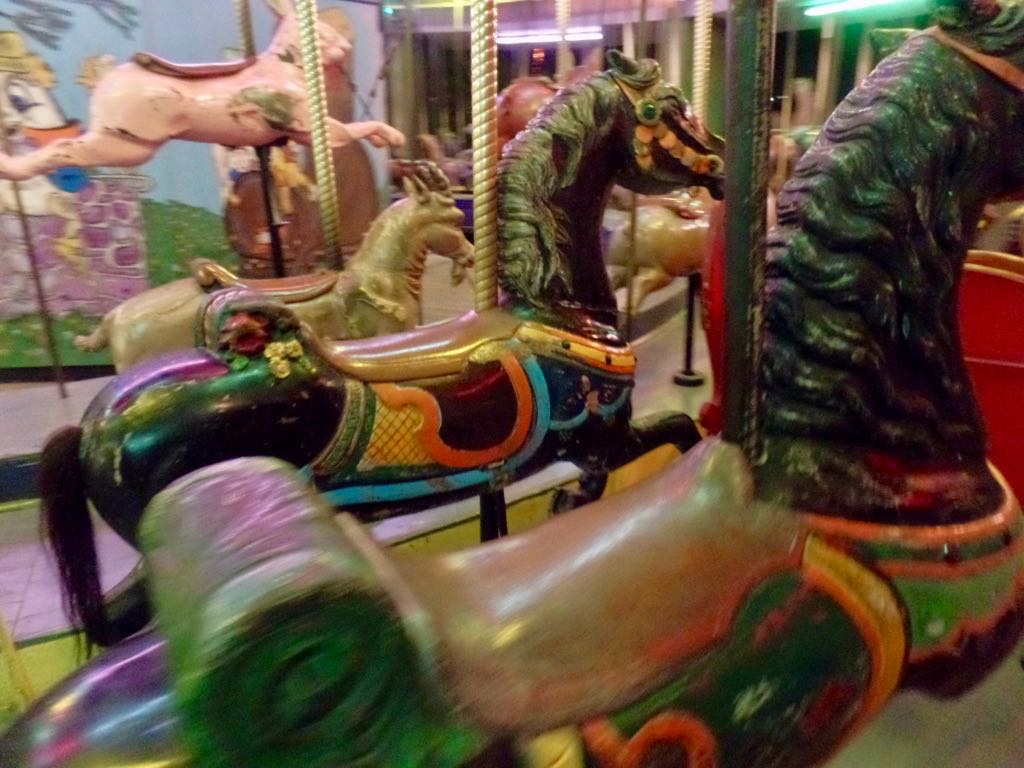 One column of carousel horses underneath the neon lights. 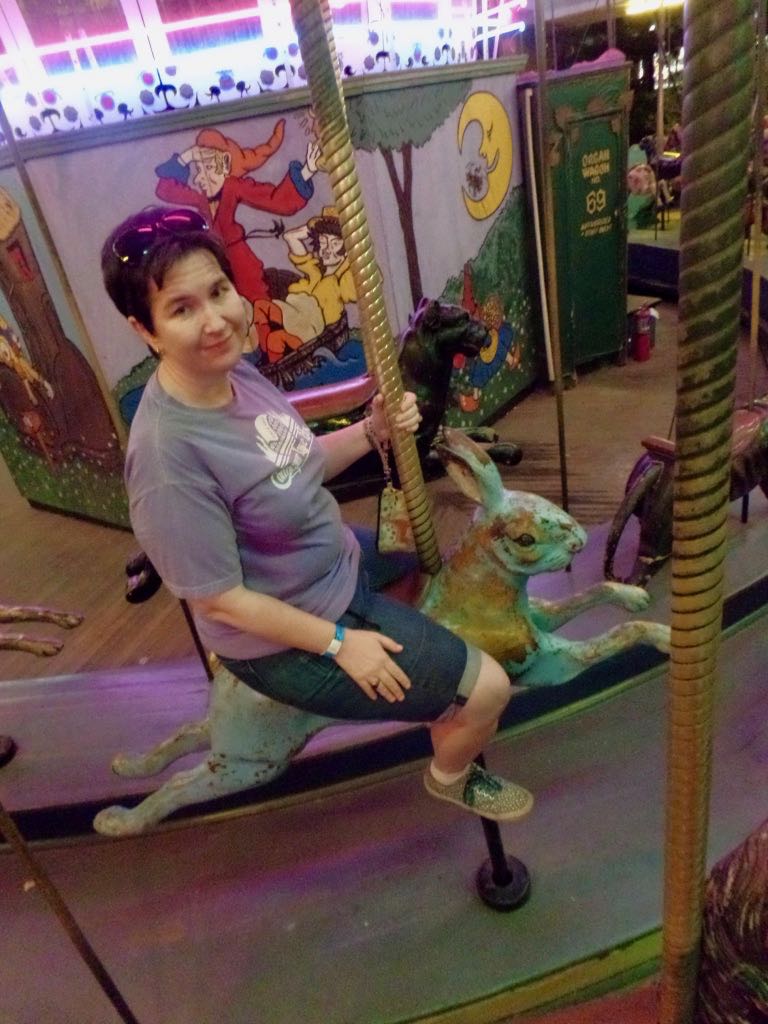 bunny_hugger gets a ride on the blue-green rabbit. And in the background you recognize the classic fairy tale of ... ? ... . 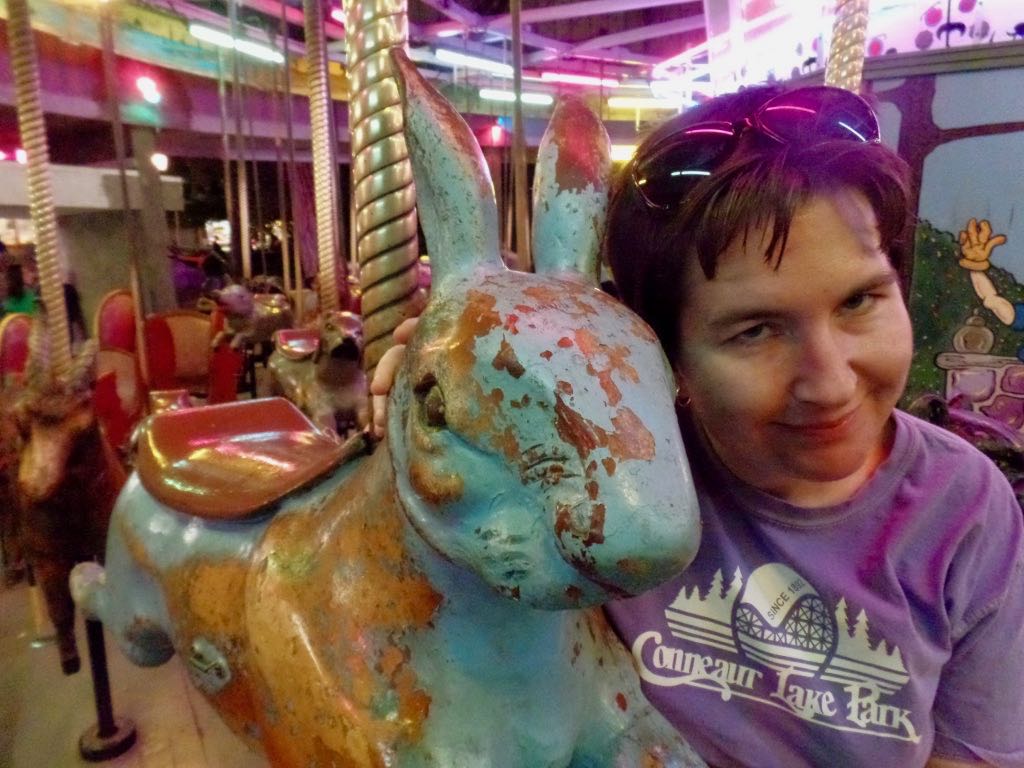 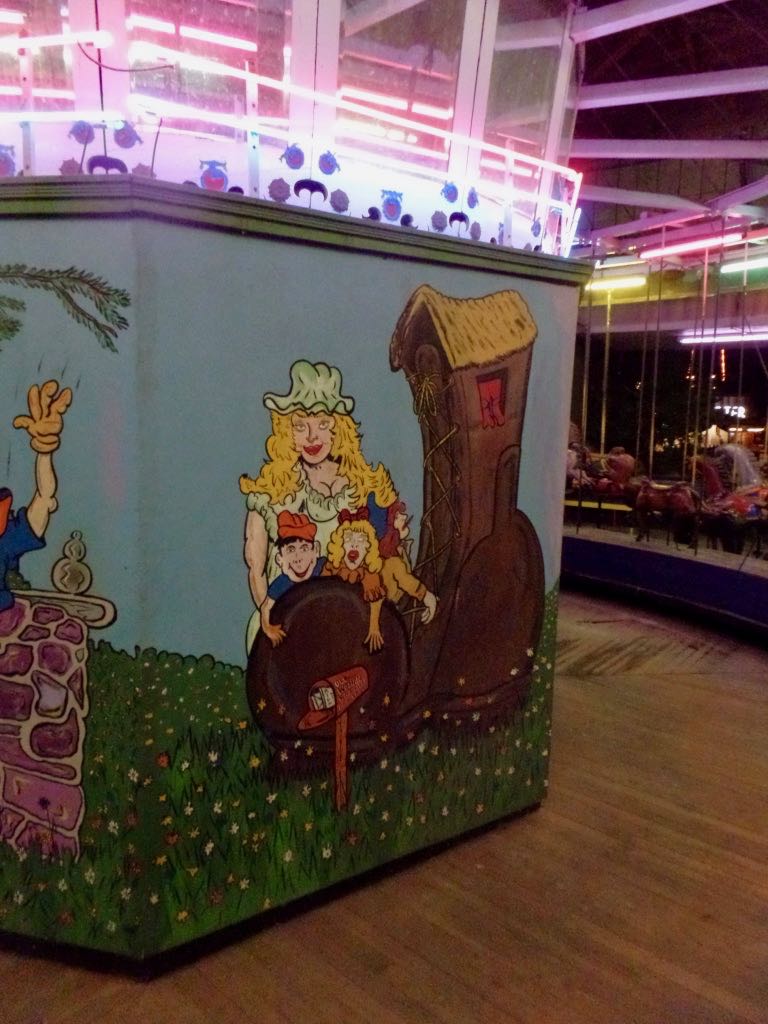 Center scenery panel depicting the Old Woman Who Lives In A Shoe, And Is Drawn By Someone Who Does Pinball Backglass Art of the 70s-90s. Also apparently two is an overwhelming number of children now? 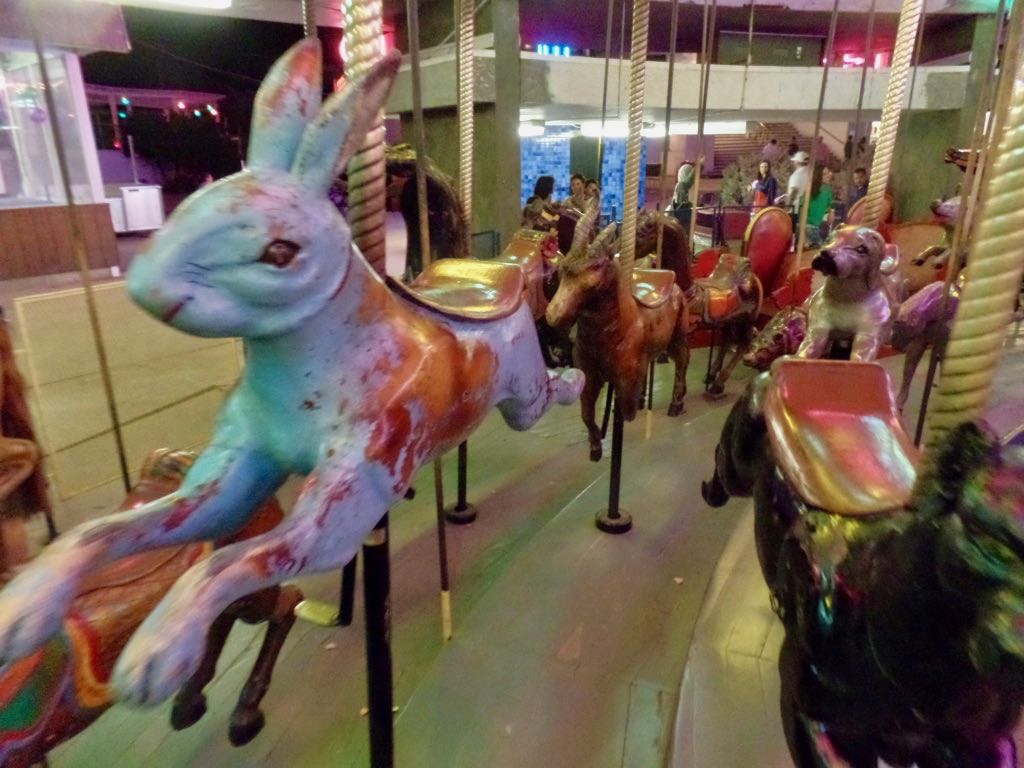 Looking from the inside of the merry-go-round back outside, so you can see the the sides that are traditionally less ornately decorated and painted. 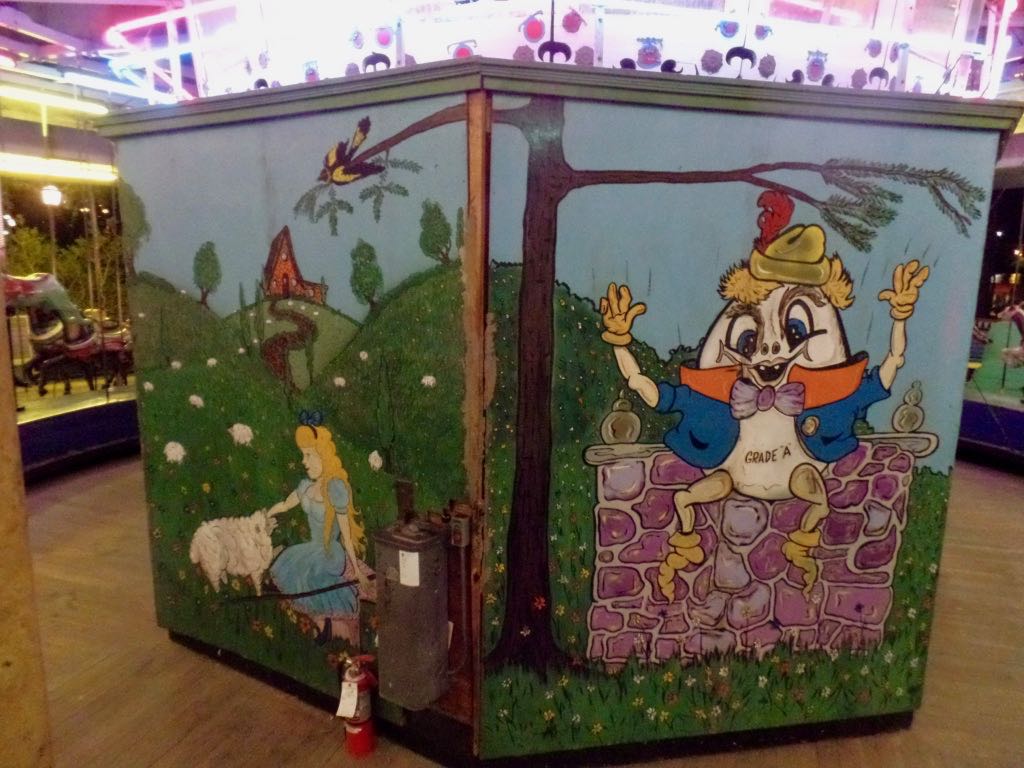 More fairy tales illustrated in the scenery panel. I'm not sure but I think the machinery to the right of Mary and the fire extinguisher is the control for the ride. 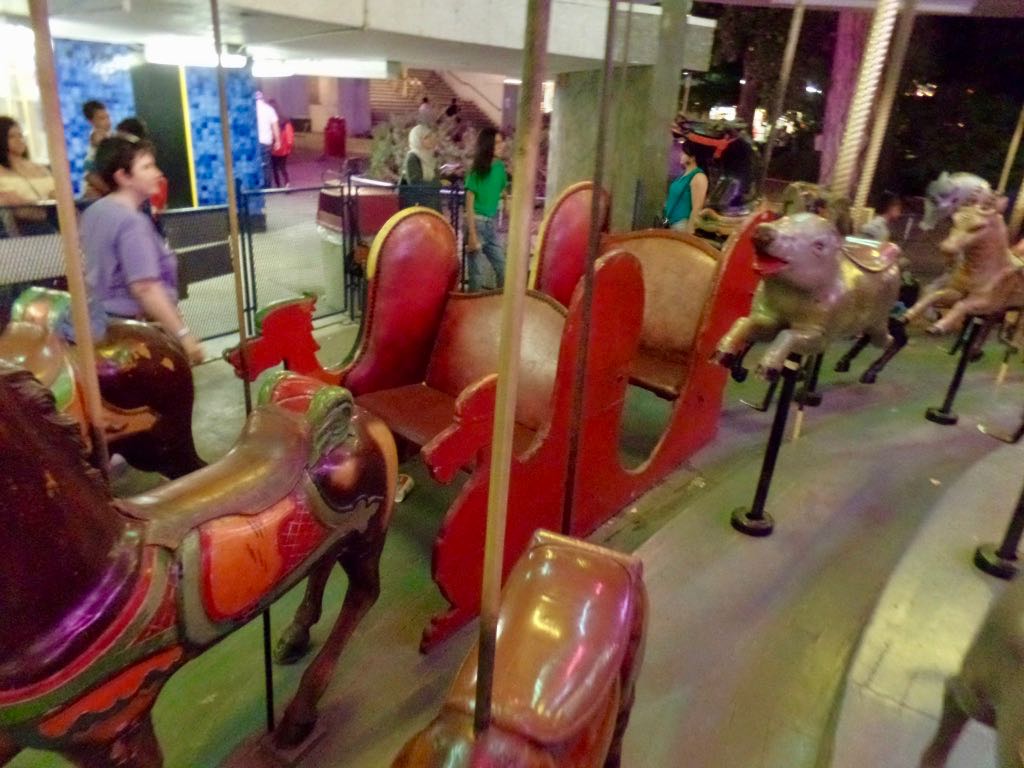 Again looking out on the ride, catching the undecorated side of the chariot among other things. 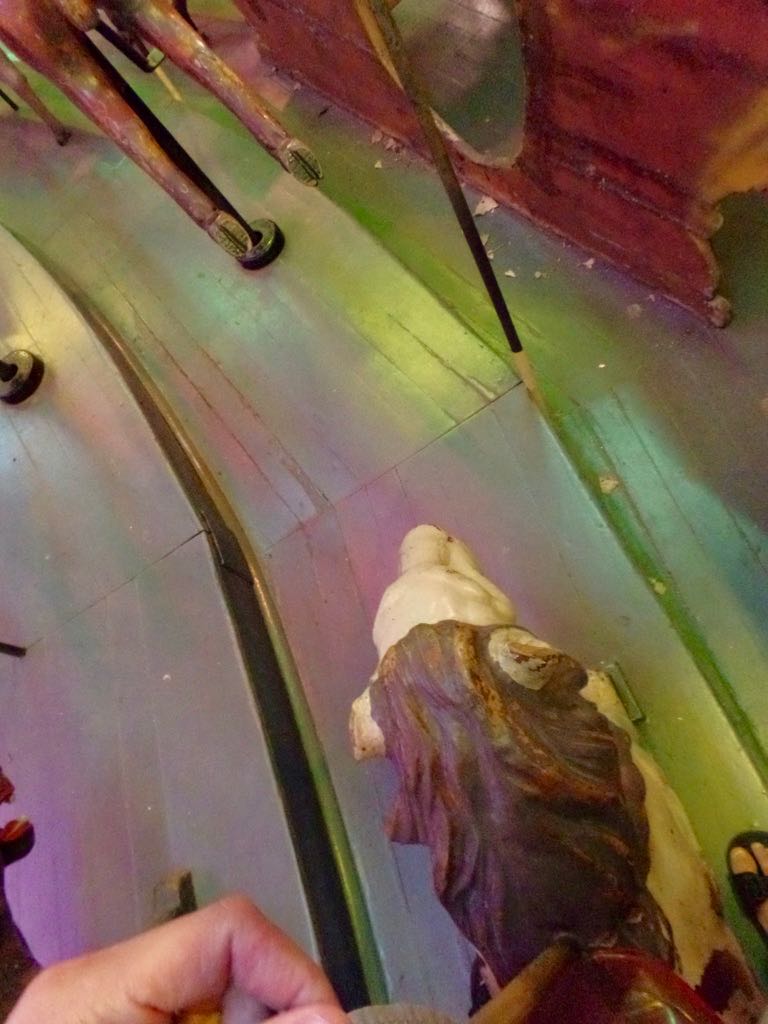 Looking down at my own horse, getting a view of two of the levels of the carousel at least. 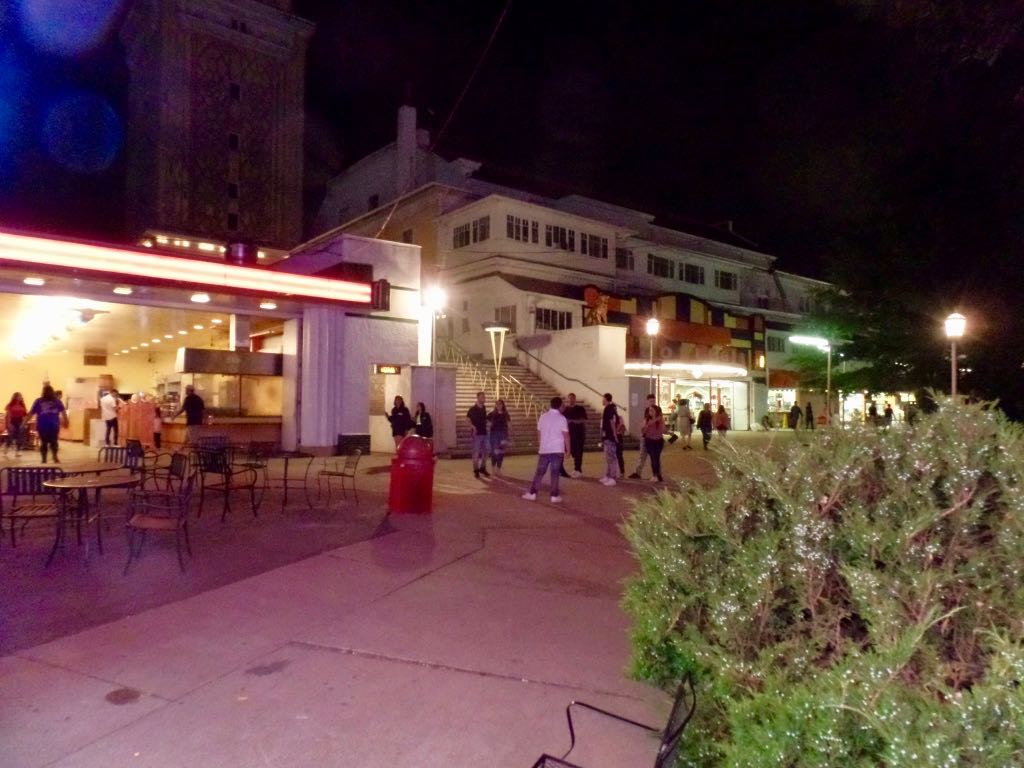 Looking from just outside the merry-go-round at the cafeteria, the stairway to the Tower of Jewels, and the midway games and park office building.

Trivia: Britain's Second Reform Act (1867) roughly doubled the size of the electorate, bringing number of voters to about eight percent of the nation's population. Source: The Age of Capital, 1848 - 1875, Eric Hobsbawm.

Currently Reading: The Great Salad Oil Swindle, Norman C Miller. Also: when I got this from the library it had a full page of check-out date stamps going back to 1965, so that's either the original check-out page or else the second one it's ever had. Mine was the first check-out since 1988, though, so

bunny_hugger had two questions: why was this not culled in the 32 years it went unused (maybe it was put on reserve for a class or something?) and where do I find things like this? I don't know; it's just the weird talent I have that strikes me at used record shows too.