I had a back-to-normal week for publishing on my mathematics blog! This mostly by having a lot of comics to write about. How many comics? This many comics:

Meanwhile, in the story comics: What's Going On In Prince Valiant? What is a 'Virgate' and why would someone want it? November 2019 - February 2020 plot in recap.

Now back to June 2018 and our visit to the Santa's Workshop theme park in Cascade, Colorado. 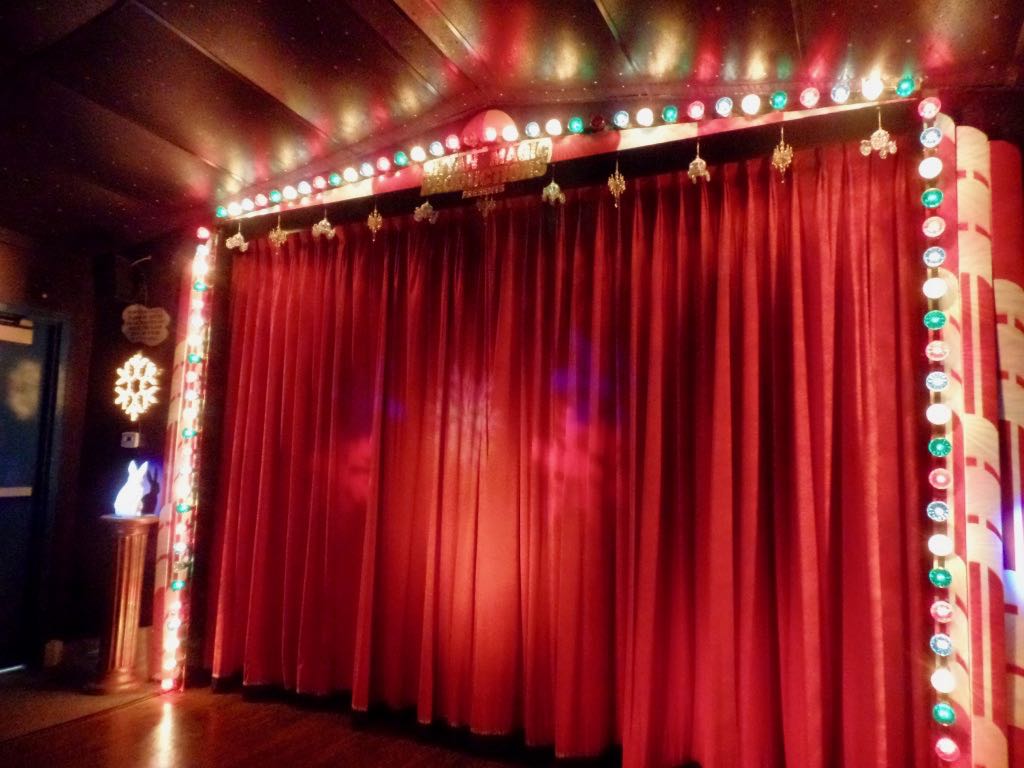 And now, on with the show! Bryan Magic Productions presents ... and encourages you to take photographs, a thing I was not expecting ... of ... 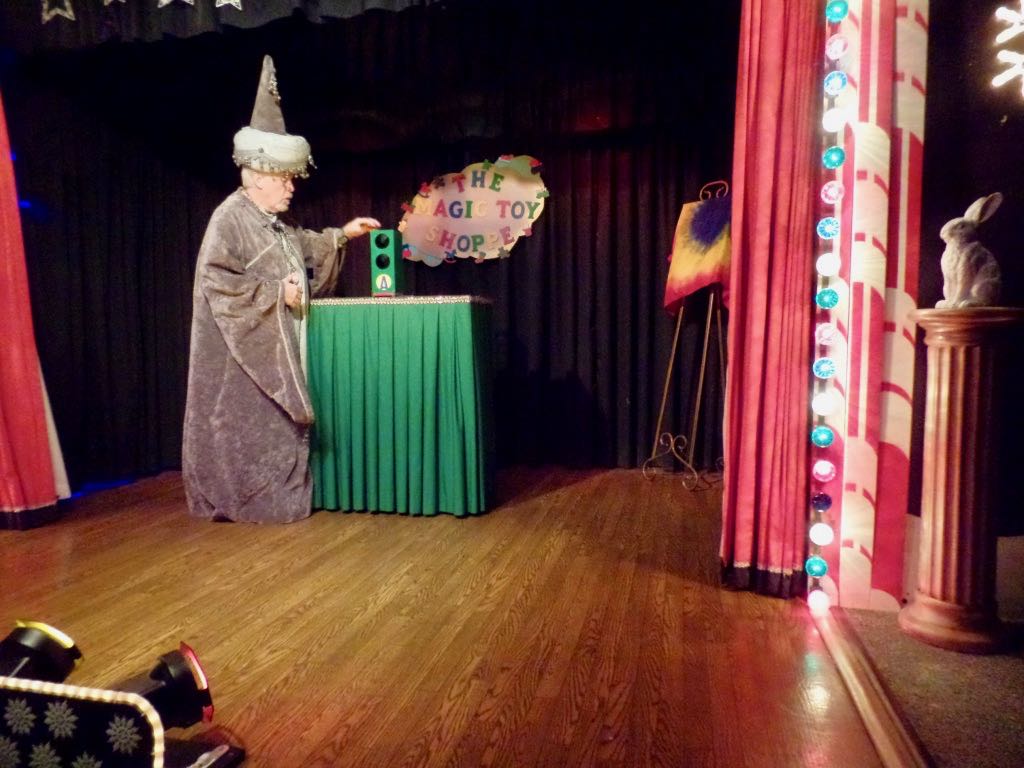 John Bryan, as Balthazzar the Wizard, in the Magic Toy Shoppe! That it looks so very homemade endeared the performance all the more to us. 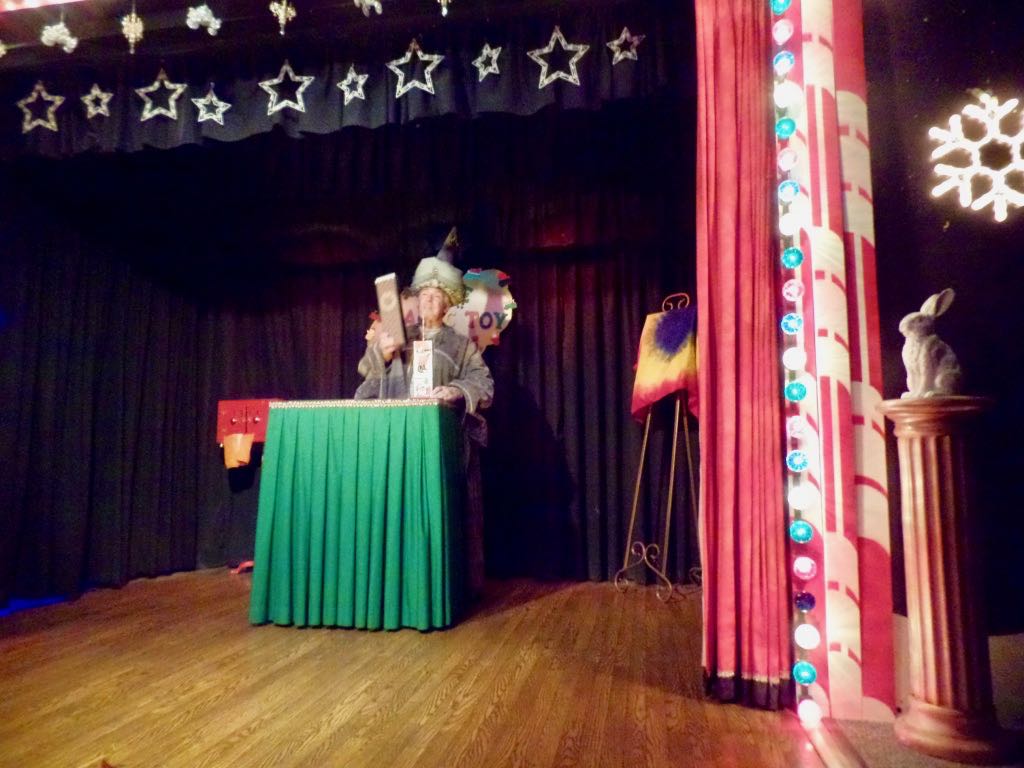 Balthazzar the Wizard midway through one of those tricks where --- trust me --- it's about assembling a picture of Santa Claus the right away. Right now his head is underneath his feet. 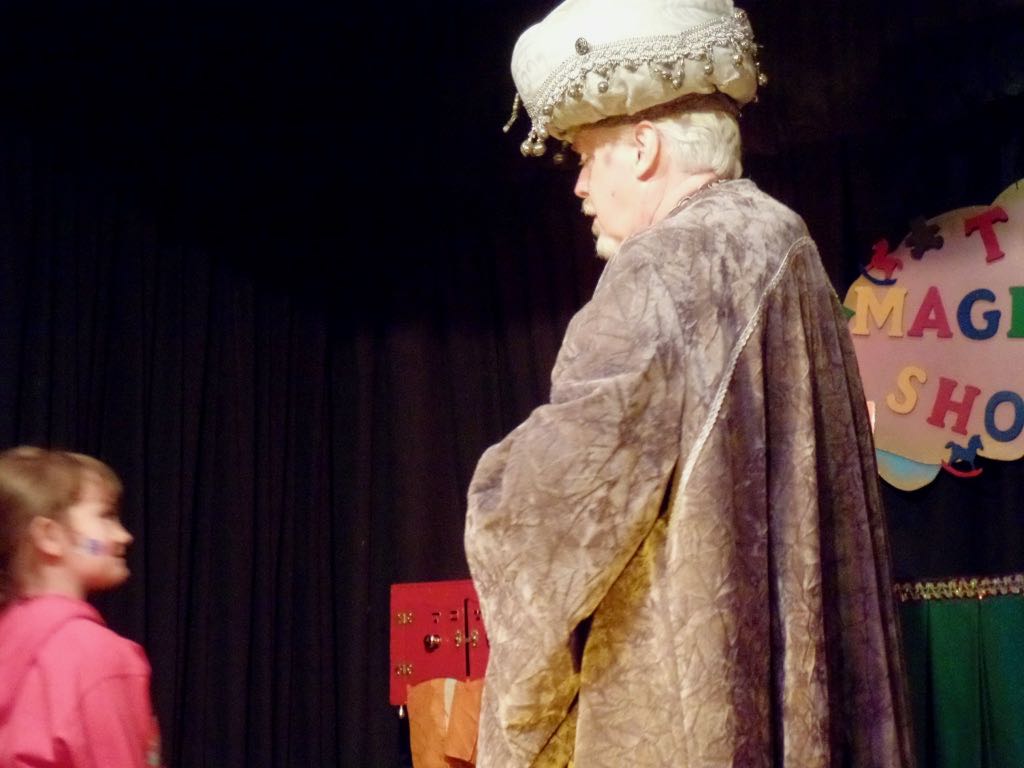 Volunteer come up to help with one of the tricks. 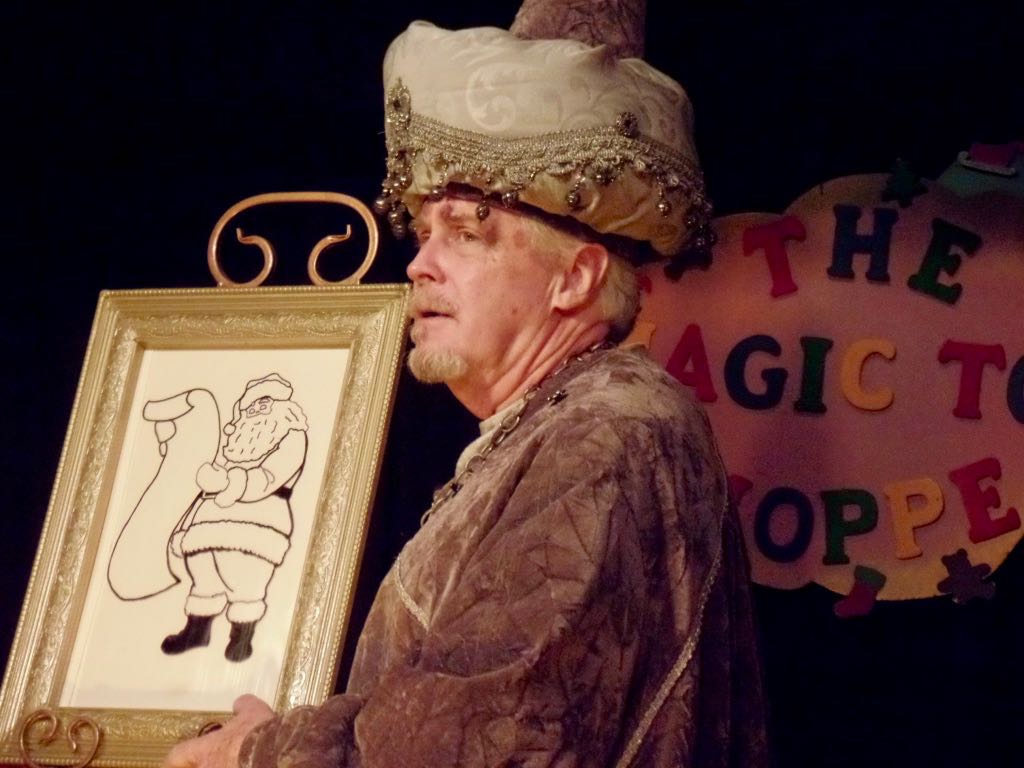 So before your very eyes this sketch of Santa Claus will disappear into a sleeve and be spontaneously colored in! 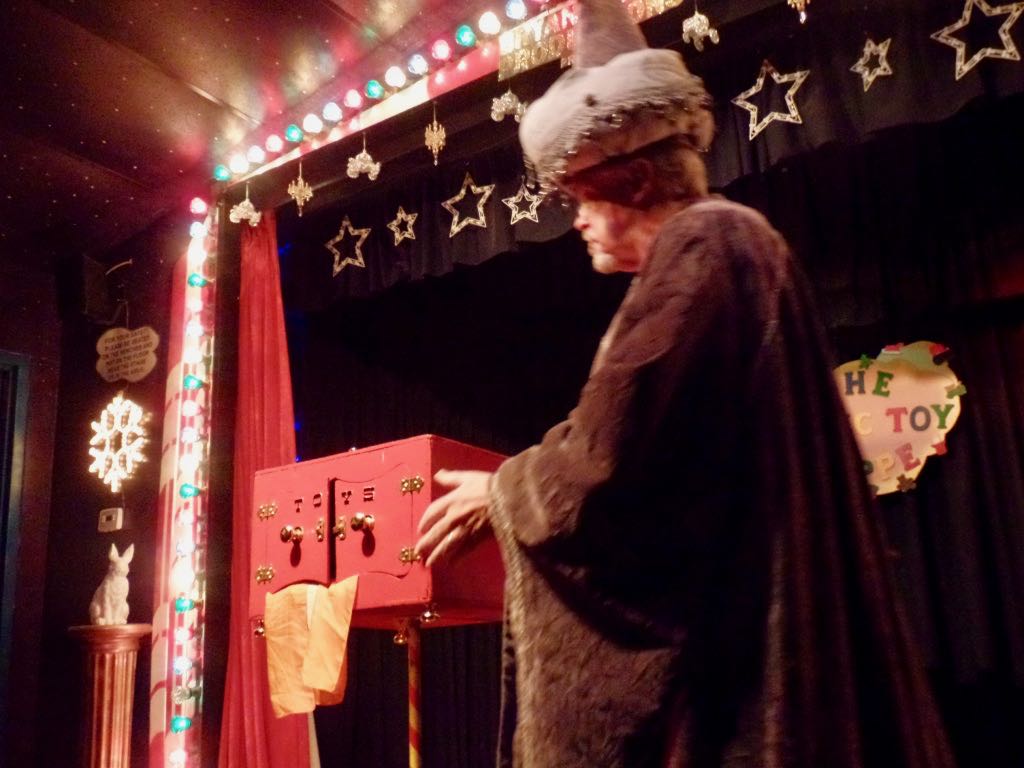 And what's inside this collapsible magic box? Well, a stuffed rabbit, Balthazzar said, as his rabbit had gone on holiday to Brussels and he would have to make do. But still ... 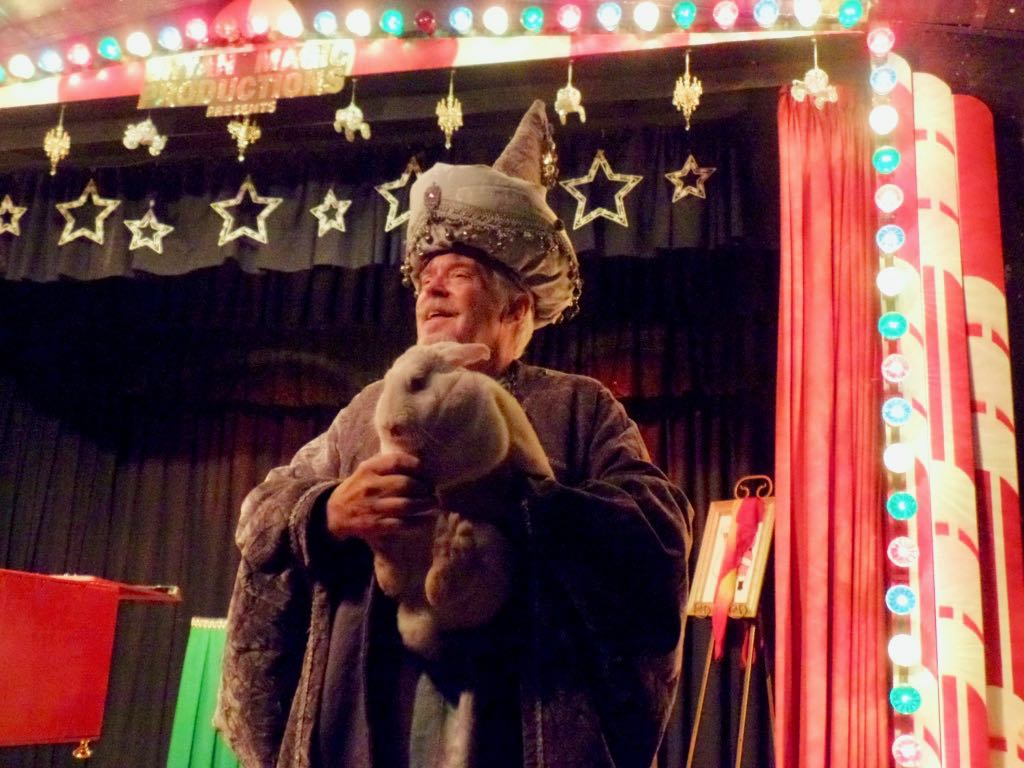 Oh! No, he's back early, something that

bunny_hugger realized well before I did. (She noticed the box moving; I accepted that he was going to do the trick with a stuffed rabbit, which is after all the same stunt.) 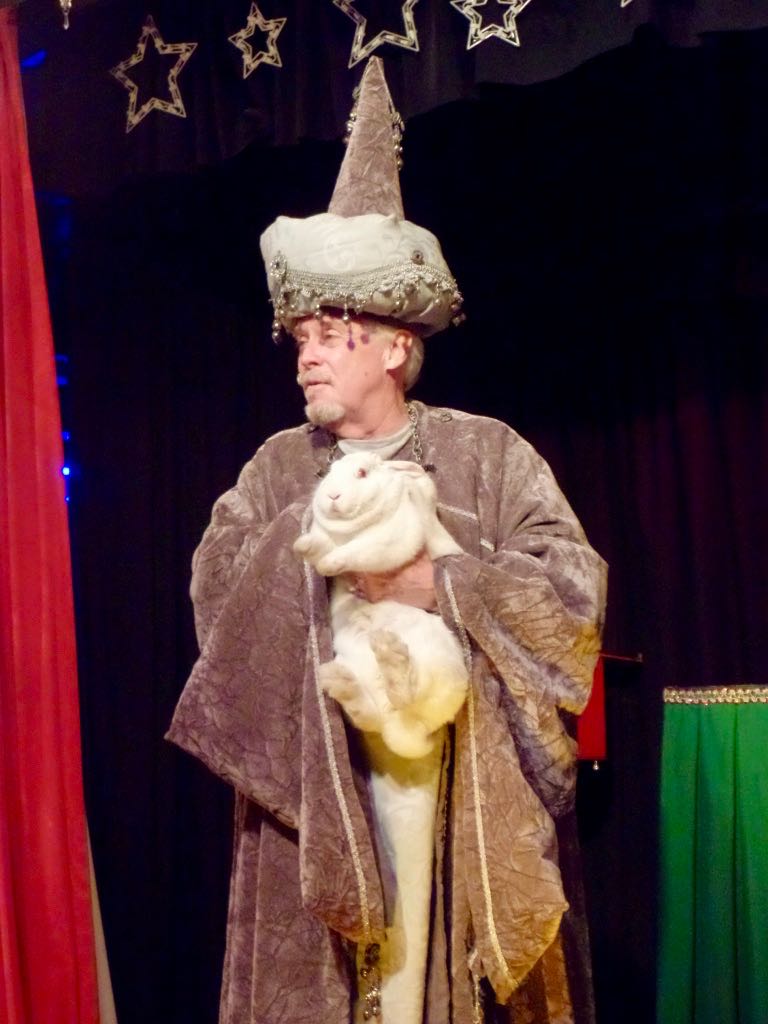 The rabbit's appearance was the climax of the show, and good, because I was not at all sure that the rabbit was very happy being held like this. Afterward people were invited to come up and pet the rabbit. Balthazzar asked about our own rabbits and we said, as was true, that we had two at home. ``Well, last you looked there were two'' (or something like that) he answered, and we didn't bother going into how they were both female and spayed. 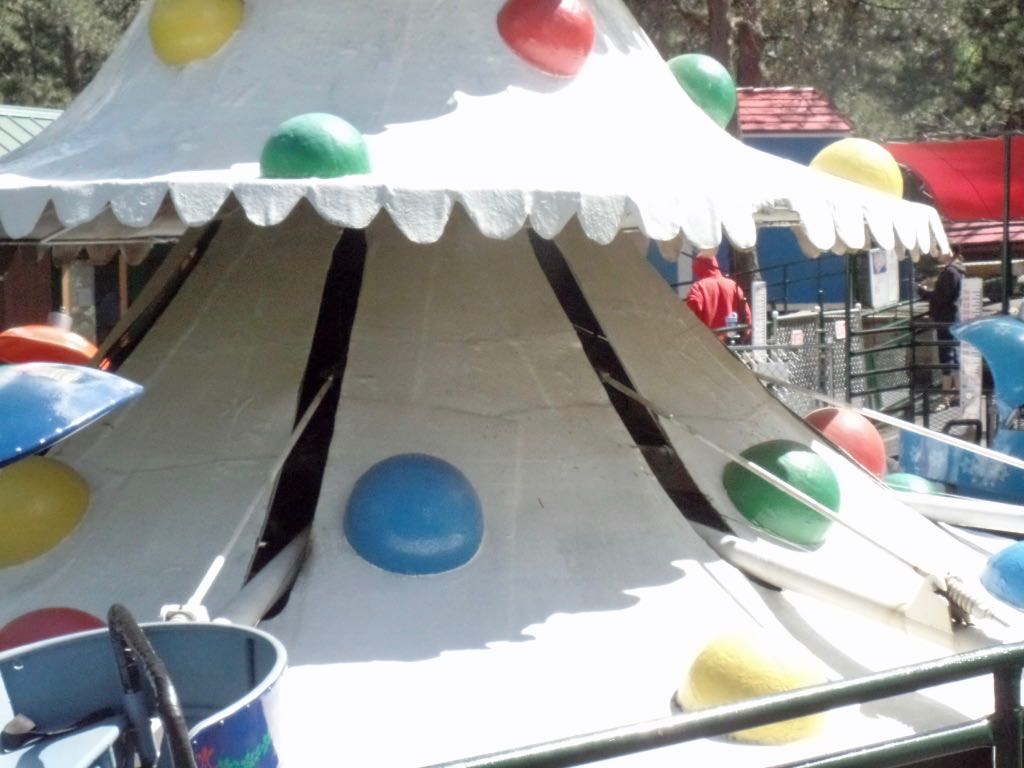 Back outside: told you it was a short show. This ride's decorated to look like a stylish white Christmas tree. It's really a Roto-Jet, though, much like the Satellite we'd ridden the day before at Lakeside Amusement Park. 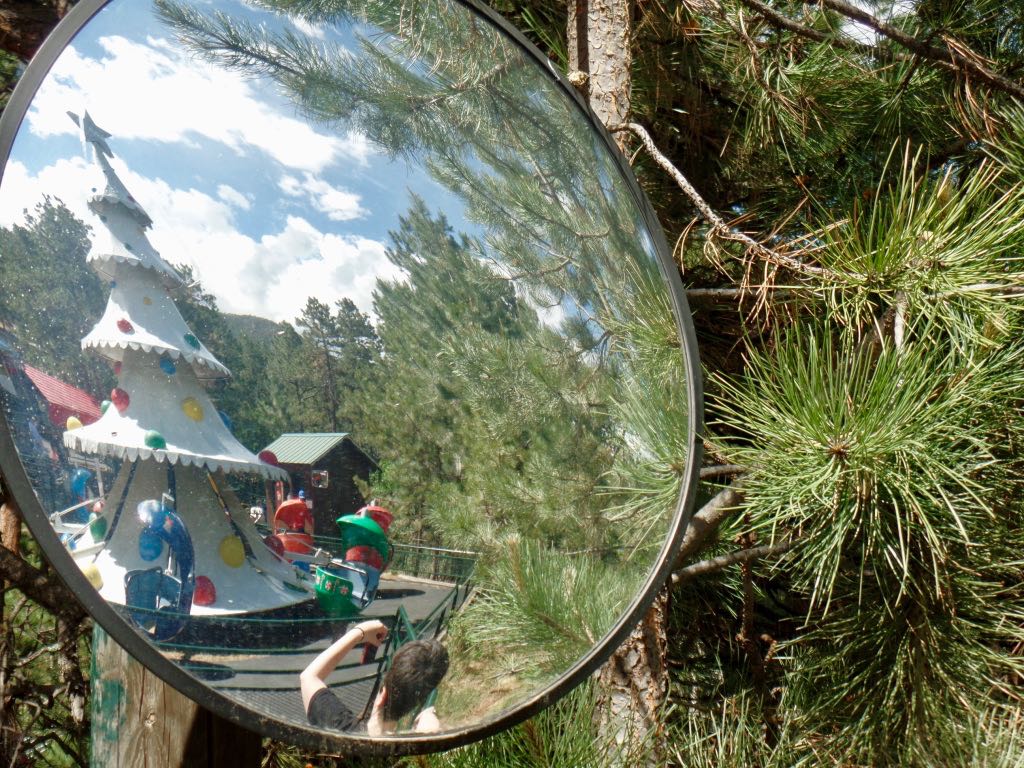 bunny_hugger getting some snaps of the ride, as seen in the ride-safety mirror. 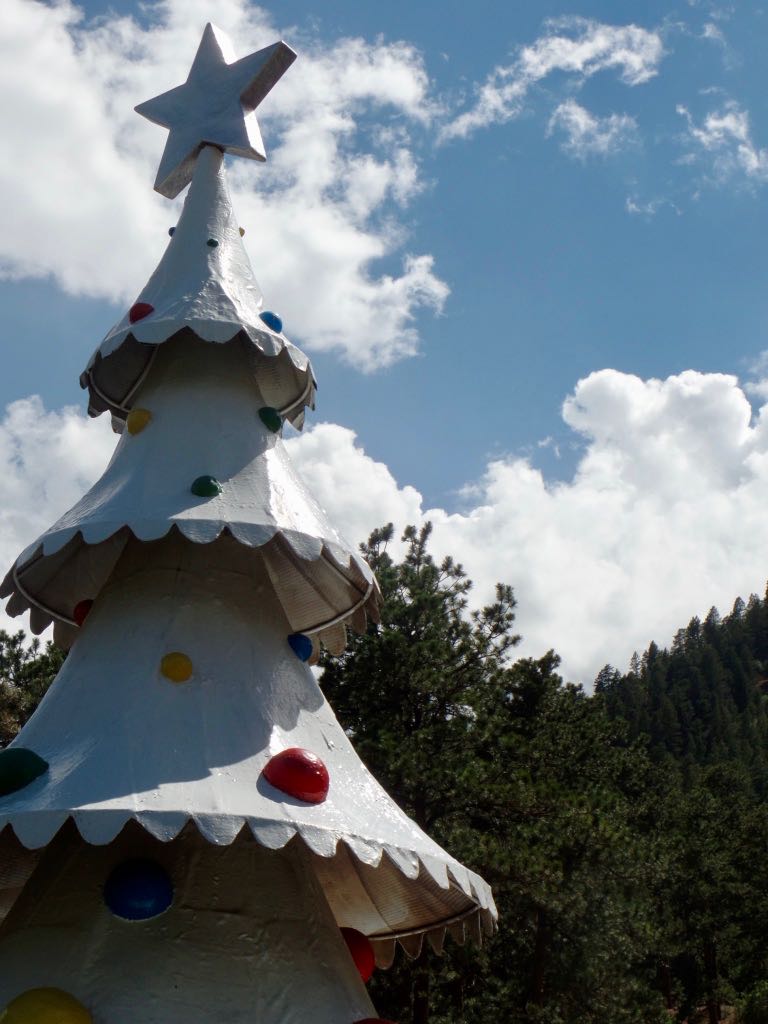 Looking up to the top of the Christmas Tree Ride, their themed Roto-Jet. 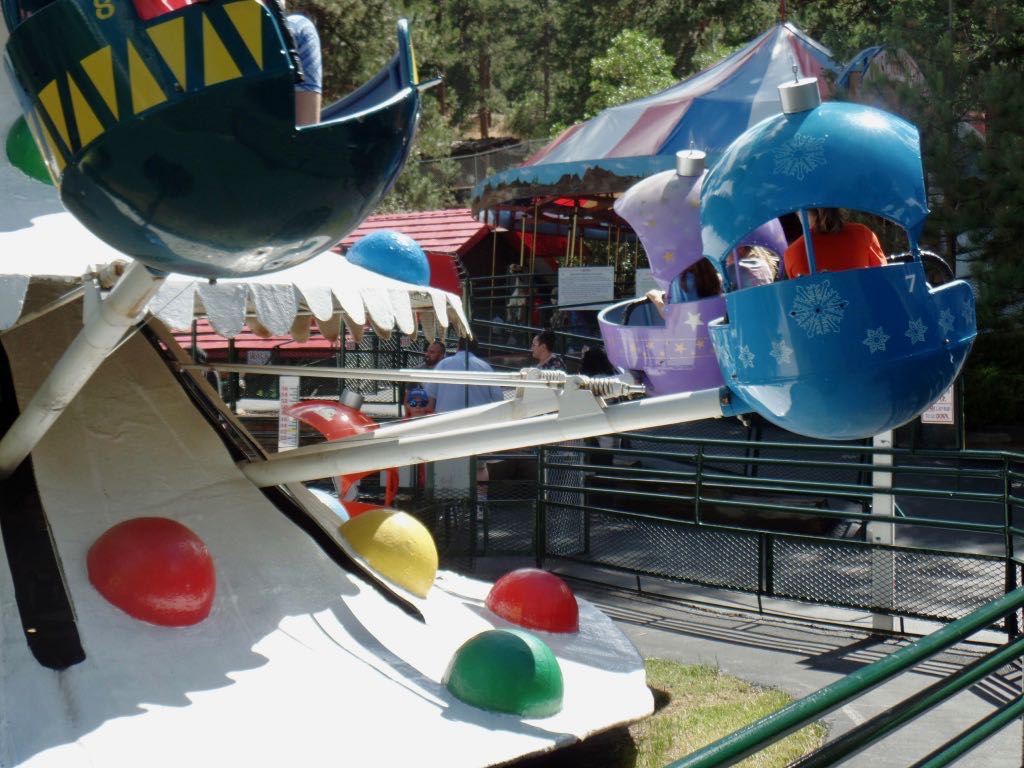 And what the Christmas Tree Ride looks like in action. The cars are made to look like ornament balls and you get to choose how high or low to fly them.

Thanks for reading. And tomorrow? I have events in my life to journal again! Please join me for a tale of

bunny_hugger's deceit and treachery and a day in Grand Rapids!

Trivia: In 1933 Albert Ross Eckler, with the Census Bureau, estimated past economies on the basis of six measurements, including railway receipts, imports, and coal and pig iron production. He estimated the depression of 1893-1895 saw the American gross national product drop about 26 percent, almost as dramatic as the 32 percent collapse from 1873 to 1877. Source: A Nation of Deadbeats: An Uncommon History of America's Financial Disasters, Scott Reynolds Nelson.