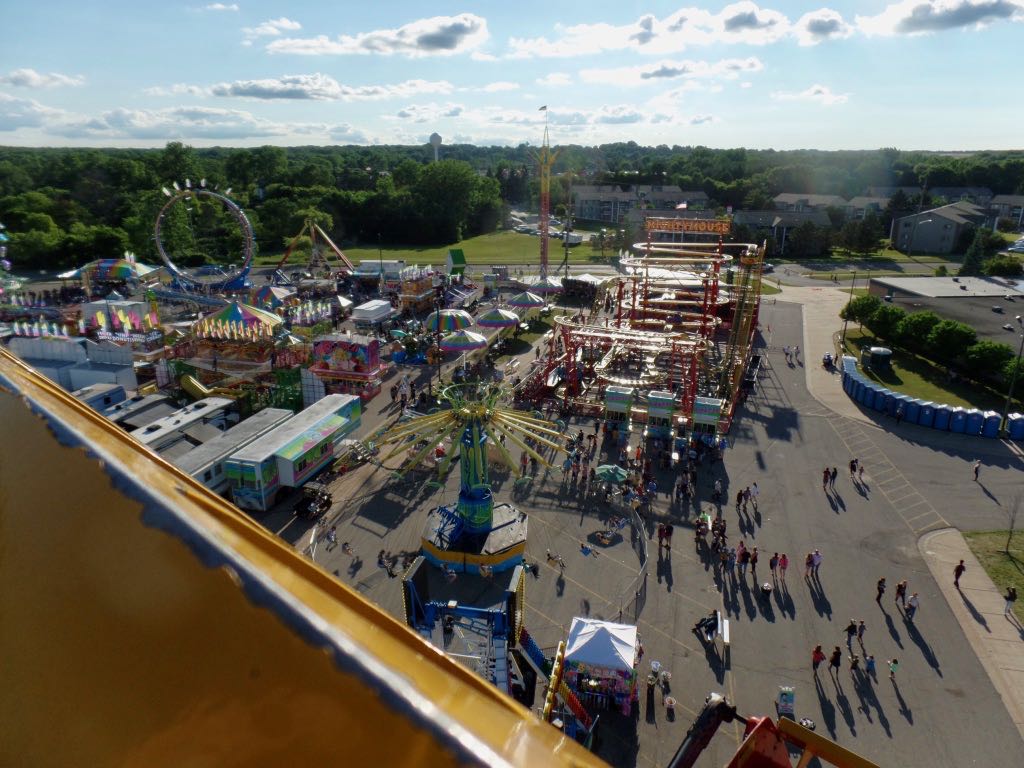 I am quite happy to comply with the rules about photography while on rides. But I feel like a Ferris wheel, or the Skywheel, is just one of those cases where the rule doesn't make sense, at least if as here you keep the camera strapped on. Anyway, check out the Mighty Mouse, huh? 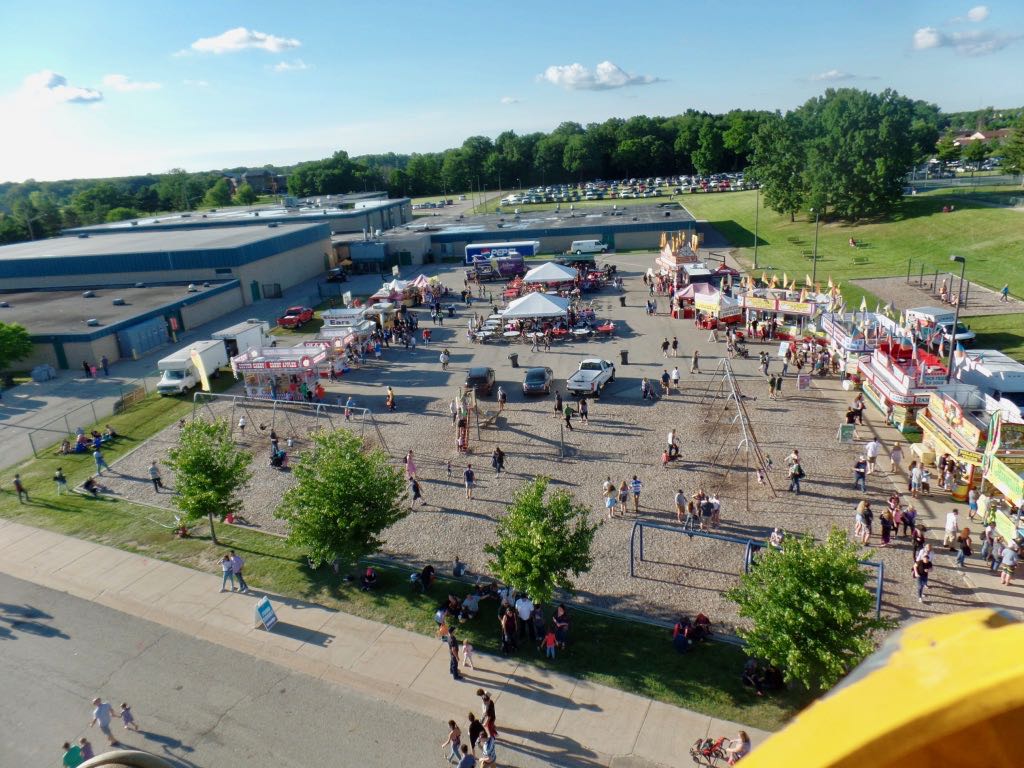 And looking over to the playground area, which is mostly lined by food vendors now. And, oh, you can see so much parking there. 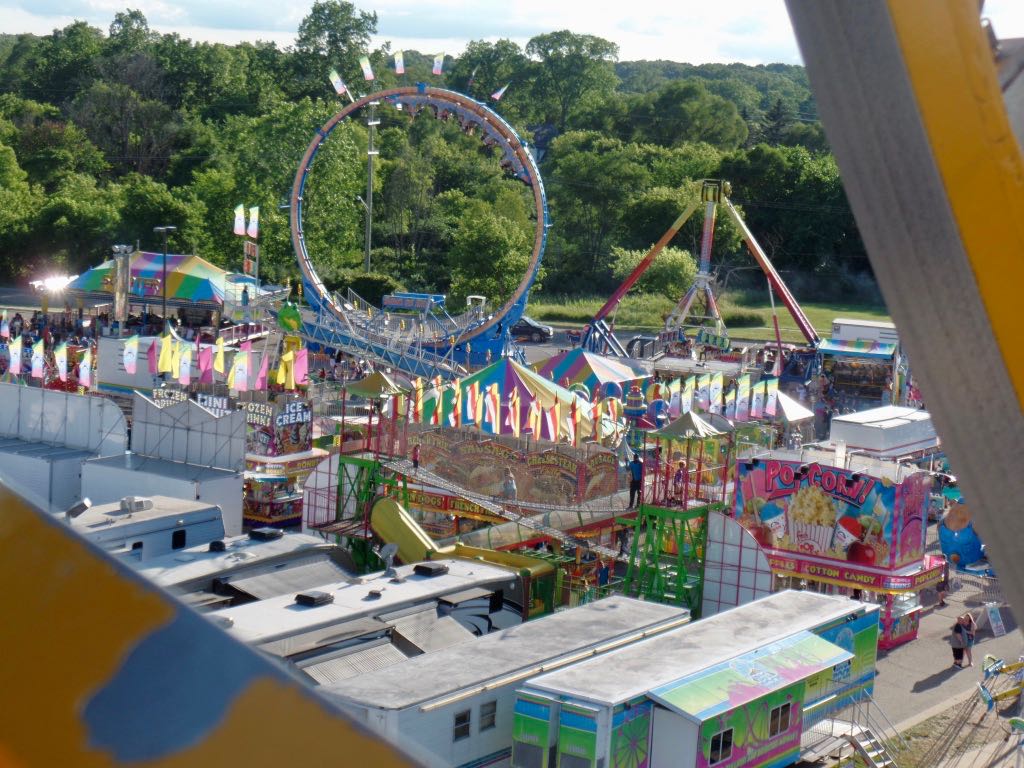 Glimpsing back the other way to see the Ring of Fire from above. And hey kids, popcorn! 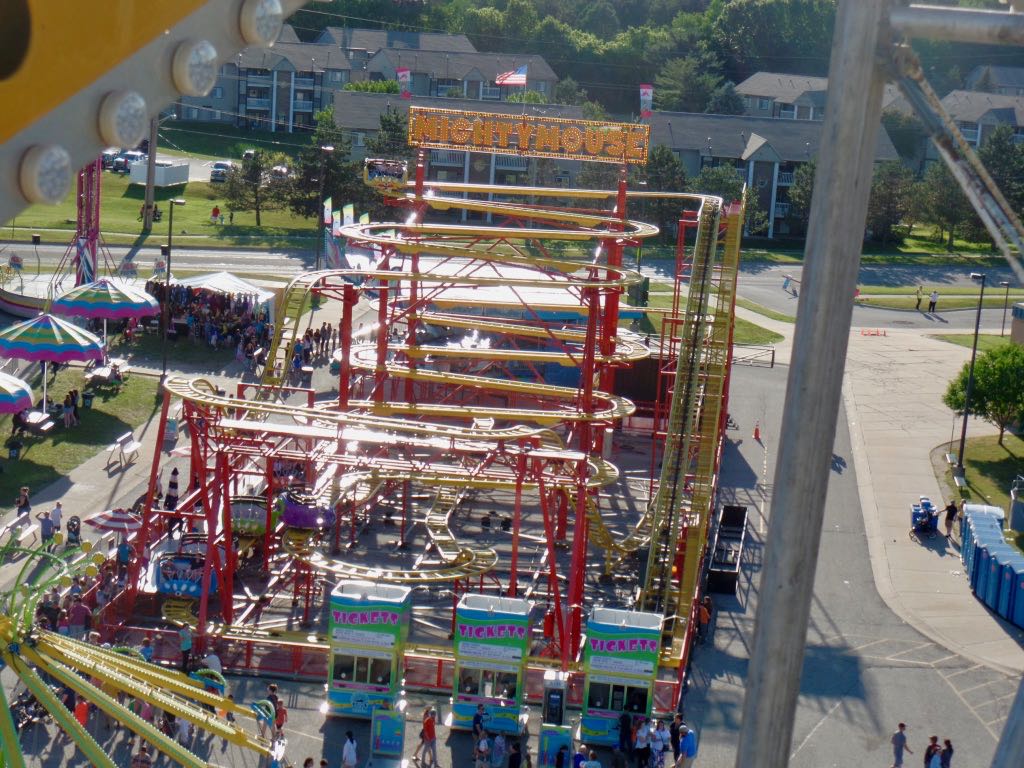 A view of the Mighty Mouse so good you can build it in Roller Coaster Tycoon. 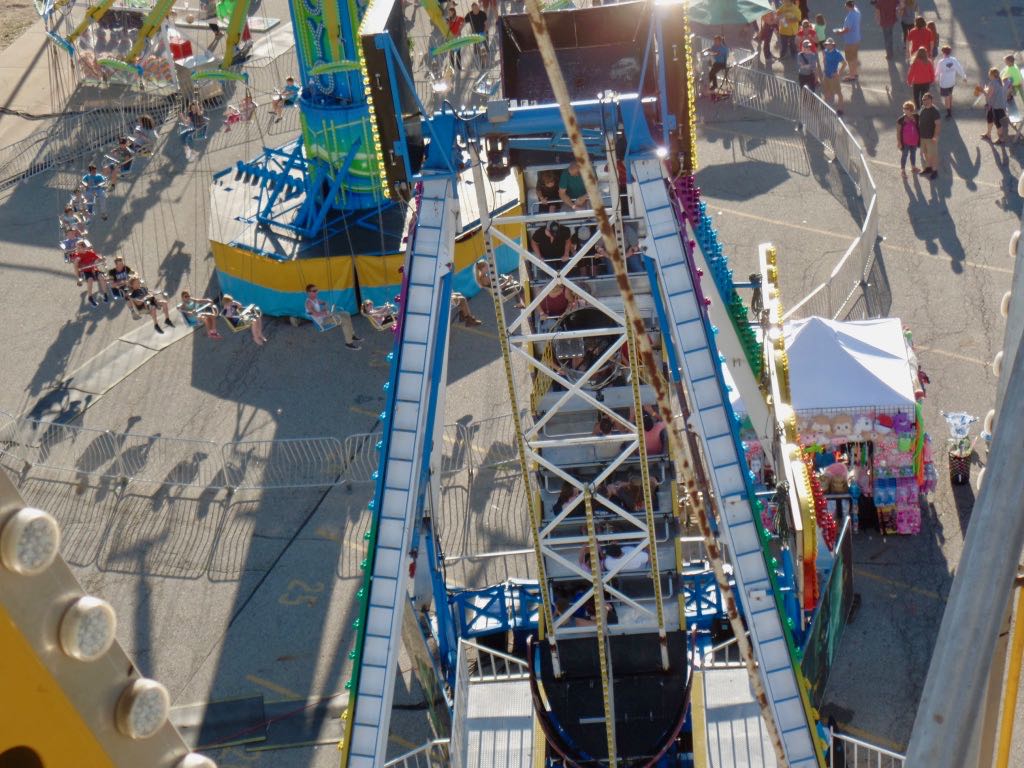 Peering down the Skywheel structure, to see the other spinning wheel. 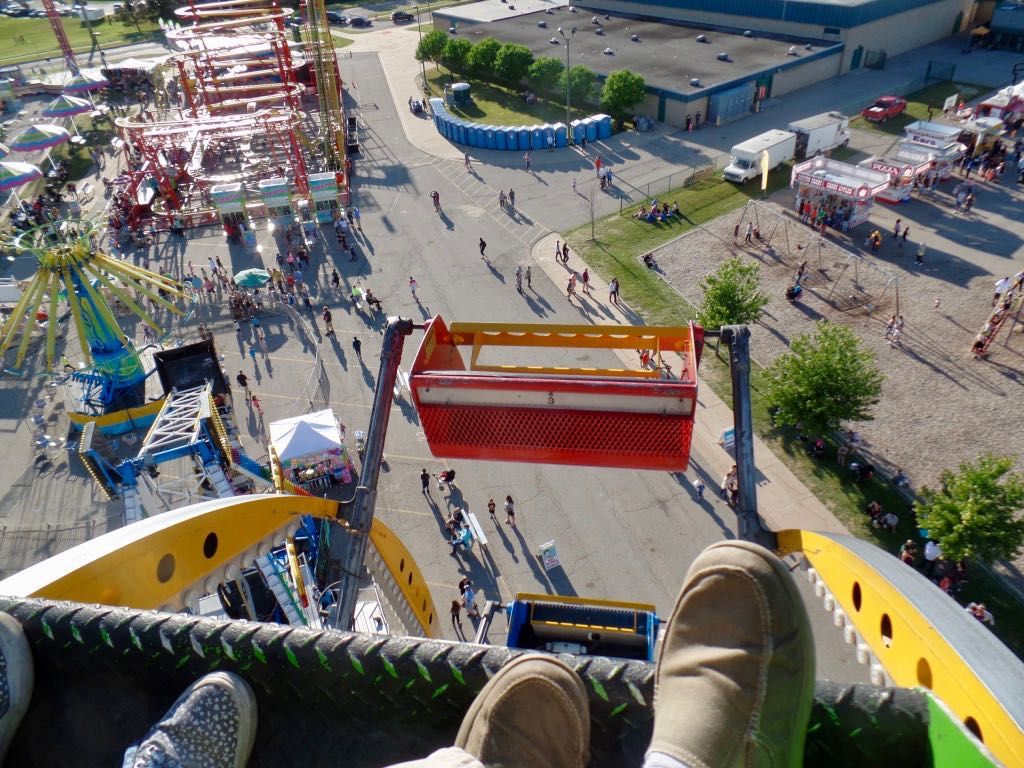 And a look down from higher up; you get to see my shoes. 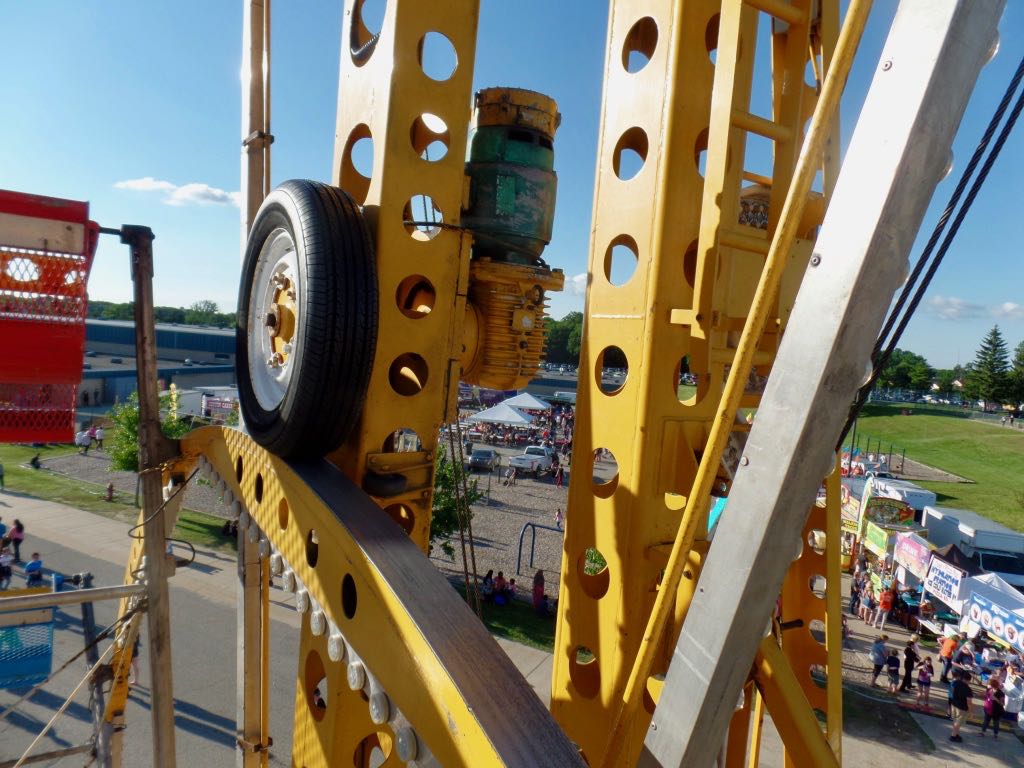 The motor system which drives the Skywheel wheels; the rotation power isn't put through the axle but rather as far out as possible. It's quite smooth. 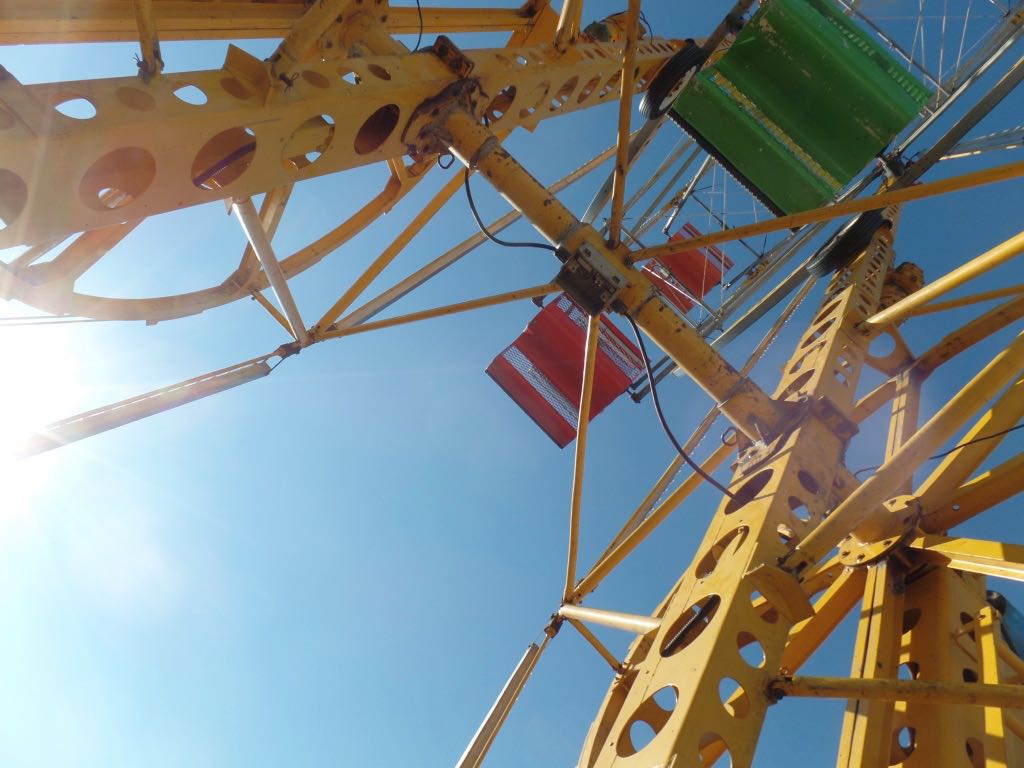 Looking up the Skywheel, when we were on the lower of the two rings. 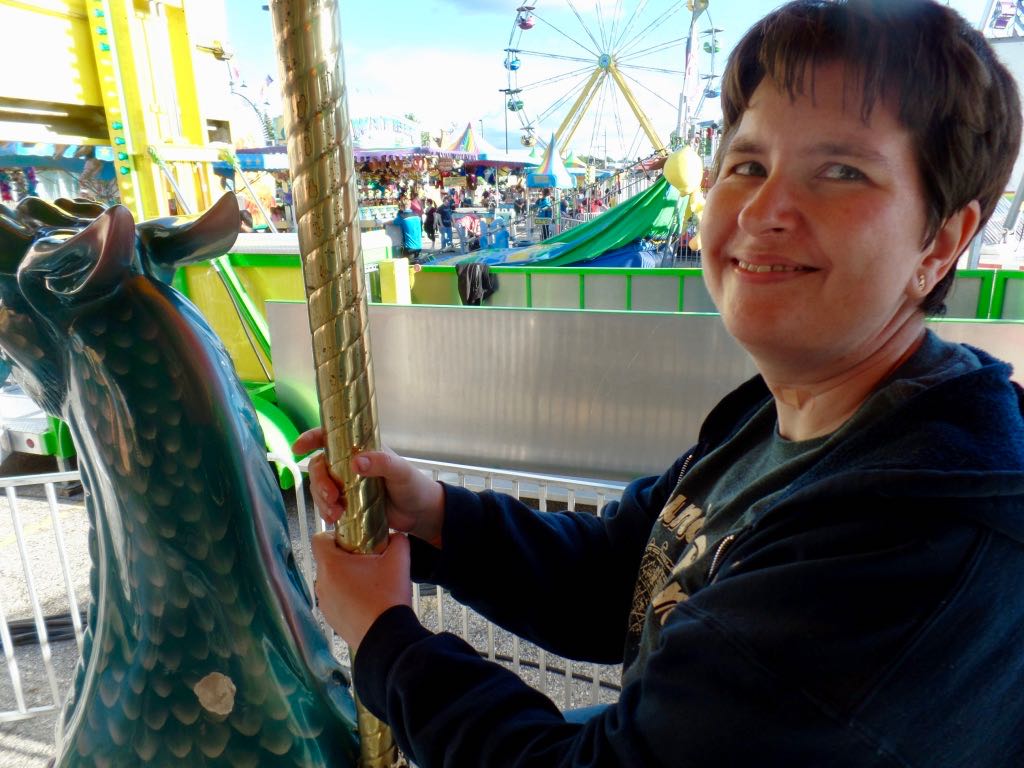 bunny_hugger taking a ride on the carousel, the sea dragon mount. 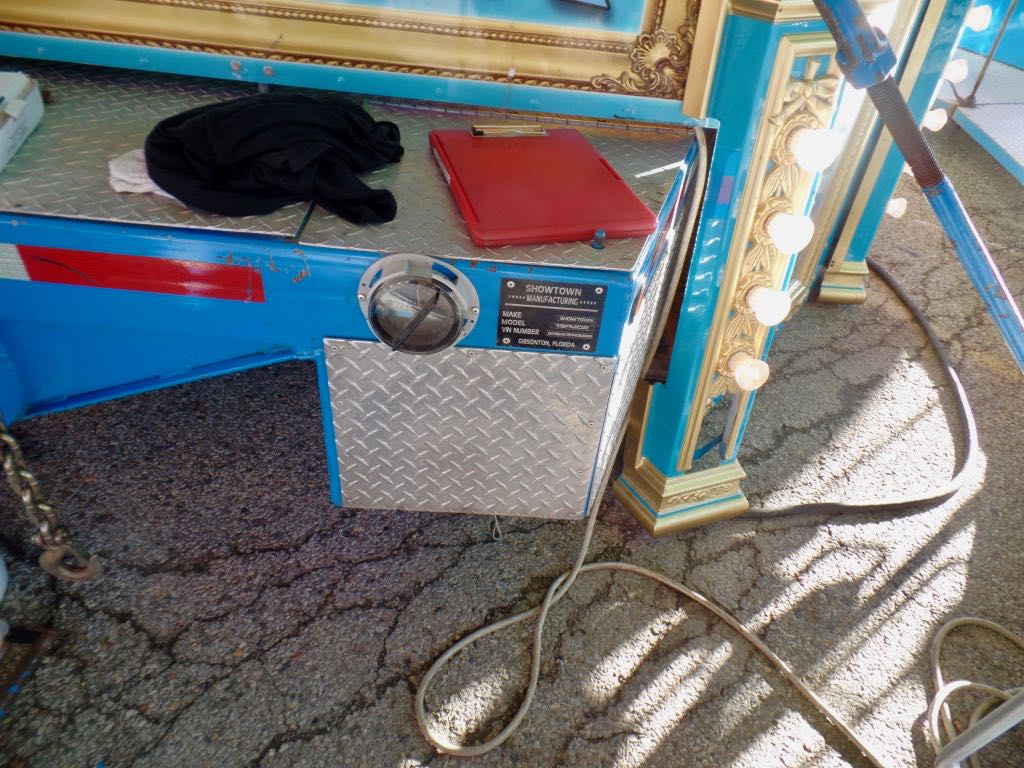 A look at the maker plate for the carousel, which declares its' from Showtown Manufacturing, make 'Showtown', model '13FMGR', and VIN '2015SHO13FMGR2003' and if those first four digits are the year then I'm surprised how new the carousel is. 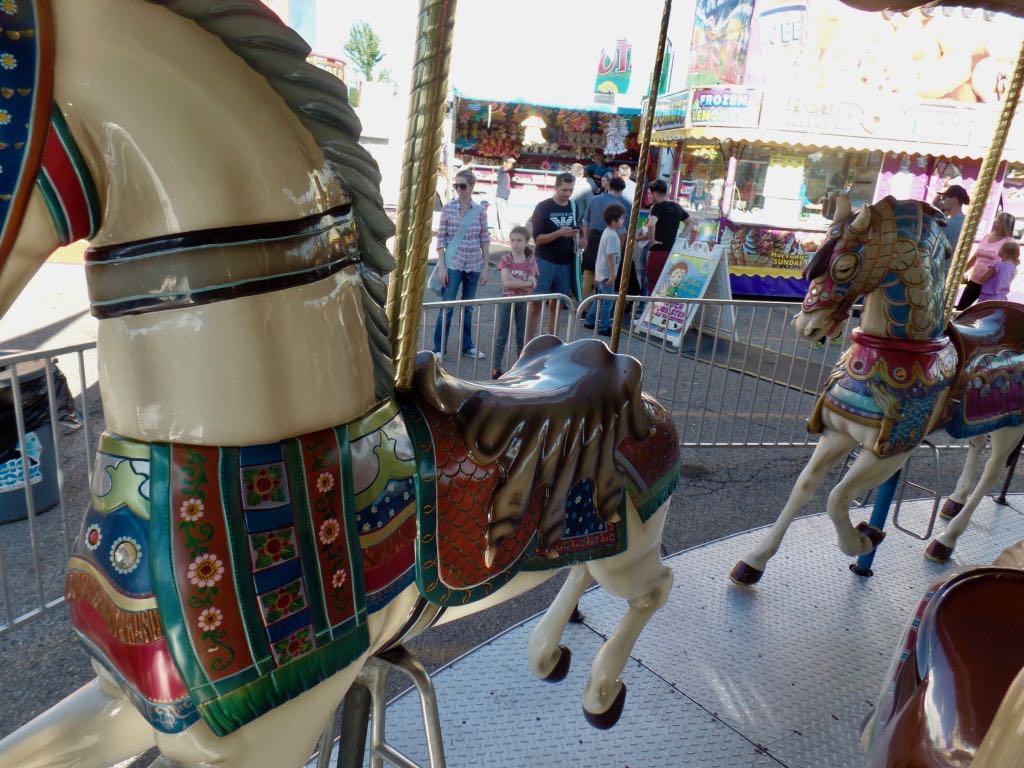 Looking from the inside of the carousel back out again. 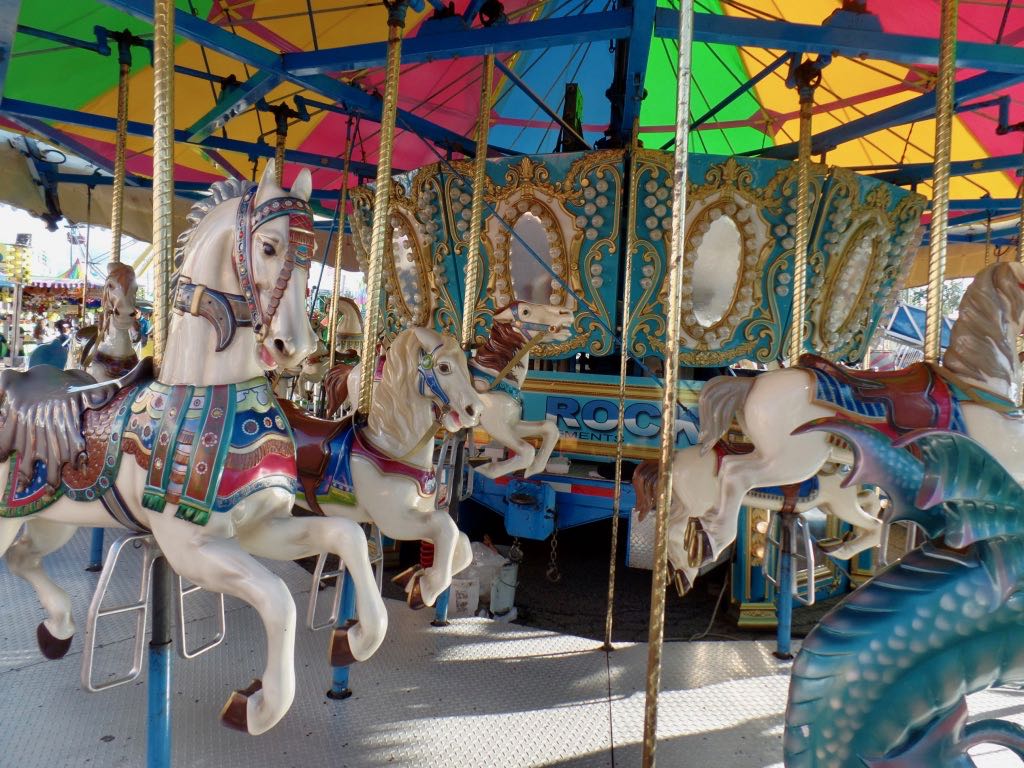 And looking at the carousel from the outside in.

Trivia: By the end of the Second World War no banana had reached the British Isles in six years. Source: London: A History, A N Wilson.

PS: Reading the Comics, March 7, 2020: Everybody Has Tests Edition, as there weren't many comics doing mathematics stuff last week.