These have not been funny times, not in the slightest. So why is my humor blog going strong? I don't know. But it is, and somehow the big weekly post has been surprisingly easy and fun to write once I get to about 4:30 pm Thursday and figure out what I want to write about. Here's what's been going on:

Would you believe I'm at the end of good photographs of Pinburgh 2018's Saturday? Well, we had to go to bed early, since stuff was happening Sunday morning. You'll see that, if anything goes right, tomorrow. 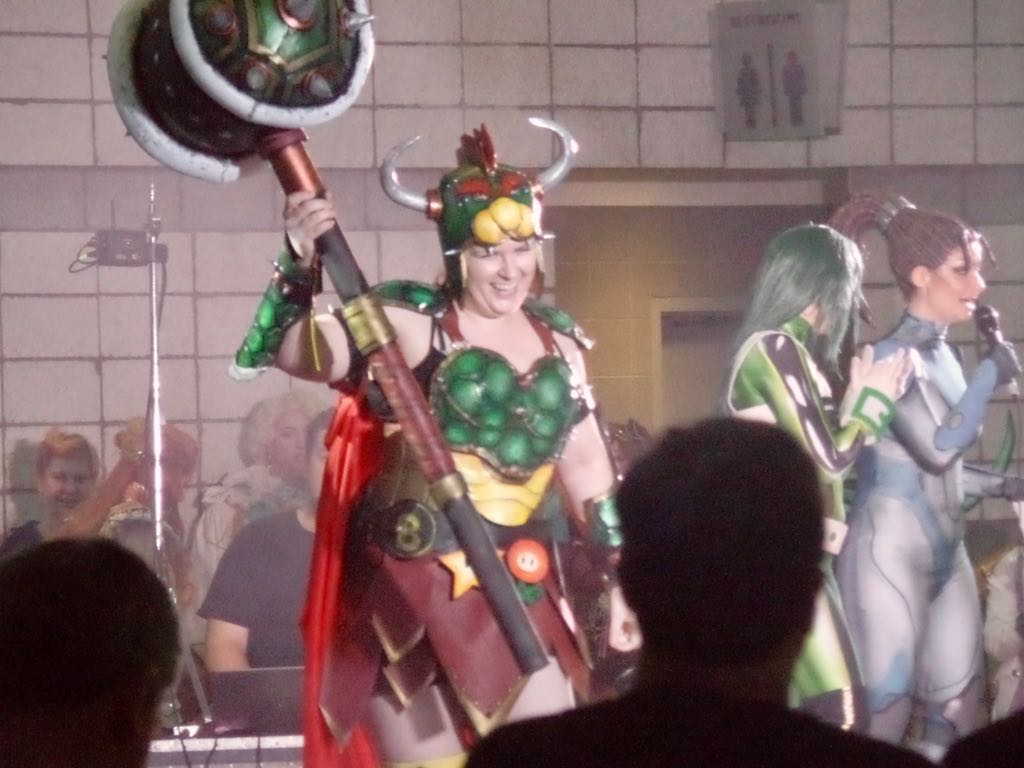 More of the cosplay show: that character who's really familiar-looking showing off her turtle hammer. 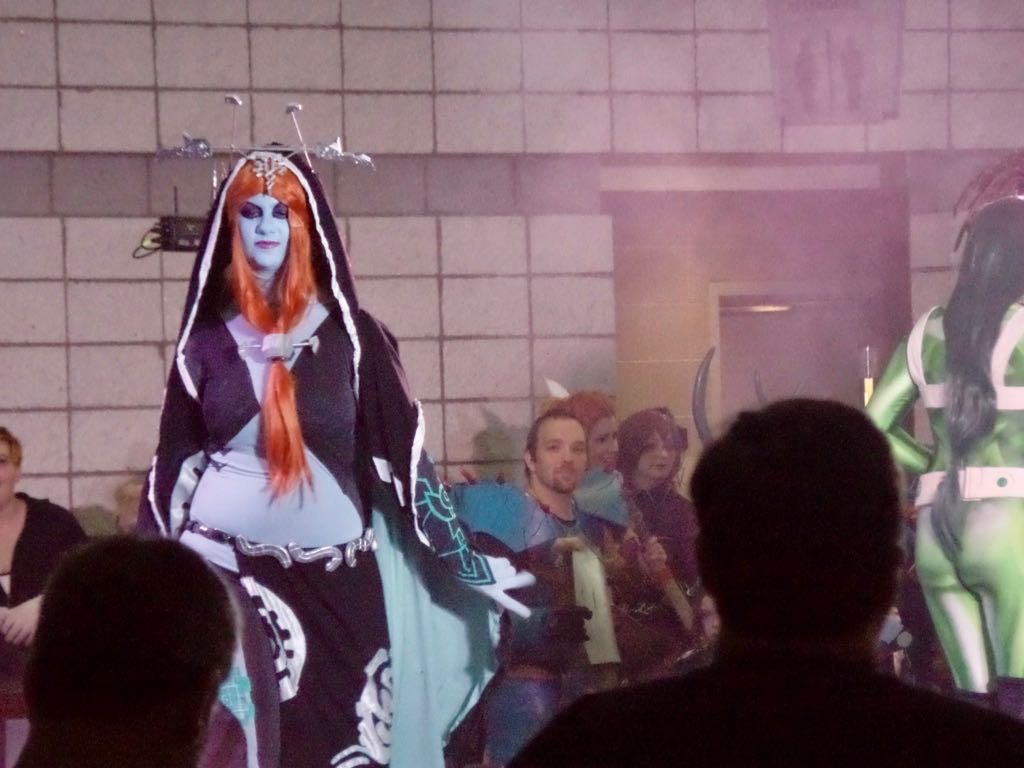 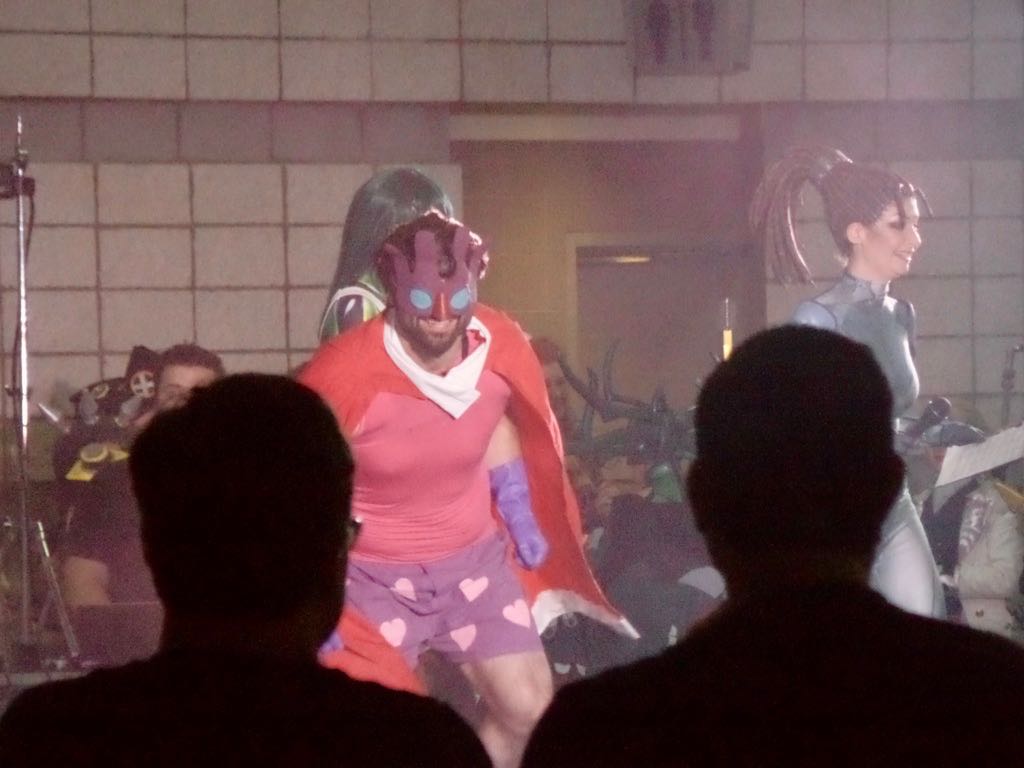 I do not know whether this is an original character or an established property but I do know the valentine-heart underwear is signalling wacky. 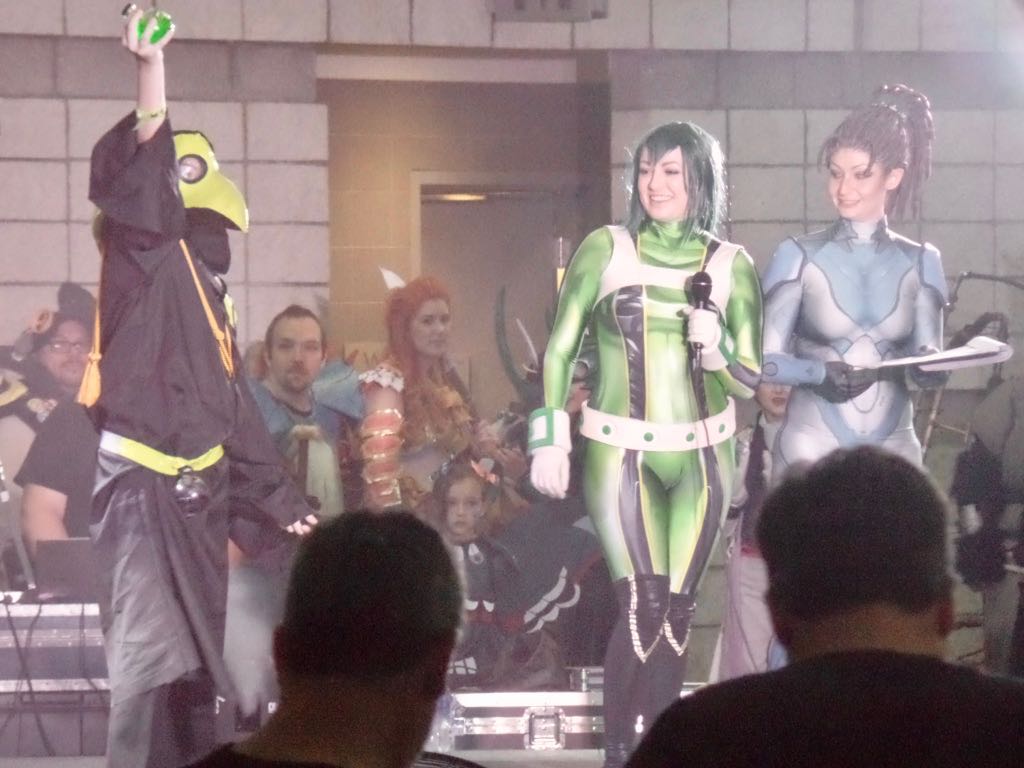 Once more, I don't know who this Character is. But I like the beak. It's a good one. 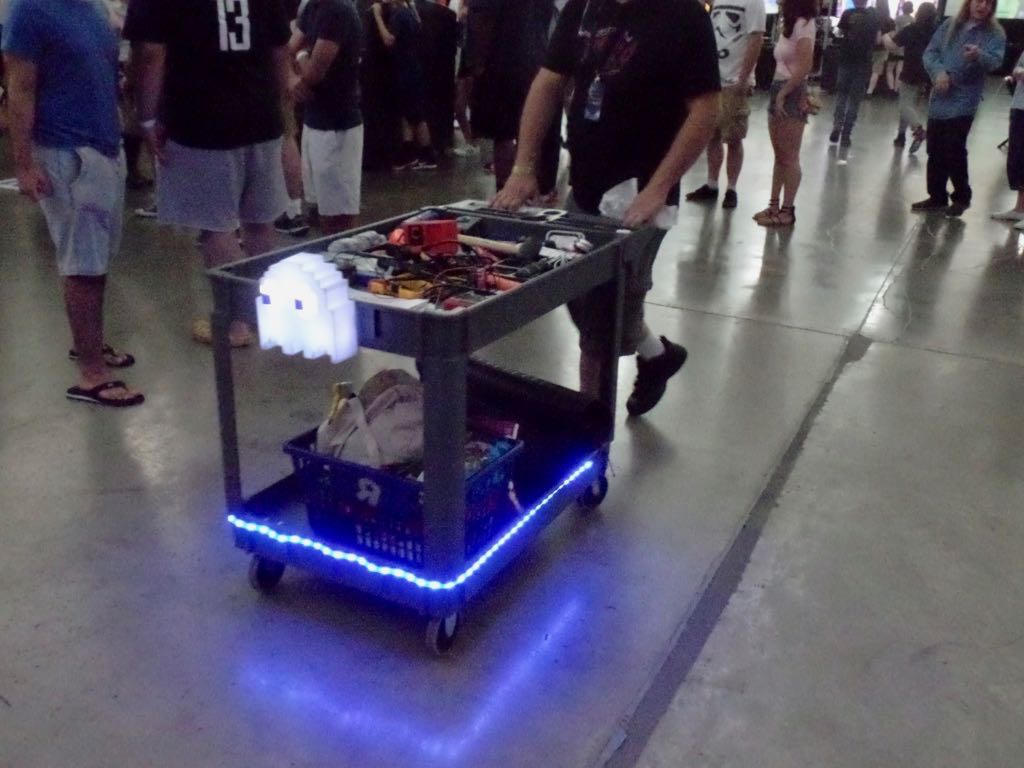 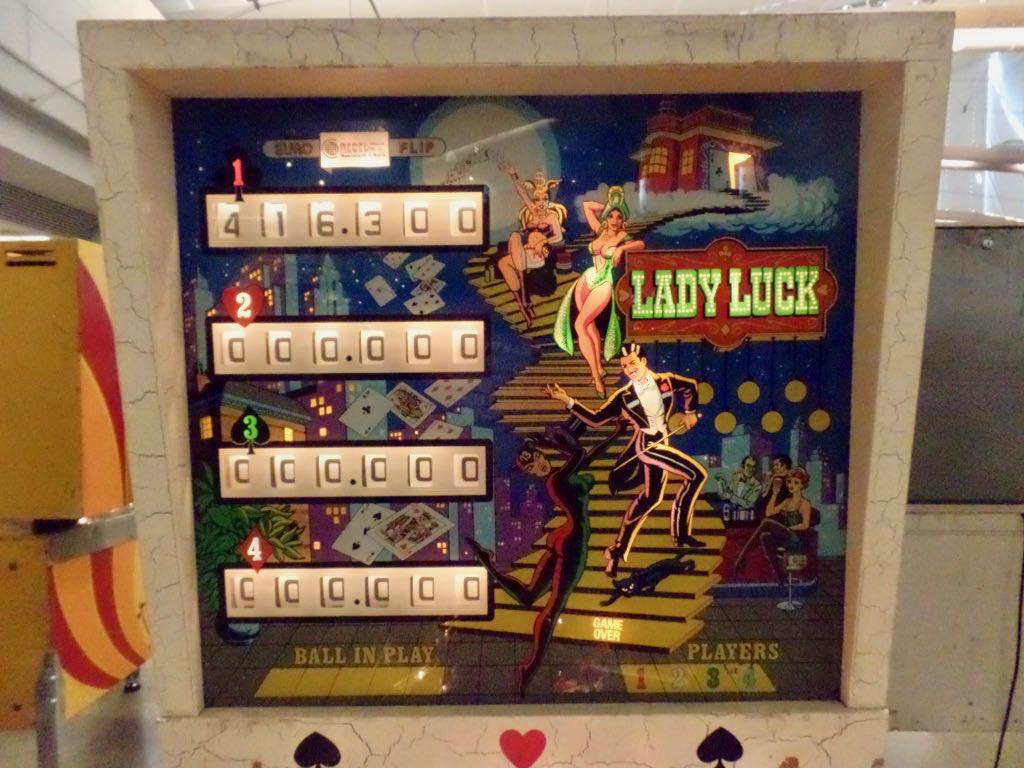 Back to looking at stylish pinball backglasses. Here's a nice Euro Flip game, Lady Luck. One may quirk an eyebrow significantly at the pose of the woman in black, at the bottom, but the picture's still really interesting and keeps turning up more neat details as you study it. 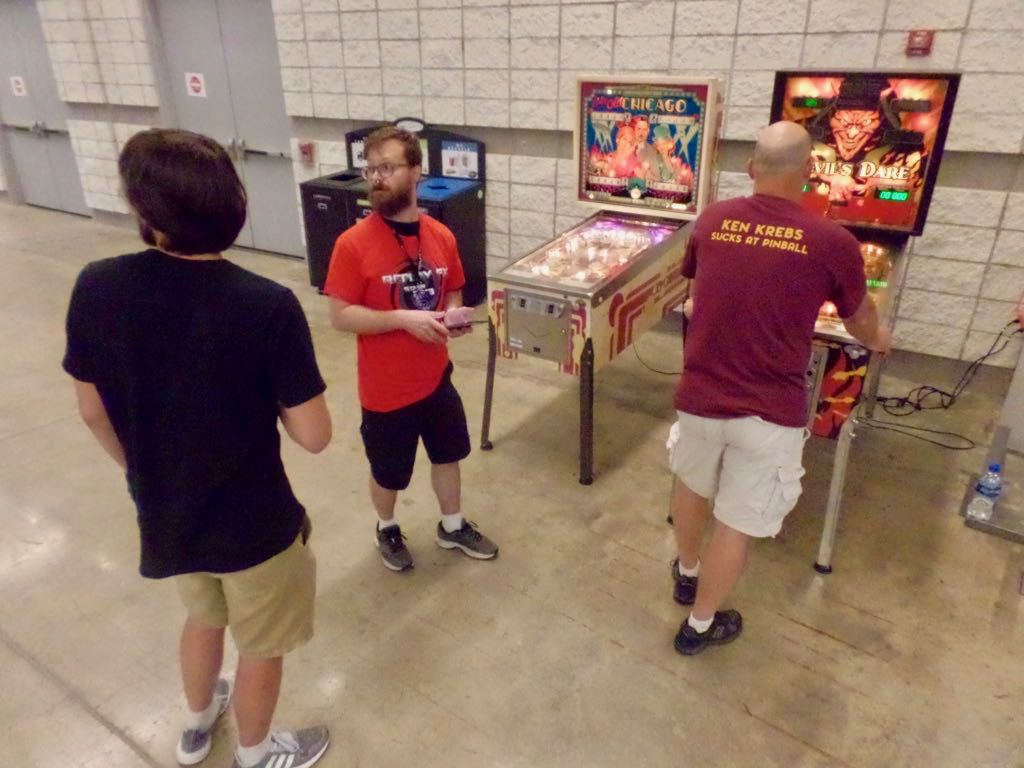 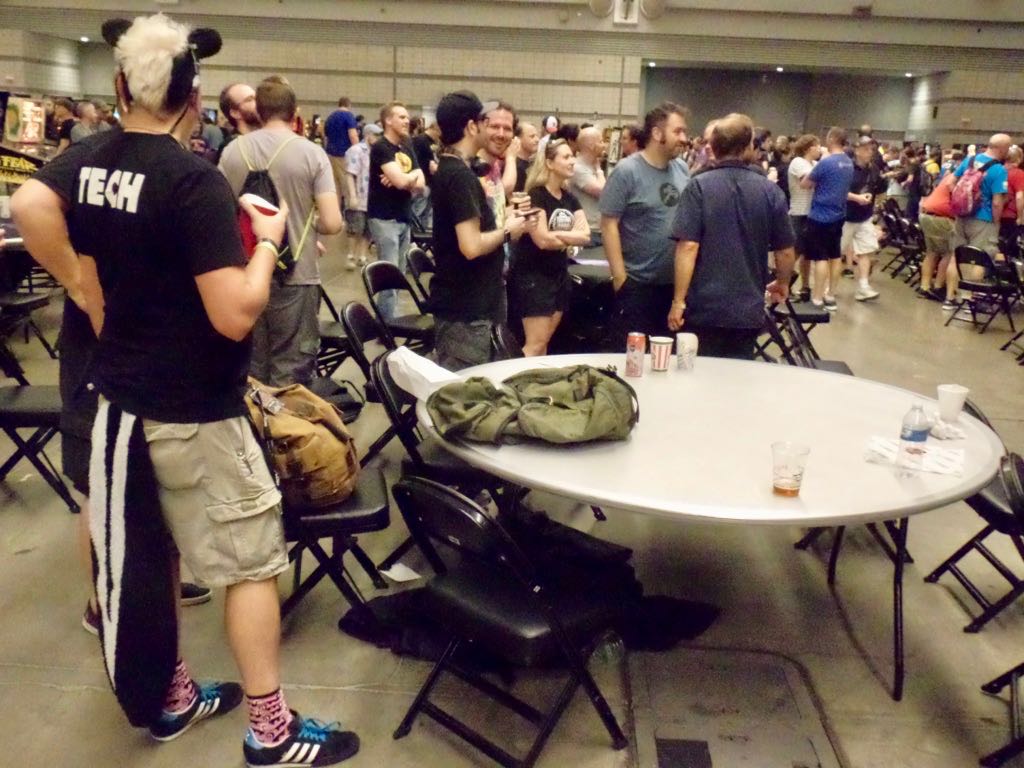 So, uh, yeah, like I've said, Pinburgh happens in the same place used for Anthrocon, and the same month, so ... draw your own conclusions. 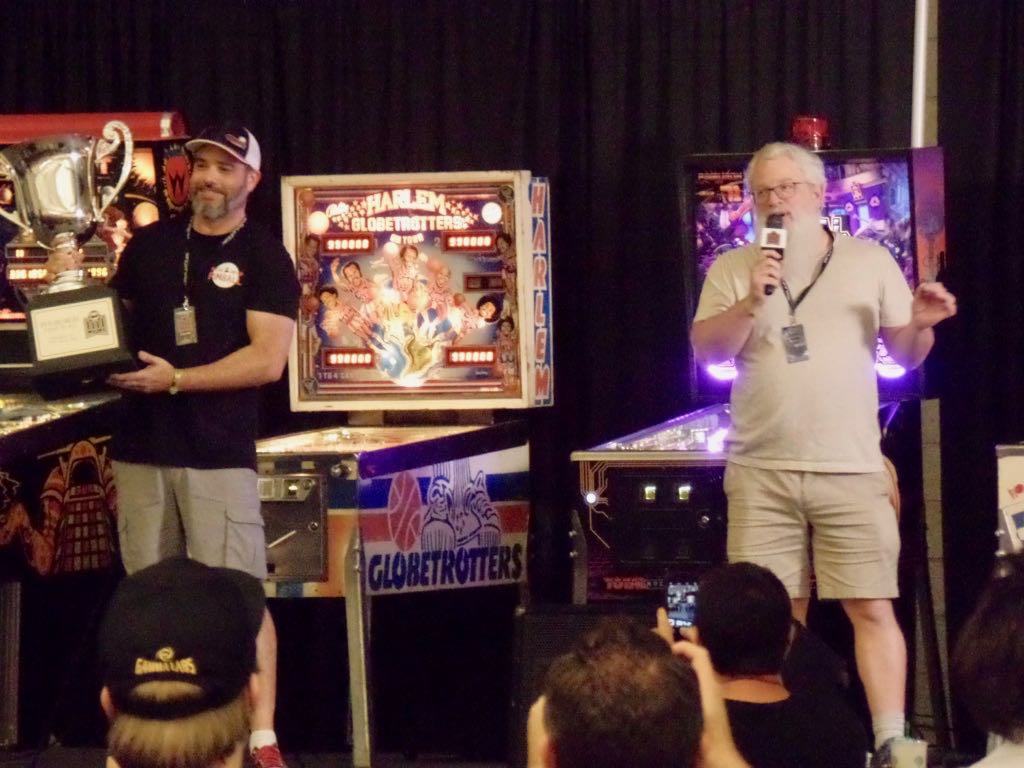 And the A Division has a champion! You can see what an impressive trophy waits for people that far above my level of play. I think the Harlem Globetrotters game was the final game played, but I can't find the exact play sheets to confirm that. So, let's not worry about it. Harlem Globetrotters, when it starts up, does a little bell-heavy rendition of Sweet Georgia Brown and that's fun.

Trivia: Tea fell out of popularity in China in the 13th century as the Mongol people conquered the land. Source: A History of the World in Six Glasses, Tom Standage. (This was the period when Marco Polo ventured to China and likely explains why tea is almost unmentioned in his journals.)

Currently Reading: Square Circle Triangle, Bruno Munari. An extraordinarily Early 70s collection of images and diagrams and thoughts about these shapes. Not really mathematical, although some mathematical things like Peano's space-filling curve (a single curve that's also a square) gets some mention. It's a lot of graphic design, really.