We have another distressed fish. Nothing so serious as the last one, and nothing so alarming. I noticed one who was hanging out on the bottom of the tank, though, and needed vigorous effort to get to the top of the tank. We suspect a swim bladder disorder. To help the fish out, we've put them into a new quarantine tank. This is one we've set in the breakfast nook, where the water will be warmer, which often helps. And fed them a bit of food with Kanaplex, containing an antibiotic, in case the problem is an infection. It may clear up soon. If it doesn't, and it is just a swim bladder problem, the fish will likely be all right anyway. It's causing them to sink, which is an okay problem for a goldfish. Developments as they happen.

And back to the closing hours of Kennywood for our short 2018 visit. 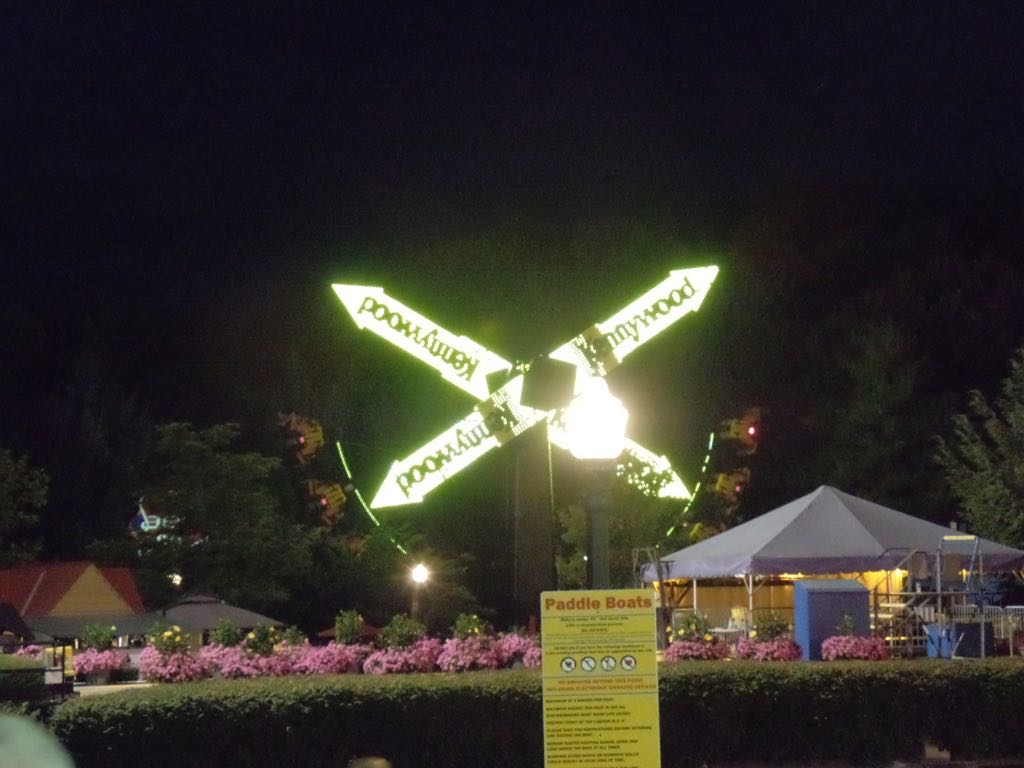 The Aero 360 is this dual swinging seats ride; Kennywood's has a light package themed to the Kennywood Arrow. The lights on it had gotten pretty badly burned out in past years but here, we saw, they were restored so the ride's in really good form. 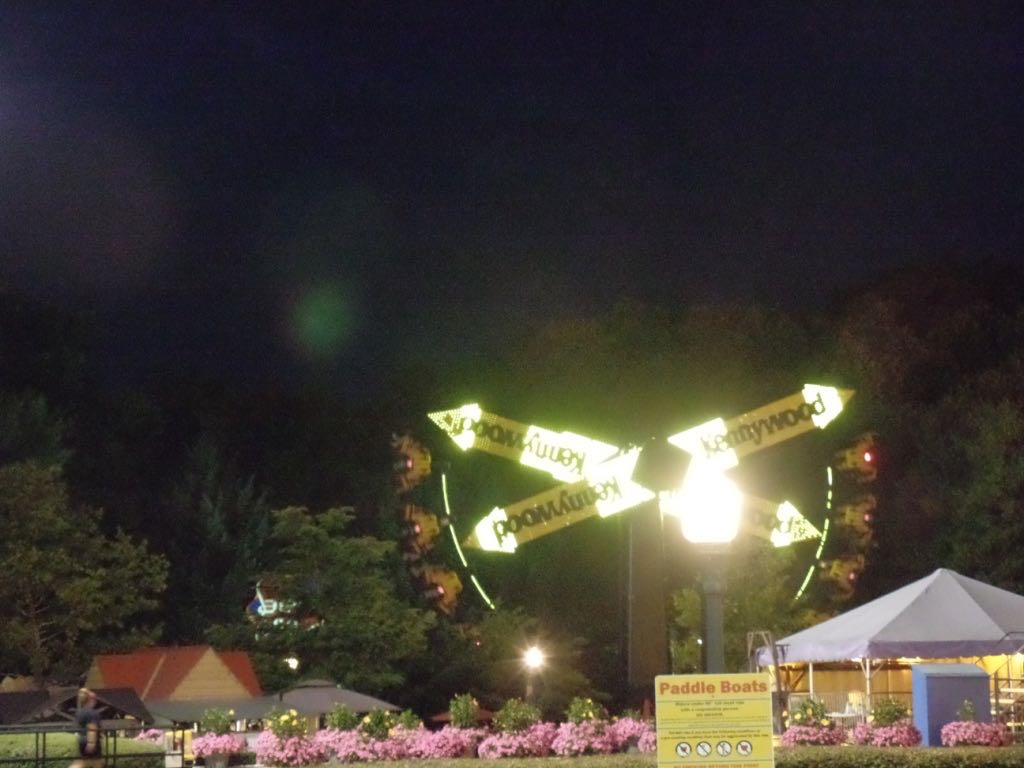 A moment that suggests the animation of the Kennywood Arrow. ... We haven't ridden it;

bunny_hugger does not care for the ride motion. I'm up for it, but the only time we really might have was 2017 when MWS's partner K went to the park with us, and he was up for that, but we didn't get over there. (K and I went on the Black Widow ride, which MWS and

bunny_hugger would rather not have.) 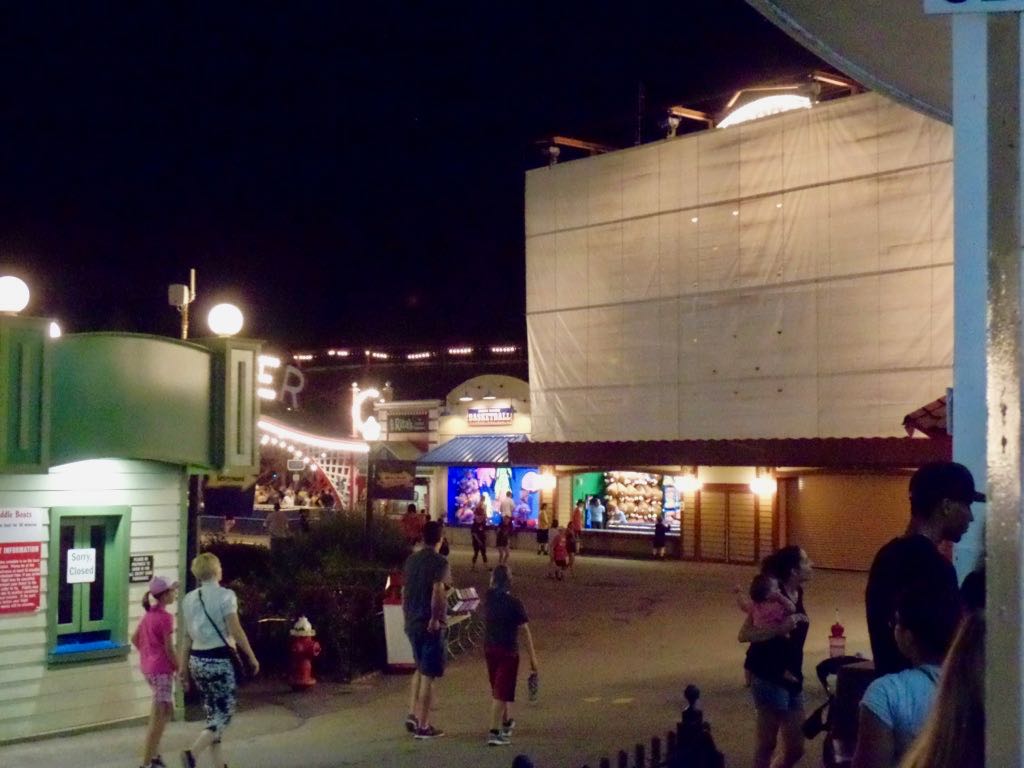 The curtain drawn up, in front of some midway games, in preparation for the nightly laser-light show. 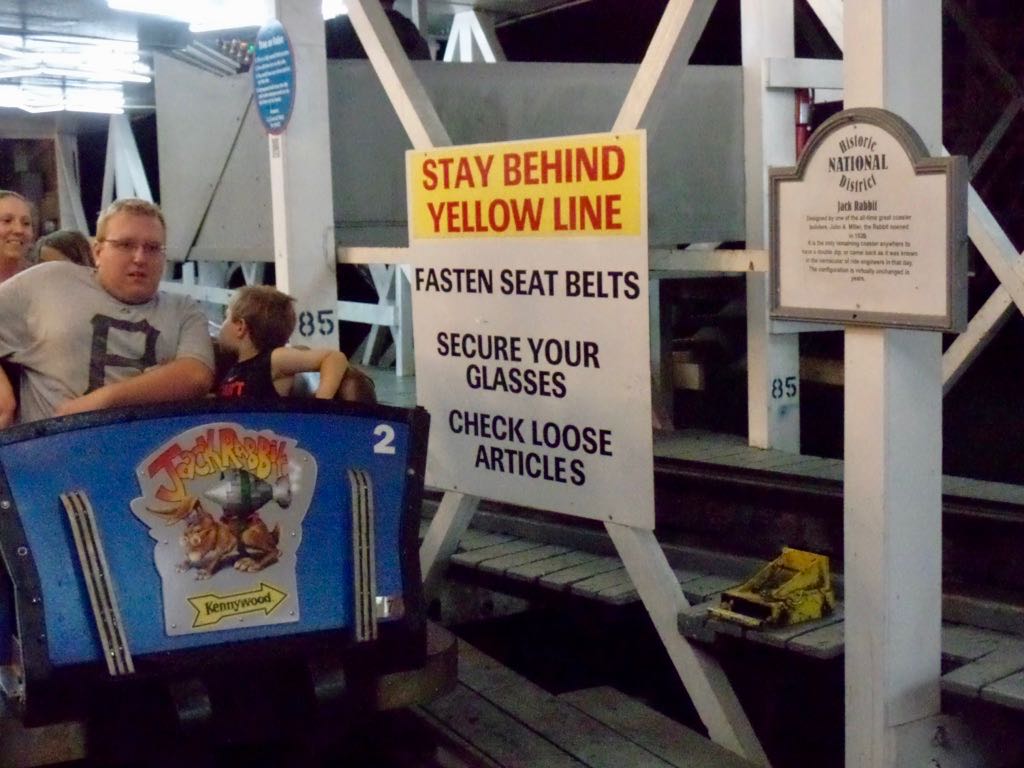 Going back to Jackrabbit to get a picture of the front of a train, its warning signs, and the historic plaque for the then-98-year-old ride. 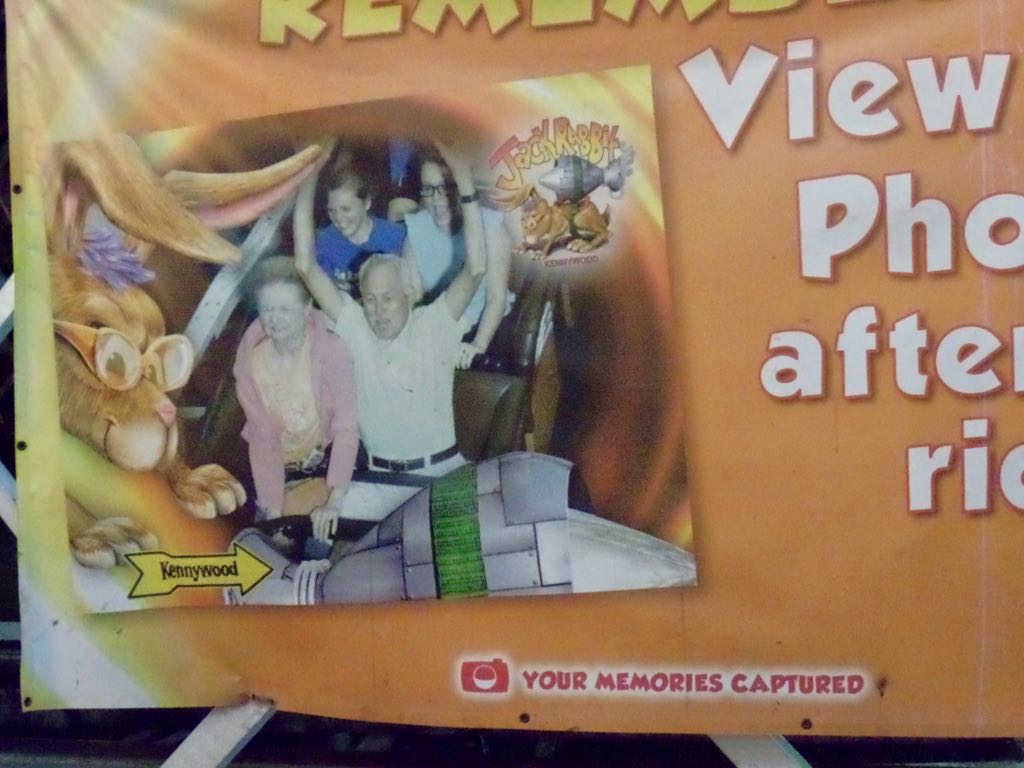 Yes, I took a picture of their ride photo promotional picture, because, boy, that is definitely a candid ride photo. 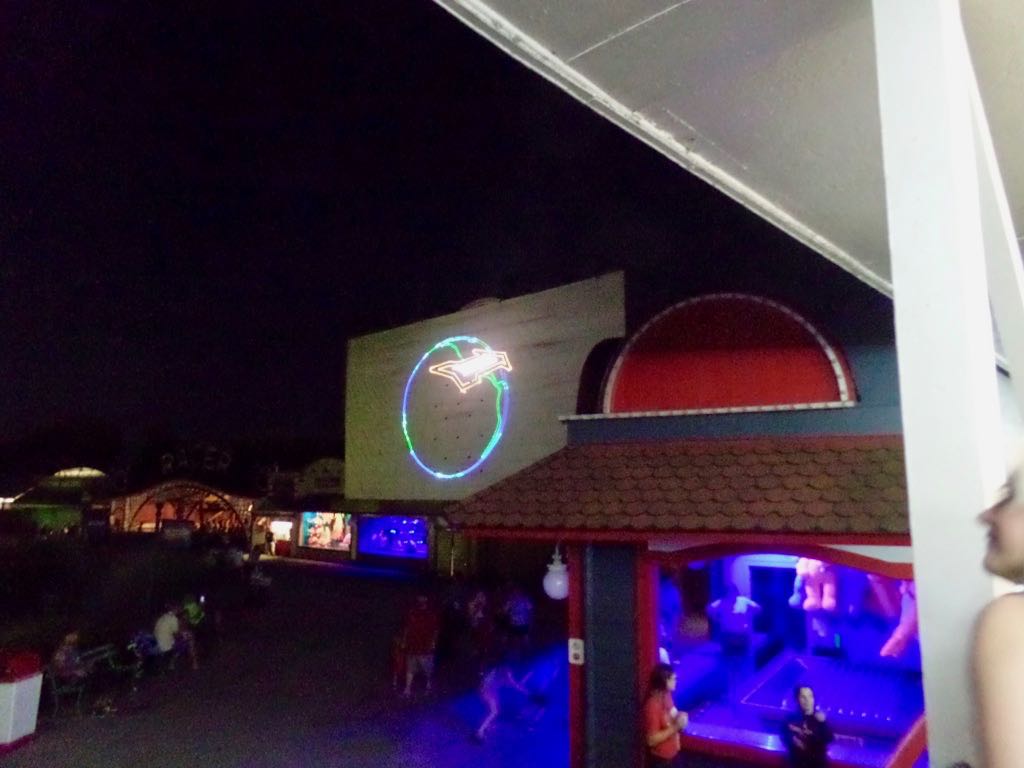 The laser light show gets started! Here the Kennywood Arrow flies in from space. More of the laser light show; they're ... I guess, flying through Pittsburgh? I'm not sure. Anyway, while this is going on, the speakers are playing Neal Diamond's Coming To America. 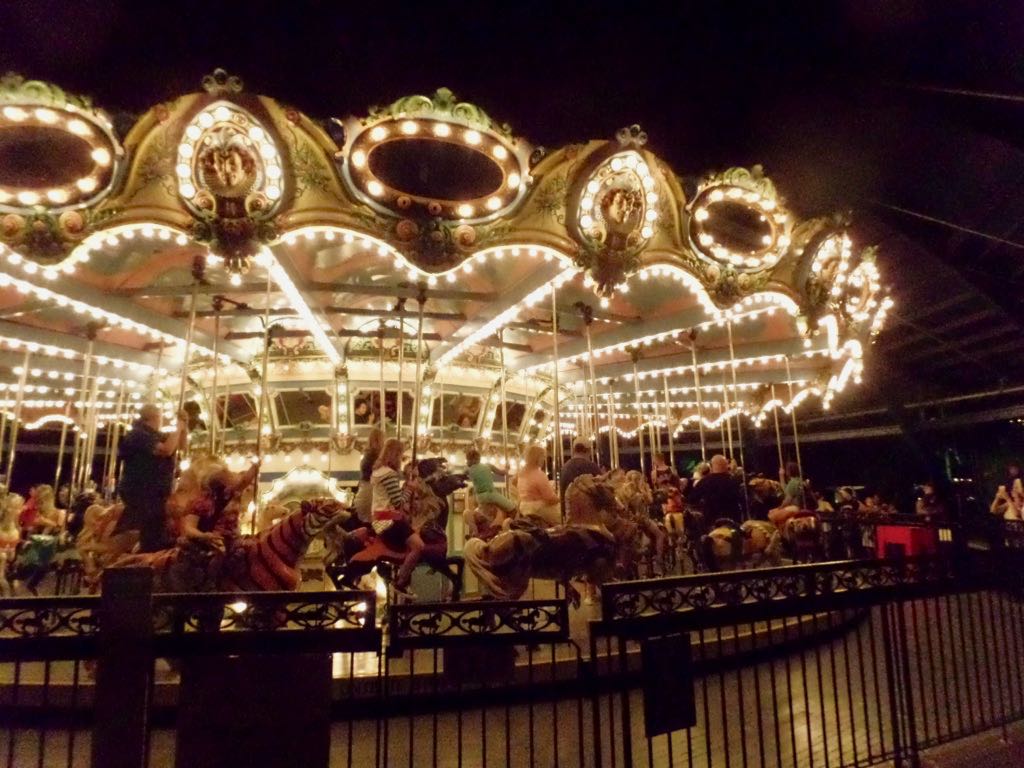 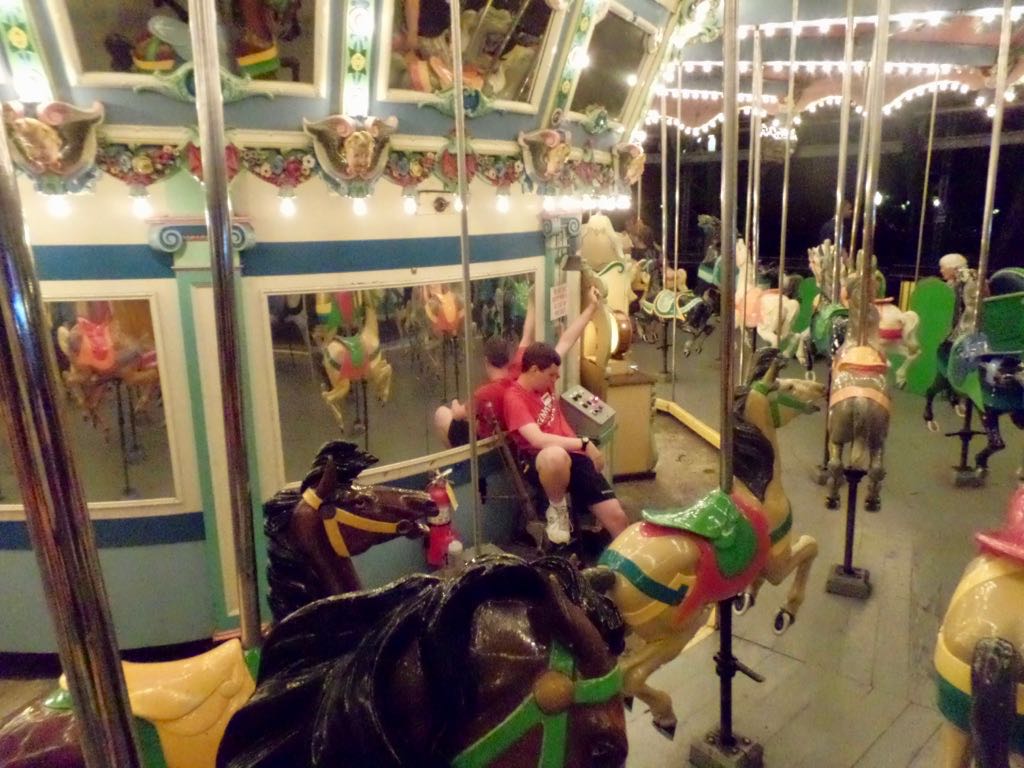 Ride operator ringing the bell at the end of a carousel cycle. 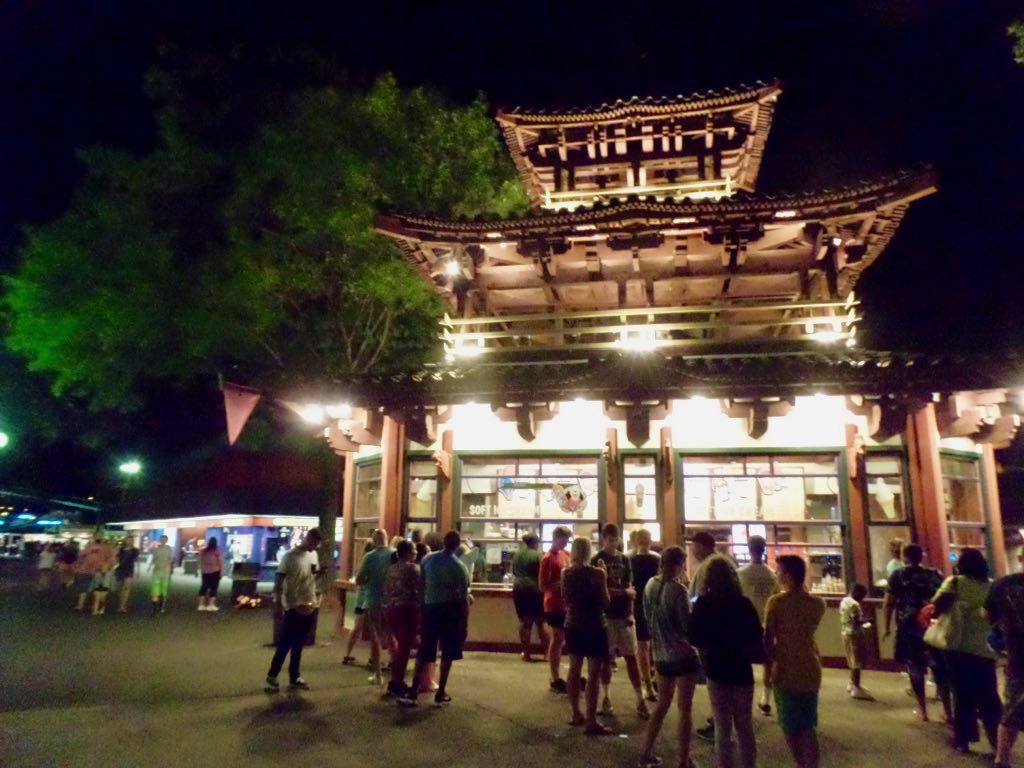 One of the food stands. The building has features not at all visible given that it's a night shot. But there are little heads poking out, gargoyle-like, around it; they're salvaged from the old mill boat ride from before its Garfield-based retheming. 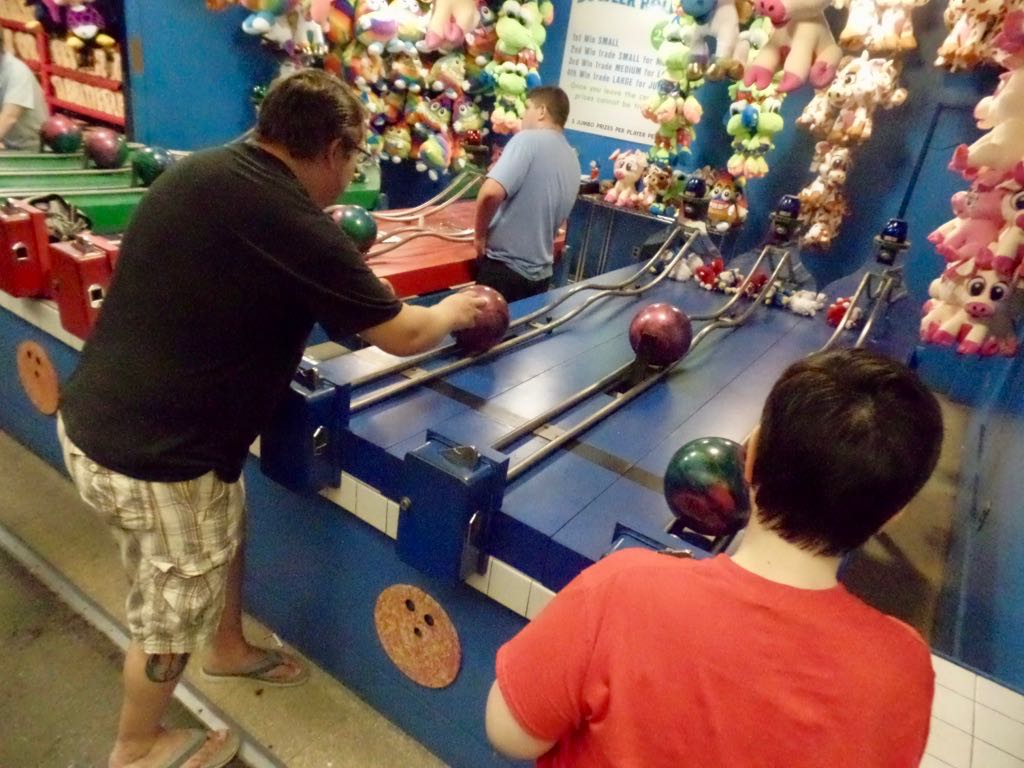 A midway game that we all put a few quarters into. The challenge of pushing a bowling ball just hard enough to get over the first hill and settle into that valley really appealed to us pinball players. It's so close to finding the right skill shot plunge. 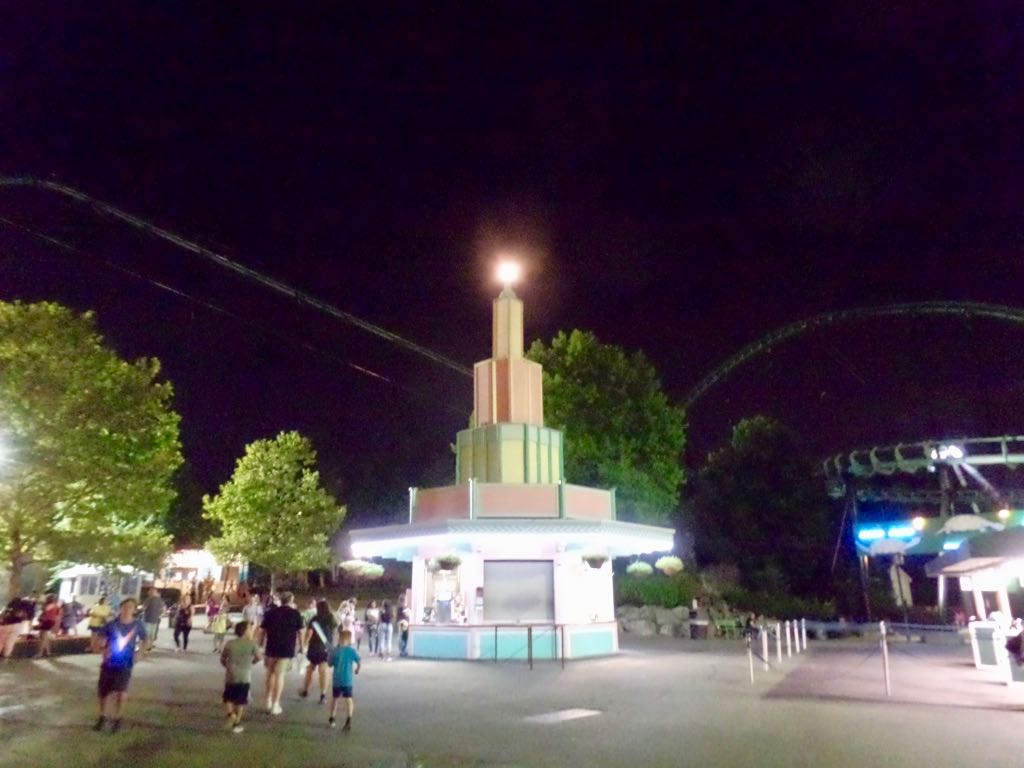 Looking back at the Lucky Stand at night. The Potato Patch, home of the famous and beloved and certainly ... good, since they're fresh-cut fries, but they are just fresh-cut fries, not really seeing why Pittsburghers rate them as 20% more god-food than ambrosia ... fresh-cut fries, is on the right.

Trivia: The manned space flight weekly report documenting the Apollo 11 lunar landing projected that Apollo 12 would launch the 14th of November, 1969, and then Apollo 13 on the 9th of March, 1970. Missions afterward would follow at four- to five-month intervals through December 1972. Source: Where No Man Has Gone Before: A History of NASA's Apollo Lunar Expeditions, William David Compton.

PS: Reading the Comics, April 4, 2020: Ruling Things Out Edition, a couple of comic strips, plus one of my classic ``talking my way through a problem to solve it'' bits.